This Couple takes the most Insanely Breathtaking Photos

If you thought you were not afraid of heights, just check this out. Angela Nikolau and her boyfriend risk their lives to take the scariest selfies. She and her boyfriend climb to death defying heights in countries from all over the world. Here we are going to show you all their pictures proving it.

They don’t even use any safety equipment; they prefer relying on their own body to get to the top. This can sound silly; however, you can’t deny that their pictures are breathtaking. 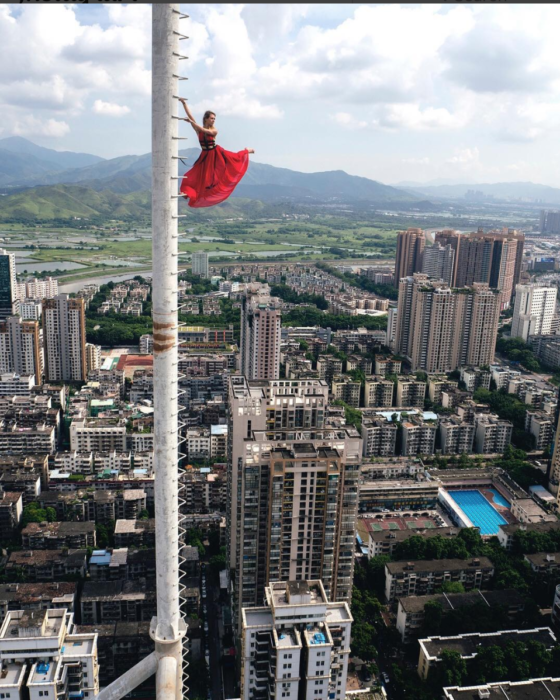 Instagram
Look at this craziness. She says she is an artist, and well, she actually is. Check out the height of that thing. Is unbelievable and that red dress looks beautiful in the picture. However, can you truly understand how unprotected this girl is? 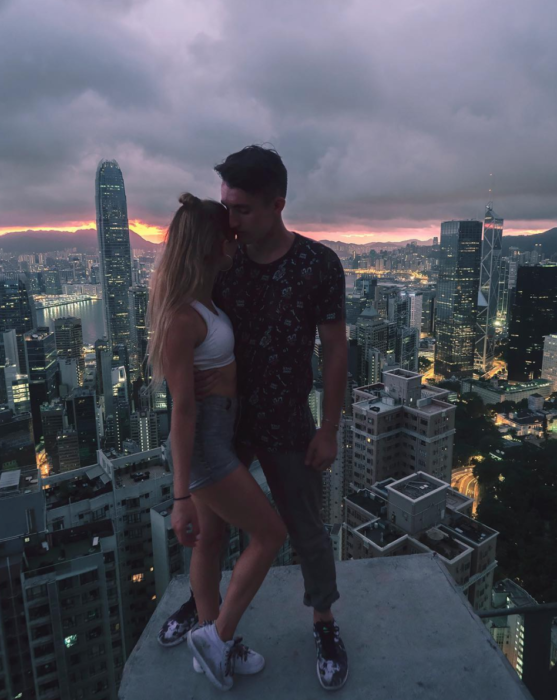 Instagram
This picture is simply beautiful. Look at those buildings. If you didn’t think of the height and their non-protection, this would be a nicest experience. At least for me. 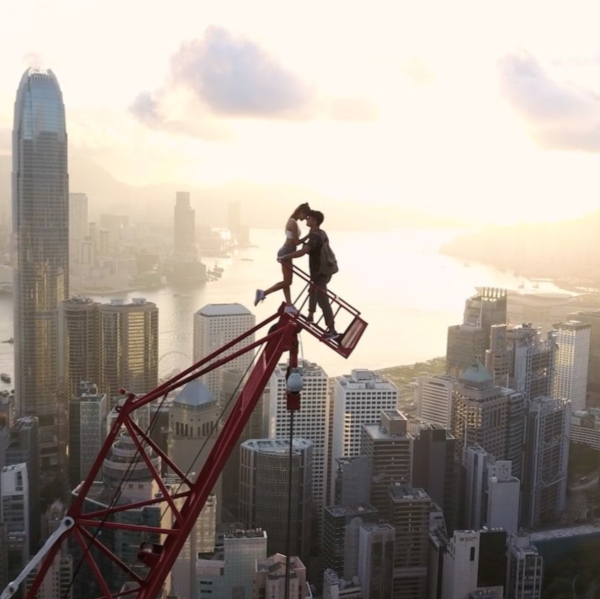 Instagram
This couldn’t be more romantic. Even though I like them and what they do, it gives me a lot of anxiety. Was there any need of lifting one leg? C’mon stop provoking your public people! 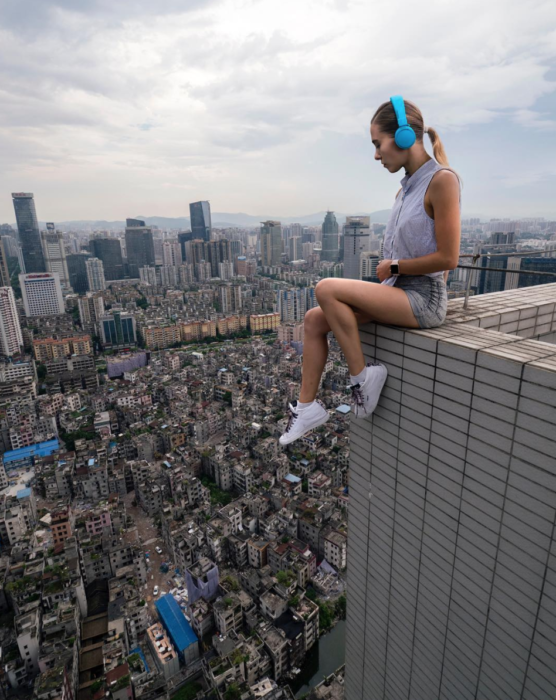 Instagram
She is just there chilling, listening to her music as if she was sitting on a chair with a desk or maybe in her room. Her face looks so relaxing. I can’t get how can she be that unconcerned. 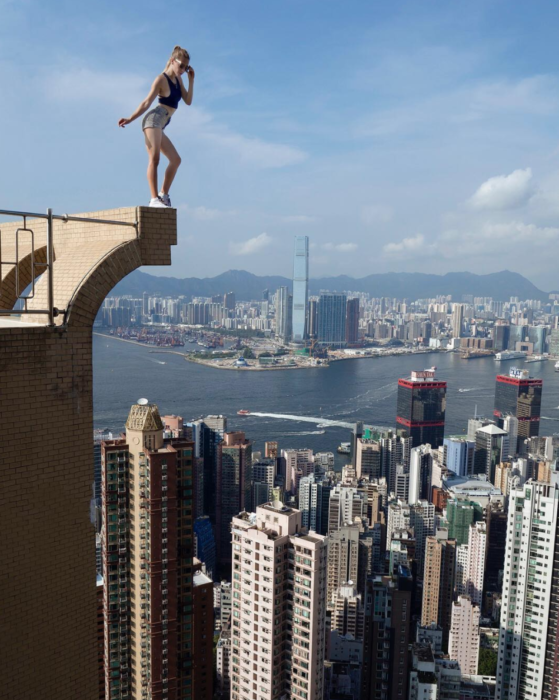 Instagram
“There are more skyscrapers built in Hong Kong than in New York: it is about 8,000 buildings, consisting of more than fourteen floors it almost twice as many as in New York” – she says in Instagram – I can’t even think of anything else than: please take the picture I want to run away from this tall place! 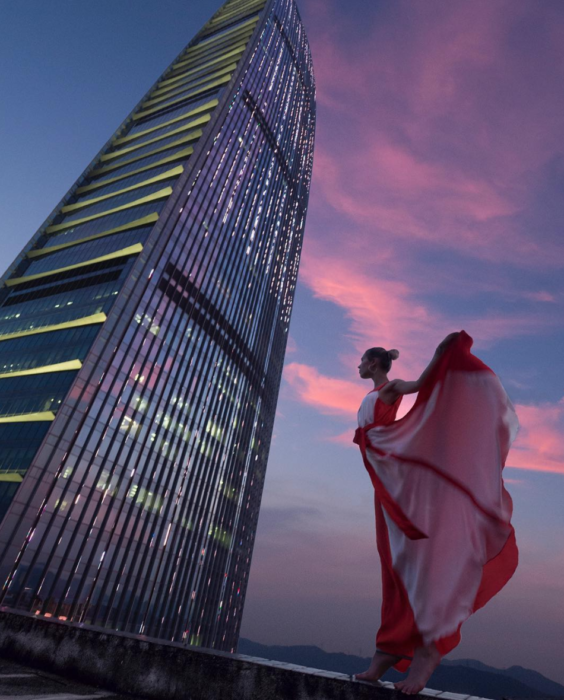 Instagram
This stunning picture is taken in Kingkey Finance Tower which is a super tall skyscraper, it’s quiet an amazing picture not to talk about its colors. Wonderful framing as well as her outfit. Poetic and romantic. 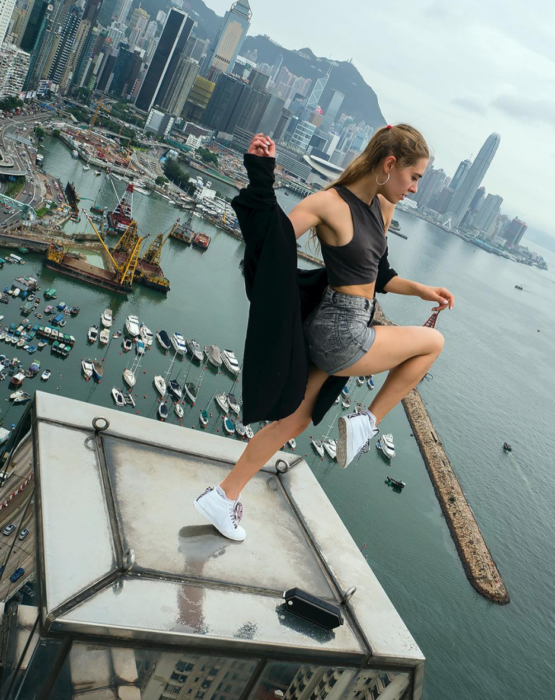 Instagram
Trendy Angela nailing it again and again! Strangely posing with one lifted leg as always, she looks careless and stunning with that paradise in the back. 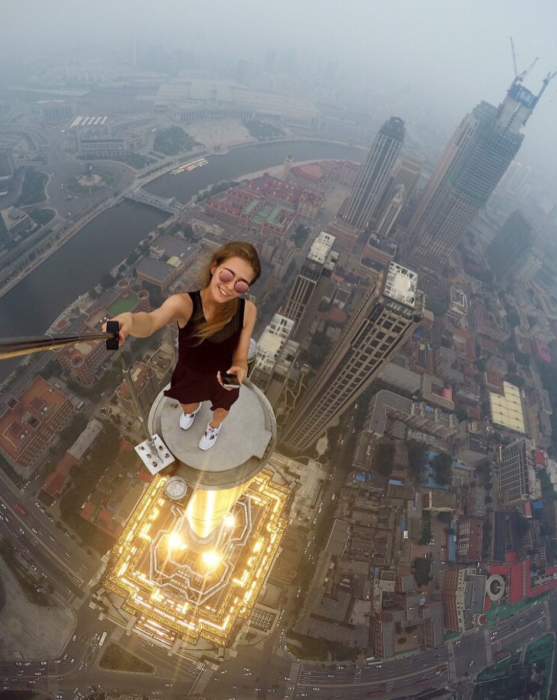 Instagram
I read on her Instagram that British people, apparently, recognized her selfie as the most dangerous selfie in the whole world. Wow! Nice one Angela! 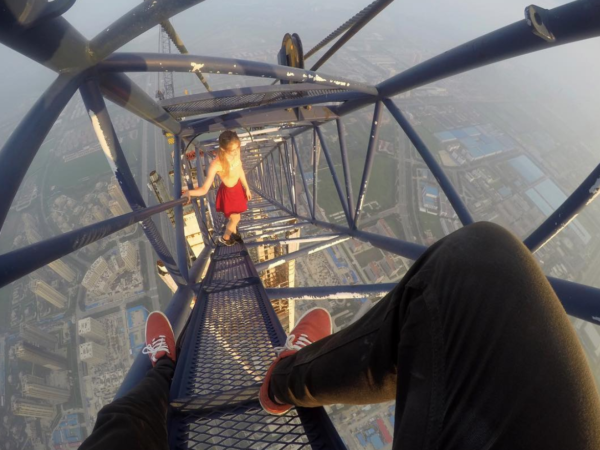 Instagram
Apparently, this is the highest building in the world! She said that when she stood on the crane she was scared. Who wouldn't be scared? I wouldn't even be able to be out there! 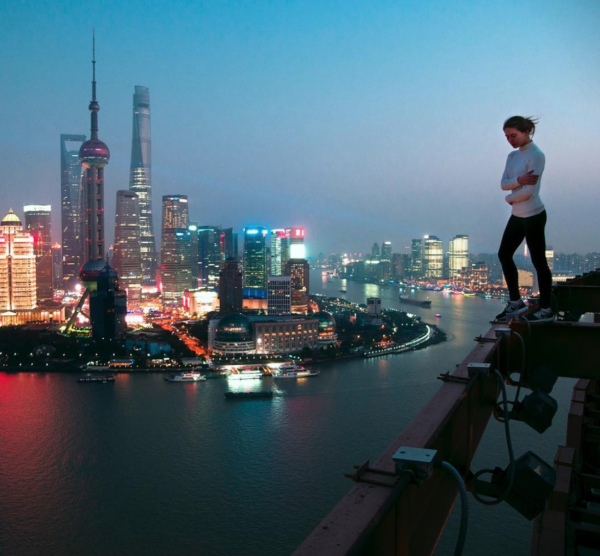 Insagram
I read in her Instagram that in China there is a monument to the Russian writer Pushkin in Shanghai and apparently, this is the only monument there in Shanghai to a foreigner who survived the cultural revolution. 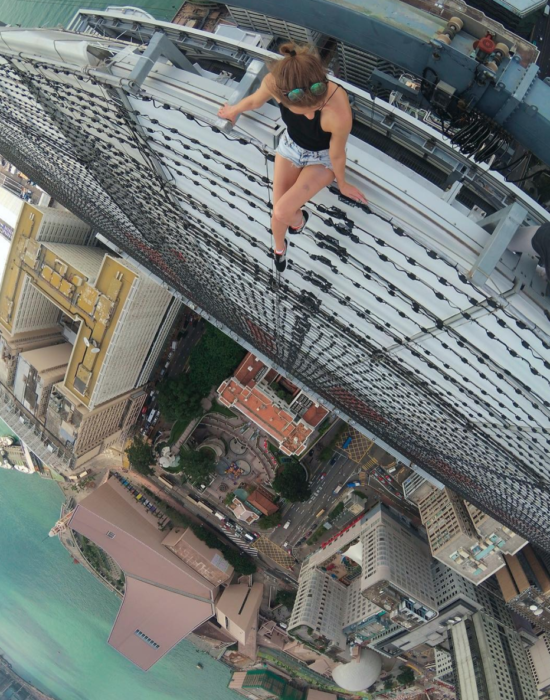 Instagram
If you remember an airport as a stressful place where you need to pay attention to departure times and changes of gates. Look what is Angela doing. Just chilling there at that height! I can’t believe what I’m seeing. 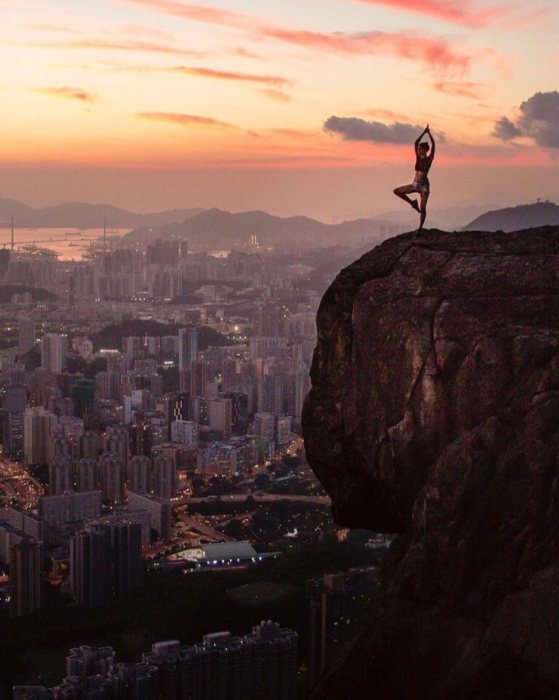 Instagram
Sometimes I don’t get how anybody could be this brave. This girl can easily trip on anything and fall, but her passion is stronger than anything else. She loves doing this and being an artist with no scales. 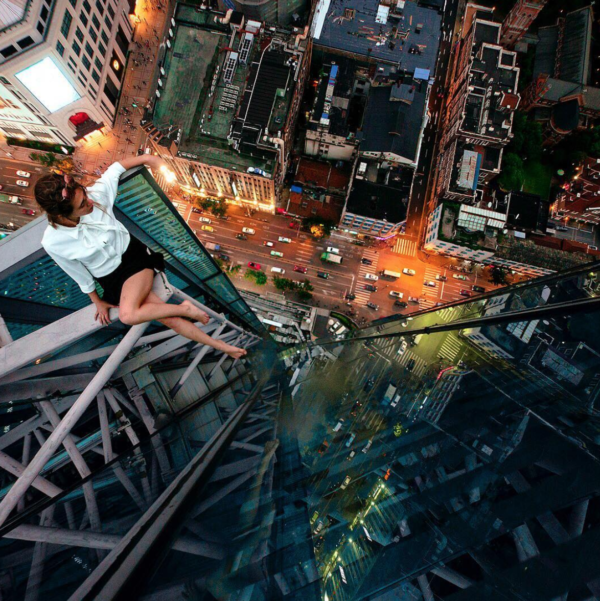 Instagram
It’s funny how she sits there, watching that amazing view but with that corporal expression as if she was in her living room couch. Simply wonderful. 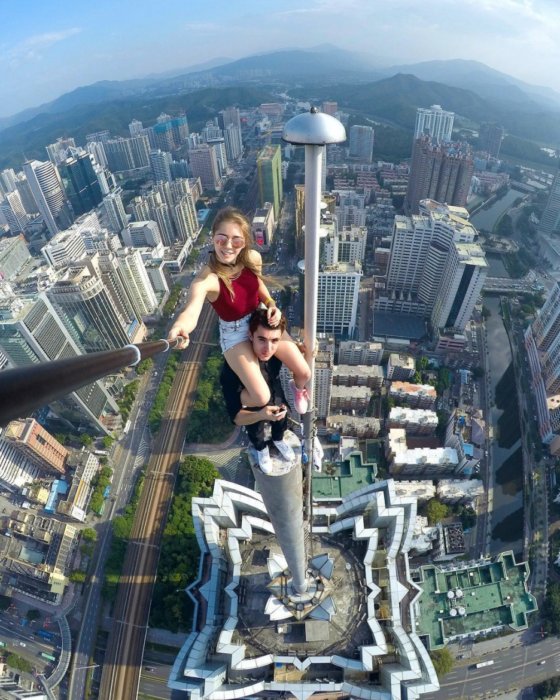 Instagram
OMG. I can’t even look at this for a long time. I feel like they move just one centimeter and DISASTER. Really, I personally don’t feel like this is necessary like this. I mean, with any protection at all. 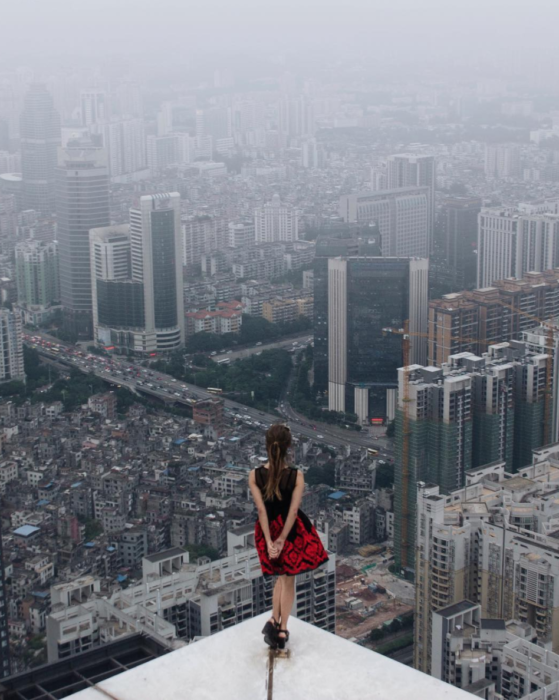 Instagram
Nice and pretty Angela. Striking a pose with that red skirt and (if it was not enough) high heels. This girl is simply reckless. These are residential ruins in Guangzhou, China. She preferred visiting them from above. Of course.. 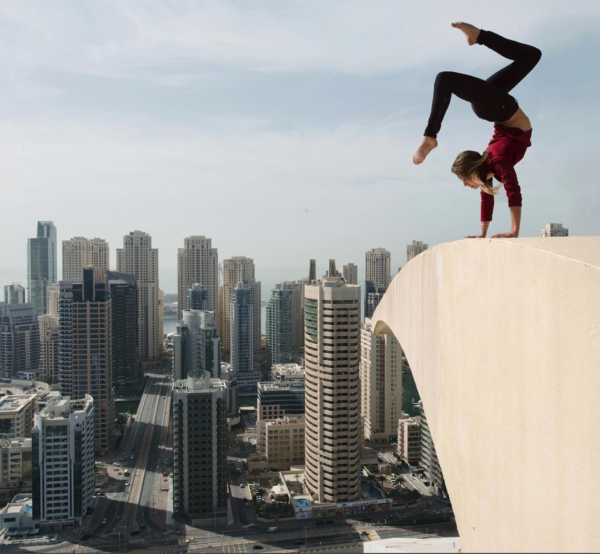 Instagram
When anyone else would go visit Dubai’s best places, and take regular pictures of the most important things here, Angela decided to go visit it…. upside down. 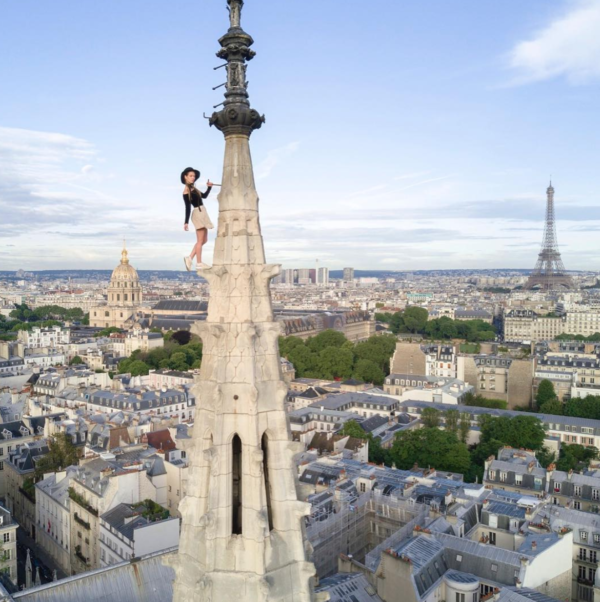 Instagram
Wow! Imagine, watching Paris from that height, anything could be more beautiful. And well imagine a picture of you visiting Paris from there. That would be great, right? Angela wrote in Instagram that this church is beautiful inside and out. 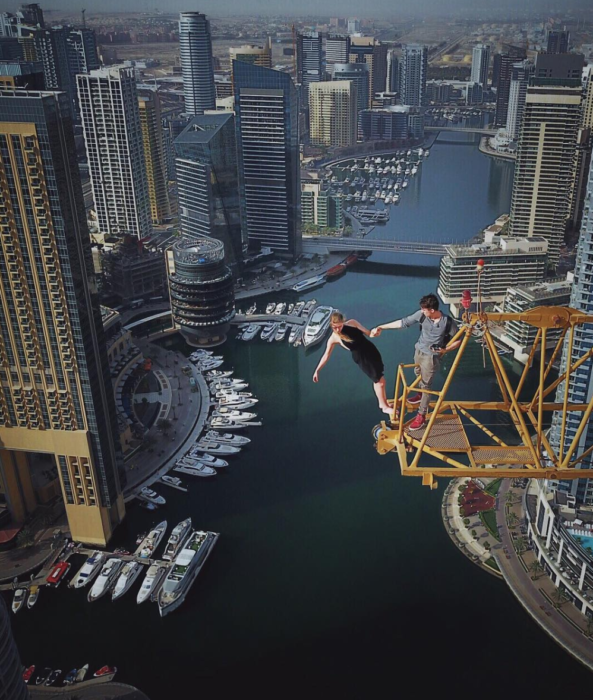 Instagram
Sometimes we think people who risk themselves are not afraid of failing like here with Angela. But guess what? She said she actually was scared taking this picture. We are all humans cut with the same knife. We are all afraid, the only thing is who is willing to overcome that fear and take the risk.

Highest construction site in the world 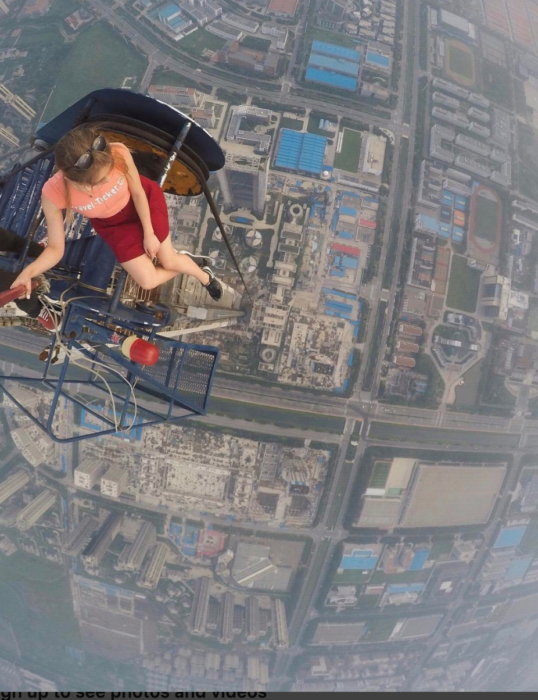 Instagram
This does not look real at all. Look at those tiny little buildings that are in the picture. I can’t believe how she can do this. Really, I admire her. And those amazing views her pictures share to us. 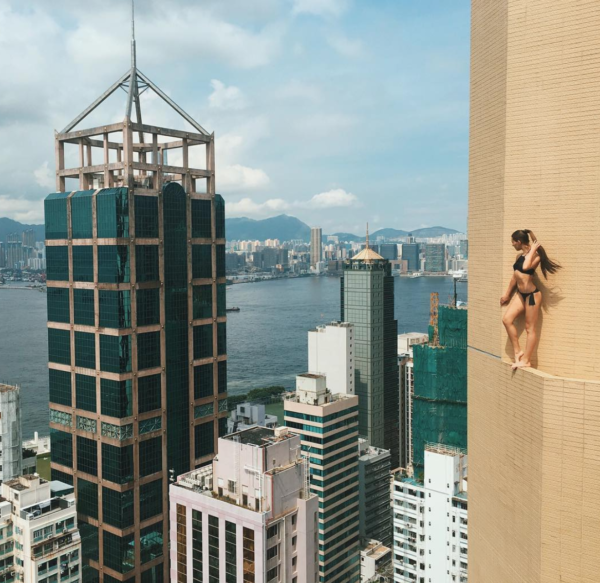 Instagram
Beautiful Hong Kong once again but now it’s even more dangerous. Look at this one, she has nowhere to hold on! And the place where she is standing is tiny, even smaller than her own feet. OMG, this is truly terrifying to me.
Compartir este artículo
Mundo.com