These Things Managed To Blend Perfectly Into Their Surrounding

Have you ever worn something that was exactly the same color, texture or that had the same exact shape as its surrounding? I don’t think so. I mean, why would someone do that, at least not unintentionally?

Well, believe it or not, these photos show some amazing situations where people or even everyday things managed to match perfectly with their surroundings, there are some of them that I couldn’t see well! Check them out. 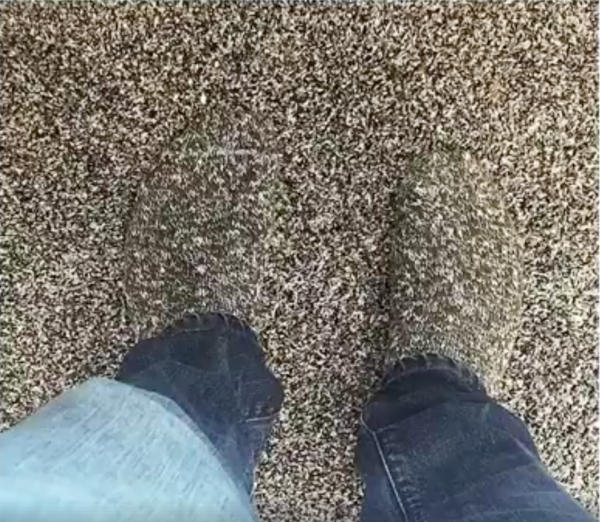 Google.
Watch out! Don’t step on this guy. You can’t see him; however, he is just wearing socks that are exactly the same texture as that carpet. Awesome! Right?

Key blended with the latch 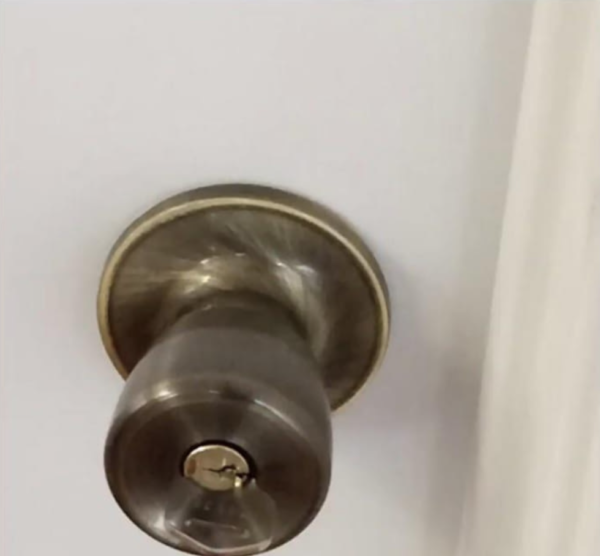 Google.
I couldn’t see this one at all! That key is exactly the same texture and color. I scrubbed my eyes a few times. 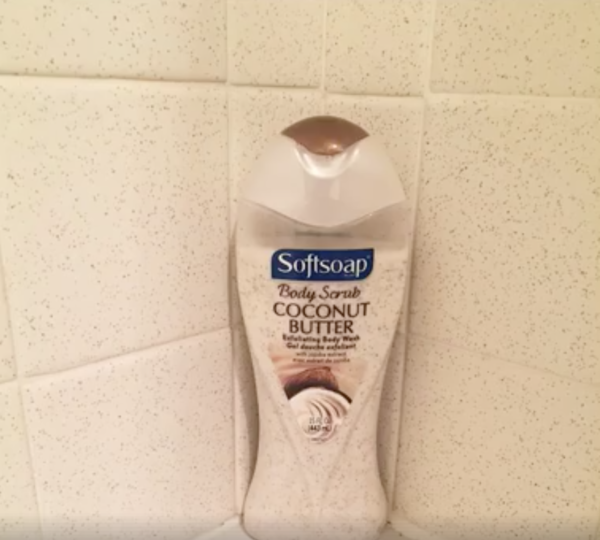 Google.
That coconut butter soap can’t be better. Those tiles are so specific that can’t be that similar to that soap. LOL. 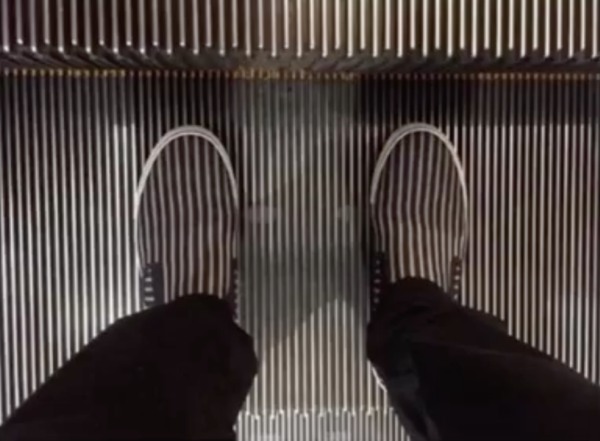 Google.
OMG! Look at those shoes. The stripes or the shape I don’t know what’s exactly the thing that makes them that similar. 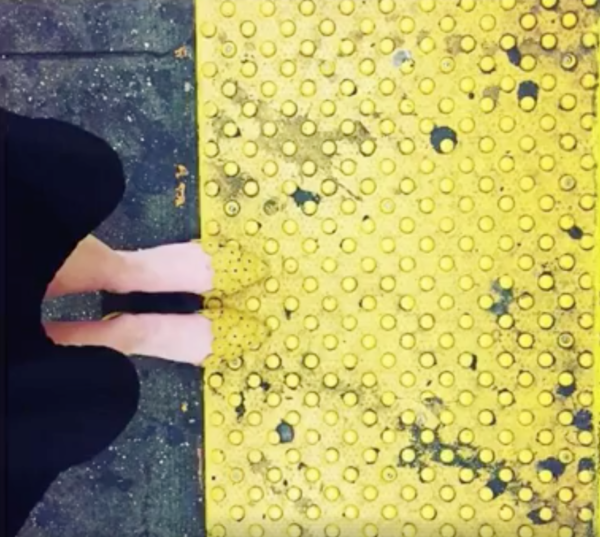 Google.
It can definitely look like a taxi but it’s not! It is actually the subway platform and those shoes are nailing it! I simply love them. 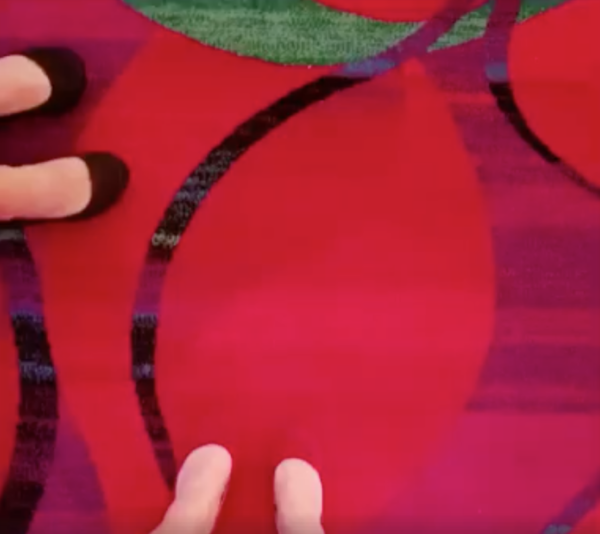 Google.
I can barely see this one. I mean not only the shape blends perfectly with this carpet but OMG the color is exactly the same red. I honestly had to look for them a few seconds. I give you a tip, if you follow the girl’s legs you’ll find them quicker. 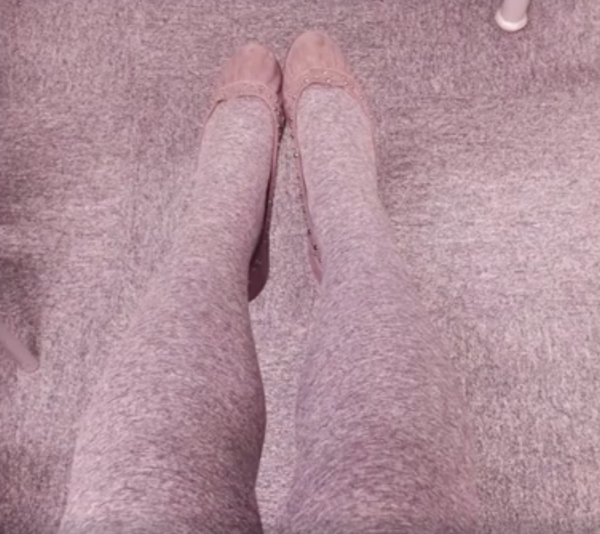 Google.
Yes, there is a girl wearing long socks... it may be tricky to see because they perfectly blend with that carpet! Those long legs wearing that socks made my day. How could something be that similar to an office carpet? 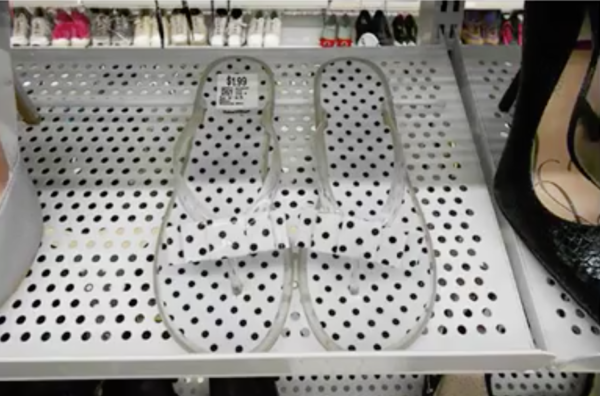 Google.
This can look like fridge holes but no people! They are flip flop dots. Can you believe it? they are pretty cool. 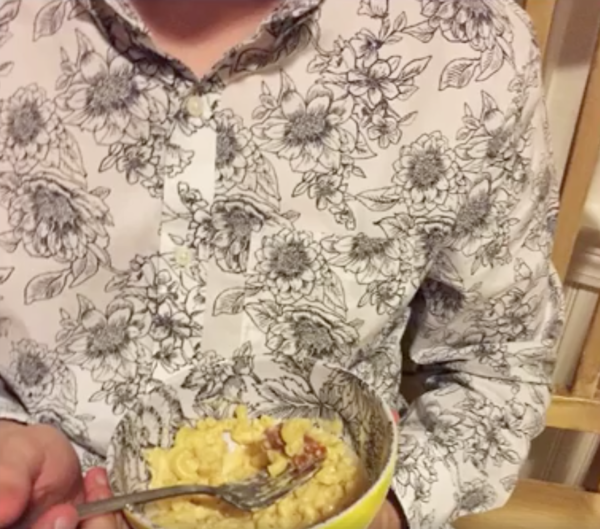 Google.
Do you prefer this pattern on your shirt or on your pasta bowl? I strongly feel like it’s better to wear it. But there are tastes for all! 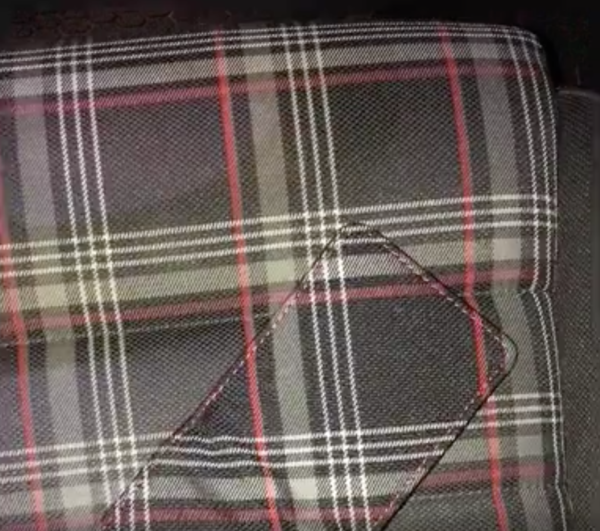 Google.
I wonder if this person has to look for their wallet a lot... it blends perfectly with the tapistry behind them! Pretty neat effect, but terrible if you're like me and leave your stuff all over the place. 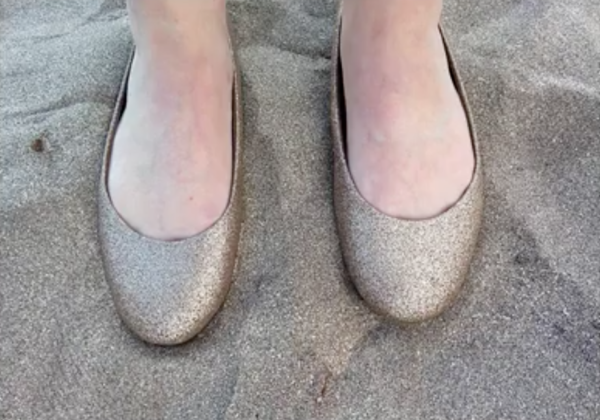 Google.
Who would have thought that sparkly golden shoes would look exactly like sand? Well, this girl figured this out by wearing them. 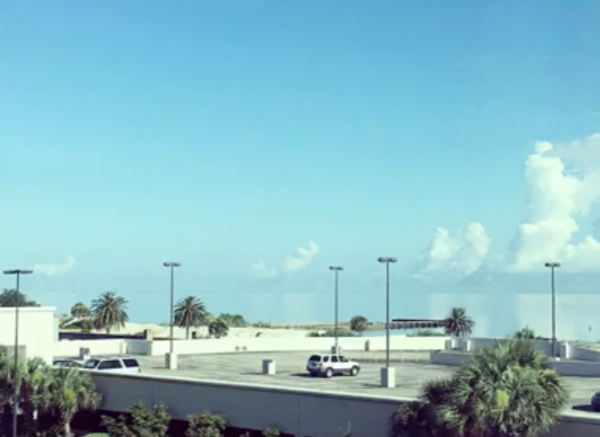 Google.
Is there any lake? Yes, look carefully! It is just the same color as the sky. That’s why you can’t see it perfectly. It looks like a mirror or something, don’t you think? 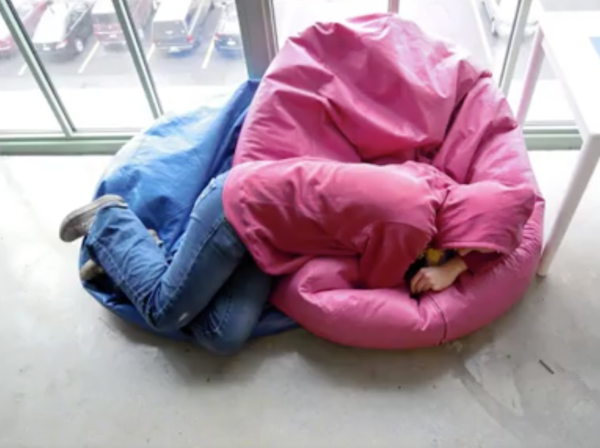 Google.
LOL. This one is great. I don’t know the guy but I definitely want to be friends with him. This is really funny. Imagine arriving to your office and seeing something like this? Awesome! 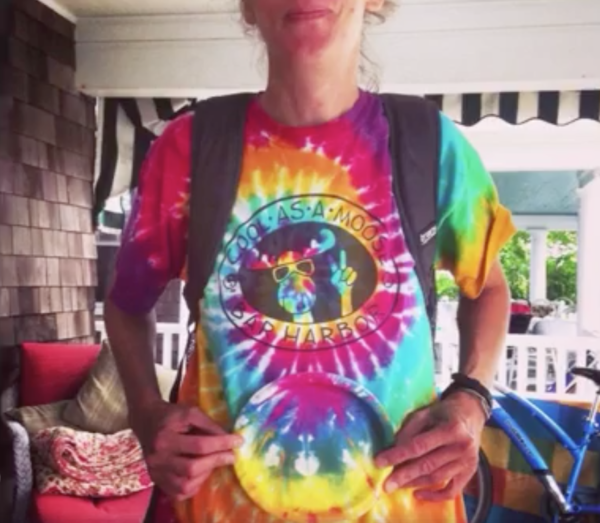 Google.
That can be a regular paper plate. However, look how cool it is now that it matches that t-shirt. LOL. Hippie and cool at the same time! 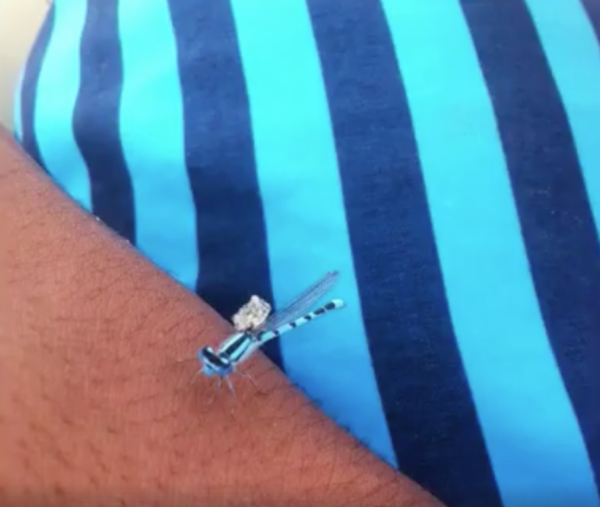 Google.
How cool can it be that an insect matches your swim shorts? Well here it is. The most beautiful insect you’ll ever see. It has stripes and its blue. What else could it have to be better? 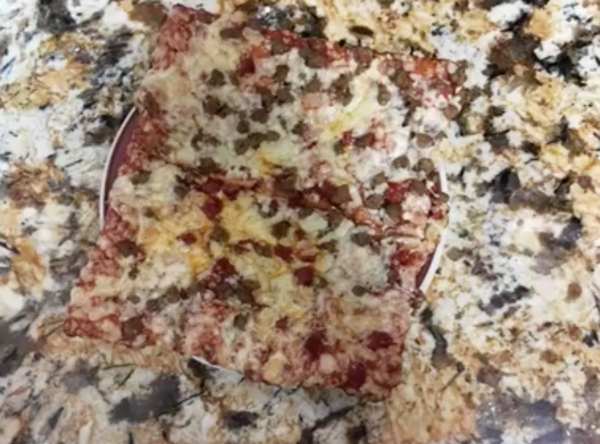 Google.
These people cooked a pizza in their oven, and when it was ready they proceeded to put it on the counter to let it cool. The issue then was that they couldn't see it! Kidding, they probable were able to see it but if you look at the pizza from this angle you can see the granite countertops and the pizza look amazingly similar. 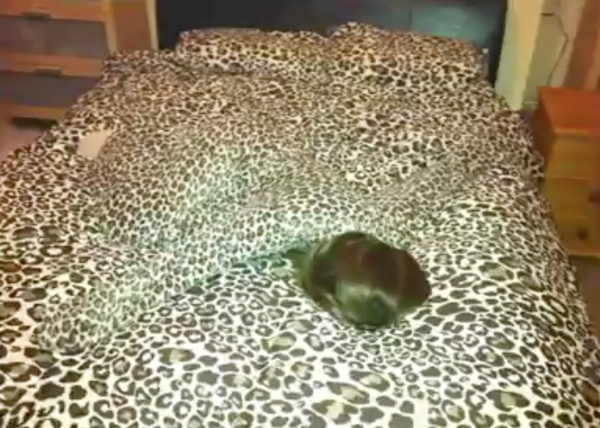 Google.
Is that a cover? His girlfriend? Or an animal? Well, yes, if you look at her head the answer is quite easy. However, try not to look at that and focus on the rest. It’s impossible to know. LOL! 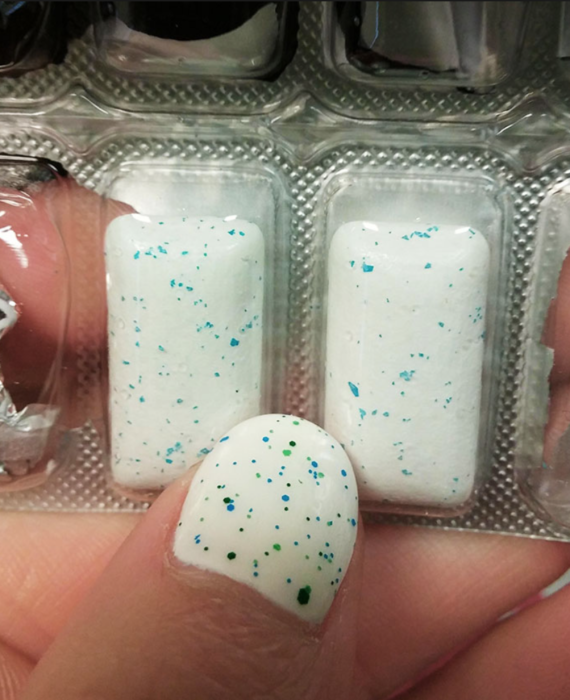 Google.
Well, that gum doesn’t catch my eye at all. However, look at those nails! They look exactly like the gum. I like them though so just mixed feelings haha. Just make sure you don't bite the wrong thing! 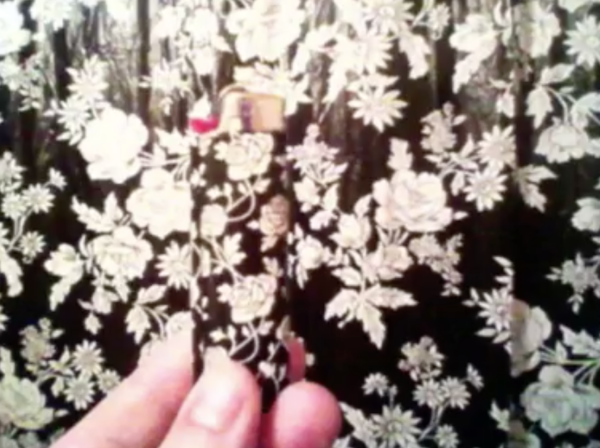 Google.
This pattern is very out there, and amazingly two different manufacturers from two very different household objects decided they wanted to use it on their product. What were the chances that someone had both products in their house!? Very slim, methinks. 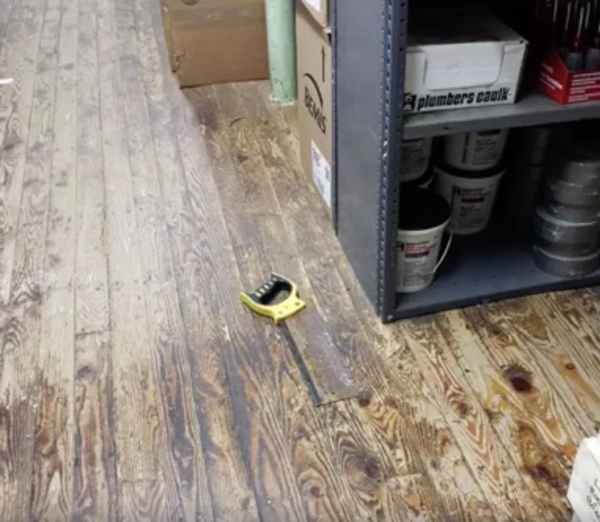 Google.
Be careful! That blend could be a little bit dangerous. Imagine being with no shoes on and stepping on that. Not funny at all.
Compartir este artículo
Mundo.com