These are some of the most expensive sneakers in the market! | Mundo EN
Omg

These are some of the most expensive sneakers in the market!

Can you believe that there are some people that wait for days until their favorite sneakers come out? I mean it’s like the new sensation. Like people waiting for the new iPhone to come out or even when you see people in a line waiting to buy a ticket to a cool concert.

Well, something similar happens with sneakers… the thing is, we can’t imagine it that easily. The sneakers industry really is a giant and even when it sounds hard to believe, there are many people who spent small fortunes to get the latest models. Here are some of the most expensive shoes right now! 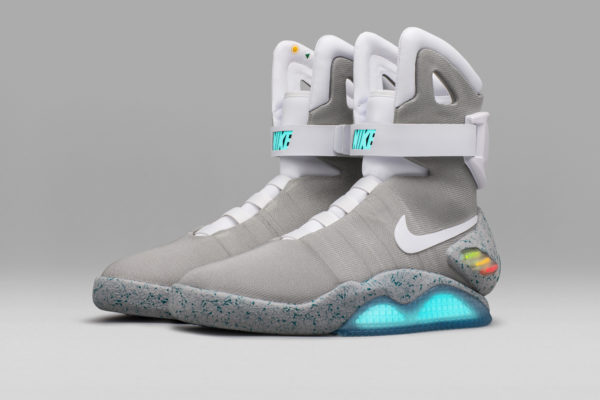 Google.
This shoes were firstly conceived in “Back in the future” II, the cool thing about them is that they have an auto-lacing system that apparently is catching everyone’s eye. They cost $26000 so if you are a big fan of the movie or a sci-fi sneaker lover I think you’ll be interested. Can anyone borrow 26 grand? 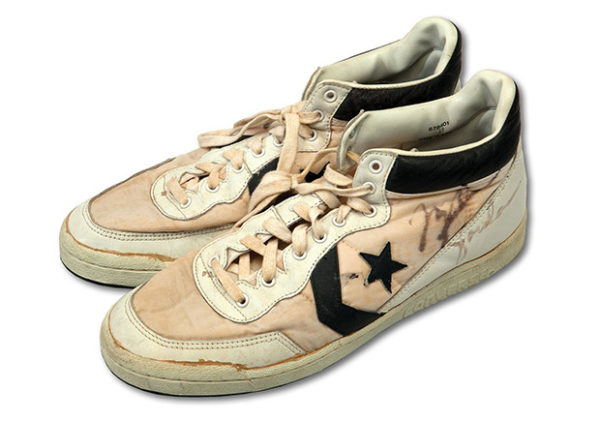 Google.
OMG these sneakers cost $190,373 they are the most expensive pair of game-worn sneakers. Could you believe that someone paid this price for these shoes? I mean, I get that they are Michael Jordan’s but people, how can you pay this? Well, they are also signed. I guess it's an investment? 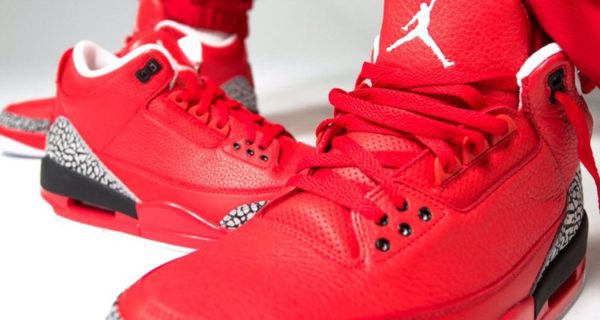 Google.
This pair is just $25,000 this is one of the latest models and it is DJ Khaled’s ‘Grateful’ Jordan’s 3s. I like their color. However, it’s not definitely my style. I get that some people are just dying to wear them but I can’t share the feeling at all. 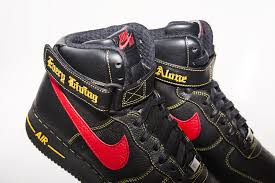 Google.
This is a collaboration with VLONE. It’s said that 20 pairs were made and raffled off at Nike Paris. Their cost? $8000 per pair... and that is just the retail price, if you were lucky to get them, people were offering way more than that to get them on resale. 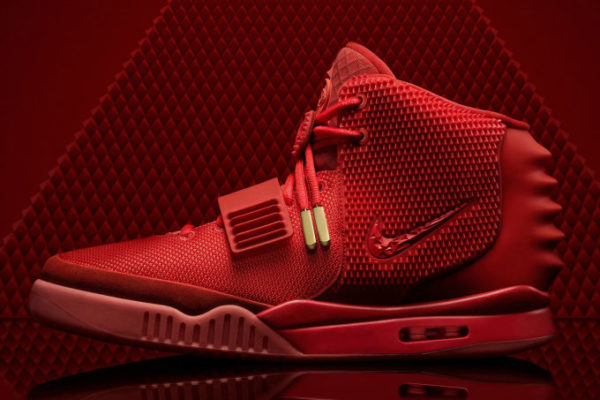 Google.
These sneakers are $5500!! If you thought that only high fashion clothes were expensive, take a look at this sneakers. Sporting gear, not the most accessible thing, right? LOL. 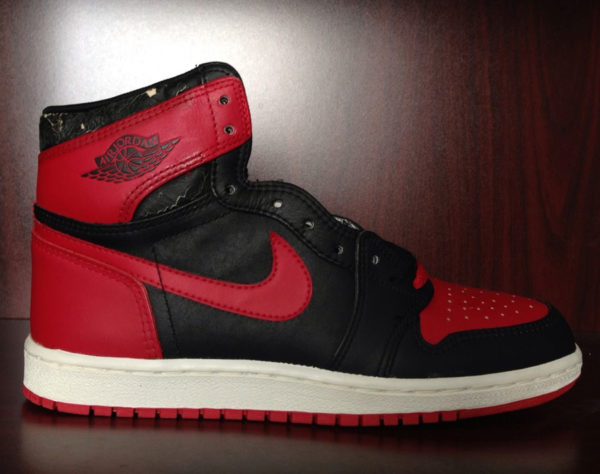 Google.
These are very old school (literally) and it shows, their shape and color seem to be very outdated. I mean, I maybe can get why people like them. However, I honestly feel like it’s just their name. They cost no less than $5000 OMG. 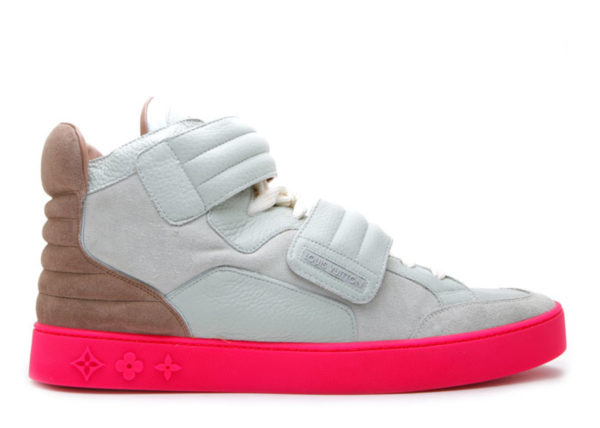 Google.
Luis Vuitton didn’t want to stay behind with the sneakers trend! So here they are. They are not like any pair of shoes. The one and only Kanye West worked with the brand to design the pair. Even though they cost $5000, they are made with the finest materials. 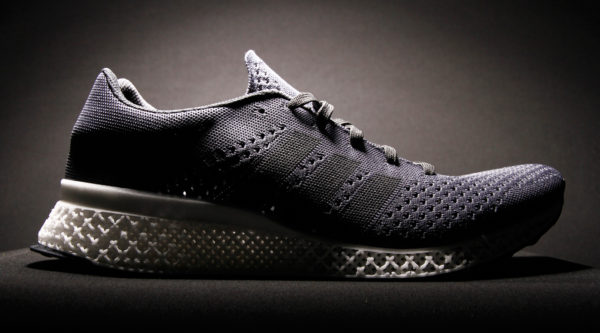 Google.
This pair is definitely worth it even more than any of the rest. They cost $4500, check them out! Adidas, used a specific technique when manufacturing these shoes... They made them by a process called Digital Light Synthesis. This technique uses light to shape a liquid resin with elastic properties, the it heats and set the material. Awesome, right? 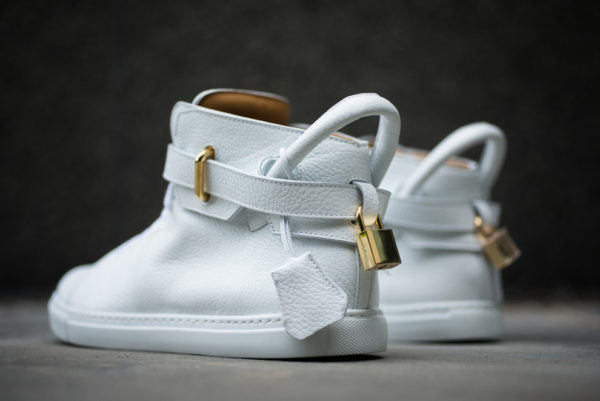 Google.
This pair is just $132,000 which is of course unaffordable. However, the discussion comes from another place. When it comes to these situations where the shoe is not worth the price but the added accessories that’s in it is the expensive factor. In this case is that golden lock with those golden little things. I don’t think it makes any sense at all. 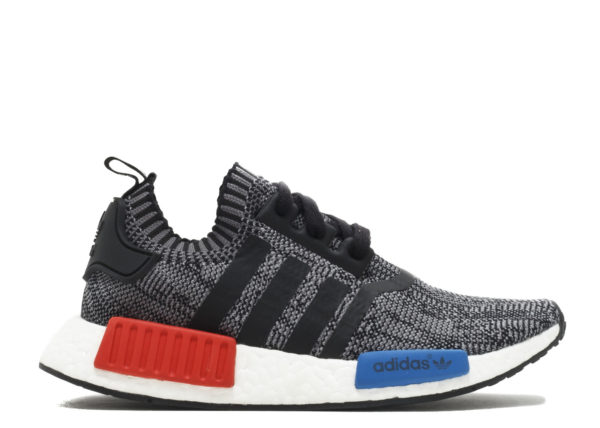 Google.
Adidas has been going up since a long time ago by now. Their color decision as well as their original design is simply undiscussable. However, I honestly don’t get how anyone could pay $10,000 this pair of shoes. I mean c’mon, they don’t have anything that original. 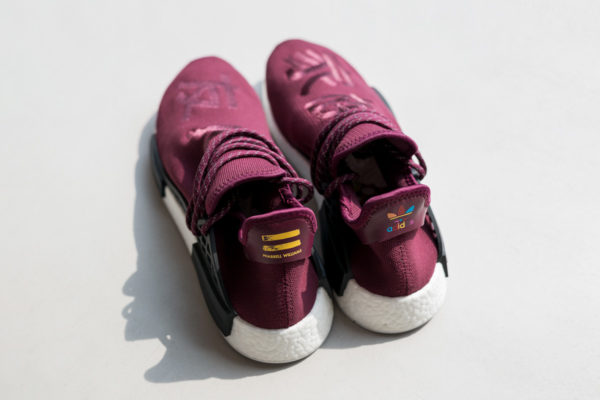 Google.
Sometimes, a celebrity helps design a pair of sneakers and that instantly raises their value... who decided on their price, though? IDK. These are super pretty, their color, shape, how cool they look, but I'm still not sure if they're worth their cost. They are a Pharrell Williams design and they cost $10,000. 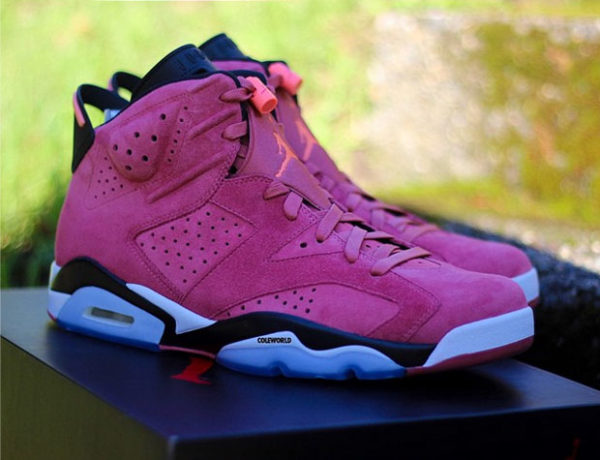 Google.
Well, in this case we have to admit that something is quite paradoxical. Who would have guesses that the guy behind “Thrift Shop” created a shoe that costs just $25,000? The irony is almost too big. They are cool shoes though. 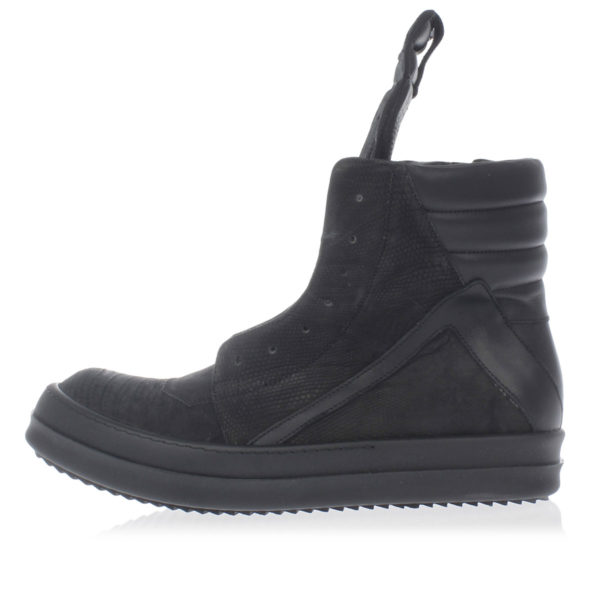 Google.
These shoes seem to be super basic at first glance... IDK, it's not as if their design is really out of this world. They are still $3000, though, which is crazy expensive. More affordable than the others. However, I would never pay that sum for something like this at all. 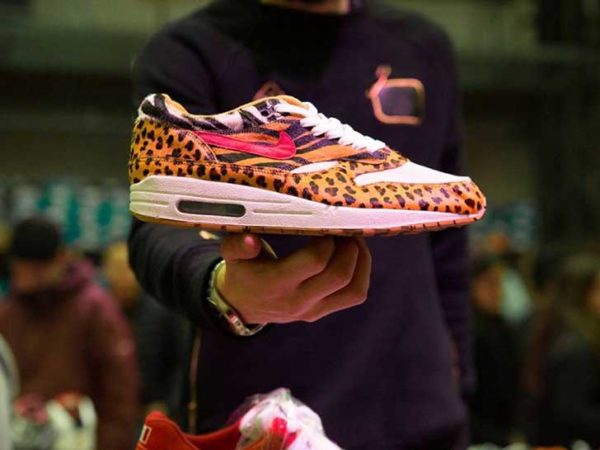 Google.
They are $850 and try to emulate animal’s fur. It’s something like a mix between a tiger a leopard and a zebra. It tries to imitate their movement etc..  quite interesting, right? Compared to others on this list, they are a bargain. 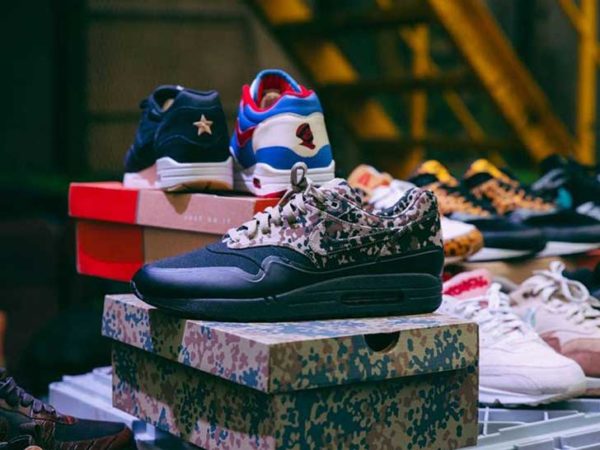 Google.
They are $1400, I don’t see why. Once again brands just raising their prices just because... or at least it seems like that. 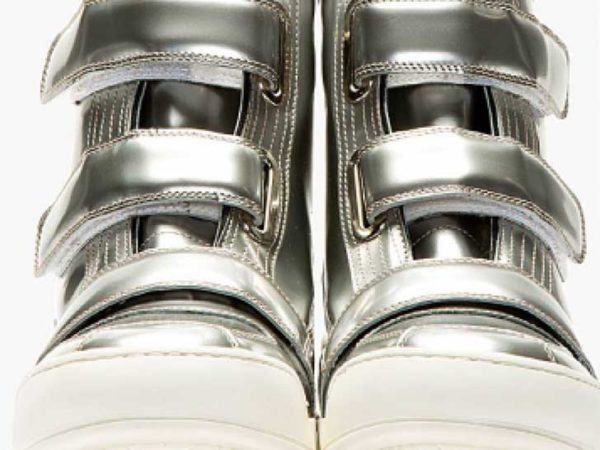 Google.
A futuristic design that costs no less than $ 1,475. Lovers of shiny surfaces would be very happy with this pair of Balmain. The Velcro closure is a bonus that makes its use more comfortable. While looking like regular shoes these are made by a high fashion label, which explains the insane price tag. 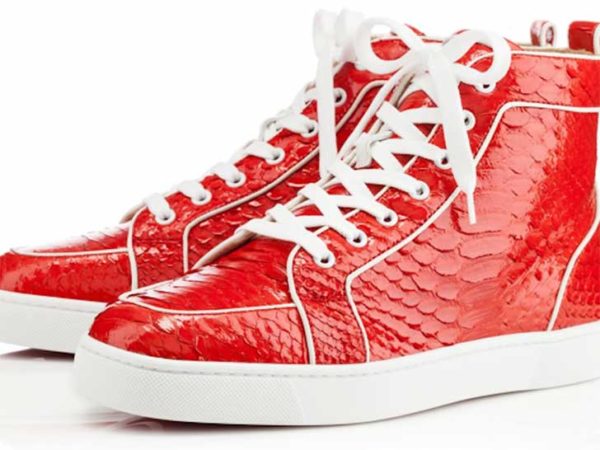 Google.
They cost $1600 dollars. I feel like I’ve never seen a trashier pair of sneakers in my whole life. And they are Louboutin! I don't get it at all. 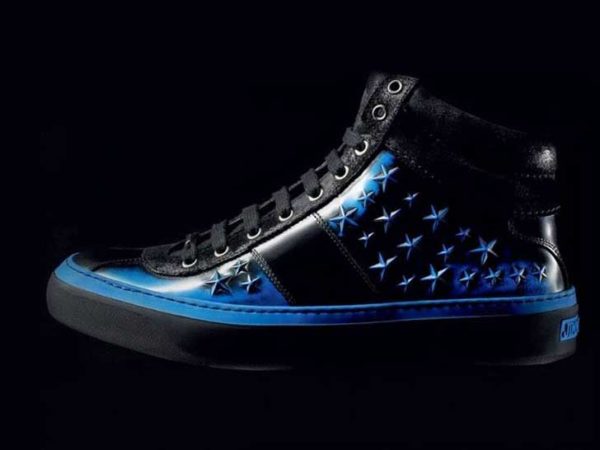 Google.
This luxurious design costs $ 2,300. With blue stars, black smudges, a durable sole, high top and quality materials, this pair of Jimmy Choos seems to be worth it. 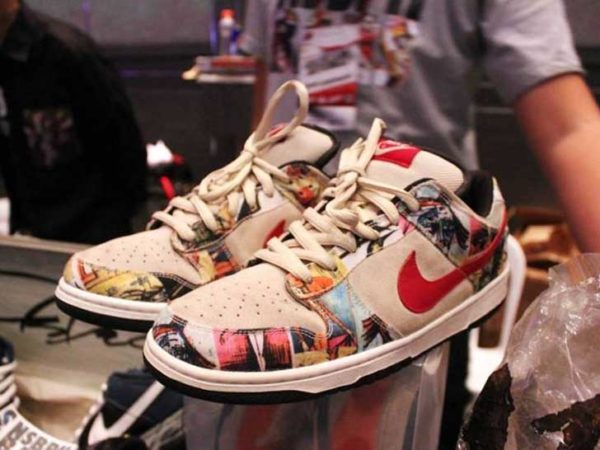 Google.
I love them! They look really cool in this picture I can’t imagine them in person. Their combination of colors and shape is just perfect for my eyes. They cost $3000 and are one of Nike's most expensive designs. 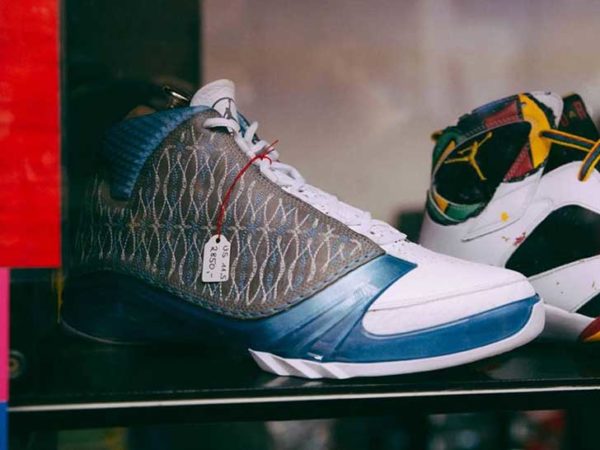 Google.
If you want to be like Michael, you must pay the price. These shoes will make you fly and its price is quite high: $ 3,200
Compartir este artículo
Mundo.com