Take a look at these fashionable grandmas | Mundo EN
Omg

Take a look at these fashionable grandmas

Fashion definitely has no age limit; these women are the perfect example that no matter how old you are, you can always look good. These women have a bold and unique style; they look amazing and they are not afraid to stand out.

They wear what they like, and they don’t care about what people think of them. Having fun and looking stylish is extremely important to these beautiful women. 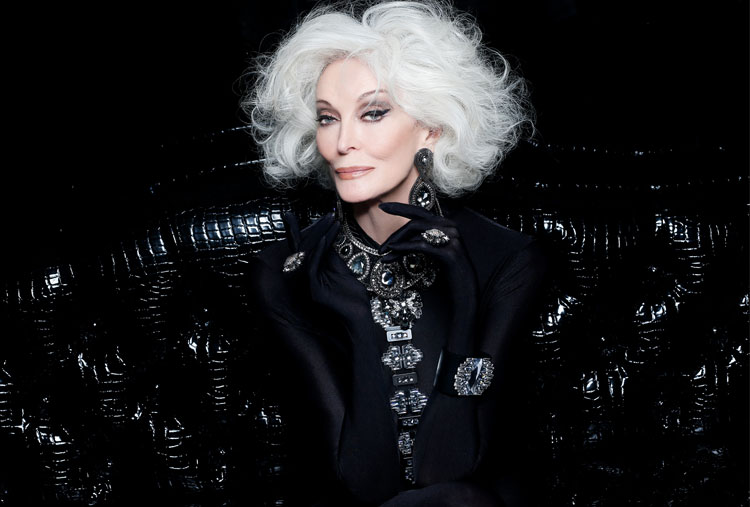 This lady looks great, it seems like she’s ready to walk the runway with her unique, elegant style. We don’t know how old she is, but no one can deny the fact that she looks amazing! 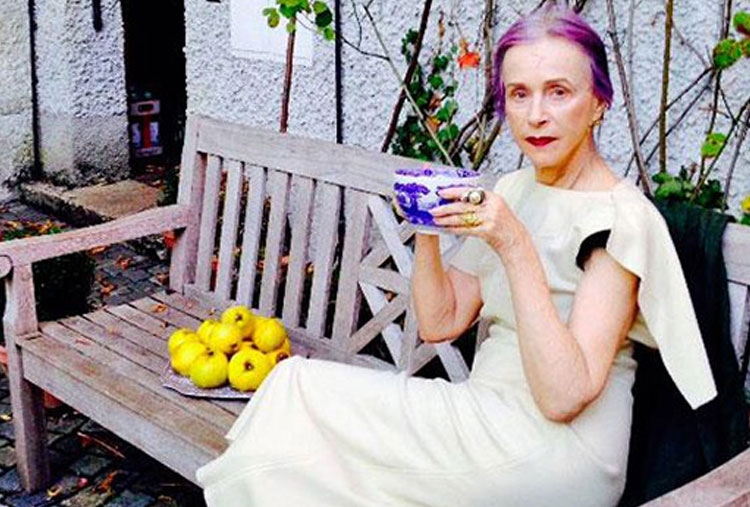 This grandma has got to be the coolest one of all, just look at her purple hair! We love how confident she looks, while she’s casually having her morning coffee in that stylish white dress. This photo could be featured in any fashion magazine! 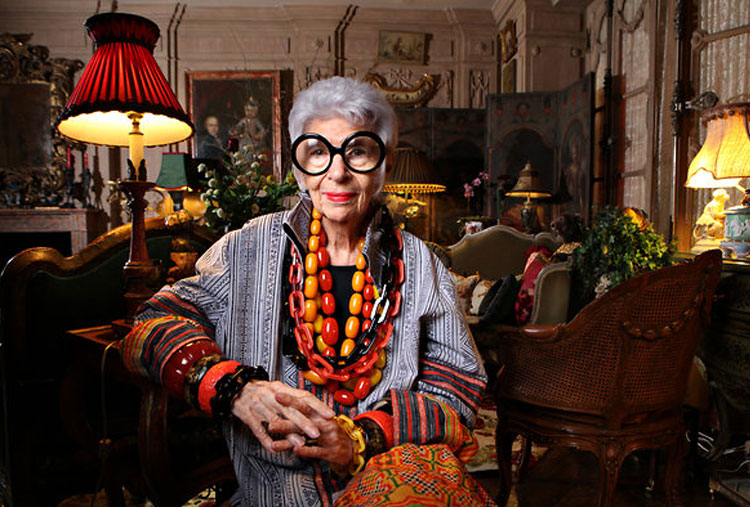 If you watched the movie “The Incredibles”, then the first thing you thought was: This lady looks like Edna “E” Mode! Those huge glasses make her look so stylish, and look at her necklaces, she’s definitely not afraid of using too many accessories. 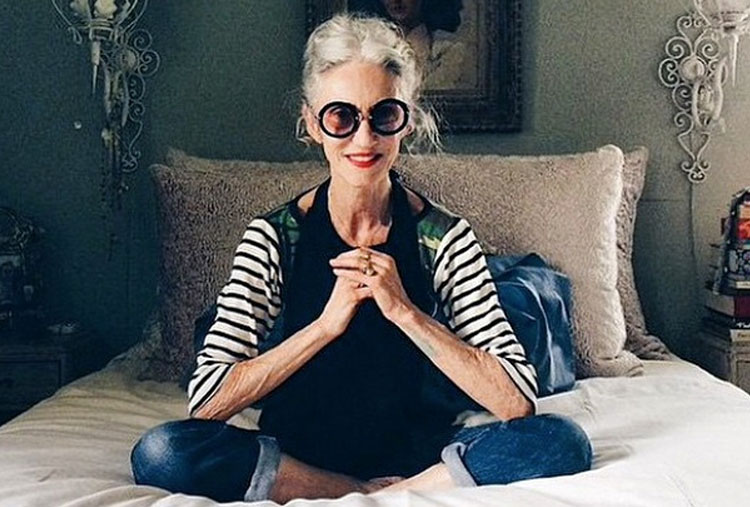 It is hard to believe that this woman is actually in her sixties, we’re not sure if it’s her outfit or the way she’s posing for the picture, but this granny looks great. It seems as if time did not change her youthful attitude. 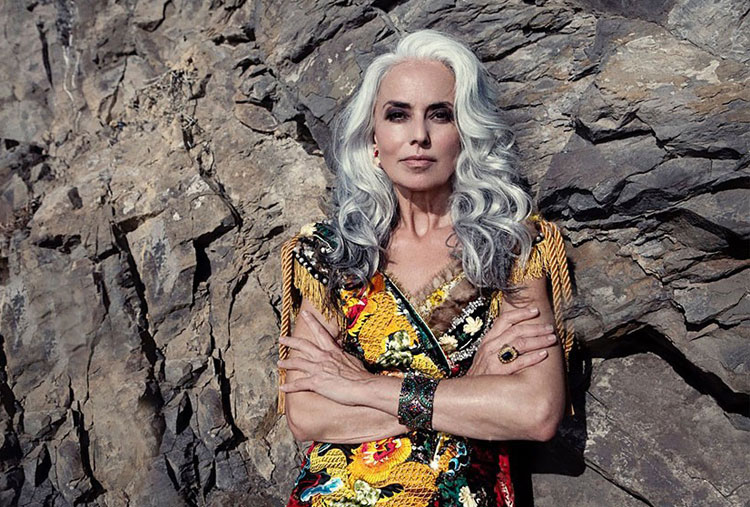 Yasmina Rossi is a 60-year-old French model, who began her career at age 45, working for brands such as Macy's, Marks & Spencer and Hermes. Yasmina said that her secret is to always exfoliate her skin and using organic products. Wow! She definitely looks stunning. 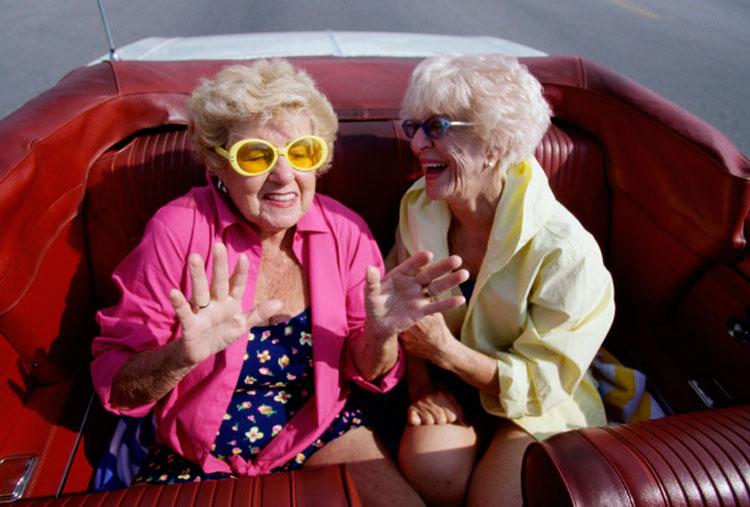 These ladies are definitely having a good time! They have probably been best friends since a very young age. Judging by this picture, they are heading to the beach, wearing their favorite swimsuits. 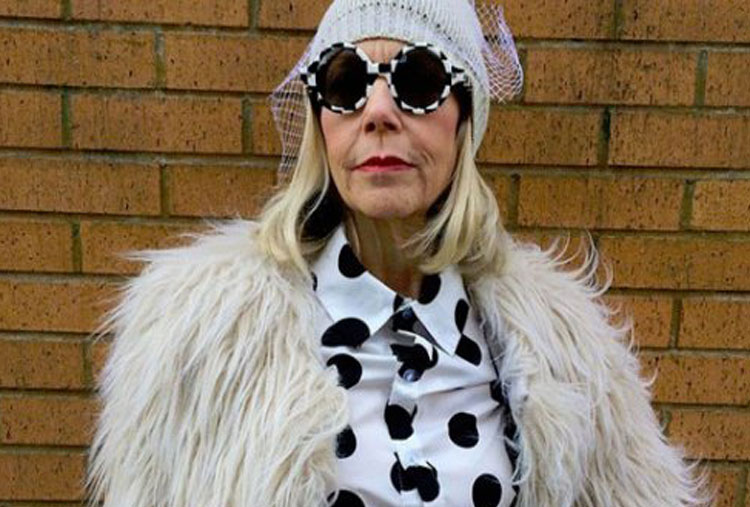 Fashion is very important to these women, looking great at all ages is definitely possible. This lady is not afraid of wearing a furry coat with that polka dot blouse; her look is the perfect mix between chic and edgy.

The queens of fashion 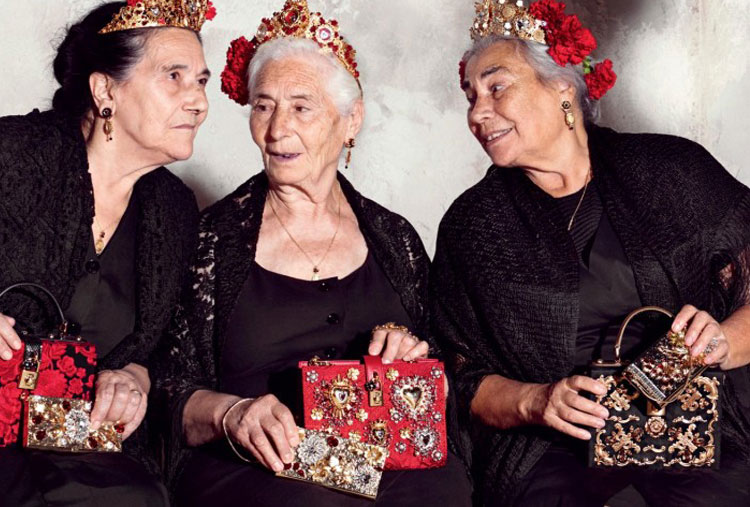 These women are definitely beauty queens and they are not afraid to stand out. They remind us of Italian grandmas, who cook the most delicious meals and know how to dress in the most stylish clothes. 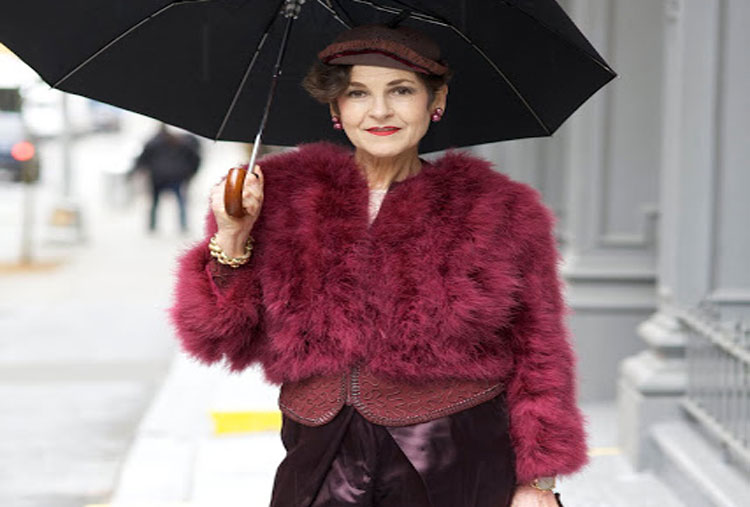 This beautiful lady looks like she’s ready for Paris Fashion Week. Her fabulous burgundy outfit is so classy and chic! Oh, and we love her confident pose, she just looks amazing! 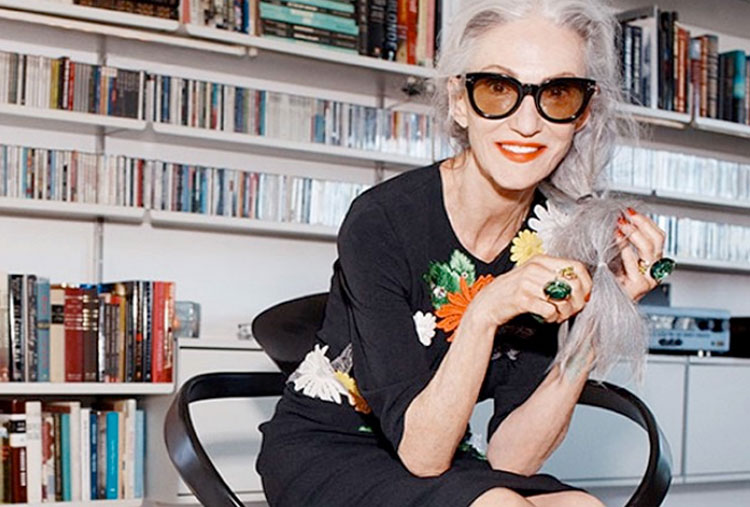 Wow! This woman looks so youthful and happy. She’s definitely making a fashion statement with her gray hair and the orange lipstick. Hmmm, maybe she works for a fashion magazine because she definitely knows how to be stylish. 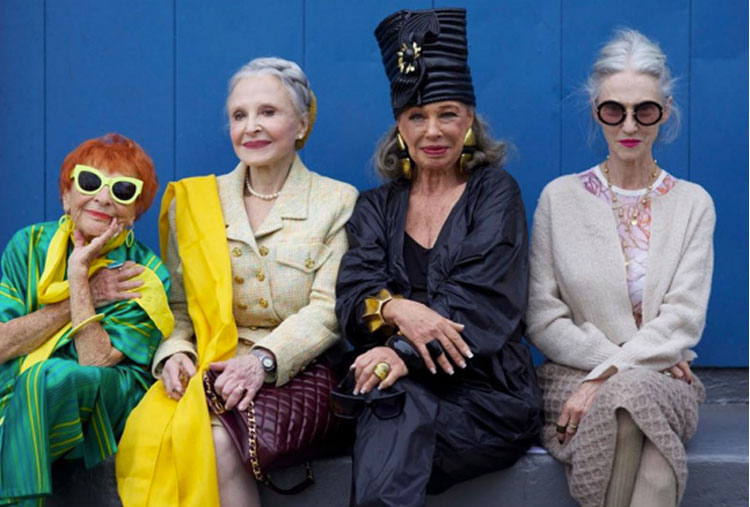 These stylish women look like the stars of the romantic comedy “Sex and the city”. If you watched the show you’d agree with us because we’re pretty sure, this is what Carrie, Samantha, Charlotte, and Miranda would look like in a few years. 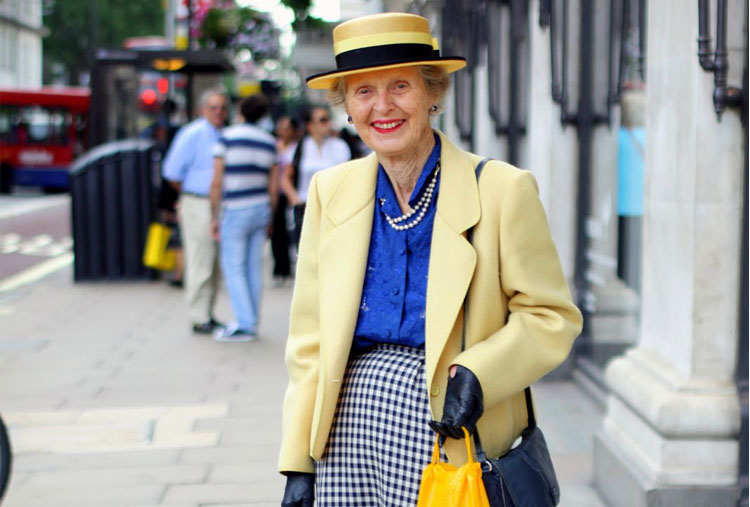 This lady looks like she’s ready to go out with her friends to get some tea. She looks so classy and chic, and we love the way she’s smiling! 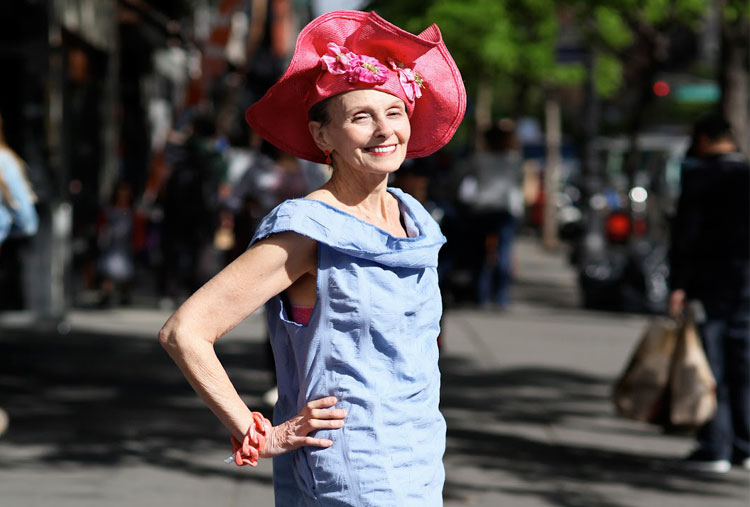 This lady looks so comfortable in that outfit; she’s definitely ready for a hot summer day. With that smile and the way she’s posing, she portrays the confidence that every woman needs. 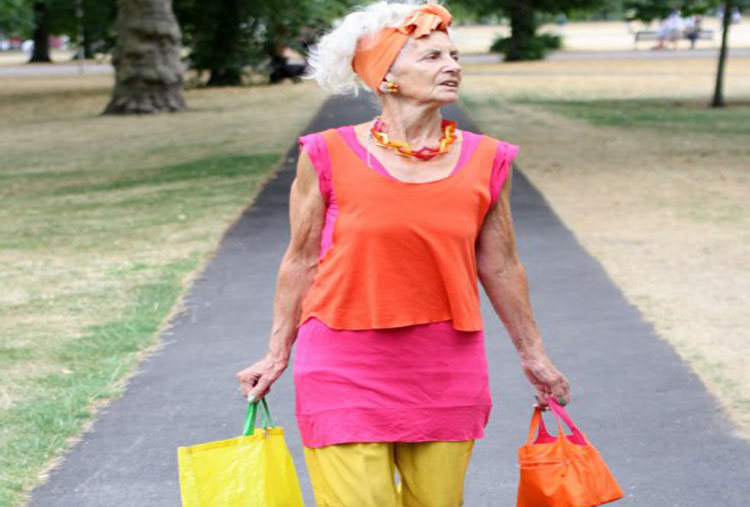 This woman loves bold and edgy clothes; that’s why she matched her grocery bags with her outfit. 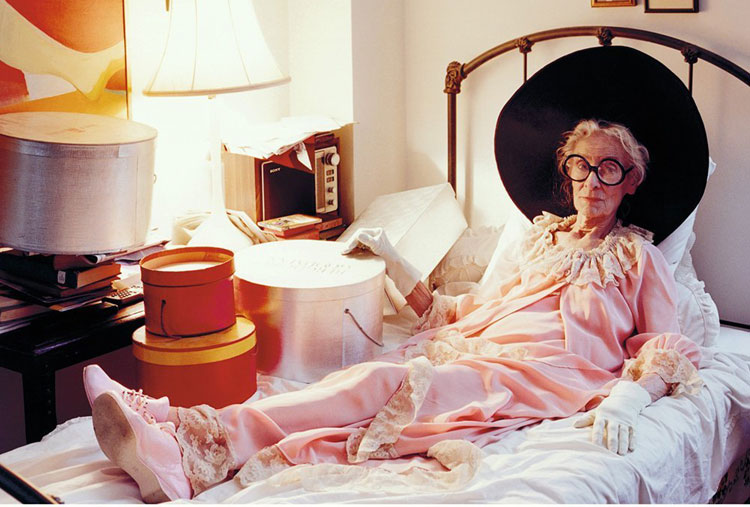 Who said that pajamas were boring? This woman looks amazing even though she’s resting on her bed. That huge hat and the glasses are the perfect accessories to make this PJ outfit unique and fabulous! 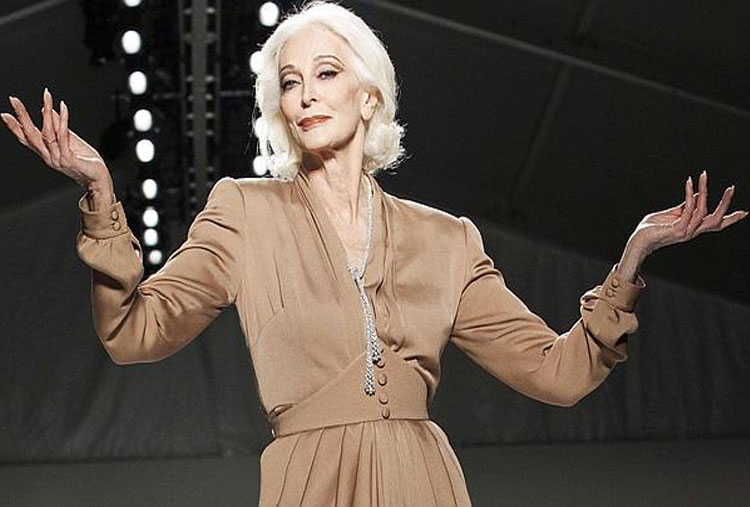 Don’t you just love this woman’s confidence? It’s as if she were saying “I know I look fabulous, so what?” Her elegance and beauty are undeniable.  It doesn’t matter how old you are, you can always look fashionable and classy. 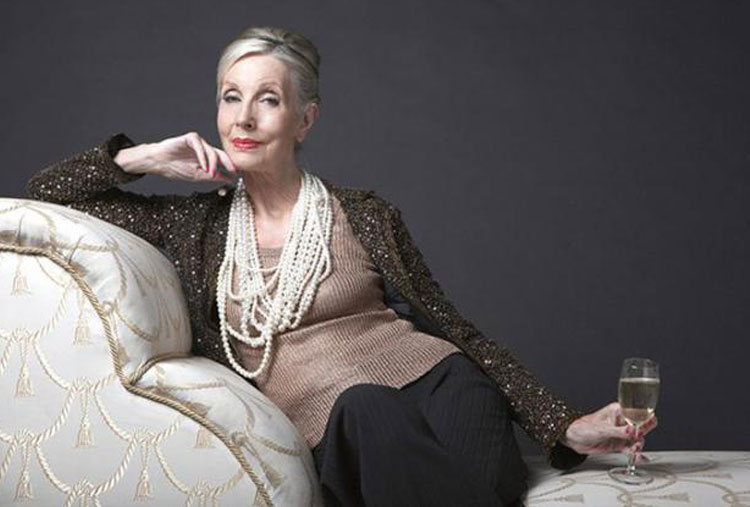 This is one of the classiest and most fabulous women we’ve ever seen! She’s just sitting there drinking that glass of champagne probably thinking: “I’m the queen of the world”, and let’s face it, she does look amazing.

Old is the new black 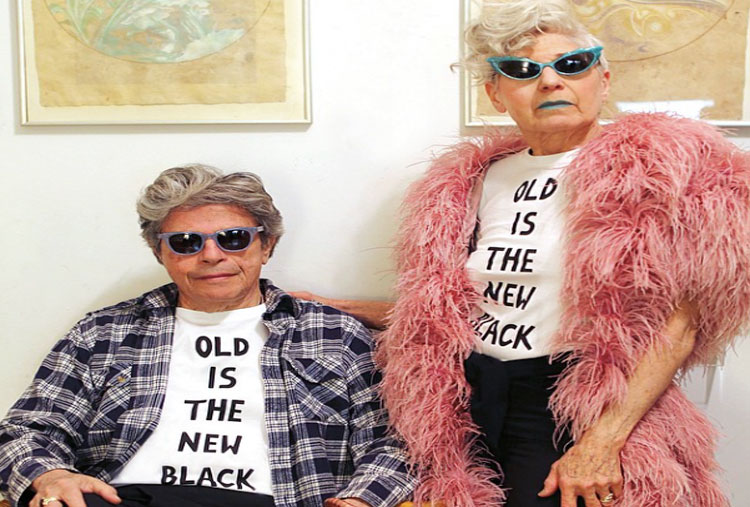 We love their “Old is the new black” T-shirts and we couldn’t agree more, being old is not boring, just look at her pink coat and cool sunglasses; she definitely knows how to make a fashion statement. 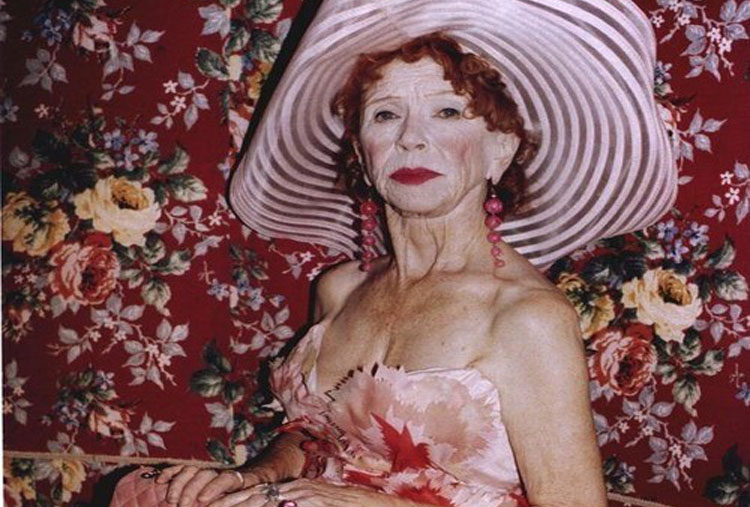 This lady looks fabulous with that red lipstick on; it looks like she’s ready to go to a party wearing her favorite dress. She obviously doesn’t think that anyone should wear less makeup because of their age, and we couldn’t agree more. 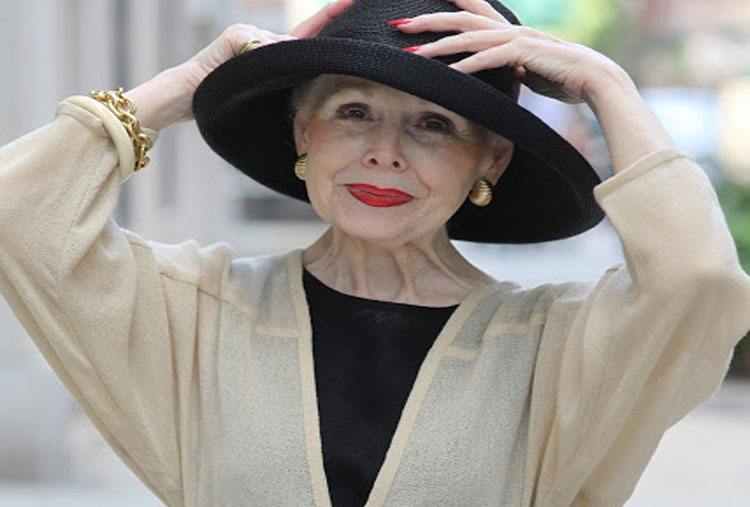 This is one of our favorite pictures because this woman looks so gorgeous. The red lips and nail polish are perfect, and her beauty is simply undeniable. We love her!