Reasons Why Kids Can’t Be Left Alone With Their Dads

A father’s love is just as important to a child’s development as a mother’s love. The way parents treat their children affects the kids’ behavior, self-esteem, emotional stability, and mental health. There are all types of parents, there’s no doubt about that, but in some cases, some dads take the responsibility more serious than others.

Check out this list of hilarious dad fails, that will make all moms question whether they should leave their kids alone with their dads.

Dad left alone with the baby 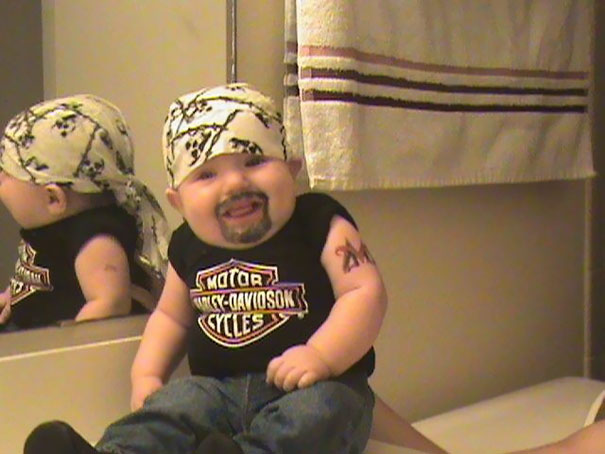 This is such a manly baby but at the same time, he looks so adorable. Maybe his dad is a fan of bikes and decided to dress him up. Ride with the wind, biker boy!

This is how he wanted to spend Father’s Day 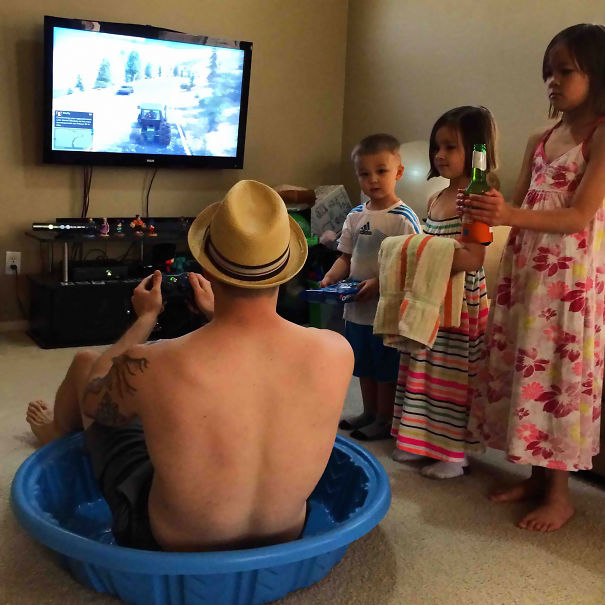 This dad is really taking advantage of his children. He is probably thinking “why else would you have kids if this isn't the end point”. 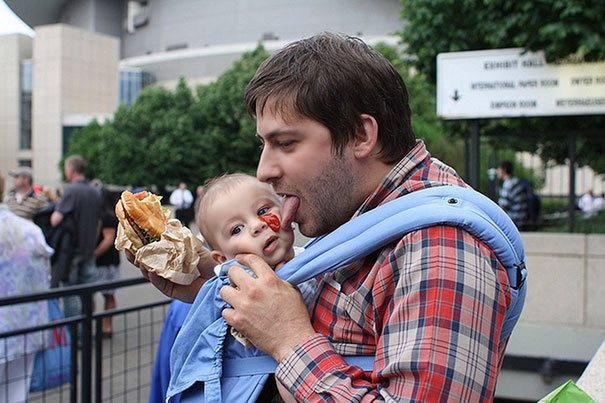 The baby’s face in this picture is just priceless! This kind of stuff happens with babywearing. Poor babies, they really can’t do anything about it.

This is the only way his baby would fall asleep 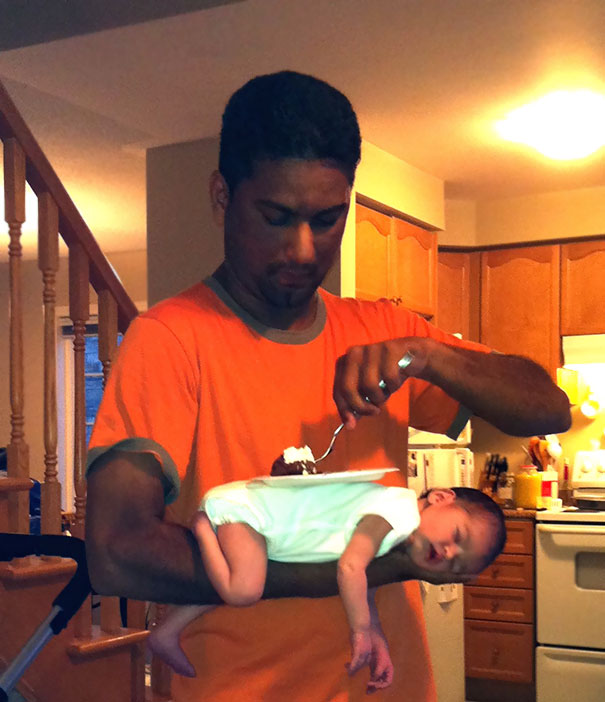 Parents definitely know about multitasking because, something as simple as having a snack can become difficult when you’re taking care of a baby. 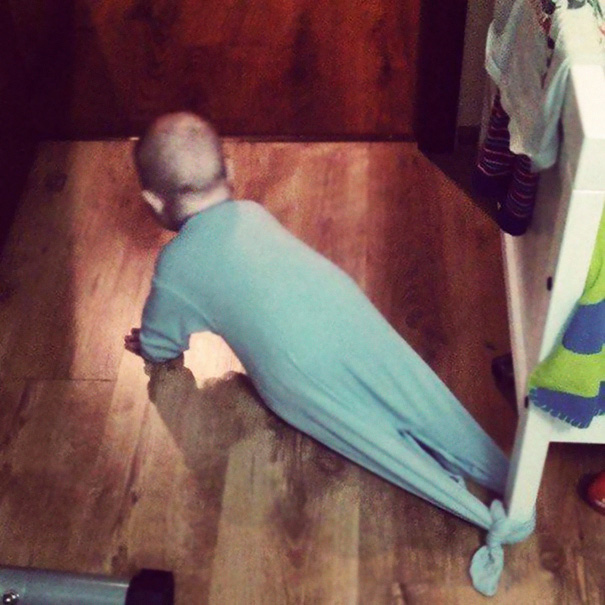 That is wrong on so many levels... the most important level being I didn't even think of doing it myself! It looks like this cute baby is doing pushups.

When dad is giving the baby a bath 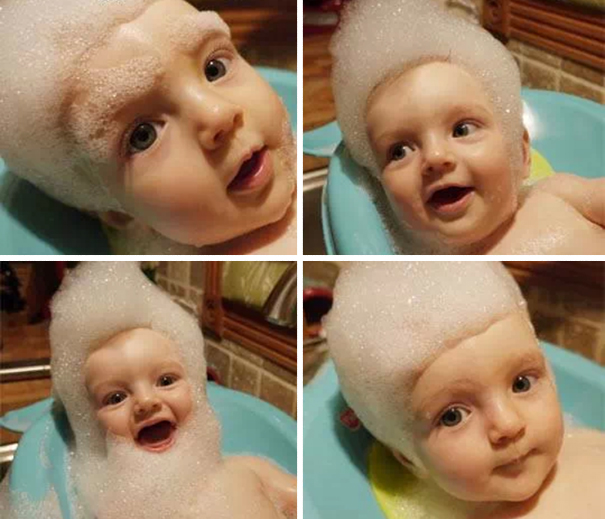 Most parents have probably done this at least once. The best thing is the baby looks like he’s having fun as well!

Can you help me out here? 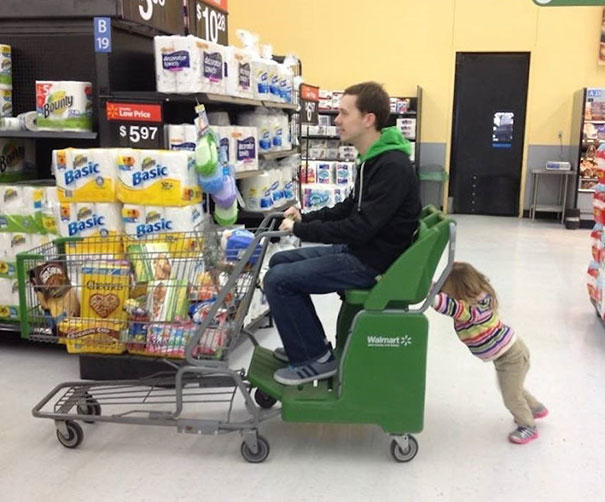 This little girl probably wanted to push him like he always pushes her, and this was the result. This photo looks like 21st-century child labor.

This baby was Joe Rogan for his fist Halloween 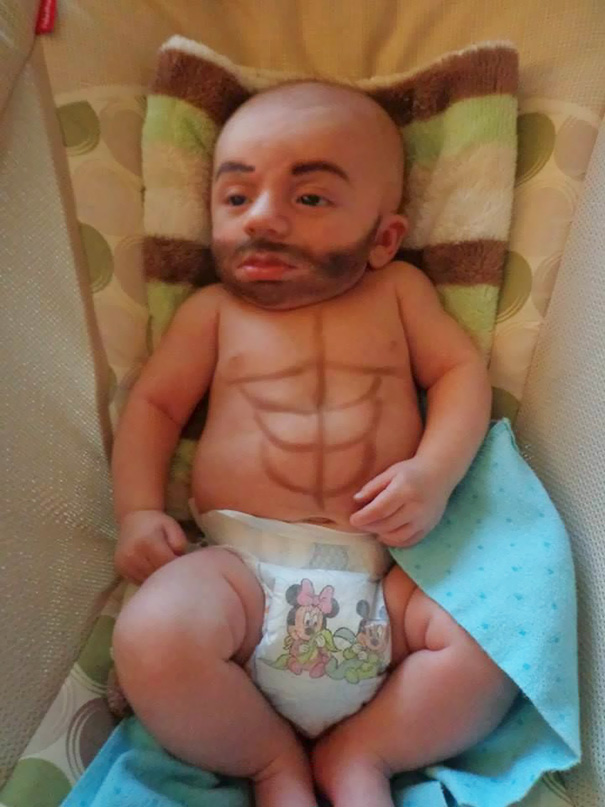 This little baby looks like Vin Diesel! We really can’t help wonder what was going through his dad’s mind.

She just wanted a swing 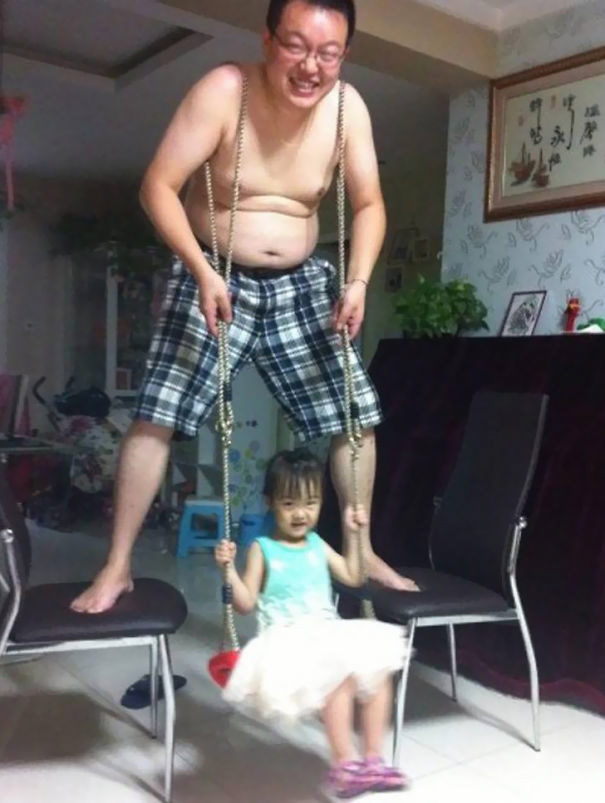 Now we have to admit this is not a fail… this is a dedication win! This dad deserves the “Dad of the Year” award! 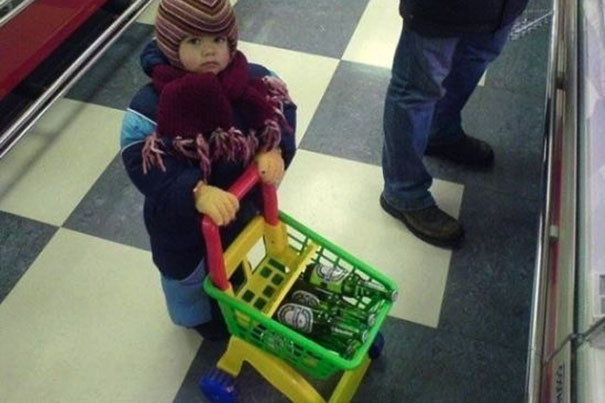 This baby doesn’t need a fake ID to get all that beer, his dad can do it for him! Let’s hope he doesn’t try any of that beer! 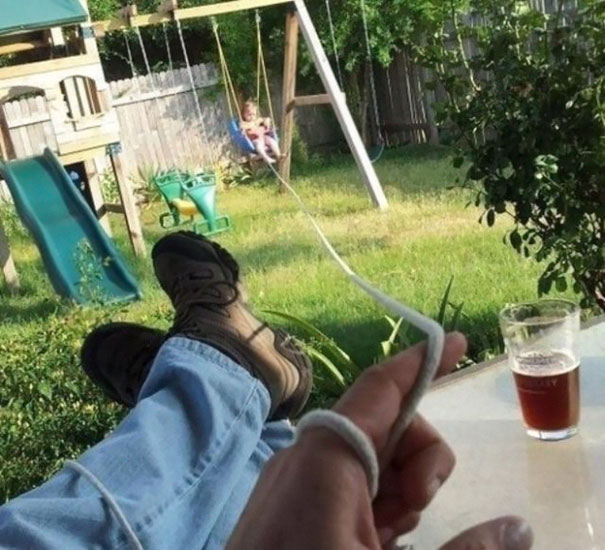 This lazy dad came up with a great way to swing his child. We wonder, how many new dads have thought of ingenious things like this? 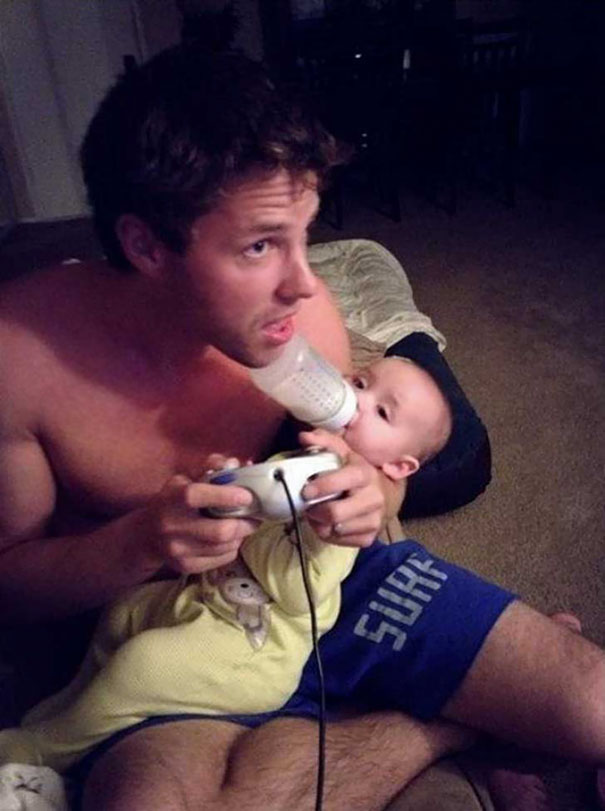 This dad is probably thinking “Hang on baby! I just have to finish this one level!” This is multitasking at its finest.

This is the best costume ever! 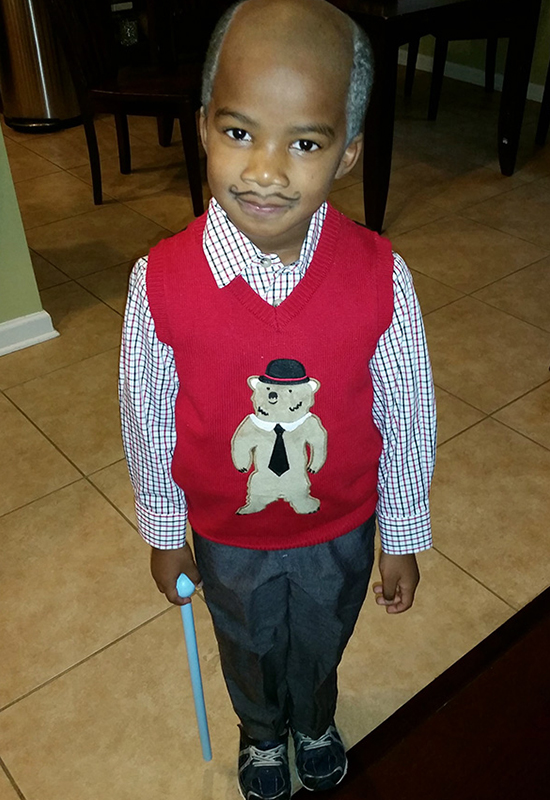 This dad may have gone too far in dressing his son like an old man for school. We have to admit, though, he looks awesome!

Wow, that’s actually quite a skill. Let’s just hope it isn’t painful and that the hose is new and clean! 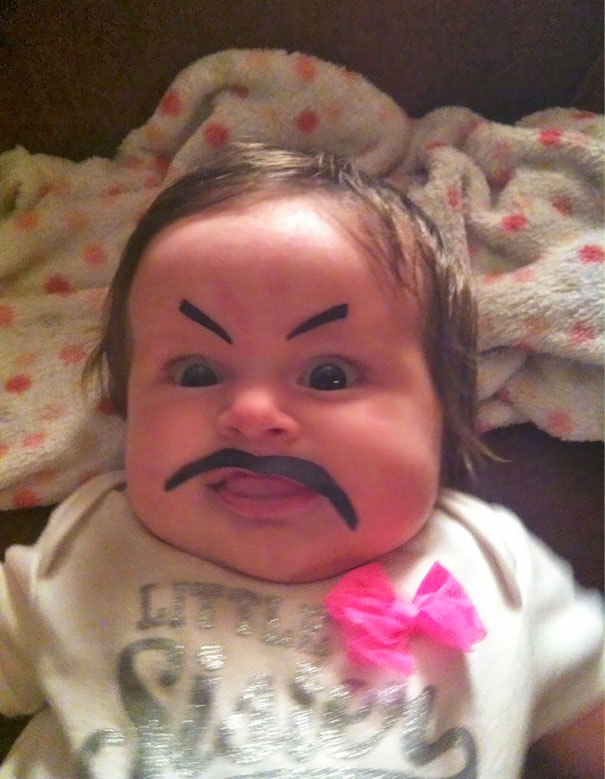 We’re still wondering how dads can come up with these sort of things, but they are pretty funny!

Are you OK in there? 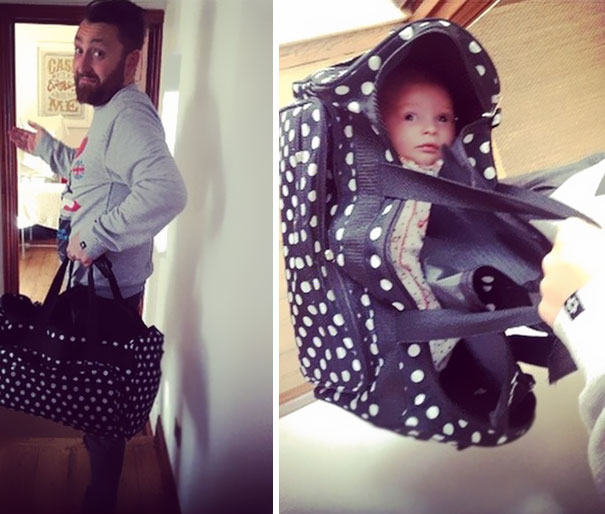 It looks like this dad was going away for the weekend and wanted to literally pack  a bag for his daughter. 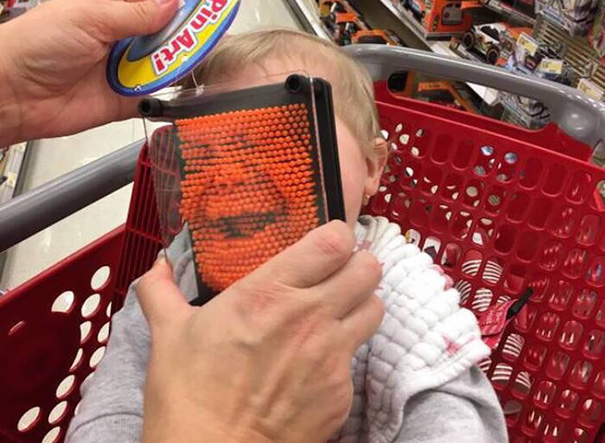 If you are wondering whether or not this is painful… It doesn't really hurt it just tickles and makes you giggle. 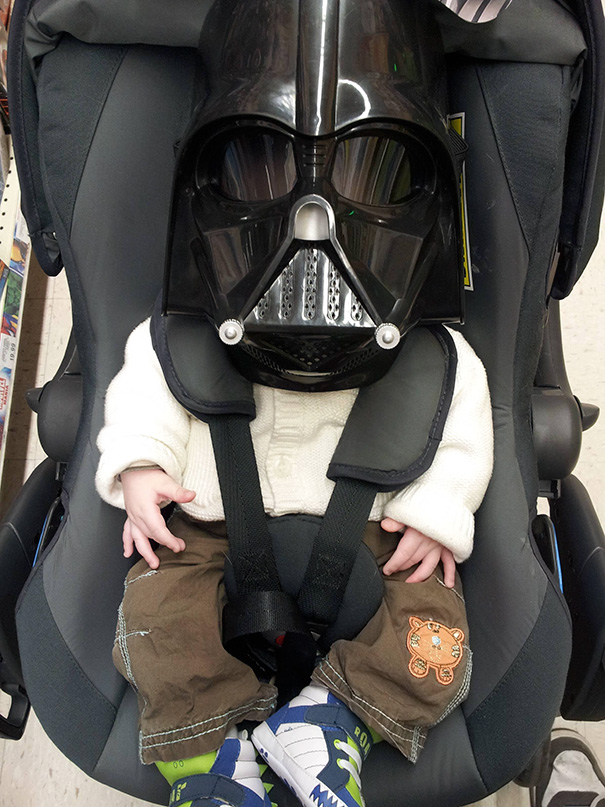 This baby’s daddy probably quoted one of the lines from Star Wars… “Luke, I am your father”.

How do I look daddy? 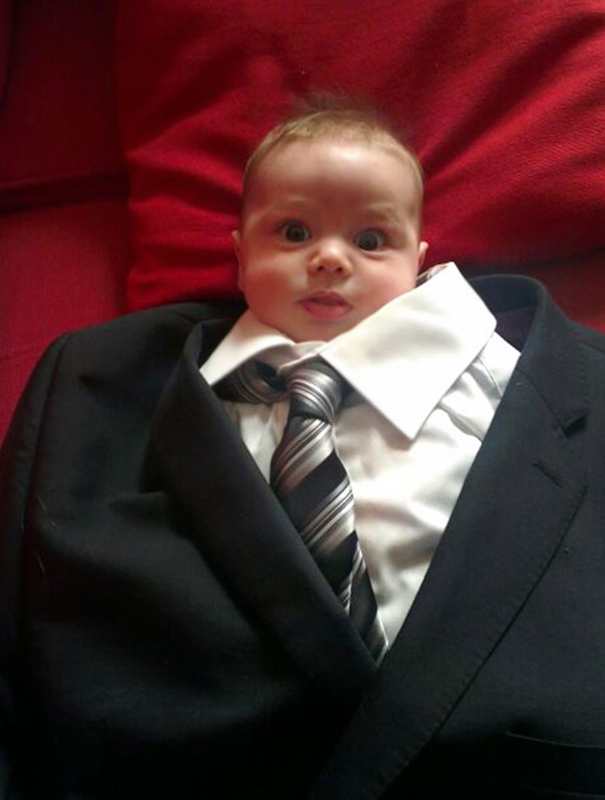 Hmm, it might actually be the father who found the miracle of youth... 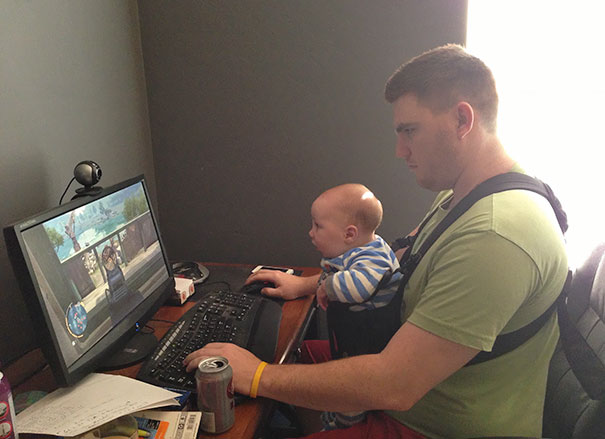 This baby will love video games! Judging by this picture, he’s already into that game.