Everyone of us have seen at least one time a really curious and unique place in a fiction movie or a fantastic story that we wish it really existed.

Although we do not believe it, there are some places on earth that very few have the opportunity to know. That can be because they are beautiful to the point of appearing unreal. Take a look at these incredible locations taken from a fairy tale that will surely leave you with you mouth opened.

The Avenue of the Baobabs in Madagascar 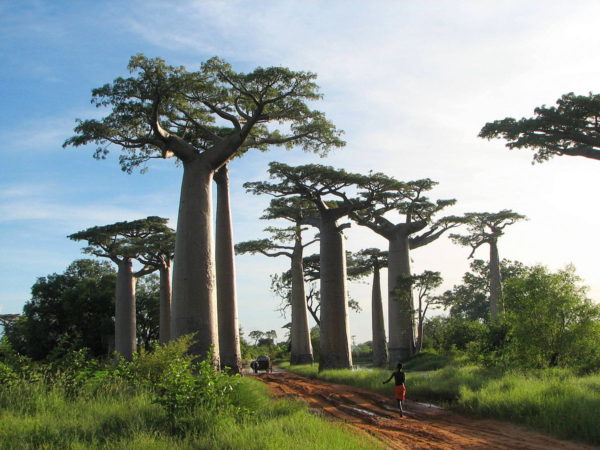 Google.
Without a doubt it is one of the most curious and wonderful places in Madagascar to drive. This species of trees called baobabs, are lined up forming a road.

The road of Dark Hedges in Ireland 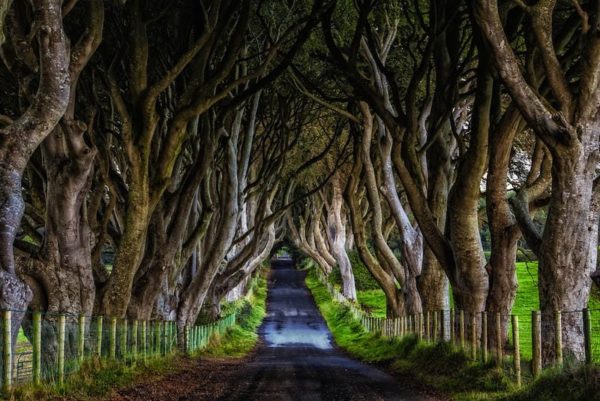 Google.
Surely you already know it since the series Game of Thrones recorded some scenes in this place. This road was made in the 18th century by the Stewart family to impress visitors.

The Palace of Versailles in France 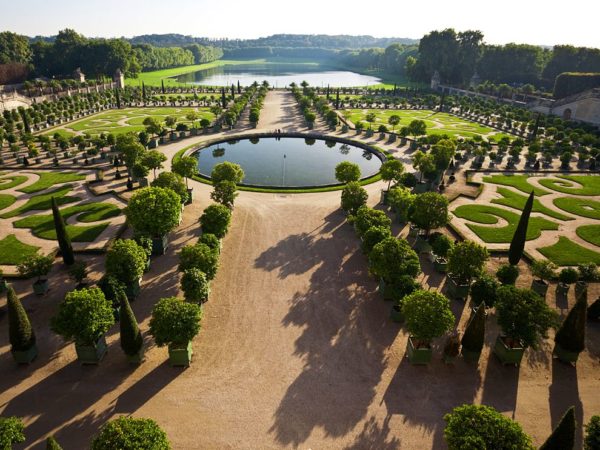 Google.
This is undoubtedly one of the most important tourist sites in France, was built under the order of the king, Louis XIV, to play the role as a royal residence in past centuries. With 2,300 rooms, 67 staircases and the incredible gardens, this place is truly unique.

The Peles Castle in Romania 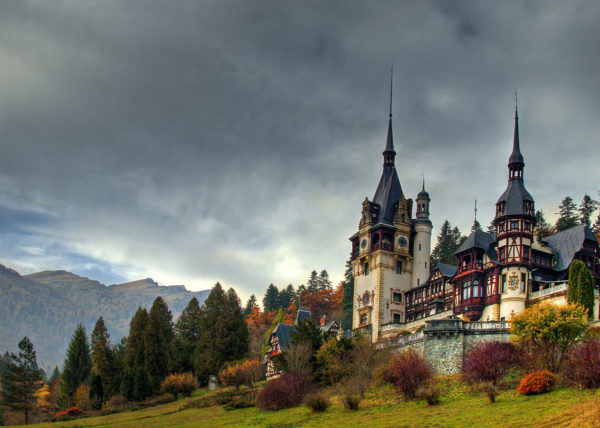 Google.
This castle with neo-renaissance design was built by the architect Karel Liman for King Charles I to make it his summer home. The interior will make you return in time thanks to the design and decoration.

The sea of ​​stars on Vaadhoo Island in Maldives 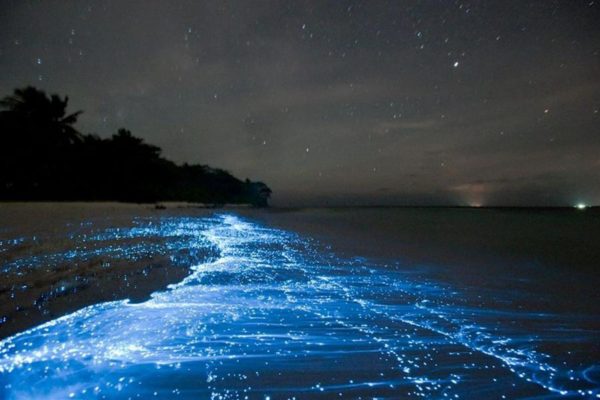 Google.
Sea of ​​stars is one of the most amazing phenomena on earth. It looks like an image of stars in the sky reflected in the sea, however, the bioluminescence in the water is due to certain marine microorganisms called phytoplankton.

The Glowworm Caves of New Zealand 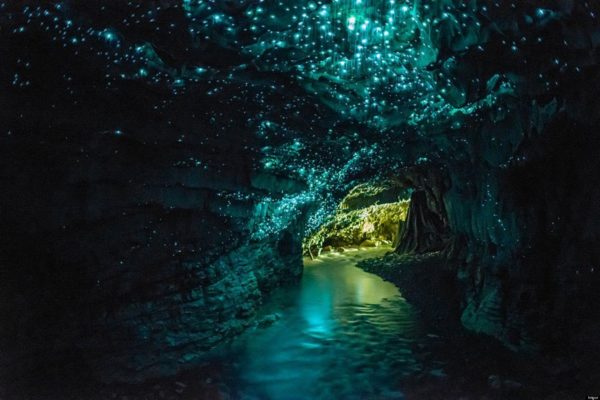 Google.
This site, located in Waitomo Caves, is known as the "Grotto Luciernaga", a place where the walls of the cave are decorated with a galaxy of native fireflies.

The Wisteria tunnel in Japan 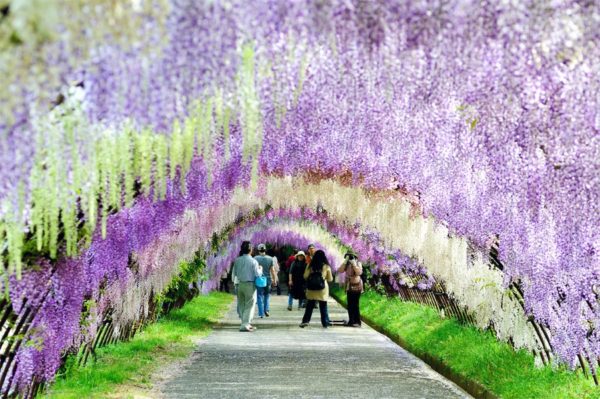 Google.
This tunnel can make anyone feel as if it were in a Disney movie. Located in the Kawachi Fuji Garden in Kitakyushu, Japan is one of the favorite places to walk during April to May. 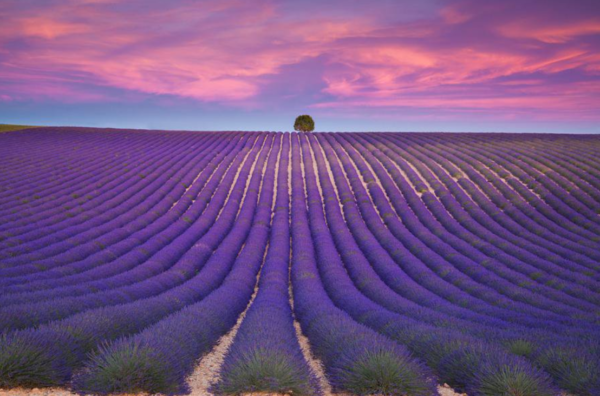 Google.
One of the greatest attractions of Provence is the lavender fields, known throughout the world, unique landscapes that tint the valleys of the region with violet. If you want to know this place, luckily it is very easy. There are several guided tours that include a visit to the lavender museum.

The Cave of the Crystals, Mexico 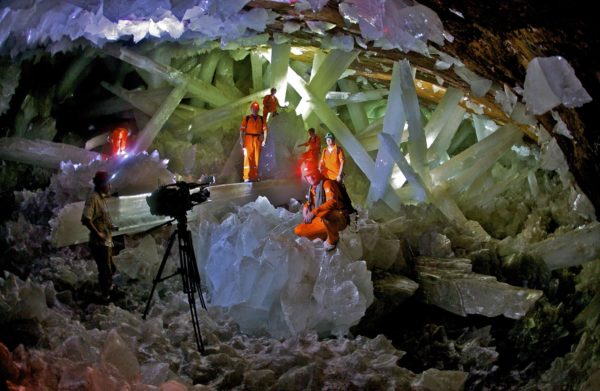 Google.
This impressive site is located 980 feet below the Chihuahuan Desert, and is the longest known crystals in the world’s home. 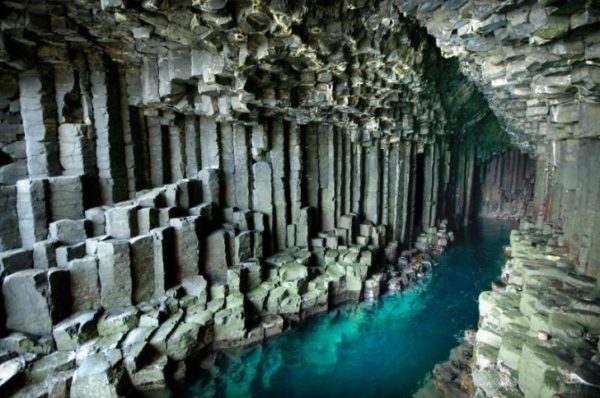 Google.
The spectacular Fingal caves are composed of very striking basalt columns due to the shape they acquired after the crystallization of volcanic lava over time. 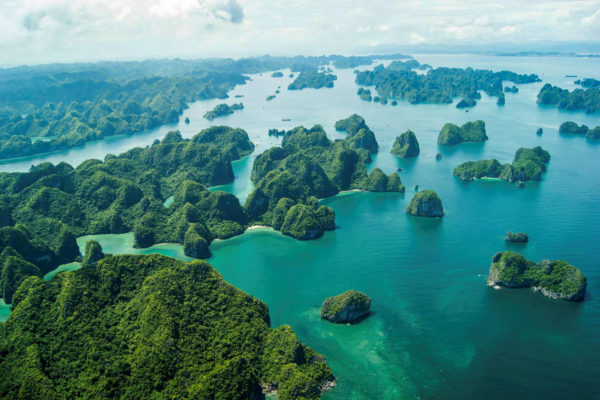 Google.
On the north coast of Vietnam, exactly in the Gulf of Tonkin, we find one of the most impressive natural sites on the planet. A set of about two thousand limestone islands and islets and imposing forms that emerge over the waters of the China Sea along the so-called Halong Bay. 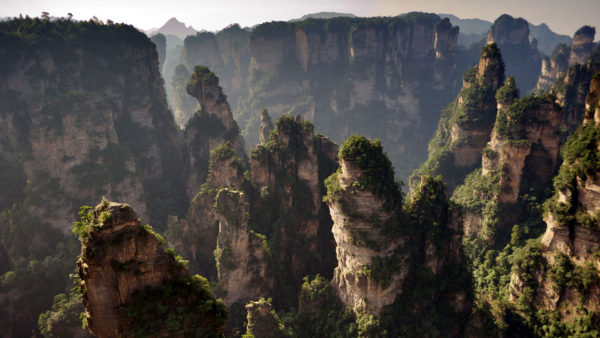 Google.
Years ago, this forest was considered inaccessible, but nowadays it has become a tourist destination impossible to miss in Hunan. The floating mountains are surely familiar to you as they appear in the movie Avatar. 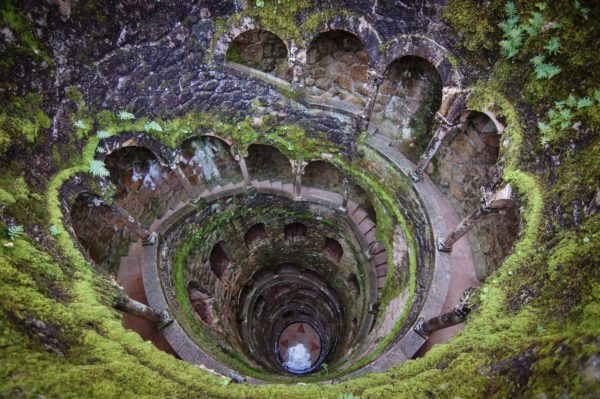 Google.
The city of Sintra is well known not only for its romantic architecture of the nineteenth century, but also the initiatory well. Just imagine how it must feel to walk there.

The Sanctuary of Las Lajas in Colombia 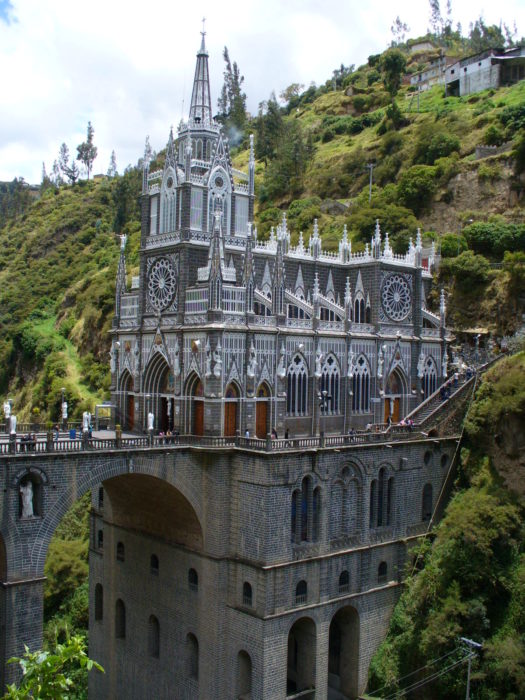 Google.
Built between 1916 and 1949, this wonderful basilica rises above a canyon in southern Colombia. This beautiful structure surrounded by a large green forest is both surprising and mystical what only those who have visited it will understand.

A Causeway of Giants, Ireland

Google.
Located on the north-east coast of the North, this unique and natural landscape formed columns of lava cooled rapidly by the low temperatures of that place more than 60 years ago.

A stone forest, in Madagascar. 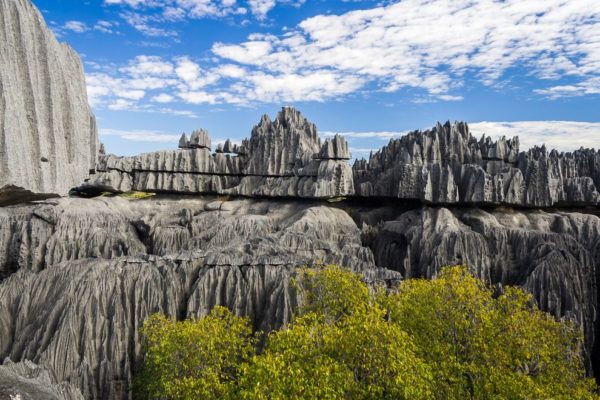 Google.
This unreal scenario formed by nature is a succession of rock formations in a variety of grays. It definitely makes it look like a fiction movie location. 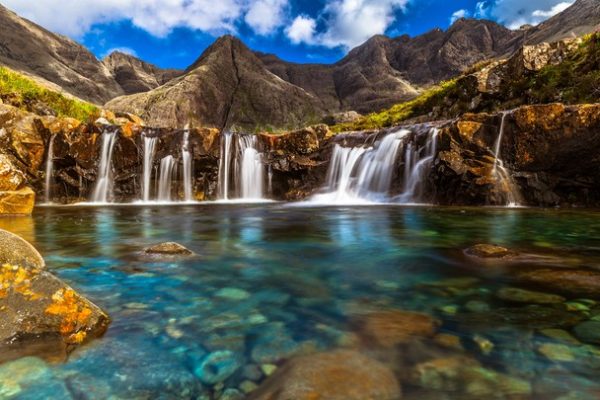 Google.
In the north of Scotland, this magical place is hidden from an unreal story. The fairies' pools are full of transparent and blue water that allow you to see all kinds of fascinating creatures under the gentle waterfalls. 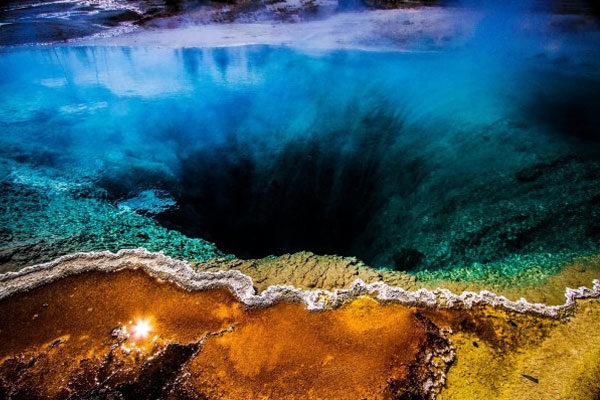 Google.
The Great Prismatic Fountain is located in Yellowstone National Park and is the largest source of hot springs in the United States.

Hills of the island Bohol 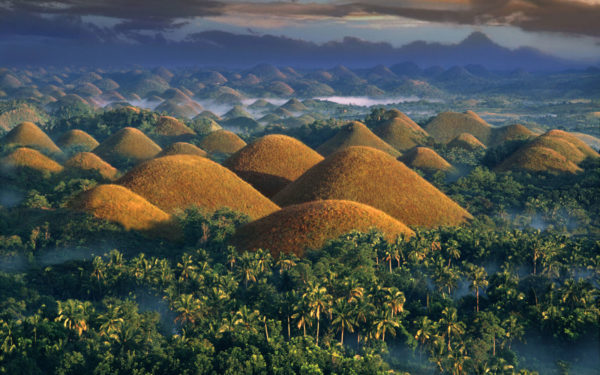 Google.
It is also known as The Chocolate Hills in the Philippines. This is due to their similarity to structures built by man and because in winter when grassland dries out, they turn brown like chocolate. 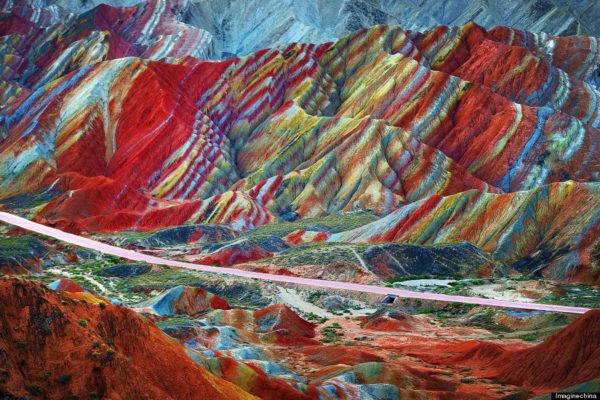 Google.
Definitely, nature made art. This place is impossible to believe! Look at those colors and the rock formations. They really look like candy or a rainbow.
Compartir este artículo
Mundo.com