These beautiful women are breaking the rules according to the established standards of beauty; their curves are changing the fashion industry and have become their best weapon. Plus-Size models are revolutionizing the world of modeling representing major brands and featuring on the covers of popular magazines.

Ashley Graham, one of the most sought-after models of the moment, said in an interview that nowadays, the idea of a skinny body being “the perfect body” is coming to an end.  Get ready to see the most attractive models that have inspired many women around the world. 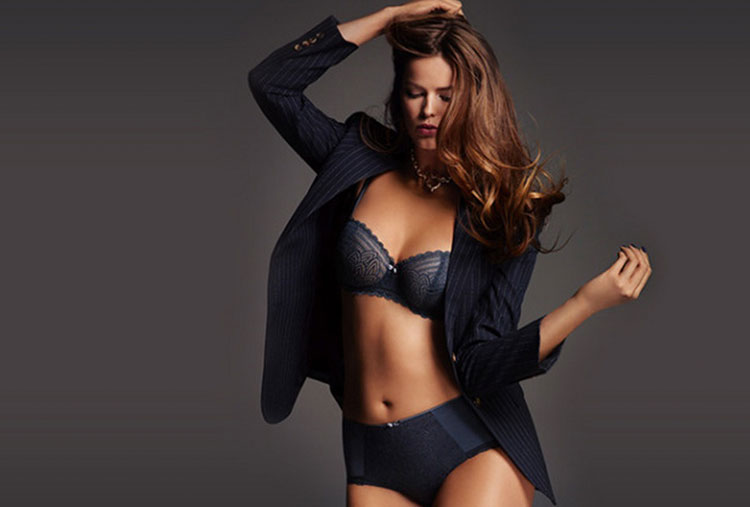 Source: thebertshow.com
This gorgeous 26-year-old Australian model was one of the first models to break the mold (in a matter of size). She has appeared on several campaigns including one for Ralph Lauren, she was the first plus-size model to appear on the cover of Vogue Australia. Lawley also has a blog where she shares homemade recipes; it was so successful that she signed a contract with Random House to publish your own cookbook. 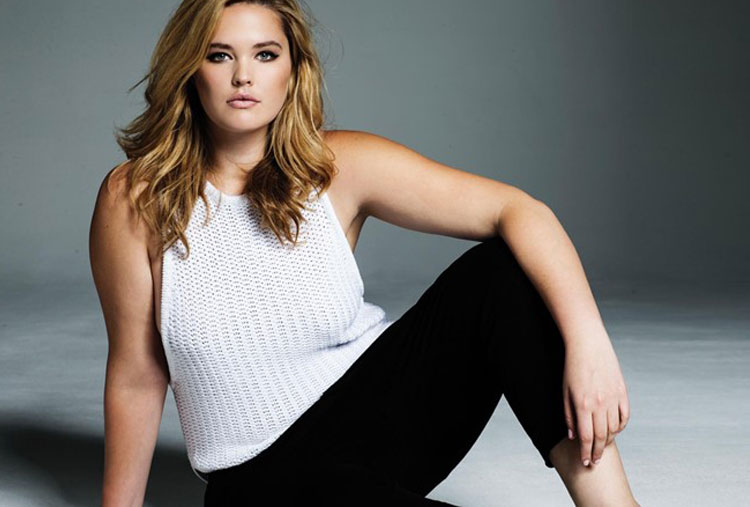 Source: theinscribermag.com
Georgina Burke is a 25-year-old Australian model known for having a beautiful face and her incredible modeling skills. She signed a modeling contract with Torrid (plus size clothing brand), which was one of the top advertising campaigns in the history of plus size models. 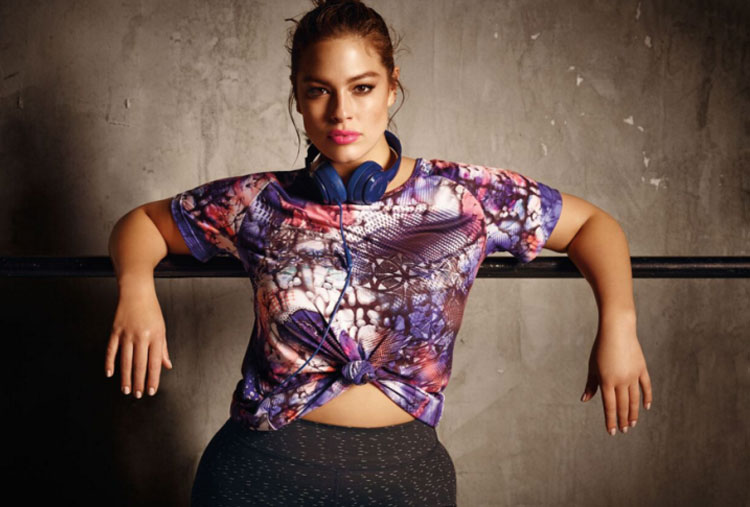 Source: metro.co.uk
This American model became famous when Glamour USA chose her to feature on the cover of the “Revolution of modeling” issue. In 2012 she won model year in the Full Figured Fashion Week. Graham was the first plus-size model to appear on the cover of Sports Illustrated and she also owns has her own lingerie collection. 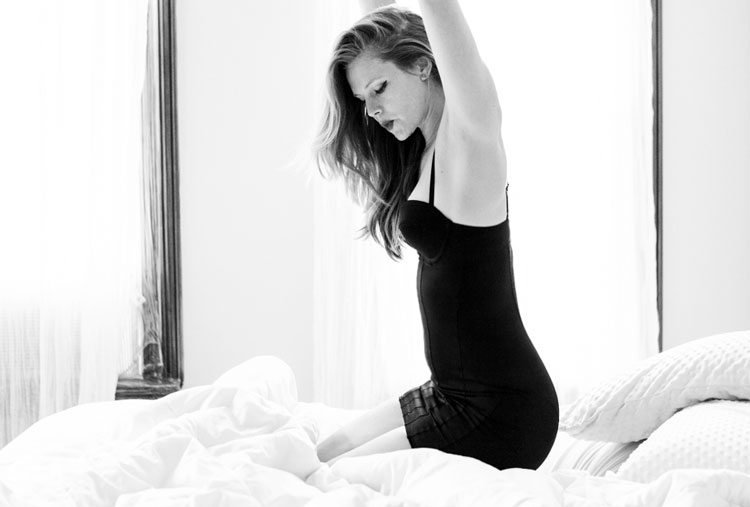 Source: www.yumnaaa.com
Danielle grew up on a small farm in Iowa, where she began her modeling career at age 14. She moved to New York in order to achieve her dream of becoming a professional model. She has worked for brands such as Ralph Lauren, Marina Rinaldi, Macy's and Tommy Hilfiger; and has been featured in magazines such as Vogue, Cosmopolitan, and Women's Fitness Australia. 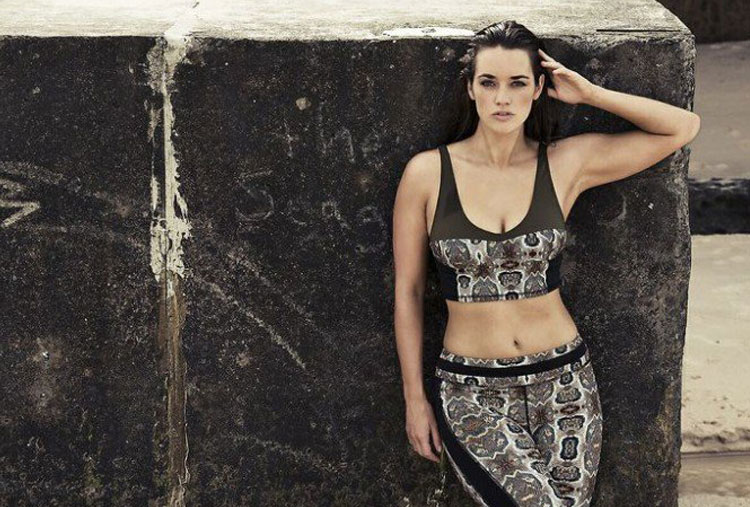 Source: www.mamamia.com.au
She is one of the most intelligent models in the industry; Wells studied Environmental Sciences and takes advantage of her fame to raise awareness among her followers. Laura works with Australian clothing brand Cooper St. and Lala Belle. She is also known for her philanthropic work and breathtaking beauty. 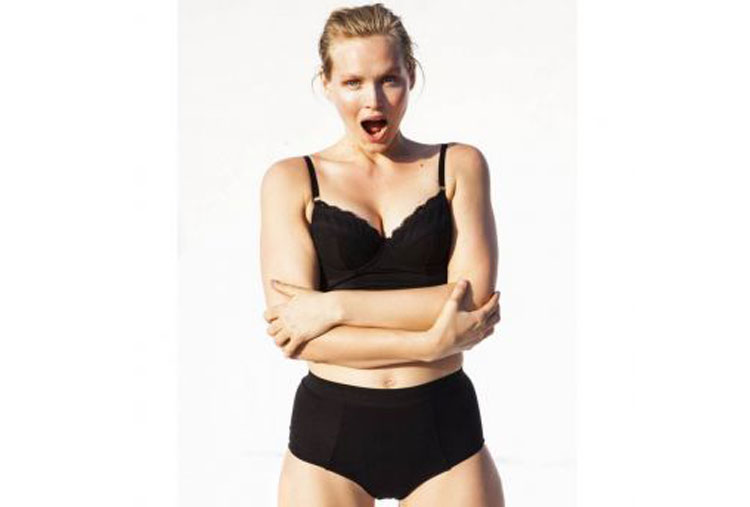 Source: www.her.ie
This beautiful blonde was born in Iceland and is now living in New York, working with Ford Models. She began her career at age 14 after she was invited to participate in a fashion show. At age 15 she moved to London, England, and since then, she hasn’t stopped working in the fashion industry. She was on the cover of Vogue Russia in March 2010 and has participated in campaigns for Clarins, Elena Miró, and Wella. 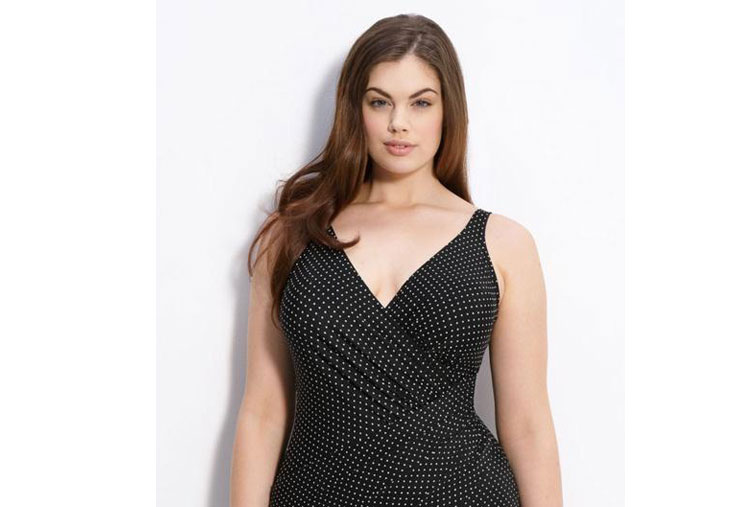 Source: fashiongum.com
The English-born model began her career in the modeling world after becoming Miss Surrey in 2008. She was the first plus-size model to be a finalist in the Miss England contest. Chloe was on the cover of Plus Size Model magazine in March 2010, she has also modeled for Macy’s and Torrid. 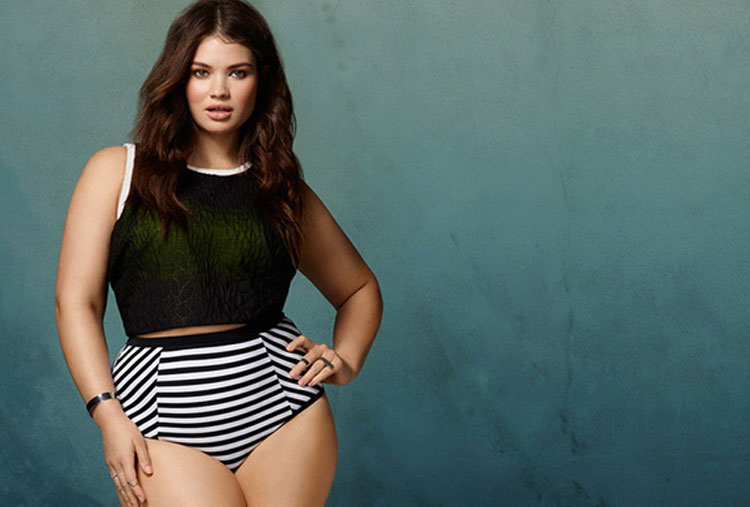 Source: www.kokolife.tv
Tara began her modeling career at age 25 because she needed extra money to pay for college, but she never imagined she would be so successful. She appeared on H&M’s "Big is beautiful” campaign in 2011. Tara said in an interview that it’s ironic how she felt self-conscious of her body and now she is famous because of it. 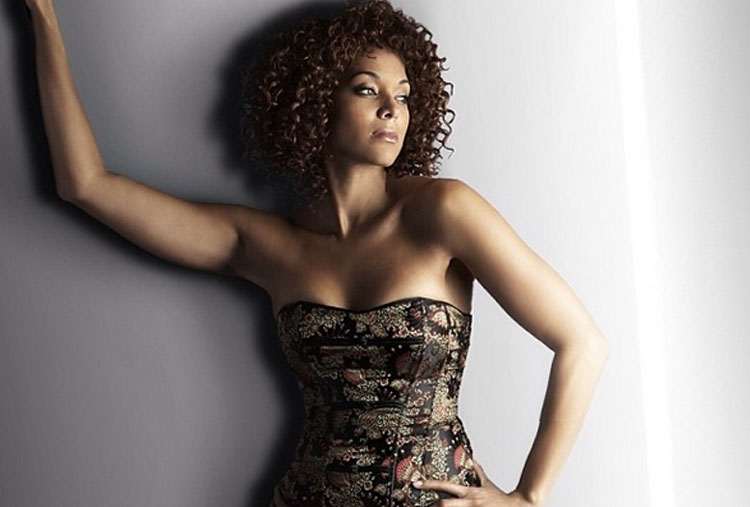 Source: stylecaster.com
Before entering the fashion world, Julie studied marketing at the University of Notre Dame and worked as an actress on Broadway. She was hired by Ford Models agency and has worked for brands such as L'Oreal or H&M. Henderson currently works for Wilhelmina models. 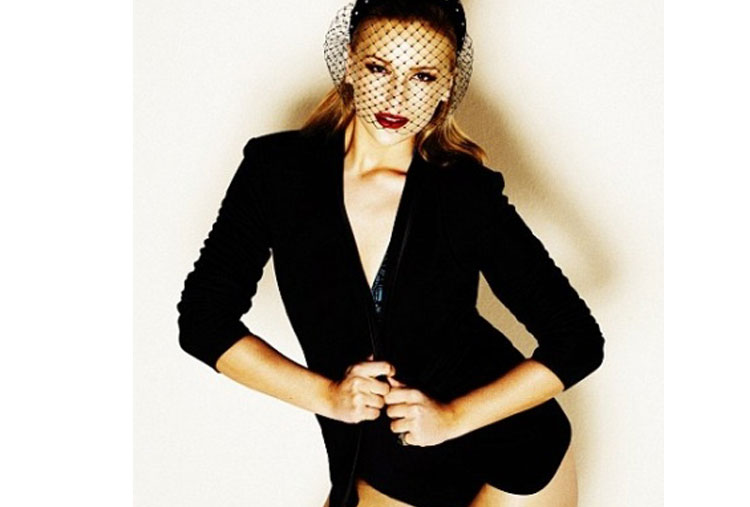 Source: Pinterest
Born in San Jose, California, Lizzie became famous thanks to a picture that showed her stretchmarks and a roll of soft tummy flesh; she has worked for brands such as Macy's and Vogue. 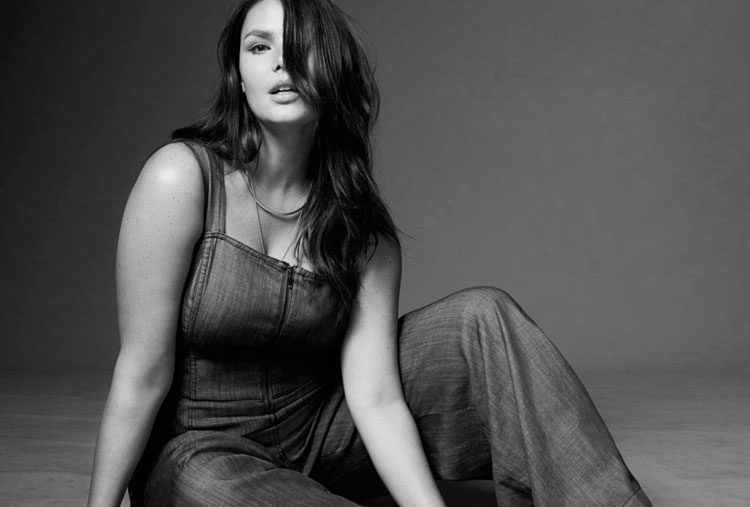 Source: stylencurve.com
This beautiful model born in Washington D.C. has worked with major photographers such as Camila Akrans, David Baker, and Karl Lagerfeld. She has appeared in W Magazine, V Magazine, and Vogue Germany. She was the first plus-size model to appear on a Pirelli calendar and was the image of the swimwear campaign for MANGO. 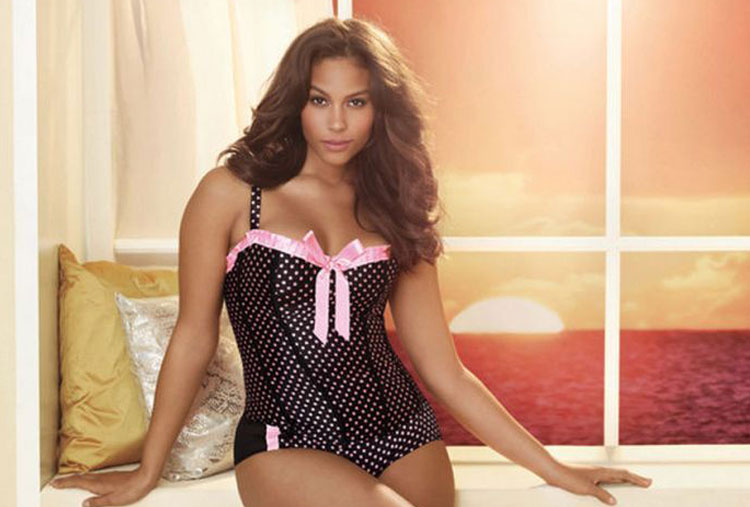 Source: Pinterest
This beautiful model was born in Albany, New York. She signed a modeling contract with Ford Models Agency and in 2013 she was on the runway of Jean Paul Gaultier’s show in Paris. Pring was also on the cover of Italian Vogue magazine. 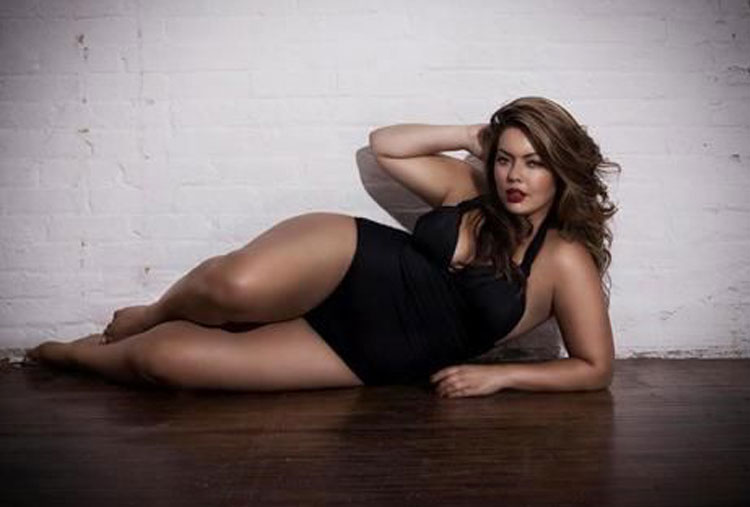 Source: Pinterest
This beautiful model was born in Rio de Janeiro in 1980; she was discovered by a model agent when she was on the bus. Thanks to her Latin roots and her stunning figure she’s known as the plus-size version of Giselle Bundchen. She has worked with Italian Vogue and in 2011 she was considered the Plus -size model of the year. 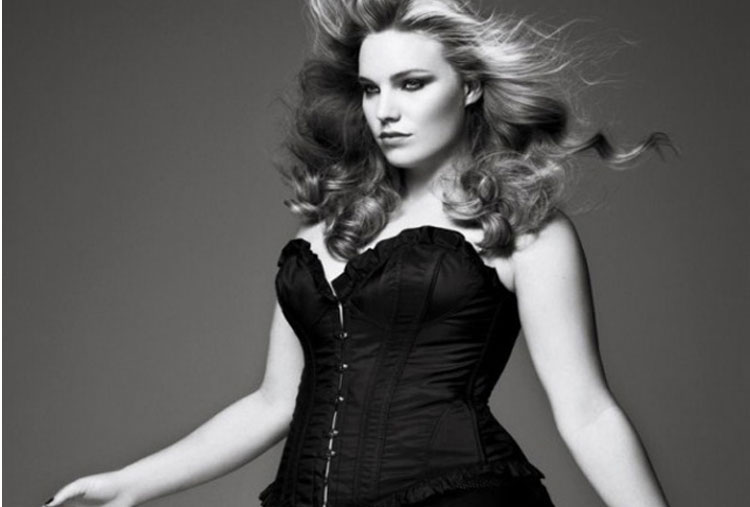 Source: www.inspirationsweb.com
This American model was the first plus-size model to win the America's Next Top Model competition. She was the face of the Cover Girl makeup brand in 2008; she also appeared three times on the cover of Jacksonville magazine. Thompson has modeled for brands such as JC Penney, Forever 21 and Converse. She is also an ambassador for the National Eating Disorders Association. 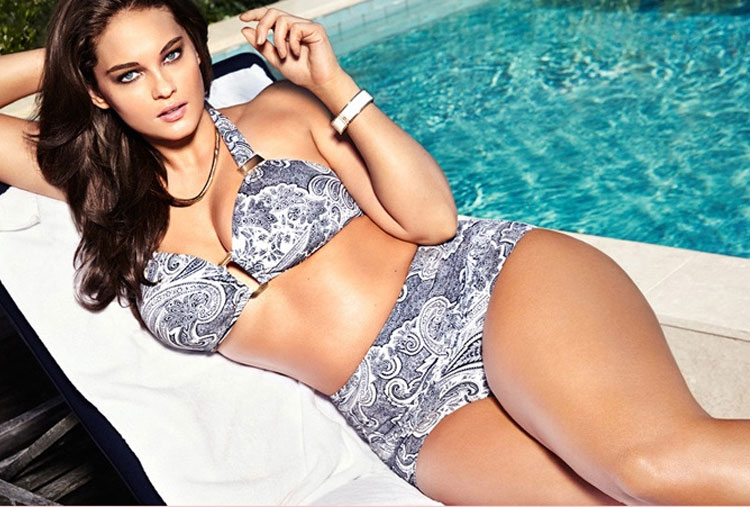 Source: www.plussizemodelshq.com
She began her modeling career in 2001 after moving to New York; two years after being hired by an agency, she became famous for being a swimwear plus-size model for H&M. Runk has modeled for major magazines such as Cosmo and Marie Claire Glamour. 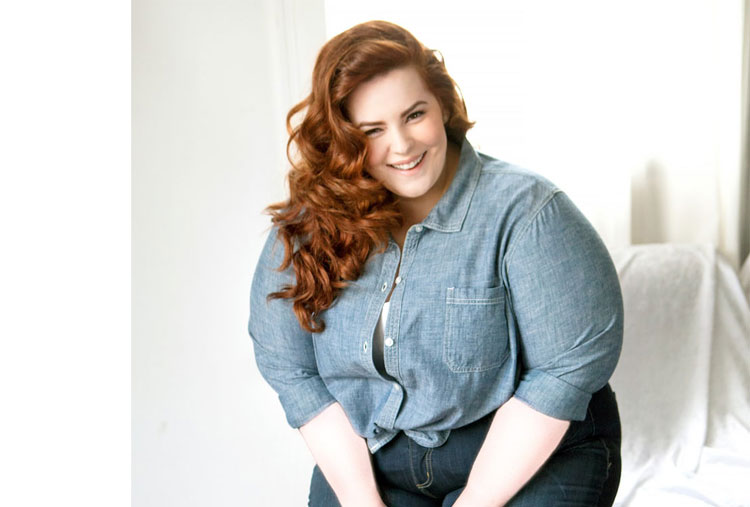 Source: www.usmagazine.com
This beautiful model, born in Mississippi, revolutionized the fashion world. She was chosen by Vogue as one of the top 6 plus-size models. After signing a contract with Milk Model Management she appeared on Vogue magazine and has modeled for Domino Dollhouse and Vintage Black Cat Box 1974. 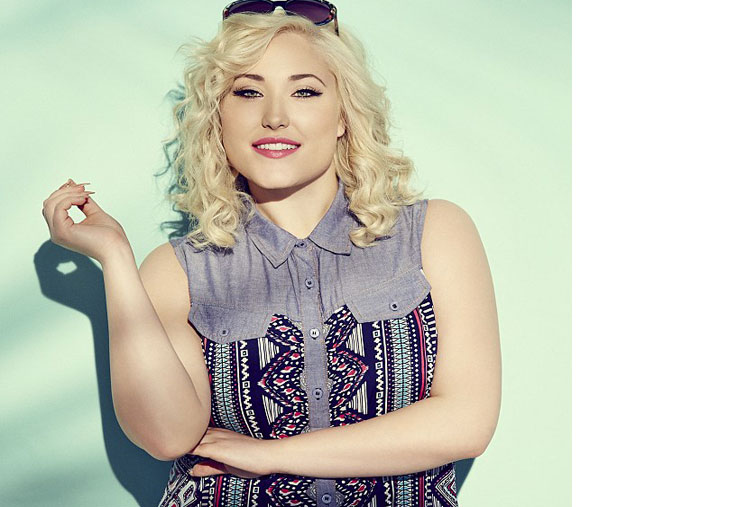 Source: www.today.com
Hayley is the daughter of actor David Hasselhoff, and she has become famous in the fashion industry. Since a very young age, she walked the runway for the British Plus Size Fashion Show and she has also modeled for Torrid. Hayley signed a contract with Wilhelmina Models Agency and in 2014 she was signed by Ford Models. 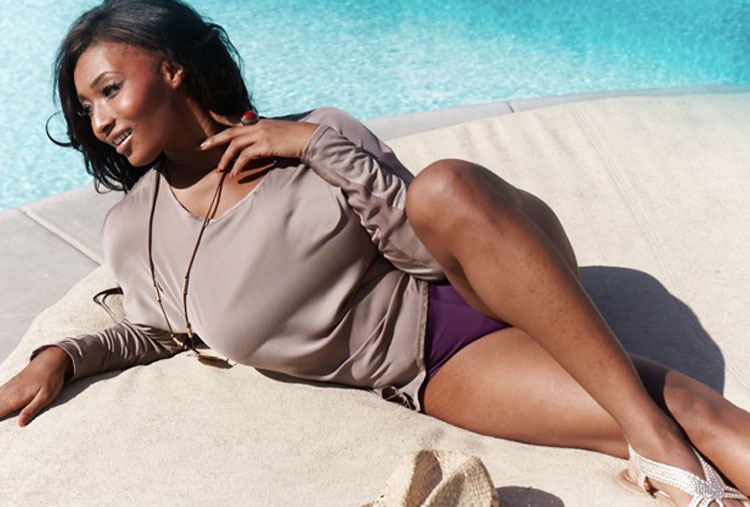 Source: www.stylishcurves.net
This American model appeared on America's Next Top Model; she signed a contract with Wilhelmina Models and she has appeared on the cover of magazines such as The Next Level Magazine, Black Men Magazine and Smooth Magazine. She is one of the most successful plus-size models. 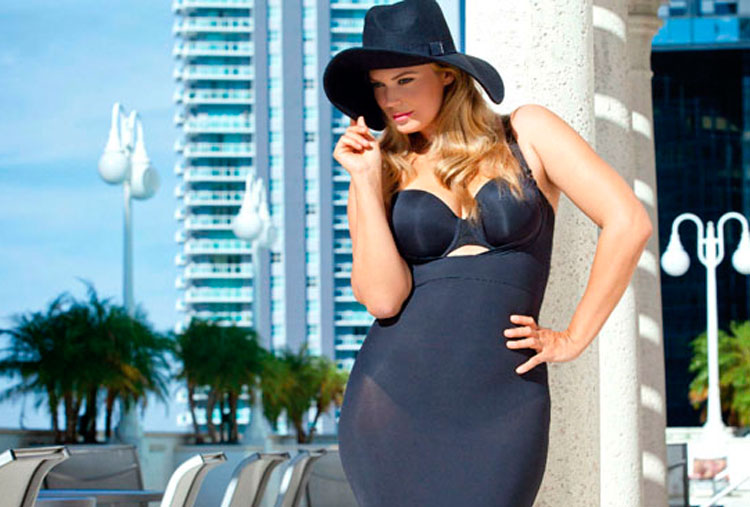 Source: www.stylehasnosize.com
Zharkova began modeling when she was just 14 years old, in 2006 she became the first plus-size model to appear in Cosmopolitan Russia. This beautiful Russian was the face of campaigns for major brands such as Forever 21 and has walked the runway for Marina Rinaldi. 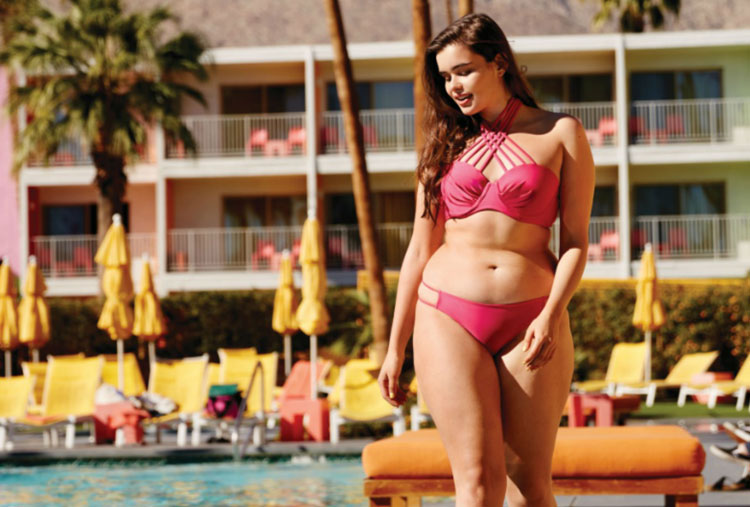 Source: www.independent.co.uk
This American model was born in 1996, she has worked for brands such as American Eagle. The model has taken advantage of social networks, with over 156,000 followers on Instagram.
Compartir este artículo
Mundo.com