Artist Turns Trash Into Animals To Remind Us About Pollution

The talented Portuguese street artist Artur Bordalo (Bordalo II) creates amazing and unique animal sculptures made with trash. According to Bored Panda, “He seeks to portray nature (animals) with the materials that threaten it.” You can find his work in cities across Portugal and now in Estonia and the U.S. He’s definitely a bold and determined artist. 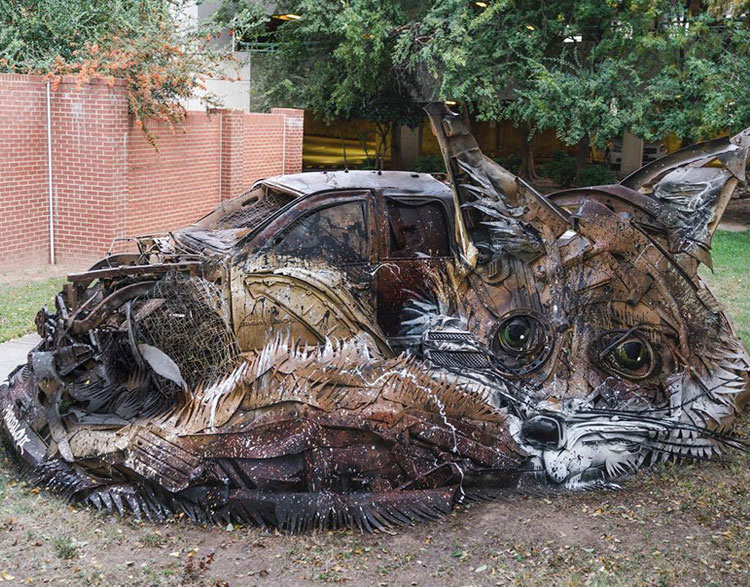 There’s no doubt that his work is amazing. According to his Facebook Biography, “I was born in Lisbon, 1987. I belong to a generation that is extremely consumerist, materialist and greedy. With the production of things at its highest, the production of "waste" and unused objects is also at its highest. "Waste" is quoted because of its abstract definition: "one man's trash is another man's treasure".” 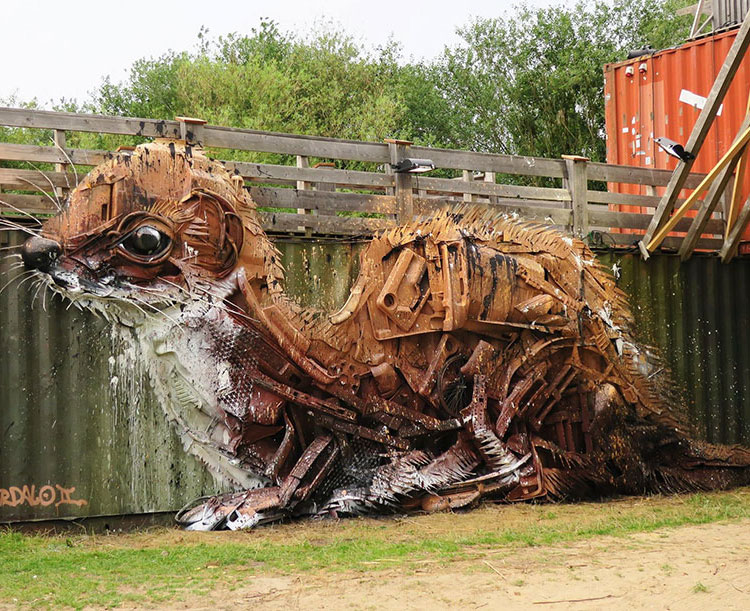 “I create, recreate, assemble and develop ideas with end-of-life material and try to relate it to sustainability, ecological and social awareness.” says Bordalo. Damaged bumpers, burnt garbage cans, tires and appliances are just some of the objects he uses to create unique works of art. 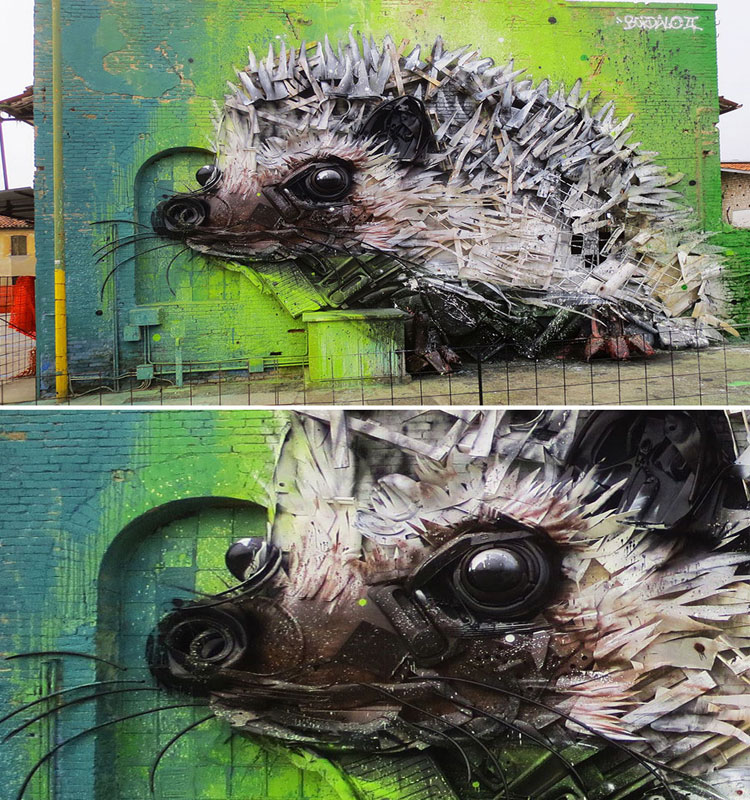 Street art is visual art created in public locations, usually unsanctioned artwork executed outside of the context of traditional art venues. The term gained popularity during the graffiti art boom of the early 1980s and continues to be applied to subsequent incarnations. 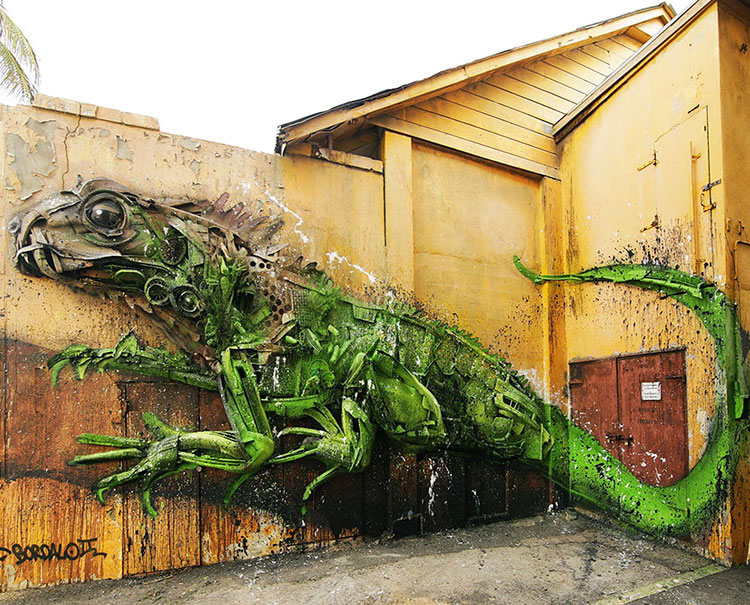 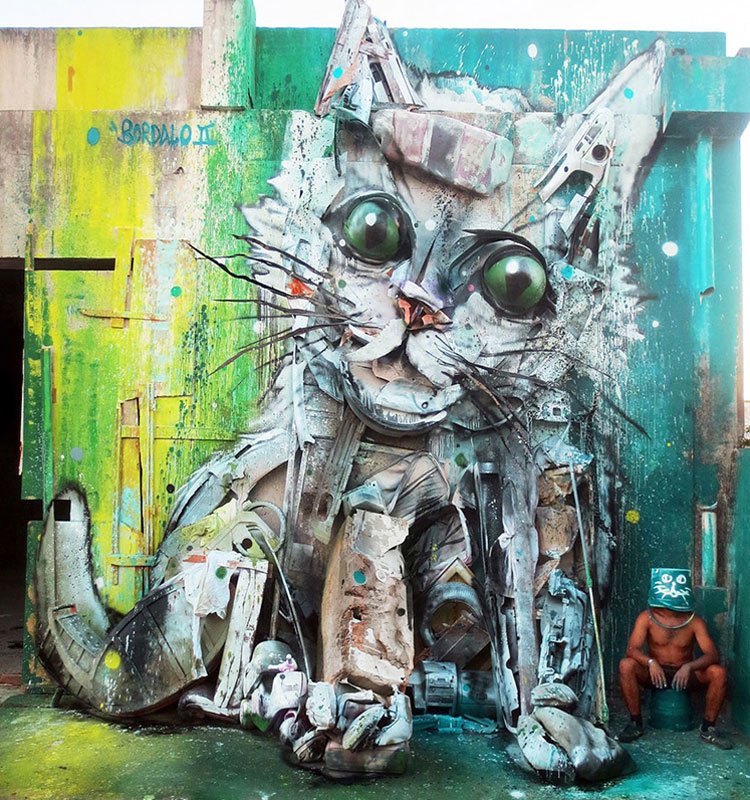 The terms "urban art", "guerrilla art", "post-graffiti" and "neo-graffiti" are also sometimes used when referring to artwork created in these contexts. Traditional spray-painted graffiti artwork itself is often included in this category, excluding territorial graffiti or pure vandalism. 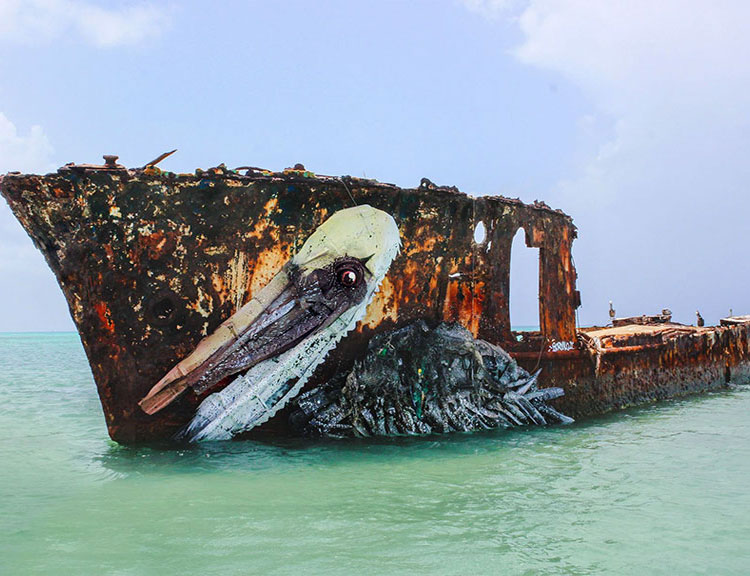 Street art is often motivated by a preference on the part of the artist to communicate directly with the public at large, free from perceived confines of the formal art world. 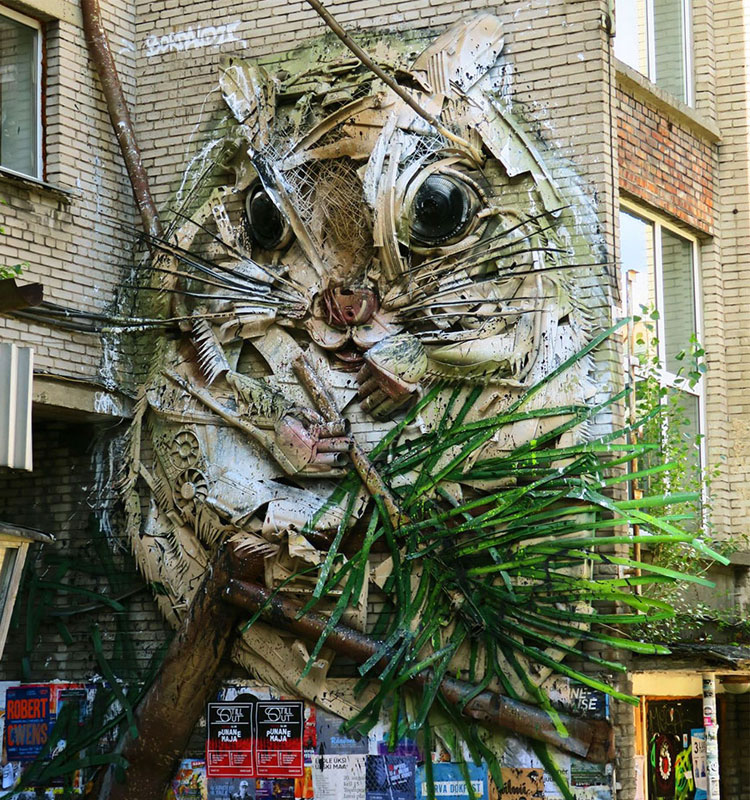 Street artists sometimes present socially relevant content infused with aesthetic value, to attract attention to a cause or as a form of "art provocation". 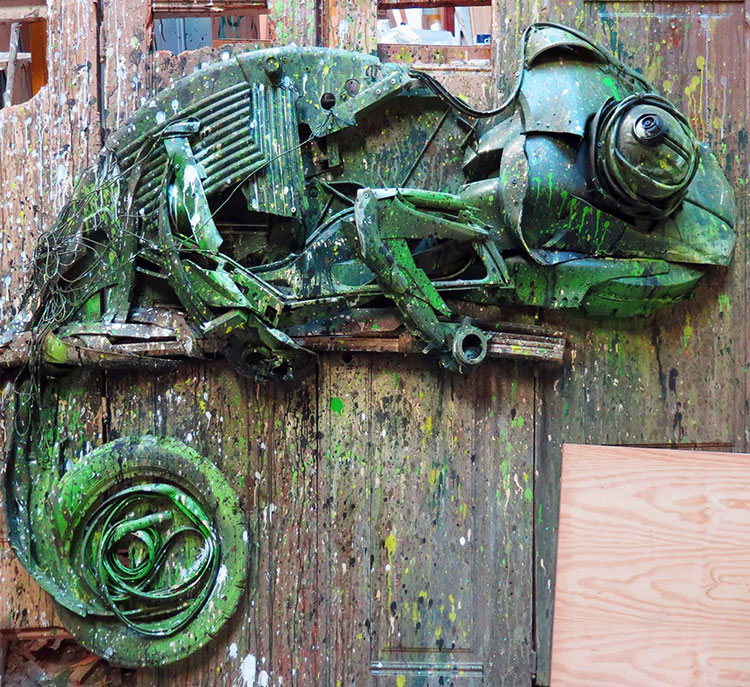 Street artists often travel between countries to spread their designs. Some artists have gained cult followings, media and art world attention, and have gone on to work commercially in the styles which made their work known on the streets. 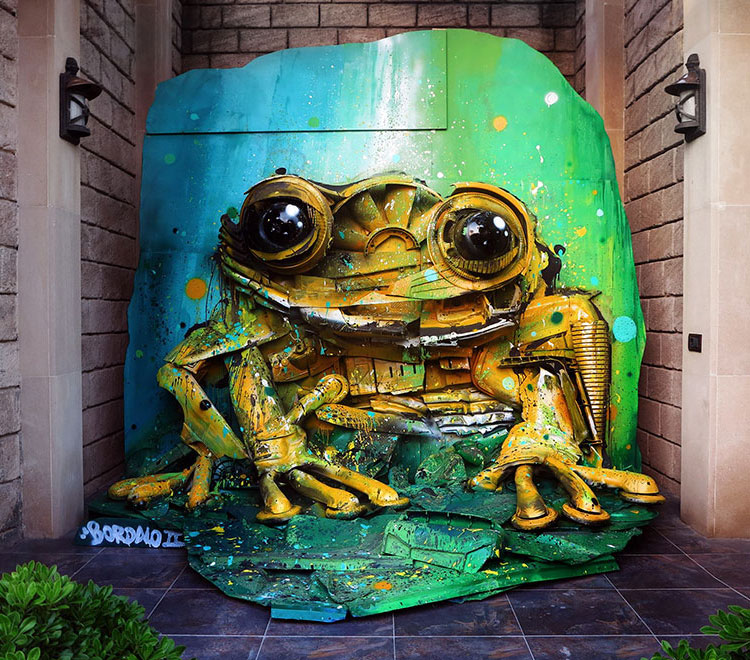 Artists have challenged art by situating it in non-art contexts. Street artists do not aspire to change the definition of an artwork, but rather to question the existing environment with its own language. 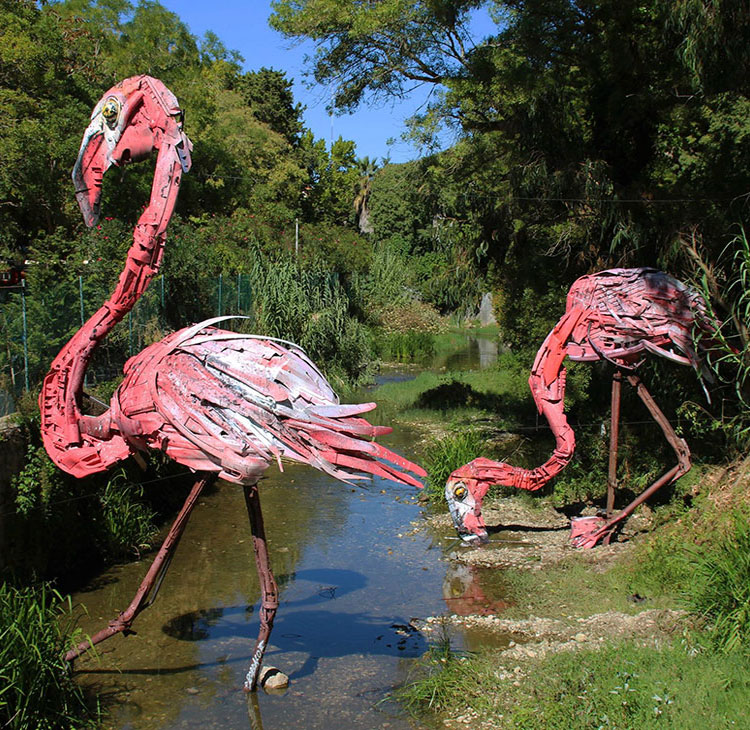 The motivations and objectives that drive street artists are as varied as the artists themselves. ‘Street’ artists attempt to have their work communicate with everyday people about socially relevant themes in ways that are informed by aesthetic values without being imprisoned by them. 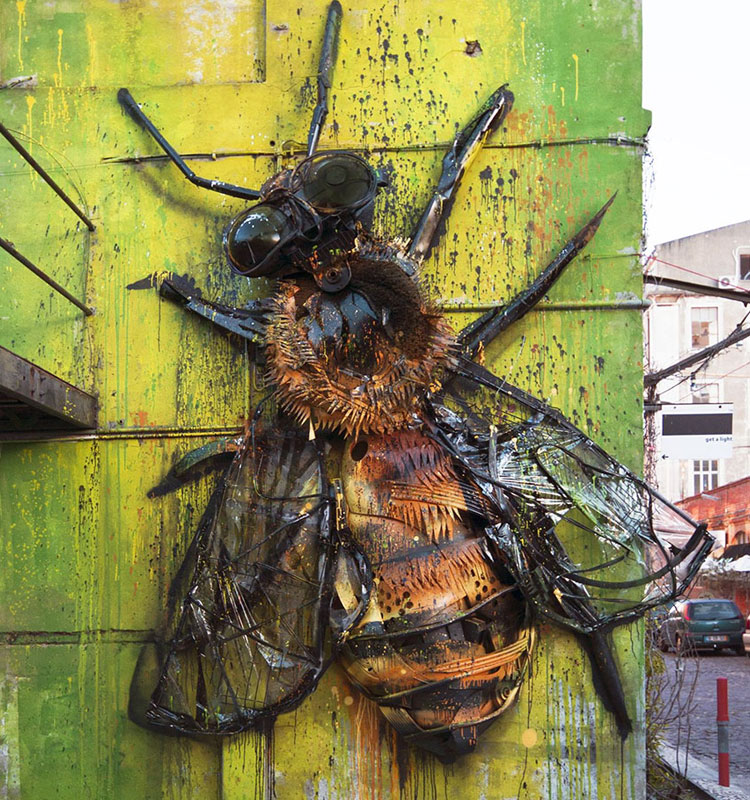 There is a strong current of activism and subversion in urban art. Street art can be a powerful platform for reaching the public and a potent form of political expression for the oppressed, or people with little resources to create change. Common variants include adbusting, subvertising and other culture jamming, the abolishment of private property and reclaiming the streets. 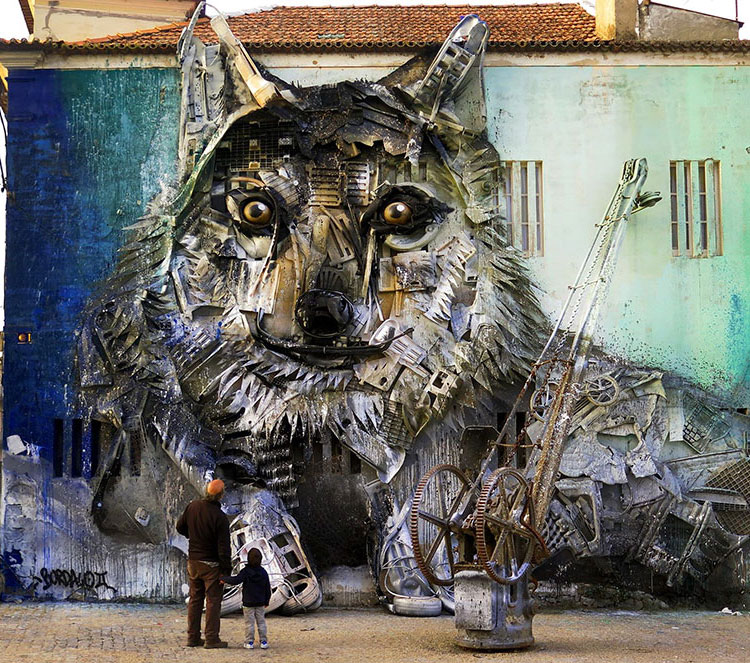 Some street artists use "smart vandalism" as a way to raise awareness of social and political issues. Other street artists simply see urban space as an untapped format for personal artwork, while others may appreciate the challenges and risks that are associated with installing illicit artwork in public places. 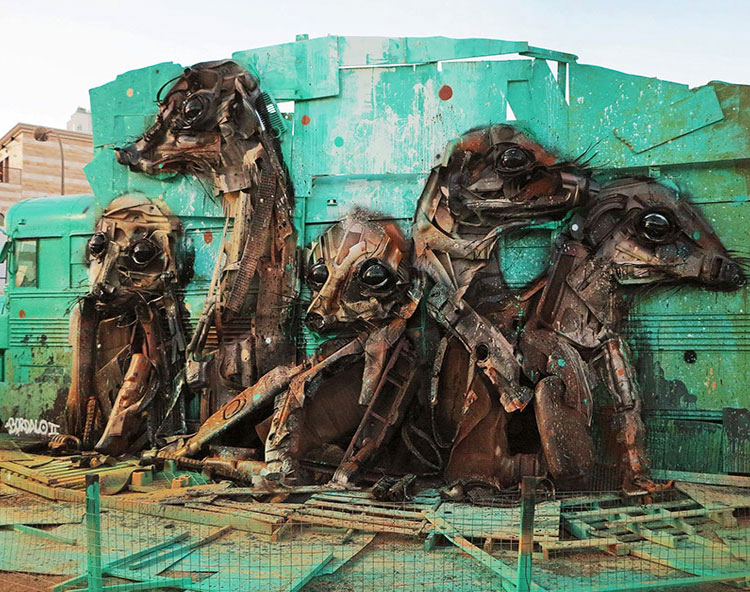 A universal motive of most, if not all street art, is that adapting visual artwork into a format which utilizes public space allows artists who may otherwise feel disenfranchised to reach a much broader audience than traditional artwork and galleries normally allow. 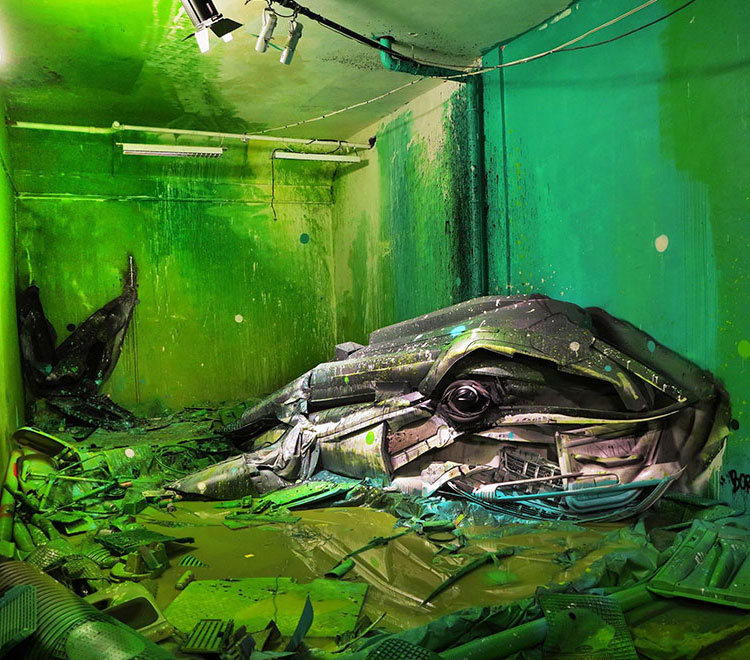 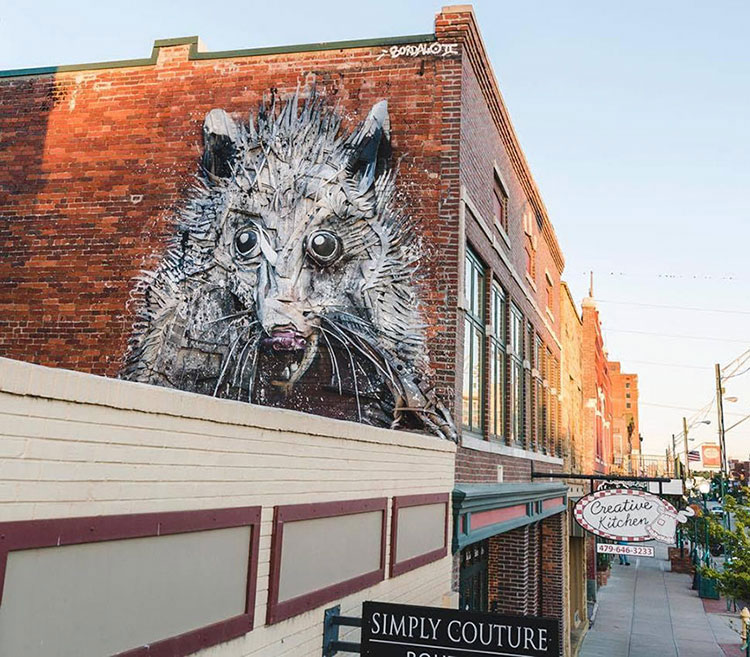 New media forms such as projection onto large city buildings are an increasingly popular tool for street artists and the availability of cheap hardware and software allows street artists to become more competitive with corporate advertisements. 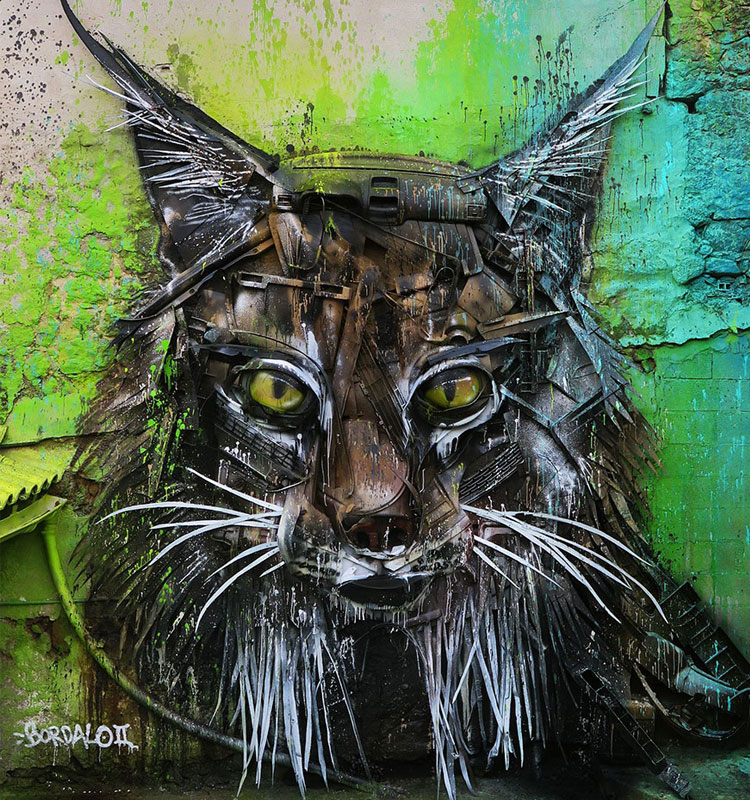 Much like open source software, artists are able to create art for the public realm from their personal computers, similarly creating things for free which compete with companies making things for profit. 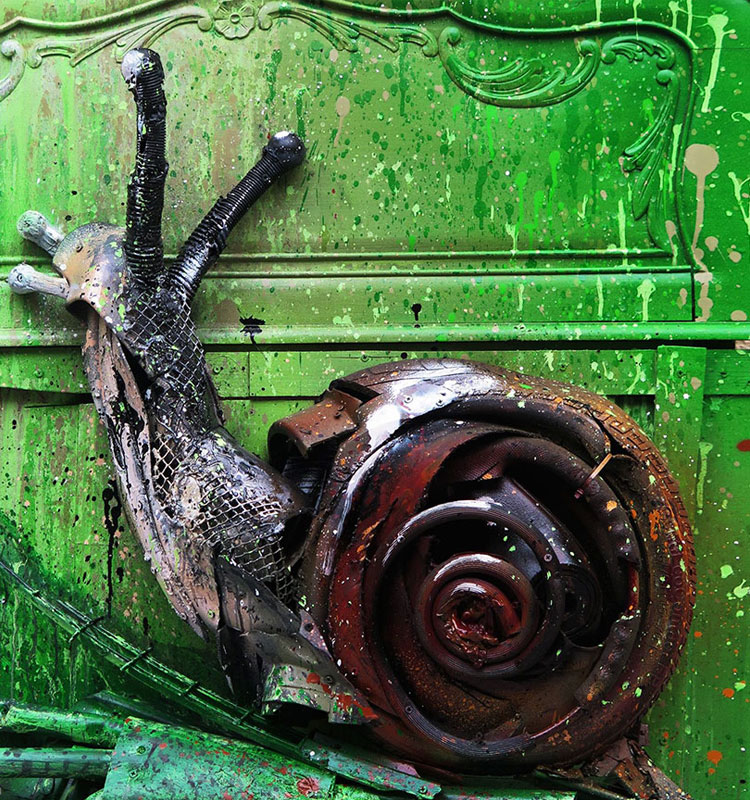 Street art is a topical issue. Some people consider it a crime; others consider it a form of art. Street artists may be charged with vandalism, malicious mischief, intentional destruction of property, criminal trespass, or antisocial behavior. 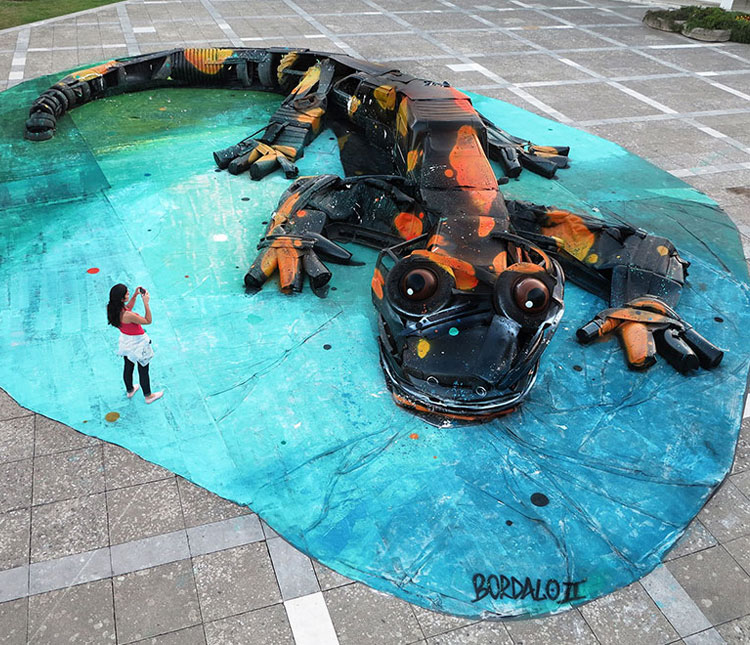 Some in society have transitioned from disdain to quiet acceptance. In some quarters acceptance has morphed into outright love instigating a race to purchase this urban craft. In some cities, it is unlawful for landowners to allow any graffiti on their property if it’s visible from any other public or private property. 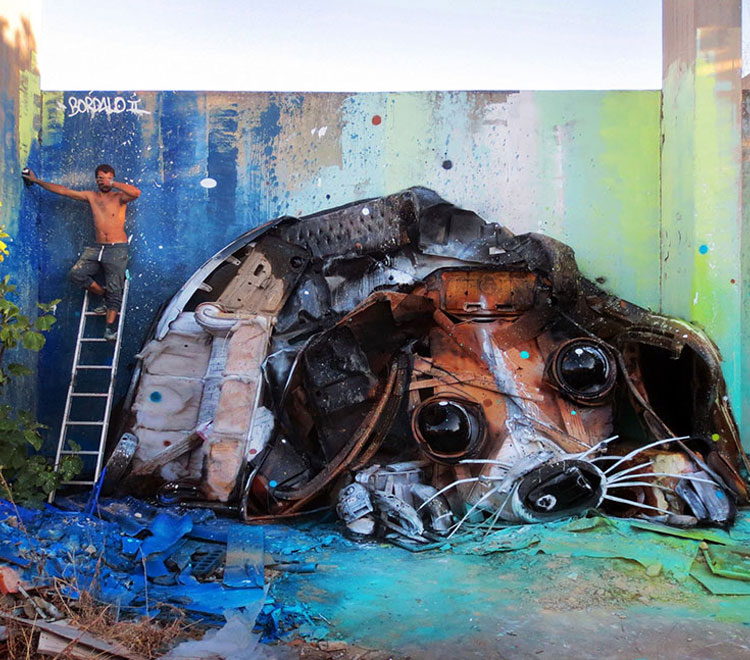 Slogans of protest and political or social commentary graffitied onto public walls are the precursor to modern graffiti and street art and continue as one aspect of the genre. Street art in the form of text or simple iconic graphics in the vein of corporate icons become well-known yet enigmatic symbols of an area or an era. 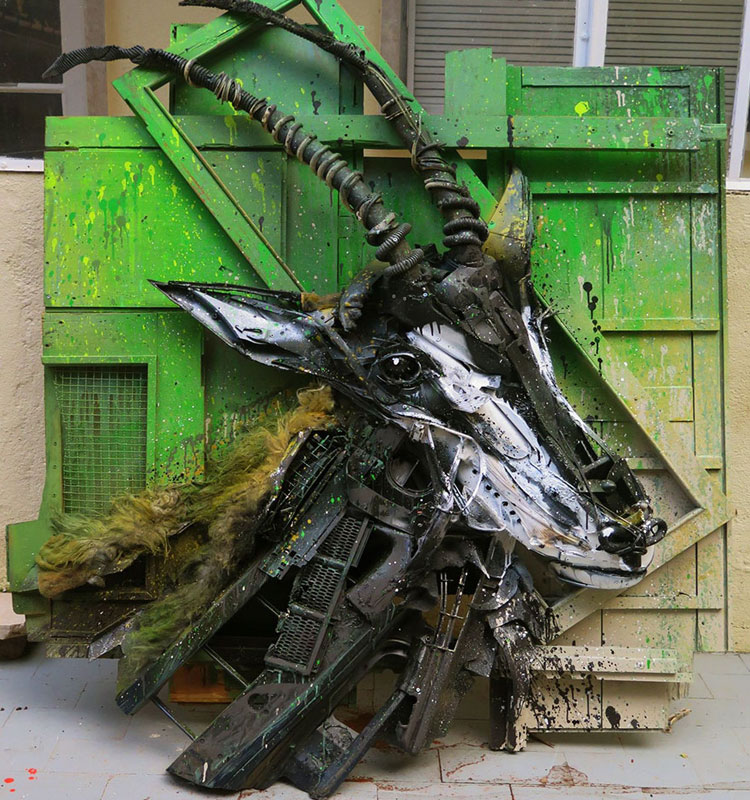 Much of what can now be defined as modern street art has well-documented origins dating from New York City's graffiti boom, with its infancy in the 1960s, maturation in the 1970s, and peaking with the spraypainted full-car subway train murals of the 1980s centered in the Bronx.