Ever since Apple launched the first iPhone in 2007, there have been nine different generations of iPhone models. Each one of them has run Apple’s iOS mobile operating system. The last iPhone model released was the SE model, and the new iPhone 7 will feature the iOS 10 software. According to Apple, the new software will be the “biggest release ever” so it will definitely have some really interesting features.

In this post, you’ll find really interesting facts about the new features of the iOS 10 software. All of these features will make you want to get the update as soon as possible! 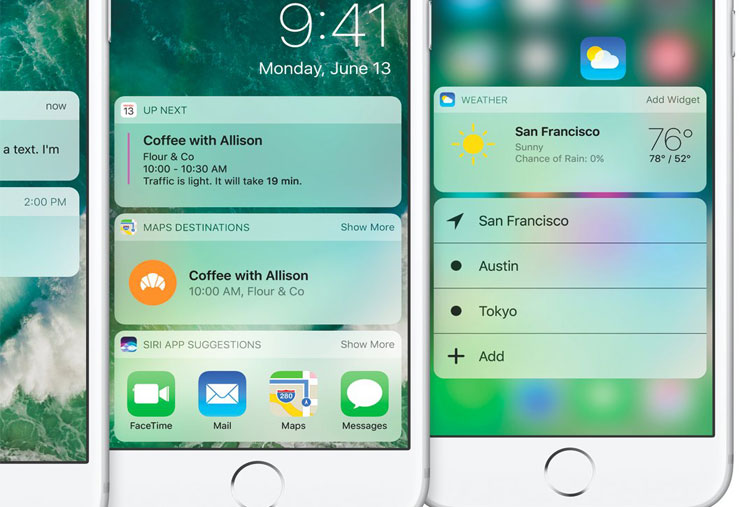 We often check our phone to see the new notifications, so the iOS 10 will show more detailed notifications that will let you choose different options without unlocking your phone. This will definitely help you save time. 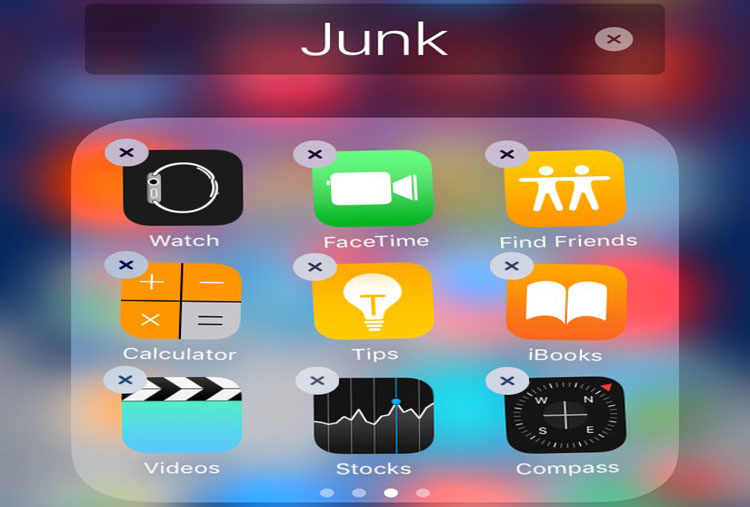 The new software will let you remove most of Apple’s built-in Apps. This is definitely good news to all of us because it was really annoying when we had to delete our photos or music to free up storage. 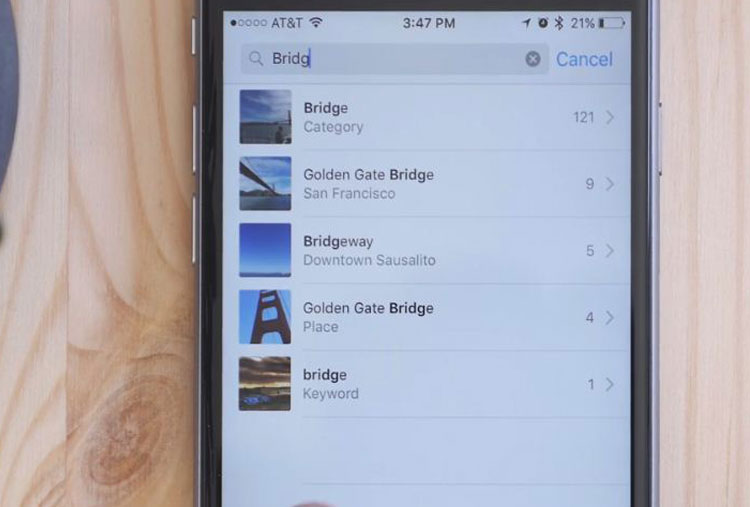 The new photos app will recognize people, places, and activities. You will be able to search for “apples” and it will show all the photos with apples in them. If you are one of those people who have hundreds of photos on your phone, this new feature will be really helpful to you. 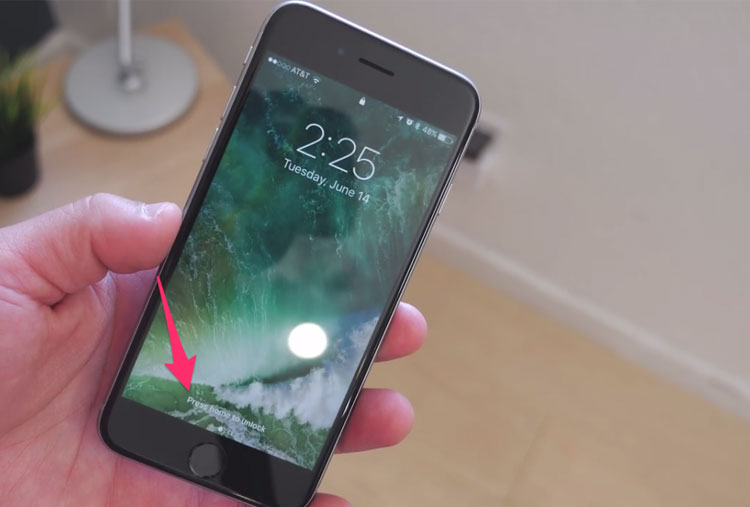 There won’t be any more “slide to unlock” option since most people use the TouchID fingerprint sensor. This actually makes a lot of sense because it is faster to use the TouchID and people always expect faster features. 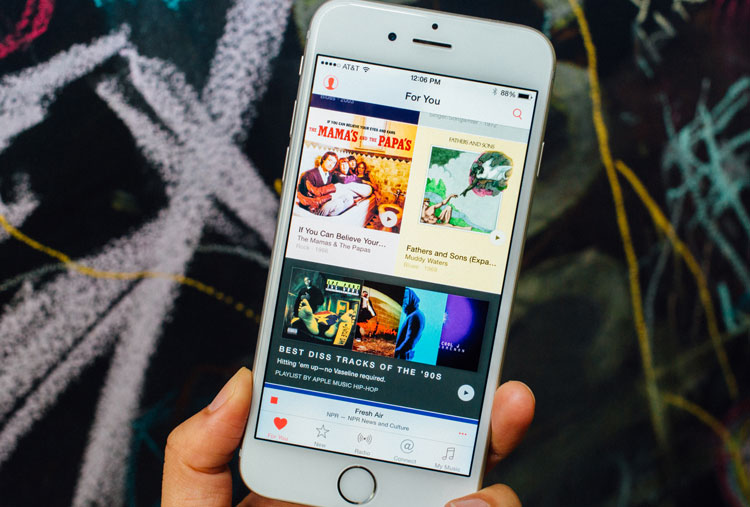 You’ll be able to manage your own music collection on your IPhone thanks to a new button that will let you cull and optimize your iPhone music library. If you are running out of space, this is also a very helpful feature. 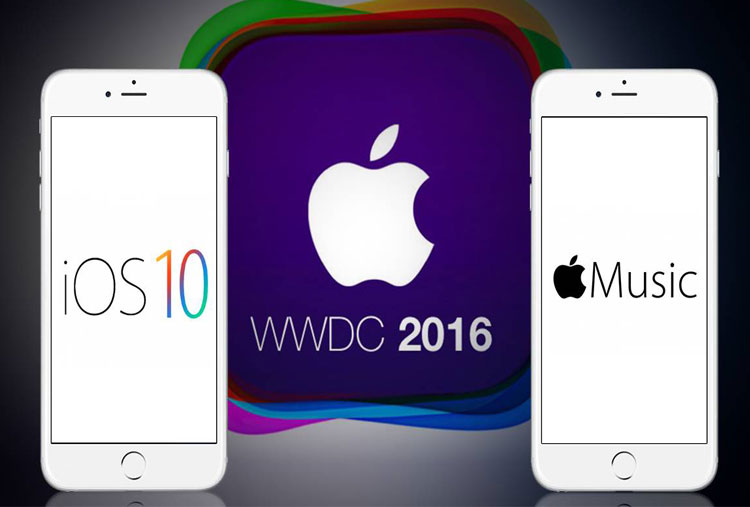 The new Apple Music feature will be a lot lighter, with bigger letters, more white space and more album art. The current Apple Music can be quite confusing because of its design, so the new cleaner design will definitely be better. 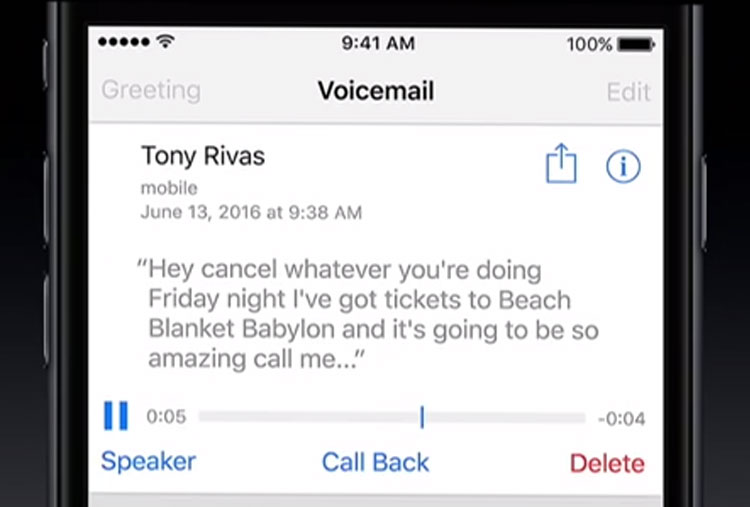 Siri will have a very cool and interesting feature; you’ll be able to read your voicemail. How? Well, Siri will transcribe your voicemail so you can read it like a text message. You won’t have to use your headphones if you’re at the office in order to listen to your new voice messages. 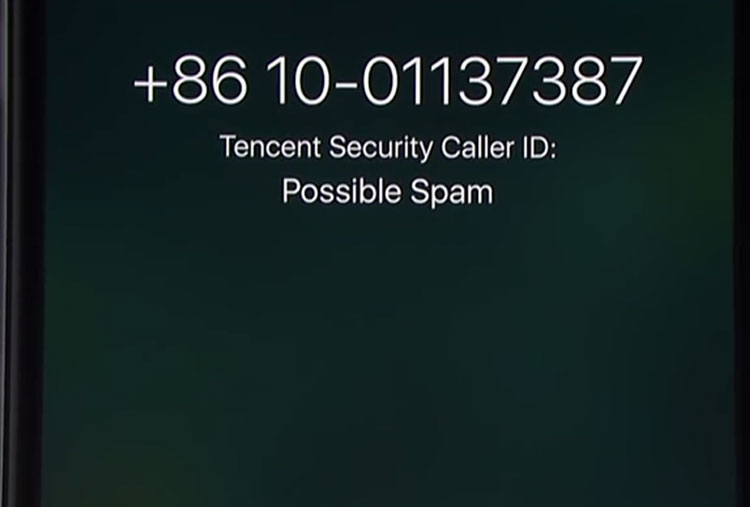 The new iOS 10 will warn you if an unknown number might be a spammer. You will also be able to receive Skype or WhatsApp calls on the main lock screen. We will definitely love these new updates! 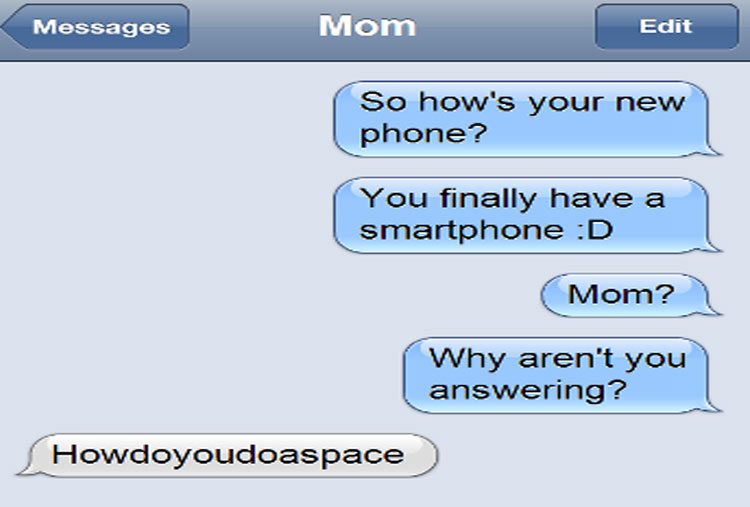 Your phone will be able to set new default settings depending on the services you use the most with each one of your contacts. If you use WhatsApp with your best friend all the time, then your phone will know to use that app. 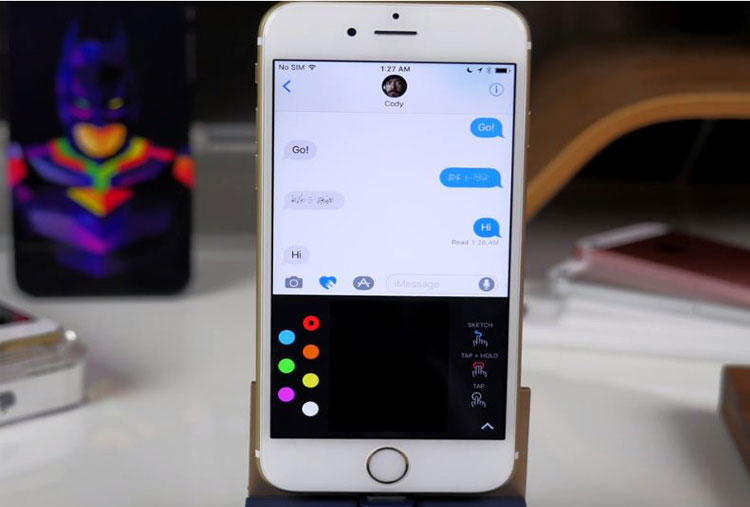 The Messages App might be becoming less and less popular because of WhatsApp or Facebook Messenger but the new App will have new animations, sticker apps, and even “invisible messages”. 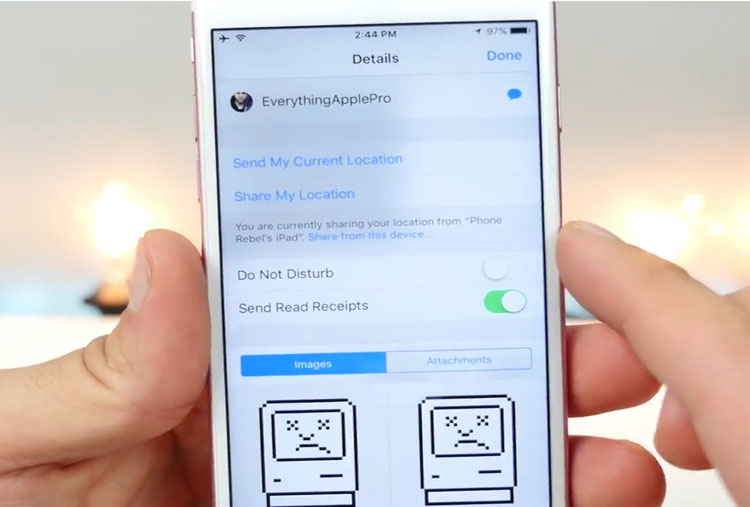 We have all wanted to turn off read receipts only for certain people and the new IOS 10 will let you do just that! If you don’t want your ex to know if you read the message or not, this will be extremely helpful! 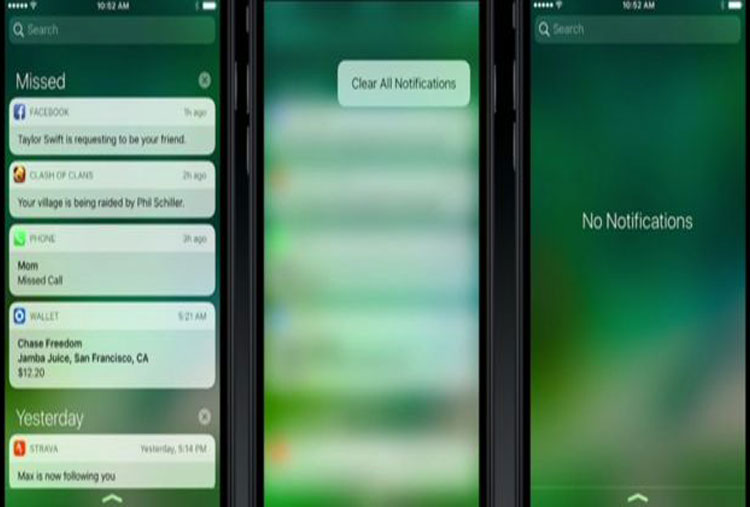 Your phone will have a new button that will let you clear all of your notifications with 3D touch; swiping away one by one, was a bit annoying.  All of these new features will help you save time, so we are pretty excited! 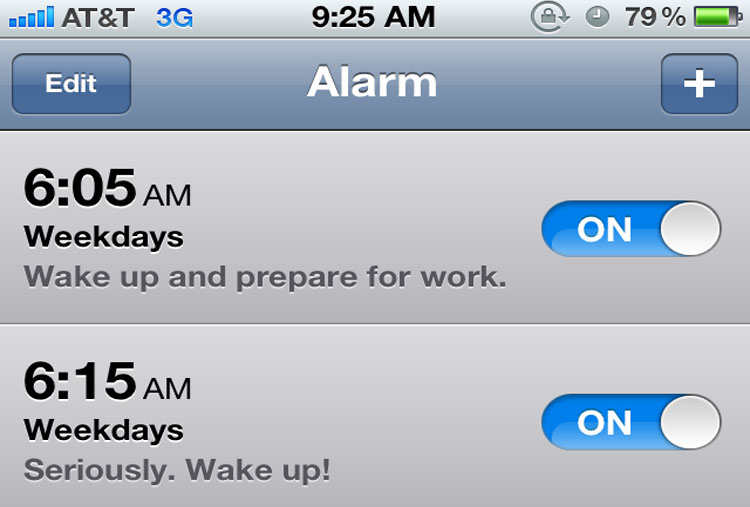 If you are one of those early risers, you probably use Apple’s alarm clock every day. The new iOS 10 will have a new design that will let you know when it’s time to go to bed and it will have a new dark mode that will protect your eyes from that bright light in the morning. 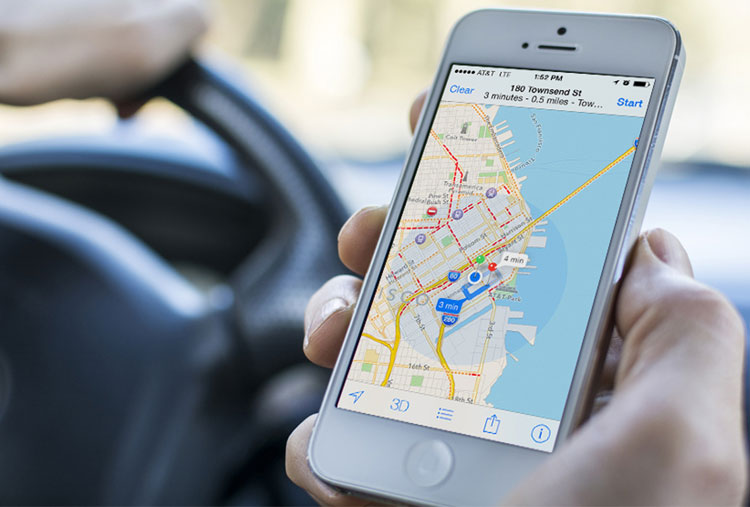 Apple Maps will have some really interesting new features. If you are one of those people who forget things easily, your phone will let you remember where you parked your car thanks to Apple Maps. 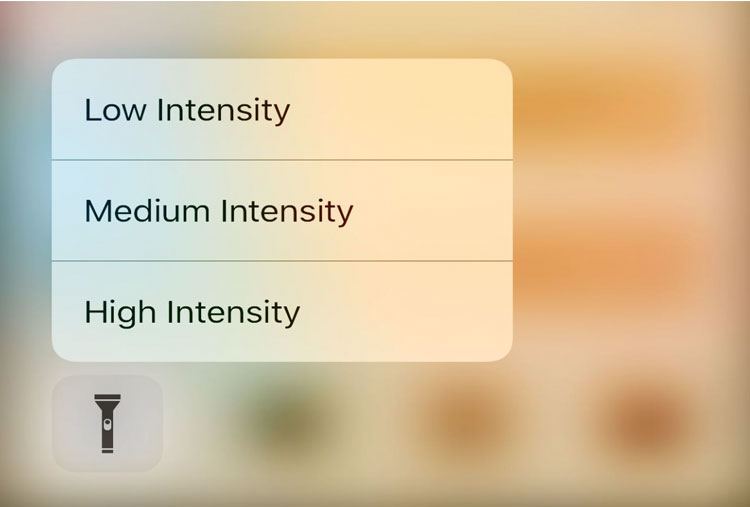 There will be a flashlight button that will let you choose between low, medium or high intensity; there will also be an easy button to unsubscribe from a mailing list. The loud typing sound has been quieted, so you won’t have to mute it anymore. 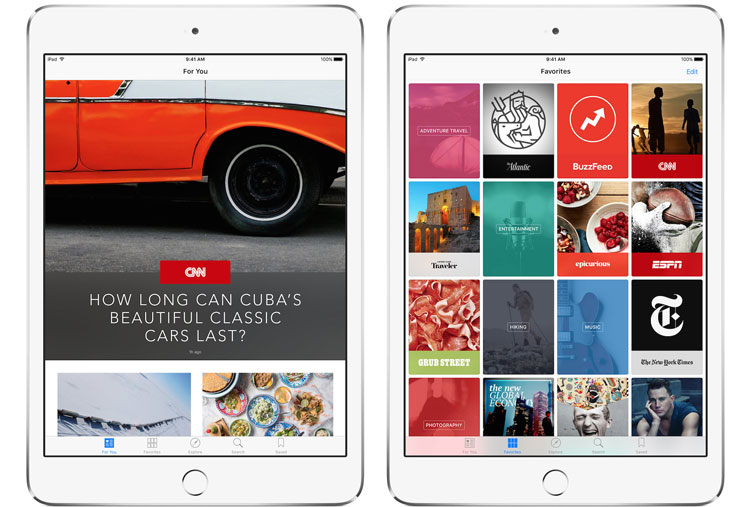 The For You tab in Apple News breaks news into personalized topics and it will also introduce subscriptions. So whether you read Vogue or the Wall Street Journal, you’ll be able to see every issue or get the breaking news notification. 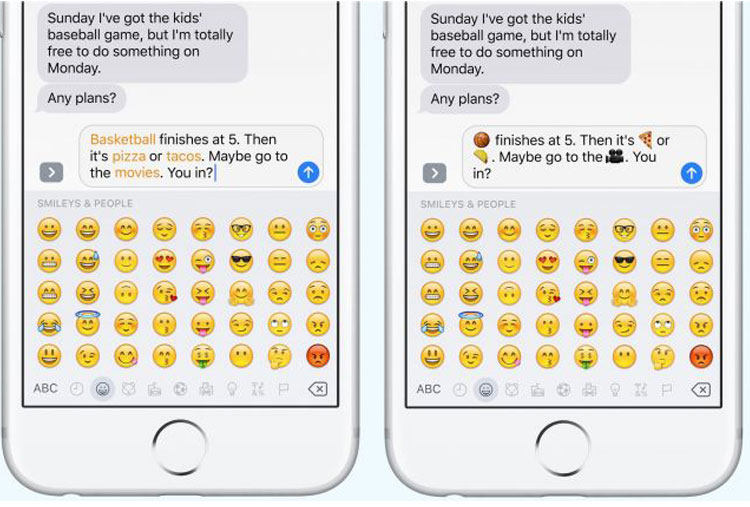 The iOS 10 will let you tap a word to replace it with the corresponding emoji. How cool is that?! Instead of spending time looking for the right emoji, you phone will find one for you. 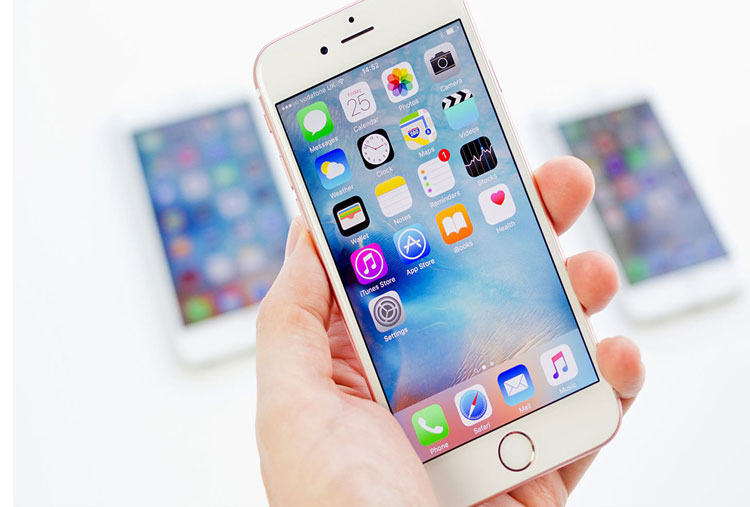 If you receive a message with a link, it will automatically show the title of the website and the corresponding image. This will help you know if the link they sent you might be spam. 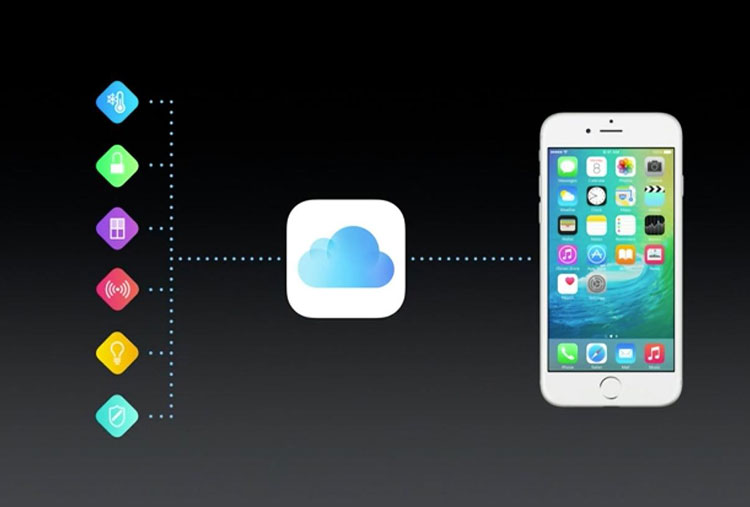 If you have Smart home devices, there’s an App called Home from which you can control all of the devices that are compatible with apps. It’s amazing how all these new features make everything so much easier for us! 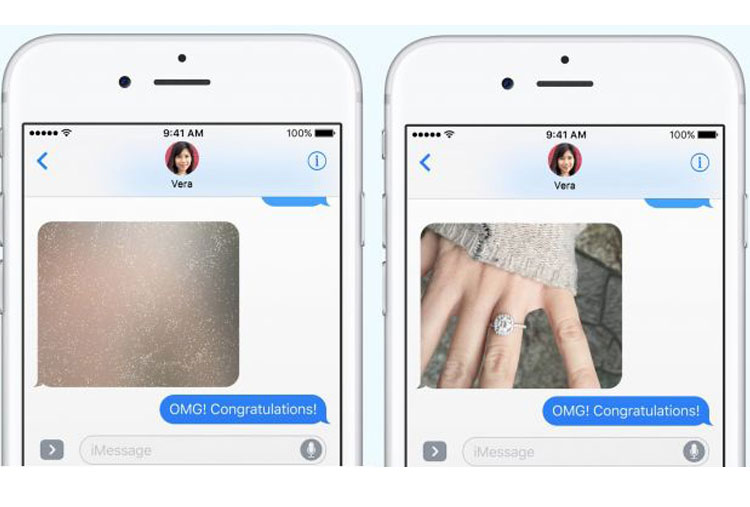 We’ve previously mentioned some new features on the iMessage App, but there are more new options such as making your text bubbles larger or swiping on the “invisible ink” so that you can read the “invisible messages” containing more private stuff.