25 easy cleaning tricks you must know

We don’t know about you, but for us, cleaning is sometime the bane of our existance and one of the most annoying parts of adulting. But as it needs to be done, we thought we could find out if we could make our lives easier and find some hacks or tricks that will expedite things. These tricks tackle some of the most strenous cleaning tasks and will not only save you time, but money.

So get ready and take out your baking soda, and your vinegar (who knew that is all it takes?!), as here are 25 super easy cleaning tricks everyone should know. Your inner clean freak (and your overall health!) will thank you profusely. 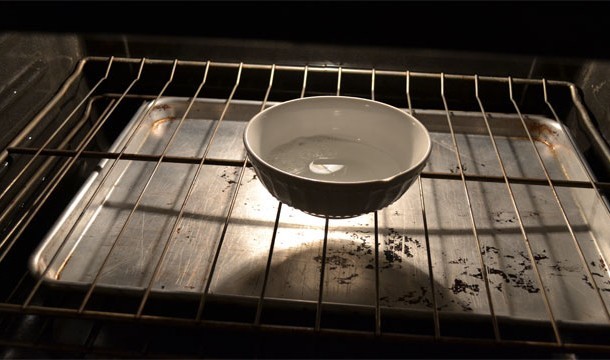 Cleaning the oven is a great challenge to begin. However, do not panic. Carefully place a bowl of ammonia, half of the container, in the oven and let stand overnight. Do not light the oven. The next day the dirt can removed as if it is butter. 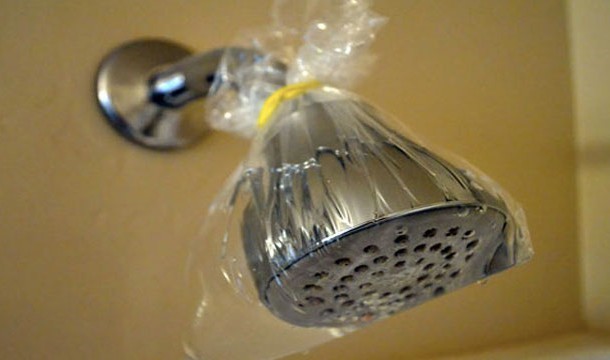 Fill a plastic bag with white vinegar and wrap the solution around the shower head. Leave it overnight and clean in the morning. Blessed remedy! 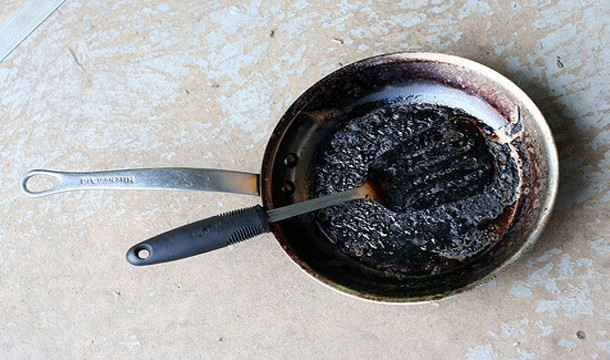 Add a cup of white vinegar to your dirty pot or frying pan and heat pan in oven for a few minutes. Then add two tablespoons of baking soda. Try scrubbing now! 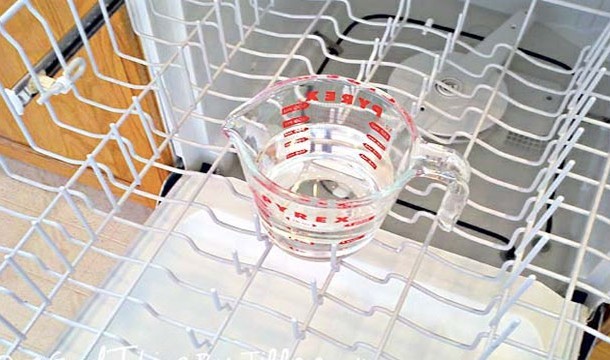 Even the dishwasher needs cleaning sometimes. Fill a bowl with white vinegar and place it in the top rack of the dishwasher. Program your dishwasher on the hottest cycle. Then sprinkle some baking soda in the lower sections and run it on another hot cycle (no need to be so long this time) and you’re done! 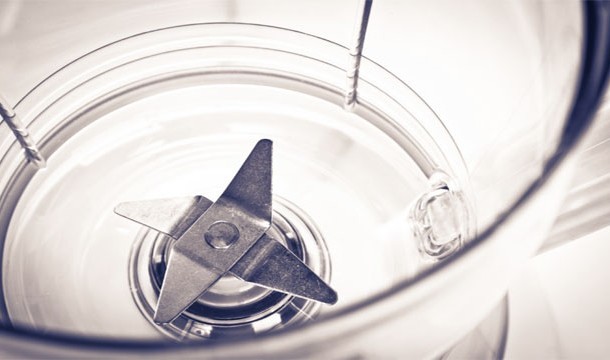 It may sound obvious, but you’d be surprised how many people do not think of cleaning it. Fill the blender with warm water and soap and you’re ready. Just like new!

6. Clean Splashes Around the Stove 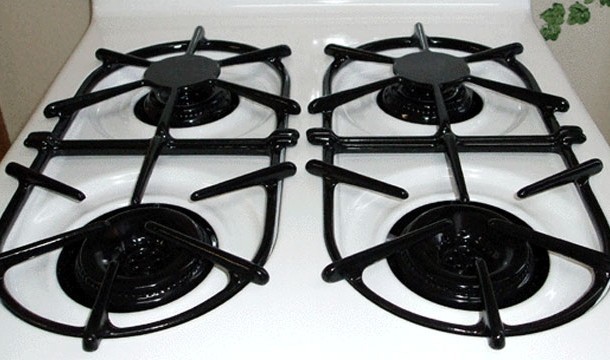 It may sound counterintuitive, but next time that the kitchen remains bathed in oil splashes, you can remove them by placing a few drops of vegetable oil on a paper towel and wiping the entire surface. Wipe again with a dry paper towel. Bright and shiny. 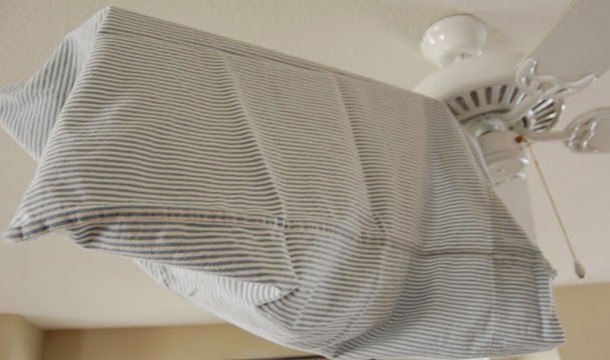 A dirty pillowcase can help you clean the blades of the ceiling fan. Place a cover on each blade and turn on the fan. All the dirt will remain inside the sleeves instead of falling on the floor. 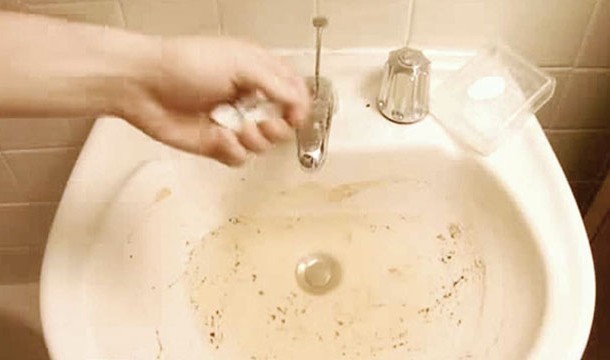 This is possible the most bothersome task after cleaning the drain of the tub. But from now on this task will never be easier. Add 4 tablets of Alka-Seltzer and 1 cup of white vinegar into the drain. Rinse the drain after 10 minutes with boiling water and say goodbye to dirt. 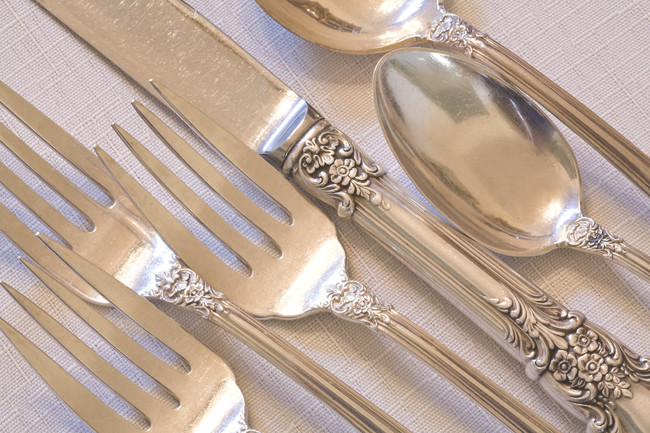 To polish your cutlery and silverware, take some foil and cover the inside of a tray or similar container. Add ½-cup salt, ½ cup of baking soda and warm water. Place the silverware into the mixture and let stand for half an hour. 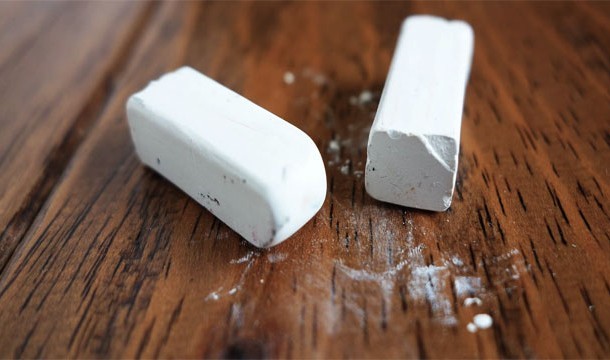 No matter where grease has been imprinted (walls, clothes, table, etc.), this trick works on any surface. Rub chalk on the affected area, and let sit for a few minutes. Finish by rubbing all chalk off with a damp towel. Say goodbye to grease! 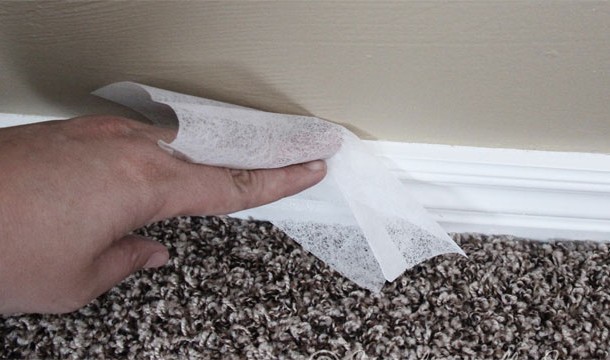 … And those corners where the broom won’t reach are no longer a problem thanks to absorbent wipes, similar to interlining. It’s true, use one of these wipes to get rid of dust along the walls, on the floor sockets and the corners. It not only removes the current dust, but also protects the surface in the future. Why? Thanks to the static electricity produced by rubbing.

12. Time to Disinfect the Sponge 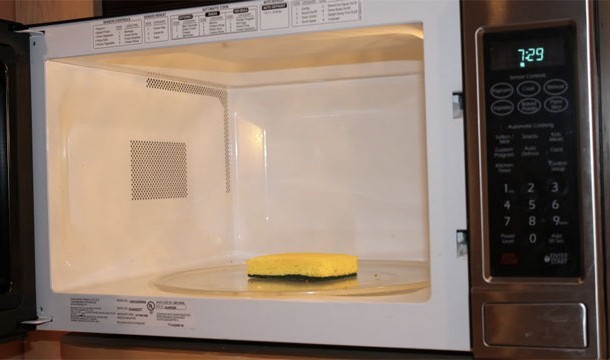 Although a sponge to clean the cutlery will not get you into bankruptcy, sometimes you do not have time to go buy a new one. So simply place the sponge in the microwave for a couple of minutes. Upon removal, 99% of germs are dead.

13. The hairs on Your Pet Are No Longer a Bother 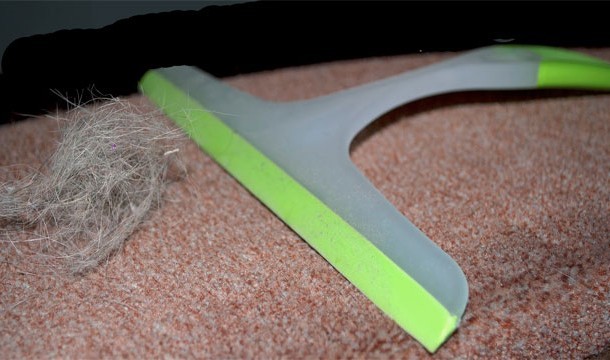 Brooms are the decoy in this story. Who really does all the work here is the squeegee, such as ones for cleaning glass. This squeegee will remove even the most stubborn hairs of your pet, quickly gathering them in a hairy mess. 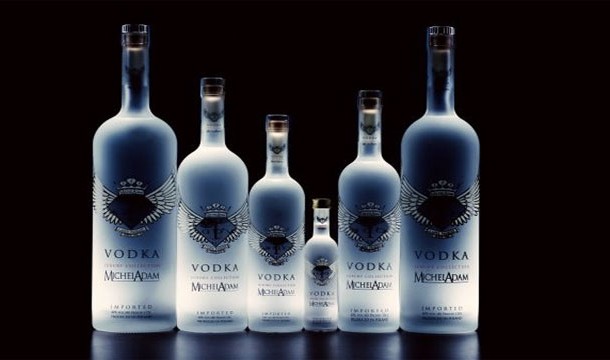 I never imagined this way to clean a mattress. Enter vodka … yes, vodka … in a spray bottle and spray the surface on which you sleep. After drying, odors are eliminated and most bacteria too. 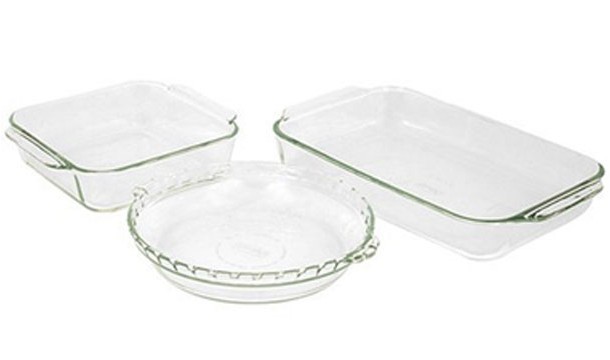 To get rid of dirt in glassware, all you need is a ball of foil covered with a little detergent. And I used a whole package steel wool. 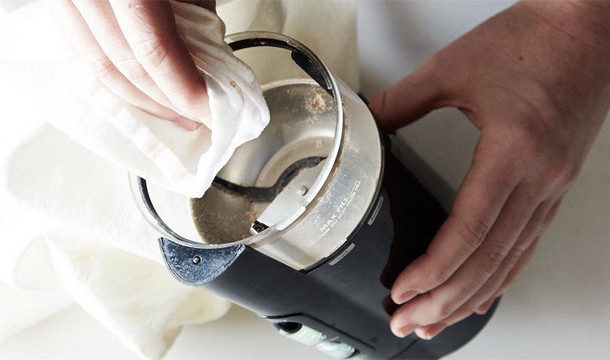 This task had already left more than one with the occasional cut. Well, it’s easy, first grind a little raw rice (to remove odors), then grind a tablespoon of baking soda and finally continue on to clean it. Simple. 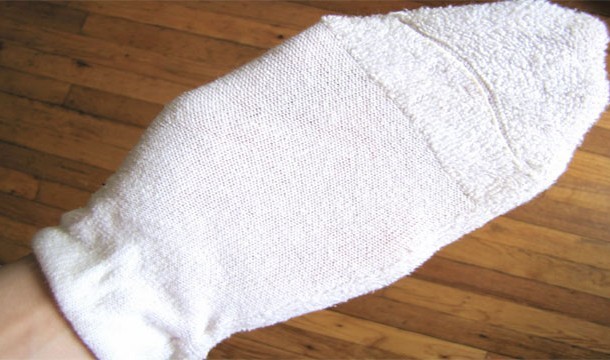 With the help of an old sock half submerged in a little water and white vinegar, we can easily clean accumulated dust on any surface, nook or cranny. It is especially good for cleaning window blinds. 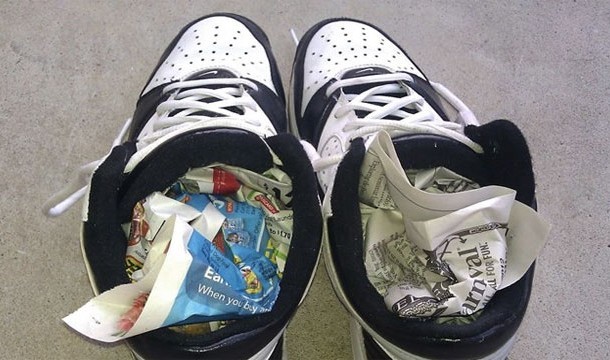 You arrive at the office or at home after a storm. To dry quickly your shoes, place a bag of uncooked rice inside pieces of newspaper and place inside of your shoes. In one hour, you will find your shoes to be dry.

19. Stains on the Carpet 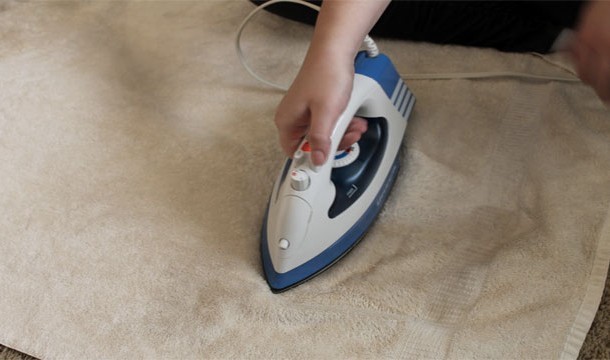 The next time you see an ugly stain on the carpet do not panic. Fill a spray bottle with water and vinegar (ratio of 2-1). Spray the affected area with the mixture and then place a damp cloth over the area. Pass a hot iron immediately (steam setting) over the damp cloth for about 1 minute. If it is a stubborn stain it will take a little longer, but eventually the carpet will be free of stains. 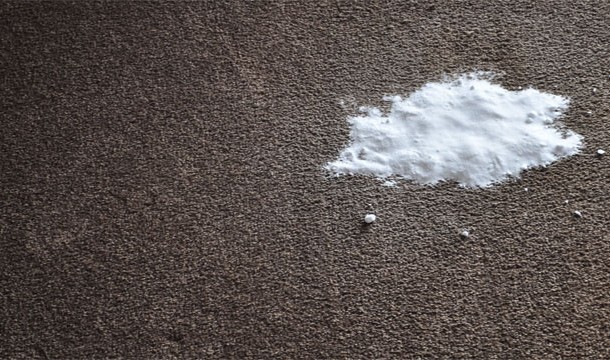 Vomiting on any surface literally sucks, but there is also a very effective trick to get rid of … it. First mix baking soda with water until you are left with a pasty substance. Spread the solution thoroughly onto the vomit to cover completely over the disaster. Let the solution sit overnight and vacuum it up in the morning and it will look as if nothing happened. 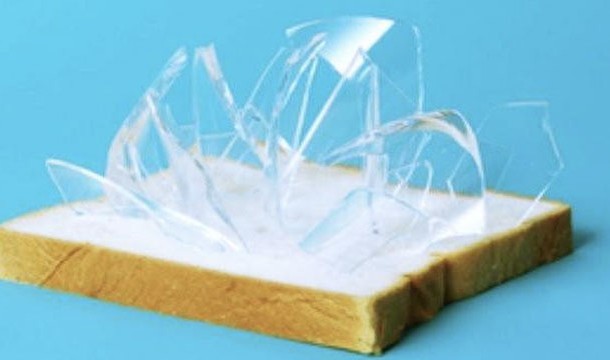 I never would have thought of this! To pick up smaller pieces of glass, just press a piece of bread on the floor (in the area where the glass was broken, of course). I would have saved many cuts. 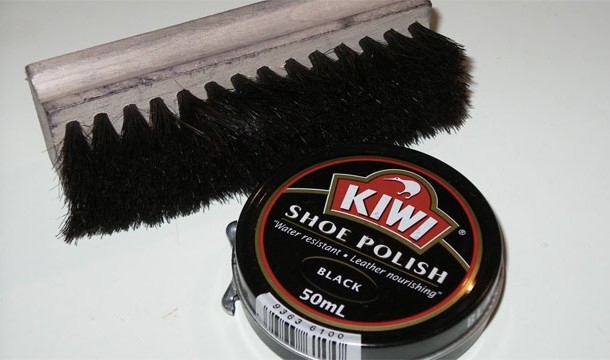 Like we do to polish our shoes until they are like a mirror, bitumen also becomes a great ally when we shine our chairs and any surface made from horn. 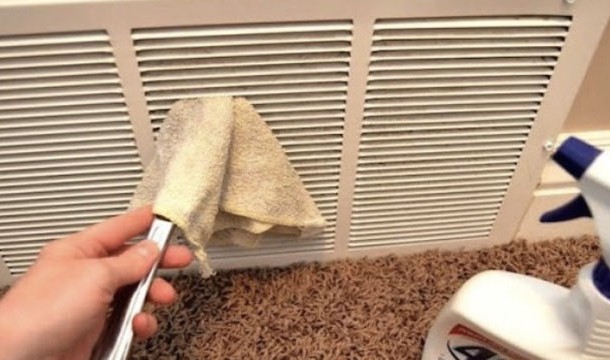 It is the same idea of the super sock, but smaller and thinner. After soaking a cloth with water and white vinegar, wrap the cloth around a butter knife to clean the openings of the air conditioner. 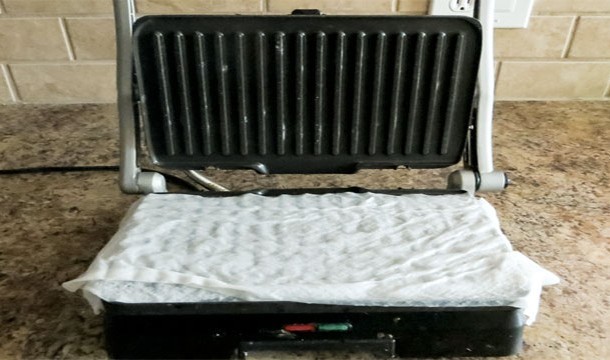 After you are finished cooking, remove the grill and place wet towels over it. Close the lid and let the steam and heat combine to clean the entire surface. I hope that you can do something similar with the grill drum.

25. A Bathroom Cleaner Than Ever! 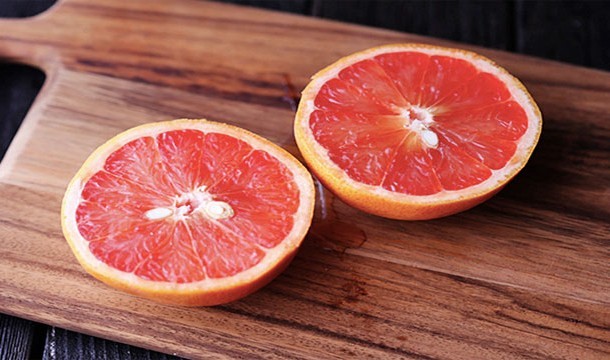 The next time you’re faced with the obligation to clean the toilet / bath, cut a grapefruit in half and sprinkle some salt onto each of the halves. Rub both halves on the surface to treat it and then rinse, leaving a clean and rich citrus scent.