The traditional newborn’s photoshoot are awesome, but you know what is ever more awesome, having geeky parents that will make your first photoshoot memorable, and funnier that the regular ones.

Also if we take in consideration that the babies will follow the parents nerdy footsteps, I’m pretty sure that they will thank them later. What is better than having your favourite person being photoshooted with your favourite Sci-fi Movie/book/TV Show?  I will definitely leave the answer to you. 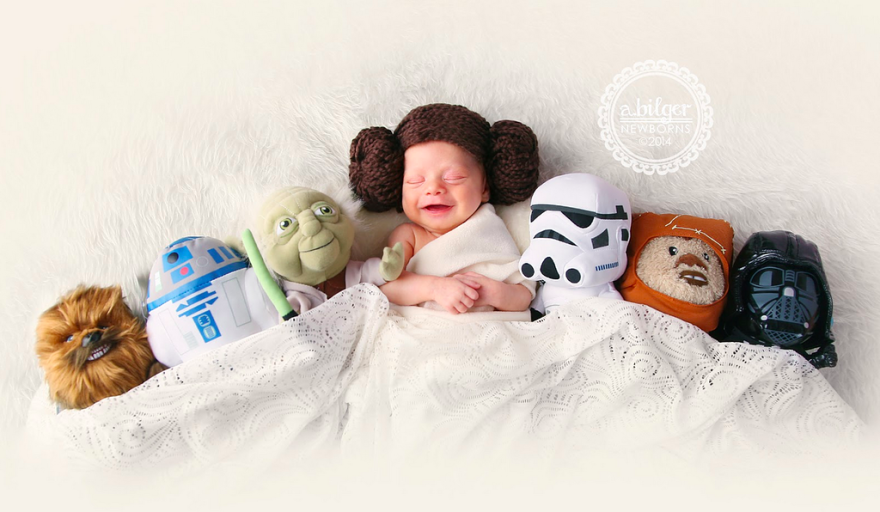 Besides of having the perfect costume for her photoshoot, this cutie also has her squad by her side. She will be very well protected, by this tiny Star Wars crew, Yoda is already next to her. 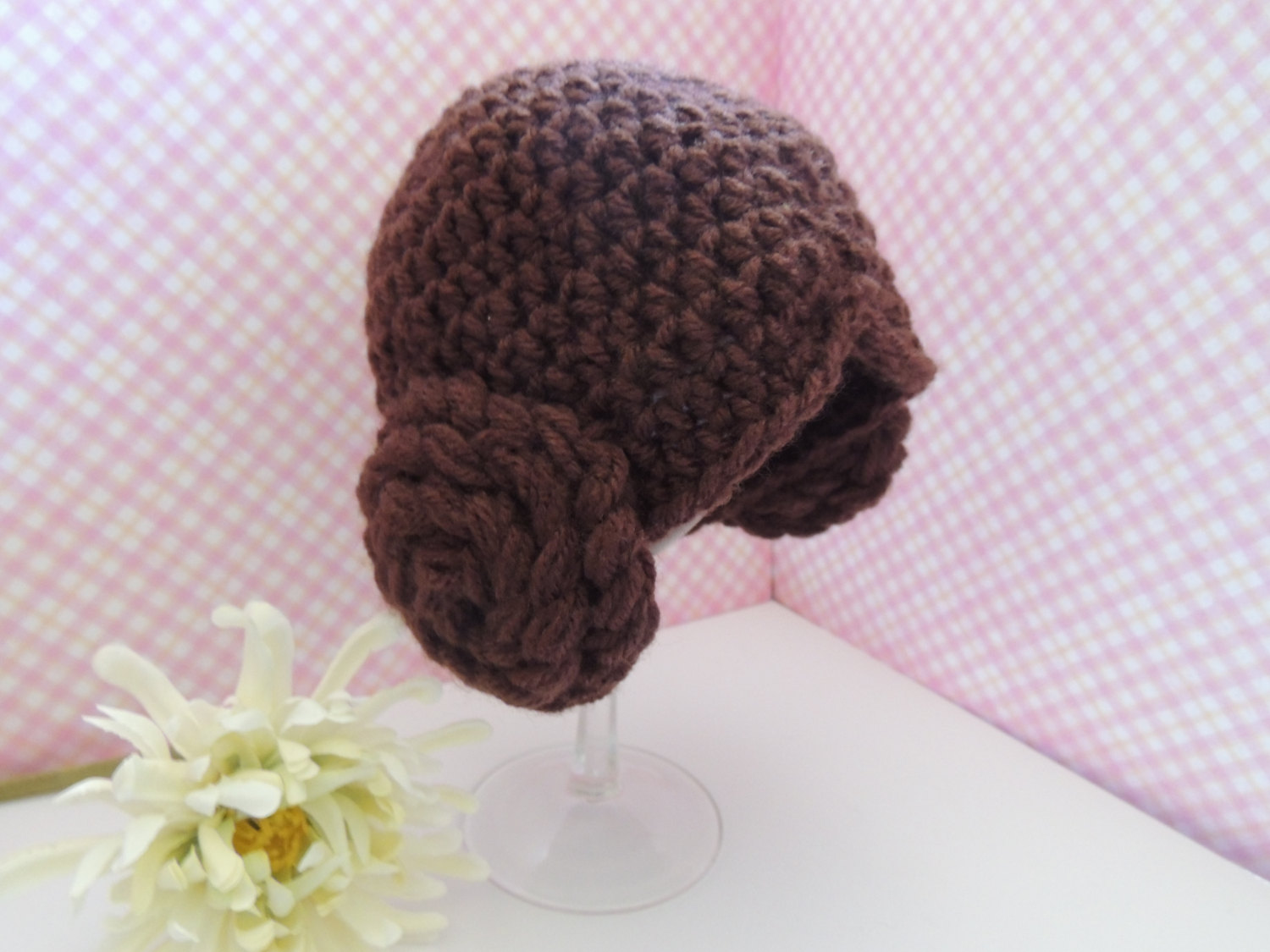 Is totally understandable that they don't have enough hair to make Leia's hairstyle, but guess what, she has a woolen wig that will help her get into the role for the photoshoot. 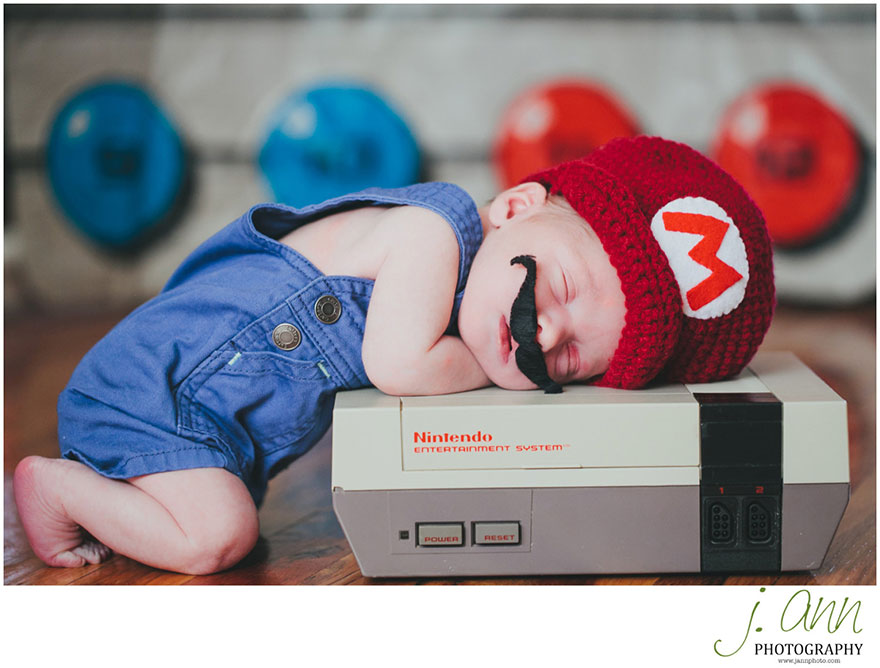 This picture most be one of the most epic ones, which geeky parent will say "No" to a Mario+NES Photoshoot? I'm sure that as soon as you let your kid play around video games, they will really love you for the pictures that you took of him. 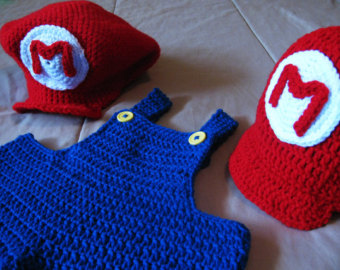 Obviously to avoid harming your kid, you can use soft materials as wool, fantastic things can be done with this material. 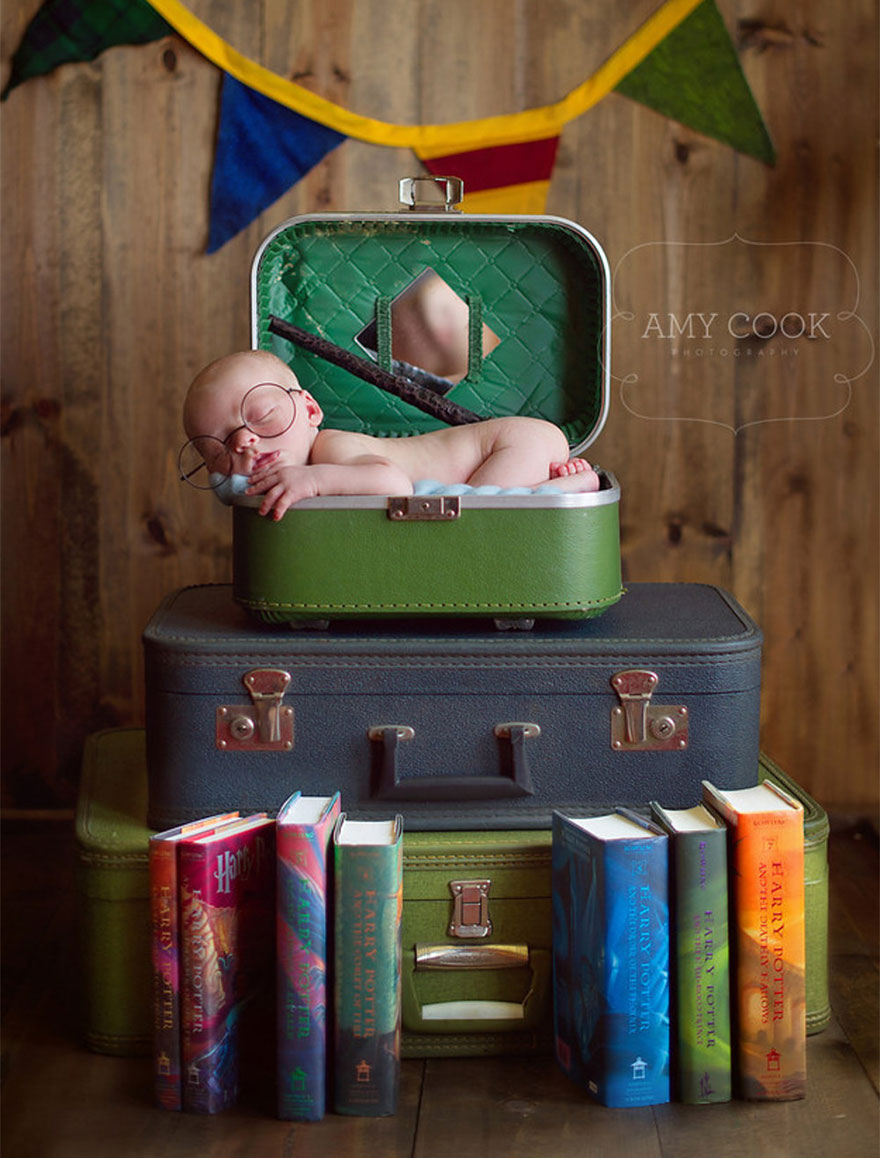 Be careful with this one, he might be a Voldermort Horocrux, but by the way that he looks, he will be able to defend himself from the Dark Lord, besides he has his wand close by, so he's safe. 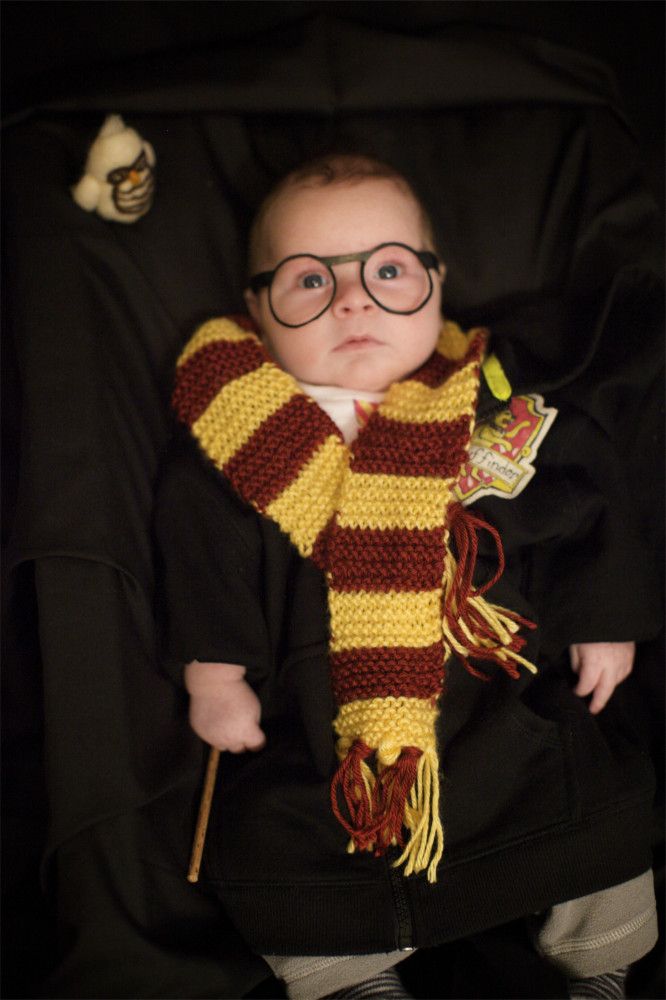 You'll have to be more careful with this one, because with his Gryffindor coat he looks like he can do everything, even defeat the cameras and The-one-who-must-not-be-named. 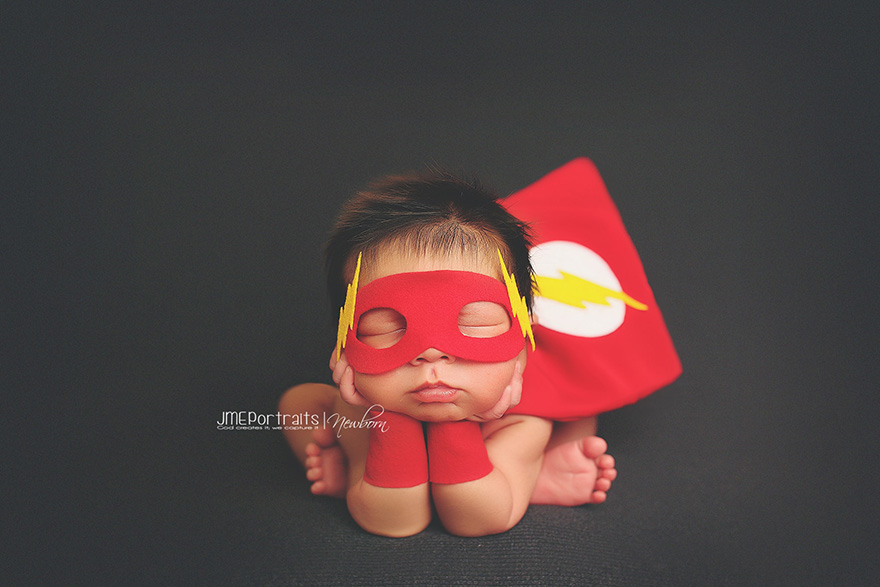 The cutest way to see a DC Comics character, which is basically the fastest baby alive, although he's sleep now, I guess that Saving Central City must be a hard job. 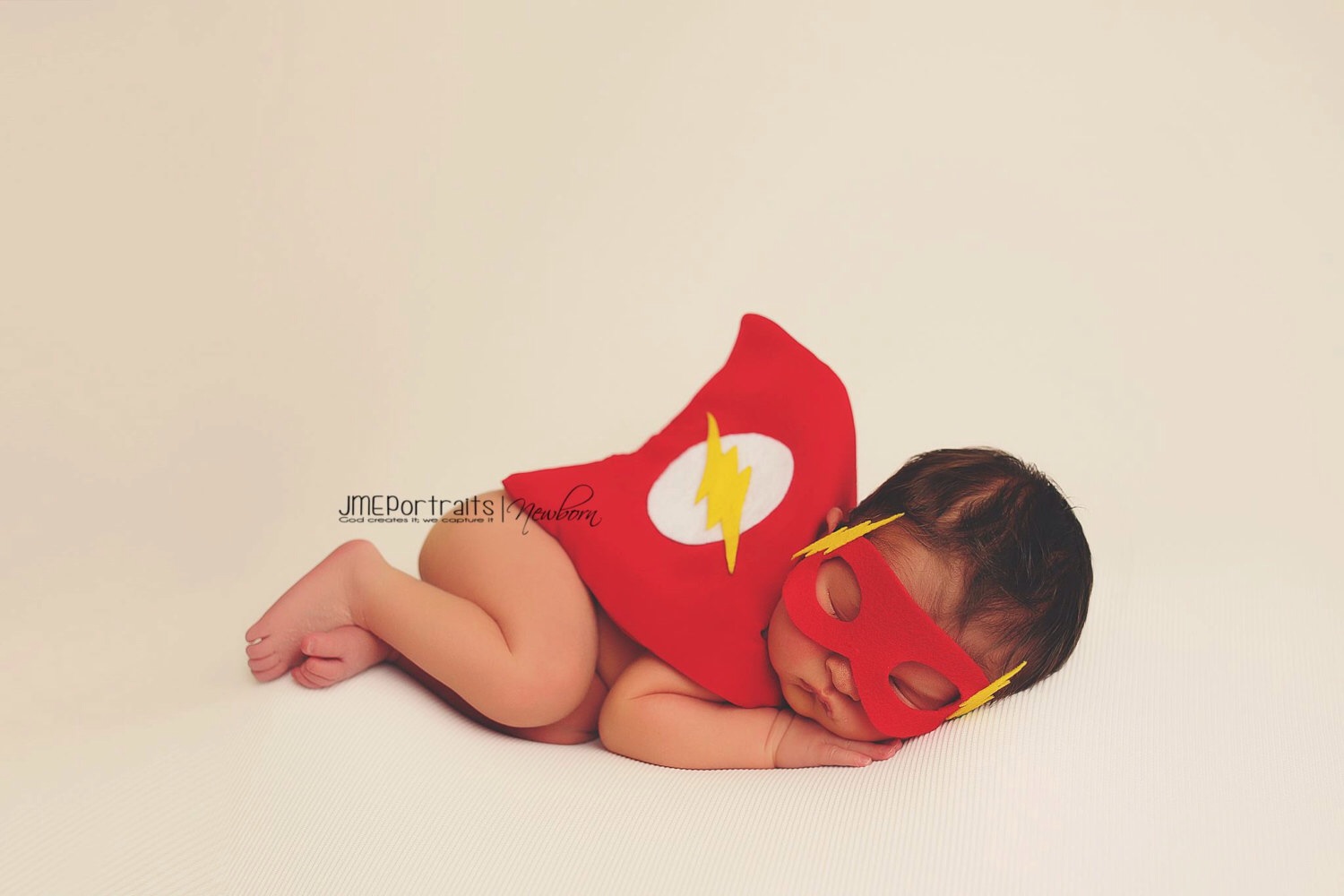 I'm sure that when he wakes up, he'll be the baby that has recharged his batteries, and he'll be running around like a lightning in no time. 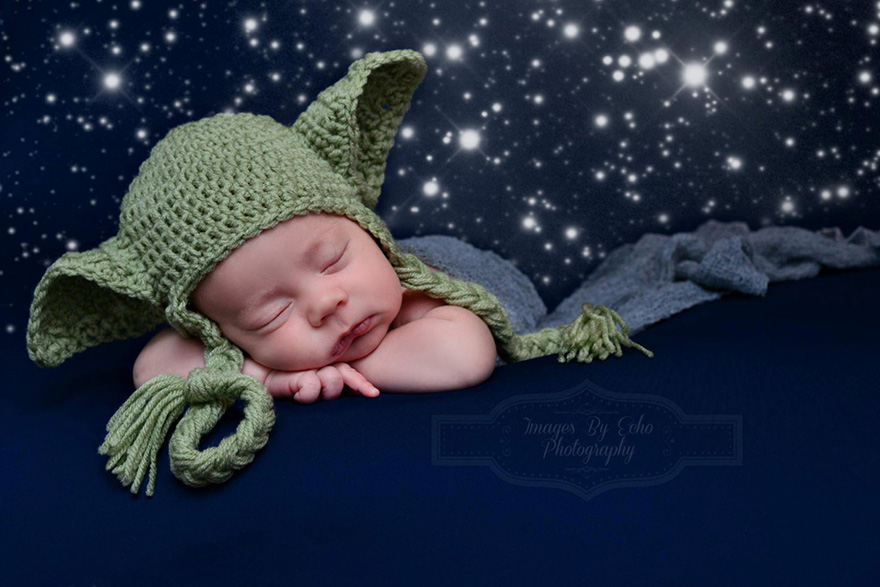 "If a Master you are, take a nap you must" This Yoda baby will certainly be wise, if you show this picture to your baby when he grows up, he'll probably will like to become the next Yoda Master.

Do you remeber Leia at the beginning? Well, here is her living Yoda. She will appreciate his help to prevent her to go to the dark side. 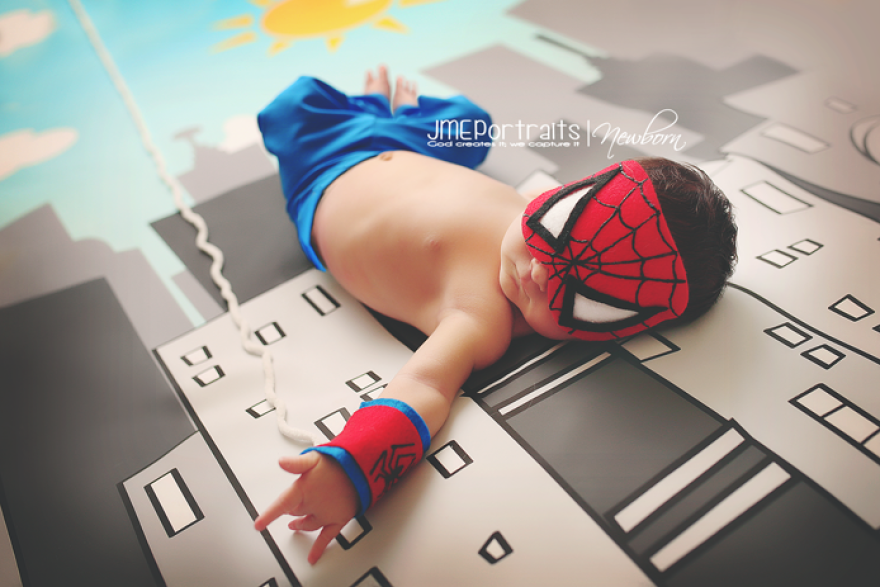 Do you need a town to be saved? Here you have an Avenger that can help you out, he'll certainly gain your hearts before destroying the villians with his cuteness. 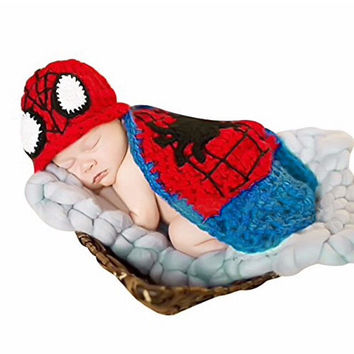 I'll recommend you to stay away from Radioactive Spiders, otherwise you'll have your baby flying around the house. 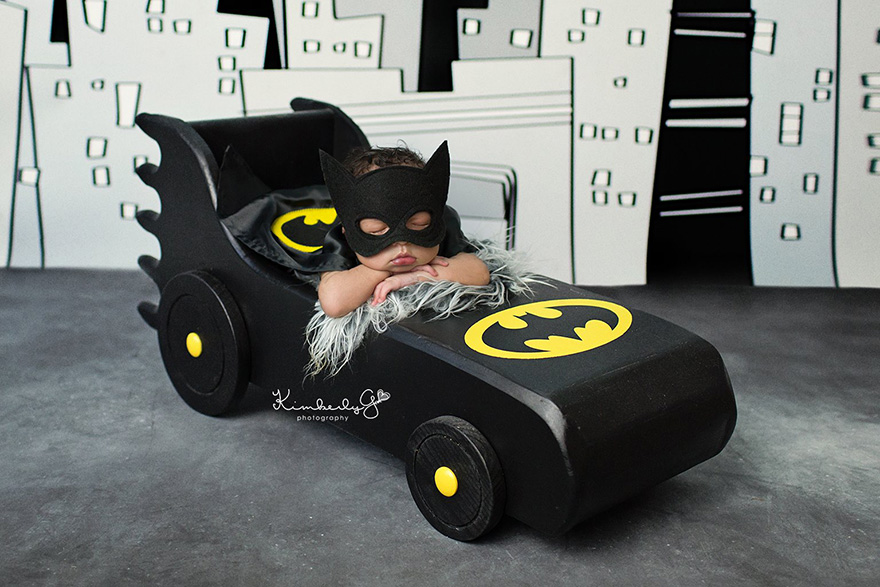 This costume is the most accurate one, since is the Dark knight which rises every night for food.  Memories will remain forever, the same as the Bati movil, hopefully his parents will save it to let him know abour all the work that he did in Gotham. 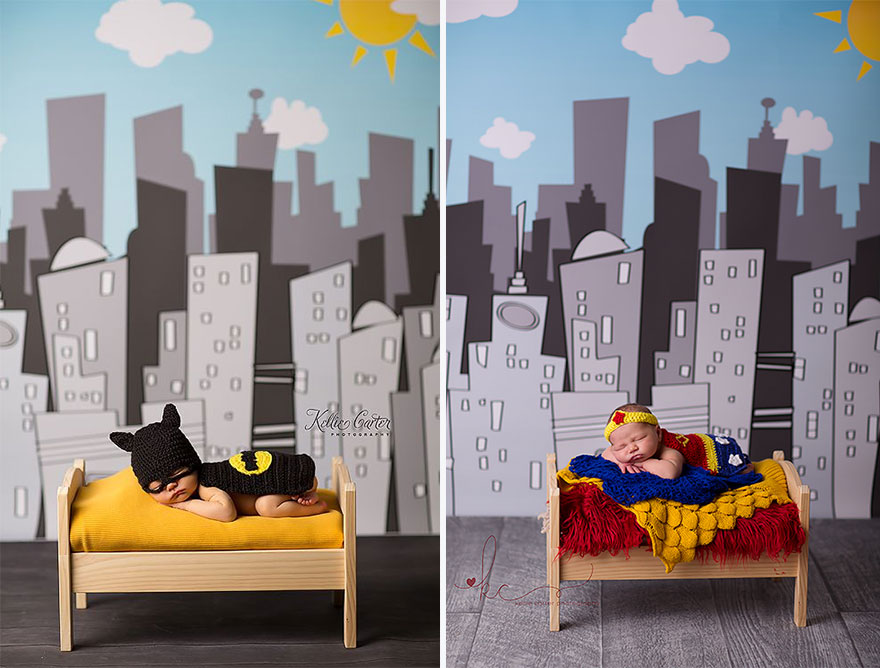 And we have two members of the Justice League, yes, they are taking a nap, but we will definitely let them, since they will have a battle pretty soon. 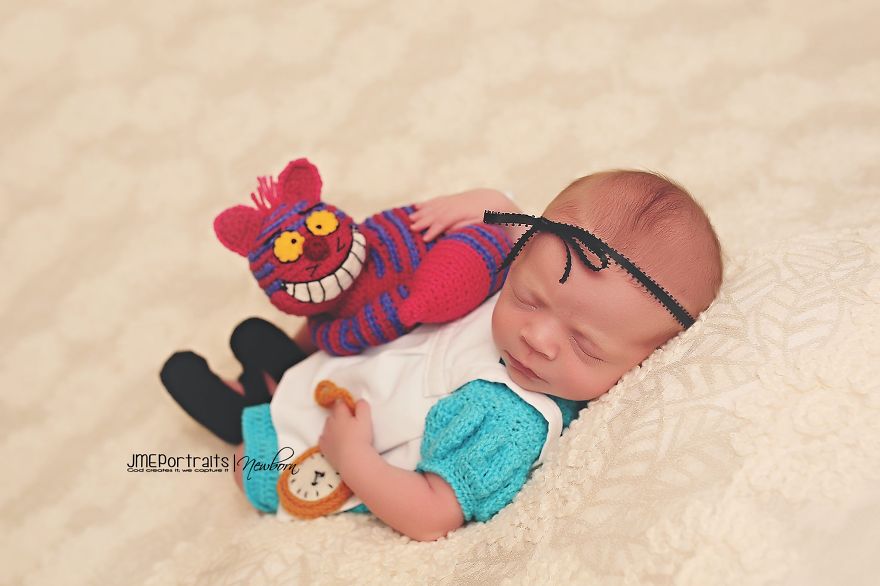 Where do you think that she went on her dream? She's already in Wonderland, oh, I guess that she's still looking for Rabbit, since she seems to have foundthe Cheshire cat. 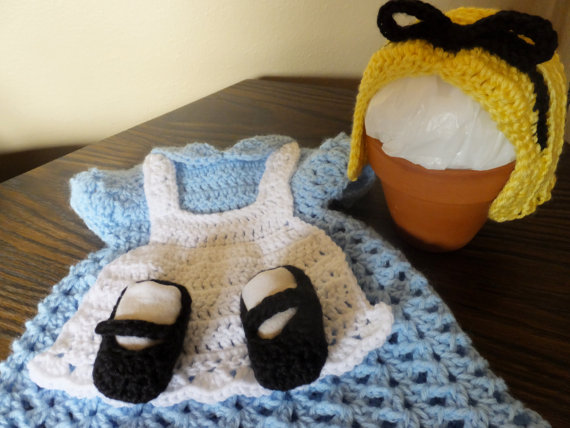 This is the outfit tha you can use to dress your baby Alice perfectly, with the same materials that we were mentioning earlier, wool. You'll become wool's best friend to make all kind of outfit for the little ones. 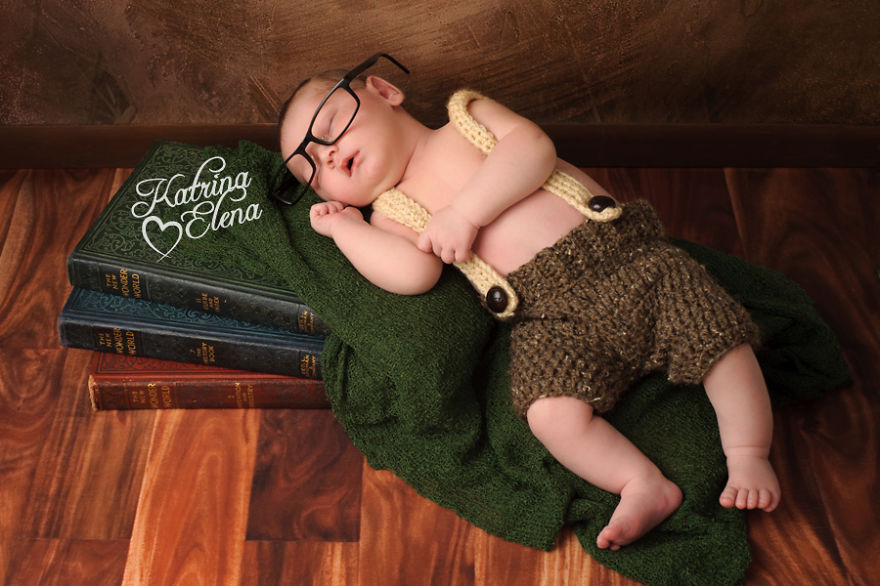 Do you think that he's a Baggins? Probably he is, is very tiny but all Hobbits are, we will have to wait and see if when he grows up leaves the shire, otherwise he's just a regular Hobbit. 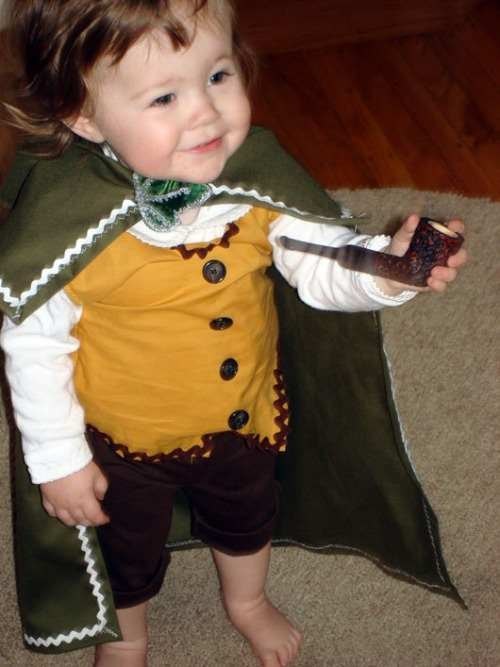 Oh, wait! There's Bilbo Baggins, most likely Frodo was in the previous picture, you can certainly create the best scenario for your baby, of course. 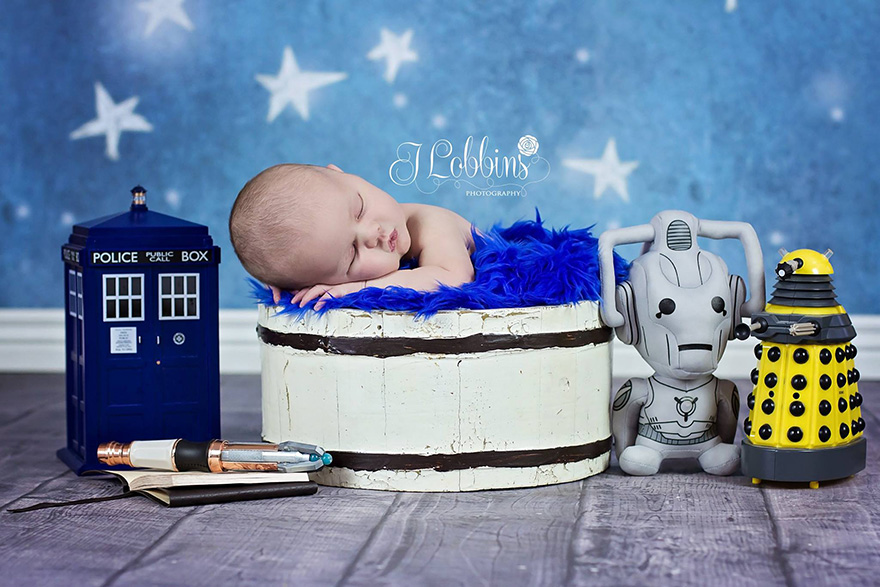 This cutie will not have issues transporting himself to another dimension, he can do it while he sleeps, however he might leave his geeky parents on this dimension. 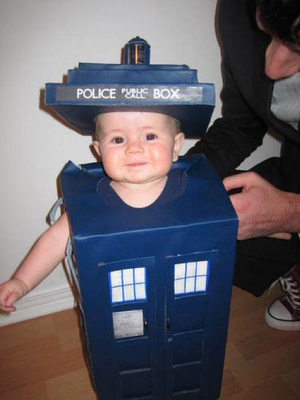 Or maybe you can just turn your baby in the machine and you'll get there, the only thing that you will need to make sure is that he'll return to you. 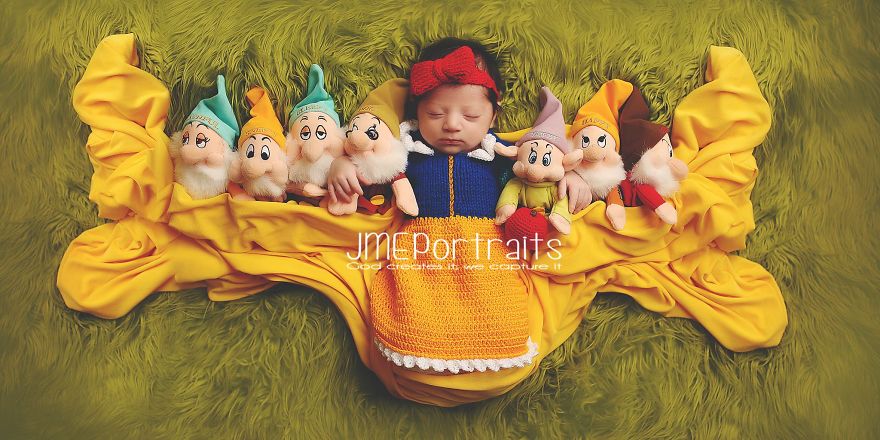 This will be the perfect outfit for your baby since she will always will be an undefeated princess and will have their nerdy parents to take care of her. 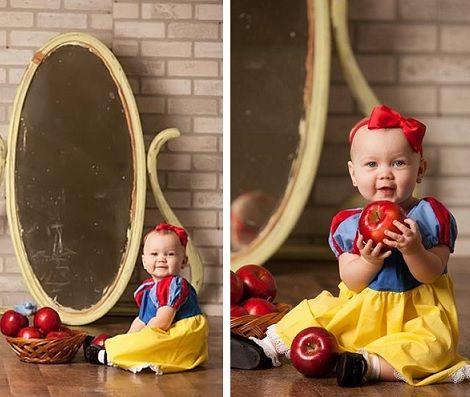 When she grows up, you'll have the chance to dress her up like the princess that she is, and advised her to take apples just from people that she knows and trust. 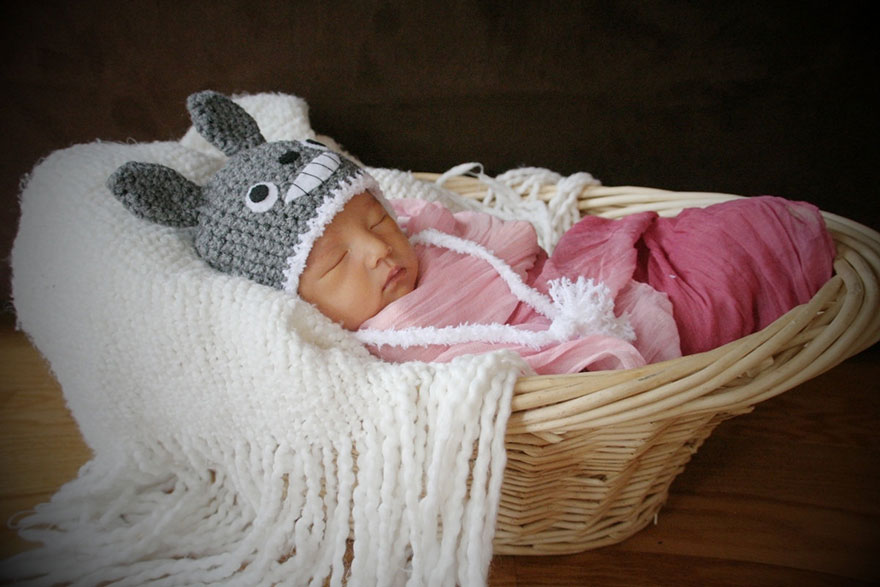 There's no way in the world that we will miss Baby Totoro, My neighbor Totoro, is a must watch for kids and and parents, which is the best way to teach your kids to be at peace with nature. 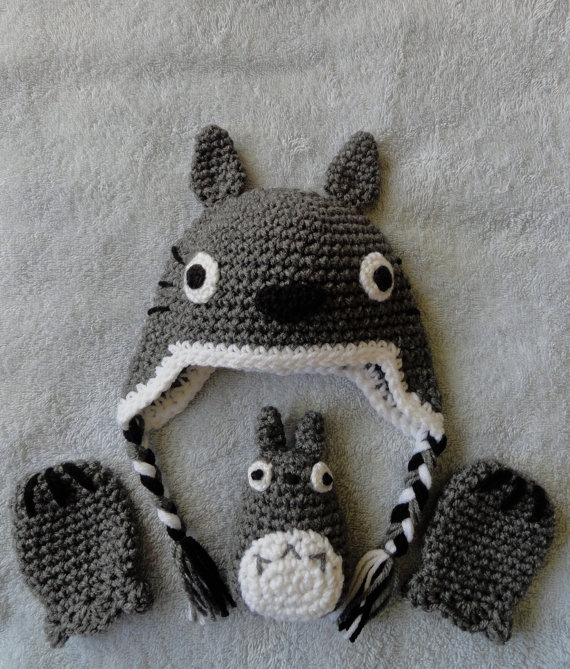 The only thing that you'll need to turn your kid in a super huggable baby bear is this hat. As we mentioned it earlier, wool will be your best friend through this stage. Source: Boredpanda.com