What to buy if you had a Million Dollars to spend? Here are some ideas - Mundo EN
Life

What to buy if you had a Million Dollars to spend? Here are some ideas

Nothing better than dreaming of being a millionaire and buying anything you wanted to. Getting the house of your dreams in any place, decorating it with everything you desire and living where you wanted to live for all your life. Money is not the most important thing at all. However, we definitely know it can help us achieving lots of goals that without it, would be almost impossible. .

Here we are going to share 20 of the most beautiful things you could definitely have! 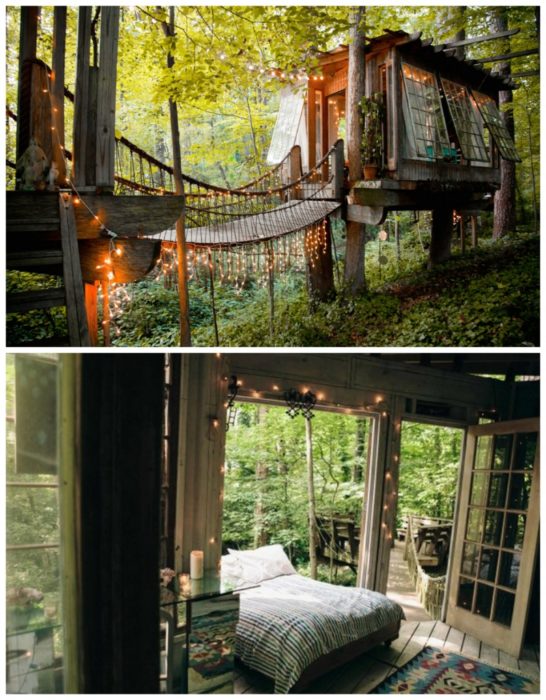 Pinterest.
Don’t tell me you have never dreamed of a tree house! This one is quite a special one, it doesn’t look like it’s been handmade like most of the tree houses we’ve seen but we can’t deny it looks sweet and warm. 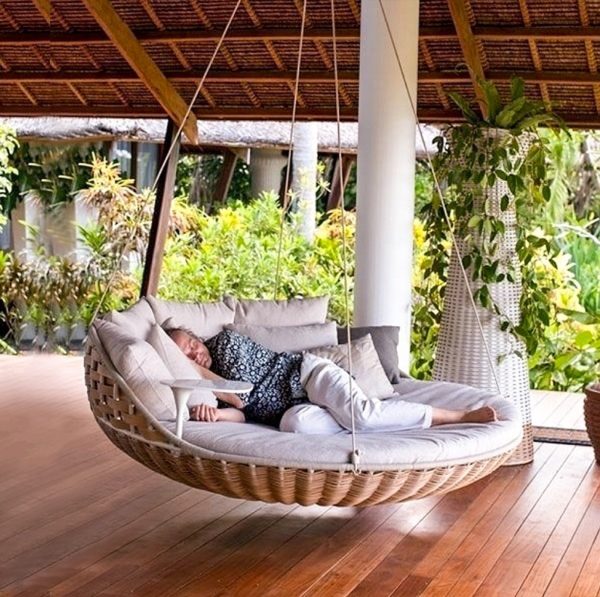 Pinterest.
Can you just picture yourself sleeping in that bed, feeling the sweet breeze going through your hair? I need that! It doesn’t look just nice, look at those pillows! They look pretty comfy as well.

3. A water slide that takes you directly to your bedroom swimming pool 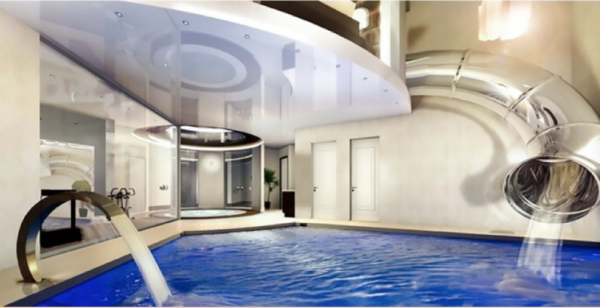 Google.
I couldn’t believe this was a true thing! Can you imagine having your own private slide and swimming pool? Not just private meaning that it’s in your own house. It is located in your own freaking bedroom! I couldn’t believe it, but it's definitely someone who had tons of money to spare would do. 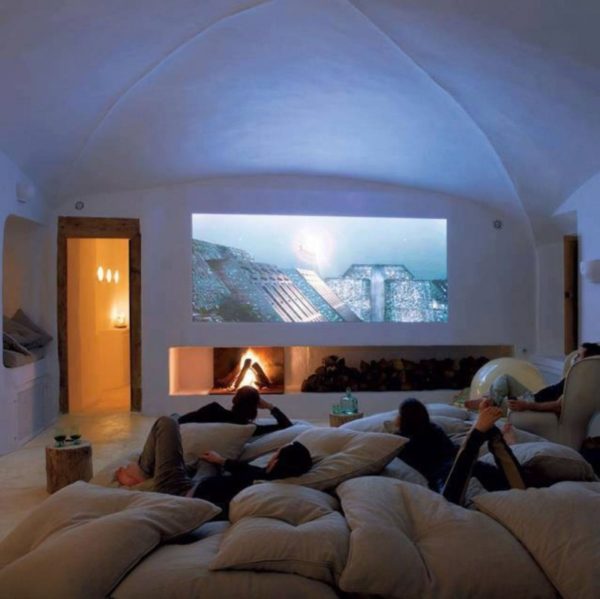 Google.
This is not the weirdest thing or most expensive thing I’ve ever seen. You can buy a projector and just use it somewhere you have a white wall. Just throw some pillows and you are all done. The whole point is to have a cozy space with a good screen to watch movies. 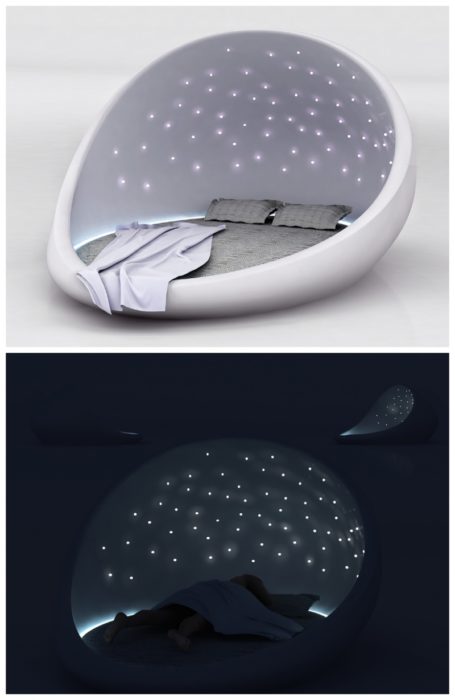 Google.
This is so beautiful. It looks a little bit uncomfortable but it is not. It has the average dimensions for a full bed but just a different shape, and those stars are the most romantic thing you could possibly have in a bed! Love them! 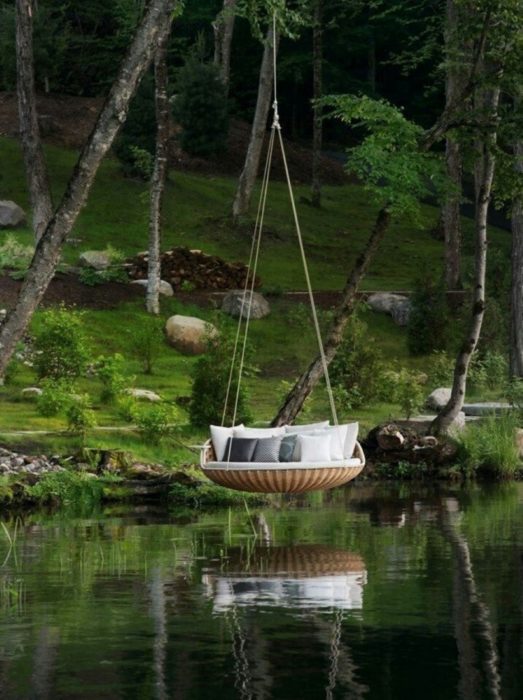 Google.
If you have a lakeside or beachside villa, this is a must. I love this option. However, even though it looks beautiful I personally think it can be a little bit uncomfortable to be on top of the water. The view can be the same from the grass. However, again, those pillows can we THE thing that makes it all better. So, I would definitely have one with lots of pillows like the picture describes it. 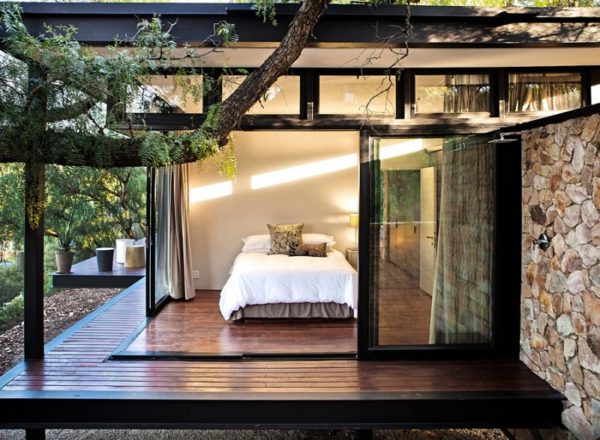 Google.
Lots of wealth could mean a gorgeous and modern house in an exclusive location, and a luminous bedroom is the best thing you could ever have on it. Imagine being there while it is raining. You can watch the rain drops falling through all those sliding doors. They are like huge windows. 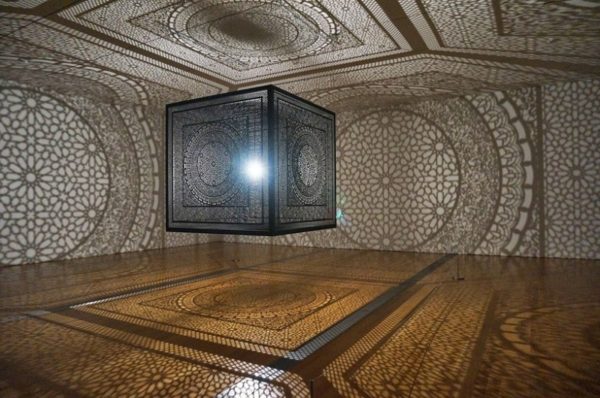 Pinterest.
I’ve never seen something like this. You can imagine to be an oriental princess living in a huge castle with these lamps! The projection is quite impressive. 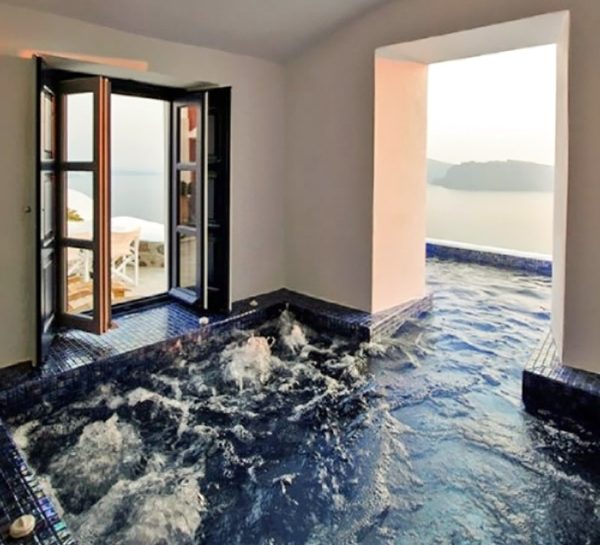 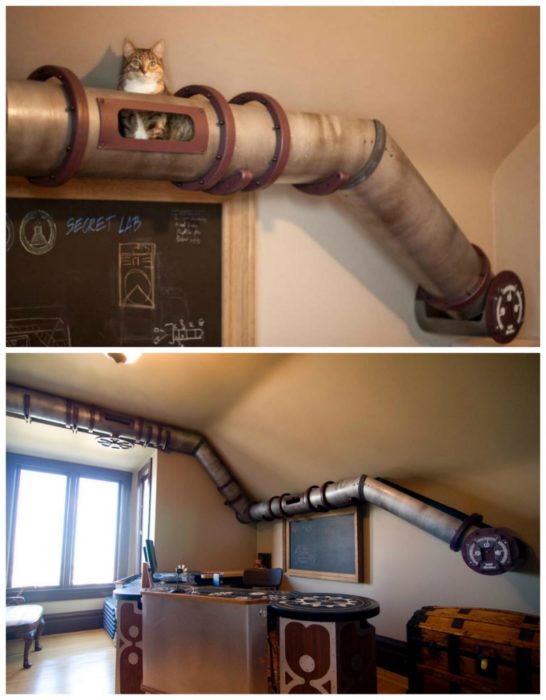 Pinterest.
Having tons of money means your beloved pets can also live the good life. This one is quite amazing! Your love would love it and if you love your cat, this is the best gift you can buy him. It looks really fun and if I were a cat I think I would definitely love it. 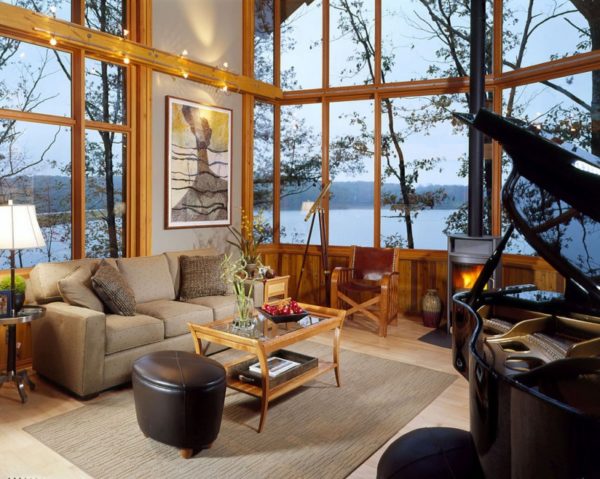 Pinterest.
Imagine having a lake house that looks like this one? Beautiful, right? Well imagine it located in the middle of the woods with all transparent walls? That would be even more impressive. 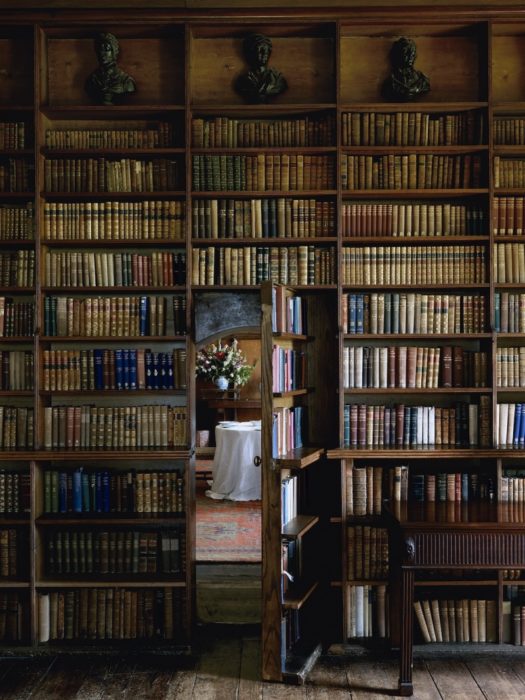 Pinterest.
Of course we have sometimes seen something like this on a movie. We've all wanted a secret room in our houses when we were younger. Well, make it come true and do it! Look at this one, in this case it is not in a movie and somebody actually built it.

13. Glass floor on the top floor 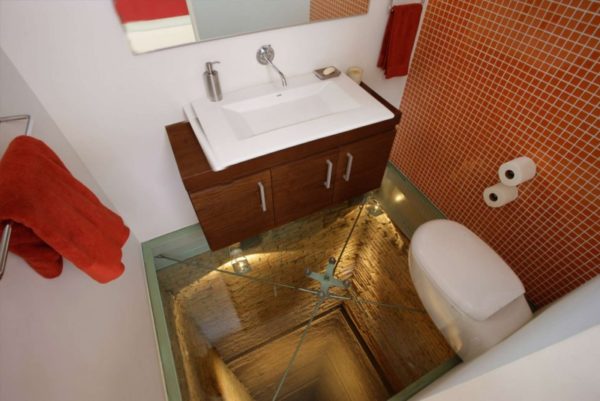 Google.
I know some people would love something like this and would think this is cool. Of course, that is not my case I hate heights and this would make me avoid going to the toilet every time I need to.  So, it is a cool thing to have that I would probably skip. 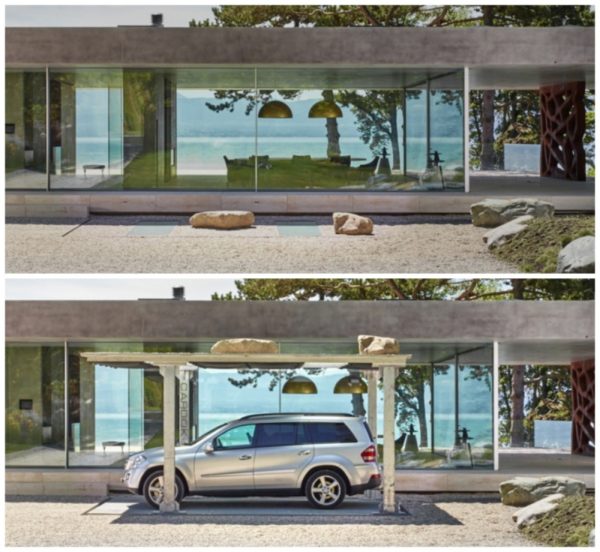 Google.
This is one of the coolest inventions ever! Having your car in an underground garage prevents it from taking space from your actual house. And making it magically appear is a cool thing too! It's almost as if it was your own superhero lair. 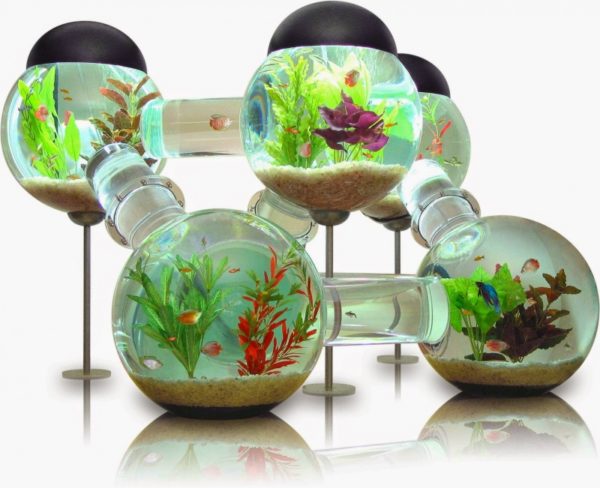 Google.
As your cat, your fish would be the happier fish in the world with a gift like this one. Imagine how much fun could your fish have. It is, with no doubt, beautiful as a decorative item too! 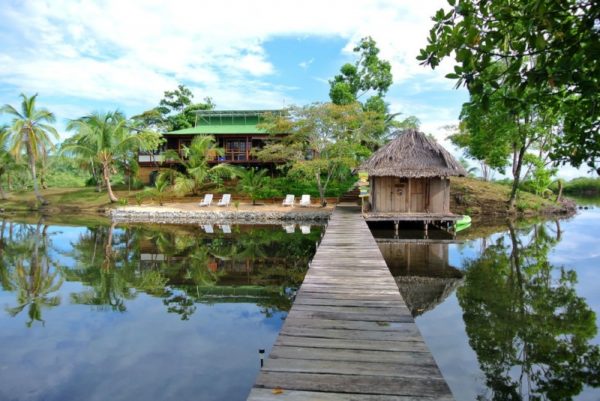 Pinterest.
Can you imagine a private island where you can go on vacation with your group of friends? This is possibly the most amazing thing you could have! You are there chilling and just relaxing alone with the people you invite.

Google.
This is quite a crazy thing to have! But who wouldn’t have something like this? I can’t possibly imagine. It looks really fun and you can throw cool parties and use it to create the coolest light effect! 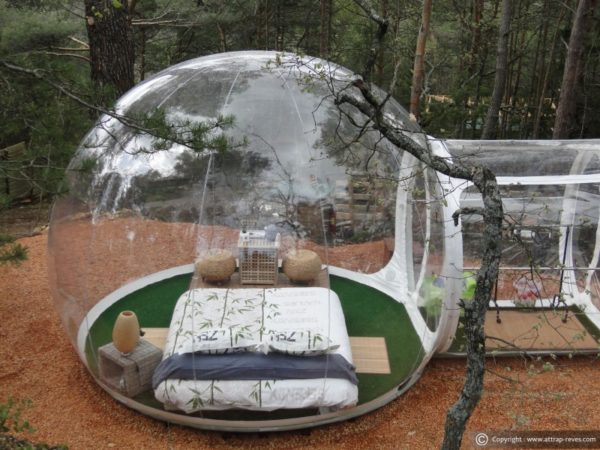 Pinterest.
This tent is the coolest one I have ever seen. It allows you to look at the starry night while laying on a comfortable bed! A luxury tent in all senses. If I had tons of money, I would have one of those built so I could stargaze wheenver I wanted. 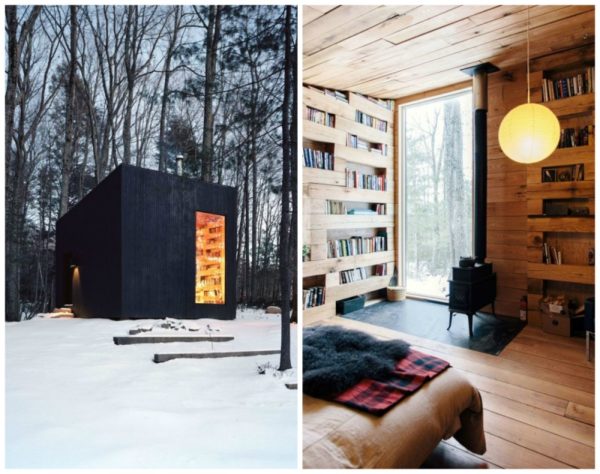 Pinterest.
This looks like the most comfortable reading room in the whole world! Imagine it with snow all around, it couldn’t be better. The lighting helps it looking more comfortable as well as the wooden walls. The fact that is painted in black on the outside makes it look classier. 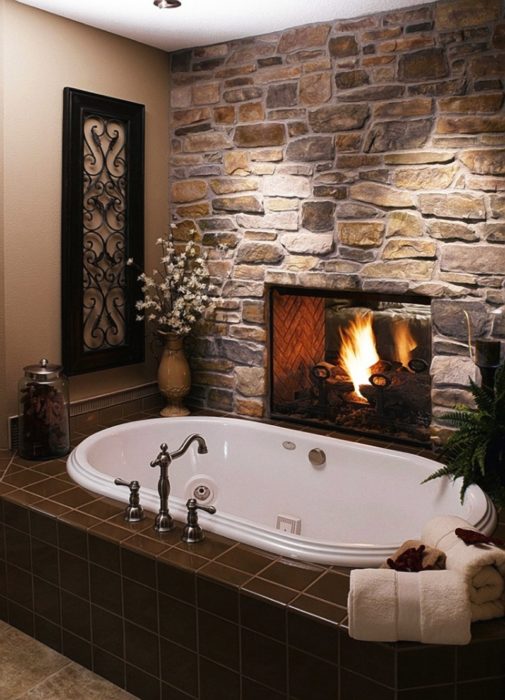 Pinterest.
One of the coolest inventions for winter time! Which could be better than the chimney noise just next to you while taking a hot bath? I think that could be the most relaxing experience in the world.
Compartir este artículo
Mundo.com