Strange Things Most Humans Can’t Do

Eventhoug we might think we are able to do whatever we want with our bodies, there are things that we aren’t able to manage, unless you are one of these people.

Here is a list of things that are impossible to do with your body, and the few people can do them, so check them out and try if you are one of them.

Pinterest
These all require muscle control and tongue dexterity. Some claim that they’re genetic traits, though this is heavily debated. Approximately seventy-five percent of the population can roll their tongues.

Pinterest
Genetics isn’t the only factor, as some case studies show children who can manipulate their tongues born from parents who couldn’t. Whatever the mysterious origin of these tricks is, they’re quite impressive.

To Swallow a Spoonful of Cinnamon

Pinterest
Ground cinnamon may be a tasty baking addition, but it’s impossible to eat on its own for most people. Attempting to do so will likely burn the inside of your throat and send you into a violent coughing fit.

Why is it impossible to eat it? 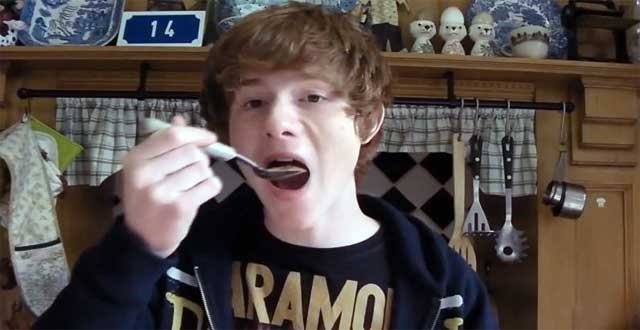 Pinterest
Cinnamon is actually the raw form of tree bark that has been ground into dust. It’s insoluble in water, so it’s not surprising that humans have such an intensely negative reaction to it.
1 of 11
Ver más
Compartir este artículo
Mundo.com