These Old Couples Will Remind You What Love Is All About

The stories behind these photos remind us that anything is possible, even finding the love pf your life. these sweet old couples are the living proof of it, and that there are happy endings.

Check out these romantic stories of true and long lasting love.

It's never too late to find love 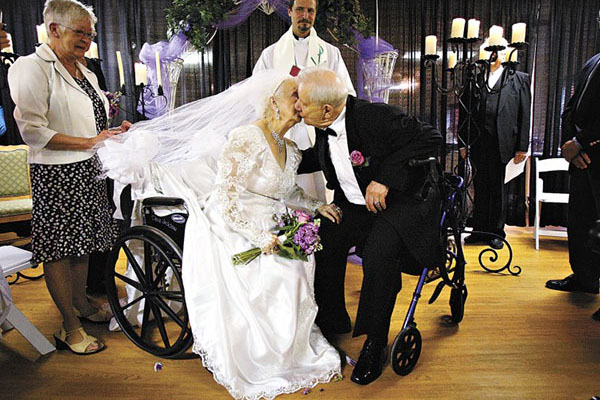 Pinterest
After falling in love, this couple decided to get married, so if haven't found the love of your life don't worry because it's neve to late to find it. 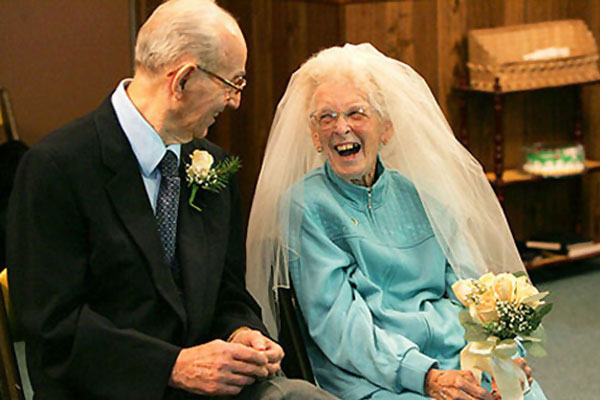 Pinterest
They stare at each other just as if they would've met at high school, but that's not it, they met a couple of months ago falling deeply in love.  Alton Nichols is 91 years old and Betty Hall is 84. They look so cute and happy together.

They died the same day 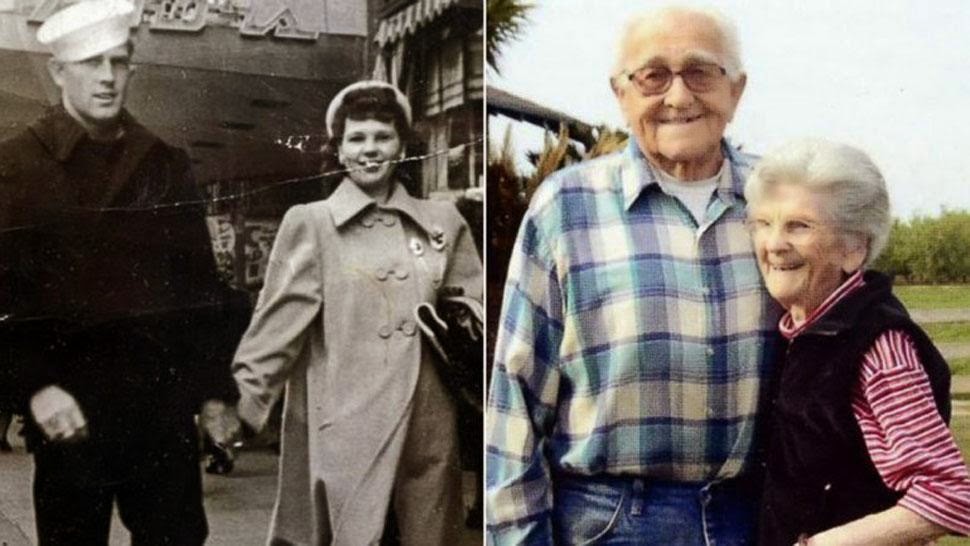 Pinterest
Floyd and Violet, after 67 years of happy marriage ended because she was really sick and he was so sad that died 5 hours after she did, They were holding hands when this happened.

Until death do them part 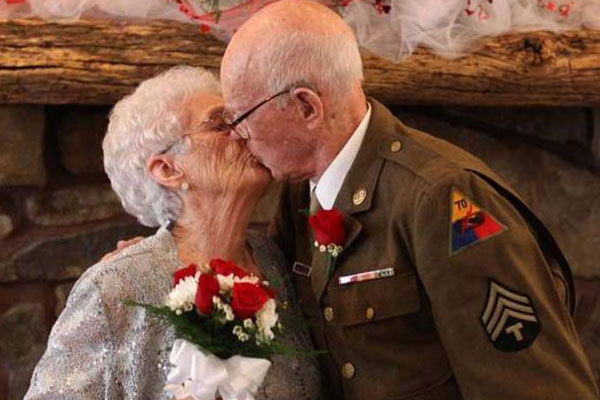 Pinterest
This couple got married when they were really young because he was sent to the war and they couldn't get married until now.

"She doesn't know who I am, but I know who she is" 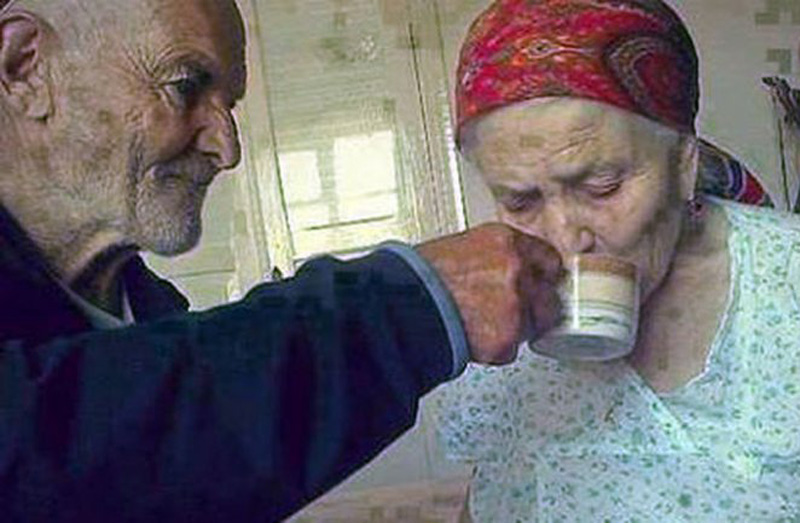 Pinterest
She is in advanced Alzheimer's so doesn't recognize him at all, although he always comes to her room and helps her eat.

No one was able to separate them 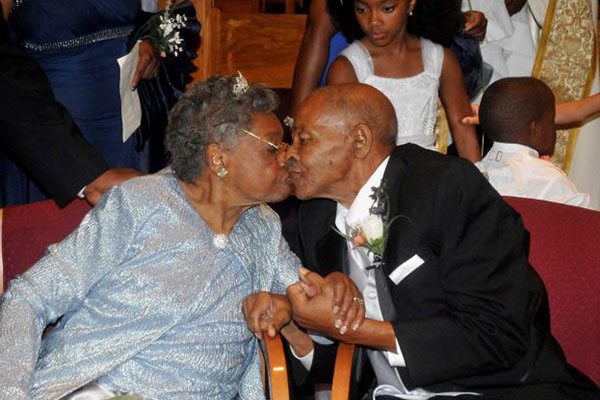 Pinterest
Although Kate's family didn't agree with her marriage, this couple has been living together for 50 years and Jamal decided to finally get married with the love of his life.

Memory Loss has nothing on love 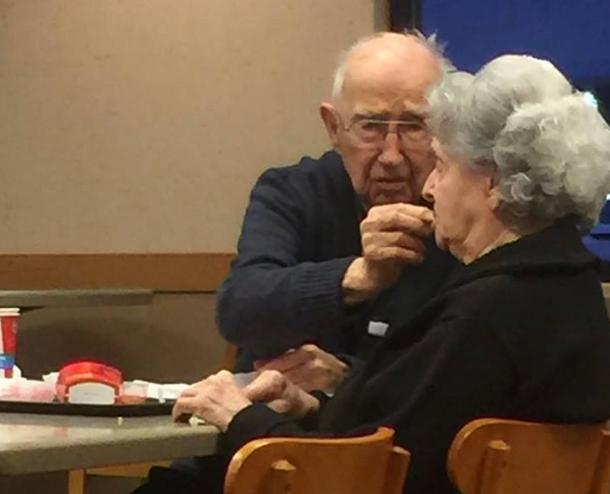 Pinterest
He is 96 years old and she is 93 years old. This couple has been together for 75 years and although she suffers from Alzheimer's, they are always going out on dates. 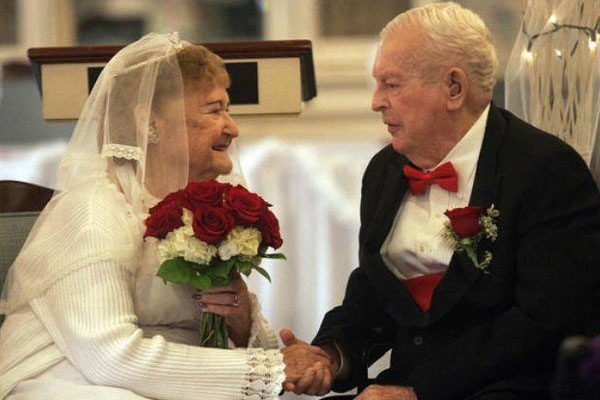 Pinterest
Just look at the way they stare at each other, this prove us that when it's true love the magic never ends. This couple has been together for so long and decided to get married once again.

They reflect so much love and joy 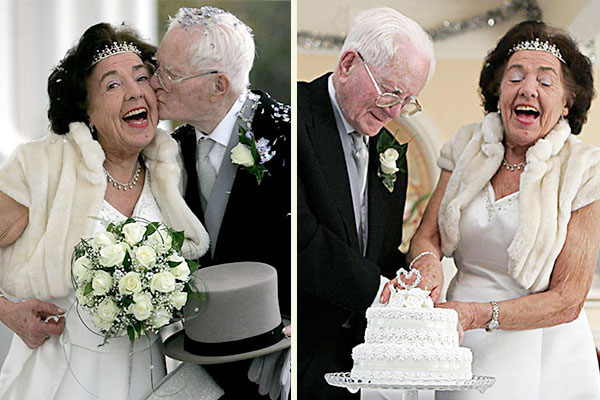 Pinterest
Not because you get older means that you have to stop having fun and be romantic, and this couple proves us that. 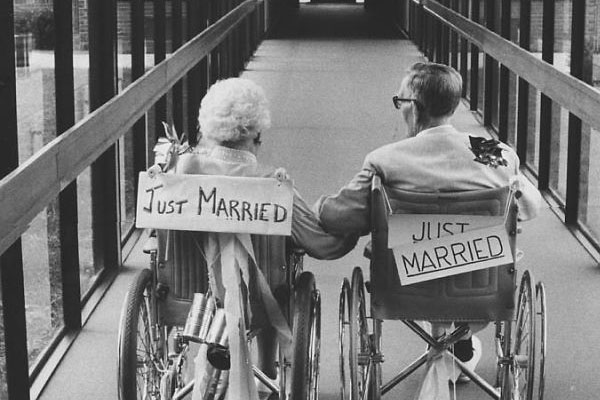 Pinterest
This image speaks for its self. This couple is a big example of what true love is and should be.

They can't deny their love for each other 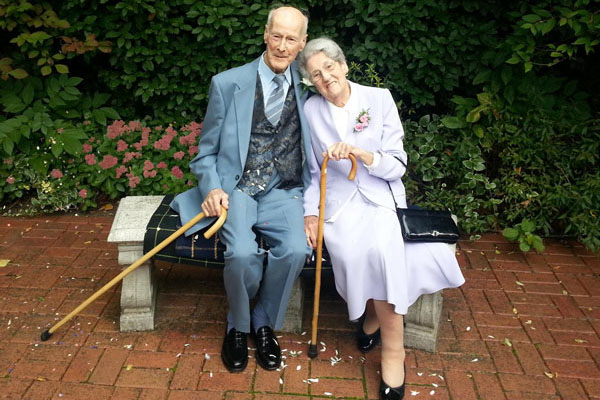 Pinterest
This couple decided to get married in a small park one day so they did, nothing was prepared but they look so happy.

Back to the place where we first met ... 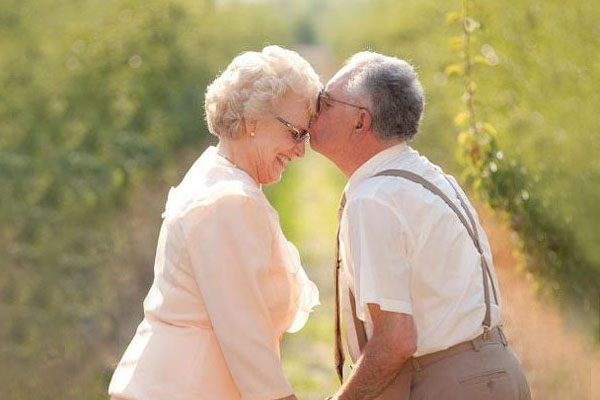 Pinterest
This is the cutest kiss ever because they decided to go back to the place where they met and get married once again.

It's never too late for love 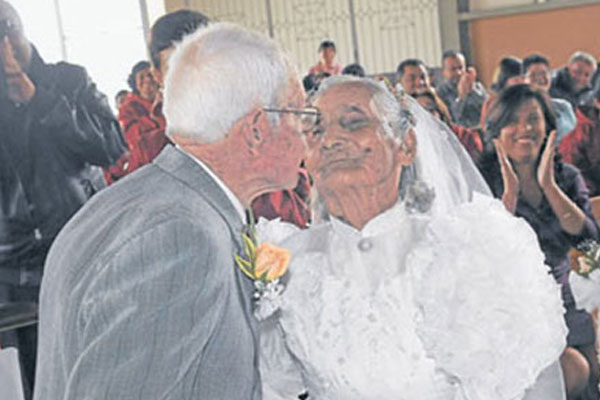 Pinterest
After living for year together, they decided to make it official just because they wanted to celebrate their love together.

There is no age for love 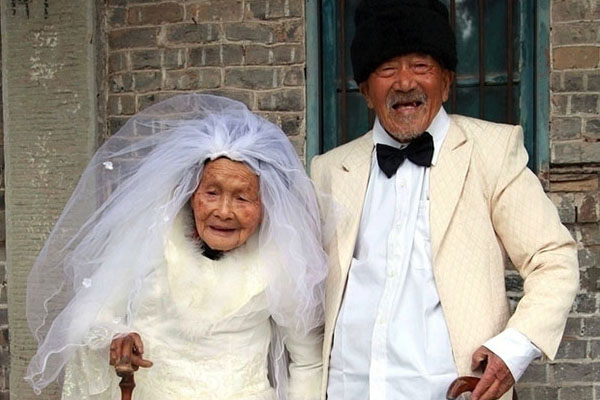 Pinterest
In many Asian countries people likes to get married when they get older to see if it's real love or not. 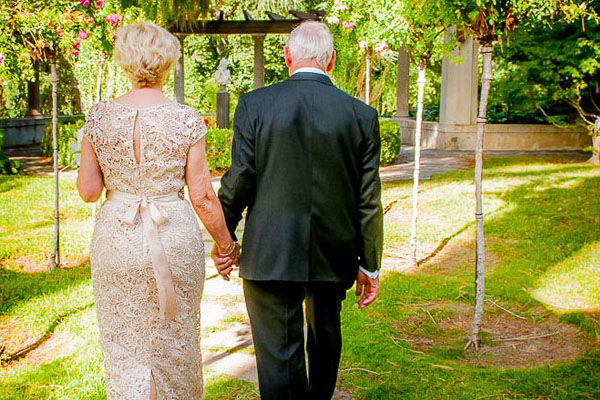 Pinterest
This couple decided to get married for the second time after sharing 60 years together. 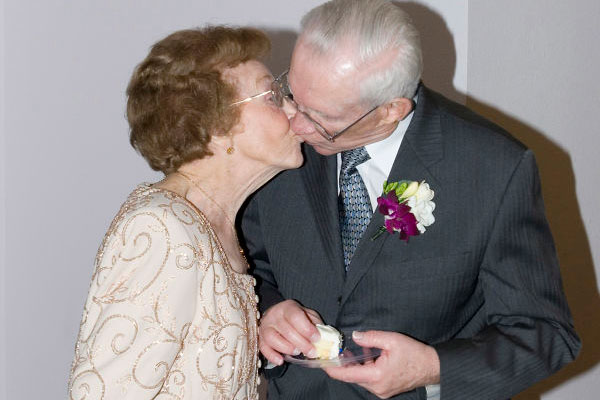 Pinterest
This is a cute couple on their wedding day eating cake and showing all their love with kisses. 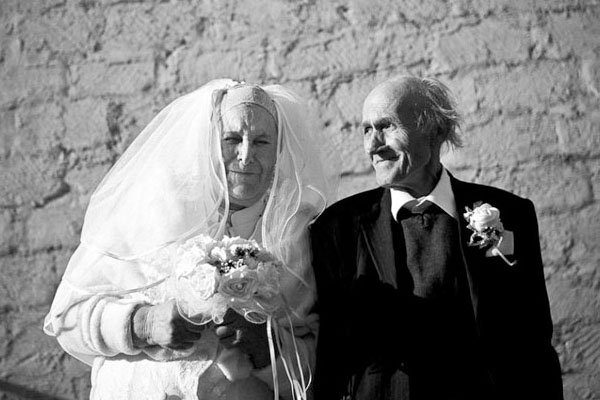 Pinterest
Just look at the expressions in their faces. This couple got really emotional on their wedding day; they were so happy that started crying. 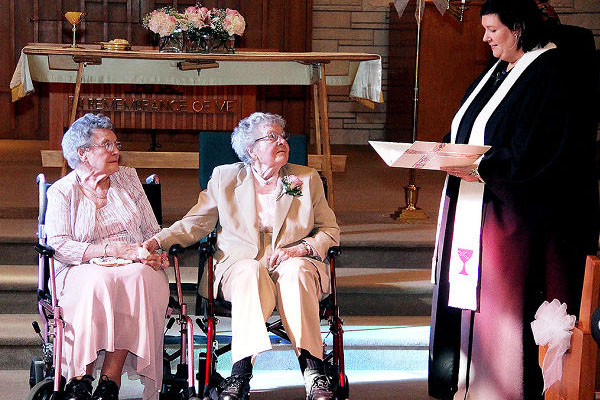 Pinterest
This photo really breaks all the stereotypes; this cute couple was happy to finally get married, they were so proud and happy of it.

Don't you dare to separate them 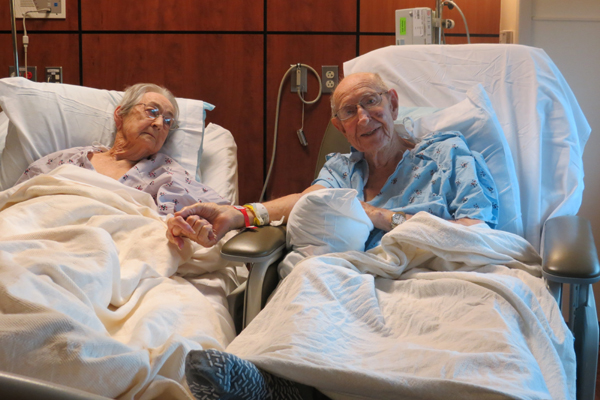 Pinterest
They have been together for 68 years and they have never been separated to each other.  Tom Clark (96) and Arnisteen Clark (92) asked to stay together even in the hospital, showing how much they love each other.

A photo of each station for 50 years 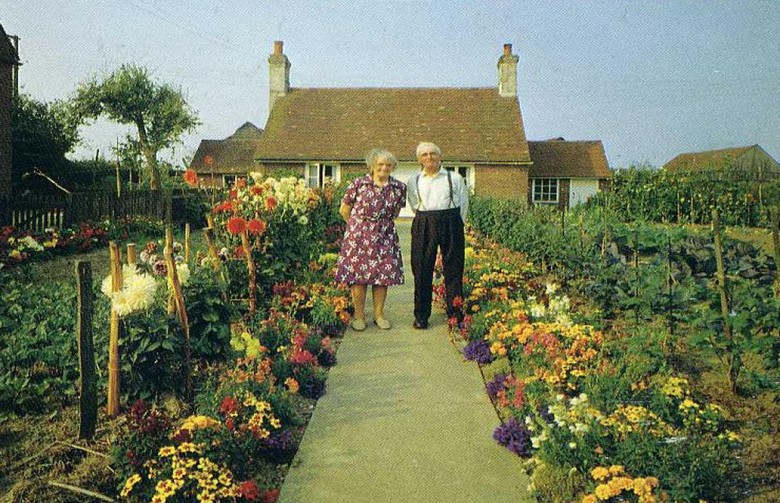 Pinterest
This wonderful story dates back to 1973, when a couple of old people from the UK decide to make a sequence of photos every season. The portraits were taken by photographer Ken Griffiths.
Compartir este artículo
Mundo.com