Life hacks that will make your life a lot easier! - Mundo EN
Life

Life hacks that will make your life a lot easier!

Sometimes, we just don’t use our heads correctly and keep on using the same objects we use every day like everyone else. However, what we did not know, is that everything can be used in different ways that will definitely make our lives easier and happier.

Did you think of using your Legos as a cable holder, or putting ice cream in your “empty” Nutella jar? I don’t think so. Check these new ways of exploiting your stuff to the maximum. Here we are going to share new ways of reusing them that will make your life easier! 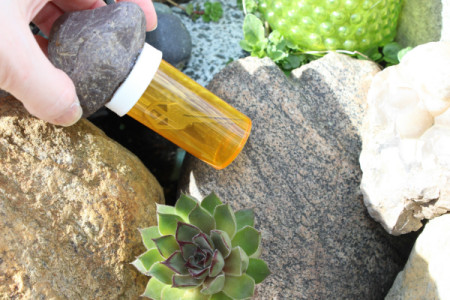 Google.
If you didn’t know where to hide your keys, here’s the solution. You just put them inside a little medicine bottle and then stick a rock on top of it. Now, you’re done! Your keys are part of your garden now! 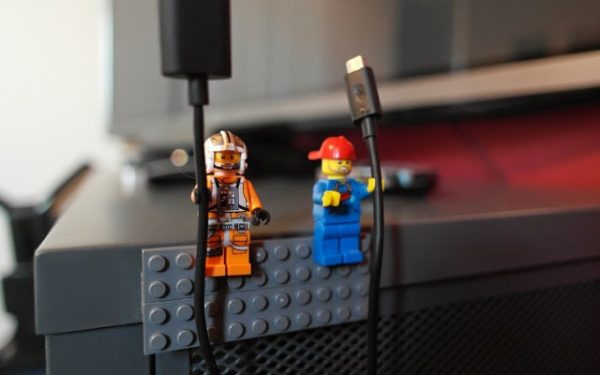 Google.
Legos are great! The things is, sometimes, they start to get a little bit boring. Guess what? Here’s a new way of using them. Your cables are all tangled on the floor, use your Legos as a cable holder! 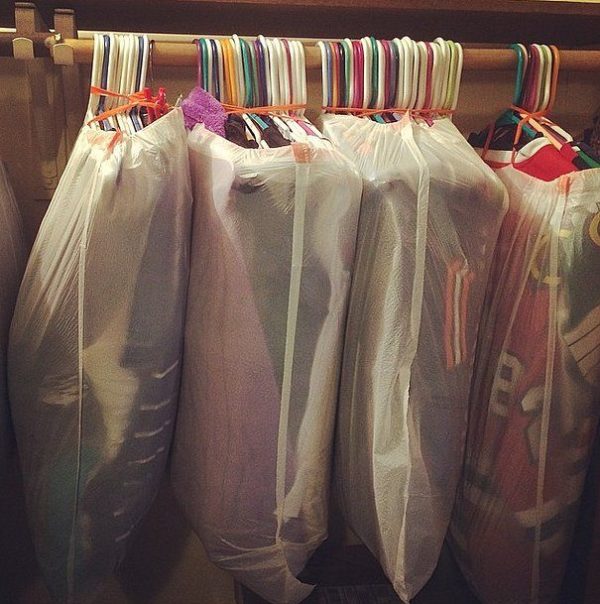 Pinterest.
If you are moving, use this method to easily transport all the clothes that you hang. Now, you will not have to fold one by one anymore. You just grab the hole pile and throw it inside your bag! 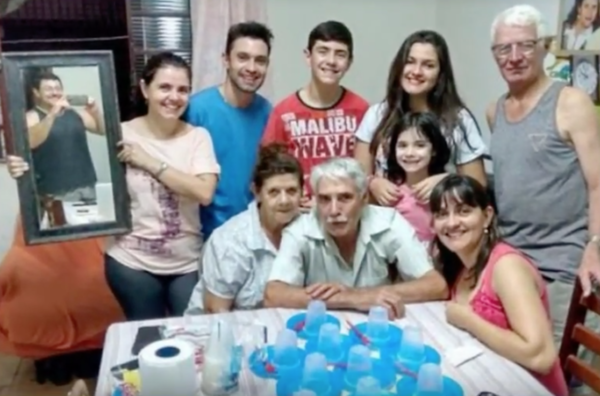 Google.
Now you can include everyone in the picture without taking a selfie. Look at this! Simply amazing. You put a mirror, everyone’s happy (including you) and you don’t have the typical picture. 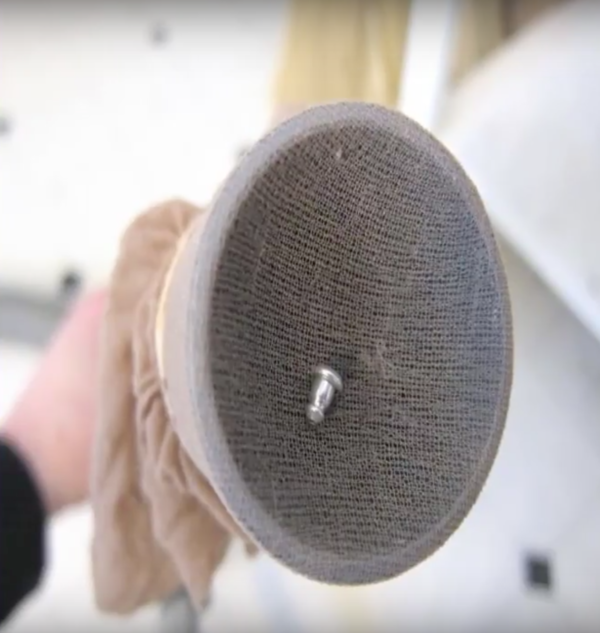 Google.
Pop a stocking over the head of your vacuum cleaner to find small missing items. Now you won’t lose anything anymore. Check how this one found her back part of her earring.

Best desert in the world! 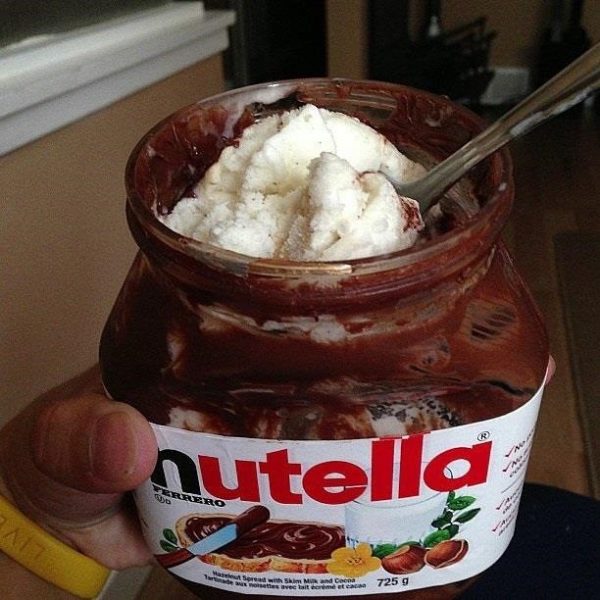 Pinterest.
Put ice cream in your “empty” Nutella jar. Whenever you think there’s no more Nutella and you are about to throw it just reuse it man! 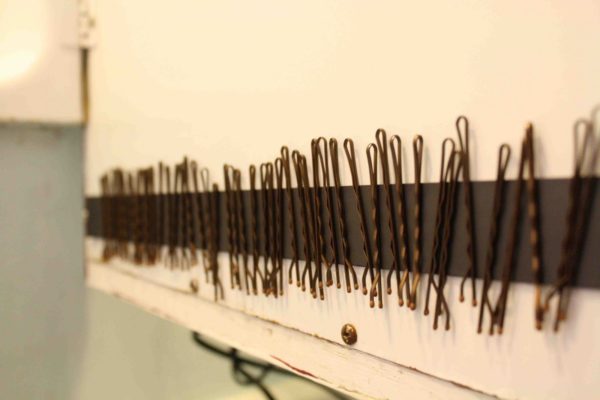 Google.
They always get lost! Now you know how to keep them together with just a magnet. Easy, organized and perfect for your bathroom. You can even paint it so that it looks better!

Google.
Mount a tablet with some command hooks for an easy TV. Now you can easily use your tablet while it’s charging and perfectly placed on that wall. 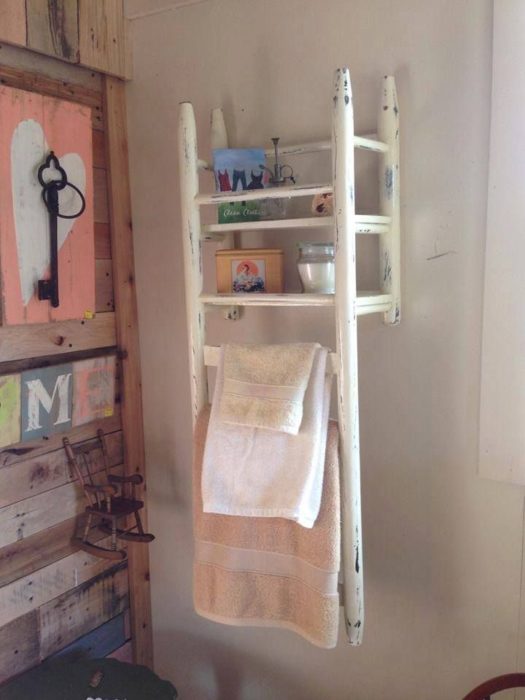 Pinterest.
Maybe not the fanciest way of reusing a chair. However, great way to save space. You’ll have everything well organized, neat and tidy. 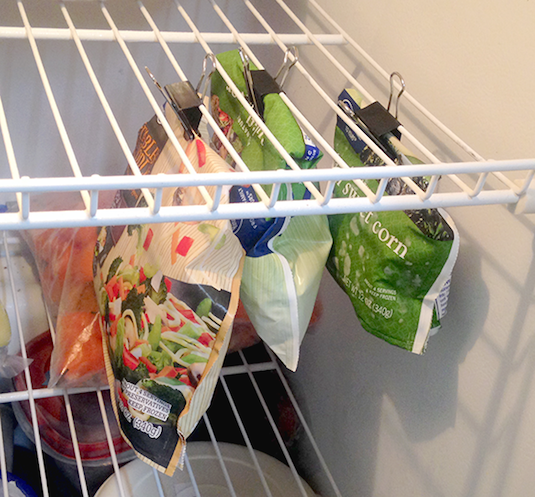 Google.
Use heavy duty paper clips to organize your freezer and stop the frozen peas avalanche. Now, you’ll see everything that’s in there without leaving things get spoiled. 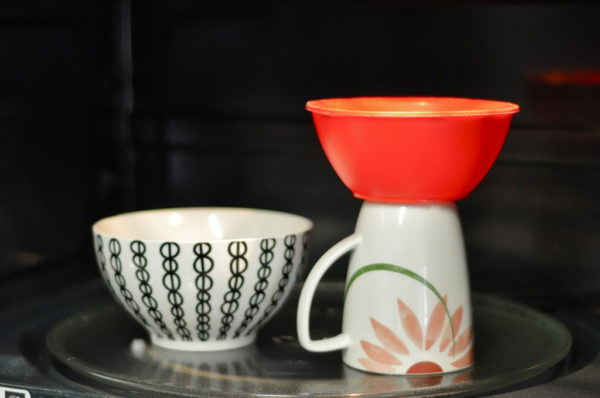 Google.
Now you can fit two bowls in the microwave. Just use all the levels! Remember, space is not only on the sides, it also exists upwards! 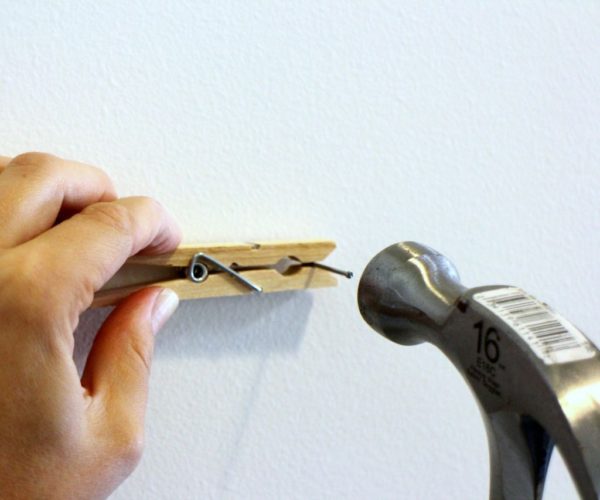 Google.
Use a clothespin to hammer a nail safely. This is a great thing to implement. No more hammered fingers! The process as it’s safer, it’s also more effective. You are more confident which makes your hammers stronger and your process faster.

We do it the cheaper way! 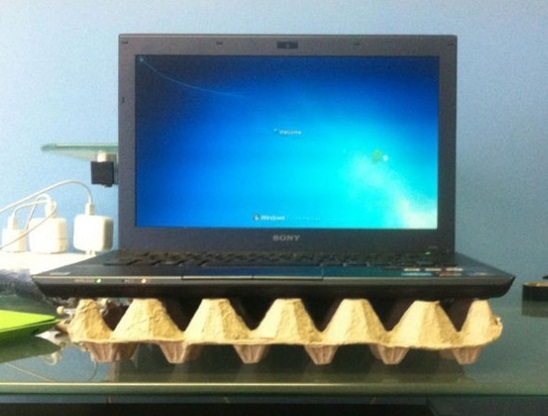 Google.
This is a perfect way of cooling down your laptop. Now there are expensive accessories for your gadgets, but why not trying the cheaper way? It works and you don’t spend that much money. Everyone’s happy :) 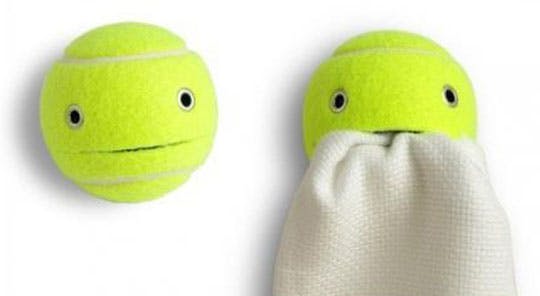 Pinterest.
Cute little tennis balls. I simply love this one! It’s really cute and useful as well. Don’t use your tennis balls only to play tennis if you can do something like this. You can also add hair to these cool faces. 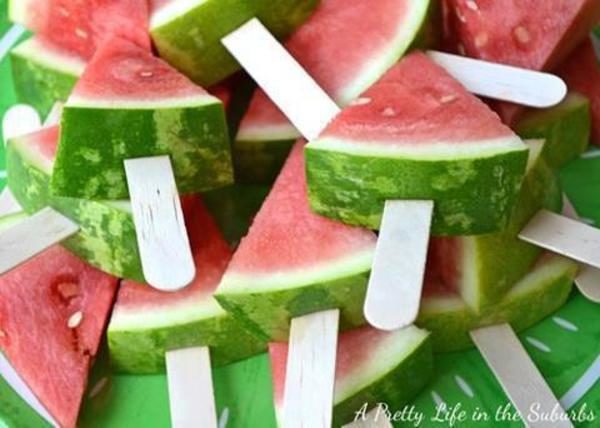 Pinterest.
Amazing way of eating watermelon without messy hands. It’s also perfect for kids. A “fake” popsicle made out of fruit, but real fruit not the one ice creams say they are made of.

Single hanger for everything! 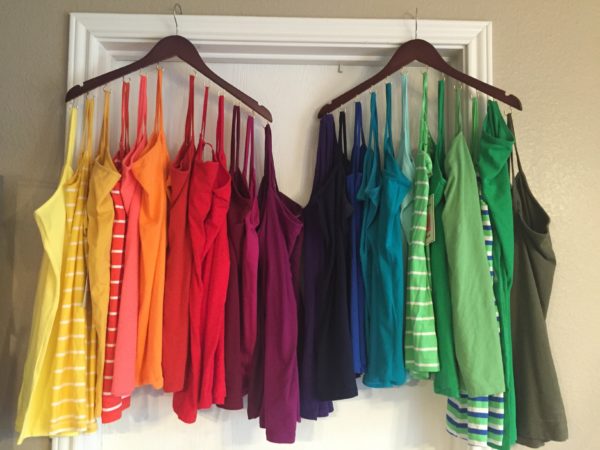 Pinterest.
How to fit all your tank tops on a single hanger. You’ll find them all without getting wrinkled and if your even more obsessive, you can also hang them by color. The easiest way of finding things too. Not running late to parties anymore! 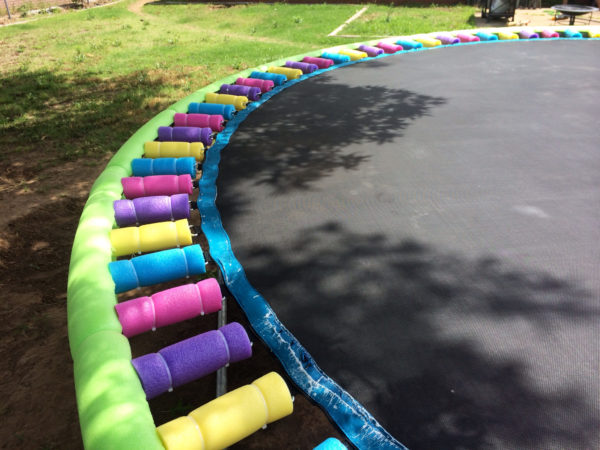 Google.
If summer is coming, be ready for it! Cover all your trampoline springs with pool noodles to avoid pinching toes. Children won’t get injured and they’ll play perfectly!

Bringing groceries in one trip 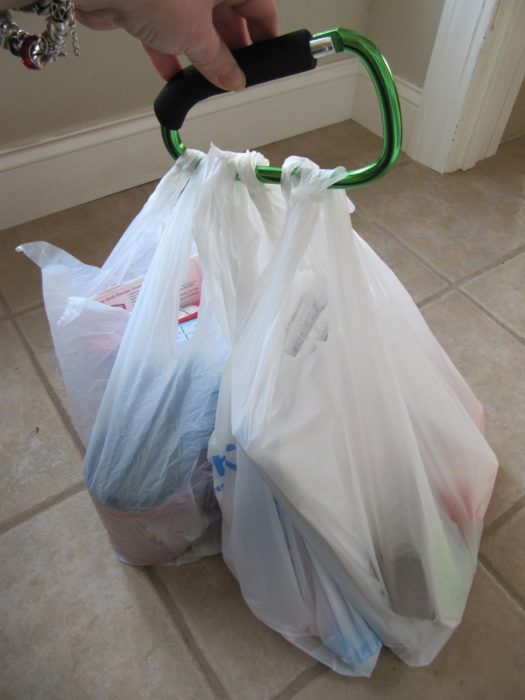 Google.
Use a big hook to bring in all the groceries in one trip. Time is money! So, save time and buy a big hook! One trip and everything’s done. You don’t even need anyone’s help. 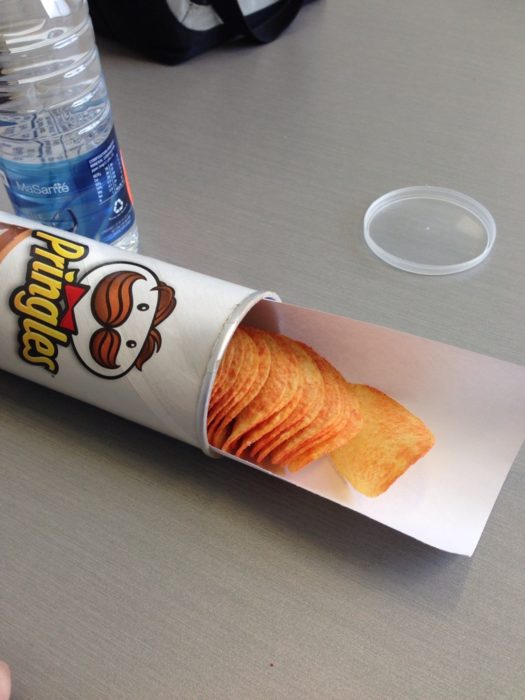 Google
How to get Pringles easily. You won’t get your hands greasy anymore. Get the best and not the mess! Eat them in a bunch and crunch crunch crunch.
Compartir este artículo
Mundo.com