Baby Showers are parties meant to celebrate the upcoming birth of a baby, this is a really special event for the future mothers who await the new baby with lots of joy. These parties bring together family and friends of the mother-to-be, and they’re usually celebrated during the last pregnancy months.

This a perfect opportunity to compliment the mother-to-be and of course give her lots of gifts. You should also give the future parents a bit of moral support and useful advice. If you’re hosting the event, you are in charge of organizing the whole thing and you should also come up with ideas of fun games to play with the rest of the guests. 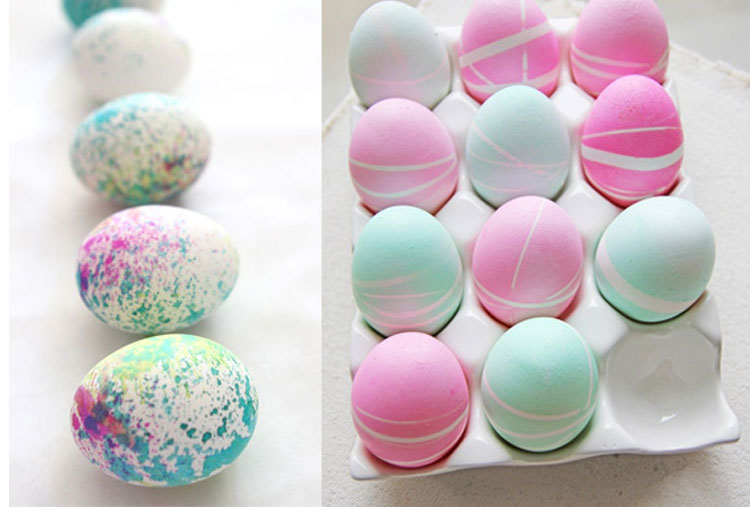 This fun game should help the mom-to-be on how to take care of her baby. All of the guests should decorate an egg and make it look like a baby. Then you should organize a race in which each guest carries the “baby” on a spoon, and they should hold the spoon with their mouths. The first one to get to the finish line will be the winner.

What's in this diaper? 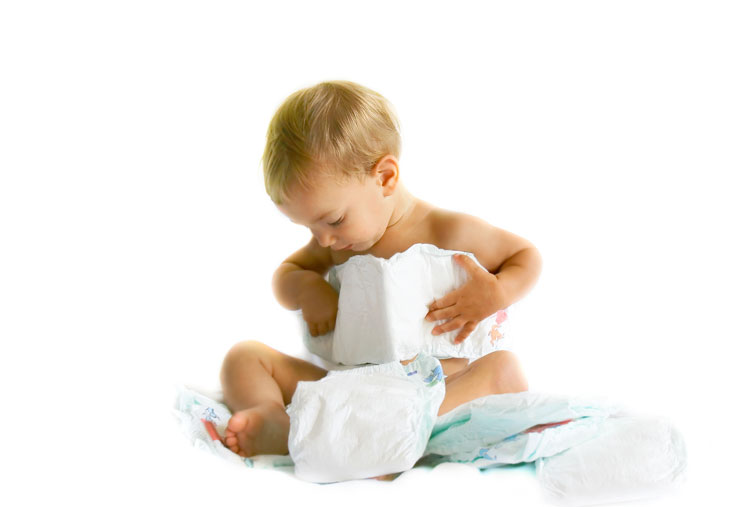 Before organizing this game you should look for baby stuff such as pacifiers, thermometers, little hats, socks). Then you should put inside each disposable diaper any of the baby items mentioned before, close it in a way that no one can see what's inside it and remember to put a number on each diaper (do a list based on this, just for you). Put the diapers together and ask the players to guess what's inside each diaper, whoever has the most amount of correct answers will be the winner. 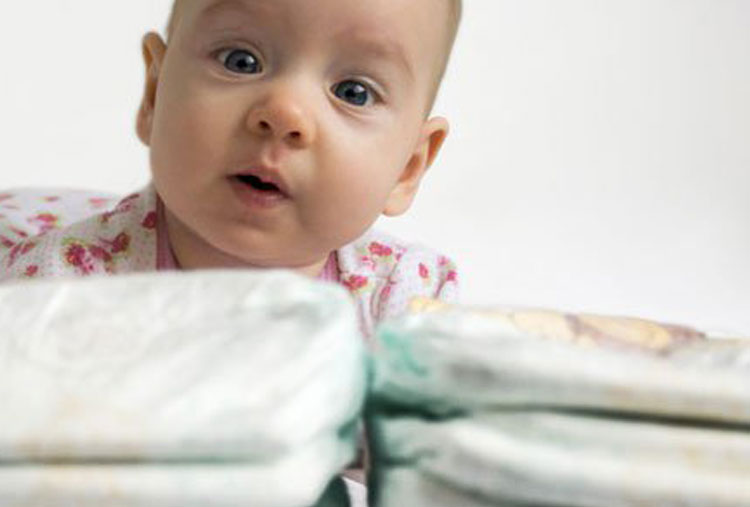 For this game you'll have to buy different kinds of chocolate bars, heat up each bar in the microwave and spread the melted chocolate on a diaper without losing track of the kind of chocolate each diaper has. Put the diapers together on a table and ask the players to smell each one and try to guess what kind of chocolate bar it is. This is a really fun game you should definitely play in your baby shower! 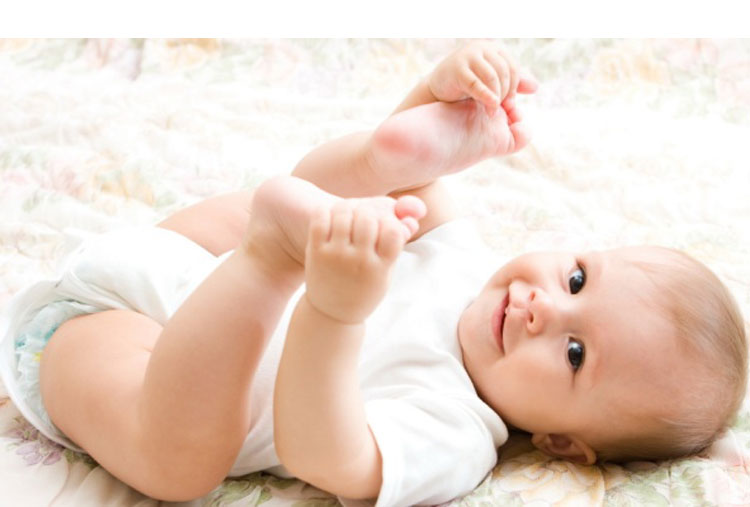 In this game, you'll need to do two different groups with the same amount of players. Each group will need a pile of diapers, a baby blanket, and a little doll. In order to start the game, all the dolls have to be well wrapped up in the blanket and make sure they have the diapers on. The race begins when the first person unwraps the doll, takes its clothes off and changes the diaper, the person should also dress up the doll again and until the first person is done, the next player can start and do the same. The first team to finish will be the winner. 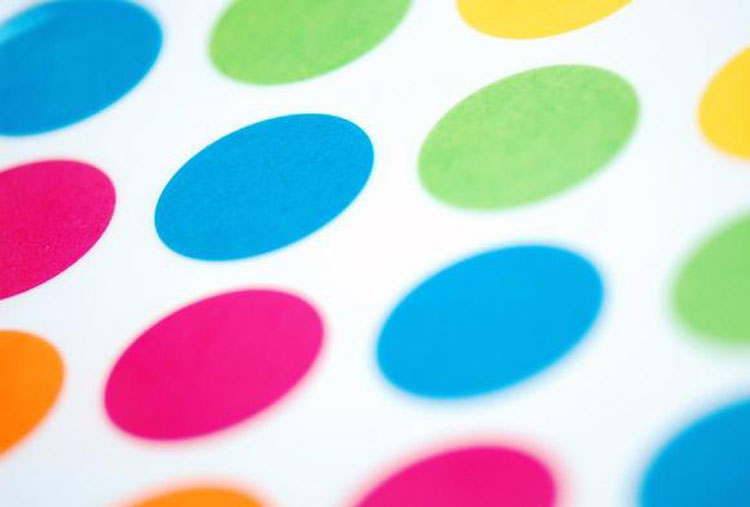 You'll need a Twister game and some balloons to play this game. All the players will have to blow up the balloon and put it underneath their blouses to make it seem like they're pregnant. After doing this you can start the game. The winners will be the ones who can stand the longest with the balloon underneath the blouse. The mom-to-be will definitely enjoy watching her friends do this! 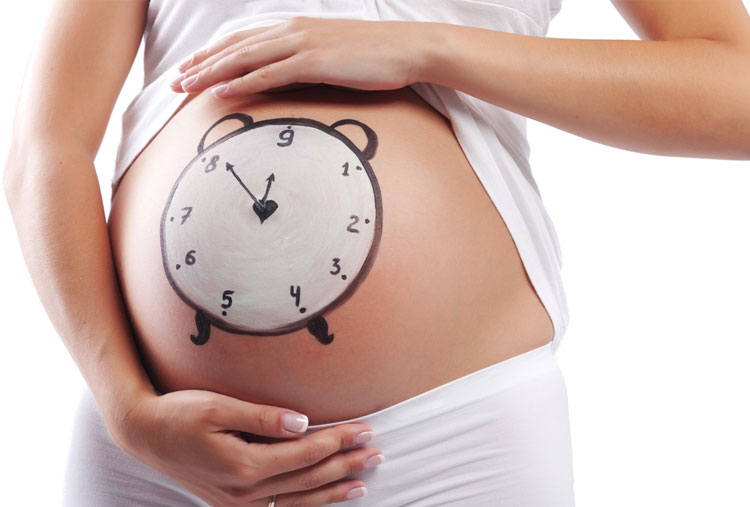 This game is always a success! You have to make your friends guess your baby's due date, the only things you'll need are a few sheets of paper and a pen. Before starting the game, ask the mom-to-be to tell them which date guessed by them, was the closest one to the actual due date.

Guess the name of a celebrity mom 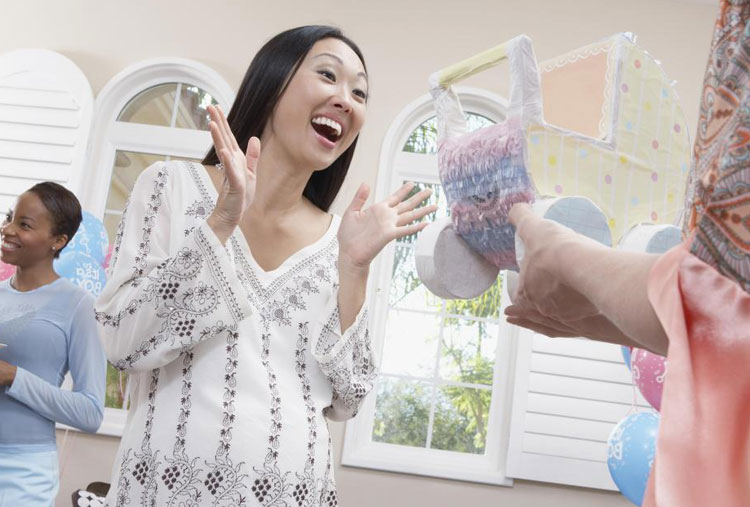 Make a list of celebrity mothers and write down the names on different pieces of paper. Then paste each piece of paper on every player's back, make sure they don't see the name written on each piece of paper pasted on them. The game starts when each of the players try to guess  which celebrity's name is written on them, in order to do this, they'll have to ask different questions about the celebrity. 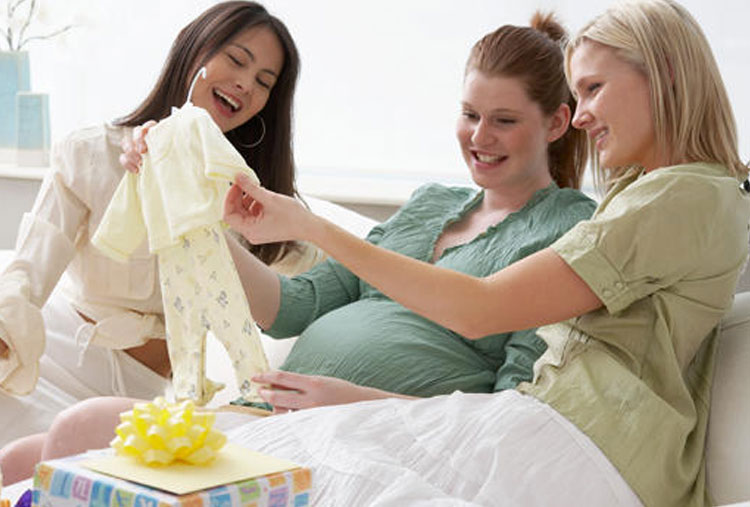 For this game, you'll need simple or white baby onesies and markers or fabric paint.  Each player will have to decorate their own onesies in the most creative way. When all the players are done put all the onesies on a table and ask the mom-to-be to pick her favorite and the one who decorated it will be the winner.

Give the mom-to-be something meaningful 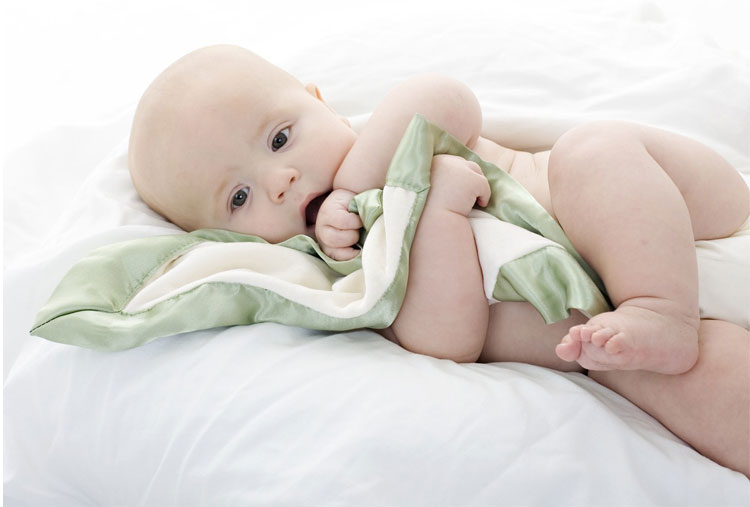 You'll need to cut square pieces of a light colored fabric, one for each guest. The purpose of this game is to make each player decorate their own piece of fabric and when they are all finished, they'll have to put together all the pieces of fabric to make a beautiful blanket. You can sew the blanket during the baby shower or you can ask someone to finish it at home. This game is a good way of giving something meaningful to the baby and mom-to-be. 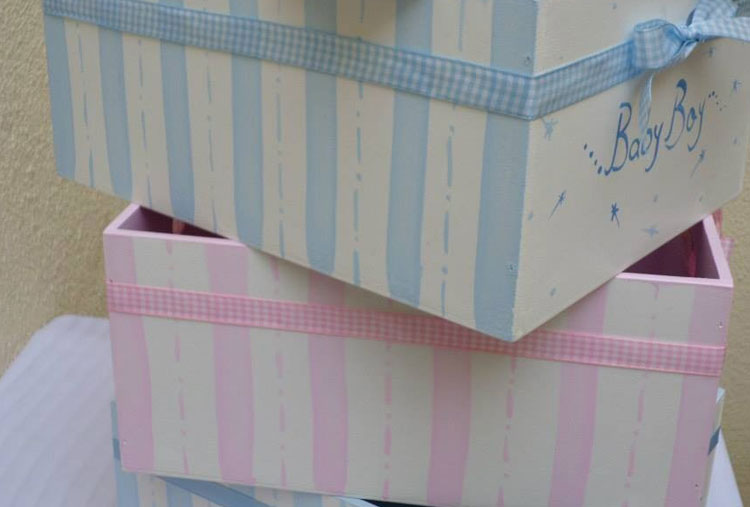 This game will make a special memory for the baby! To do this game you'll need a box, envelopes, paper and colored pens. With these items ask each guest, including the mom-to-be, to write down a special message they'd like to share with the baby (so that he/she can read it in the future). When they're all finished put the messages inside an envelope and seal it. When the baby is old enough he/she will be able to read all the thoughtful messages. 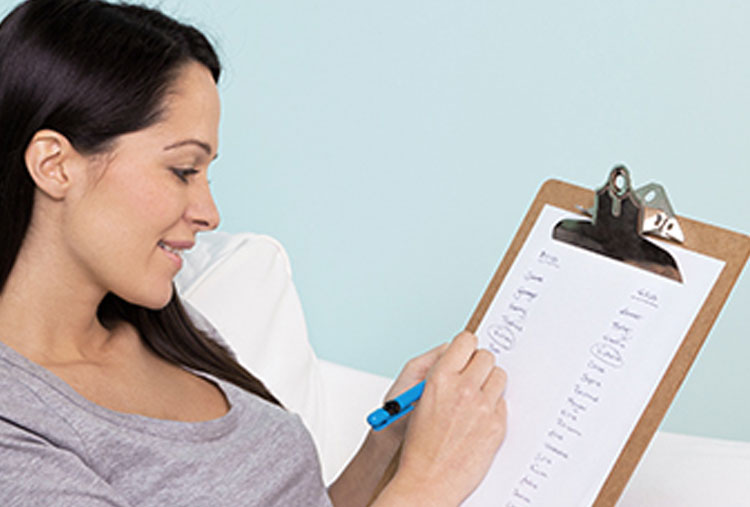 Make a list of random facts about the mom-to-be (she can help you out with that) . During the baby shower ask questions, based on these facts, to all the guests, and they'll have to write down their answers. The guest who guesses the most amount of questions will be the winner. Here are a few examples of sample questions: When's the future mom's  birthday? Where did she meet the baby's father? What's her favorite color? Come up with all sorts of questions to make this a super fun game! 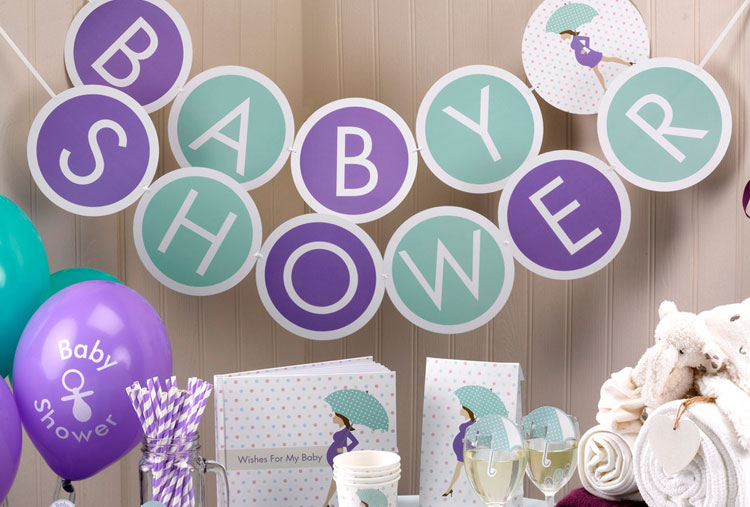 In this game you'll have to do some research on celebrities; write down the names of the celebrity parents and the name of their kid.  Then write down on another piece of paper just the names of the parents and give them to all the guests. They will have to write down on that paper the kid's name. Whoever has the most amount of correct answers will be the winner! Here's an example: Will Smith and Jaden Smith, Goldie Hawn and Kate Hudson.

Guess what kind of food it is 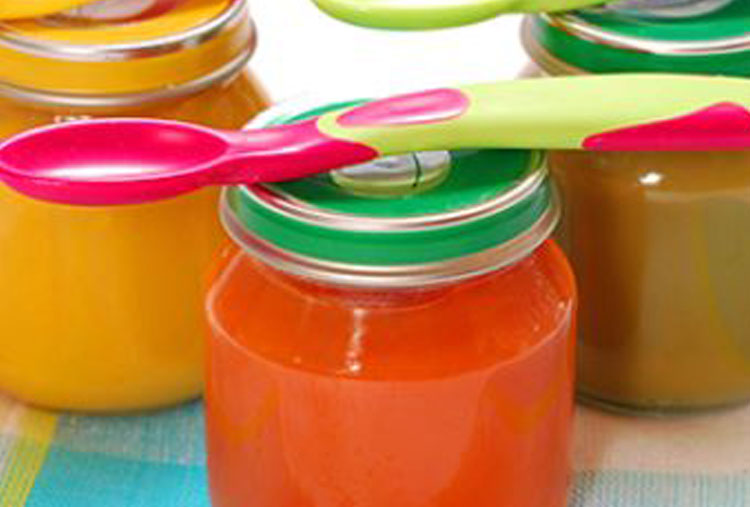 Buy different flavored baby foods and make sure to rip off the sticker with the product's information on it. The point of this is that the guests should try and guess what kind of baby food it is. Whoever gets the most amount of correct answers will be the winner. Make sure to have enough spoons and blindfolds. 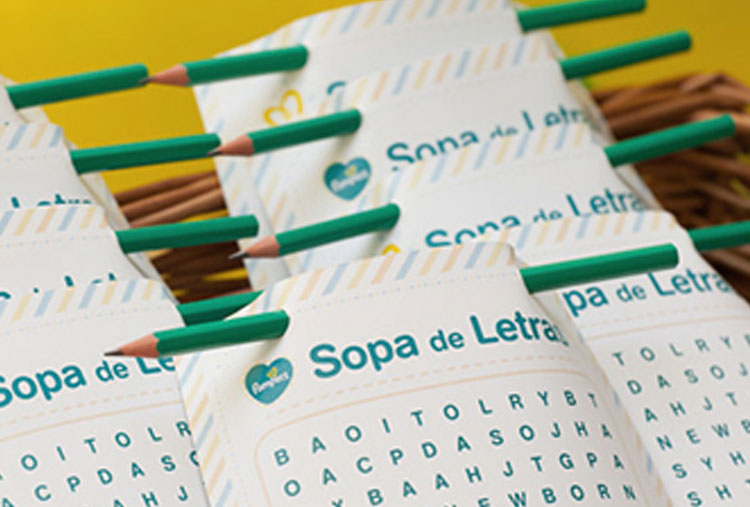 Give out word puzzles to each guest. Inside each word puzzle, you should write different baby names (boy or girl names depending on the baby's gender). The winner will be the guest who finds the most amount of names. If the mom-to-be hasn't chosen a name, this could be really helpful! 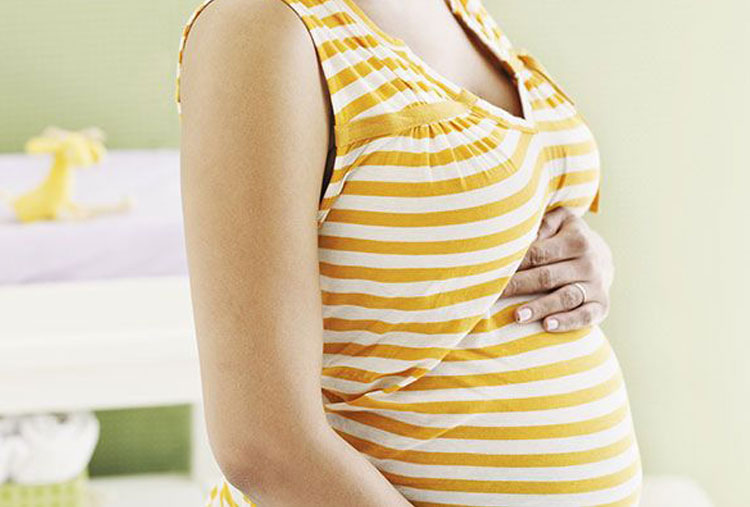 This game will test the artistic skills of each of the guests and they'll have a great time!  The contestants will have to draw a baby while being blindfolded, so they will need a white piece of paper to do so.  The mom-to-be will pick the winner. 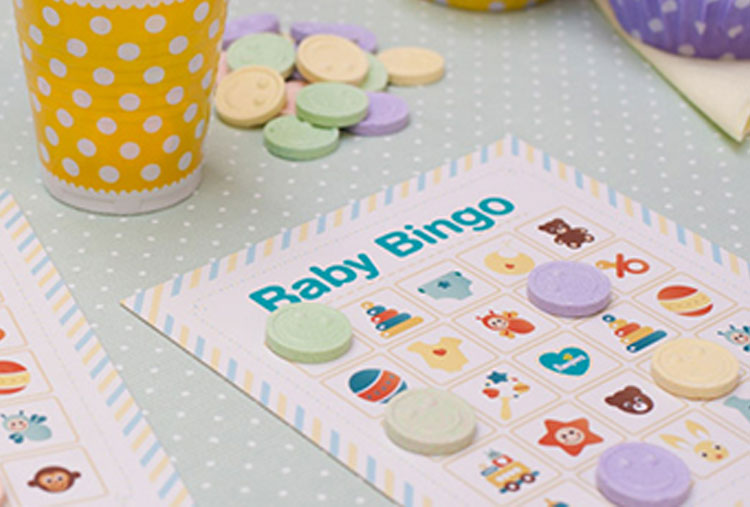 Write down words related to the baby and keep them inside a bag, prepare the Bingo cards with the images of these words ( you can google Bingo cards and print them). Give out the cards to the guests and tell the mom-to-be to help you say out loud the Bingo words. This is a really fun and entertaining game! 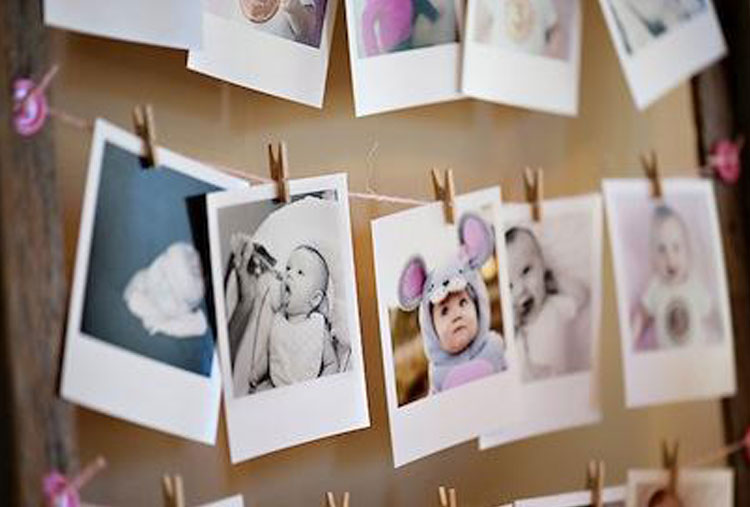 For this game, you'll have to tell all the guests and the mom-to-be  to send a picture of them when they were babies. Print the pictures and put them in a wall, then the guests will try and guess who's who. Everyone should write down their answers and the winner will be the whoever has the most amount of correct answers. It's gonna be fun to see your friends' baby pictures!

Have fun with the alphabet! 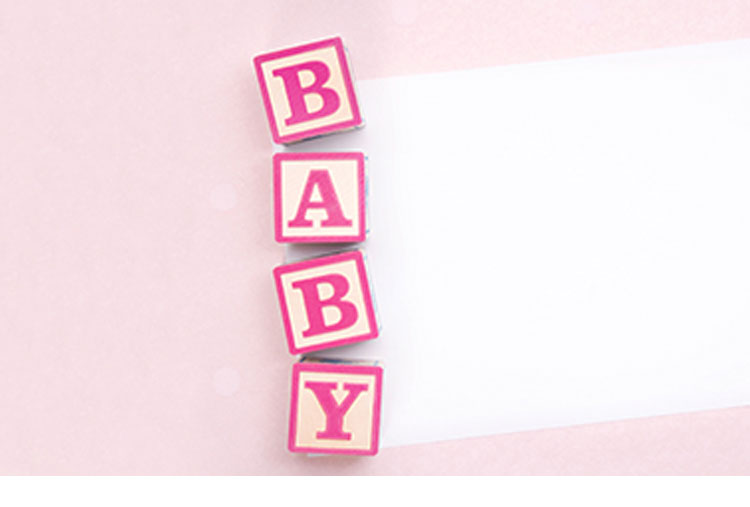 Write down on a piece of paper all the letters of the alphabet and give one to each guest. All the guests have to write down all sorts of baby stuff words in a certain amount of time. The one who writes the most amount of words will be the winner!  This will test each guest's creativity.

Useful tips for the mom-to-be 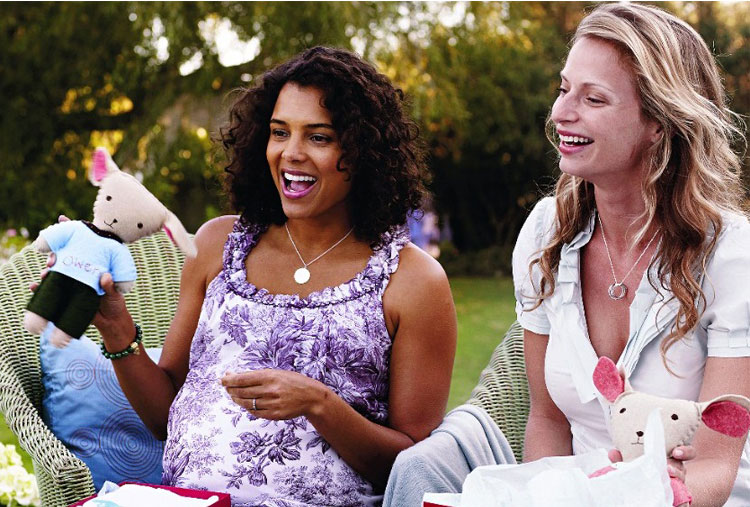 This game  will be very useful for the mom-to-be. Each guest should write down any helpful motherhood advice, the tips can be related to the baby or the mother. For example different lullaby songs. When everyone's done give all the lists to the mom-to-be.

How big is her belly 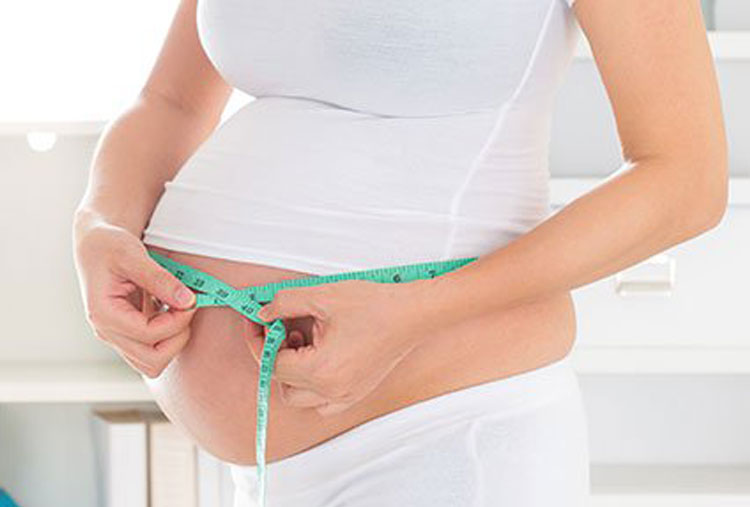 Give some ribbon to all the guests and they should try to calculate how big the belly of the mom-to-be is. The winner will be the one who calculated the closest measurement to the actual mom's belly!