20 shocking images to prove the reality of climate change 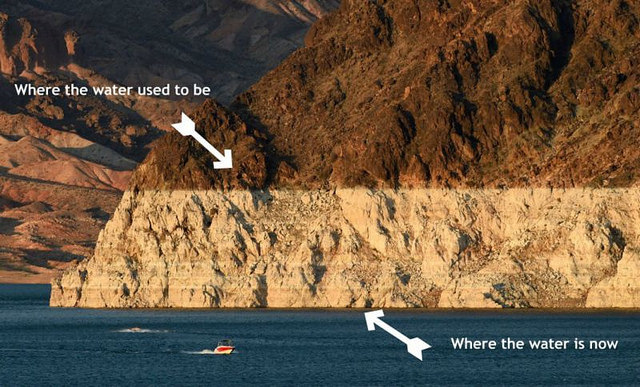 You can see how it has lowered the level in the past 14 years. diarioecologia.com

The rise of mechanized agriculture practices and industries coupled with 14 years of extreme drought has almost completely dried out one of the largest lakes in the United States. Empty docks that once floated atop the water now sit along the cliffs that were previously the lake’s shores. 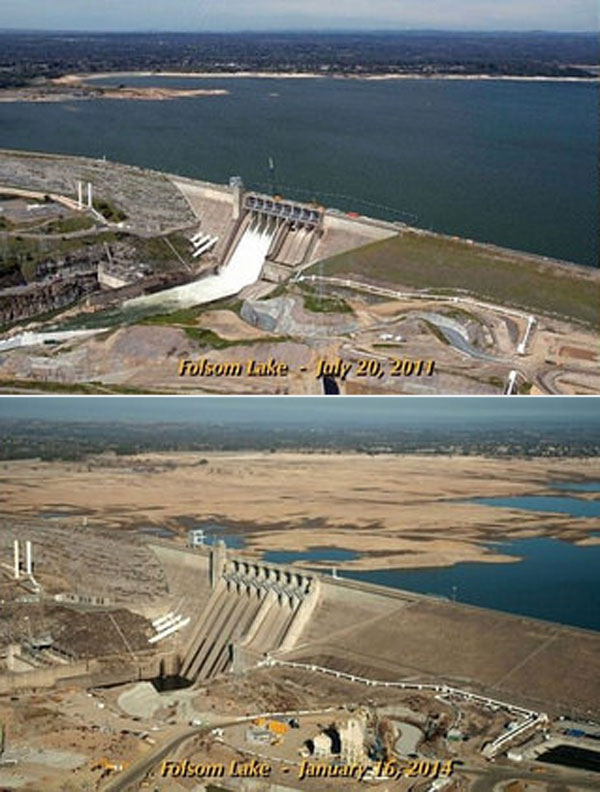 California is also in serious trouble thanks to its rapidly increasing population density. Even though California supplies nearly 100% of the strawberries, almonds, grapes, carrots, and avocados consumed in the United States, the soil is rapidly drying out and prices are rising astronomically. 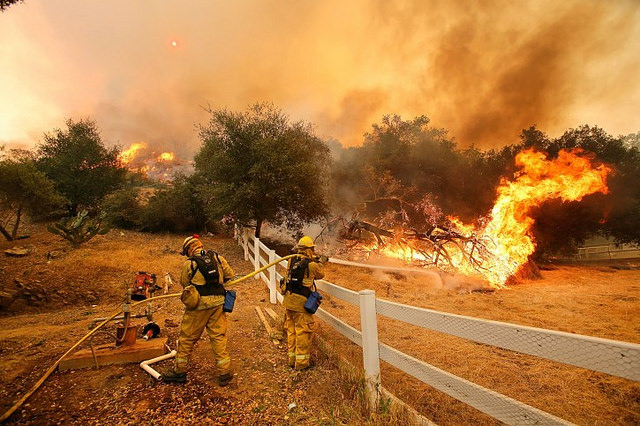 Firefighters trying to control the flames during a forest fire in California. diarioecologia.com

The droughts end up being a major contributor to the creation of forest fires. Thanks to the presence of high winds and dried out vegetation, these fires are able to spread rapidly across forests and into urban areas, thereby increasing the risk and danger of putting them out. 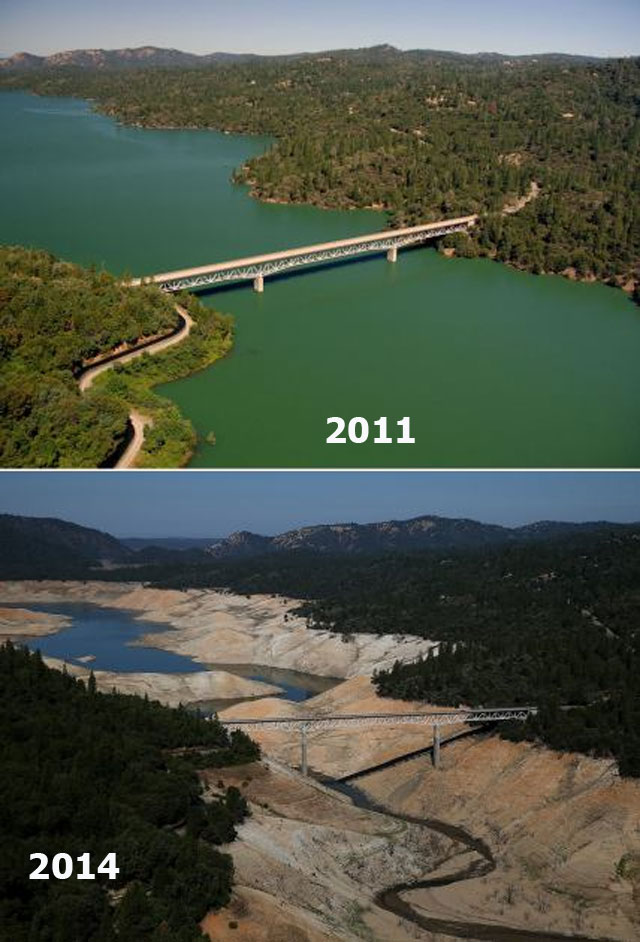 One of the most impressive comparative of Lake Oroville, at the intersection with Enterprise bridge . univisionsacramento.univision.com

California is now in its third year of severe drought and the entire landscape is starting to resemble before/after postcards. Case in point, Lake Oroville. Local marinas have receded into what little deep water remains and the section the Enterprise Bridge once crossed is now a frightening scene.

5. The Loss of Glaciers 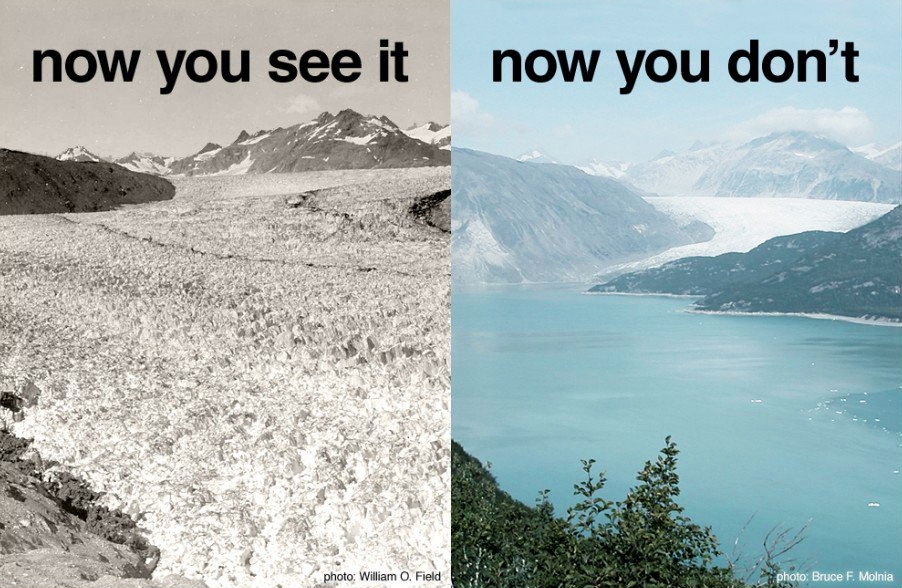 The greenhouse effect produces methane gas in the atmosphere, thus causing the temperatures to rise. Thanks to this new heat wave, glaciers and ice sheets are melting at an alarming rate that is only accelerating thanks to the release of even more methane gas stored in the ice. 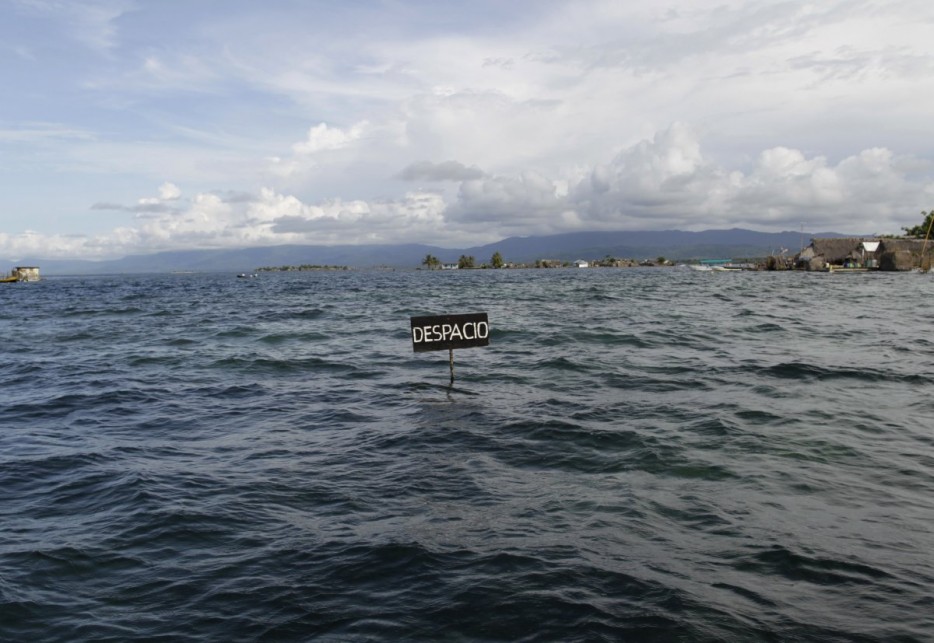 Thanks to the rising sea levels caused by the melting ice, islands and beach properties all over the world are beginning to be flooded. When all the glacial ice has melted, the estimated sea level will be 216 meters higher than it is now, swallowing countless coastal regions. 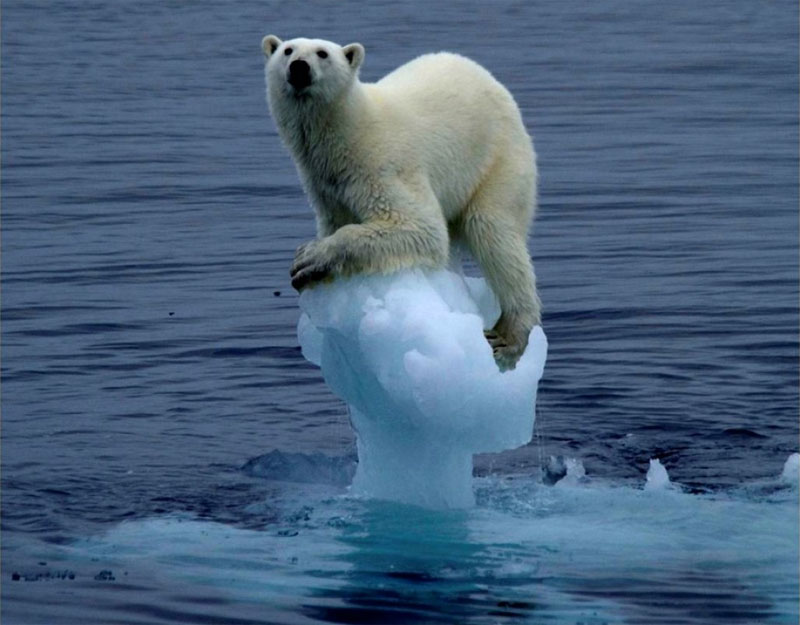 While it may not seem populated at first glance, the polar regions of the world are home to a vast amount of flora and fauna unique only to this region. All of this biodiversity is slowly being lost thanks to human actions causing global warming. 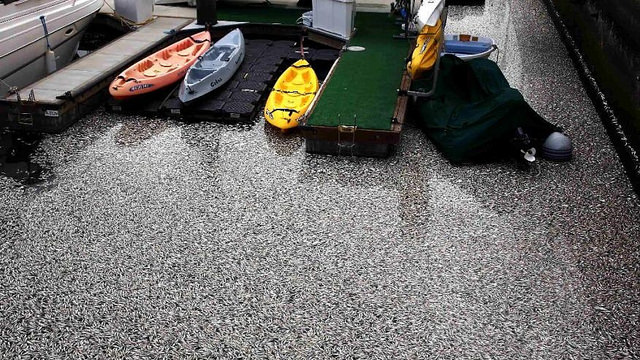 As the sea level rises, so does its pH balance. This means the waters across the globe are slowly growing more acidic thanks to the higher levels of carbon dioxide producing carbonic acid, which in turn causes harm to the wide array of marine life in the ocean.

Due to the newly acidic water, coral reefs such as the Great Barrier Reef in Australia are being poisoned to death. The high levels of carbonic acid means that marine organisms such as coral, are unable to maintain their bone structures and are dying off.

10. Millions of Fish are Dying 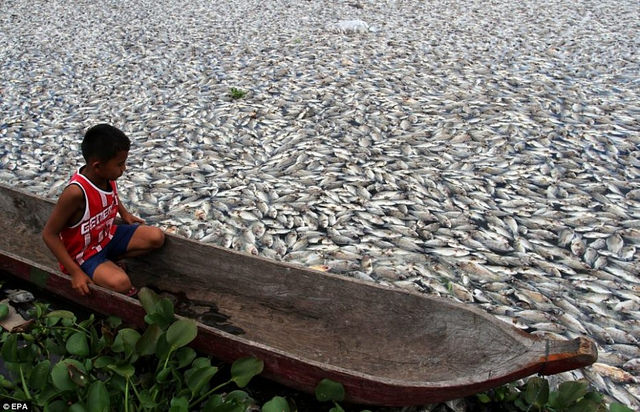 The acid levels aren’t only affecting the reefs in the ocean. Millions of fish around the globe are unable to survive the acidic waters and many of them die before floating adrift in a sea of death.

11. Lake Waters are Affected Too 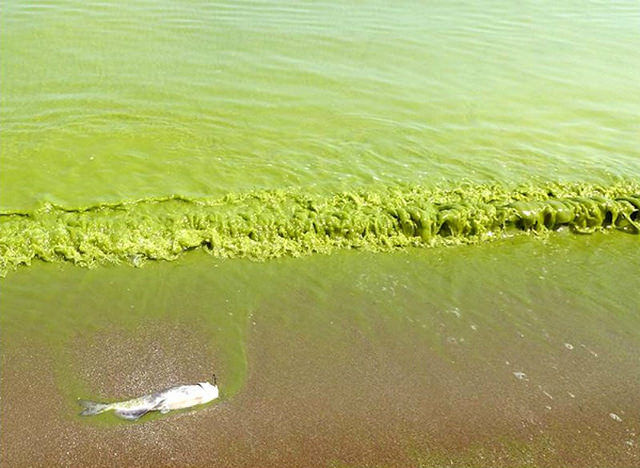 Over 500,000 people were left without water when Lake Erie on the border of the United States and Canada was polluted thanks to a rise in toxic algae. The source? Large amounts of chemicals and pesticides from crops being washed into the lake thanks to the rain. 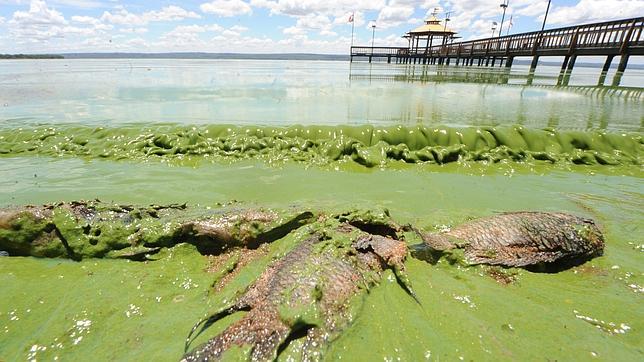 Pollution is also present in Lake Ypacarai in Paraguay, situated between the cities of San Bernardino and Areguá. In 2012, the blue water turned green thanks to toxic algae thriving in the polluted waters. The chemicals come from local factories and tanneries that dump their waste into the lake. 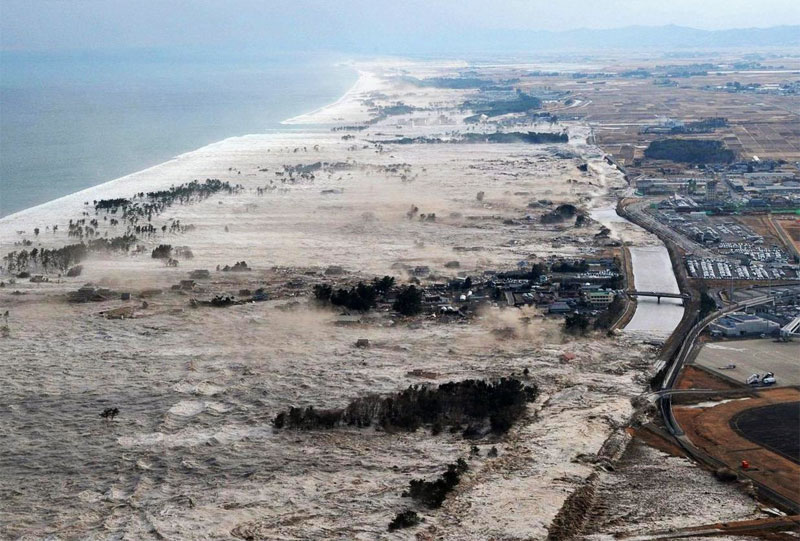 Water reserves and lakes aren’t the only things affected by the climate change. The Earth’s entire water cycle is experiencing a series of drastic and unpredictable changes, causing multiple natural disasters along coastlines all over the world. 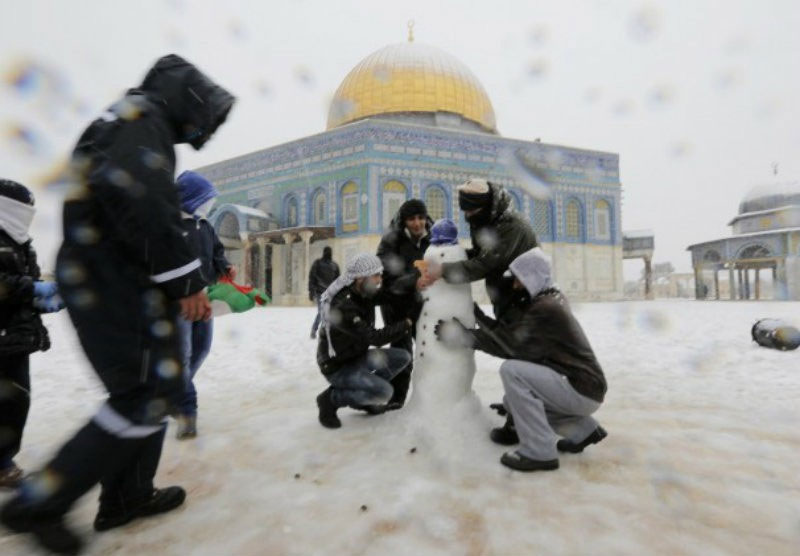 Strange and unnatural changes are starting to appear in rain cycles across the globe. Even the more extreme climates have taken a hit, such as the uncommon snowfall that took place in Jerusalem in December 2013. 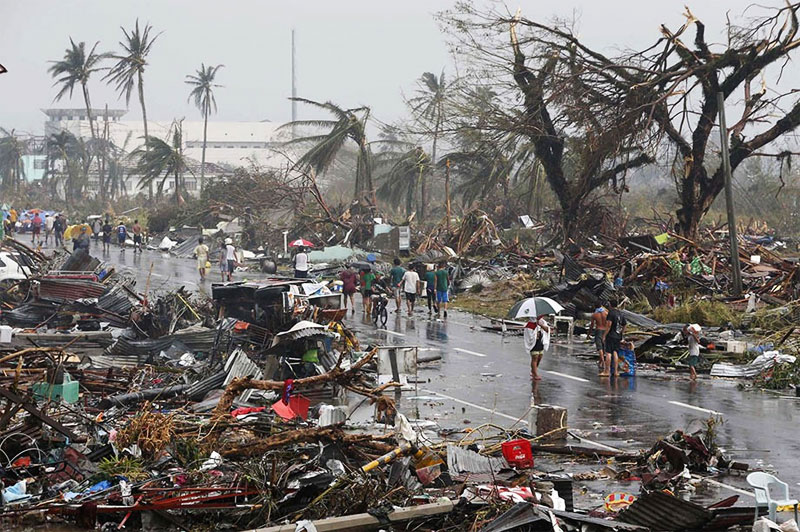 Typhoons have been happening with more and more frequency in recent years and are steadily growing stronger. Super-typhoons are now starting to appear in the world, such as the super-typhoon that passed through the Philippines and left behind more than 10,000 deaths. 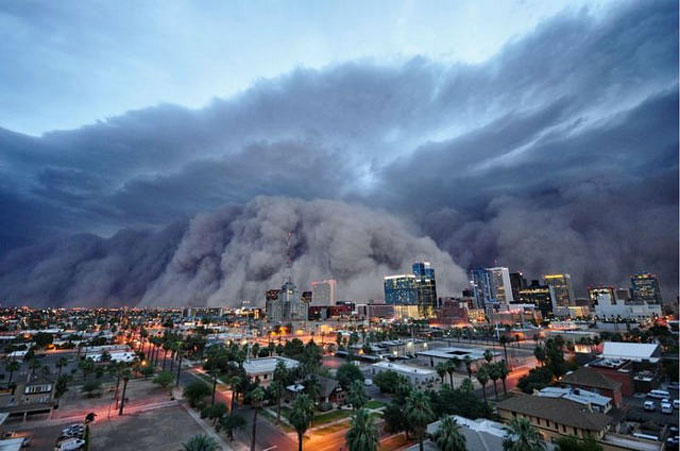 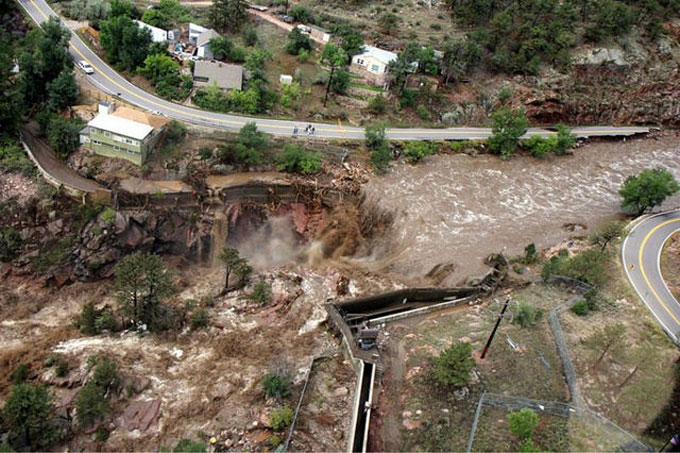 The dramatic effects of climate change means that many regions have either a shortage or an excess of precipitation. Excess water causes massive floods, one of the most common natural disasters in the world. It’s estimated that over 3.2 million people died due to flooding during the twentieth century. 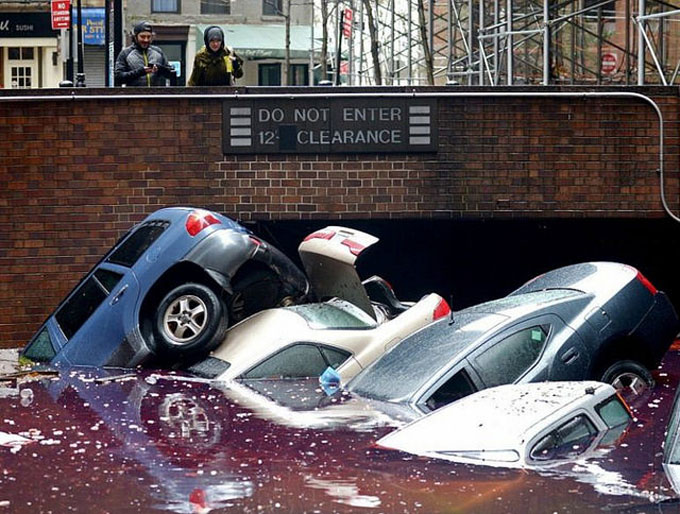 Cars submerged in the streets of New York, after the passage of Hurricane Sandy. diarioecologia.com

In 2012, a tropical depression formed in the Atlantic. The depression grew into one of the largest hurricanes in the Atlantic on record, Hurricane Sandy. At a terrifying 1100 miles across, the hurricane swept across North and South America, causing the most damage from a hurricane since Katrina hit. 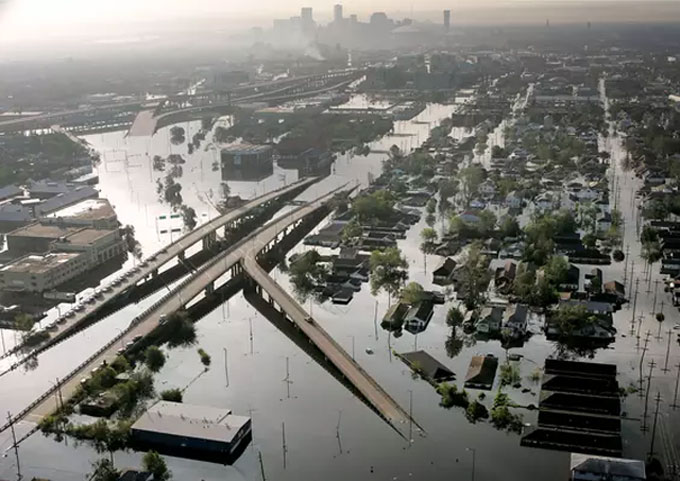 New Orlean’s then of the devastating Hurricane Katrina. terra.com

In 2005, Hurricane Katrina formed over the Bahamas before crossing Florida and building strength in the Gulf of Mexico. Katrina quickly moved north while reaching winds in excess of 175 mph. The hurricane caused over $108 billion dollars in damage and thousands of lives were lost. 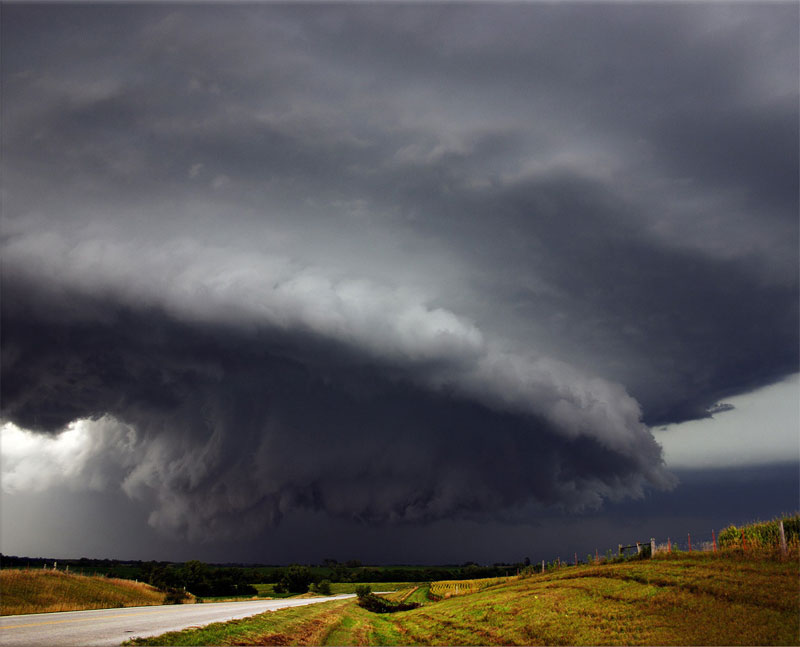 Huge storms with rotating wind patterns are the most likely to cause tornadoes, and thanks to the drastic changes in weather patterns, more and more of these terrifying funnels are appearing across plains and urban areas all throughout the Western hemisphere.