20 household hacks that are a lifesaver | Mundo EN
Life

20 household hacks that are a lifesaver

Have you ever found yourself doing something and thinking “there’s got to be a better way to do this”? Adulting is hard, we know, but do not despair – these nifty tricks are here to make your life easier. We’re not sure if they are life-changing, but at least they will definitely make things less complicated.

So prepare to be amazed. A lot of these are actually quite simple to follow and will become a lifesaver. Do you know any other hack? We’re sure there’s still for some new hacks to come along. In the meantime, learn, live and enjoy these hacks. 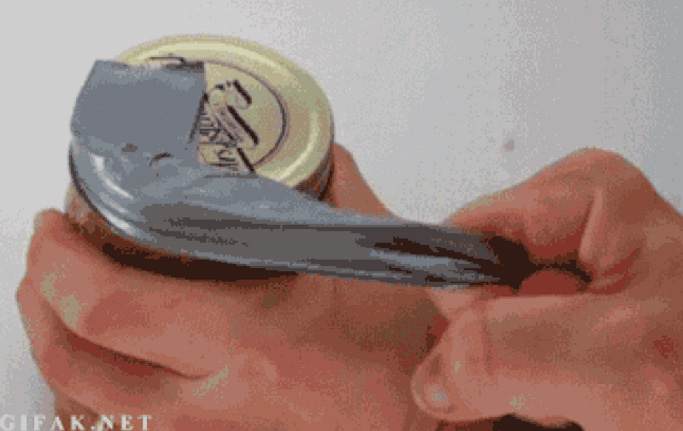 Duct tape is one of the most brilliant inventions ever. If you, like me, are terrible at opening tightly sealed jars, try this. Works every time! 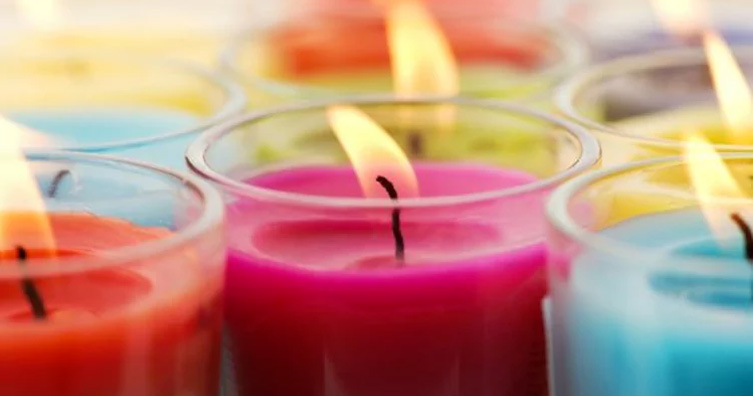 This is a cool tip:  if you want an easy way to clean all the wax that has fallen off a candle, make sure to rub some oil onto the glass container BEFORE lighting the candle. This will make removing any melted wax super easy later.

Make sure you hit your target 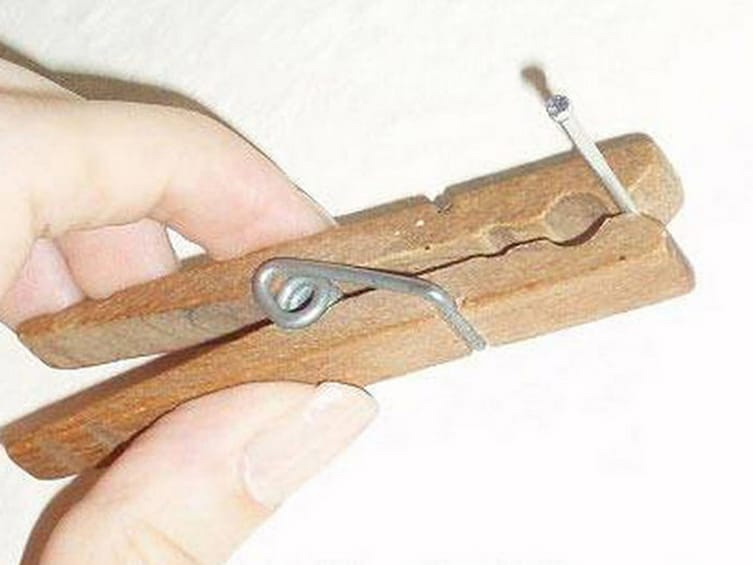 If you, like me, are a klutz and just hopeless at hammering stuff, you can use a clothespin to keep the nail in place. Look, ma, no injuries!

Another nifty alternative to that last one 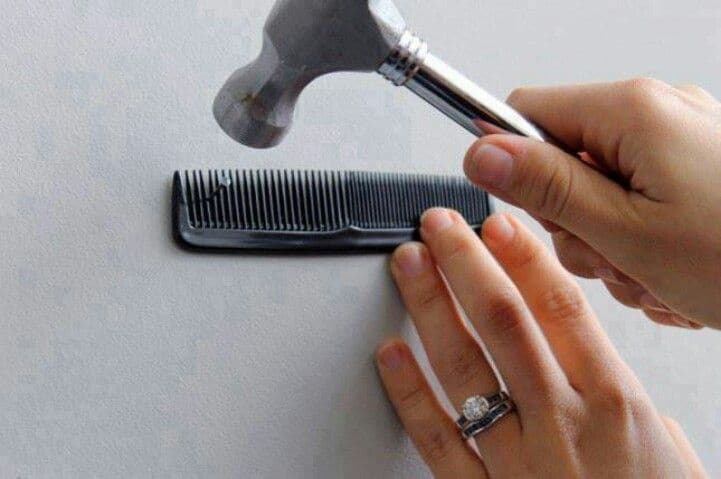 If you have no clothespins because hanging clothes to dry is a thing of the past for you, you can also use a hair comb to keep that nail in place and avoid hitting your fingers with that hammer. The more you know! 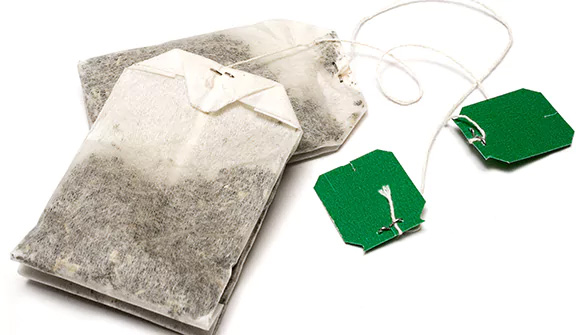 If your fridge is smelling funky, a super easy way to get rid of those odors is to use two tea bags in an empty container (without a lid, obviously). Another cool use to tea bags (including used ones) is to use them as plant fertilizer.

Paper roll to the rescue 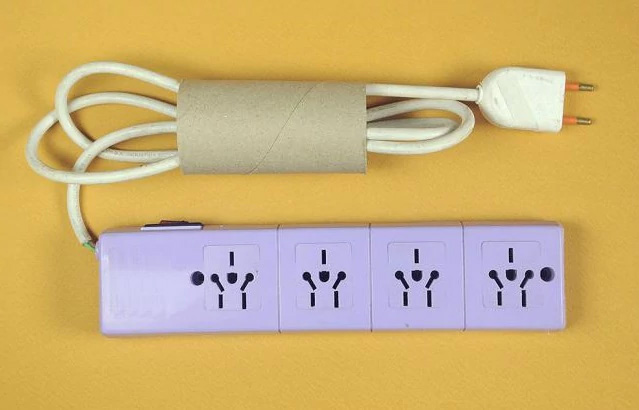 To avoid tangled cables and just an overall mess, a good way to make sure your cables stay put when saving something with a cord is to use an empty toilet paper roll. You can even paint them or label them to make sure you always know where all your stuff is.

Ice cold in a few minutes 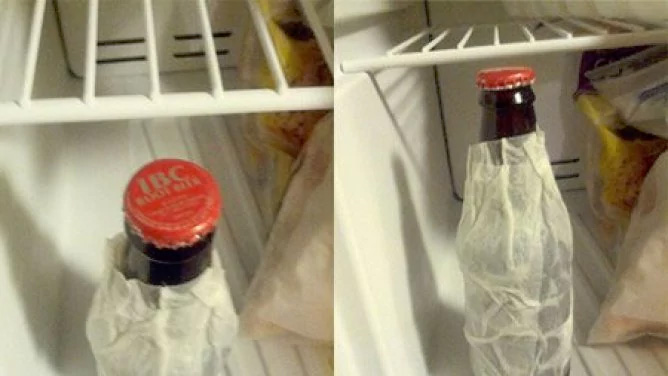 If you forgot to put the drinks in the fridge, there is an easy way to help speed up the cooling process: wrap your drink with a cold paper napkin and put it into the freezer for about fifteen minutes. Ice cold in no time!

Shower curtain rings are not only useful to keep your shower curtain from falling off… you can also use them to help you organize your purses, belts and scarves. Either hang them on a hanger or directly on your closet, they will help you keep everything nice and tidy. 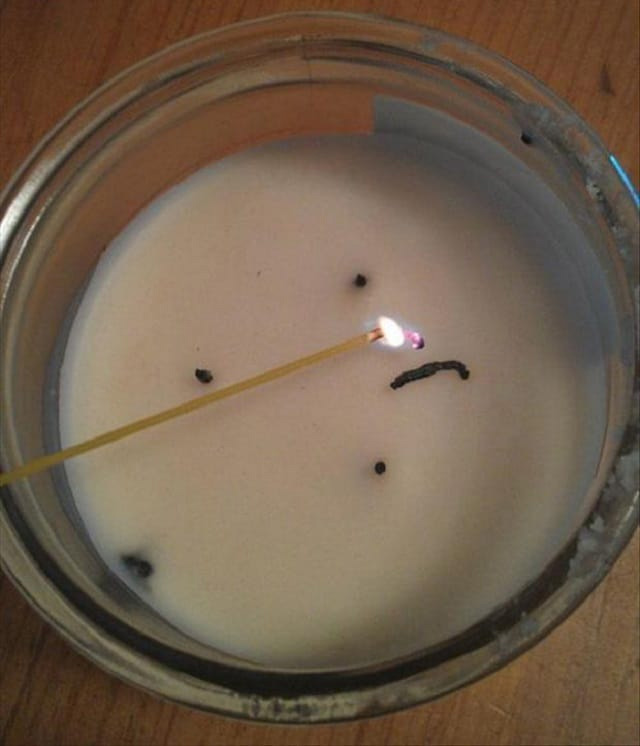 If the lights are out and you can’t find the matches to light a candle, you can use uncooked spaghetti. Works like a charm! 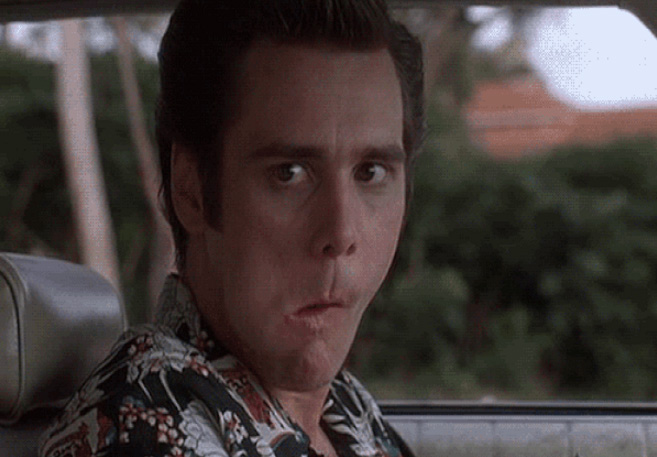 If you are an emotional person like me and can’t help but week every time you need to cut an onion, do this: chew some gum while cutting them. This usually forces you to breathe through your mouth and that minimizes the chance of your eyes being irritated.

Can you hear me now? 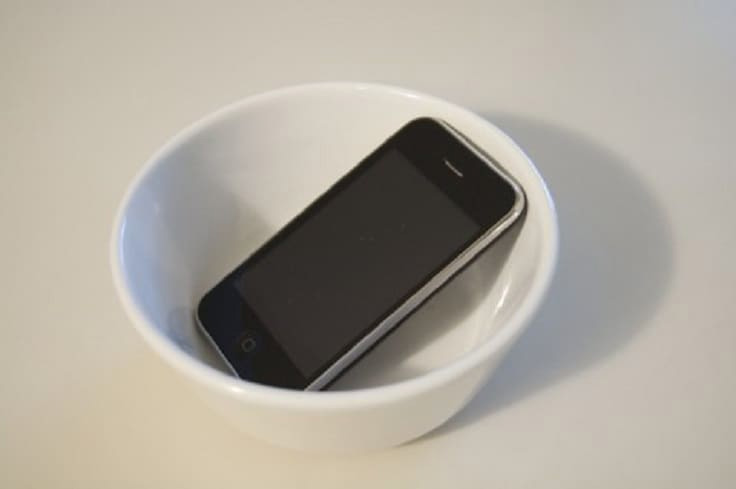 Did your wireless speakers run out of battery! Don’t worry! Placing your phone into a bowl will make the sound louder. Why? Well, the sound from the phone is omnidirectional (that means, it freely goes into all directions) when suspended into the air. Placing it in a container will force the sound to travel all together into one direction, making it “louder”. 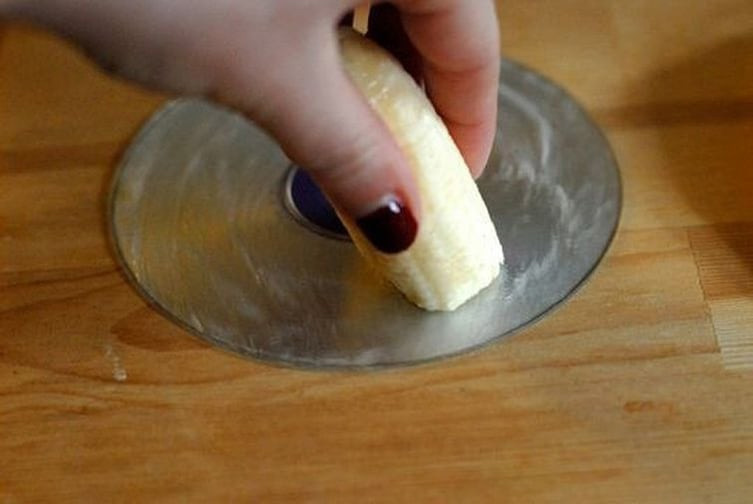 If you still use CDs or DVDs you know that scratches are the bane of their existence. An easy way to get rid of superficial scratches is to cut a banana in half and rub one some of it around the disc. Then use a damp cloth to clean the disk and if needed, repeat. For bigger scratches, toothpaste also works. 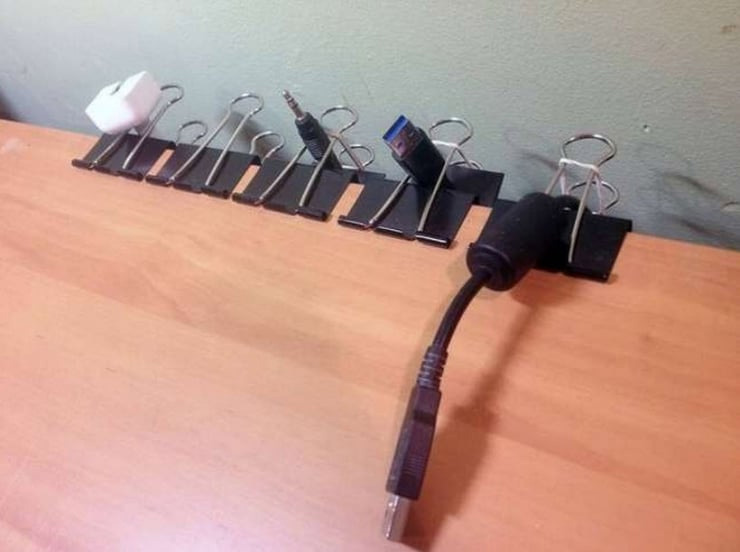 Binder clips are some of the coolest gadgets around. Are you having a hard time keeping all your cables organized at your desk? All you need are some binder clips! Simple place them on the edge of the desk and use them to keep your cables from falling off the floor every time you disconnect them. 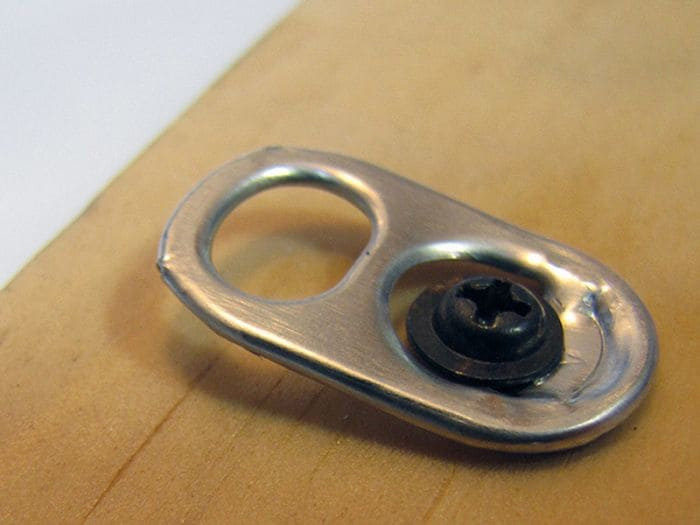 If you have a frame or something to hang on the wall and have no way to do it, you can use a can tab and a screw to use as a hanger. Works like a charm. 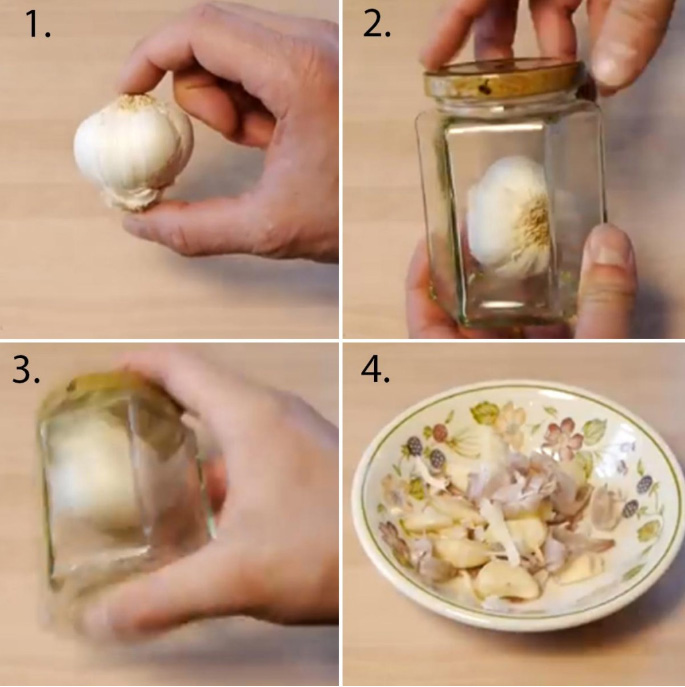 If you hate having the smell of garlic in your hands after peeling them, there is a quick and easy way to peel them without touching them. All you need is a small glass jar with a lid. Get the garlic in there, close it, and just shake it off. By shaking it enough you will make the garlic fall apart, leaving the cloves ready to be used.

Tea bags to the rescue (once again!) 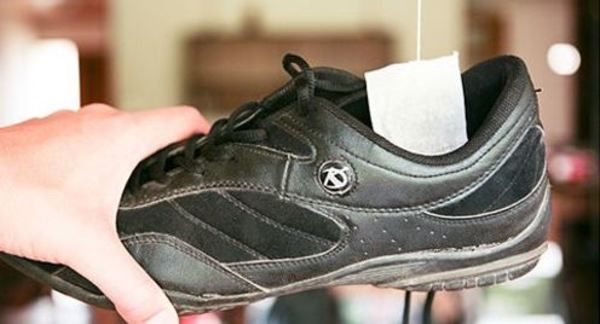 We already saw how placing tea bags in your fridge can help you get rid of unwanted odors there… but did you know you can also apply this to your shoes? Leave a tea bag on your shoes whenever you’re not using them and they will absorb any weird smell on them. Nice! 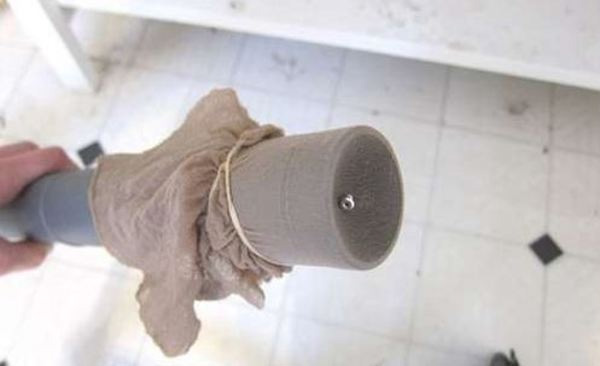 Did you lose something small and need to find it ASAP? If you have a vacuum and some stockings, you can put the stockings over the vacuum hose and try to vacuum it out. The suction will make the small object fly into the vacuum and the stocking will prevent it from actually going into the hose.

If you’re in the car and have nowhere to leave your cup, a weird but easy hack is to use a shoe without heels, like sneakers, loafers, etc. We know, it sounds weird but it actually works! 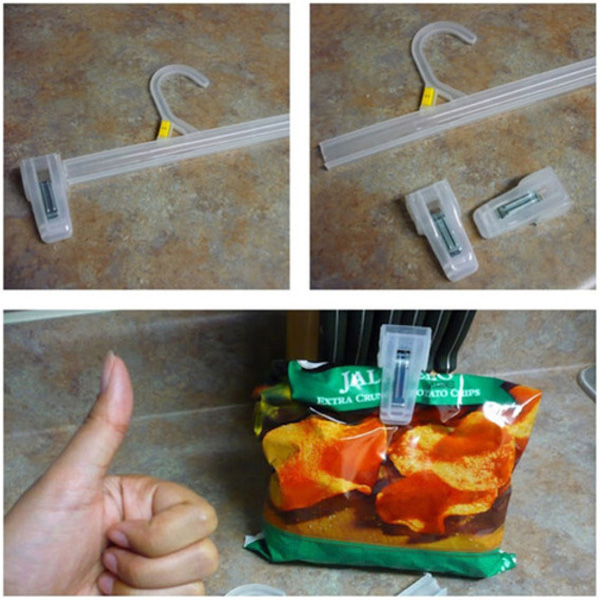 If you have some of those old plastic clip hangers (the ones used to hang pants, usually), a neat trick for the ones you don’t use anymore is to cut the clips away and reuse them around the house. An excellent example is to use the clips to seal opened bags of chips. Who knew!

The secret is out 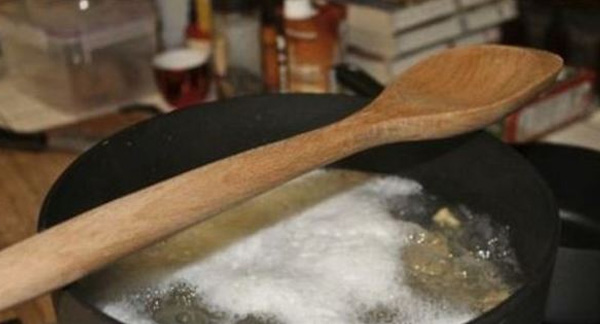 One of the best kept secrets (well, no more, but it works!) in the kitchen is to keep the wooden spoon on top of your pot when boiling something. If the contents start to boil up too high, the spoon absorbs some of the heat and will pop some of the bubbles, keeping everything under control at least for a bit longer.