Delicious foods that can make you happier - Mundo EN
Health

Delicious foods that can make you happier

Our body needs energy and nutrients to function properly, if we have a balanced diet and a healthy lifestyle, consequently, we feel good and our mood is going to improve. It is really important to include foods that contain nutrients such as calcium, iron, omega-3 acids and all kinds of vitamins.

Our cognitive system regulates our mood so eating foods with certain nutrients help maintain a normal brain function. We’ve made a list of the best and most delicious food that can make you happier! 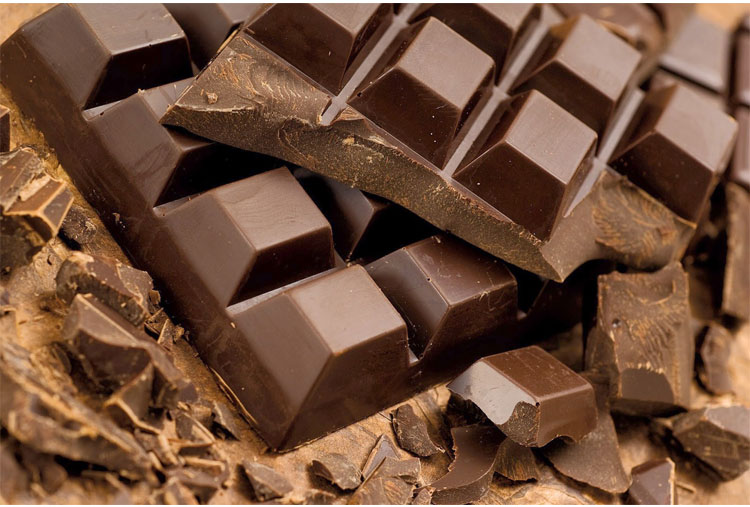 Who doesn’t love chocolate? It is a delicious treat with many benefits, such as improving the blood flow to the brain, which helps us concentrate more. Chocolate also produces endorphins that help us feel good and boost our mood. 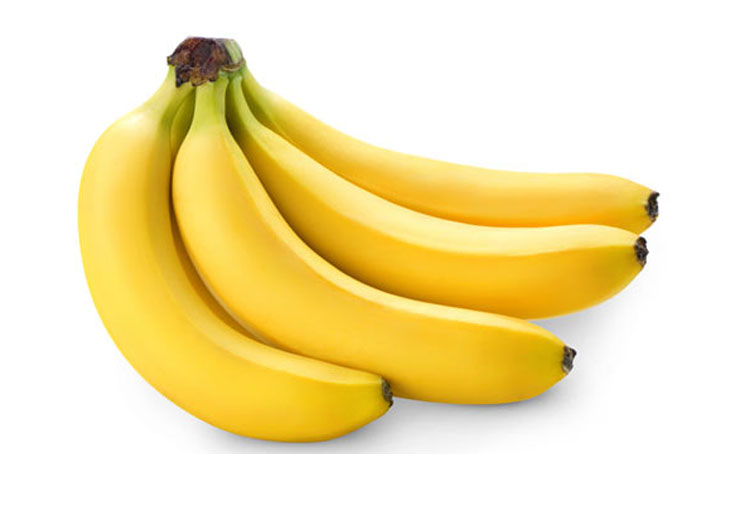 Bananas have a combination of vitamins A, B6 and C, potassium, protein, and carbohydrates. Drinking a banana smoothie every morning is a great idea to include this mood-boosting fruit in your diet. 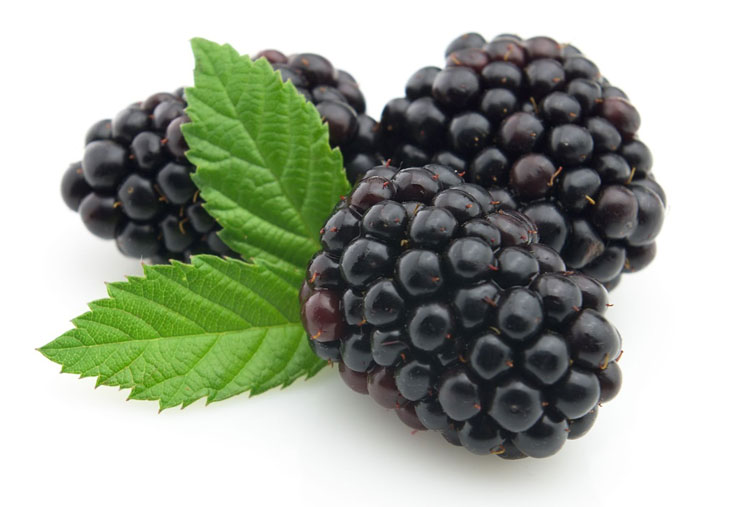 Blackberries contain many medicinal properties to prevent the degeneration of cells, and the antioxidants and flavonoids help prevent cardiovascular diseases. They also have a high fiber content that gives you the energy boost you need! 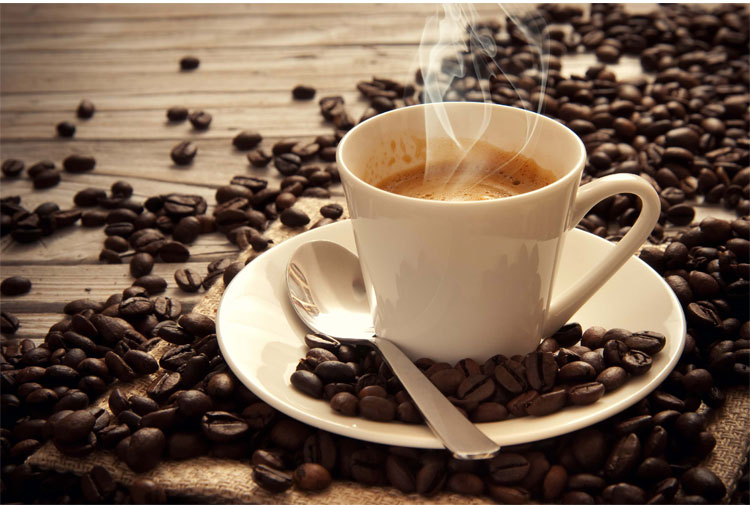 This is good news for all the coffee lovers! According to a study called “Archives of Internal Medicine”, if you drink two to three cups of coffee every day, you are 15% less likely to develop depression. Now you have a good excuse to keep on drinking coffee! 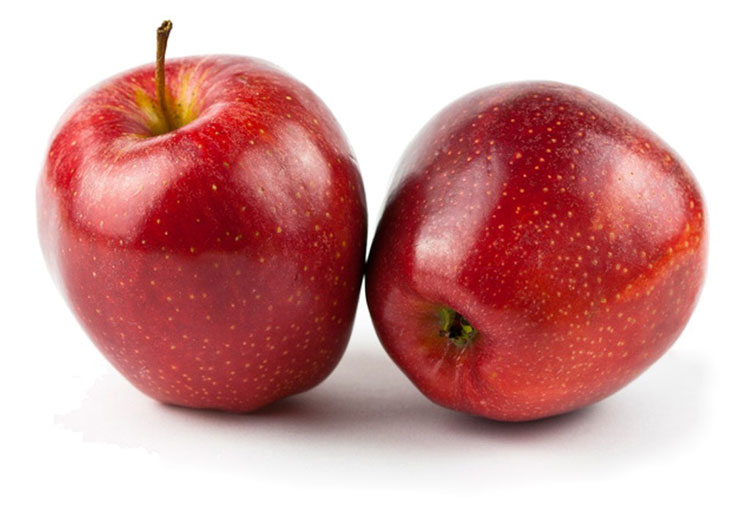 We have all heard the famous saying “An apple a day keeps the doctor away”; well, they also keep the bad mood away. Apples are full of quercetin, which is an antioxidant that helps boost your mood. 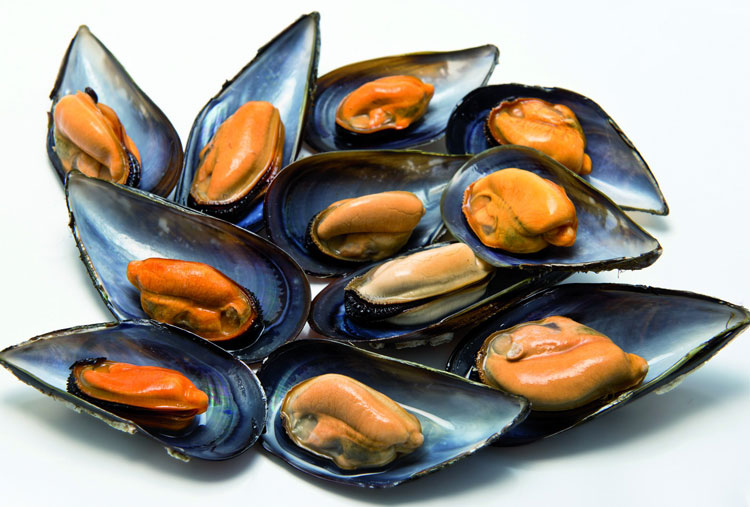 Mussels contain a lot of vitamin B12, which helps insulate brain cells and keep them active; also they provide protein and iodine that regulate the thyroid gland. This is the perfect seafood option for you to keep a good mood and a healthy weight. 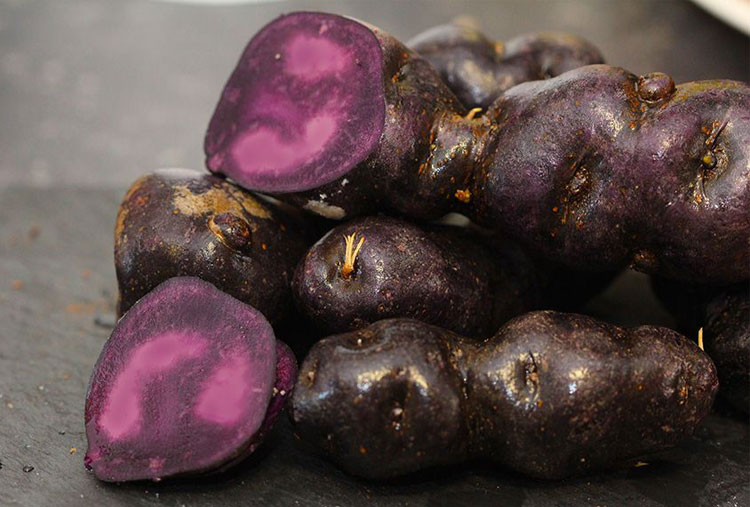 Blue potatoes can help reduce inflammation that can lead to bad moods, and they help improve your short-term memory. Many people think they taste different than normal potatoes, but they don’t, so this is a great option for you! 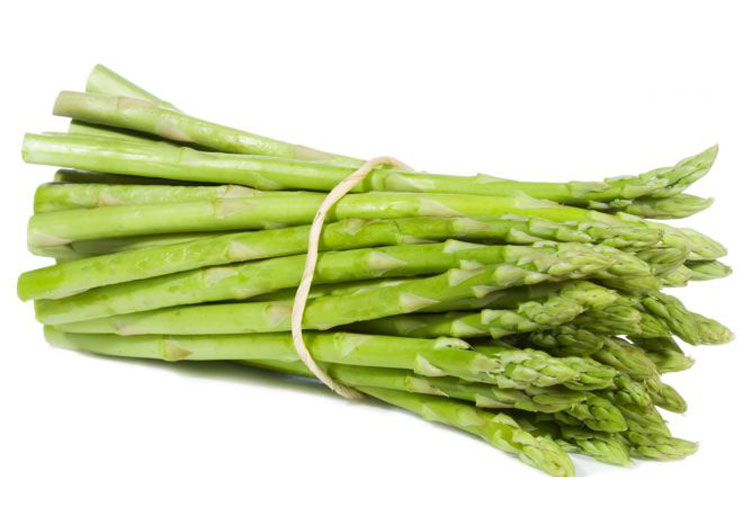 Asparagus contain amino and folic acids that the body needs to fight depression. This delicious veggie also contains anti-aging properties that help the brain fight cognitive decline. There are many easy asparagus recipes for a healthy diet. 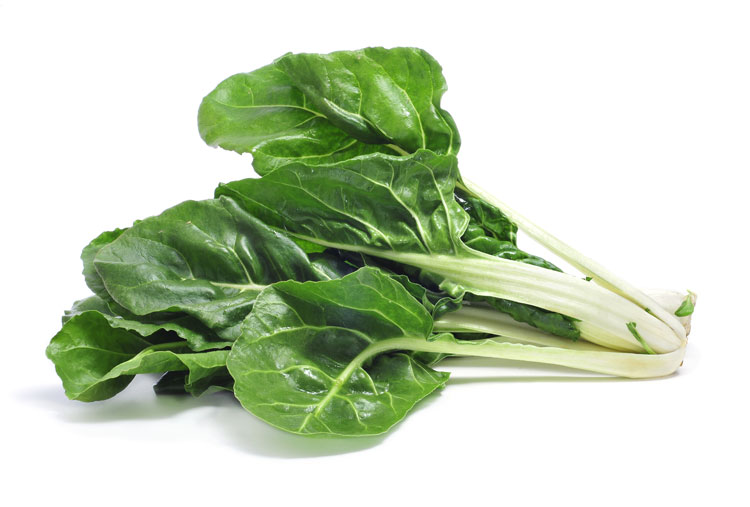 Swiss chard is one of the most nutritious vegetables because it is a unique source of phytonutrients called betalains. This vegetable also provides magnesium; studies have shown that low levels of magnesium are directly related to depression. 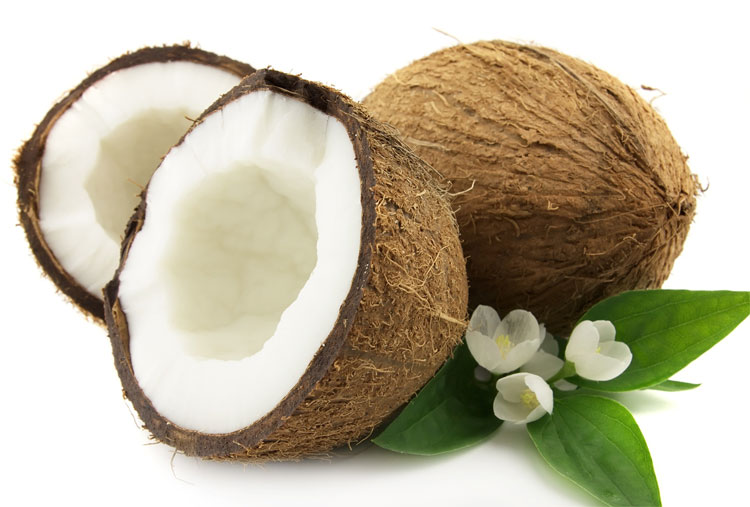 This delicious fruit is a great nutritious source of extra energy and it contains plenty of nutrients that can help you feel better. Coconut also improves heart health because it contains short chain and medium chain fatty acids. 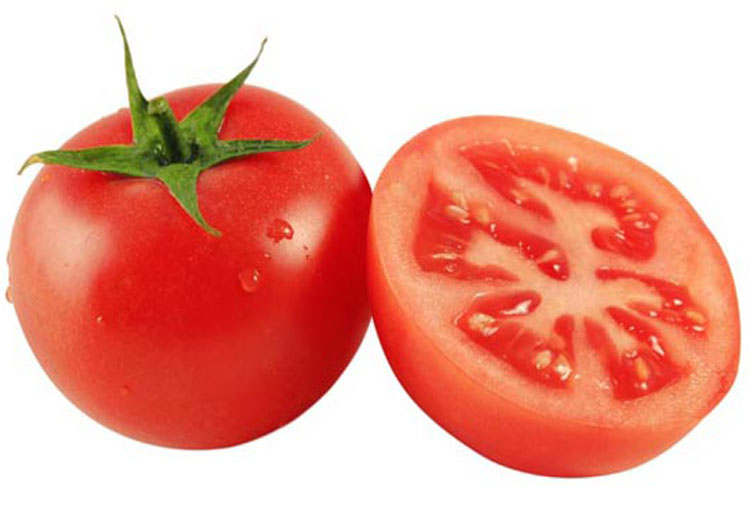 Tomatoes contain an antioxidant called lycopene, which reduces the inflammation related to depression. If you are a fan of salads, you know that there are many delicious ways of eating tomatoes. 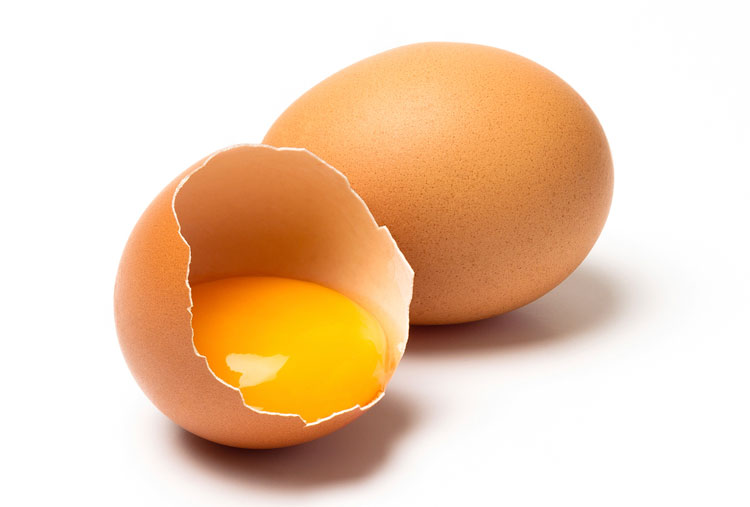 Eggs help you get the energy boost you need. They contain zinc, vitamin B, iodine, omega-3 fatty acids, so eating an egg every day is a great idea. According to a research done by Harvard University, eating eggs can also help prevent breast cancer. 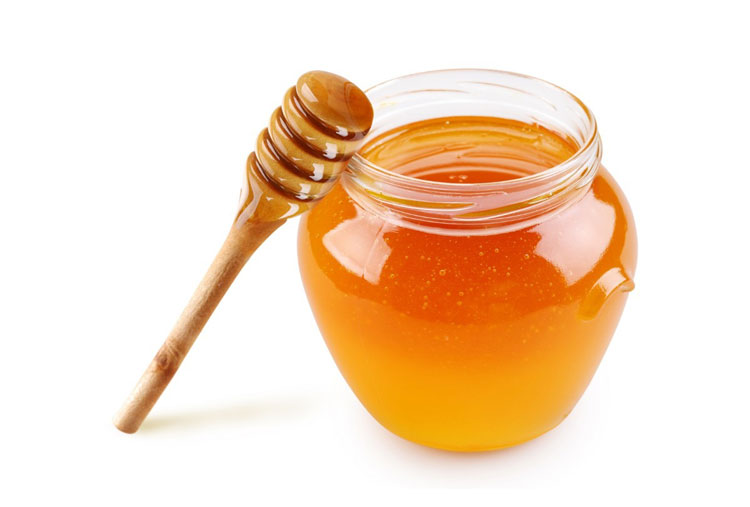 Honey contains natural sugars that provide instant energy and help us fight depression. It also has sedative and pain relieving properties; remember that replacing sugar with honey is a great way to avoid overweight. 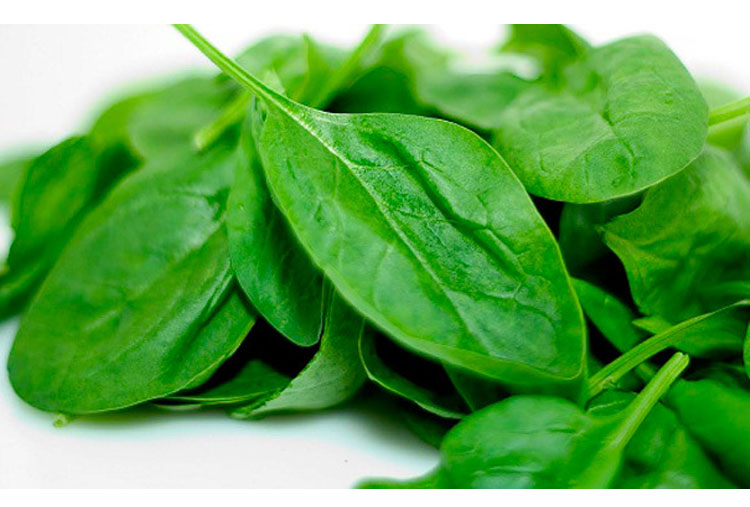 Spinach is an excellent source of nutrients, such as vitamin K, vitamin A, magnesium, calcium, and potassium. It is also low in calories, so it is the perfect food for a balanced diet. It is also rich in phytonutrients, especially beta-carotene, and lutein, which have antioxidant properties that protect us from cell damage. 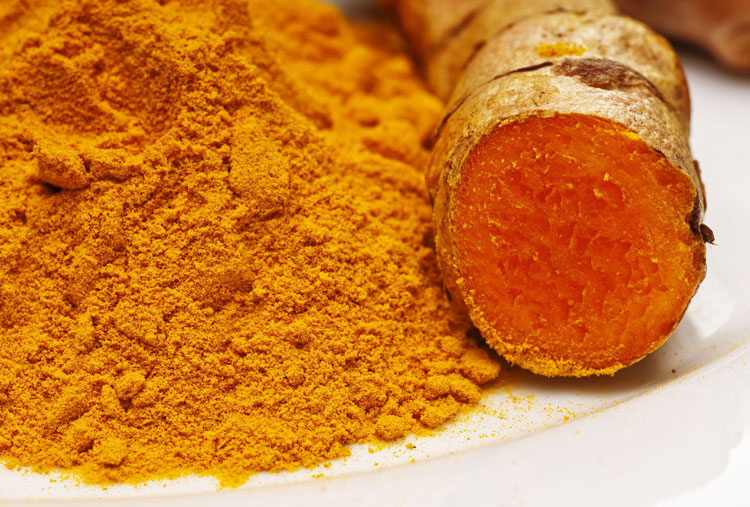 This spice is used to treat depression and many other disorders. Many studies have shown that turmeric can also be used as an anti-inflammatory agent and it may help prevent colon cancer. Turmeric is commonly used in Asian food; it is the main spice in curry. 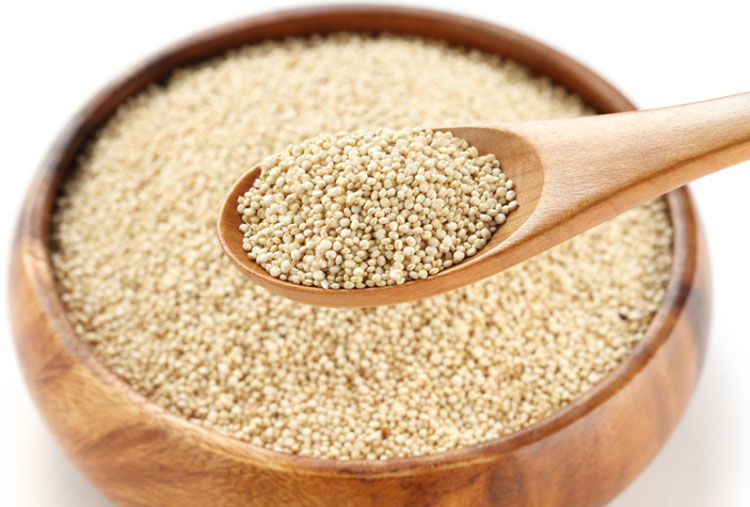 Quinoa is one of the healthiest grains, native to the Andean region in South America; it was considered the “gold of the Incas” because they thought it increased their warrior’s stamina.  Quinoa contains many minerals such as copper, calcium, potassium, manganese and iron. 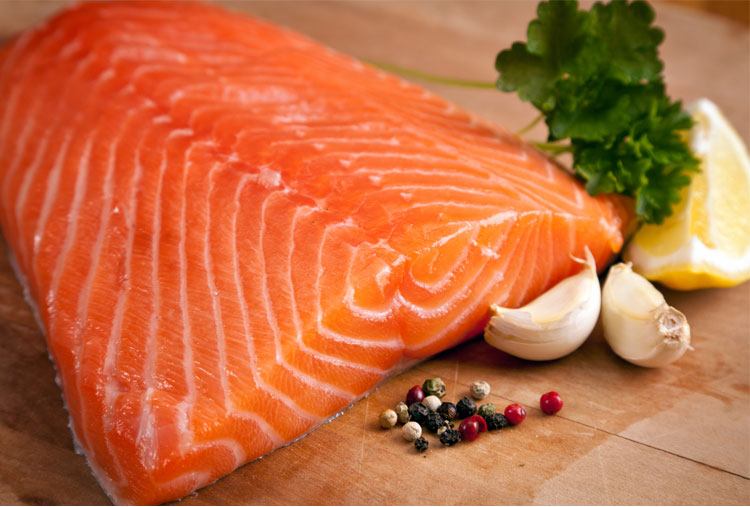 Salmon has Omega-3 fatty acid which can help fight depression and improve your mood. It also contains vitamin B12 which helps produce serotonin. This neurotransmitter is responsible for providing us a sense of wellbeing. 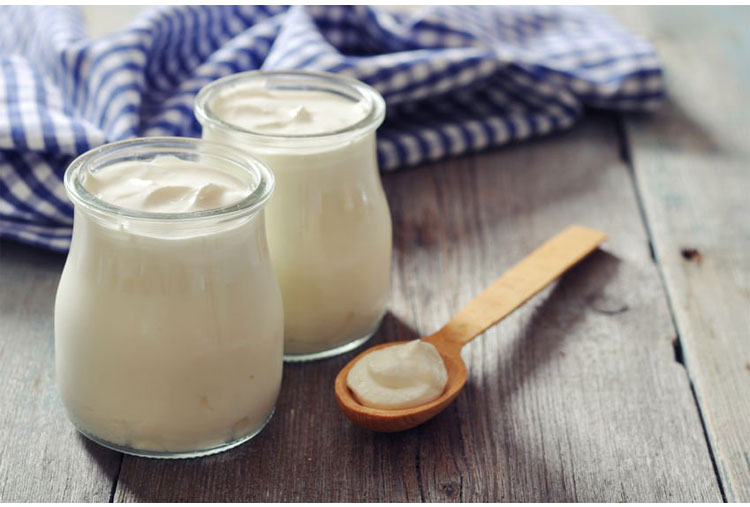 Greek yogurt provides calcium which helps stimulate the brain's neurotransmitters that make us feel happy. It also provides plenty of protein which is vital to cell growth, building muscle, and repairing tissue. 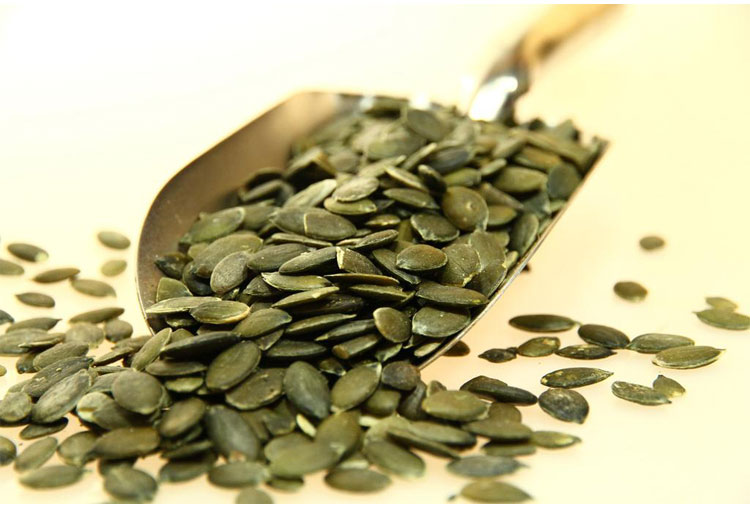 If your body does not have sufficient amounts of phosphorus, zinc and magnesium, you tend to suffer from headaches, insomnia, nervousness, and fatigue. Pumpkin seeds are rich in these components, especially magnesium. 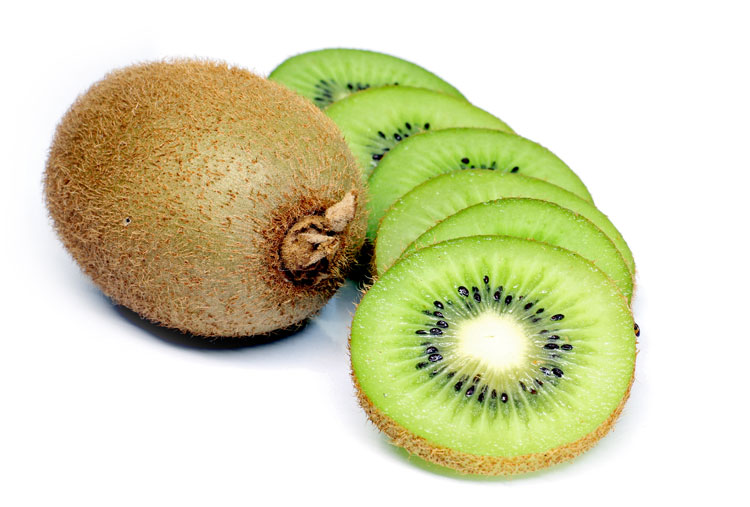 This delicious green fruit contains Vitamin C which helps maintain a number of enzymes in the body that enhance the levels of metabolic energy and different neurochemicals in the brain. Eating two kiwis every day keeps an optimal level of vitamin C.