The universe is an extraordinary site that may offer images of unique beauty. Unfortunately, we are tiny creatures who hardly we can explore all those beauties offered outer space.

However, if the reality was another and we had the opportunity to see up close to the planets of the solar system, as we see every night the Moon, what would it be? 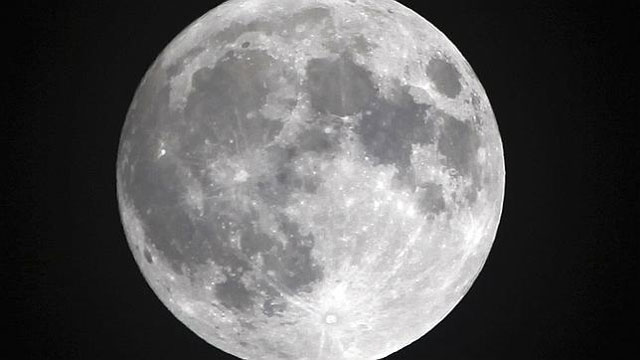 The moon, known since ancient times as a symbol for all things related to emotions, cycles, and mystery, reflects sunlight into the night sky. The full moon is thought to be an especially powerful, when emotions and tides run high. The inspirational beauty of the moon is also more evident at this time.

Let’s start with the Moon. We’ve seen this before, but it’s a great place to get a frame of reference for the rest of the planets we’re about to see. Now imagine you’re driving along at night and you see this… 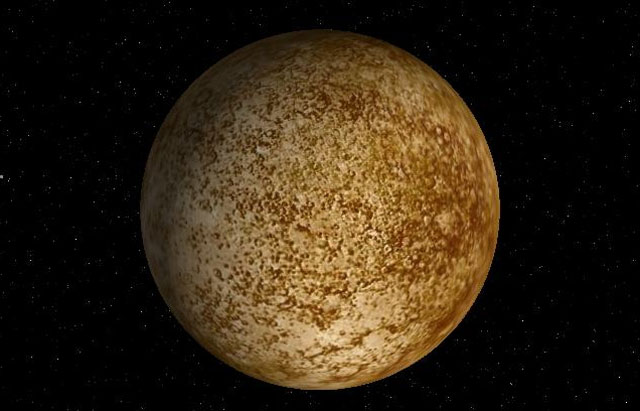 Not too different from the Moon, right? Mercury’s the closest planet to the Sun and the smallest as well – it’s not really going to stick out in the night sky. The other planets are where it starts to get interesting.

This planet inspired philosophers of old to name it as a regent of communication, trade, and friendship. Mercury, nearest planet to the sun, makes a complete orbit approximately ever 88 days. It is only slightly larger than the earth’s moon, but no less magnificent to star and planet watchers. 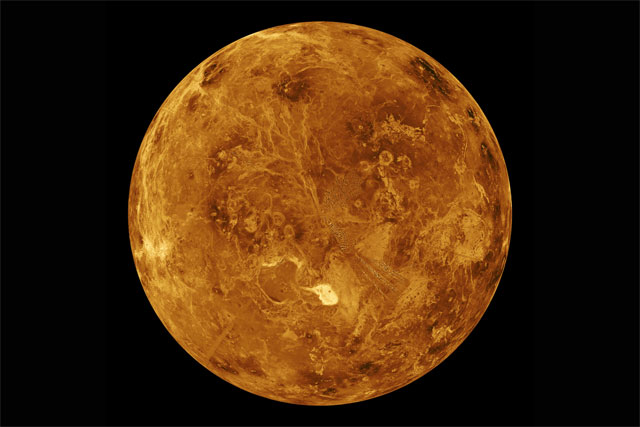 Venus is the second planet from the sun, and is thought to be the earth’s twin in size, mass, and density. If you’ve heard Venus referred to as the “morning star” this is because older researchers believed Venus was in fact two stars: one that shone in the morning and one in the evening.

When you put bright, hot Venus the same distance away from the Earth as the Moon is, then you start to feel like you’re on another world! It’s a beautiful and majestic sight – but what about the rest of the planets? 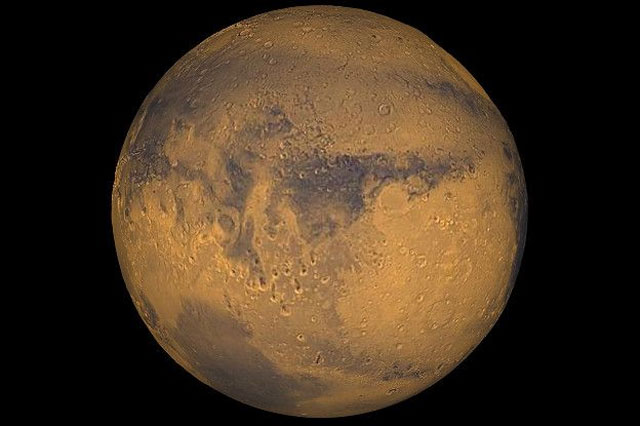 It’s not difficult to understand why this large and ruddy planet was associated with the deity of war. Mars is the fourth planet from the sun. Mars was even dubbed the fire star by Chinese astronomers who noted the red planet’s vibrant color. This reddish hue is due to it’s iron rich content which lies in dust over the surface.

Red Mars takes us back to planets that don’t look too different from the Moon, but this planet, named for an ancient god of war, would make for quite a sight in the night sky. Let’s start to look at the gas giants, though… 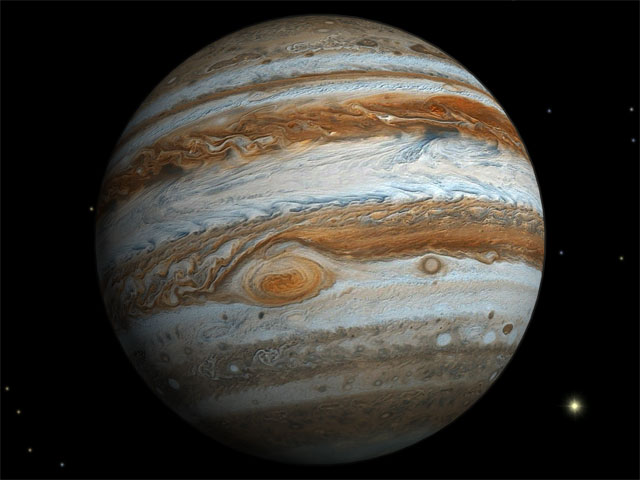 This gas giant is the largest planet in the solar system. It’s mass is one thousandth of that of the sun. It is mostly made of hydrogen, although other gases make up it’s composition. Turbulent planetary storms have resulted in a giant red spot on the surface of this giant planet. It is orbited by 67 moons.

Wow! Jupiter is the largest planet in the solar system, and if we were this close to it, it wouldn’t be our moon – we’d be its moon! Bright and beautiful, Jupiter would be a sight to see in the night sky. 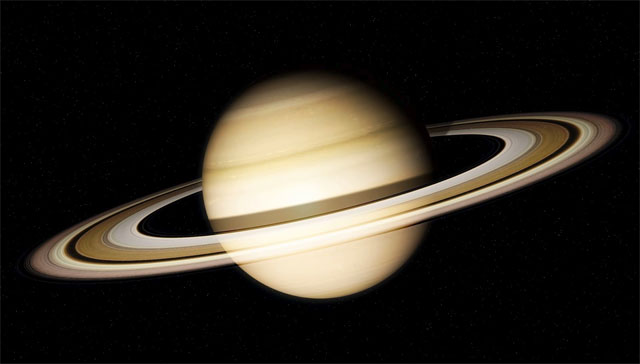 The second largest after Jupiter, Saturn is known as the ringed planet. The pale yellow planet is thought to exhibit the coloring of the ammonia crystals present in it’s atmosphere. It’s nine rings are composed of ice particles and other debris. This planet has 62 moons, only 53 of which are named.

Jupiter may be big and colorful, but a lot of people call Saturn the jewel of the solar system, and for good reason. The rings would be a sight to see from Earth if Saturn were this close to us! 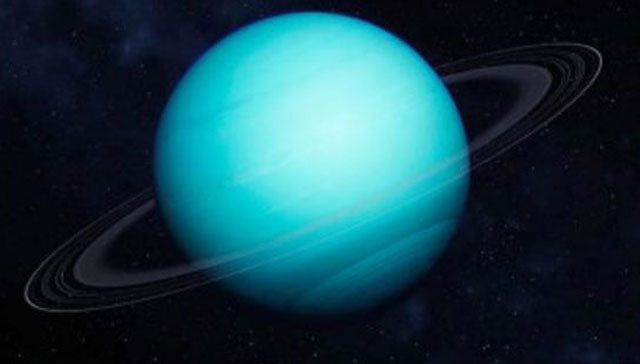 While sitting seven planet from the sun, this planet is no less visually striking than our other planets. It is a newly discovered planet, being officially named in 1781 by Sir William Herschel. This planet was previously recorded in Ptolemy’s Almagest as a star. It’s name is derived from Greek mythology rather than from Roman.

Uranus offers us a different kind of beauty, a stark blue against the black of the night sky. It’s another massive planet that makes the Moon look tiny by comparison, but it’s not quite the end of our tour. 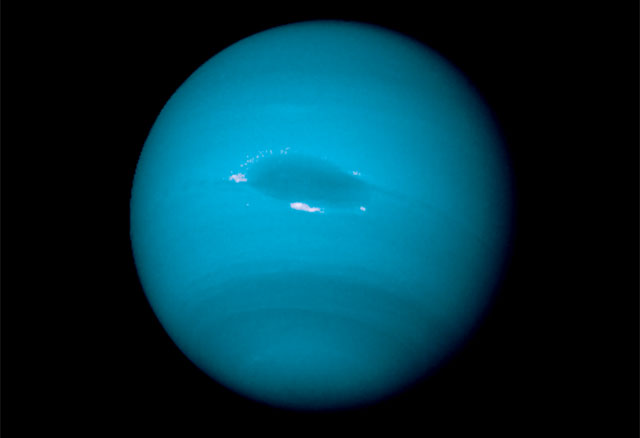 Neptune is the 8th and furthest planet away from the sun. Out of all the gaseous planets in the solar system, Neptune is the densest. It’s blue color is created from the planet’s methane absorption of red light. This planet is also noted for it’s active and visible weather patterns, unlike some of the other hazier gaseous planets.

The Great Blue Spot of Neptune would be a sight to see from this close – it’s too bad no one’s ever seen it this clearly in person! These planets might be dizzying if they were so close and large in the night sky, so we’ll stick with the Moon for now. 419-6000 Betina Guerrero