11 amazing photos of cartoon animals in their real-life version

Animals from animated films that we’ve all seen, make us believe that cats and dogs can be friends or that a lion and a warthog can get along pretty well. Some people have seen many times in real life a version of this cartoon characters

This theory that the characters might exist in real life, has been demonstrated by these pictures. Check them out!

The Fox and the Hound 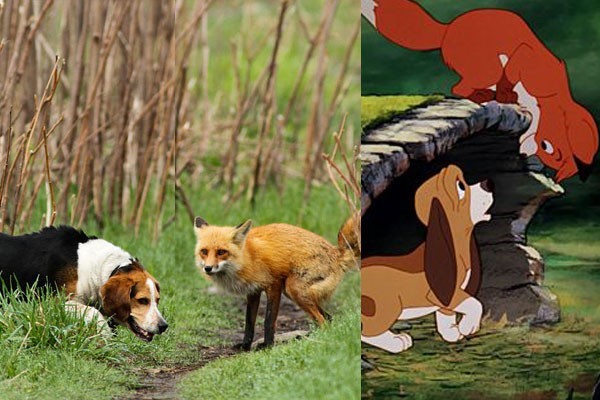 One of the strangest friendships is the one between a Hound and a Fox. In real life, they have also been spotted spending time together. 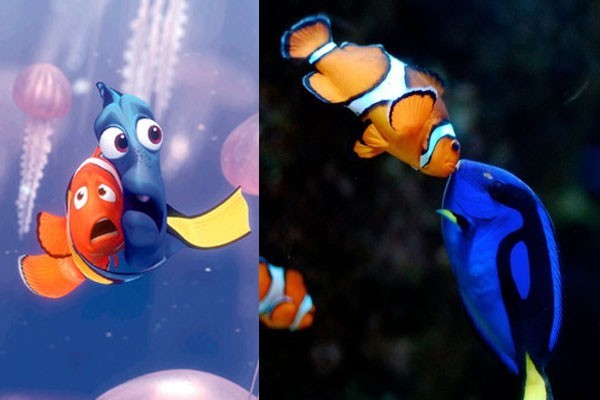 Dory and Marlin may have had a great adventure in the deep sea during the 'Finding Nemo' movie but they still goo friends in real life. Check out this photo taken by a diver. 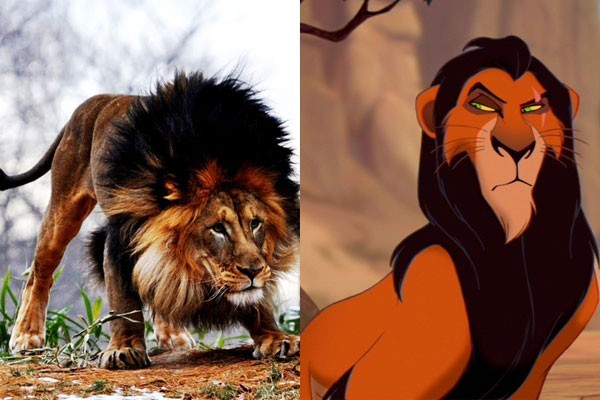 Scar is the villain of the film The Lion King, who kills Mufasa and it seems that there exists a lot like this lion. 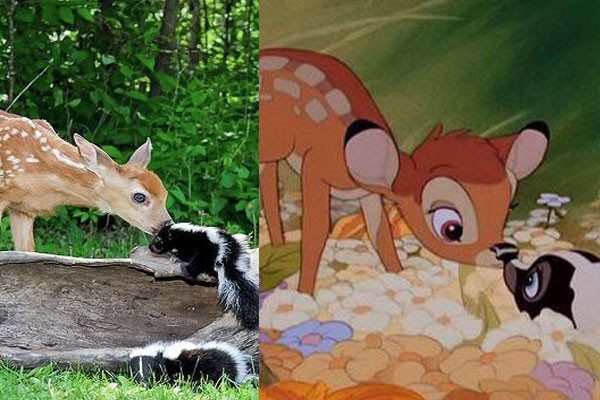 Bambi had a friend named Flower, who was a skunk, although it seems impossible that this was reality, here is a photo showing that they are actually friends. 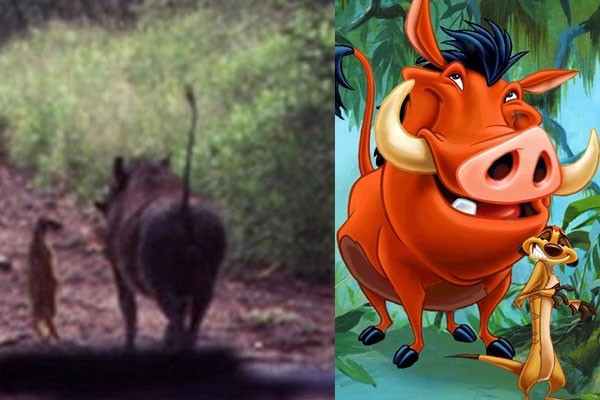 One of the most amazing and acclaimed television friendships is the one between Timon and Pumbaa. What nobody knows is that in real life, they also exist. 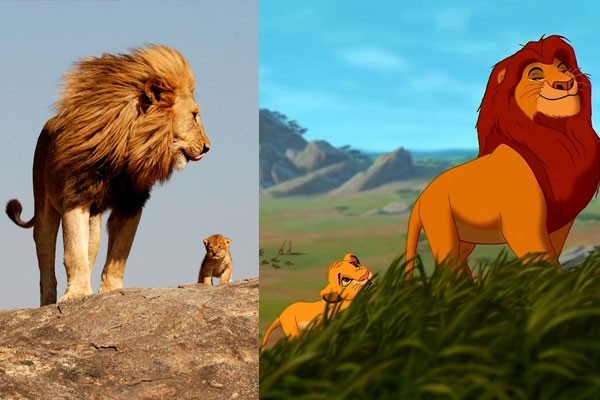 The movie Lion King has many beautiful scenes of Mufasa and Simba, which have been recreated by Lions and their pups in real life. 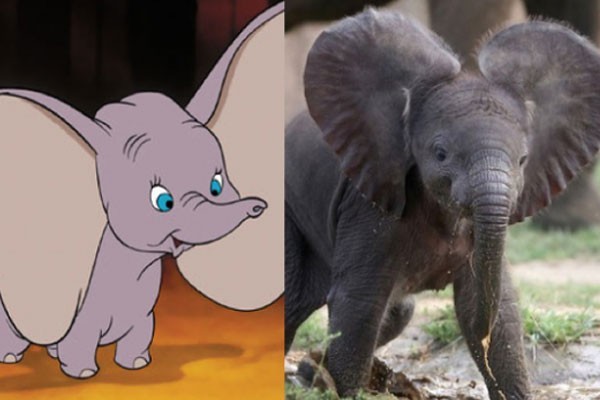 Although any elephant might look like Dumbo, this one has something special that makes it identical to Dumbo, his big ears. 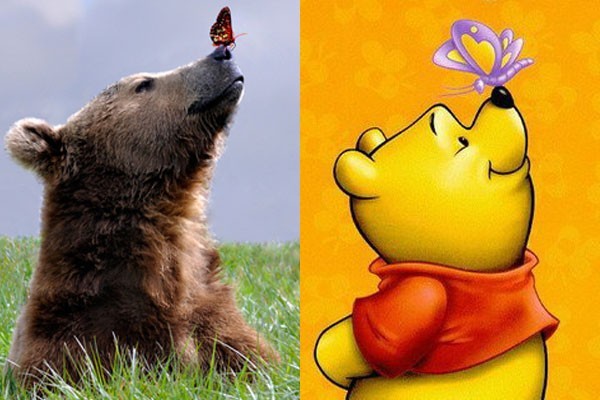 One of the cartoons we all saw as children is Winnie the Pooh, a bear who loved honey and his animal friends. Here's the real life bear. 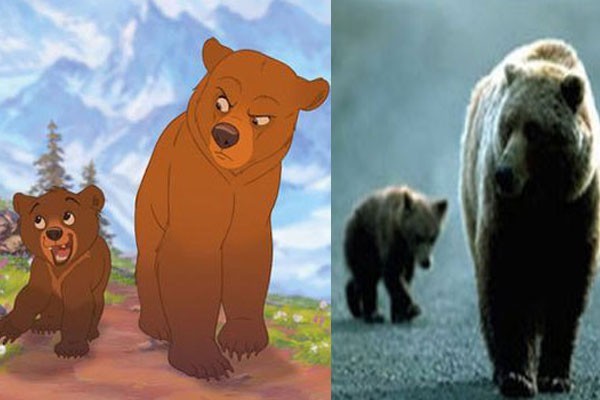 One of the funniest television couples is this pair of bear brothers, Kenai and Koda from the film Brother Bear. This is a picture of them in real life. 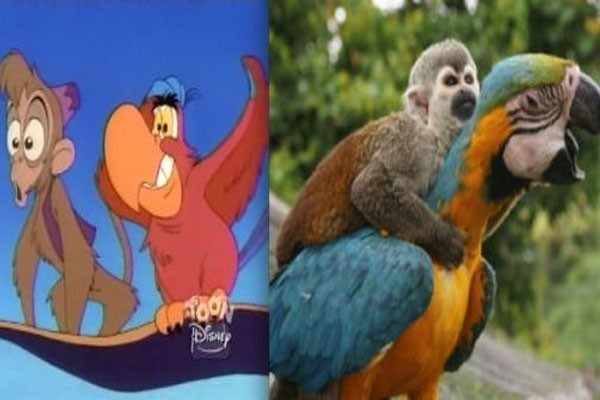 A monkey and a bird as friends? Well, this is a picture of an Abu and Iago from the Aladdin movie in real life. This picture proves they really exist. 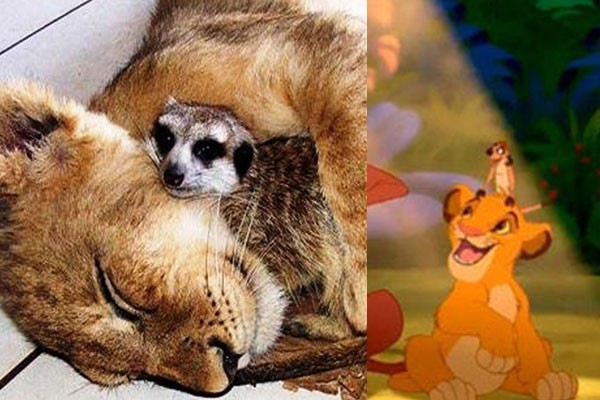 Also as Mufasa and Simba live a similar life as the one that the Lion King movie showed, Simba is also a close friend of Timon in real life.