These Food Hacks will make your kids love everything you cook

Sometimes we are in a hurry and can’t figure out what to cook for our little children. They start complaining because anything is entirely tempting! What to do? Well, here we are going to make your job a little easier.

We are going to list some things your children will definitely love. Of course, this changes with each kid’s likes. Although, they are mostly things they rarely dislike. When you can’t think of anything you should check out this list and problem solved! A great thing you can also do, is printing it and hanging it to the refrigerator. 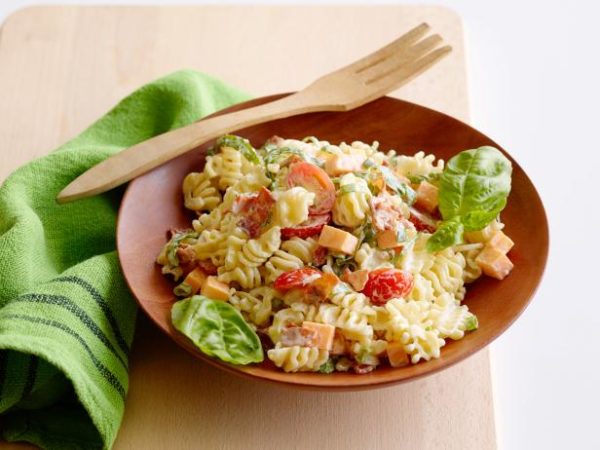 Google.
Try adding noodles to your children salad. That will definitely make it more tempting and less “green” something that make some kids stop eating their food! - you can use a varied range of pasta noodles to achieve this too. 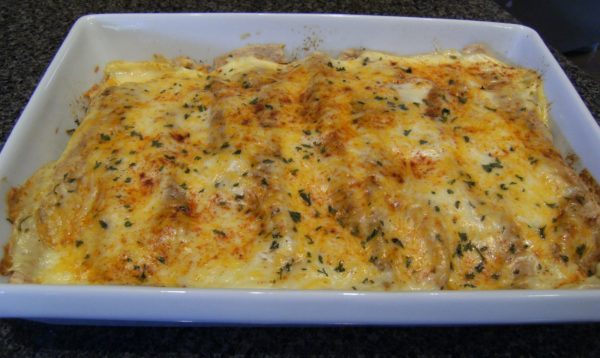 Google.
Try seasoning your chicken to give it more flavor.... and Add cheese if necessary, kids always love cheese and chicken. Maybe if you just boiled the chicken, your children think it’s just something healthy and not yummy! 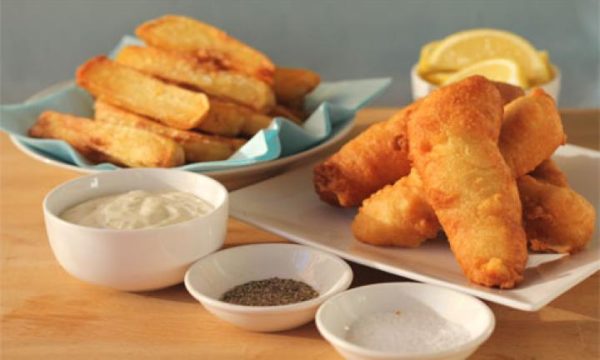 Google.
If they don’t like something, just fry it! LOL. Believe me it’s a great way of introducing some new flavors. Even fish! Fried foods don't always have to be super greasy, and it's best if you do it at home than to take them somewhere else to try it. 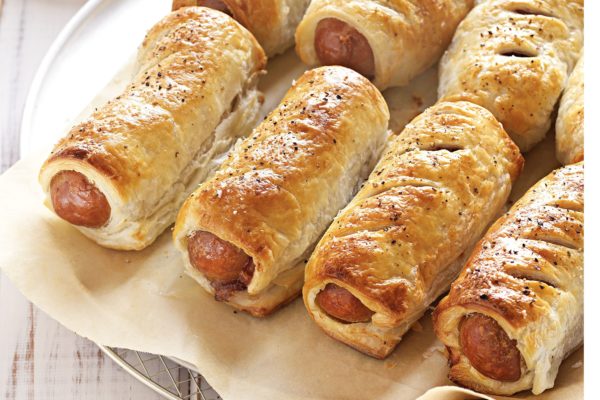 Google.
Sausage rolls are a children's favorite - Easy and quick food to cook. It is of course not the best thing they can eat. However, it’s something that helps you getting out of trouble quick! 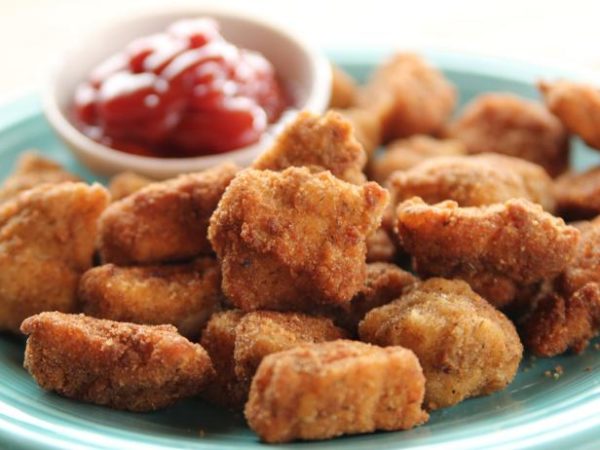 Google.
As I said before, if you don’t know what to do with it fry it. Once again, something fried. This time we are talking about fried chicken. However, you can add a mix of seeds that will probably make it better - why go through the drive-through when you can give them something healthier at home? 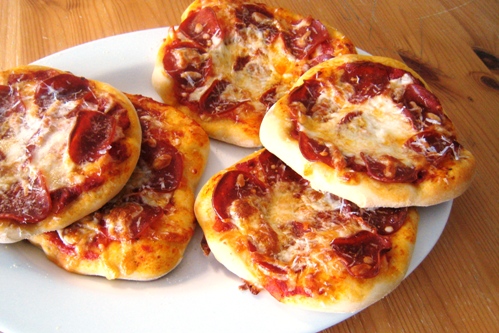 Google.
Smaller pizzas and happier children. They can even help you prepare them and adding all the topics they want. You can invent a healthier version without so much cheese and natural tomatoes. 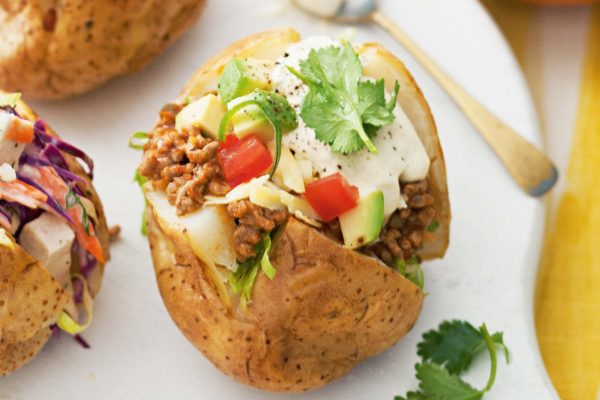 Google.
The quickest and cheapest meal in the world. Put cheese or anything you find inside the potato. Then, put it some minutes in the microwave and voilà! 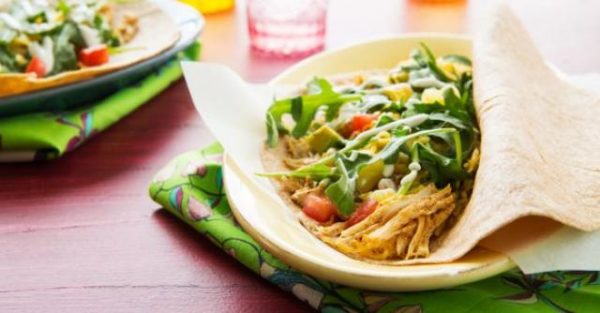 Google.
If you mix it all anything can be THAT bad. Look for healthy things you have on your fridge then seasoned them and put them inside a taco. Add some cheese and again, great meal! 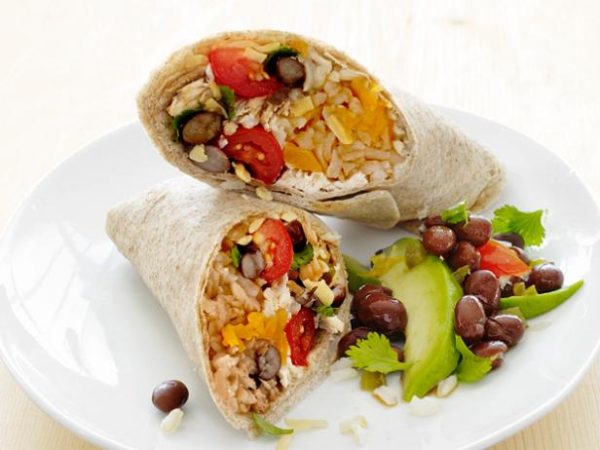 Google.
Wow! You can also add beans to it and chicken. Avocado is a great thing too! It has healthy oils that help your body’s metabolism. 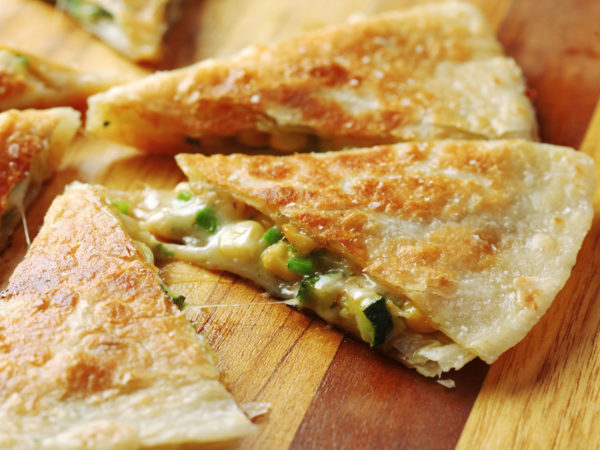 Google.
Great meal to go! You can even eat it cold. Something your kid can take to school for lunch with her/his best ingredients. 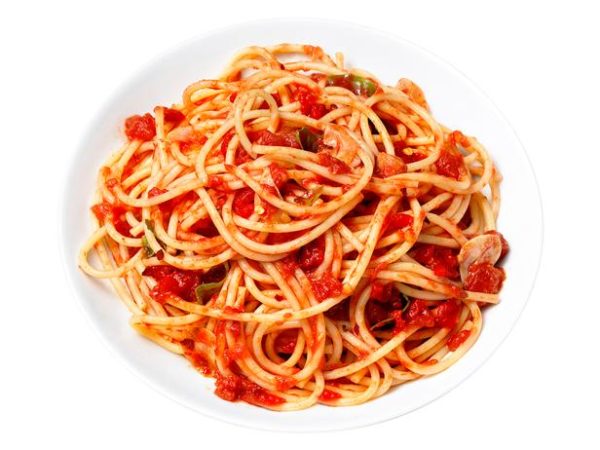 Google.
Italians have the best pasta for a reason. Pasta never fails! Well it actually can fail. However, it’s a great cheap and easy meal. You boil spaghetti, add tomatoes and there you have a great plate! 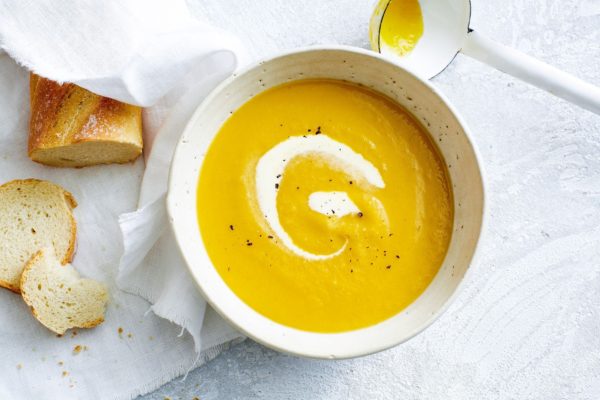 Google.
What could be better than a pumpkin thick soup? I really don’t know. You shouldn’t forget to add some milk and cream finishing with salt and pepper too. Then, you are ready to go! Kids love the flavor and the color of this dish. 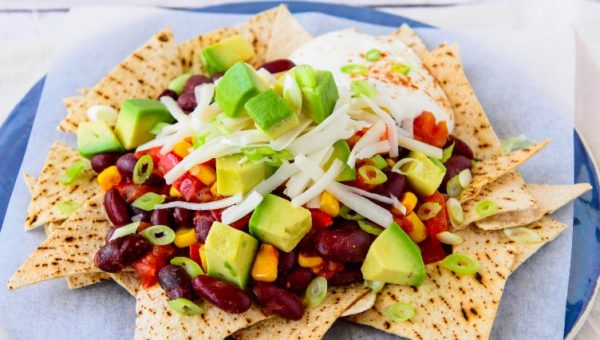 Google.
Nachos does not need to be loaded up with everything you are picturing in your head. Look at this healthier version if it. It is also great, isn’t it? and kids love food they can eat with their own hands. 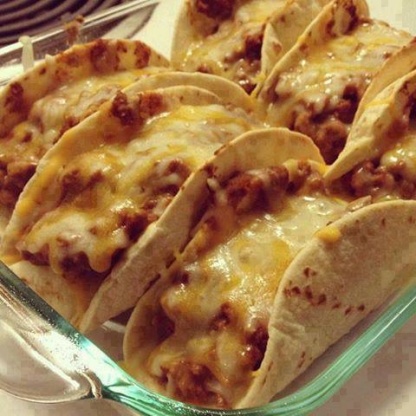 Google.
Sometimes, baking things makes them more fulfilling. That is why I’m proposing you this. If you put some cheese and something else to your taco. But instead of eating it cold you bake it, it definitely looks better! You should try it. 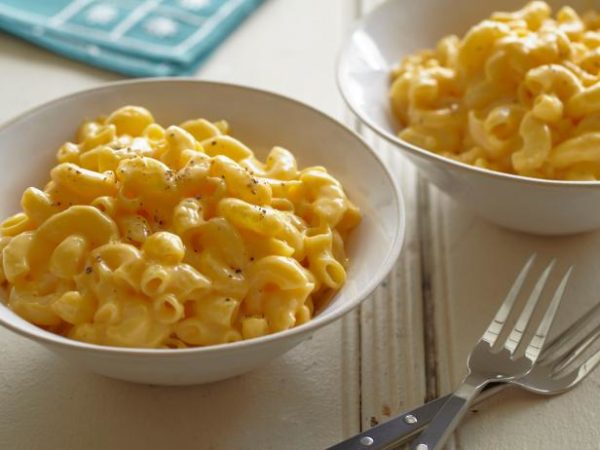 Google.
This meal is one of my favorite ones! Kids also love them. If you want the “healthier” version of it, try replacing the supermarket mac and cheese box and just boil some penne, put cheese and cream on top and you’ll get the same thing but homemade. 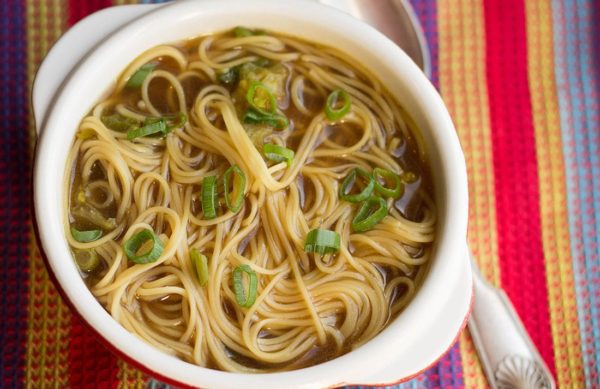 Google.
Not only a asian dish. It’s a great way of mixing some vegetables with noodles and soup. Easy one and a little healthier than others! On a rainy day, or really on any occasion, I highly recommend it. 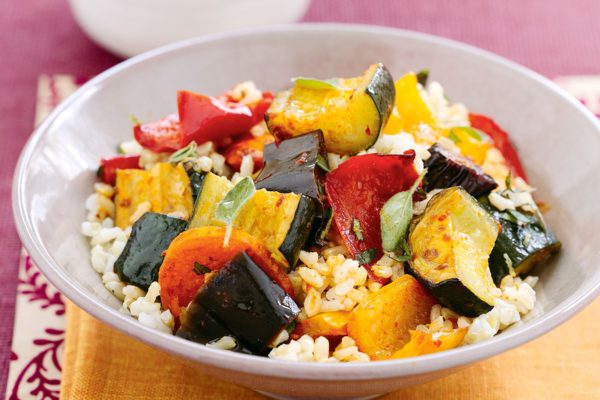 Google.
Sometimes mixing rice with vegetables can keep on looking too healthy for our children mind LOL. Try roasted the vegetables. It helps! You can also season them with your kids favorite seasoning. 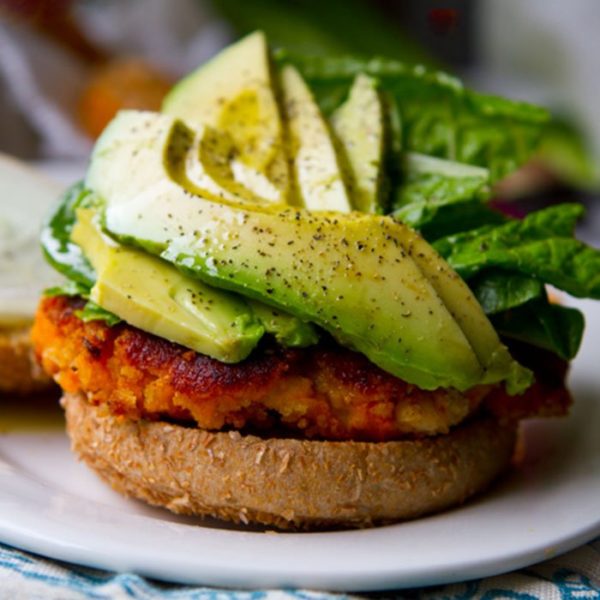 Google.
Try putting just vegetables that are not fried inside their hamburgers. You can also replace fries with a side of rice or baked potatoes. Kids will love it regardless and won't even notice! 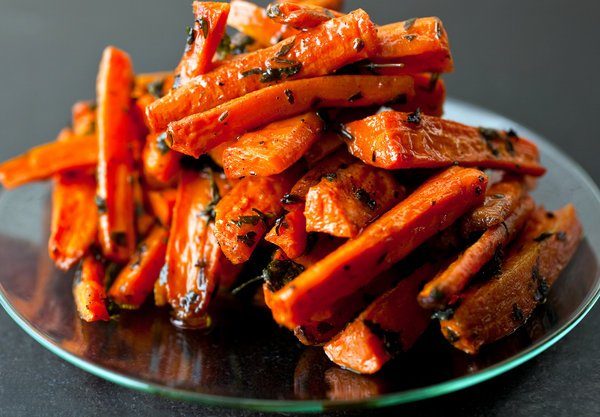 Google.
Kids don’t usually like carrots. However, why don’t you try roasting them? You can also add a little bit of honey and voilà. I can assure you that they at least will be more appealing to them.

Sandwich on a stick 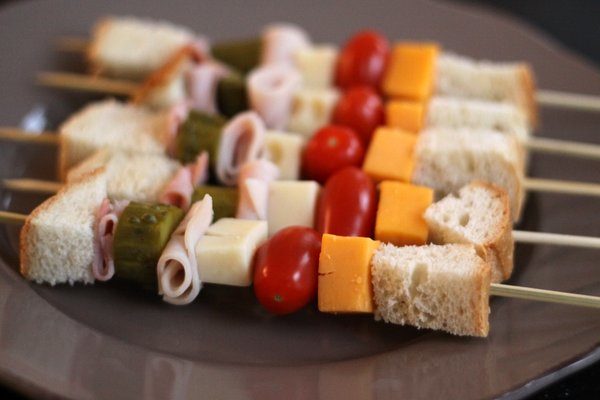 Google.
The funniest way of eating a sandwich. It is a great option for school, tidier and original. They can help you preparing them and will love to eat them later.
Compartir este artículo
Mundo.com