We all love travelling around the world, visiting beautiful places as well as buying new things to bring home. And what about food? Do you like trying new things? Or you are the one that looks for already known flavors?

Here we are going to show you 20 weirdest foods from around the world. Are you ready? I don’t think so. You will not imagine the variety of things people from other countries can eat. Now, they may look bizarre and gross, but that’s what other people think of what we eat, so it’s only fair right? 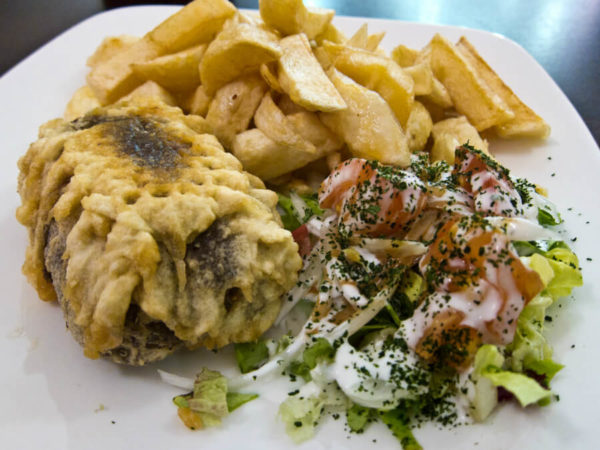 Pinterest.
However this looks really appealing, when I mention what this is all about your hungry stomach will definitely stop being hungry. Believe it or not, this is a sheep’s heart highly seasoned with salt and spices. They say it's super tasty, I don't know if I could eat it though. 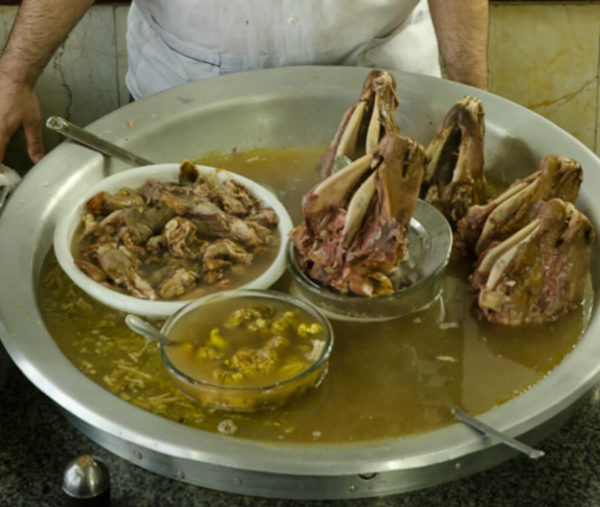 Google
This dish is made out of stewed cows feet and head. If you don’t mind those animals coming out from your plate just starring at you with those dead eyes, you should definitely try it.... if you're into cow's feet and heads, that is. 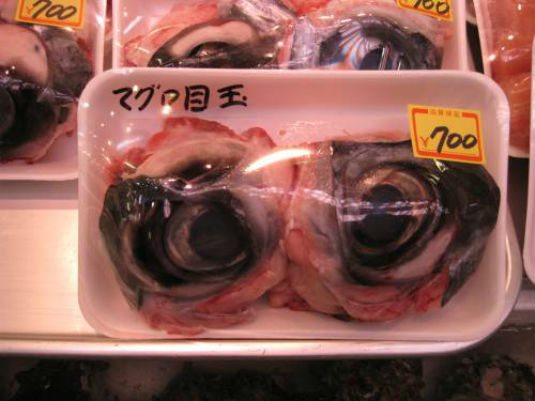 Google
One picture says more than 1000 words. Just look how this food is starring at you. Straight from Japan. It looks like its saying “hi there! Eat me…” People who tried it said it tasted a little bit like octopus but they don't look right to me... 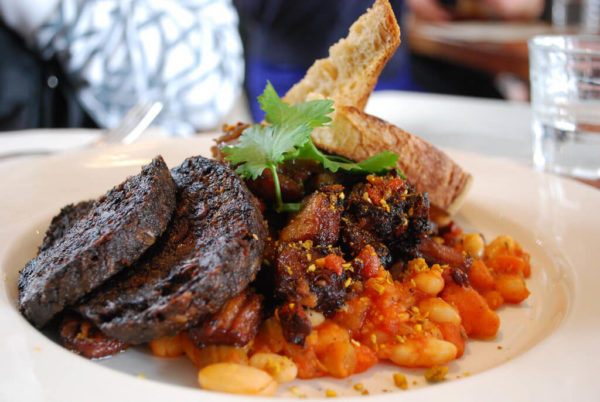 Pinterest.
Everything can be cooked with lots of different other foods so that everything mixed together achieves the right flavor. However, sometimes there are some things that simply has its own flavor. This one for example. It is a frozen blood cooked up with various natural flavorings. This plate is very known around Europe. 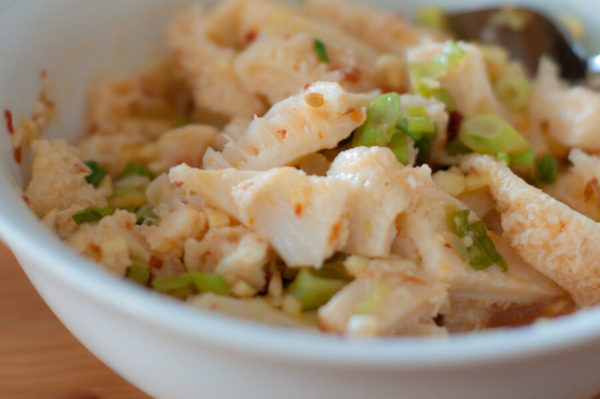 Pinterest.
This is from all over the world. Has a spongy texture that’s far from being inviting. It’s also highly seasoned. However, I can’t even think of eating something like this. It’s made of the stomach lining of various animals. 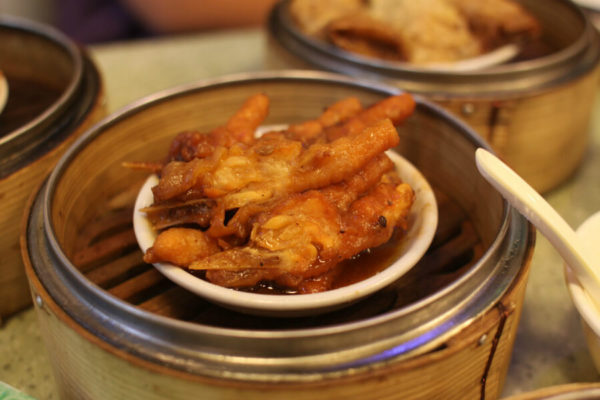 Google.
Would you eat this? I definitely would not! It is apparently a little gelatinous in texture which makes it less tempting to me. Imagine eating this part of the chicken? I don’t feel like it’s even good for my own health. This plate is very known in South Africa. 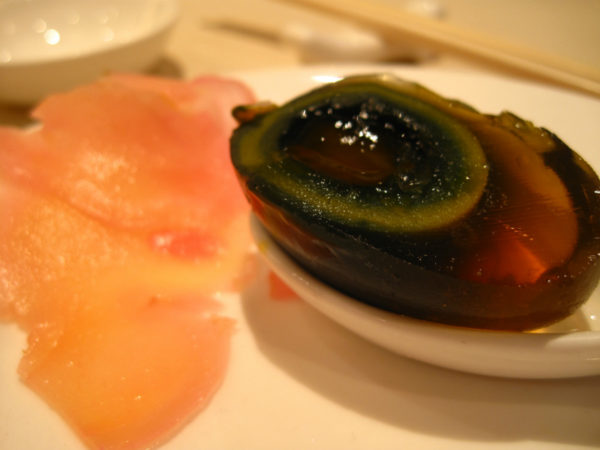 Pinterest.
Again a rotten thing. In this case, a rotten egg is what we are talking about. Supposedly it tasted like hardboiled eggs. However, I would never even try this. I mean people, I'm not sure it's sanitary to eat rotten food? What do you think? 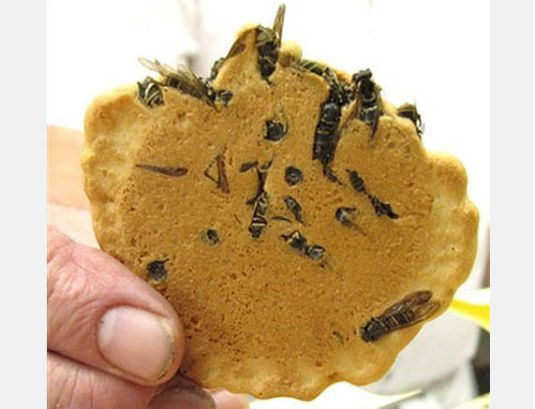 Pinterest.
Instead of blueberries you have wasps! This is eaten in Japan. I can’t imagine Japanese children asking for a wasp cracker. I mean, they always sting, not like ants or other insects …these, are the ones you eventually tend to avoid, how can you eat them? At least they're harmless this way. 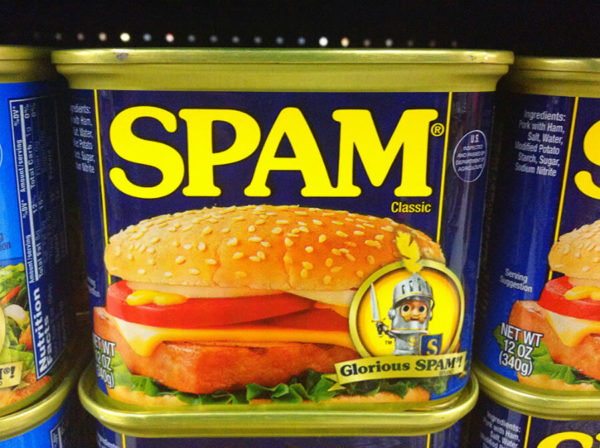 Google.
Who knows what is it really in there? It’s well known around United States and it is supposed to be made out of chopped pork and shoulder meat. It does not sounds tempting at all. However, who knows perhaps is suddenly made from the best things in the whole world. Just a mystery! 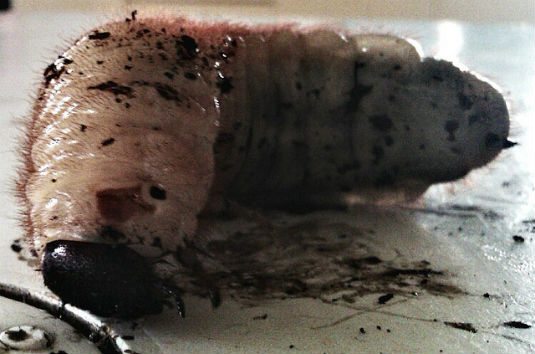 Google.
This one is a bit hairy... no, seriously. How can people eat something that still has hair? Weird. Well, in this case we are talking about Australians. They usually eat it raw or sometimes cooked. If it’s cooked, it’s crunchy like grasshoppers, if they are not there texture is more like boiled eggs. 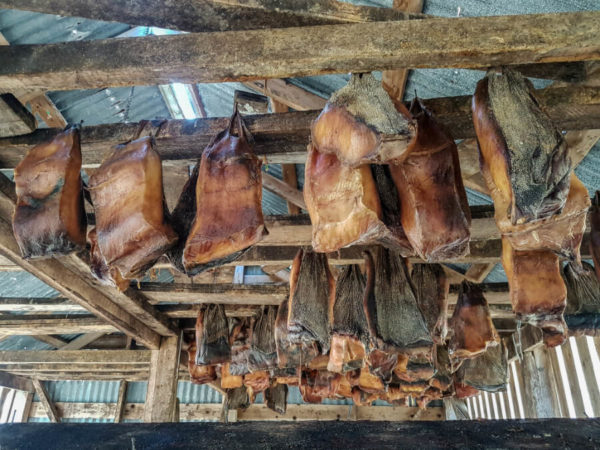 Pinterest.
Even though they definitely do not seem to be carcasses, they actually are. Not only carcasses they are rotting carcasses! Yes, what you read.  It was described by Anthony Bourdain as “the single worst, most disgusting and terrible tasting thing” he’d tried. This is a famous food in Iceland. 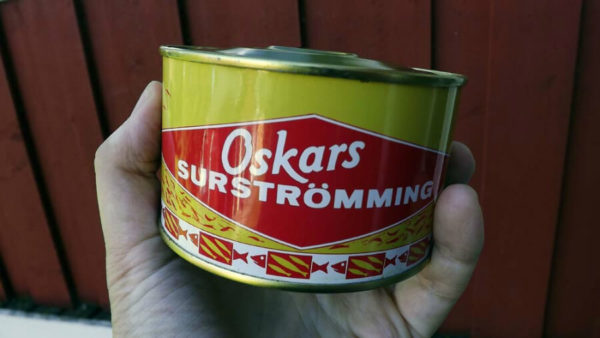 Pinterest.
Talking about rotten food. What happen to you guys? I mean, rotten food didn’t belong only to the trash? In Sweden, apparently this rule is not working. They love this Baltic Sea herring fermented with salt. As it has a very strong smell, it is usually eaten outside. I personally can’t believe people can eat something with this smell. 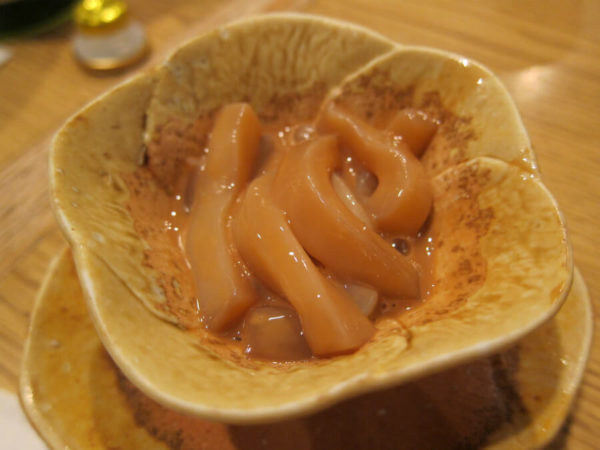 Google.
Ok, I promise this one’s not rotten. Finally, we have a mix of different types of sea food, served raw with salt and seasoned perfectly. This one’s the most eatable maybe. Thanks Japan for that! 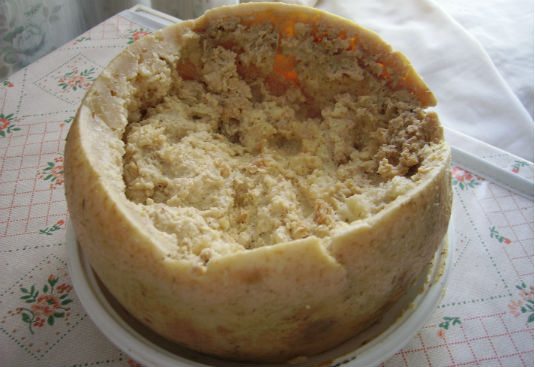 Pinterest.
Italian people hello! Please explain to us how could you eat a cheese that still has live insect larvae who can also still survive the stomach and burrow into your intestines. Please eat it cooked or just do not eat this cheese, your country has so many tasteful cheeses to offer. 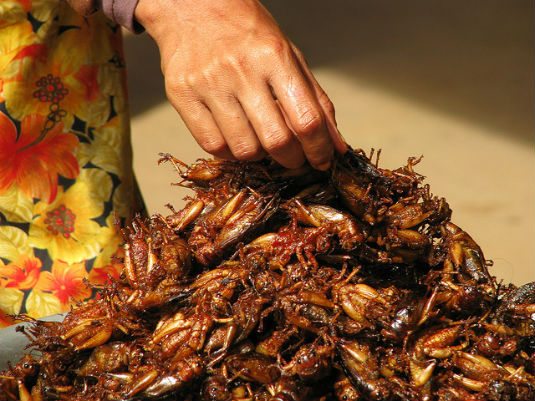 Pintrest.
Well this is seasoned with salt, pepper cooked in a big wok. It’s not as bad as it looks. However, you got to be careful. When it comes to bite them. They are considered a delicatessen in Thailand, and many brave who have tried them said they are actually okay. 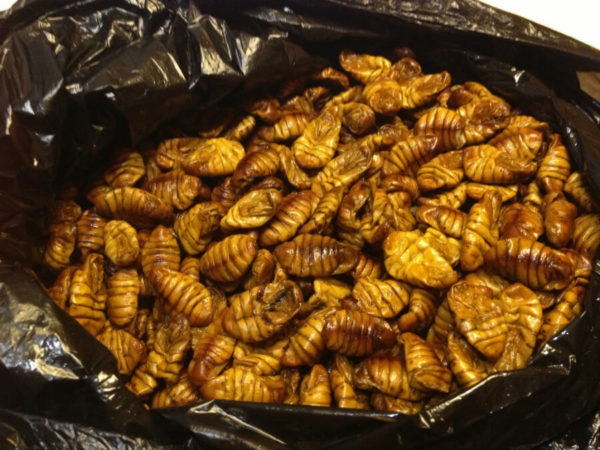 Google.
Apparently, tastes like wood. It is known all over Korea. People tend to sell it in the street as a regular snack. How can you put all these insects and just boiled them is something I will never imagine? I wonder if they even kill them before or after putting them inside the boiler. 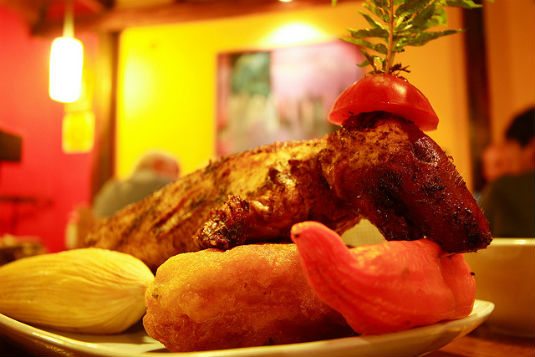 Google.
This is just wrong. Guinea Pigs are adorable. I know they are used for good things such as medical things looking for some illness cure. However, eating eat just feels bad. People say it tastes like rabbit... which kind of makes sense. Still, it's like you're eating your pet. 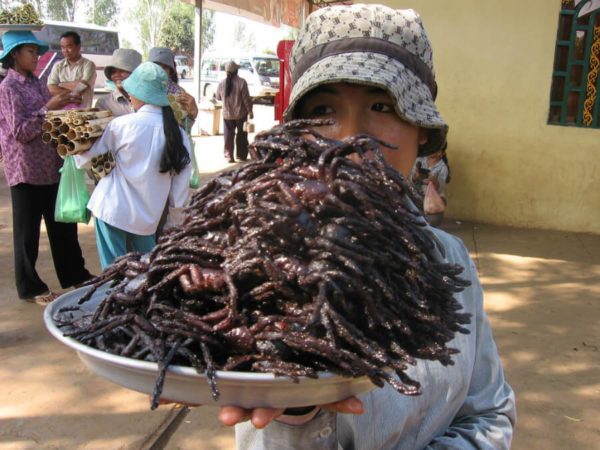 Pinterest.
The name says it all. Spiders, 8 legs, black body, hairy, spider web. Not cool at all. I really can’t understand this thing of eating insects. They are insects if you do not want to kill them, well perfect! But eating them sounds a little too much for me…Cambodia’s habit. 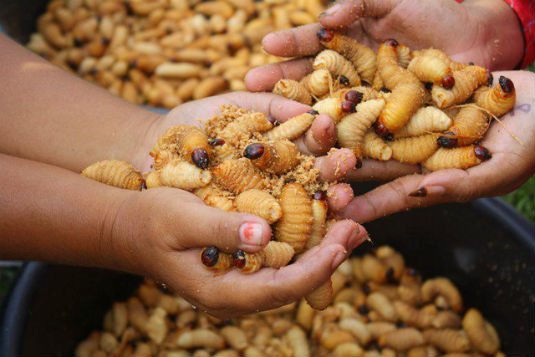 Pinterest.
Well, in this case we are talking about Southeast Asia eating grubs. Yes, GRUBS what you read. This can’t even sound real to me. Just, look at them. They are mostly eaten raw or cooked, people who tried it says that it can taste creamy or similar to bacon. Neither of those sounds good to me. 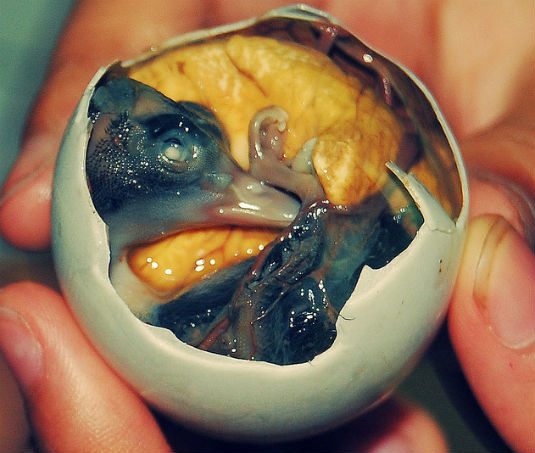 Google.
I think I cannot even look at this picture. The people of the Philippine’s must have strong stomachs to eat this! In case you haven't figured it out, t’s a baby duck boiled alive inside its own egg. It is apparently is a common street food you’ll find served with beers as a snack etc.…
Compartir este artículo
Mundo.com