Pictures confirming that the planet is suffering very serious changes

Some people still think that climate change is an invention, but these photos confirm that our planet is undergoing very serious changes and nature is paying for it.

It’s time to do something!

Disappearance of the polar caps 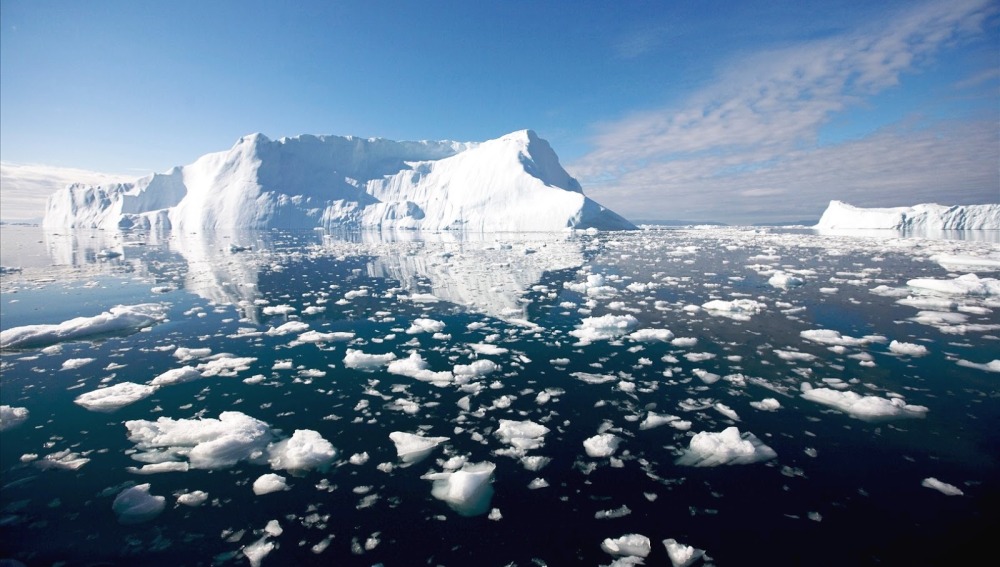 Bears are dying and losing their homes 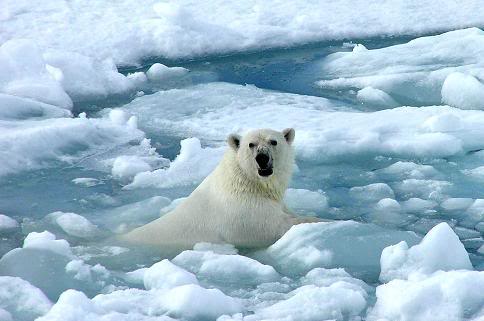 Pinterest.
The United States has decided to include polar bear in its list of endangered animals. According to sources in the United States, climate change is destroying its habitat in the Arctic Ocean and reducing the number of species on our planet quicker than we think. 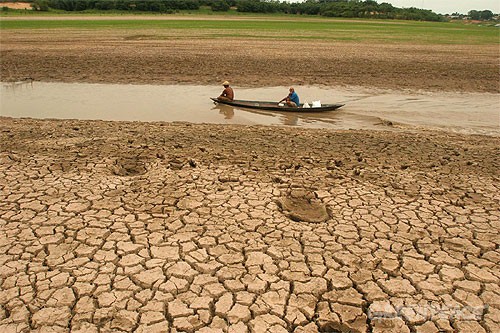 Pinterest.
In the coming decades, climate change will bring huge droughts that will last 10 years or more, according to a new report from scientists at Cornell University, the University of Arizona and the US Geological Survey Agency.

If droughts don't stop it will be serious 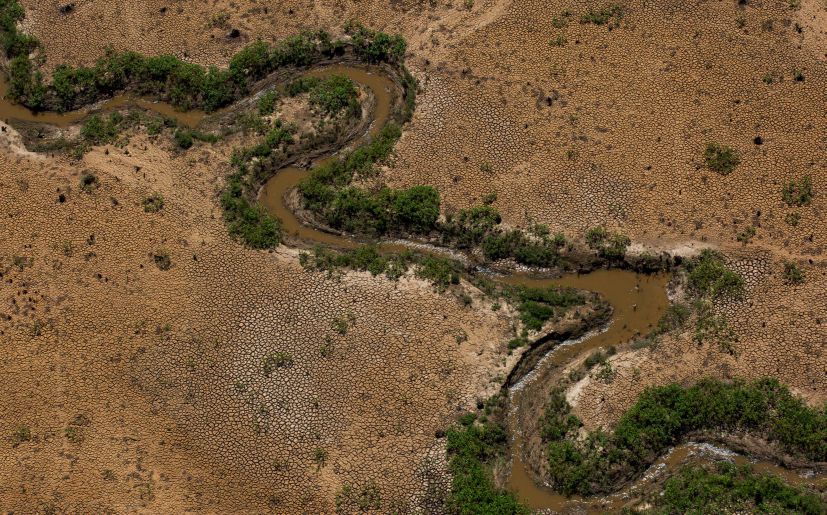 Pinterest.
We've already seen the problems cased due to this uncontrolled natural phenomenon, even in California water rationing measures had to be taken due to the  unexpected droughts. 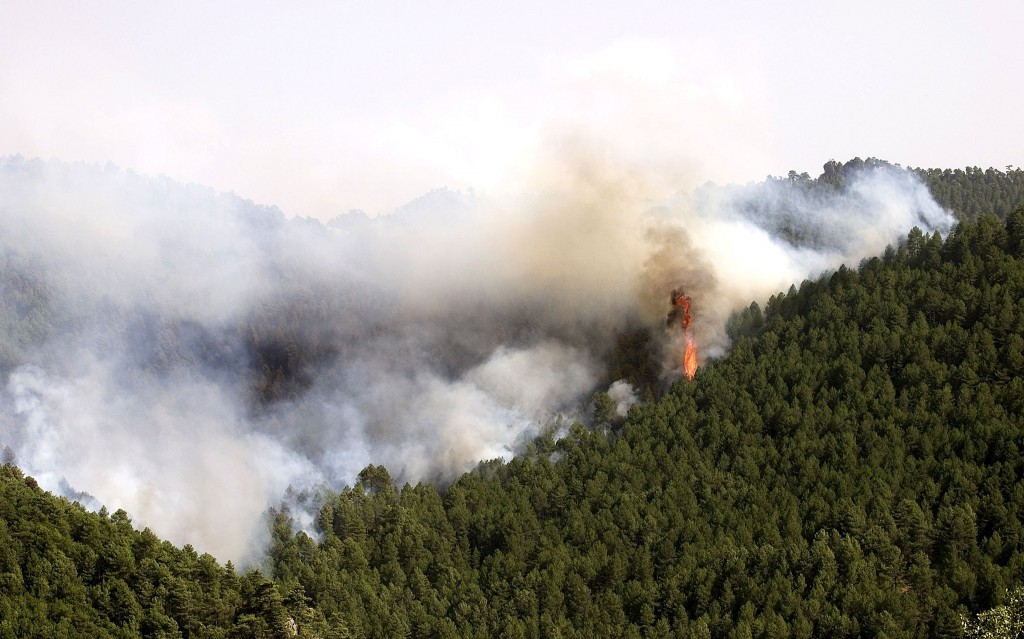 Pinterest.
A forest fire is defined as a wild fire increasing fast in woods and forests, damaging flora and fauna. It's characterized by its big extension, the speed at which it can be extended from where it started, its potential to change direction unexpectedly, and its ability to overcome obstacles such as roads, rivers and firewalls.

The precious lungs of the world are dying 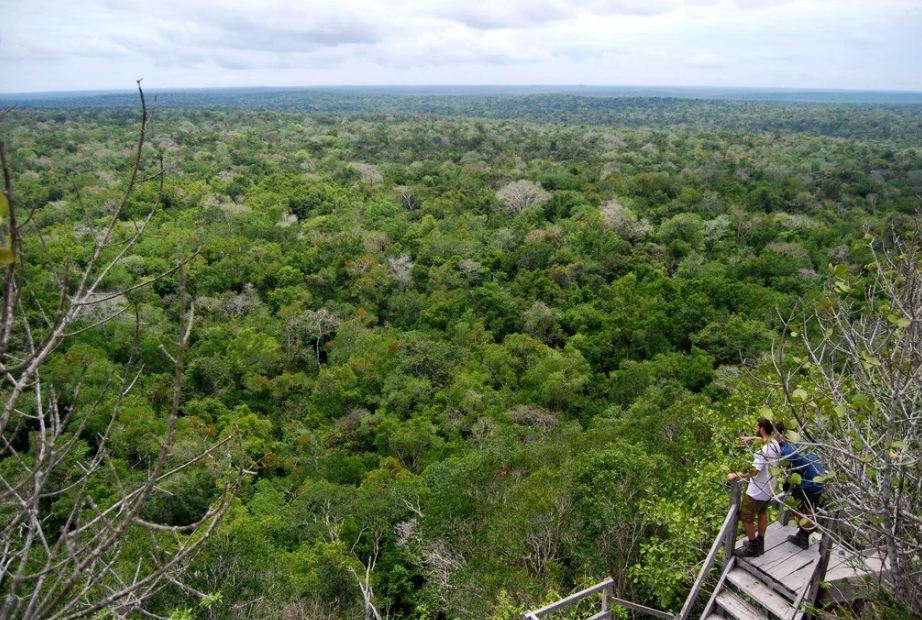 Pinterest.
Even though there are many causes that start forest fires, there's always something in common: great vegetation and long-lasting droughts. The sun causes dehydration in plants, so they recover water from the substrate. But, when the ground is very dry (below 30% of humidity) the plants can't take water from it and they dry.

The rivers in Arizona United States have disappeared 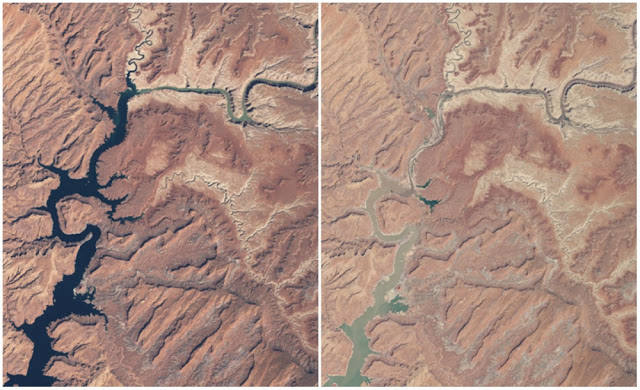 Pinterest.
Two scientist have warned about the decrease of  the flow of the Colorado River caused by Global Warming, the most important navigable river in the southwestern United States, which could reduce its flow by more than a third by the end of the century. 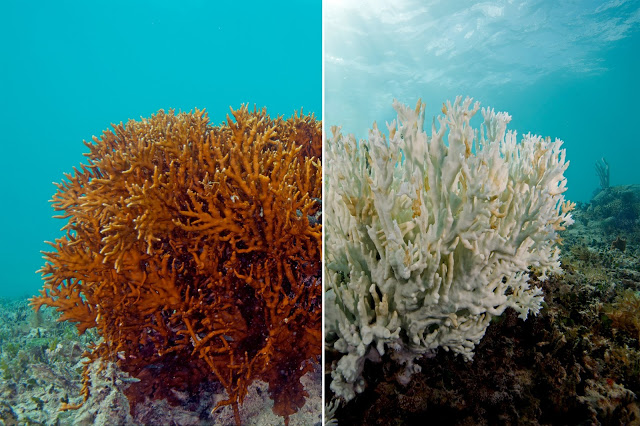 Pinterest.
When water temperature increases it weakens coral, which causes the symbiotic algae that give the coral its color and its nutrients to leave. That's why its color changes to  white. 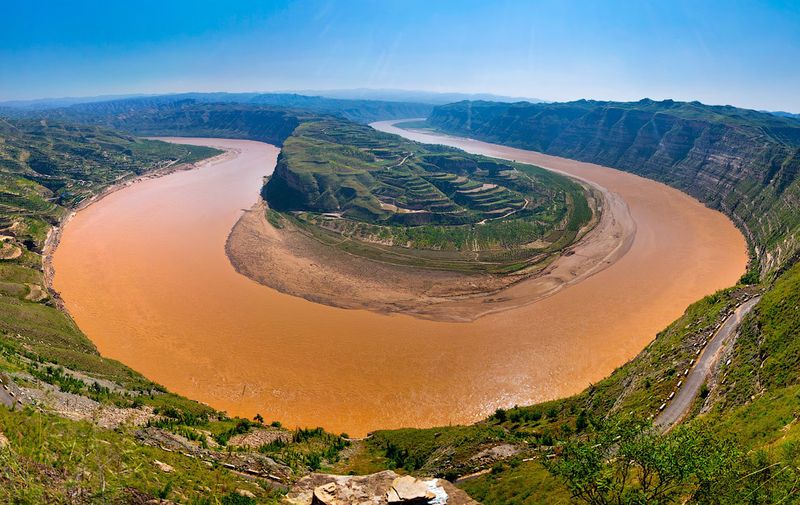 Pinterest.
Historically it’s the most important river in China and in its basin there have been numerous archaeological sites discovered that demonstrate the uninterrupted human presence since prehistoric times. Around Yellow River, in the Northern Plain of China, lives Han's civilization, the main ethnic group of the country, whose territory later expand to the south. The Yellow River is considered the heart of Chinese civilization.

Pinterest.
The Yellow River's water, which is China's second biggest river, has exceeded pollution levels of Grade 5 - the worst on the scale - during the first half of this year, according to a report by the State Administration for Environmental Protection. 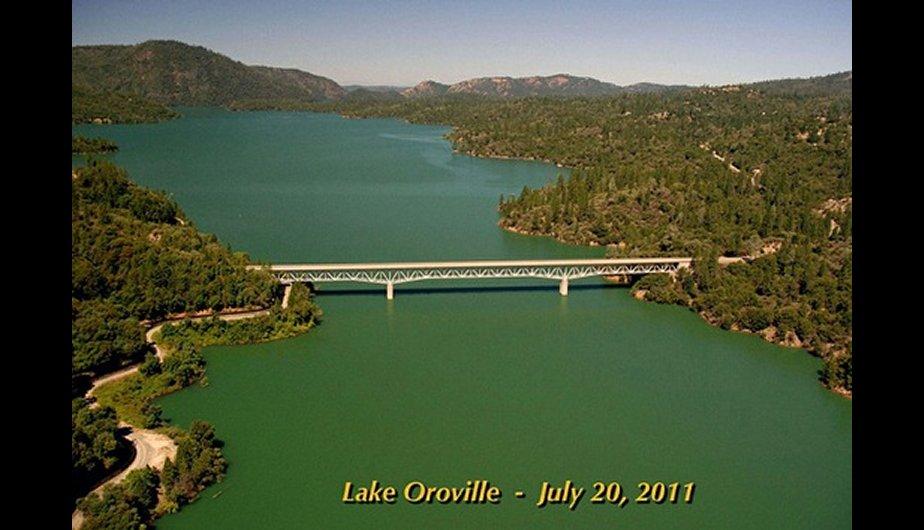 Pinterest.
Located in Northern California and formed by a gigantic dam, it has always been essential to the life of the localities that surround it. This is a place where people have enjoyed fireworks and salmon festivals, and now its decline could bring disaster. 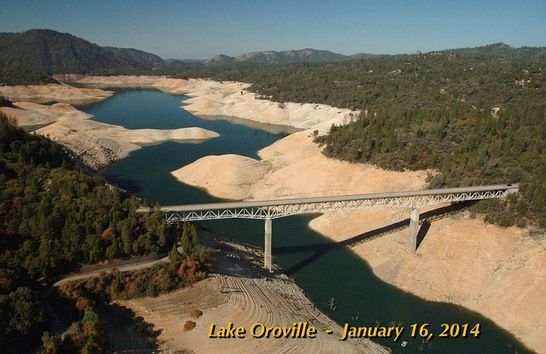 Pinterest.
Heavy storms in northern California have many worried about flooding from the start of what will be a rainy season. When the snow begins to melt, the Oroville Dam will need to have the capacity to protect those who live downstream.

The Aral Sea between Kazakhstan and Uzbekistan

Pinterest.
Global warming has decreased in an incredible way the ecosystem of this sea, which is now more like a desert. We should remember that in 1960 it was the fourth largest lake in the world (​​68,000 square kilometers) and it has now become a desert with small lakes where many boats have been trapped. In fact, now it's known as the desert of Aral Karakum.

The Brazilian forest has lost its trees

Pinterest.
Deforestation in Brazil is one of the biggest ecological problems in the country. According to scientist Ronaldo Hernandez, deforestation results in environmental problems around the world. The whole world is being affected. It's caused for different reasons in every region, it goes from the urbanization, production of wood, construction of bridges and roads to the use of space for agriculture and stockbreeding. 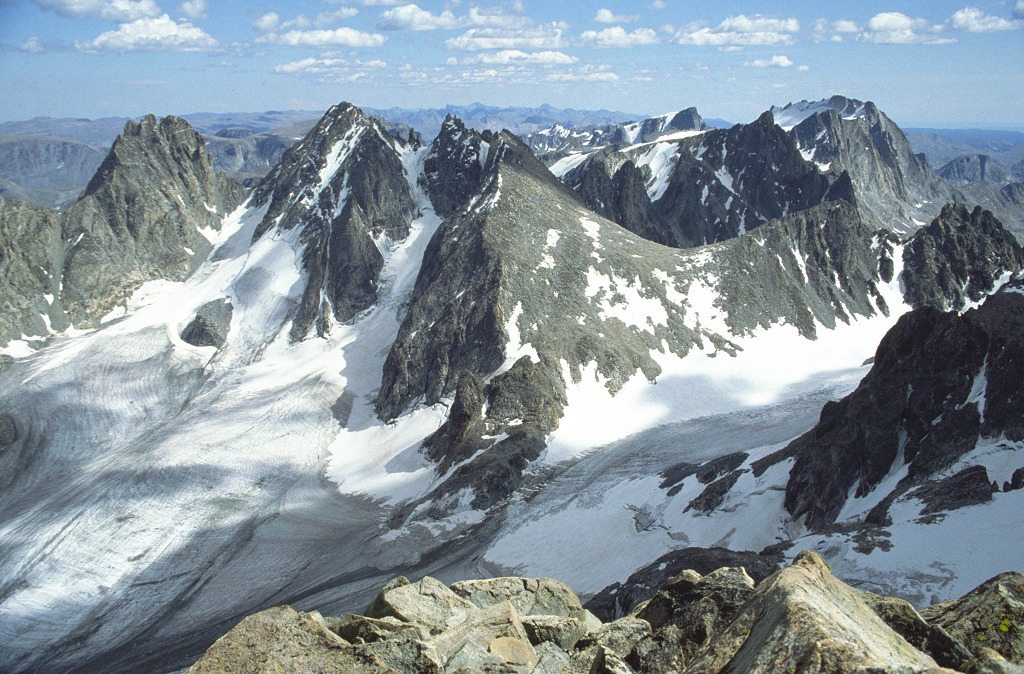 Pinterest.
The snow covering the majestic Mount Kilimanjaro, the highest peak in Africa, once inspired Ernest Hemingway. Now it is at risk of melting completely.

Something must be done or the glaciers will disappear! 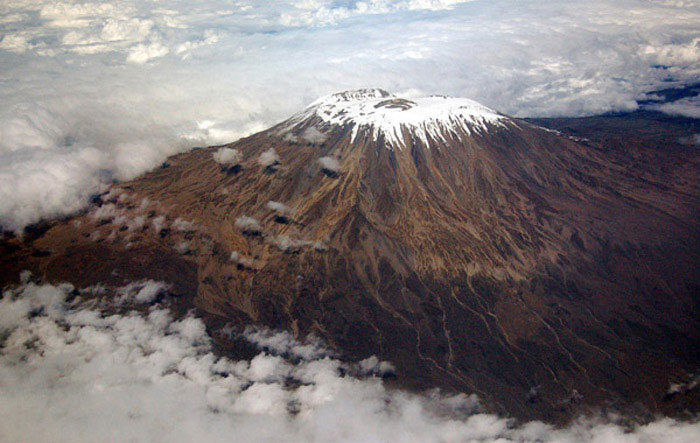 Pinterest.
Studies suggest that if the snow cover of the mountain continues to evaporate at the current rate, it could disappear in 15 years.

Deforestation in the world 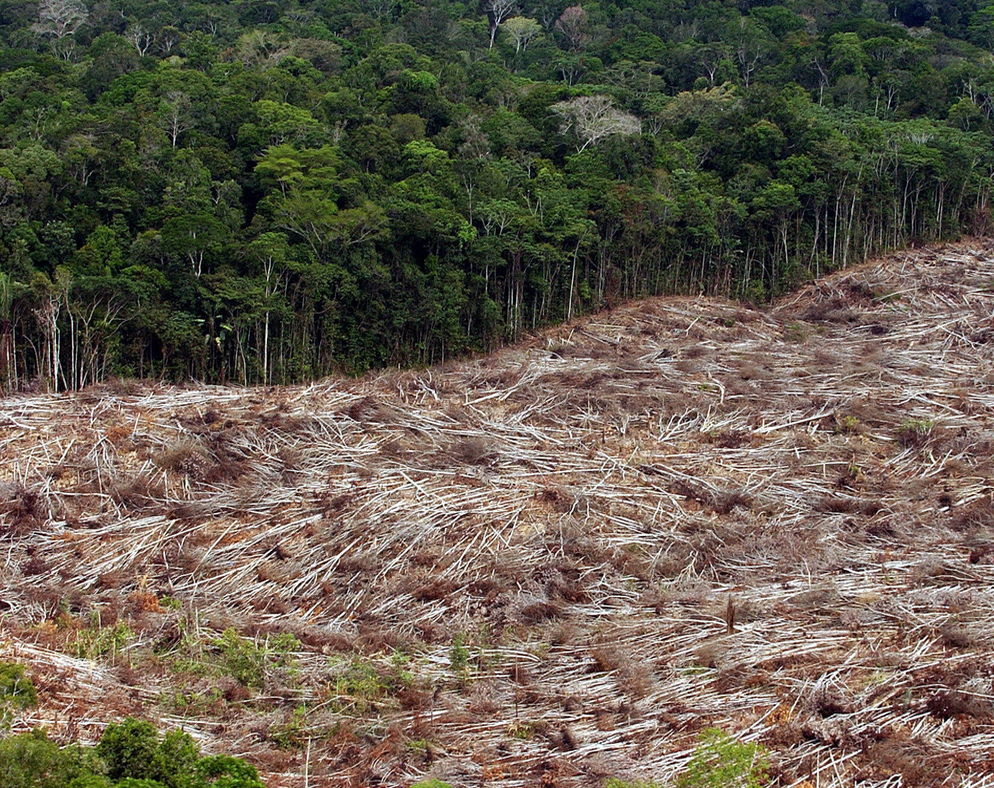 Pinterest.
Climate change hasn't been kind to the world's forests. Invasive species as the bark beetle, which grows in warmer temperatures, has struck trees across western North America from Mexico to the Yukon. 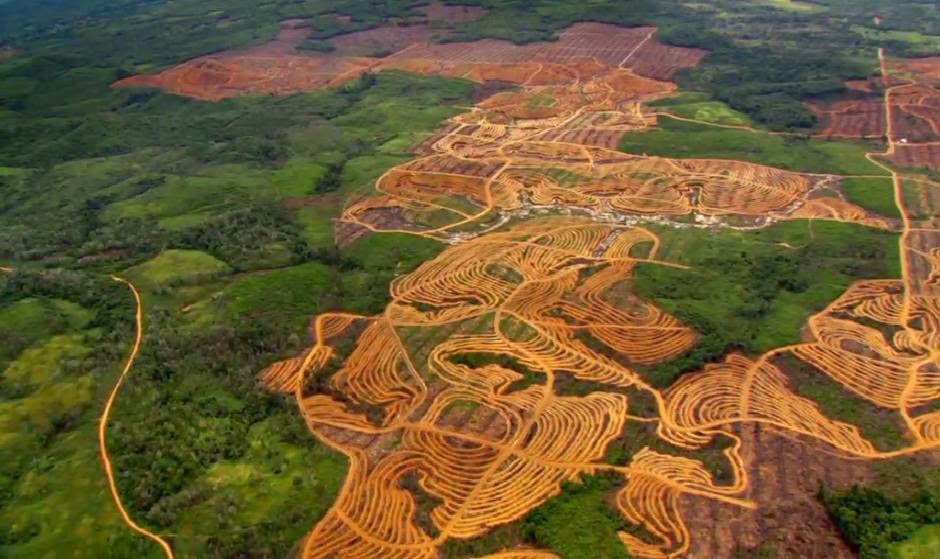 Pinterest.
Researchers at the University of Colorado have discovered that some populations of mountain pine beetles now produce two generations a year, which dramatically increases the destruction they cause.

Pinterest.
The Mar Chiquita Lagoon or Ansenuza Sea is a huge endorheic lagoon with high salinity, located in the north-east of the province of Cordoba, in north central Argentina. It is now suffering the effects of climate change.

Pinterest.
Photographs taken in the same places decades apart reveal how dramatically Alaska glaciers are melting and receding. This photo was taken at Muir Glacier in September 1892 in the Glacier Bay National Park and Reserve, Alaska and the next in 2007.
Compartir este artículo
Mundo.com