They designed the most exotic swimming pools! - Mundo EN
Entertainment

They designed the most exotic swimming pools!

The high temperatures of summer are unbearable and we want to stay cool during this season. Creativity came in desperate times for these people that created these bizarre pools. Some are extremely ridiculous and others are really good ideas. 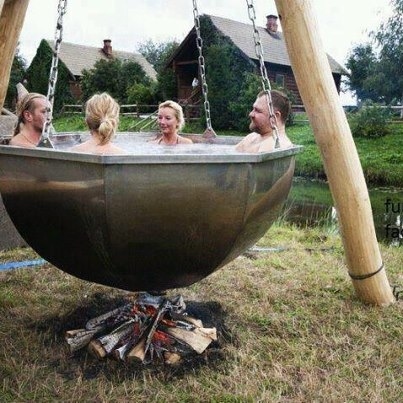 If you don’t have money for a beautiful Jacuzzi in your house or, this is an excellent idea that you could use if you like. A big boiler with fire on the bottom, but be careful or it will boil you like a chicken. 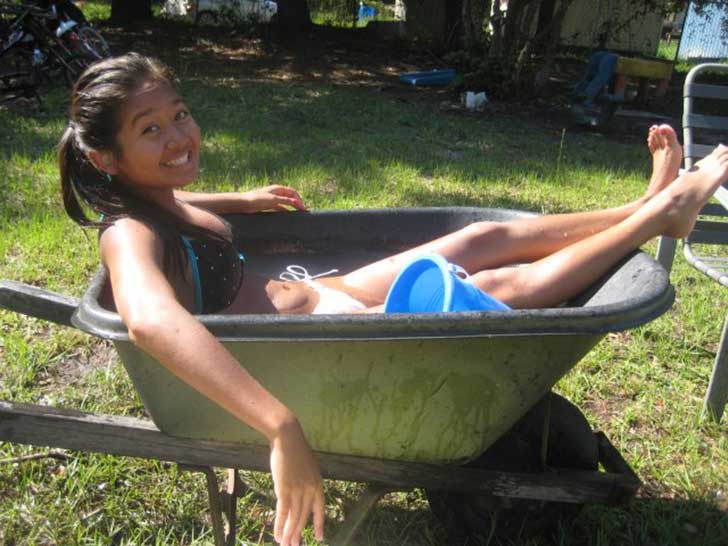 To avoid the heat treats an excellent idea would be to think only in you and yourself, because there’s no room for anyone else. This is easy, simple, cheap and very creative. Have you ever thought of this? 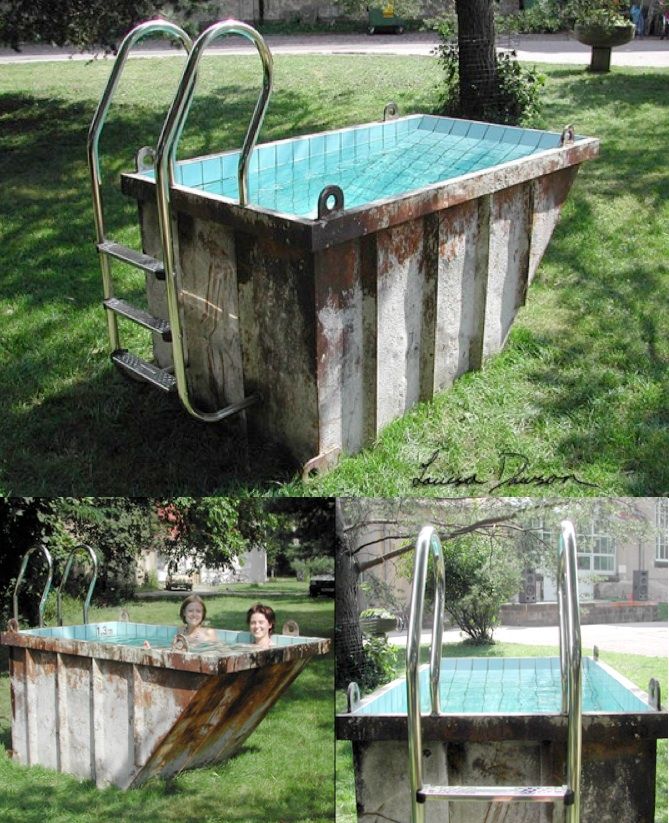 If you have an ecological house, or some house’s garbage and you don’t want to spend a lot of money, this swimming pool is for you. This is a very normal garbage collector, except for the tiling, the water and of course the terraces. 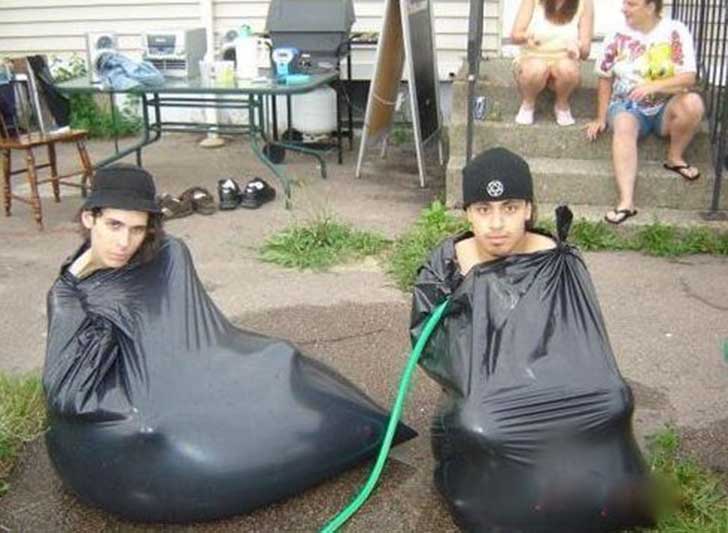 This is incredible, and perhaps one of the worst ideas for a swimming pool, but surely it works if you don’t have a bathroom. They should patent this idea for campaigns on how things ARE NOT DONE. 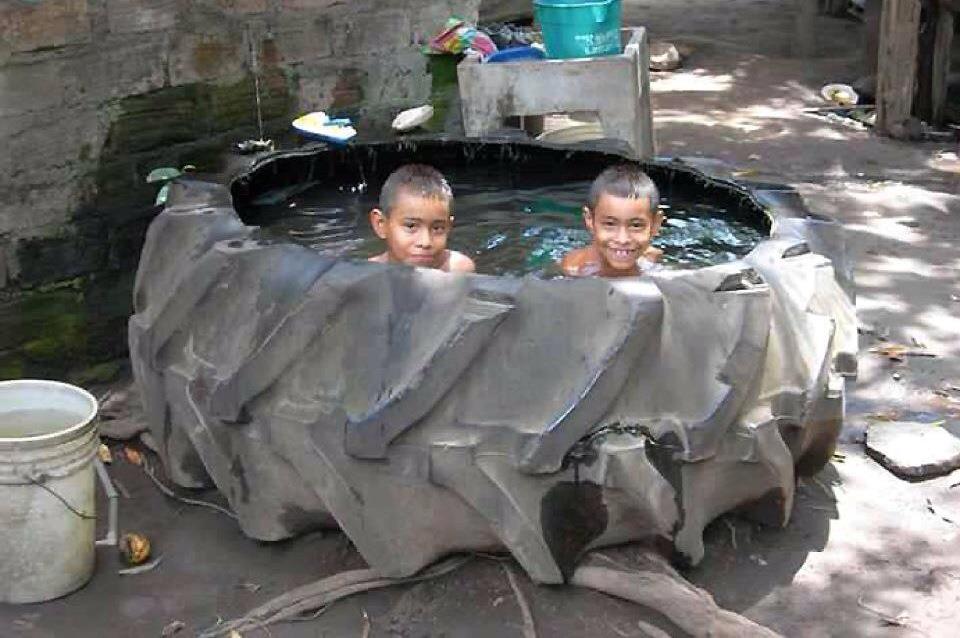 If you live in the camp and from time to time your family changes the tractor’s tire, this idea is for you. These boys know the importance of recycling so they filled a tire with water to be able to stay cool.

I have no idea how they do it 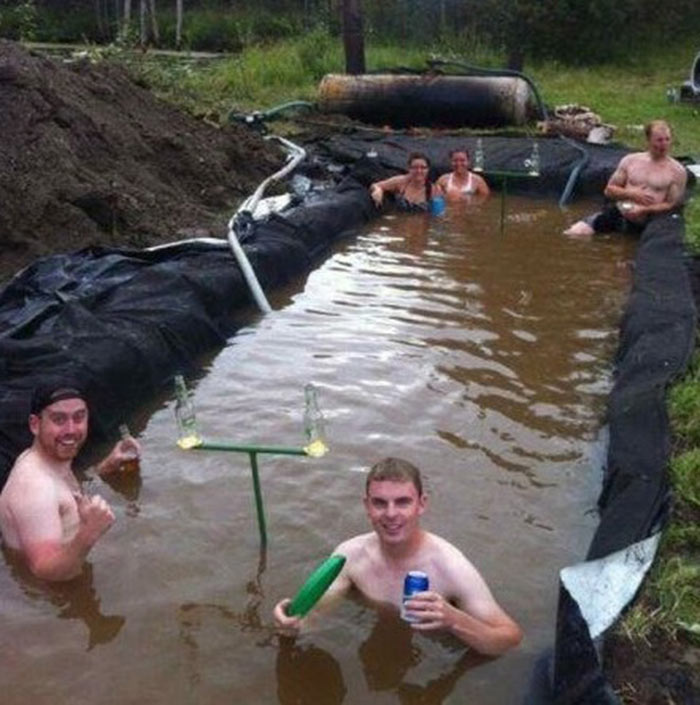 People get simple when they want to have fun. While some regret not having a swimming pool and others spend millions on one, this family decided to cut the expenses by opening a hole in the ground and fill it of water. 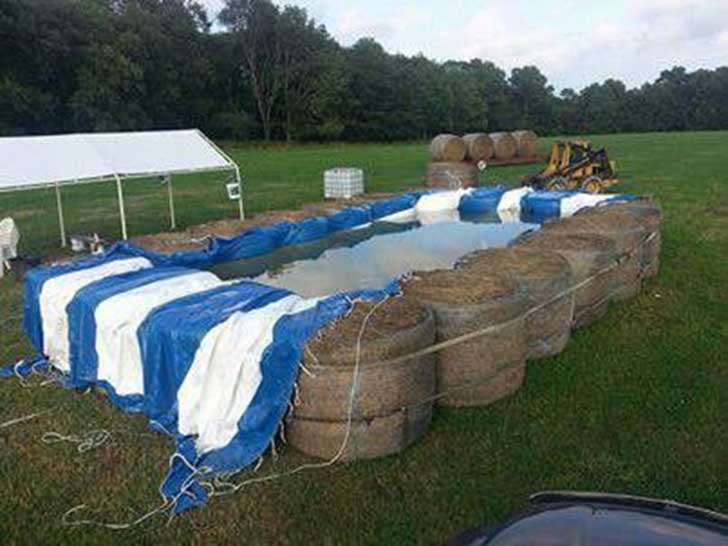 At this moment we don’t need to explain that when you want something, any idea will be enough to do it. It doesn’t matter where you are or how much money you have. Just do it! 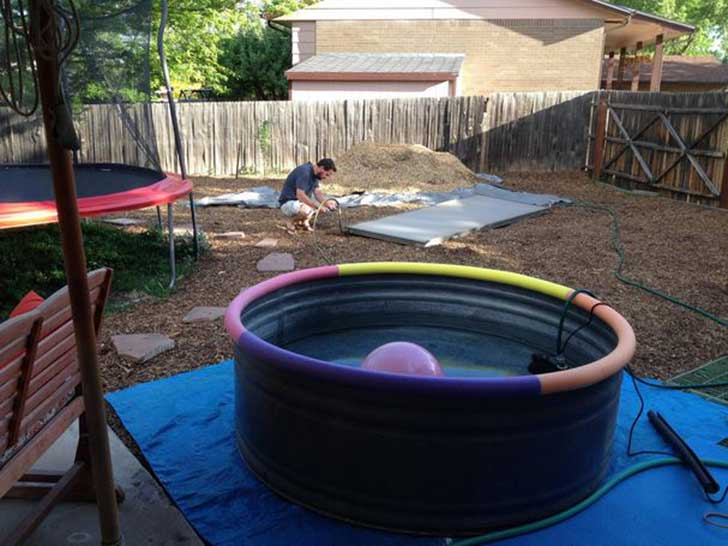 Flickr.
For this you only need the biggest and deepest pail that you can find, or maybe in some hardware shop and for the comfort to those who will swim in the swimming pool, you can use these sponge’s tubes. 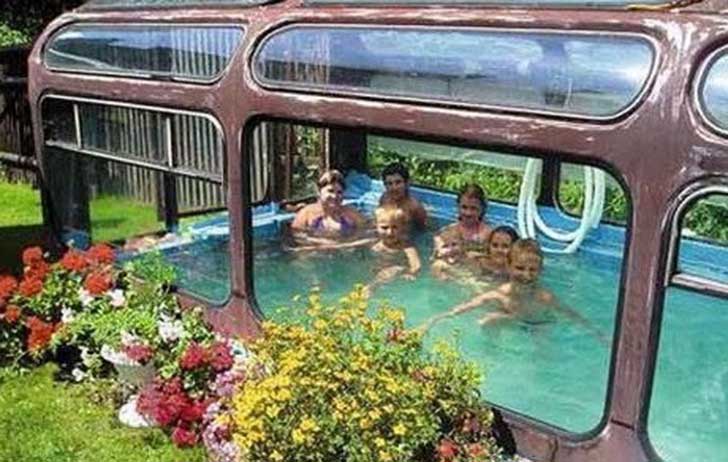 We don’t know if it’s a bus, a truck’s piece, a special decoration or what. But the truth is that it was an excellent idea so that all the family can enjoy a sunny day. Love the idea, whatever this is. It’s really unique. 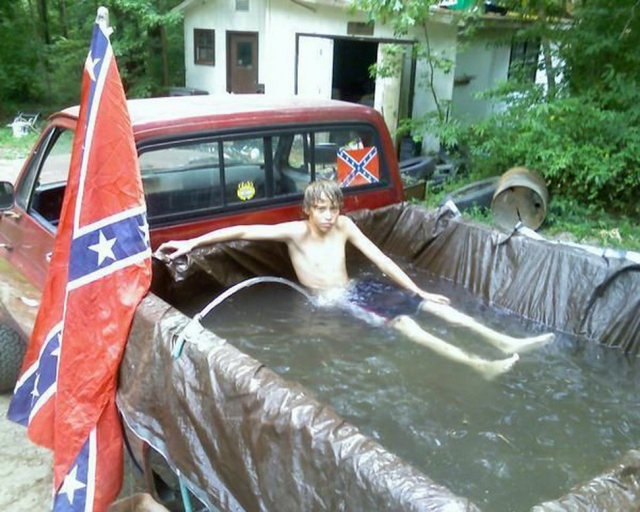 Source: Flickr.
A great idea, why suffer on a summer’s afternoon? What they did was simply cover with plastic the van’s cabin and then fill it up with water. A perfect idea to play with children. 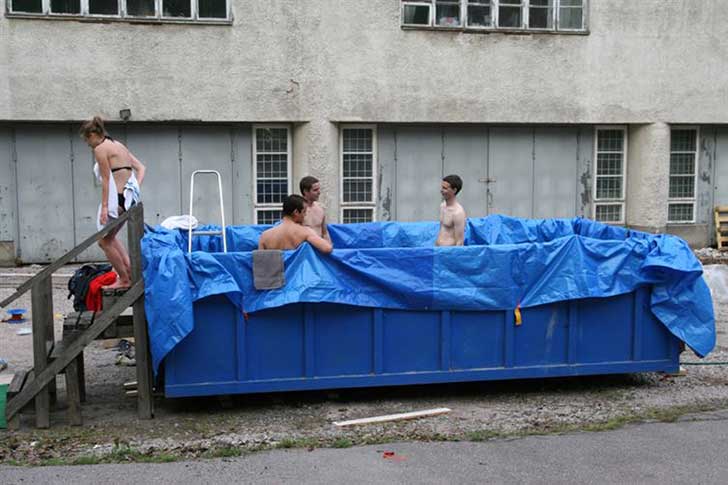 This is one great idea, the only problem is to empty the cleaning and filling back part. But these youngsters got a small container, added wooden stairs and decided to have some fun with their family and friends. 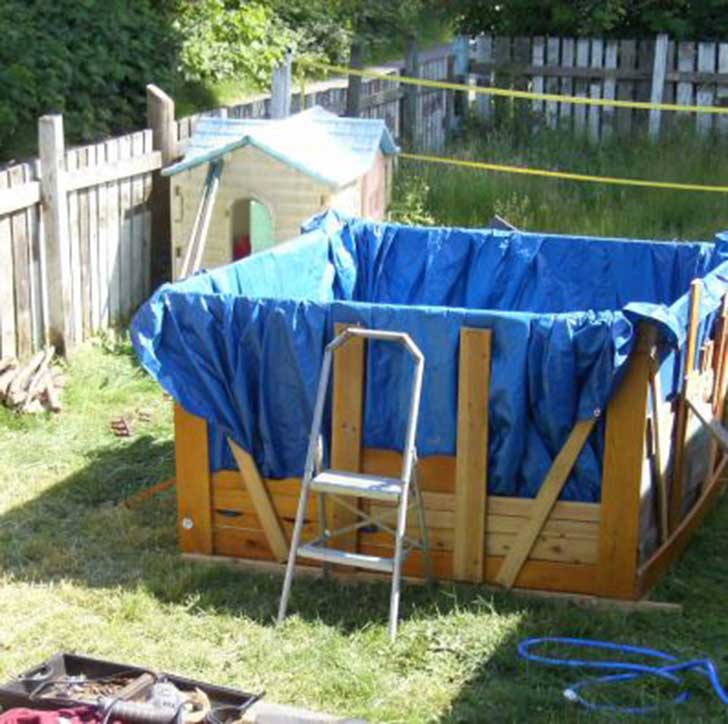 In this family’s garden the entertainment will never stop, and if they don’t have something they would create it. Their children asked for a swimming pool for the summer, so the parents asked to a carpenter to build them the swimming pool. 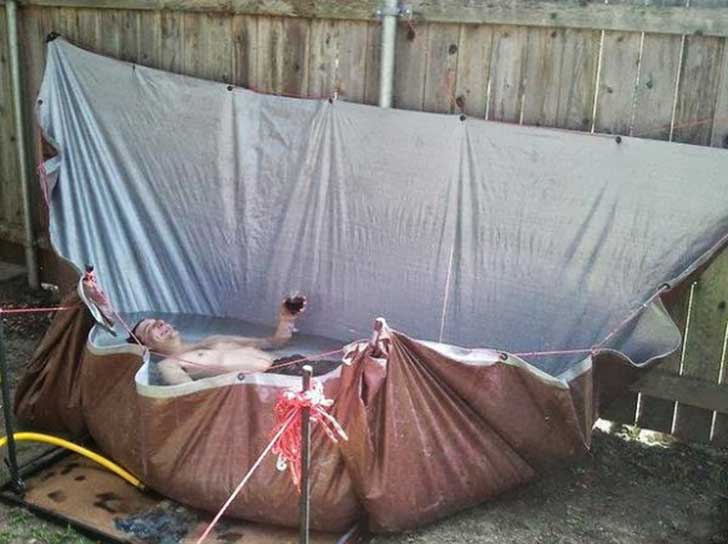 There’s nothing more to say about this idea. Just use nylon, sticks and nails to make it possible and fill with water, you just have to relax, have fun and be the envy of all your neighbors.

Who say that thatch doesn’t work? 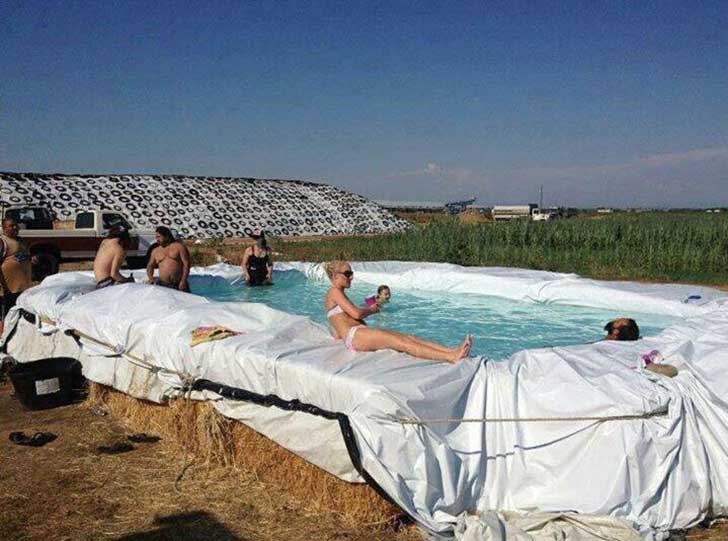 There’s too much heat in this place and the only way to handle it is with a swimming pool, and they really had a great idea. For fun and entertainment reasons, they used the farm’s resources to make a swimming pool.

God save the beer! 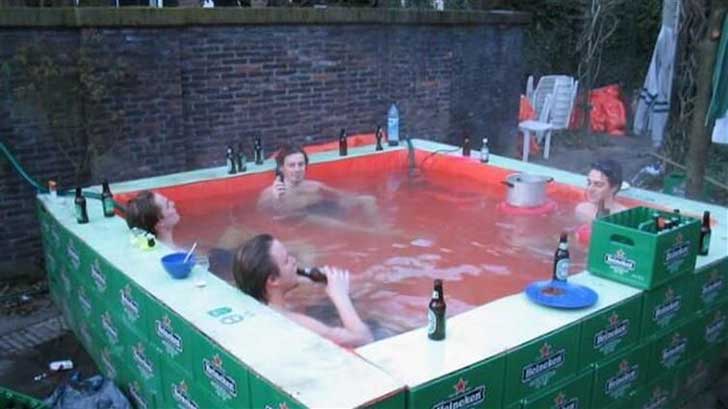 Source: Flickr.
We don’t know if this swimming pool is real or just part of a commercial or a publicity stand, but the truth is that it looks like a dream for the one who enjoy a hot summer day with a beer by their side. 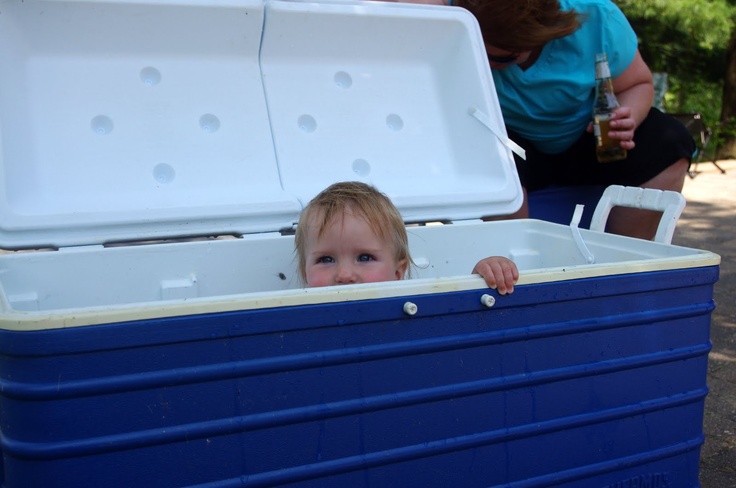 This child looks very happy having this father-son adventure. In a summer party, this dad decided to fill the cooler with cold and refreshing water, especially for his daughter so she could be on the water for a while. 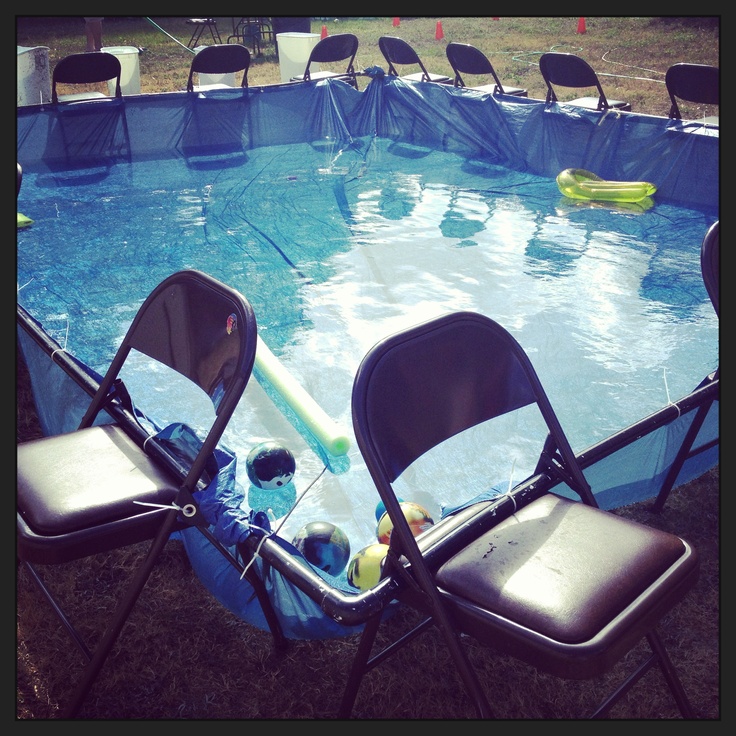 As we had told you, there are so many ideas in different forms and sizes. So it doesn’t matter if you have a small garden, what matter is to make some place where you can refresh in a summer afternoon. 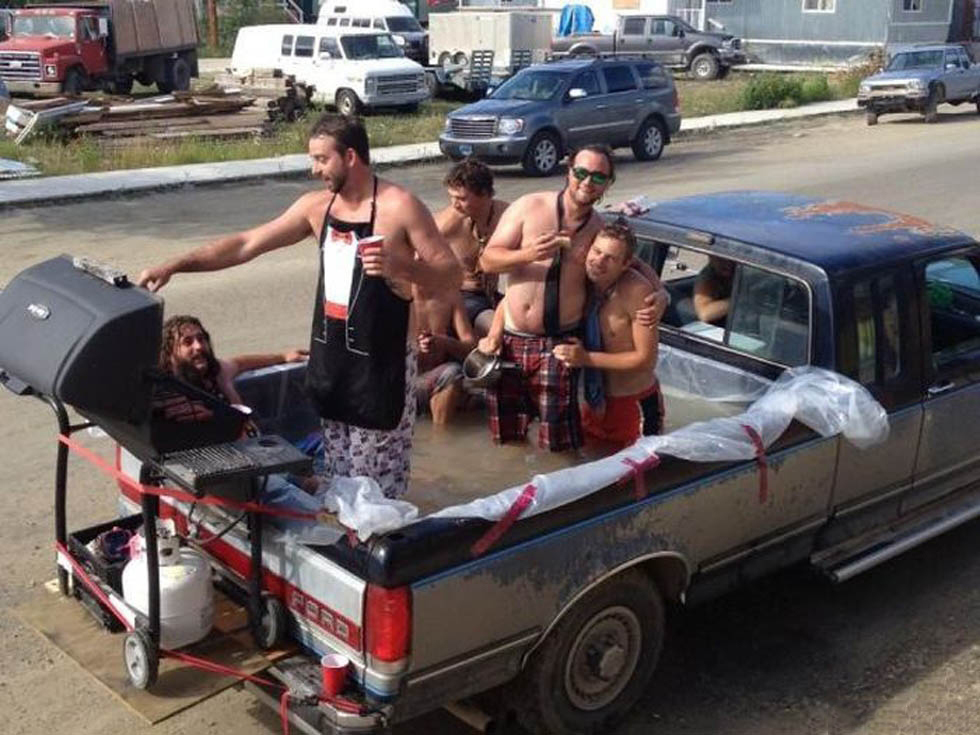 You decide to choose some simple design for your swimming pool. Not everyone could like it. The important thing is to hang out with your family and friends, and you could also give swimming lessons to your children. Summer vacations in your garden’s house will be the best you can do.

This has gone too far 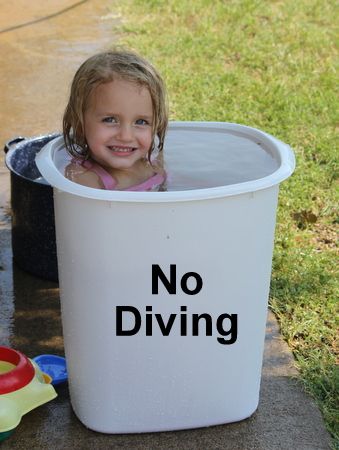 There are some specialized companies in swimming pool’s construction depending on the preference of the clients. This includes many types, shapes and materials, like transparent optical fiber pools or some made with ceramics and glass.

While you keep dreaming 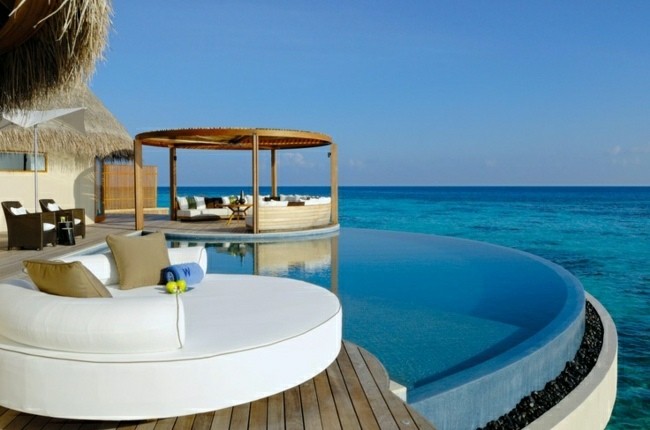 While you get enough money to have what you see in the picture, keep dreaming and enjoying the moments and also the great ideas your family or friends could give you to have some fun in a summer day.
Compartir este artículo
Mundo.com