These movies were based on true stories | Mundo EN
Entertainment

These movies were based on true stories

When we watch different kinds of movies, we never think that they might actually be based on a true story. Many films tell the real story behind some really interesting events in people’s lives.

We’ll share with you a list of movies based on true stories and some really interesting facts about them. 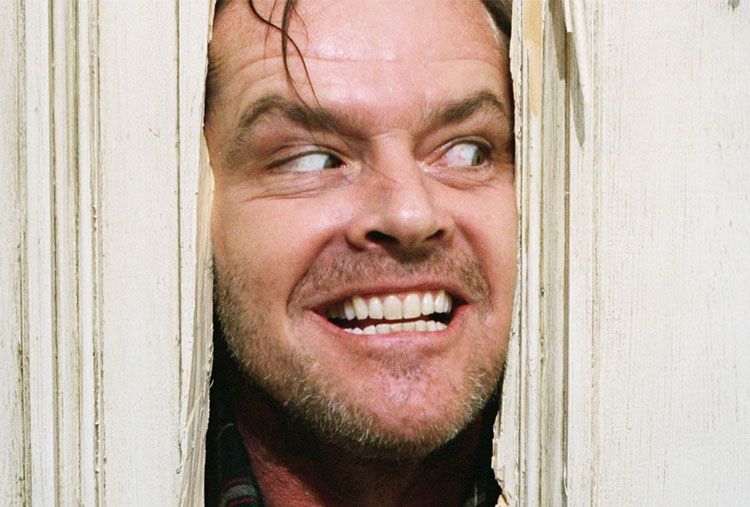 Source: the-indie-pendent.com
American writer Stephen King and his wife stayed on the Halloween night of 1974 at the Stanley Hotel, which is supposed to be haunted. King had a nightmare in which he saw his son running through the halls of the hotel and that’s how he got inspired to write the novel called The Shining. 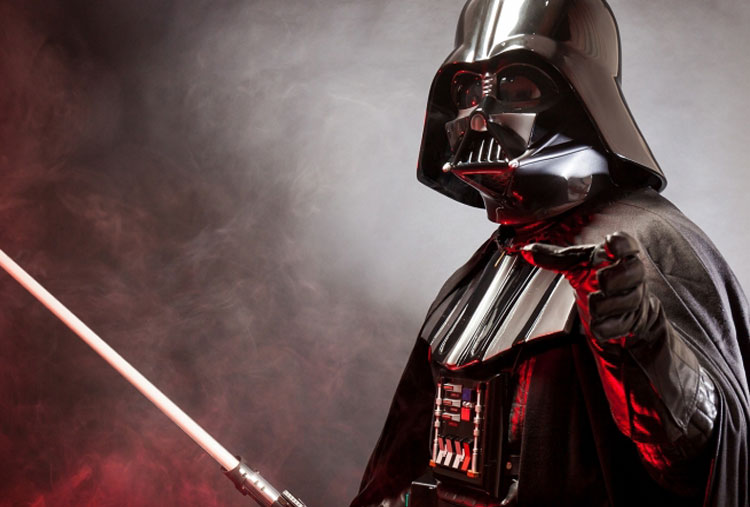 Source: www.entrepeneur.cm
George Lucas the director and co-writer of the famous movie saga said that he was inspired by several literary and cinematic genres while he was writing them; many scenes and characters are based on Akira Kurosawa’s films. Lucas is passionate about history; the scene of the final battle in “A New Hope” is based on the air battles of World War II.

The hunt for red October 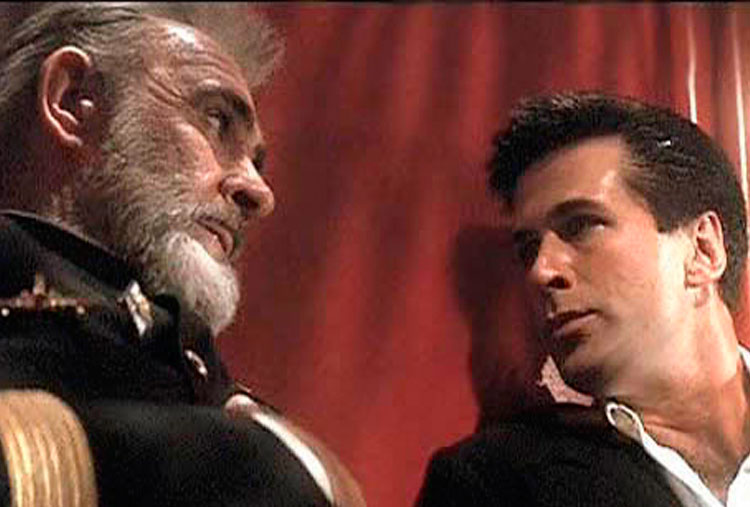 Source: blogs.gamefilia.com
This 1990’s film is based on the story of Russian naval officer Valery Sablin, who in 1975 staged a failed mutiny on the Soviet warship Storozhevoy.  The aim of the mutiny was to initiate a political uprising in the Soviet Union against a corrupt regime. Although the film received negative reviews in major publications it was very popular. 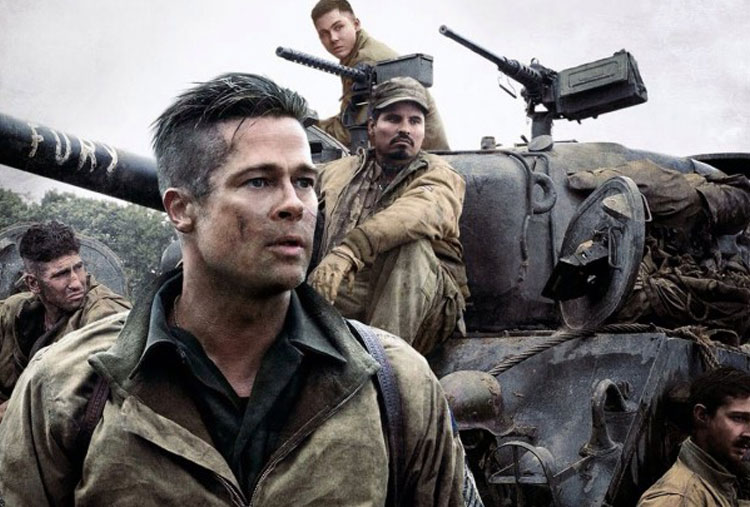 Source: www.neostuff.net
This film is based on true stories of battles and soldiers during World War II. One of them is Audie Murphy’s story, who managed to stop the German soldiers on his own. Some of the stories shared on the movie are not completely real, but most of them are based on true facts. 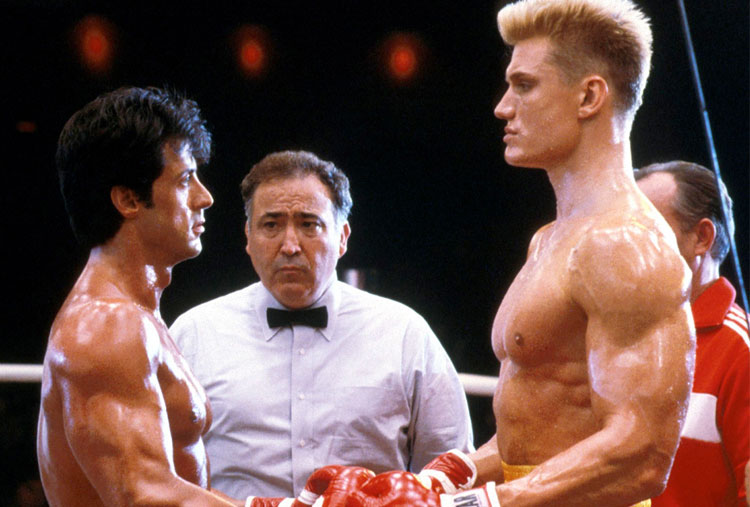 Source: www.philly.com
The film tells the story of Rocky Balboa and his journey to achieve the American dream. Sylvester Stallone, who was the main character, said that the script of the film is based on Chuck Wepner and the fight between Muhammad Ali.

A nightmare in Elm Street 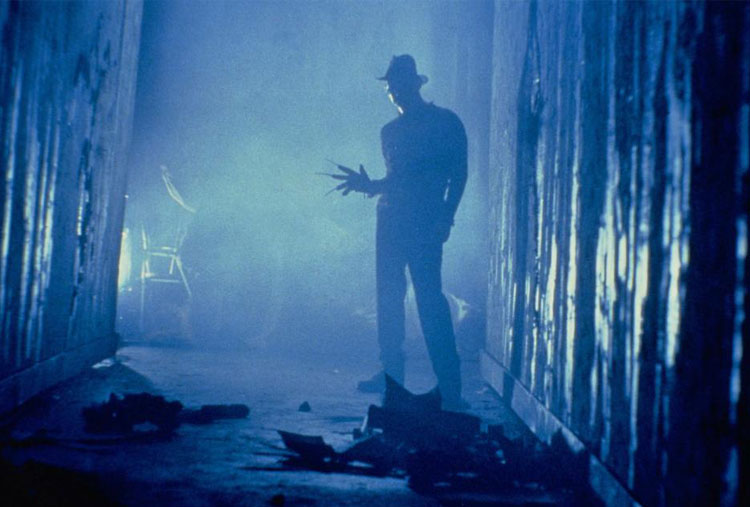 Source: geektyrant.com
This is based on a true story of a Cambodian immigrant whose son died in very strange circumstances. The film's director, Wes Craven, said he was inspired to write the script after reading this family’s story in the newspaper. The article said the little boy refused to sleep because he feared that someone would catch him in his sleep; so he stayed awake for several days until one night his parents found him dead in his bed, the child supposedly died during a nightmare. 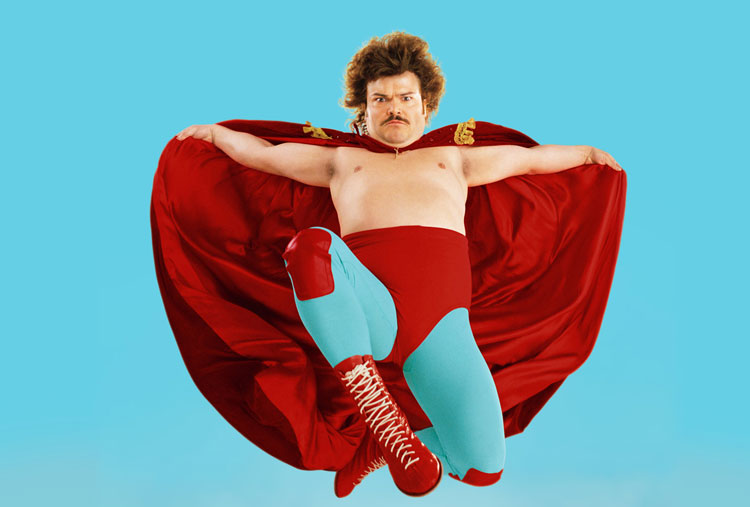 Source: www.marcusbrotherton.com
The character played by Jack Black is based in Fray Tormenta, the stage name of a Mexican priest and professional wrestler. The father entered the dangerous world of wrestling to help raise money for children at the orphanage he was in charge of. There are 4 movies based on this story but the most famous one is Nacho Libre. 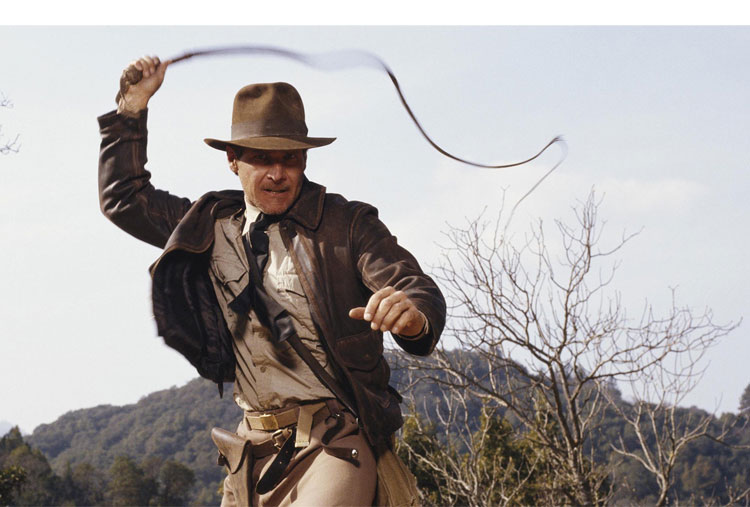 Source: www.slashfilm.com
Hiram Bingham a Harvard and Yale professor inspired the adventures of the famous archaeologist Henry Walton "Indiana" Jones. Bingham discovered the forgotten Inca city of Machu Picchu. The adventures of "Indy" are much more dangerous than what happened to Bingham in real life. 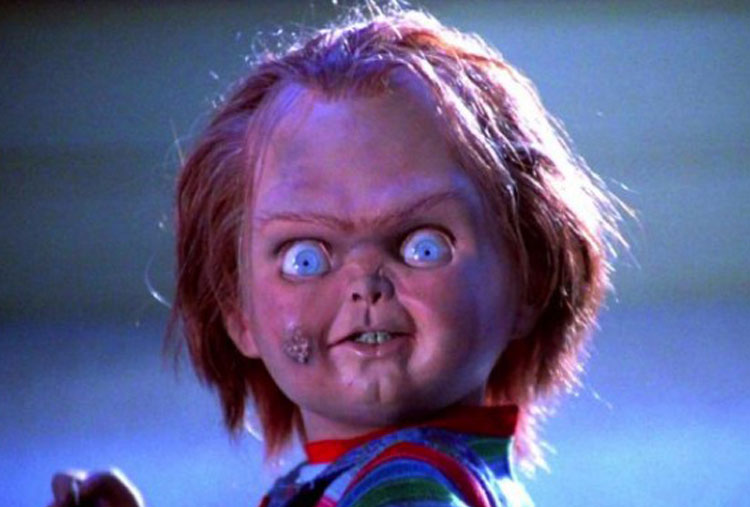 Source: www.jhmoncrieff.com
Chucky’s character is based on “Robert, the doll”, a toy that was supposedly possessed. This doll talked to his owner and often tried to hurt him. The director of the film was fascinated with the story so he decided to take it to the big screen, changing several details of the story. 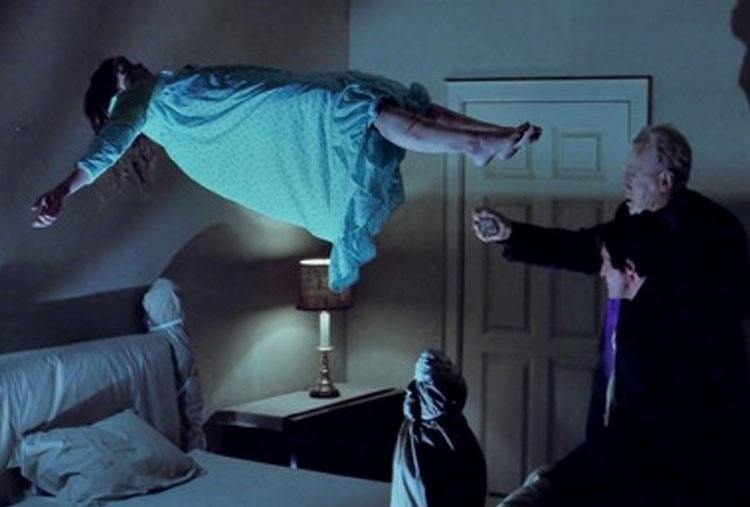 Source: macguffin007.com
The Exorcist is an adaptation of the novel by William Peter Blatty, which is based on an exorcism that took place in Washington in 1949. The film tells the story of Chris MacNeil and her daughter who’s possessed by a demon called Pazuzu. The film received 10 Academy Award nominations, winning for Best Adapted Screenplay and Best Sound. 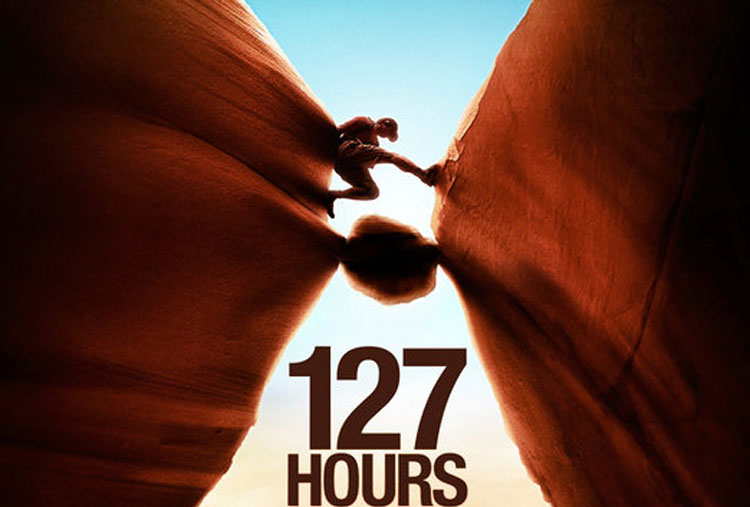 Source: www.20minutos.es
This drama is based on the true story of Aron Ralston, an American mountaineer who got trapped by a boulder in a slot canyon in Utah. The movie stars James Franco and was nominated for six Academy Awards. 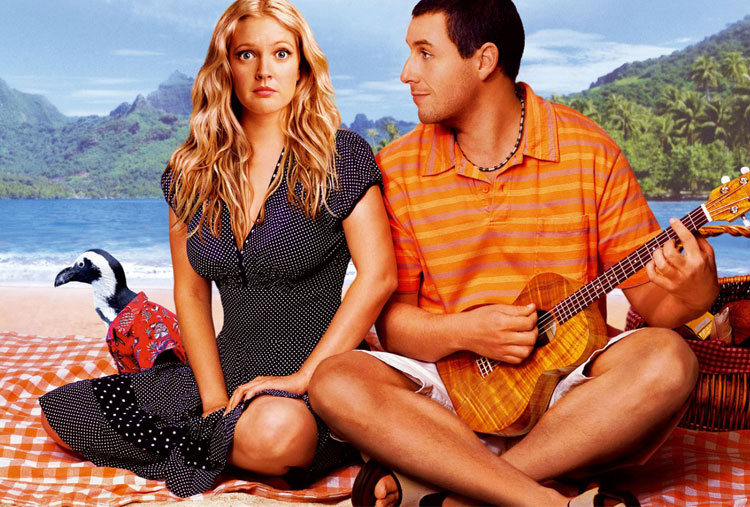 Source: www.pluggedin.com
This story is based on the life of Michelle Philpots, a woman who suffered a car accident in 1994 which caused her anterograde amnesia. Michelle was already married when this happened but after the accident she could not remember being married to her husband; so he put together a photo album with all that had happened in her life. 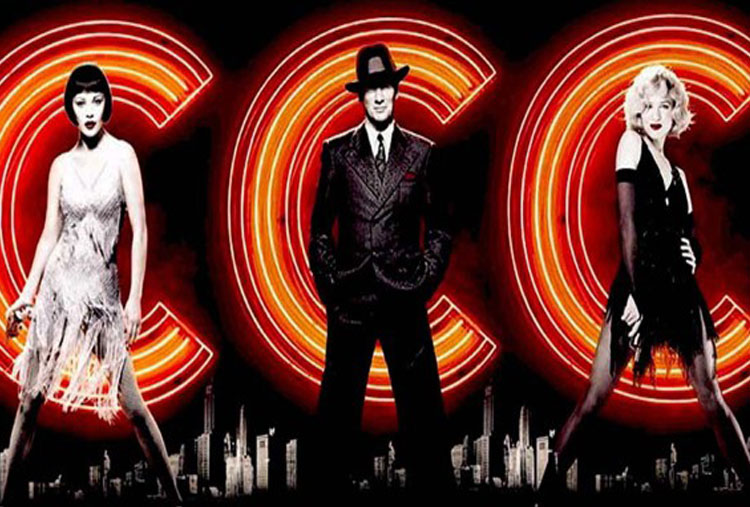 Source: grupotalia.org
This film is based on the Broadway musical under the same name, which was inspired by real life events. In 1994, Belva Gaertner and Beulah Annan became famous for killing their lovers. 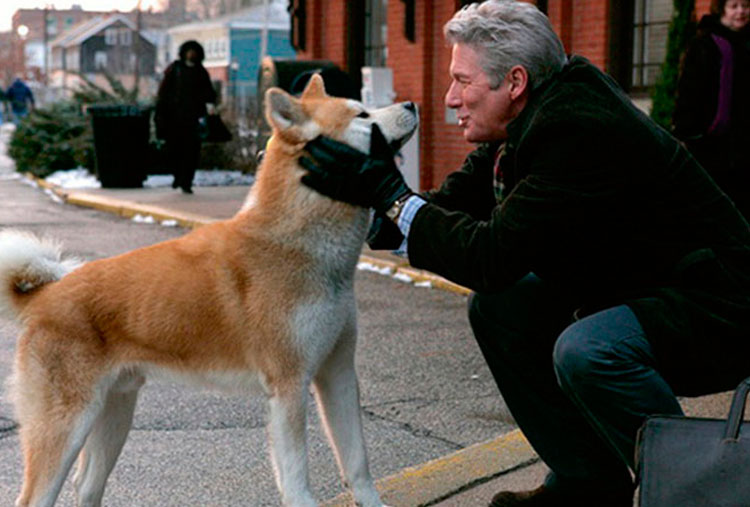 Source: Youtube.com
Hachiko is a drama film produced in the United States in 2009; it is based on the true story of a Japanese dog, his owner and the beautiful bond that existed between them. This movie is the remake of a 1987 Japanese film; the dog became so famous that he got a bronze statue at the Shibuya station in Japan. 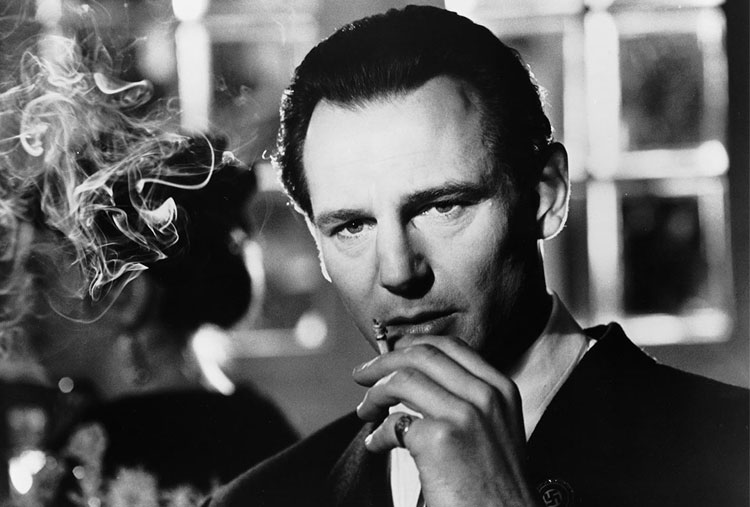 Source: www.elcinedehollywood.com
This story is based on Oskar Schindler, a German businessman who turned his factory into a refuge for Jews during World War II. Schindler managed to save 1,100 Jews from dying in the concentration camp of Auschwitz. 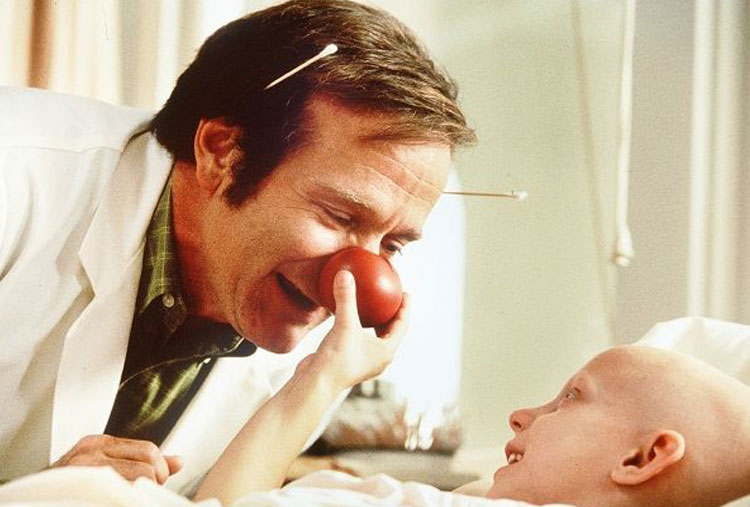 Source: moviepilot.com
Starring Robin Williams, the film is inspired by the story of Dr. Hunter "Patch " Adams and the book “Gesundheit: Good health is a laughing matter”. This doctor became famous for the way he treated his patients, he dressed up as a clown to make his patients laugh for a while.

The Call of the Wild 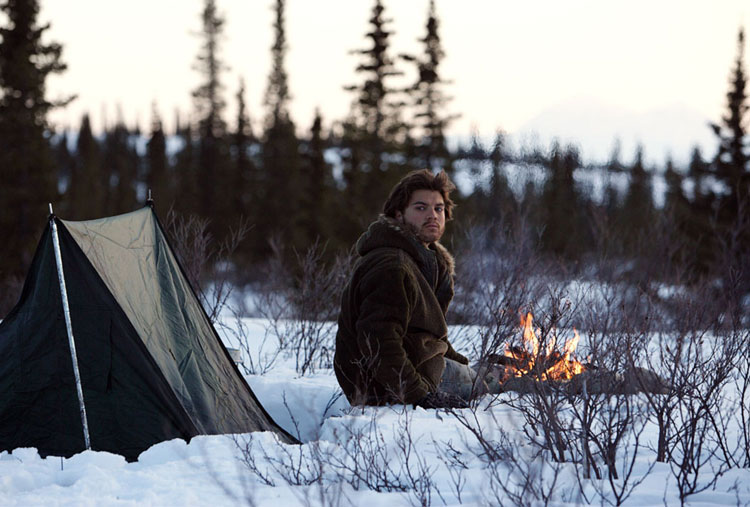 Source: quotesgram.com
This American film is based on the story of Christopher McCandless, a young man who died after living by himself in the middle of Alaska for nearly four months. McCandless was an American itinerant traveler and hiker. 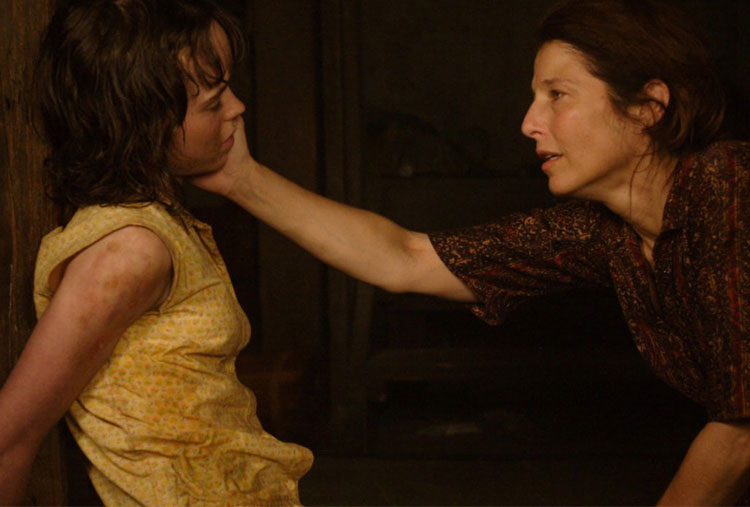 Source: Youtube
This film is based on the sad story of Sylvia Likens who was tortured and killed. The film tells the cruel and shocking story that took place in the 60s.  Gertrude Baniszwski kept Sylvia Likens, a teenager who was under her care, locked in a room while she tortured her unmercifully. The touching story of Sylvia has inspired several movies and books. 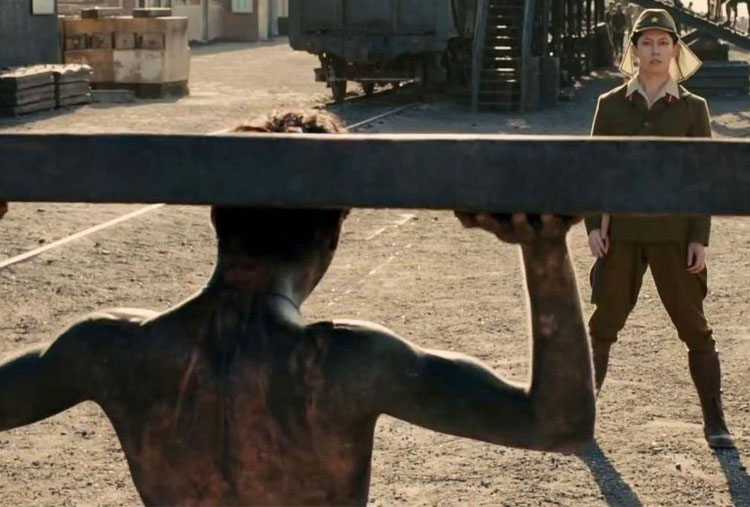 Source: quotesgram.com
This dramatic film is based on the book by Laura Hillenbrand which tells the story of Olympic athlete Louis Zamperini, who after suffering a plane crash, survives lost at sea for 47 days before being found by a Japanese warship. This moving story inspired the making of the film, directed by Angelina Jolie in 2014.

The exorcism of Emily Rose 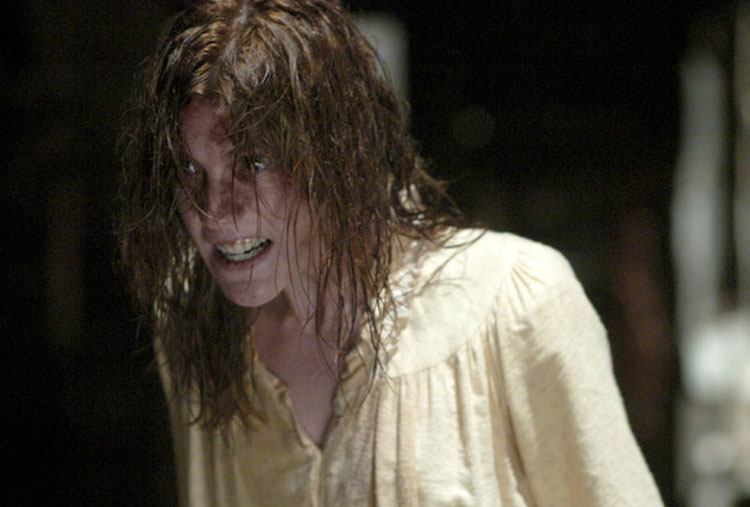 Source: www.axn.es
This film is based on the life of a young German woman named Anneliese Michel who was diagnosed with epilepsy. This film caused a lot of sensation not only because it was an interesting story, but also because in the film you can hear part of the real audio of Michel’s exorcism.
Compartir este artículo
Mundo.com