How to Identify Light Spirits from Dark Spirits

Paranormal activity exists, or at least that is what many say, so if you ever feel the presence of something or someone in your home, be prepared and found out what kind of spirit you are facing, and if the ghost is good or bad and how deal with it. Get ready!

There are people who tend to have more sensitivity when it comes to paranormal aspects, and this is what happens with some places, since there are location that function as an energy center , and there are good and bad energies out there , here you will discover everything you need to know ! 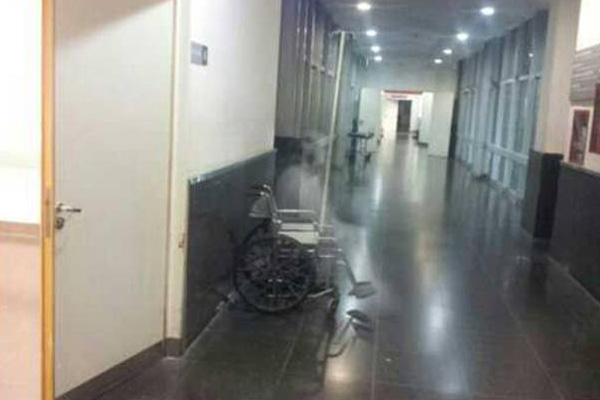 Pinterest
Although ghosts are just a figment of our imagination and protagonist of many Hollywood movies, we still have no proof they aren't real, and several events and paranormal experiences make us all doubt if they actually exist among us.

Have you ever felt a strange presence? 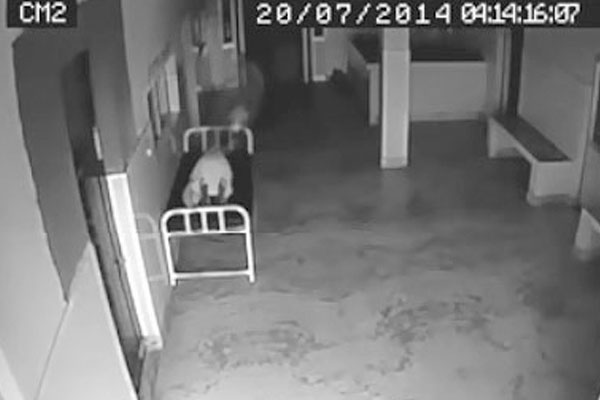 Pinterest
Not all ghosts want to scare; some just want to visit you and give an important message of peace or warn you about something or someone in danger, so pau attention to all the small details.

How to identify if there are real Ghosts? 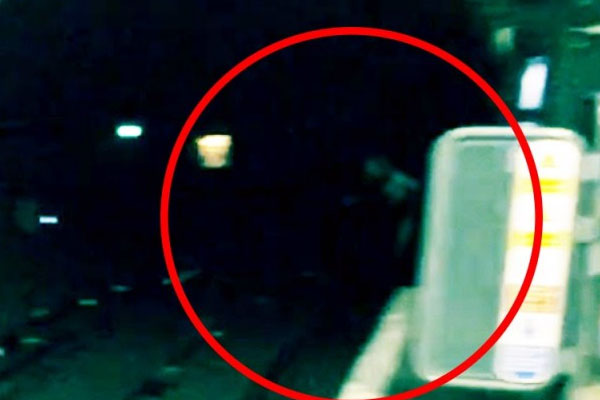 Pinterest
Many of these identities are living on a different dimension making them feel as if they were still alive, and that is why we can't understand or see them clearly.

Ghost don't show up as they do in movies 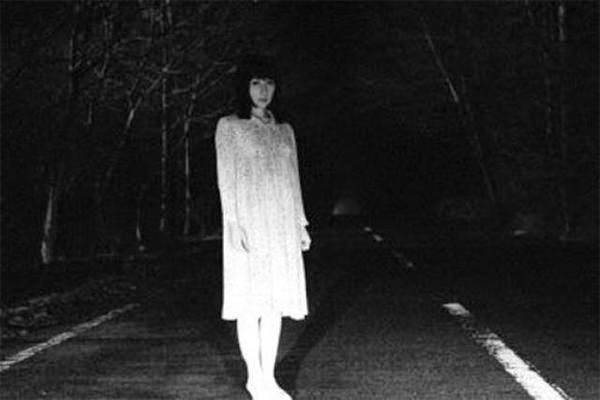 Pinterest
In this type of situation to recognize if there is actually something in your house or room is the great load of energy you will feel so overwhelmed and uncomfortable. 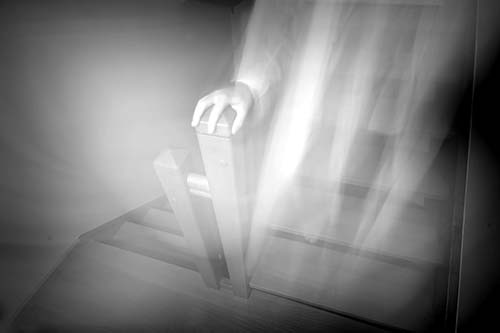 Pinterest
Cold spots are a classic of haunted places, and any noticeable variation in temperature without apparent cause may be evidence of a ghost. So pay good attention to these signals. 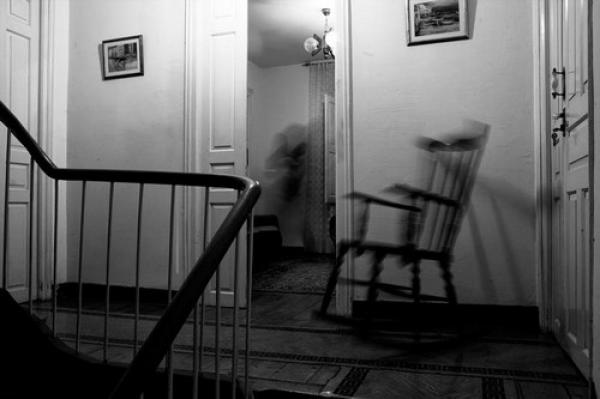 Pinterest
People often say that at night is when the spirits appear, but this happens at all times. Asos, blows, sounds of something that is creeping. Occasionally, these noises may occur subtly and at other times they may be very strident.

The Feeling of being seen 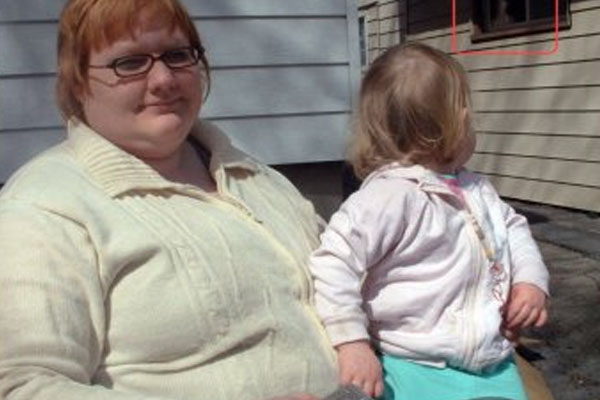 Pinterest
This happens all the time, no matter if you are in the middle of a family dinner or in the theater watching a movie, the feeling is really scary or confusing, and it could come from a paranormal source and more if it happens more than once in the same place in different hours of the day. 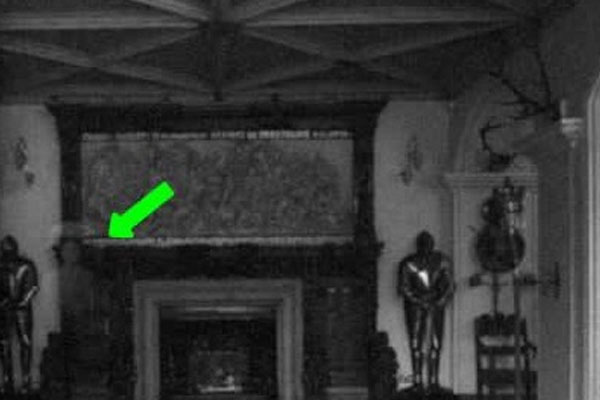 Pinterest
Everybody has heard strange sounds when we are home alone and bored, and sometimes not only that but seeing things as well, for example the tv being turned on in a different room or the light going out.

The feeling of being touched 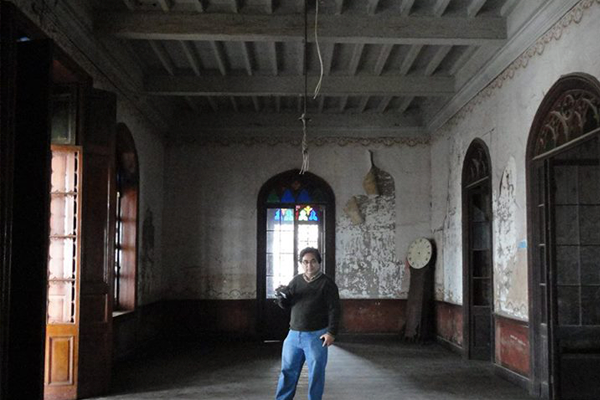 Pinterest
The feeling of being watched is one thing, but feeling that you are touched is something extremely different. Some people feel something going through them, or something that touches their hair, or a hand on the shoulder. 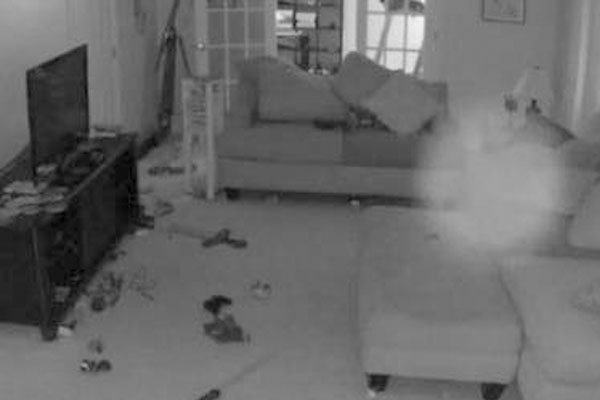 Pinterest
Any animal and even your own pet can detect easily the presence of a paranormal identity, reacting with barks, fear or even anger. Pay attention to their unusual behavior, and to the direction they stare because it might be something there. 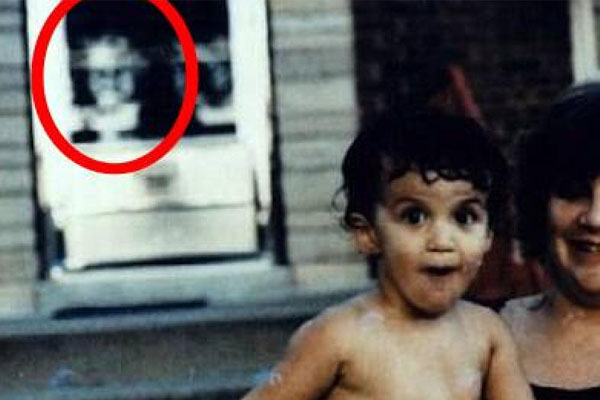 There are Light Spirits and Dark Spirits 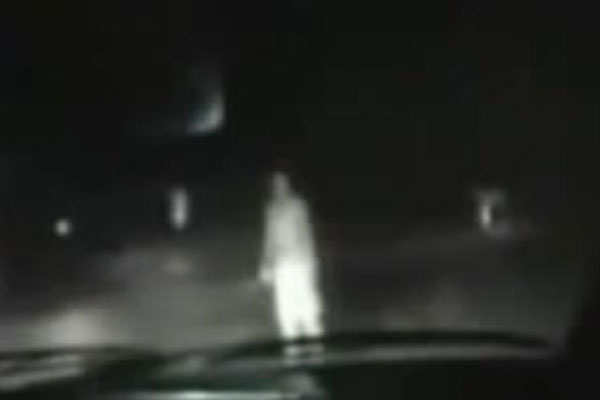 Pinterest
Where good spirits inhabit there are not bad ones so is better to have the good once on our side protecting us. If that's not the case, just be careful with dark entities.

Dark entities appear if they are invoked or annoyed 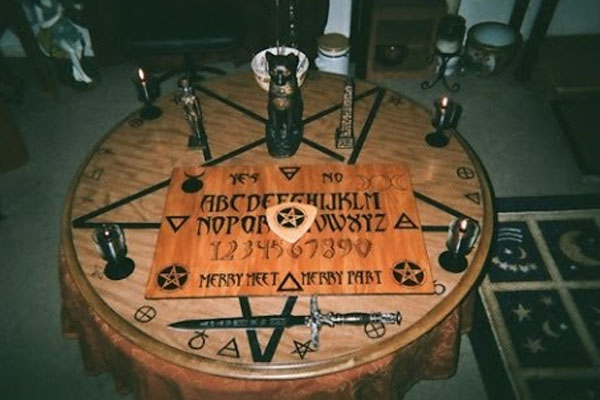 Pinterest
This is the reason why playing Ouija or playing with the future is not a good idea; it could bring to this normal plane, dark entities that are ready to take away your peace and energy. But if you still want to play with these games, you should be advised by someone who knows anput the subject.

How to recognize a good from a bad ghost? 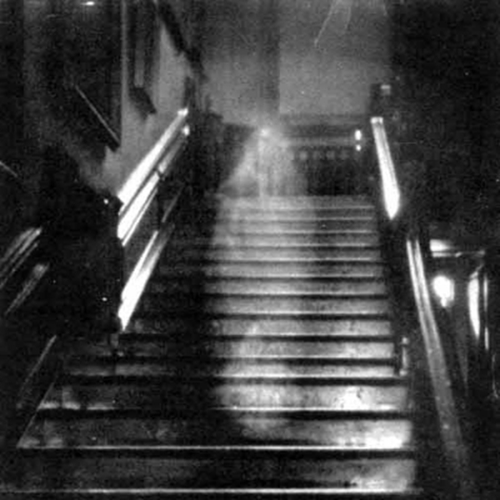 Pinterest
It's really easy to recognize one from the other. There are some guidelines that, according to experts, determine what is normal entity (good) or a dark entity (bad). And here we share them with you...

The Smell of a fragrance 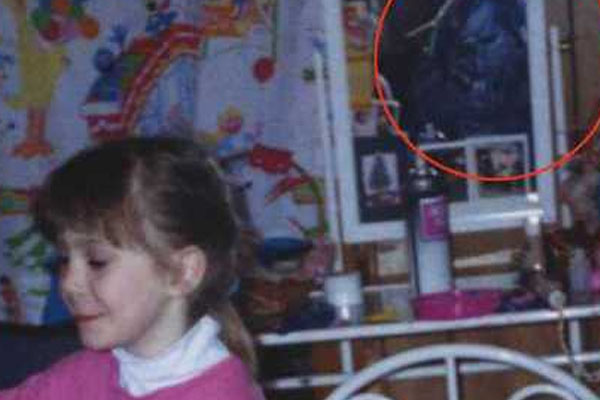 Pinterest
When a good spirit visits you, it usually appears in the environment, a pleasant fragrance, as the smell of flowers, sweet or even the smell of a person who came to visit in the real world. These are good spirits who are taking care of you.

The Feeling of peace 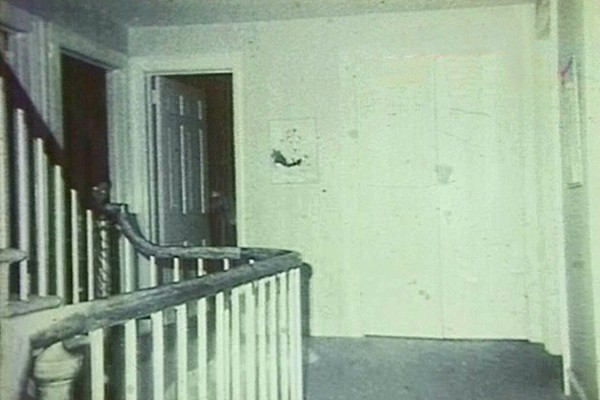 Pinterest
When you enter a room and get the feeling as if there is a person or a strange heavy energy, but there isn't anybody, it might be about a spirit that was going around and decided to go somewhere else, leaving you in peace.

Severe pain anywhere on the body 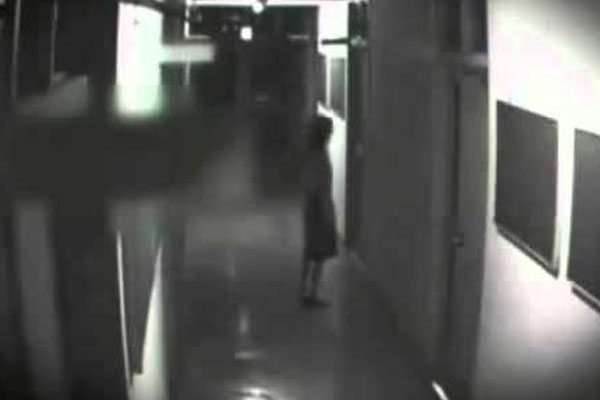 Pinterest
It might be the feeling of stress, but getting a strong feeling of pain in a certain part of your body, it can be the signal of a bad presence, so don’t panic and try to keep the calm.

Unexplained fear of being in one place 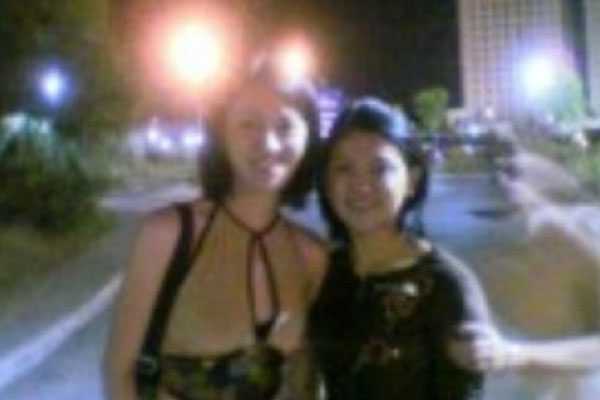 Pinterest
These types of presences, unlike the good ones, can appear as dark or deformed shadows leaving you cold and with fear. The simple fact of feeling fear and stress indicates that it is something bad around.

We are surrounded with energies 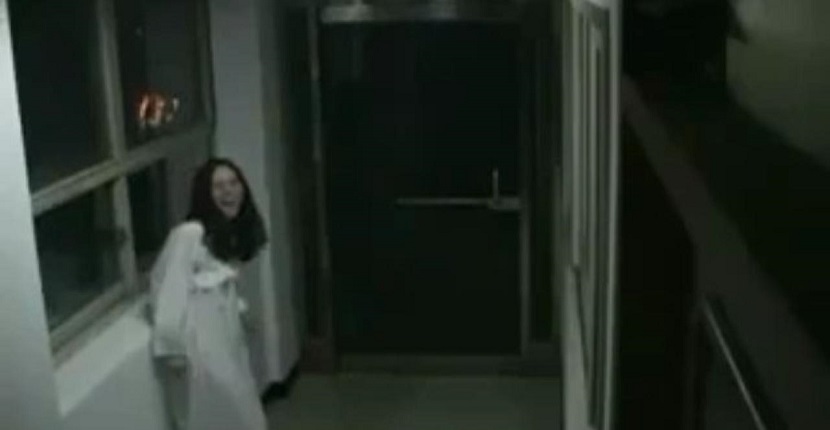 Pinterest
As you can see, it is a very controversial and interesting topic among all cultures, since religion and science mix, but it's up to you to believe or no in these things.

Get help from an expert 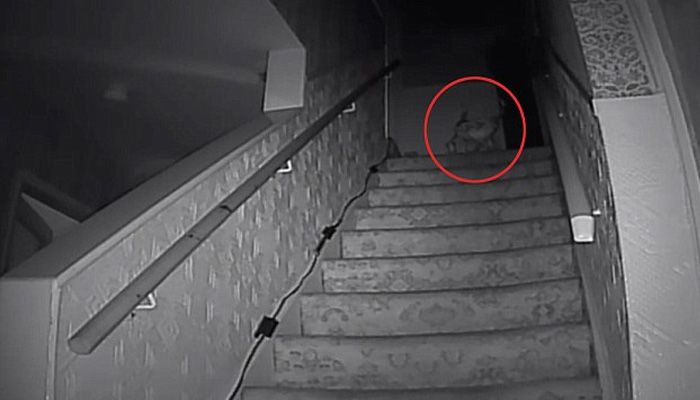 Pinterest
If something similar has ever happened to you, it's important for you to understand about these things and keep the calm, and get it contact with someone who knows how to manage it, because normally people who experience this type of situation usually are gifted with a special energy and wisdom.
Compartir este artículo
Mundo.com