These people had the most genius costume ideas ever

When you have to go to a party wearing a costume it is really complicated to find the right one, we want to be the only dressed as the character we are going to choose, we need too much imagination and creativity. We know that the most famous characters are going to be choosen by many people and that’s why we need to make a little work to make an awesome costume.

These people are very creative and they get their costumes of their favorite characters but giving their own style and some of them are going to make you laugh. If you need some inspiration for your next costume, these ideas may help. 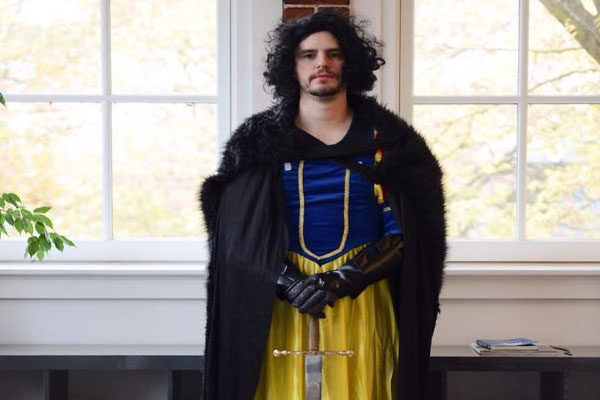 What is better than making your original costume by matching two characters? Snow White and the popular Jon Snow. Just by looking at this costume we already know who is it. 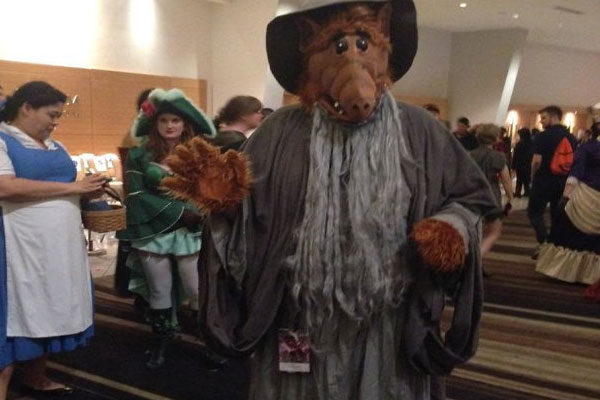 This is Alf, without any doubt he has won with his creative costume, we better hide our cats or they may dissapear by a magic trick. 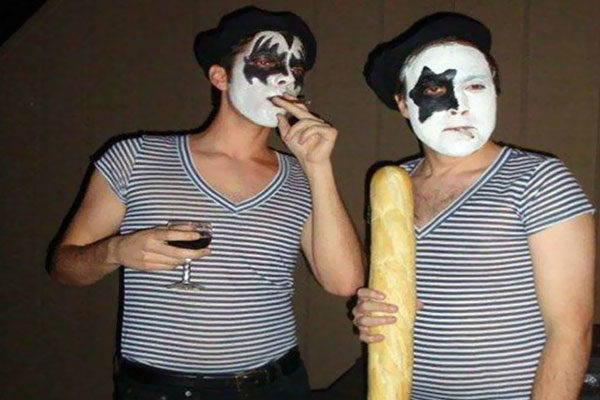 These French guys are rocking it, we all have heard about the famous French kiss and they decided to get a costume of a French KISS. Someone wants wine while listening to Rock. 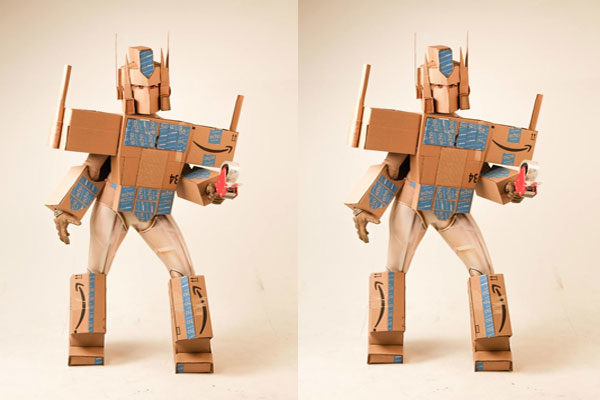 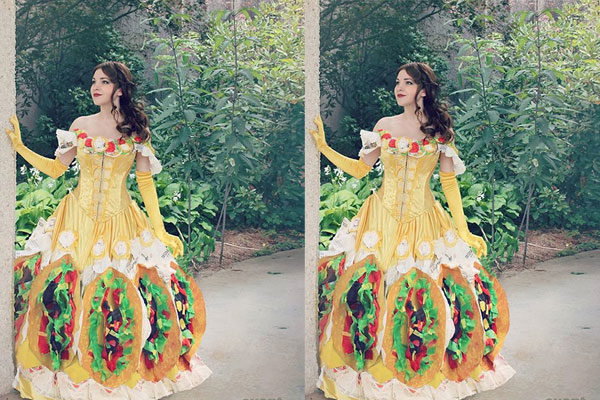 This is the facial expresion we make when we see the waiter coming with our food. It seems that bella loves Tacos, and even she tranformed her dress into delicious tacos. 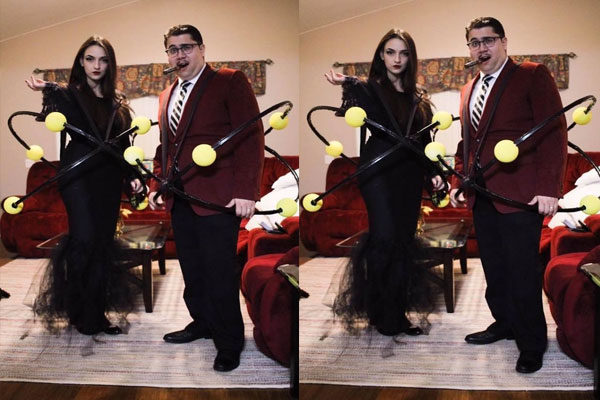 Adams family will never stop surprising us and this time they became scientists with all the electrons around them. Now they are atoms. 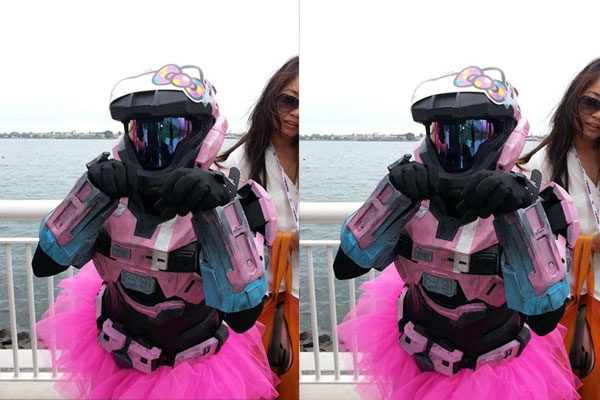 For gamers, this is the perfect costume, they know what is Halo about, and this player made his costume with a little style and let's be honest when we saw it we smiled. 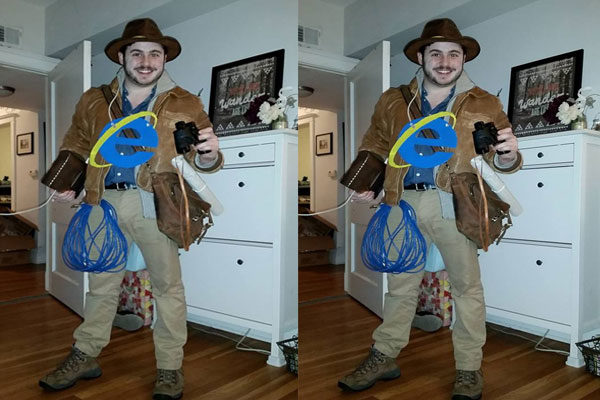 The same way as him, we are on a tangled web. This explorer is ready to search and going out to have some dates with someone. 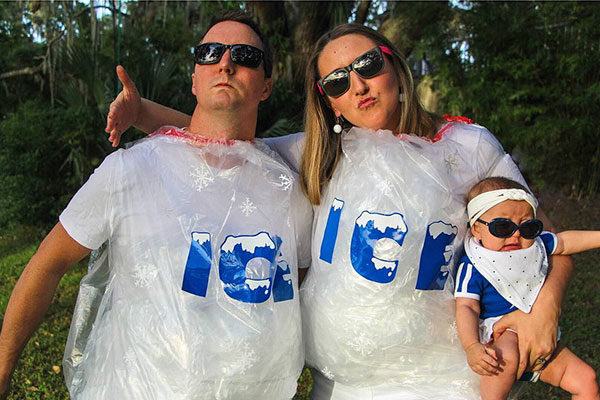 We all have listened to this song. Well, at least the older people. They are wearing the best family costume ever. 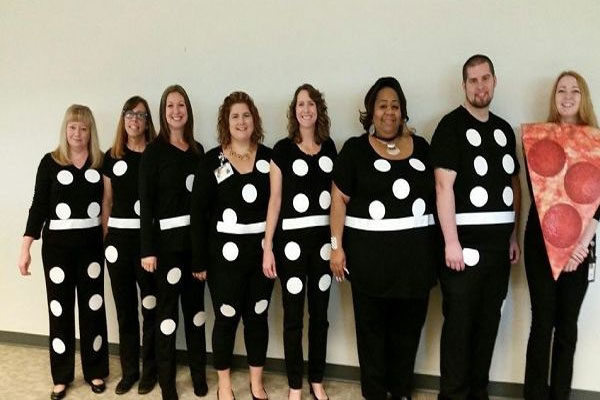 Playing dominos was one of the best hobbies in the 90s. It was always better playing and eating a good slice of pizza. Did someone order Domino's Pizza? 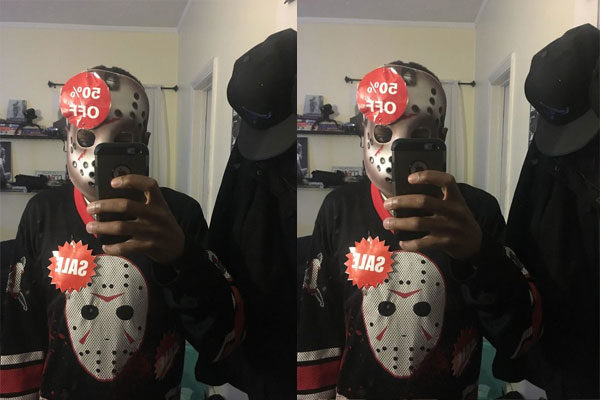 Friday the 13th, full of scary masks and sales to die. His costume says it all, we just have to wait it doesn't scare the people at the supermarket. 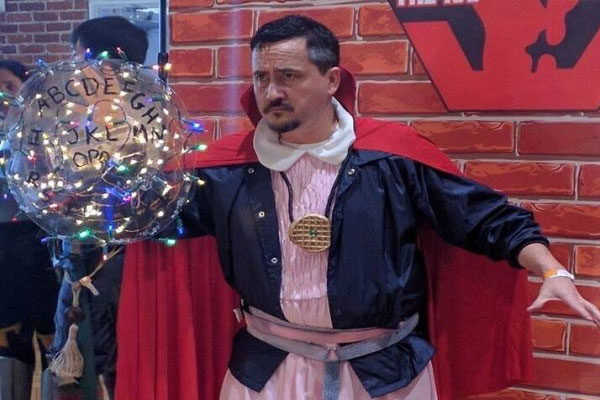 What a better way of being creative that matching two series that we couldn't stop watching. We are sure that he noticed that something strange is happening here. 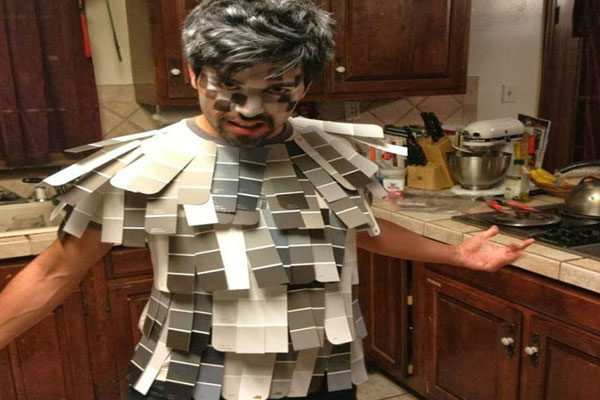 50 shades of Gray  and even if we thought that it was impossible habing different tones of gray, he is showing us that it is possible. 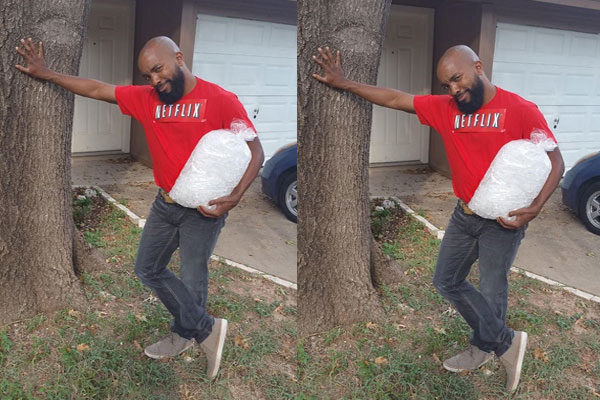 If Netflix and chill was a person, it could look like this. It is really hard to choose movies or series. 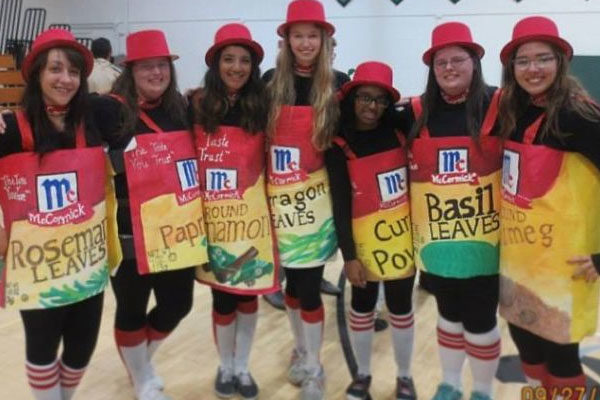 These girls are taking us back in time, to the 90s. Great memories and these are spicier than the old ones. 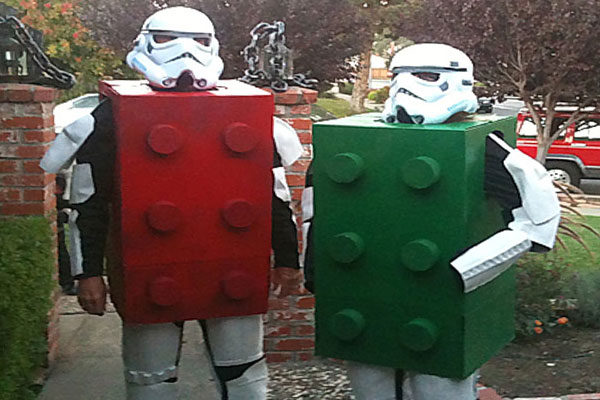 What is better than legos and Star wars matching? we can spend many hours having fun and we may have a Star Wars marathon. 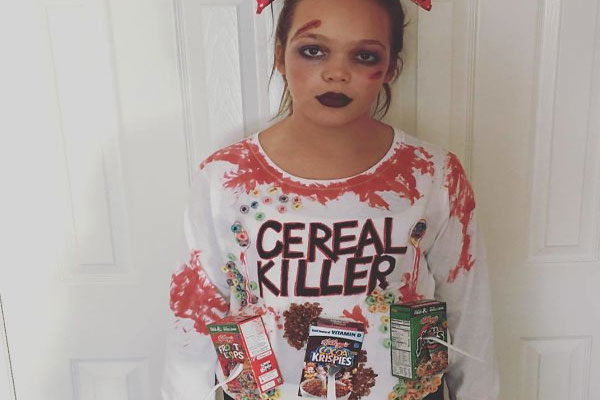 This cereal killer is ready to finish every single cereal boxes that are in the kitchen. 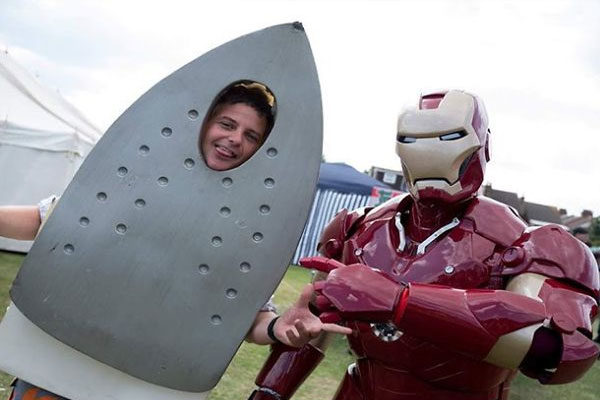 This super hero is taking some to greet his fans, as we see his fan wearing red is really excited about meeting him. 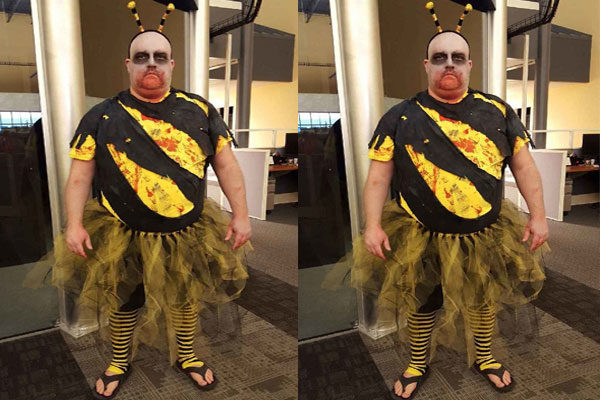 This small bee seems to be from a zombies movie. It is better to take care or we are going to have a zombie apocalypse. 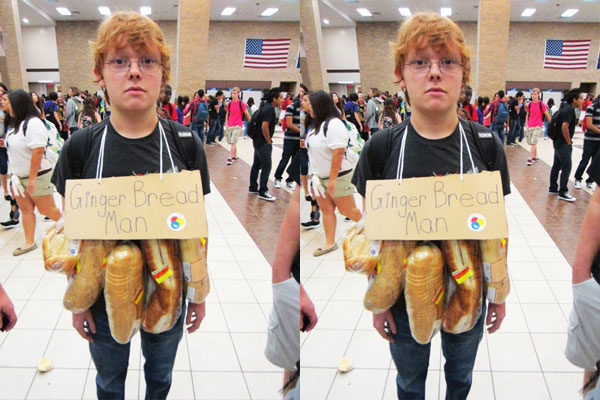 Every kid at his school was having fun about his look, so he decided to take advantage of this and he created the best costume. Does someone want ginger bread?
Compartir este artículo
Mundo.com