Most of us would like to forget certain pictures taken during our teenage years; maybe it is because we wore braces or because we had a terrible fashion sense. You might think that celebrities were always flawless, but the truth is, most of them had a pretty normal life before they became famous.

In this post, you’ll find many celebrities like Mathew McConaughey, Lady Gaga, and Britney Spears when they were just teenagers posing for their prom picture. You’ll see how much they’ve changed over the years. 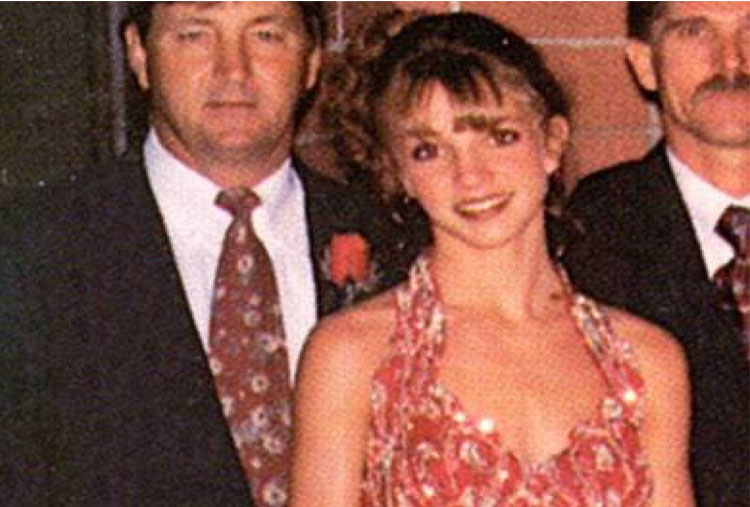 Source: www.allnight.com
In this picture, we can see a young and adorable Britney posing for her graduation picture. The Pop princess had a rather childish style but she still looks beautiful. We wonder who her date was that night, but we’re pretty sure he hasn’t forgotten any detail about that night. 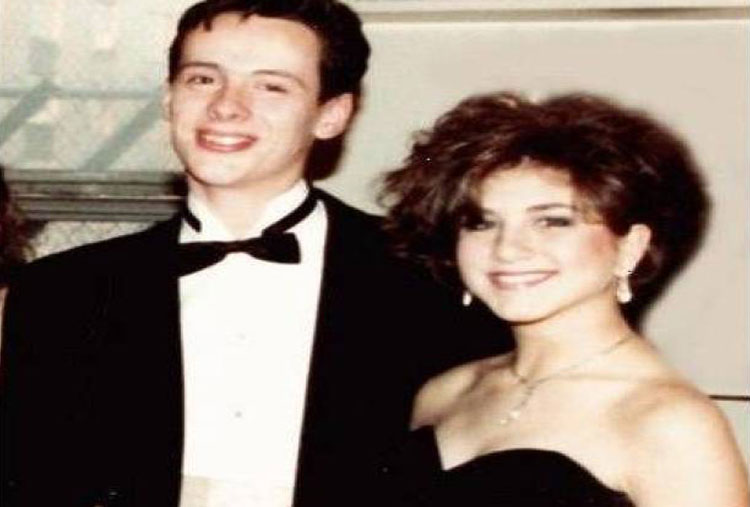 Source: www.allnight.com
Jennifer Aniston is one of the most popular actresses of her time, thanks to her role as Rachel Green on the television sitcom Friends. She was named “The Most Beautiful Woman” by People Magazine in 2004 and 2016. Her prom date was indeed a very lucky guy! 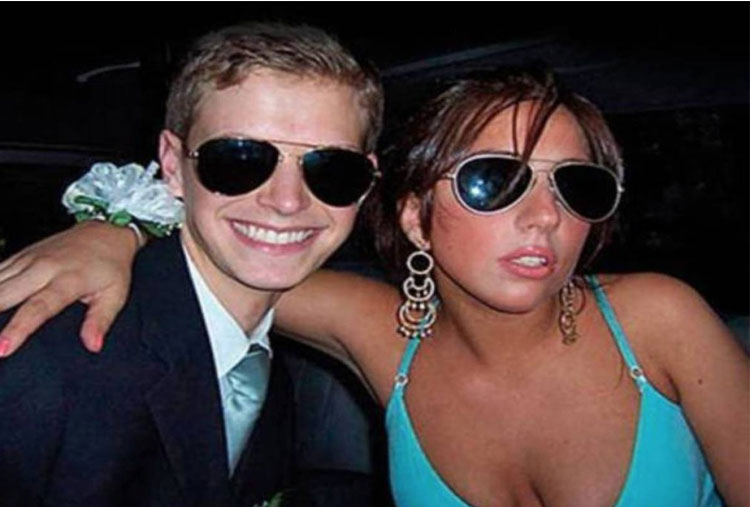 Source: www.allnight.com
Wow, who would have thought that girl is Lady Gaga? The successful singer started her career as a songwriter for Sony/ATV Music Publishing and it was Akon who recognized her vocal abilities and helped her get a deal with Interscope Records. In her prom picture, she posed as if she were already a superstar! 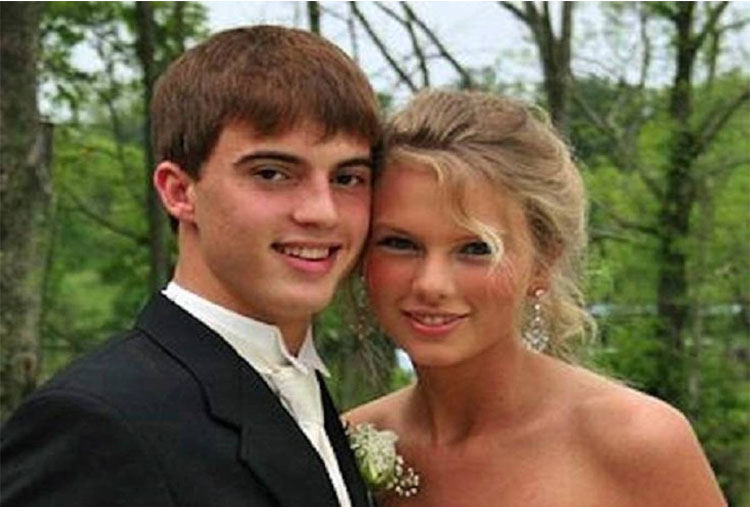 Source: www.allnight.com
A young and innocent Taylor Swift poses with her date for their prom picture. You’re probably wondering; did she also write a song about this young man? If she didn’t have a good time that evening, she probably wrote a song about it. 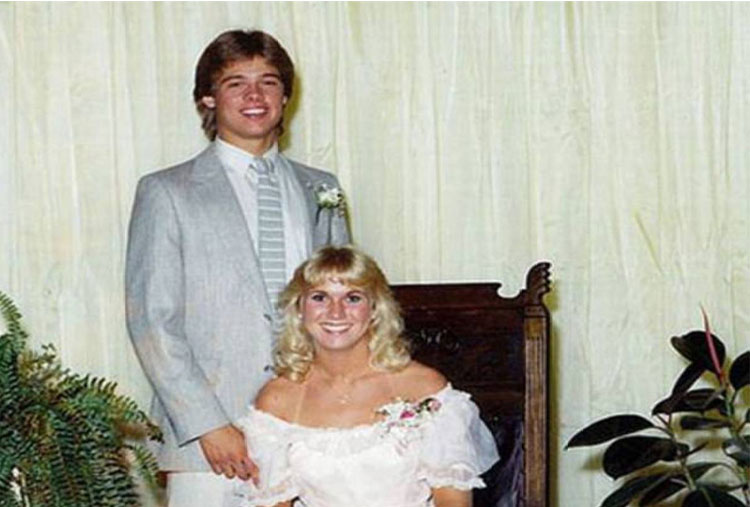 Source: www.allnight.com
Can you imagine telling your children that you went to prom with the incredibly handsome Brad Pitt? Well, the lady in the picture certainly can! Brad looks just as handsome as he is today. Since his date is wearing a white dress, someone might think this is a wedding, not a prom picture. 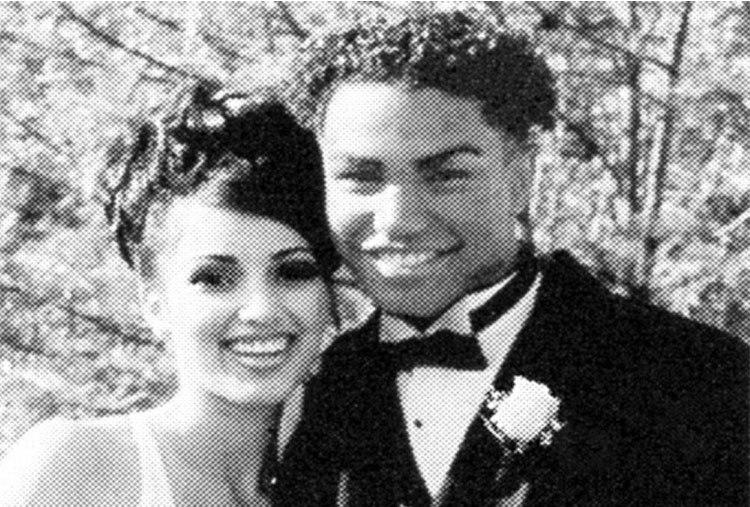 Source: www.allnight.com
Kim Kardashian is one of the most popular TV personalities and she has become a millionaire thanks to her clothing line, a photo book and even a mobile game. In her prom picture, Kim looks so different; little did she know that she would become such a popular personality a few years later. Numerous people have said that Kardashian is famous for being famous. 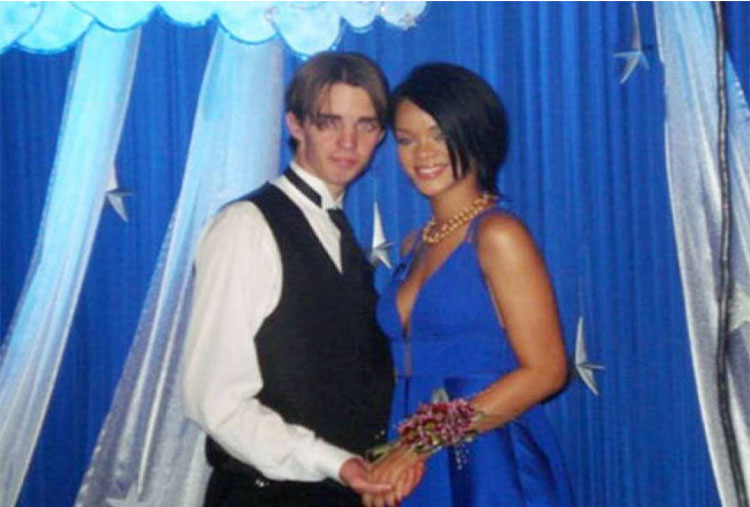 Source: www.allnight.com
Rihanna proves to everyone that she is a natural beauty, judging by this high-school picture, she looks as beautiful as she is today. Rihanna has said in the past that she was not very popular in school but the boy in the picture looks really proud to be her partner. 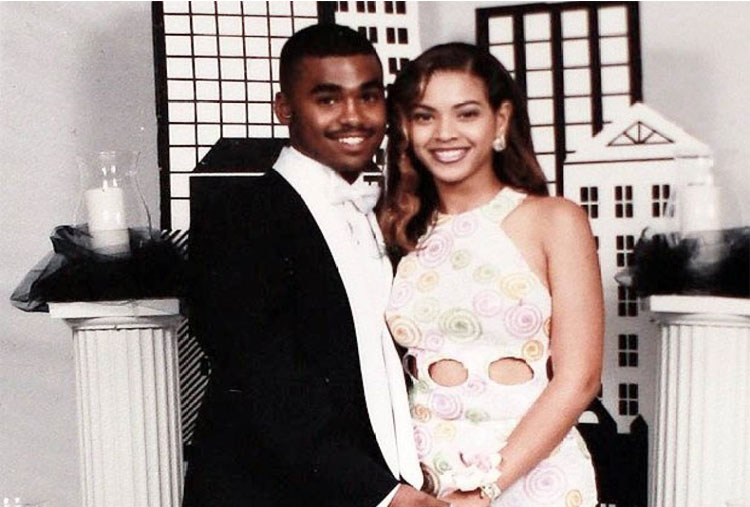 Source: www.allnight.com
The famous "Queen B" looked spectacular in that white dress; apparently, Beyoncé always had a great sense of fashion. We do not know who the young man in the picture is but they look great together, let’s just hope Jay-Z doesn’t get jealous. 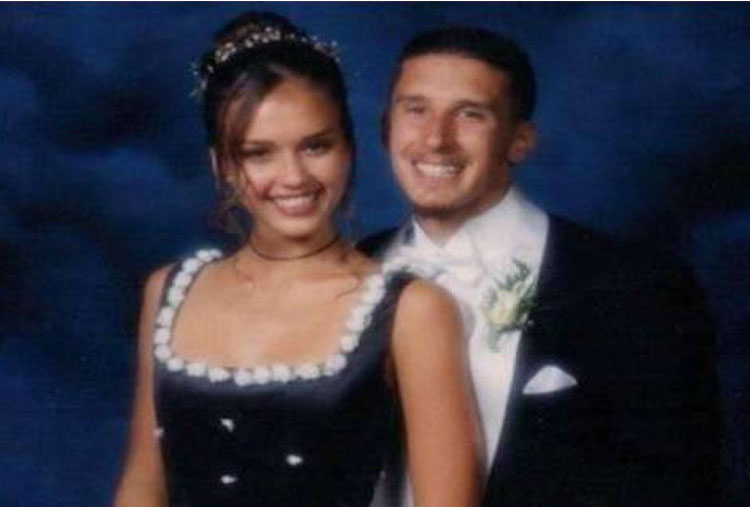 Source: www.allnight.com
A younger Jessica Alba looks as beautiful as she is today, her dress might not be the most stylish one, but who cares, she looks really happy. Her date is also smiling because he knows how lucky he is. Jessica has said in several interviews that she was bullied in school, we’re pretty sure none of those bullies is as successful as her. 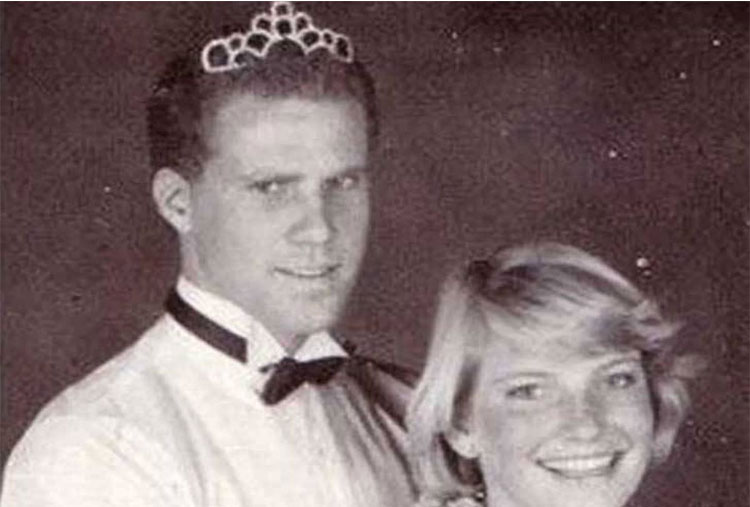 Source: www.allnight.com
Will Ferrell has become a very successful comedian and actor, but we can barely recognize him in this picture. He definitely had a great sense of humor since his high school years; just look at him wearing that little tiara, Will was definitely the class clown and his date probably had a great time that night. 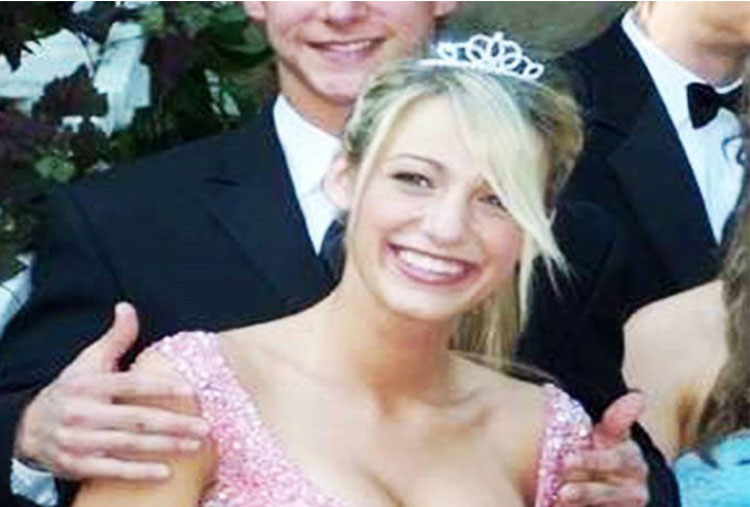 Source: www.allnight.com
Blake Lively is one of the most beautiful actresses of all time. She always looks stunning in every red carpet event and her gowns fit her perfectly. Someone cut out her date’s face, but we’re pretty sure this guy was one of the luckiest teenagers on that prom night. The beautiful actress is now married to Ryan Reynolds. 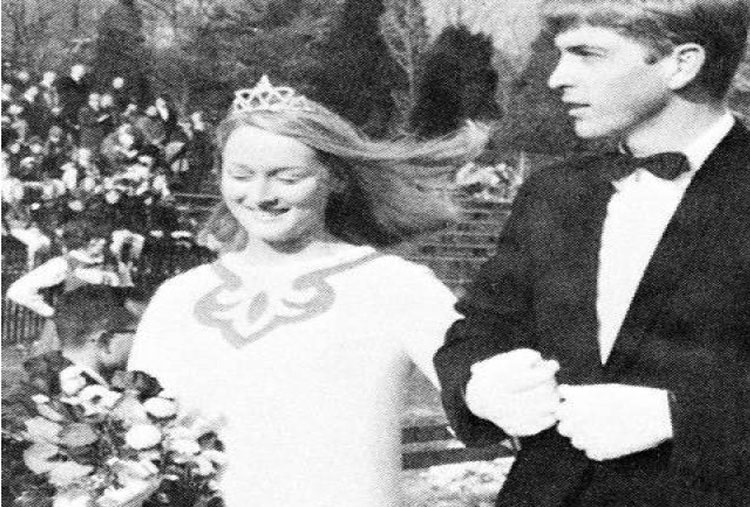 Source: www.allnight.com
Meryl Streep is known as “the best actress of her generation”; she has an undeniable talent and the ability to transform into the character she plays. Her graduation picture looks as if it were her wedding day because she is wearing a white dress and holding a flower bouquet. Streep has always been an elegant and beautiful woman. 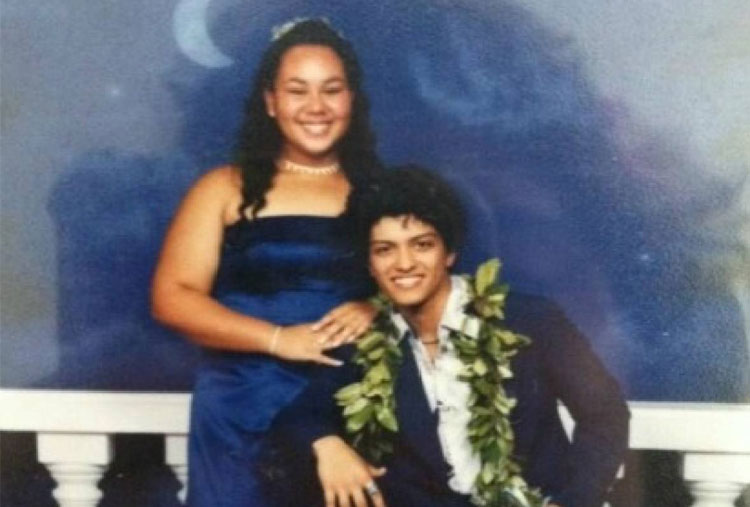 Source: www.allnight.com
The famous singer of "Just the way you are" looked quite happy on his prom day. The Hawaiian-born musician has sold over 100 million singles and albums worldwide. In 2013, he was ranked number one on the 30 under 30 list, by Forbes magazine. 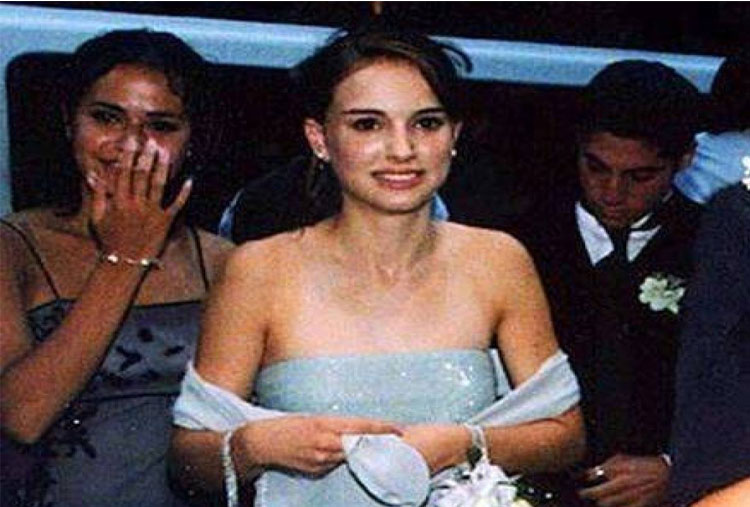 Source: www.allnight.com
The famous and spectacular Natalie Portman wore a beautiful light blue dress for one of the most exciting days for teenagers, although in Natalie’s case, she had already appeared in a few movies by that time. Judging by this picture, she looks a little nervous, too bad her date is not in this photograph. 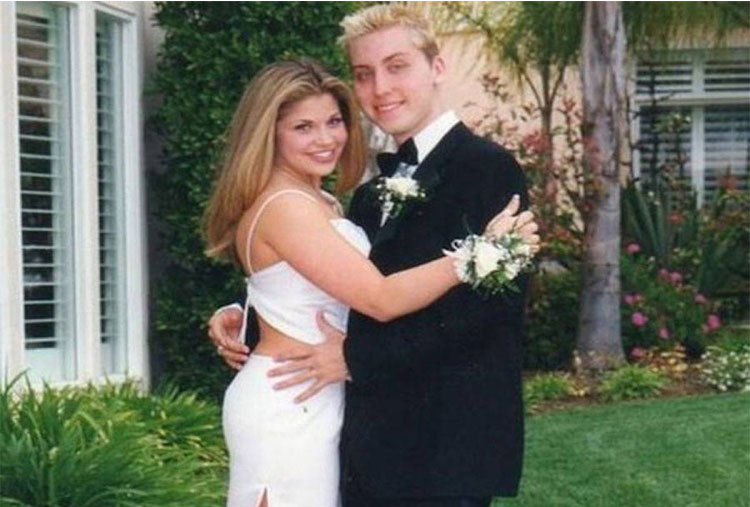 Source: www.allnight.com
One of the most famous couples during 2000 was Danielle Fishel, who is known for her role in the TV sitcom "Boy Meets World", and Lance Bass, the singer of the famous boy band N’Sync. Who would have thought two celebrities went to prom together? 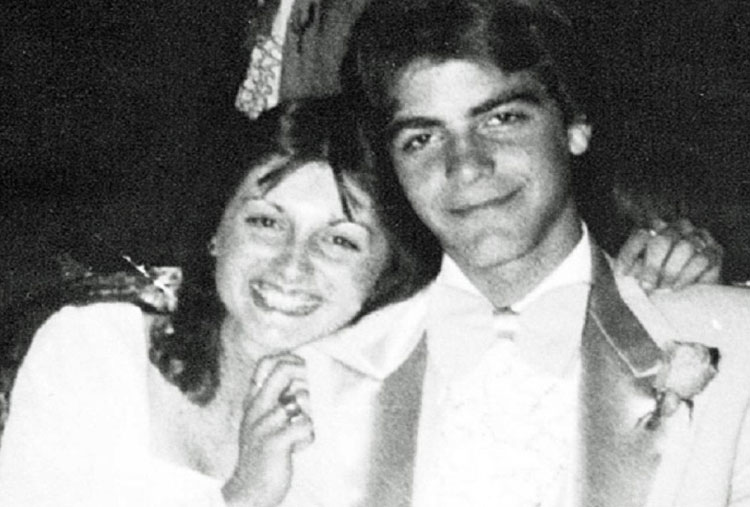 Source: www.allnight.com
It was a bit hard to recognize George Clooney in this picture, even though his eyebrows, smile, and chin remain the same. Clooney’s date looks extremely excited in the picture, but let’s face it… who wouldn’t be? He is one of the most attractive actors in the film industry. 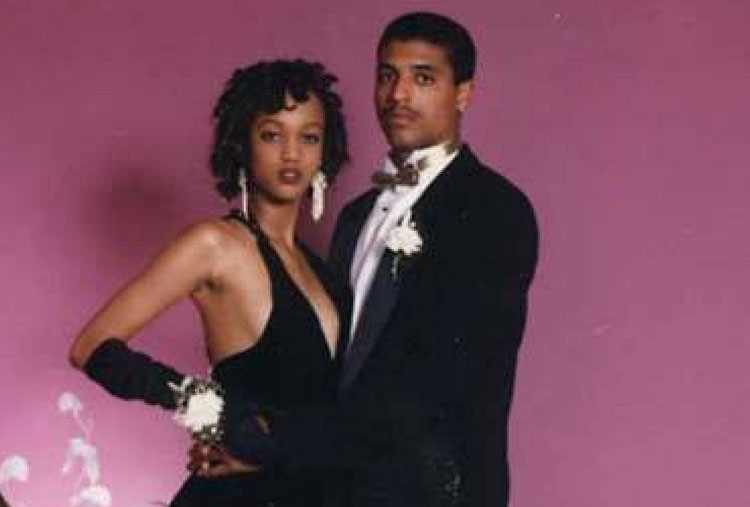 Source: www.allnight.com
We wonder what Tyra thinks of the dress she wore on her prom day, she posed really confidently since she started her modeling career when she was just 15 years old. She looks really sassy and her date is trying to pose as well, but he just doesn’t look as good as her.

Source: www.allnight.com
Matthew McConaughey is one of Hollywood’s hottest actors and a very talented one. Judging by this picture, he has been attractive since he was a teenager, we know nothing about his date, but she is a pretty lucky lady! McConaughey is now married to Brazilian model Camila Alves. 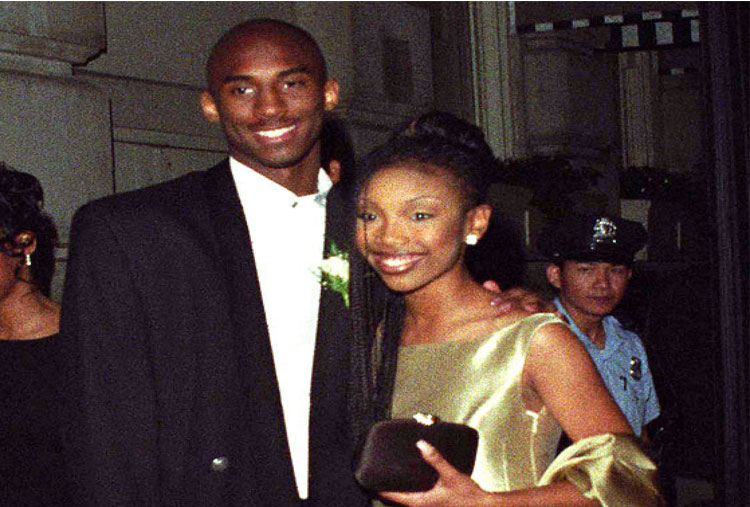 Source: www.allnight.com
This lucky girl was the companion of talented basketball player Kobe Bryant; he entered the NBA right after high school, so this girl probably knew that her date was about to become one of the most successful basketball players. 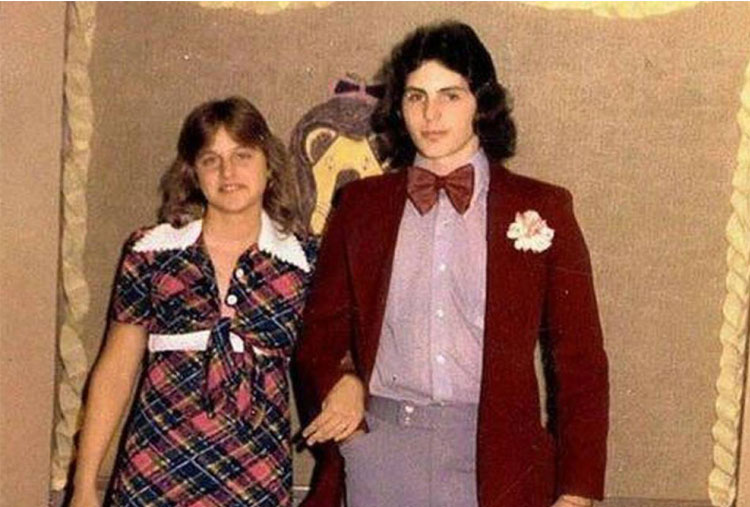 Source: www.allnight.com
She is one of the greatest comedians of American television; she has won 13 Emmys, 14 People’s Choice Awards and many other awards for her work.  When she hosted the Academy Awards, she took one of the most famous selfies of all time with celebrities like Angelina Jolie and Brad Pitt. In this prom picture, we could barely recognize her, she looks so young!
Compartir este artículo
Mundo.com