A tribute for the musician and icon of fashion David Bowie, Spotify and the Brooklyn museum made a collaboration to fill up the subway station in New York, with giant portraits and Fan art of this popular British musician who lived for more than 20 years in New York.

At the subway station in New York, is being the place to play tribute to David Bowie with many portraits, quotes to remember this amazing artist and his music. This happened because of Spotify, where the artist has about 1000 million of followers and perople who listen to his songs. 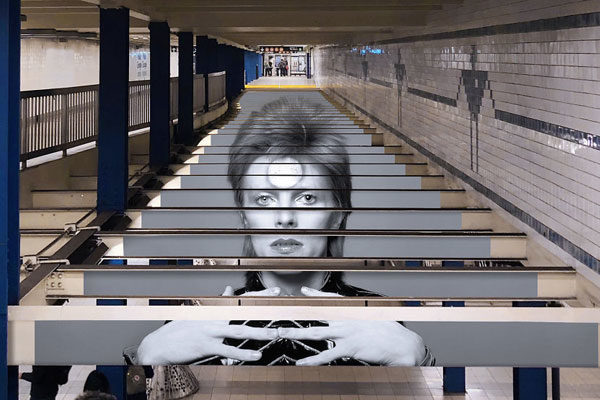 David Bowie was one of the most successful singers for more than five decades, becoming a fashion icon. 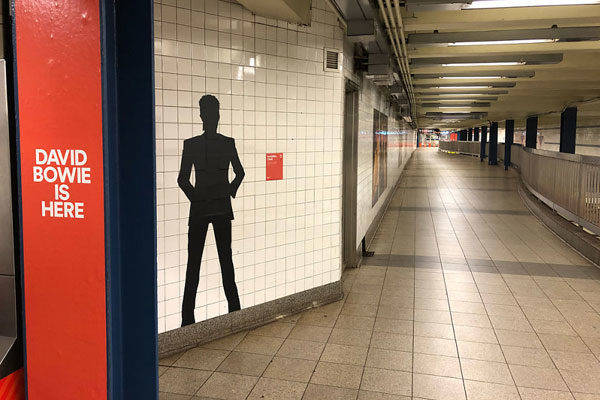 Even if he is gone, he still being a listened in every platform that exist, especially Spotify, so they decided to make a tribute for him. 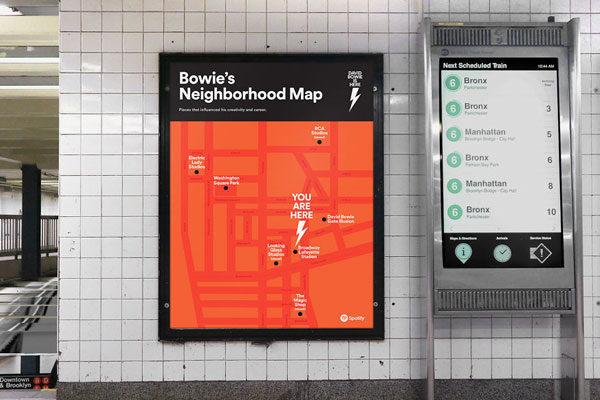 This tribute was called "David Bowie is here" and most of the walls of the subway station were full with Bowie's portraits and fan arts. 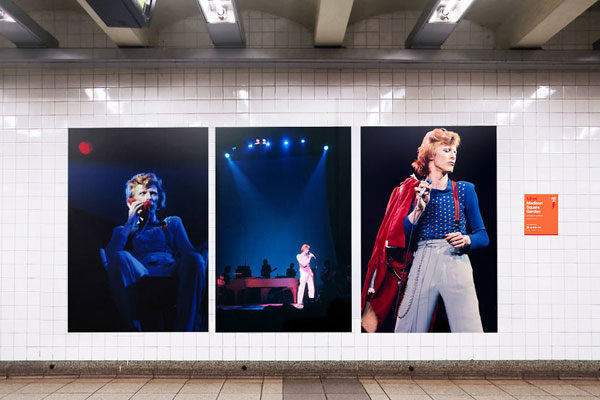 As any poster in New York, Bowie's portraits are big enough to be noticed and visible for anyone who is walking in front of that wall.
1 of 11
Ver más
Compartir este artículo
Mundo.com