These celebrities jumped in these pictures at the right moment. The results are hilarious! - Mundo EN
Celebrity

These celebrities jumped in these pictures at the right moment. The results are hilarious!

The term photobomb is used to describe someone “invading” or jumping into a photo at the very last moment, usually to mess with it in a funny way. We all like to photobomb from time to time and celebrities are no exception: whether it’s a fan photo or crashing into another celeb’s snap, the results are usually hilarious.

From Dave Grohl to Dwayne “the Rock” Johnson, these celebrities went all in and photobombed some of their fellow friends, frienemies, or just another celeb at random. The results are too funny not to be shared! What do you think? 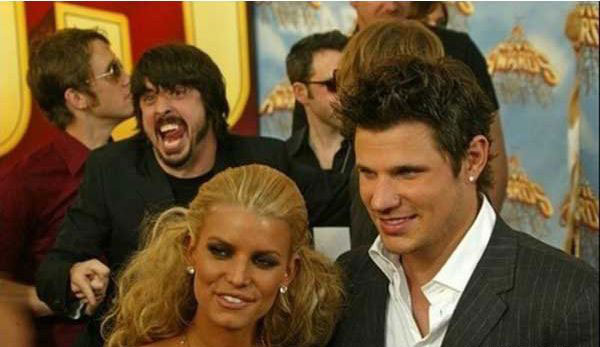 Imgur
This photo would have been a nice memory for Newlyweds Jessica Simpson and Nick Lachey, but Foo Fighters vocalist, the iconic Dave Grohl had other plans. Nick and Jessica separated not long after this so we suppose it wasn't a big deal anyways. 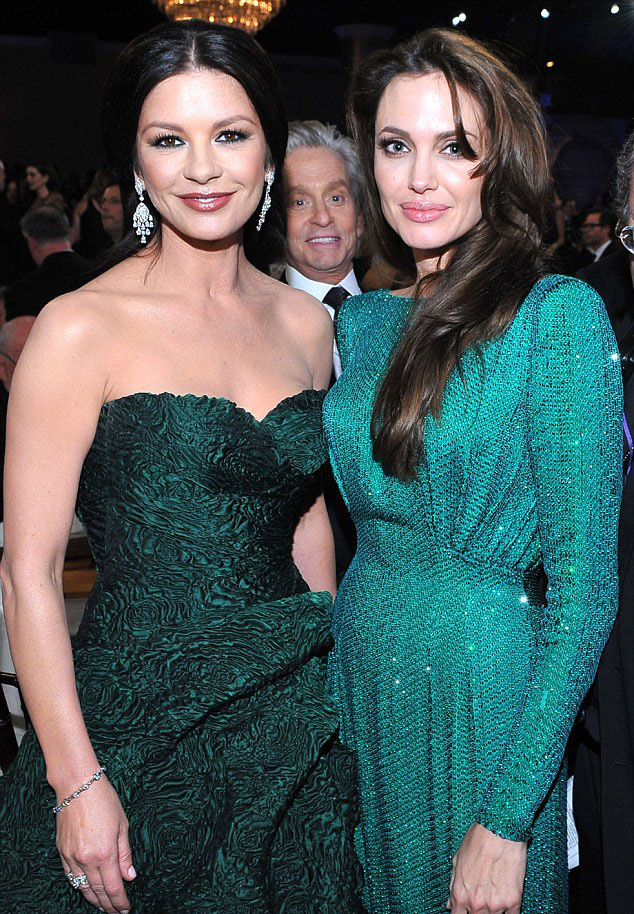 Imgur
Michael Douglas looks ecstatic about the photo his wife and Angelina Jolie were taking right in front of him. To be honest, we would also be that happy, Michael, if our wife was Catherine Zeta-Jones and we had just found out she was hanging out with Angelina Jolie.

Be stylish about it 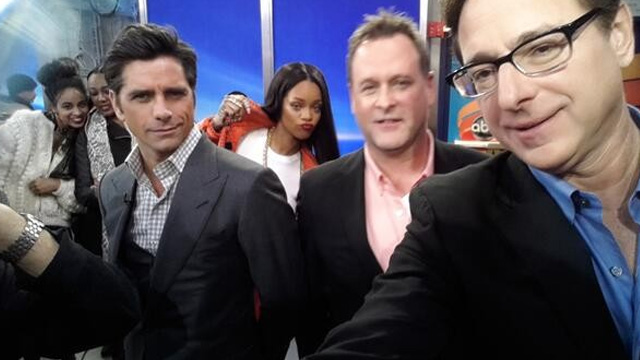 Imgur
Not only did Rihanna photobomb this great photf of the "Fuller House" guys, but she also did it with style. Who wouldn't want Rihanna to be in their photo anyways?

Watch out for the Vampire! 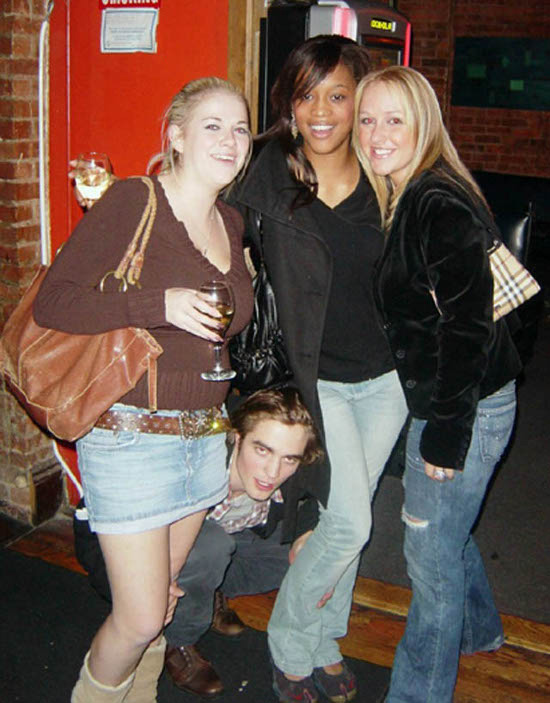 Reddit
Not sure if he was just being silly or on the haunt for a fresh, we mean, young date, but Robert Pattinson of Twilight fame decided crouching on the floor and photobombing this photo was the way to go. 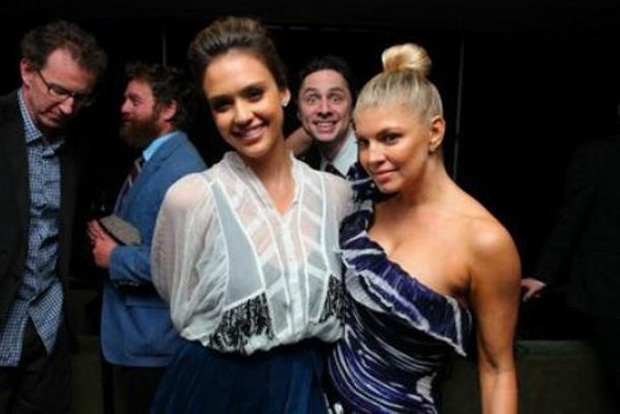 Reddit
Actress Jessica Alba and Musician Fergie posed for what would have been an almost perfect photo... but scrubs actor Zach Braff HAD to get on the way. Not cool man 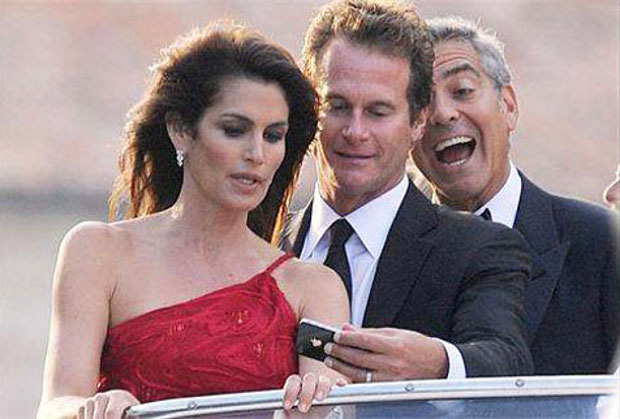 Imgur
This couple was about to take a sweet selfie to remember the moment and George Clooney decided it was the perfect moment to jump into the photo. Perhaps you should cut down on those Nespressos, eh George? 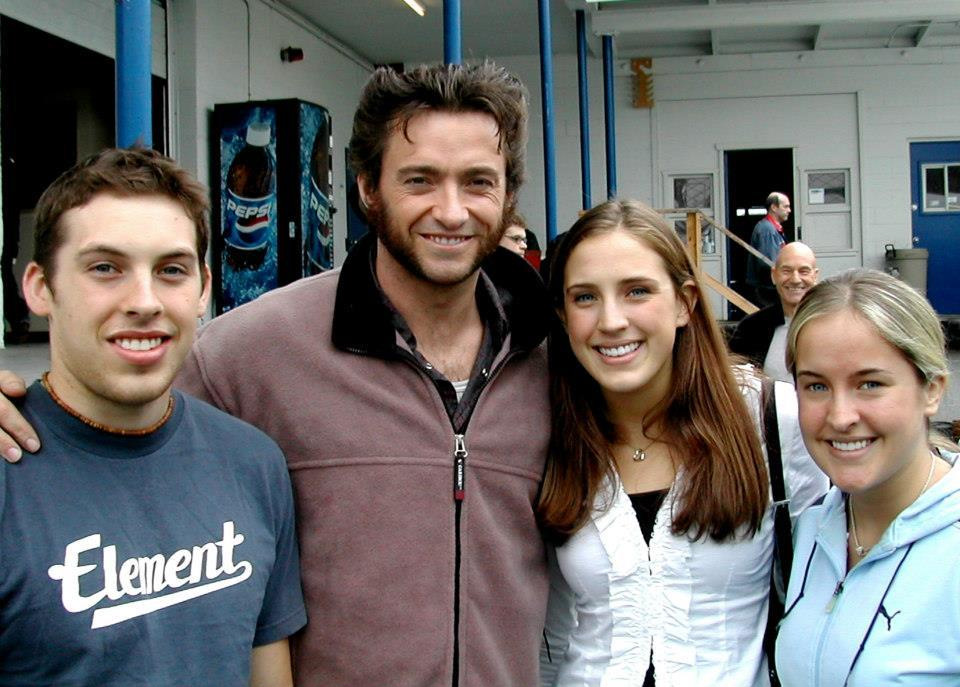 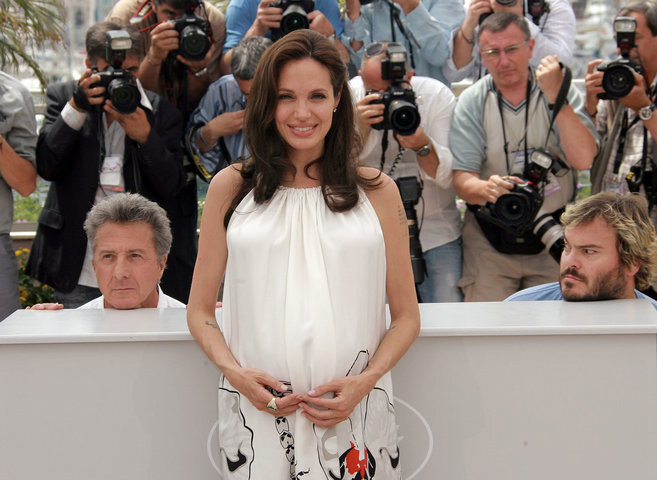 Imgur
In Hollywood, any moment is a good moment for a fun prank, especially if it involves comedy mastermind Jack Black. He somehow convinced Dustin Hoffman to photobomb this adorable photo of Angelina Jolie. We wonder of all those paparazzi were in on the joke too? 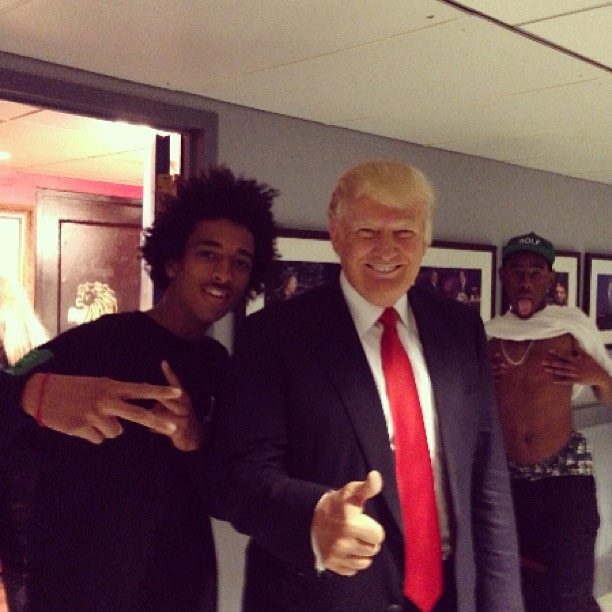 Reddit
Donald Trump took a few minutes to snap a photo with potential voters, he must have thought this would be a funny photo. What he didn't know, was that the joke was on him as Tyler, the creator was being hilarious behind him. As usual, he took to twitter to vent about the photo. So much whining, Mr. Trump! 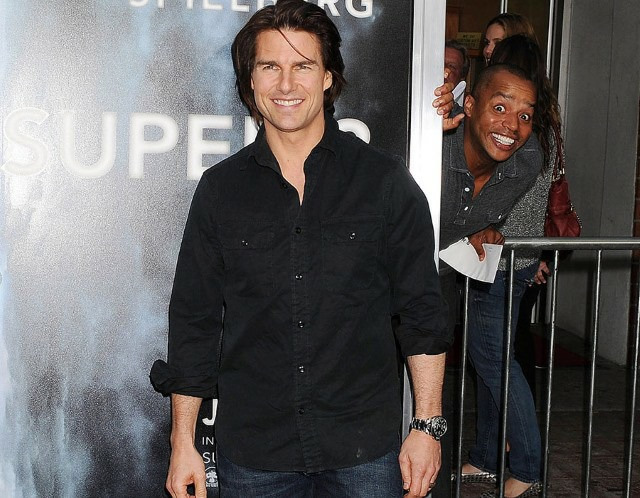 Imgur
We wonder if this is actually the norm during movie premieres? Having so many stars at the same place must just be the ideal setup for photos like these. Tom Cruise had no clue fellow actor Donald Faison was behind him! 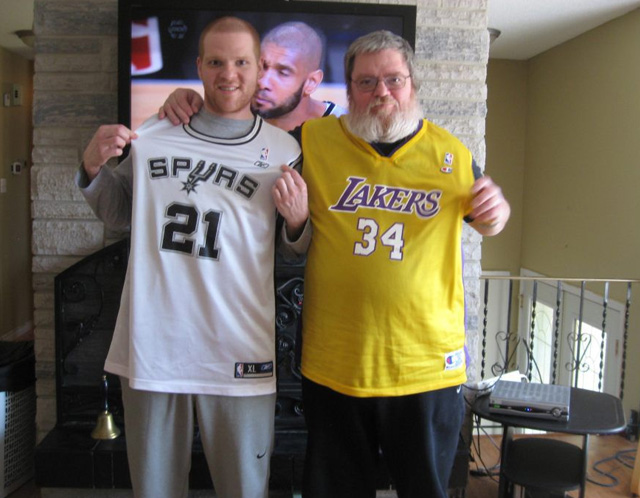 Imgur
Okay, okay, technically this was not meant to be a photobomb, but it's pretty hilarious. This fan was showing his love for the San Antonio Spurs with his Tim Duncan Jersey. Well, apparently he was feeling' it as you can see him in the back being all lovey dovey with his #1 fan. Not planned, yet a perfect moment captured. 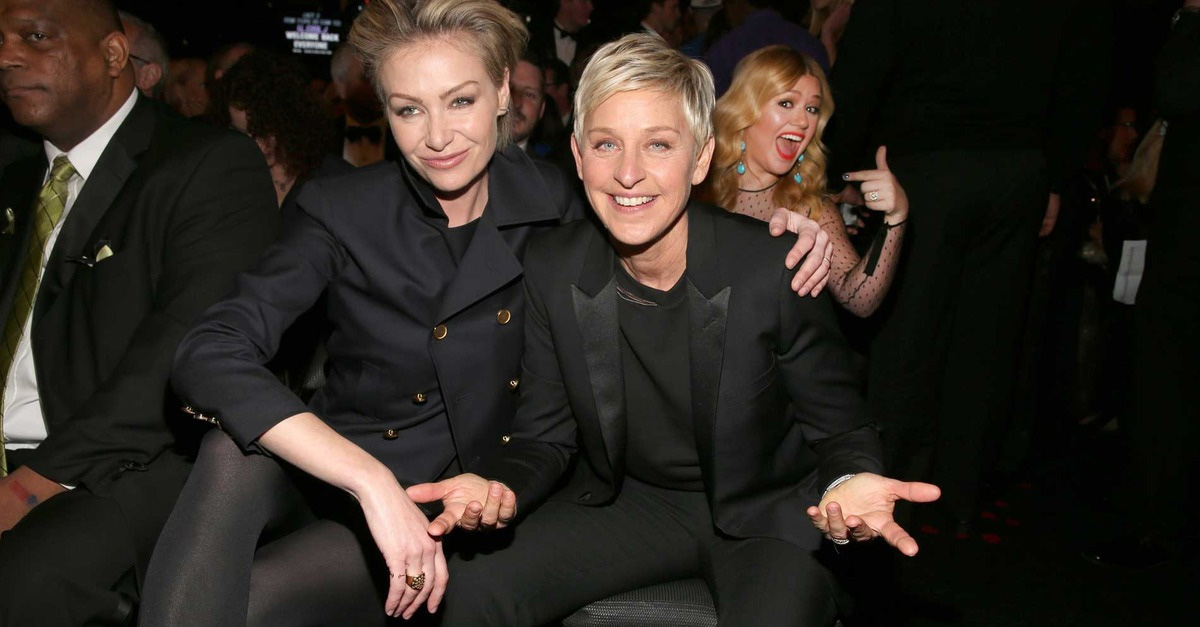 Imgur
We all have our idols, and even stars get starstruck every now and then. Here are Ellen DeGeneres and her partner Portia de Rossi on what they thought was a cute photo. What they didn't know was they had Kelly Clarkson in the back fangirling about the pair.

Creepy or cool? You decide 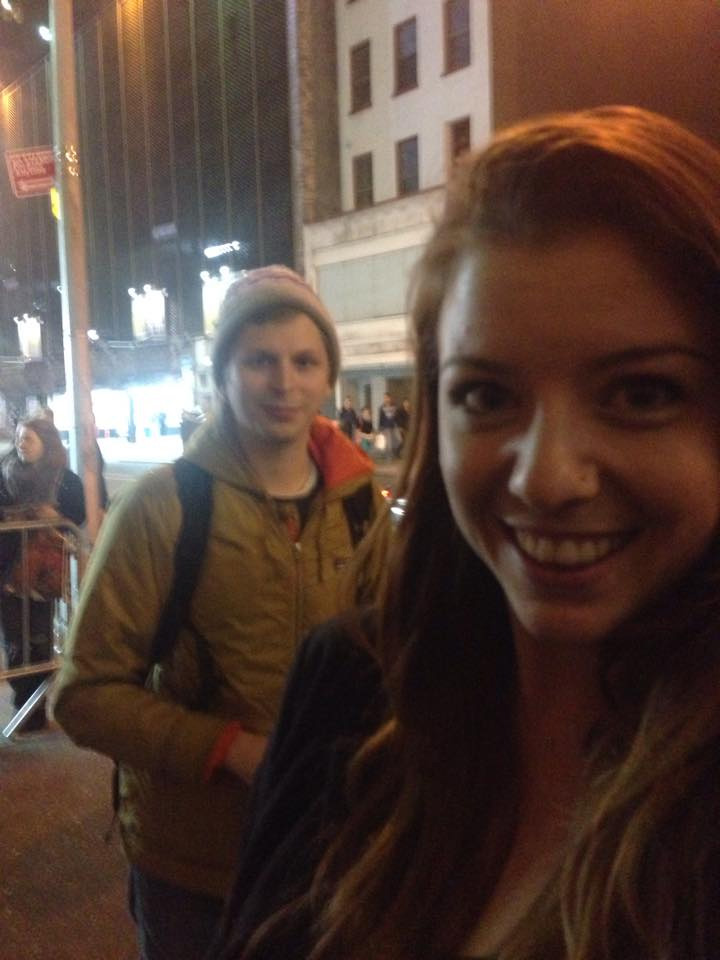 Reddit
This girl was apparently taking a selfie on the street when Hollywood actor Michael Cera suddenly walked by. Either that or she actually planned the photo but we would like to think he was just strolling by when this moment happened lol. 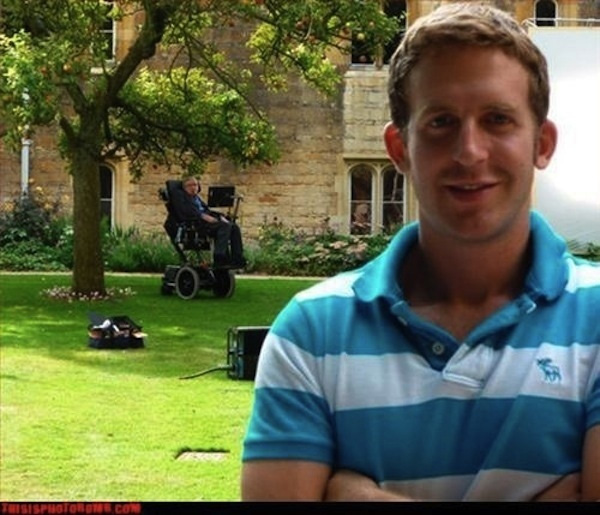 Reddit
This guy wanted to celebrate the fact he got to college and was taking a photo in the campus. We wonder if he or his photographer noticed that the one and only Stephen Hawking was strolling around? What a cool coincidence.

Could he smell what the rock was cooking? 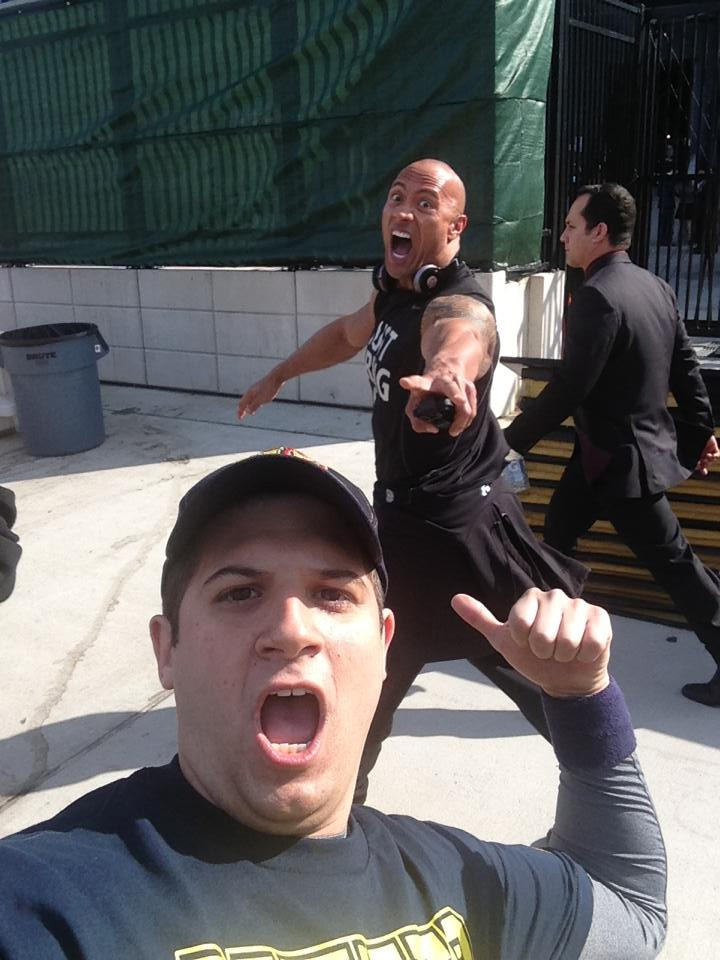 Reddit
This lucky fan was about to take a selfie and noticed Dwayne "The Rock" Johnson was about to walk by. He managed to make an epic nod to the star and well, The Rock also manage to perfectly photobomb this photo. Nice! 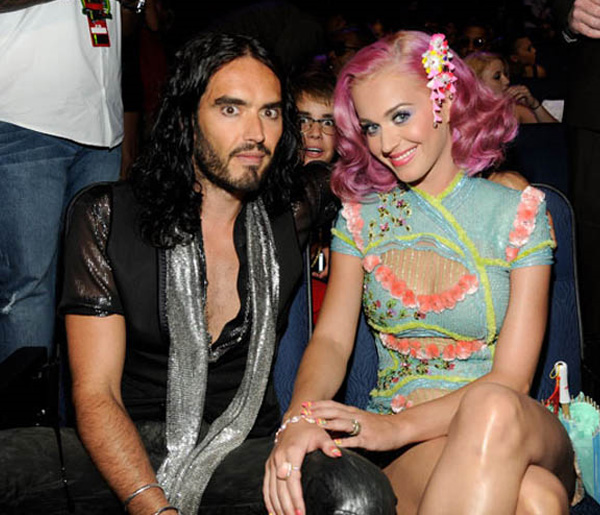 Imgur
Katy Perry and then husband Russell Brand took a commercial break from an awards show they were attending to snap a cute couple photo. What they didn't know was that prankster Justin Bieber was making sure this photo would be remembered because of him. 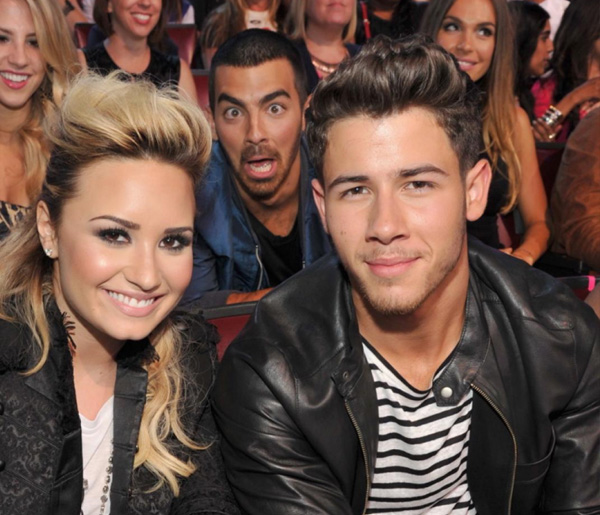 Reddit
Nick Jonas and Demi Lovato were about to take a nice, normal photo but Joe Jonas was not having it. As a good older brother, he had to make fun of baby brother Nick and managed to come up with the silliest face possible. Success! 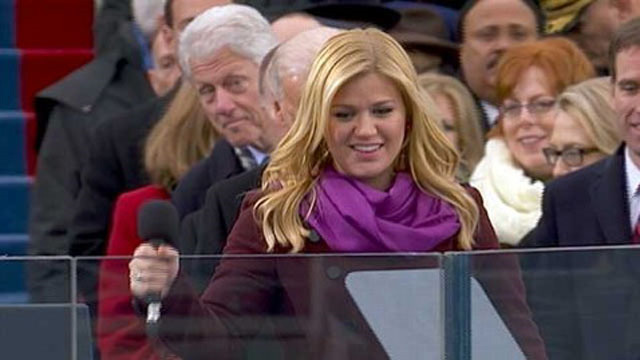 Reddit
Kelly Clarkson was about to blow everyone away by singing the National Anthem, but before she could even get to sing she already had a fan: former President Bill Clinton. We wonder what Hillary had to say about this? 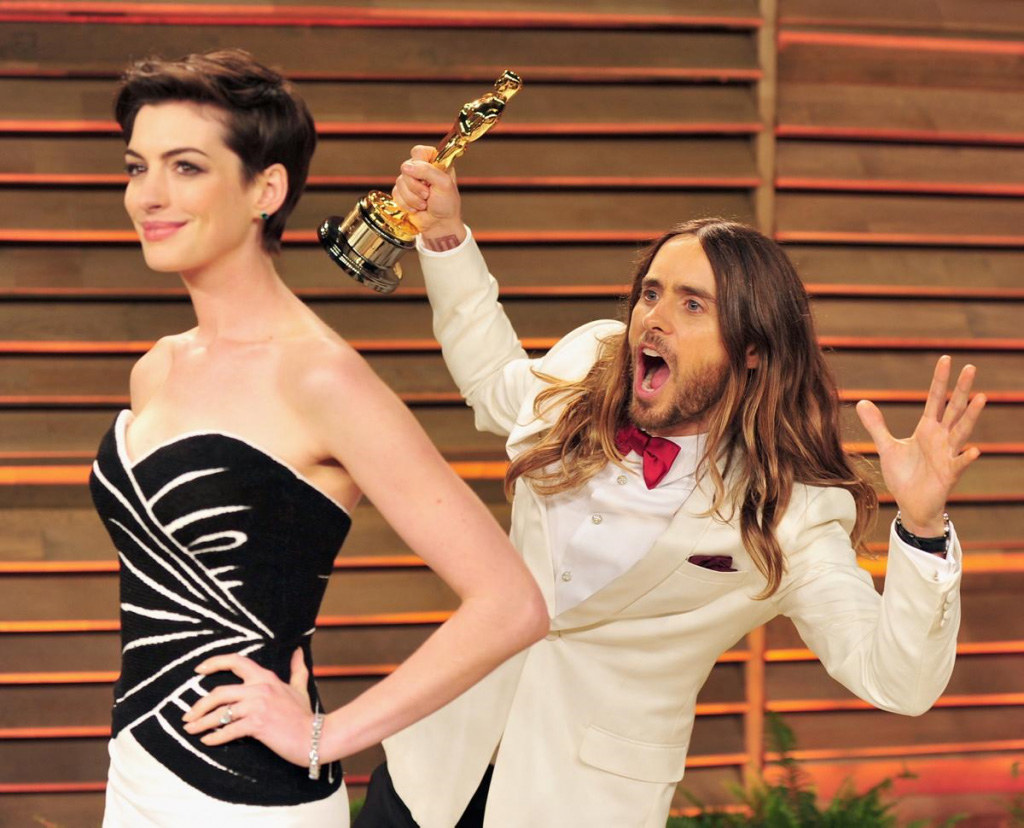 Imgur
Anne Hathaway was enjoying her time at the Oscars but Jared Leto had other plans. He thought he could improve the photo by adding himself onto it. Well, he had just won an Oscar, so we're gonna let this one go Jared. 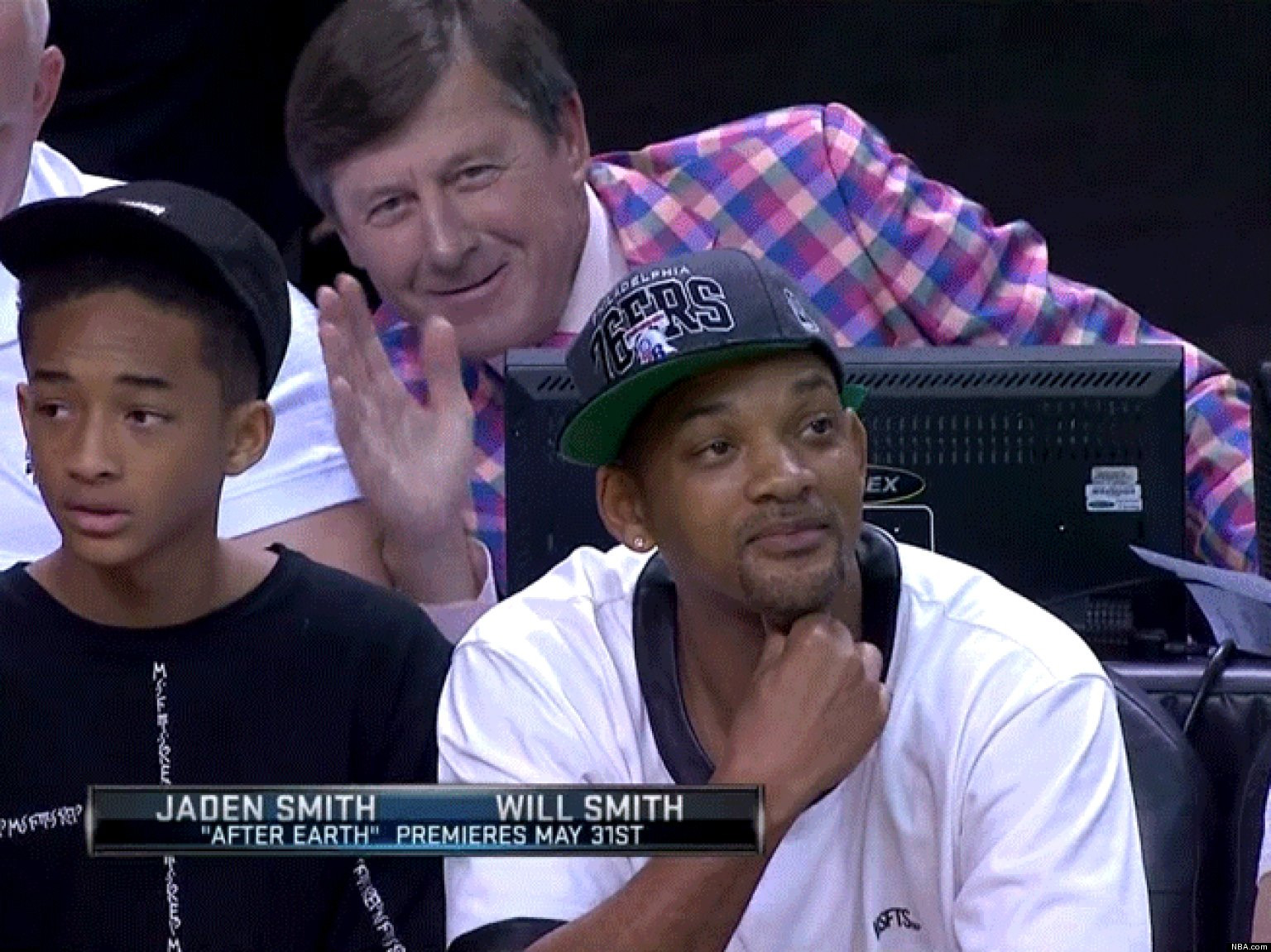 Reddit
Superstar Will Smith and his son Jayden got photobombed at a 76ers game by NBA sideline reporter Craig Sader, he seemed to be super excited about it! Or maybe he was just watching the game.