Amazing Nail Art From All Over The World | Mundo EN
Beauty

Amazing Nail Art From All Over The World

We all love accessories, having our nails done, buying ear rings new necklaces and changing our hair style occasionally. Nail art became one of the most fashionable things of the year, using different textures or just mixing the right colors.

It transformed from being called nail polishing to nail “art” as it’s a whole new way of treating our nails. It’s not only the color but it’s shape and its length which meters to this people. Is awesome how much variety these can have. Here we are going to share 20 beautiful nail art works. Hope you enjoy it! 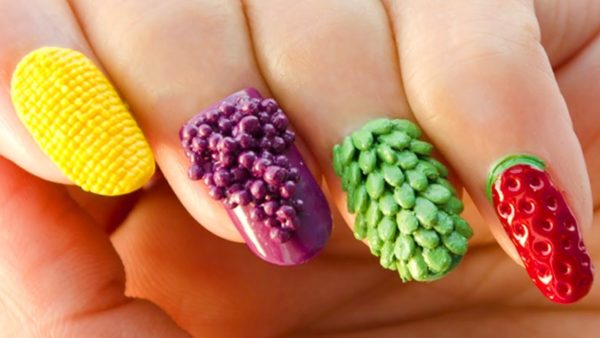 Pinterest.
They remind me of sweet candy, summer and spring. I really can’t get how somebody could take care of their nails to the point where this art work can last for at least more than a week! 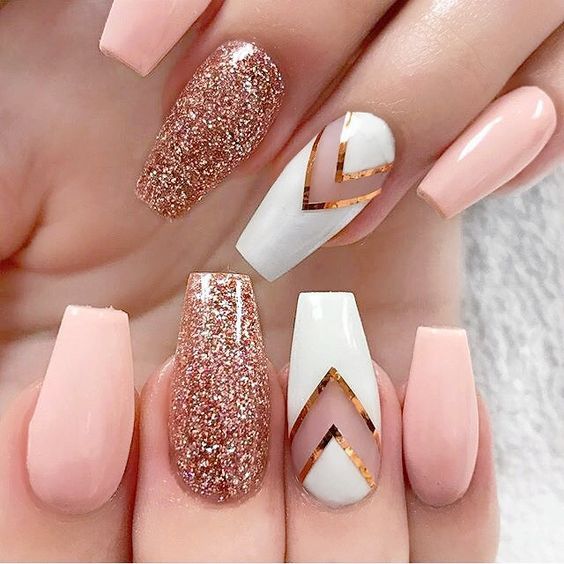 Pinterest.
Off pink is one of the colors of the year. Check this out! I really love how the color palette works. One sparkly one and the others balancing it. I would’ve maybe changed the white one though.

Blue is the warmest color! 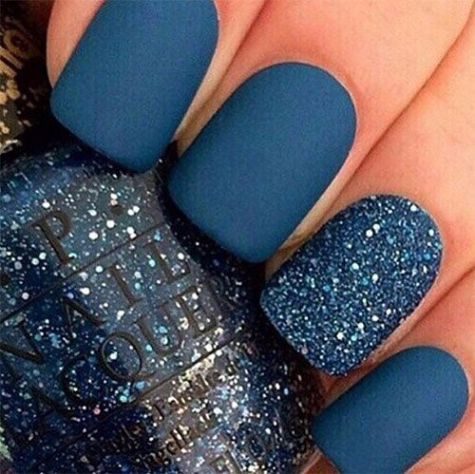 Google.
Matte colors are in fashion right now! Either a lipstick or in your nails. It can’t be finer. I really think matte colors can balance any outfit so it means you can’t mess up with this one girl! Try it… 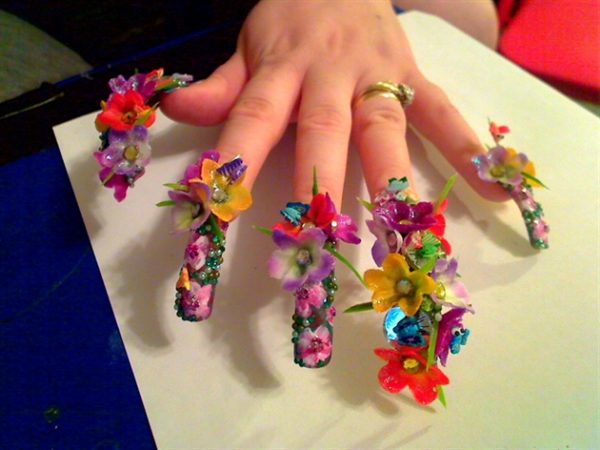 Pinterest.
This one took it to another level. I get it, you love flowers. But it's a bit too much. Imagine trying to grab something or even trying to put a jacket on. With this nails you must be careful and be conscious of every move you make. Definitely not for me. 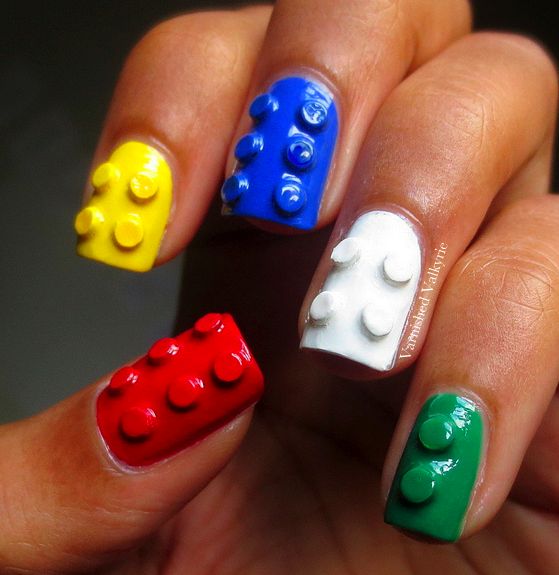 Google.
These may be childish, but the idea is pretty cool - lego nails! They must have taken some time to make. These are not the worst nails in the world. However, they look a little too childish for me. Not only because of vibrant colors but for the shape of them, too geometrical. Well, like exactly like Legos. 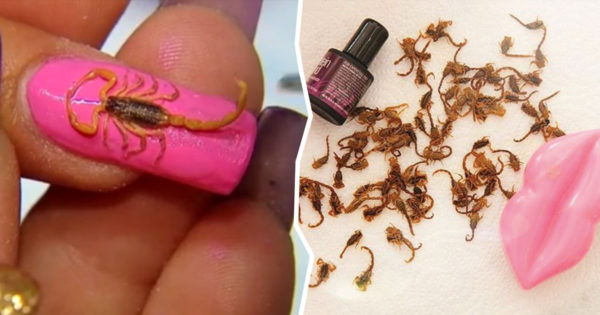 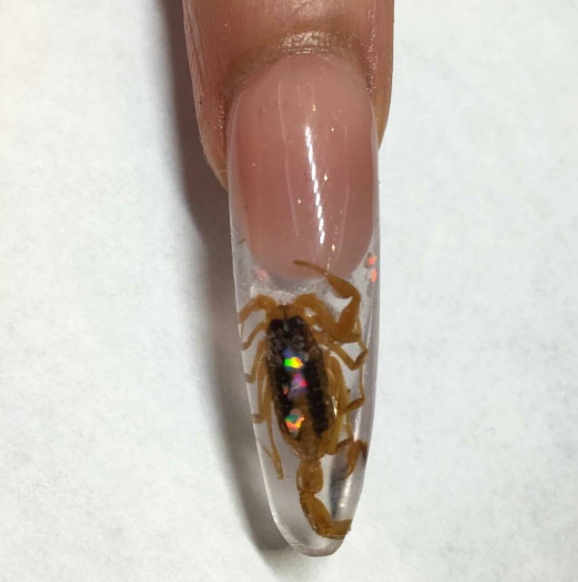 Google.
This one took it to another level. It’s a whole new different thing. I think it has more work into it and it looks more like a different art concept. However, it is still a bit too much for me. Especially considering the fact that you are carrying dead animals in your nails. Eeek! 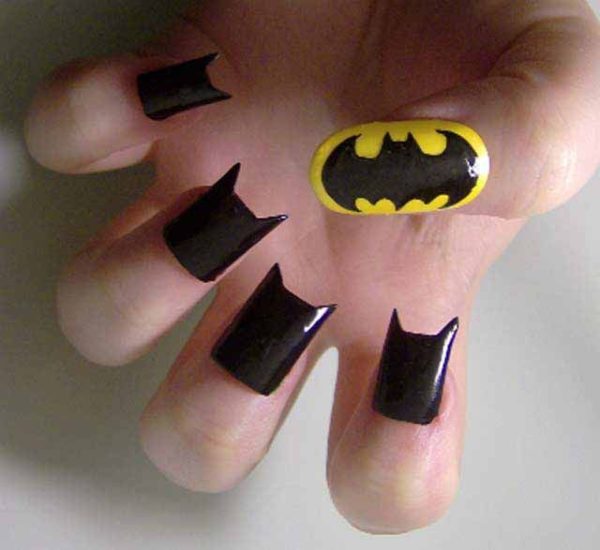 Pinterest.
Dark knight fans! Here, this one’s for you. If it was only the yellow nail with the bat drawn, they wouldn’t call my attention. However, look at how the other 4 nails are cut! Great and meticulous work. Very clever. 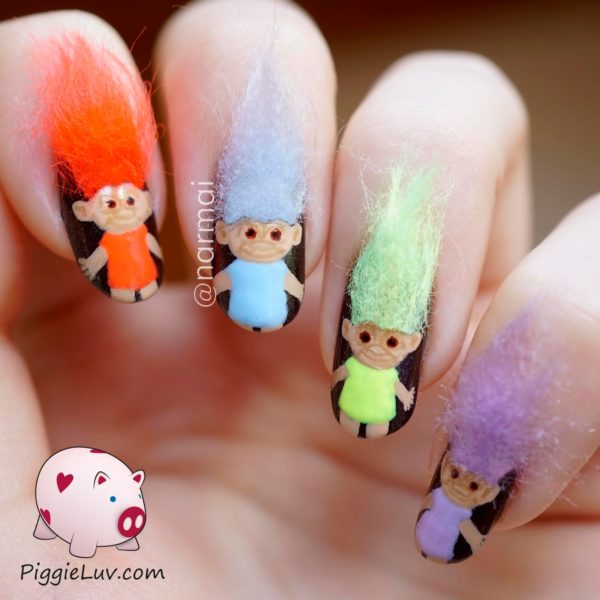 Google.
ADORABLE! But in your nails? Their hairs look really weird to me. Would you brush it every day when you wake up? Or you would just leave it free? The light blue is my favorite. However, this design’s not something I would probably replicate. 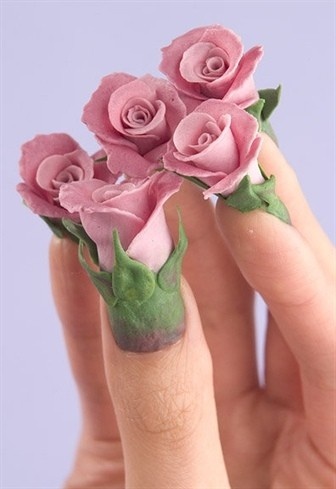 Pinterest.
Roses are red, violets are blue, love never crossed my mind until the day I met you! Hello floral people! I can’t figure out why I like this one, but I do. Maybe it is due to the fact that I personally like off pink nails. Whatever, that doesn’t matter. The thing is that they’re great! However, this design may make it difficult to actually use your hands. 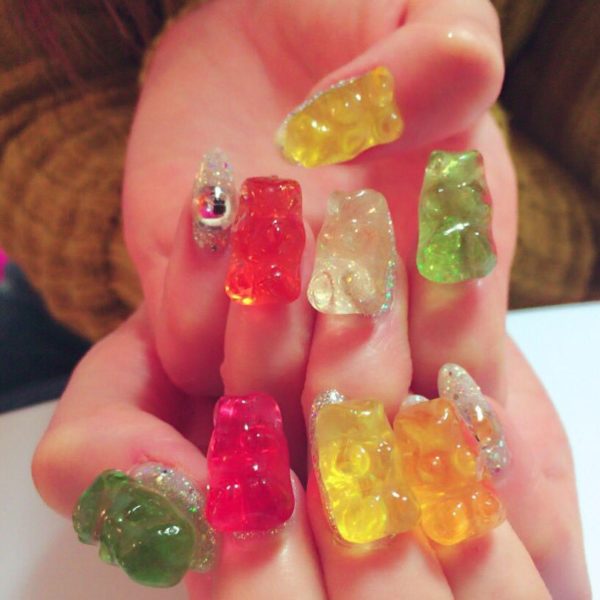 Google.
OMG, THIS ONE IS JUST AMAZING! Not how it looks by itself but, the best gummy bear candies and now in your nails. I have mixed feeling with this one. It’s my favorite candy. However, I wouldn’t paste them on my nails… 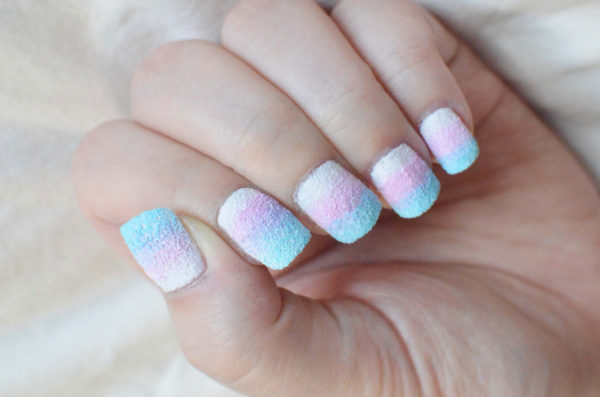 Pinterest.
Colorful, nice and short. I think this option could be something I can possibly use. It doesn’t interfere much with what you are wearing and it doesn’t even have the vibrant colors we were seeing in the last pictures! However, what I’m asking myself is: what happens when you take a shower? I feel like they are only for some hours or perhaps you’ll need to cover them with something. 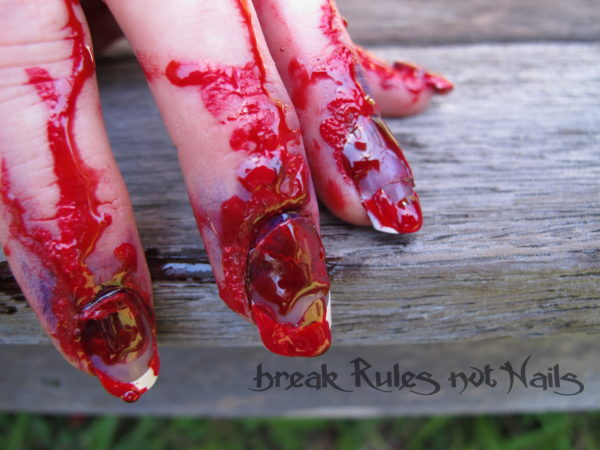 Pinterest.
Great for a costume! But only for that. This looks a little too extreme to me. Blood looks too real and well, in the way of using your hands for everyday tasks. It gets all your hand dirty. So, it’s not something to wear everyday! 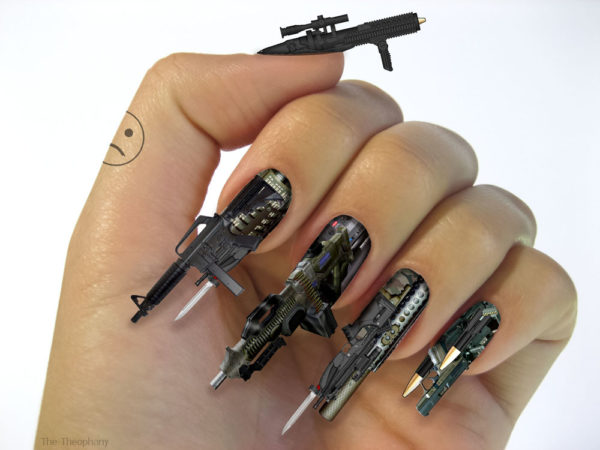 Google.
OMG this doesn’t even look real but it actually is! Can you imagine how much time did its author designing this? I mean, they look too fake and like a toy to me. Something cool but not exactly for your nails. 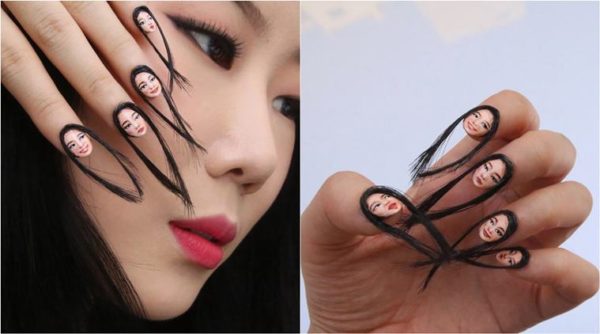 Google.
This girl took it to another level, and made little figures of herself on her nails - with her own hair included! It's definitely unique, but also weird...Narcissist like no one else, this nail artist included her own hair in her nails! She seems to love it though. 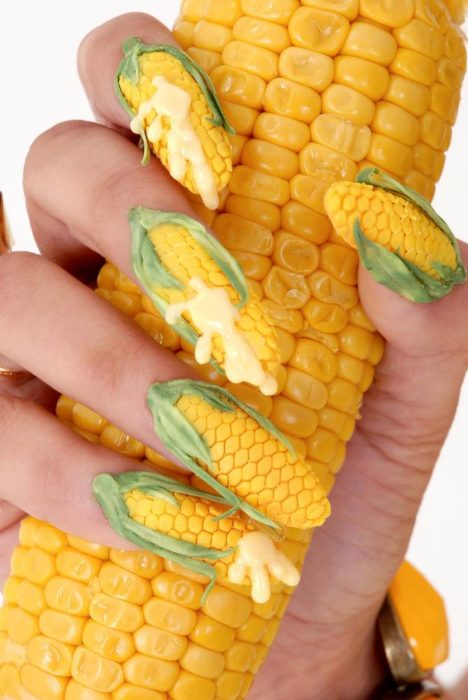 Google.
Some things are just to eat for a reason. This design must have taken this nail artist a long time to make, her attention to detail is quite good. It reminds me of that time when we were in preschool and we used to do use spaghetti and uncooked pasta as materials for arts and crafts time. 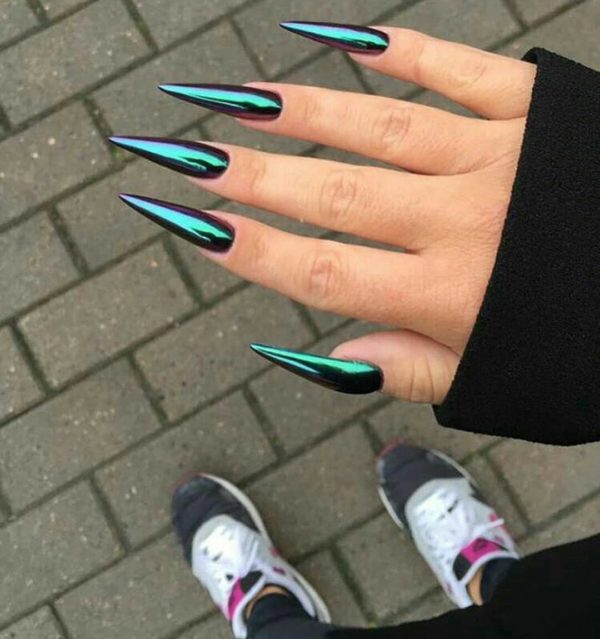 pin
They seem to be taken out from a Disney movie. As if maleficent from “Sleeping Beauty” had her nails done and this was the result. I personally think it’s a little too much for every day’s outfit but it’s cool for a special occasion. 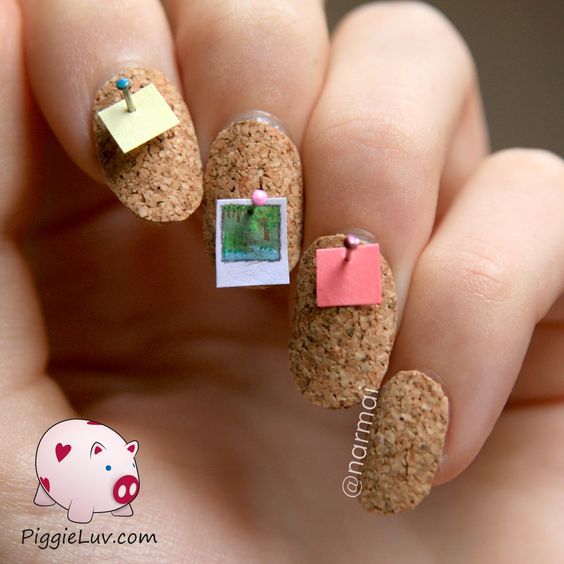 Google.
Not anymore with this corkboard nails. You can actually write down your “to do list” and stop forgetting everything! It’s better than a calendar. You don’t even need to take something else out, you have it right there in your own nails!Terrific.

Do you need to write something? 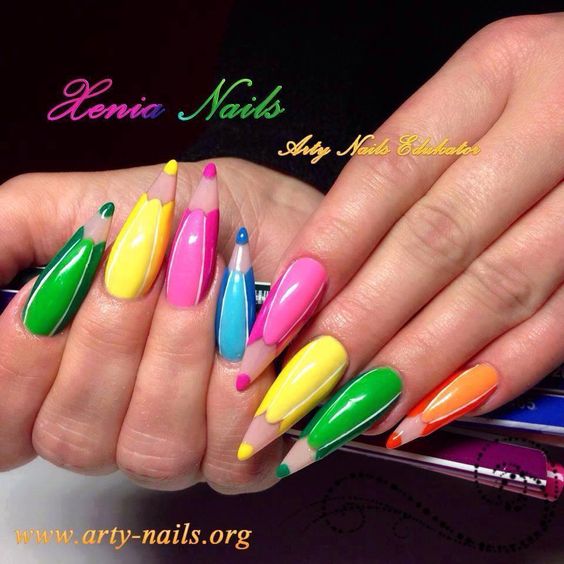 Google.
Perfect for school or work. If you don’t have a pen or something to write immediately, these nails are perfect for you! Just kidding, they do not paint of course. However, they look pretty colorful and cool in a way. This application is fantastic, and th is nail artist is definitely very creative and talented. 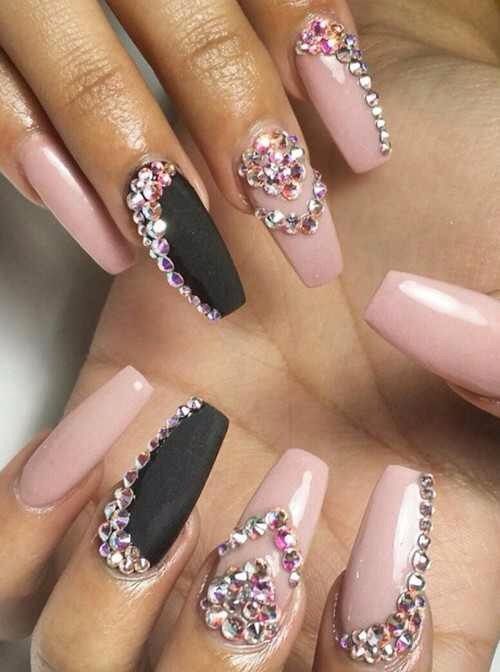 Google.
Pink nails again! Stresses in your nails are the coolest thing now. Not only because one of them is black matte which balances the whole thing but because they are tidily painted and designed in a fine and pointy but square way. Love them!
Compartir este artículo
Mundo.com