You won’t stop laughing after seeing these pictures

Dogs are extremely cute and the best companions. They are always there for us, in the good times and the bad times, somehow they have the power to cheer up anyone . In the following post, you’re gonna laugh out loud with these pictures. If you’re feeling depressed or just having a bad day we highly recommend going through all of the pictures! 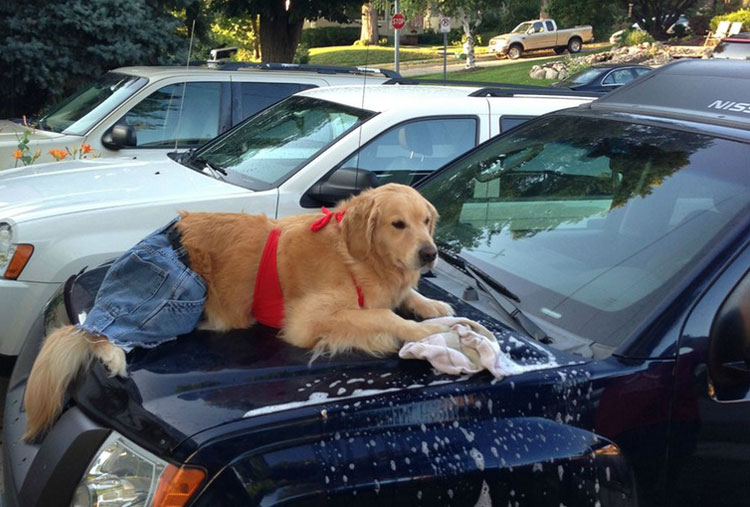 Source: Reddit
This lovely Golden Retriever got the sexiest outfit to help her owner with the car wash, we think she looks good but we can’t help to laugh at how funny she looks. Her owner must have made tons of money thanks to her. 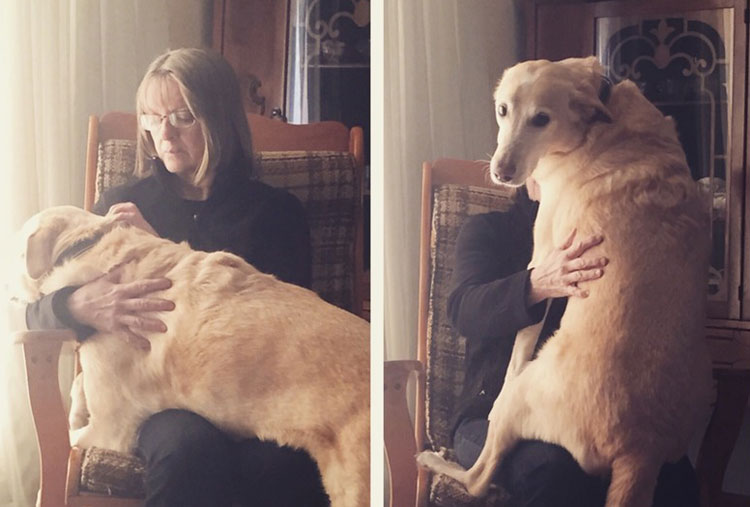 Source: Reddit
The owner of this dog shared these pictures of her pet. She said that when her dog is angry at her, she tries to make her jealous by getting affectionate with some other person. It’s almost as if the dog were saying: “Are you watching me? I can make you jealous!” 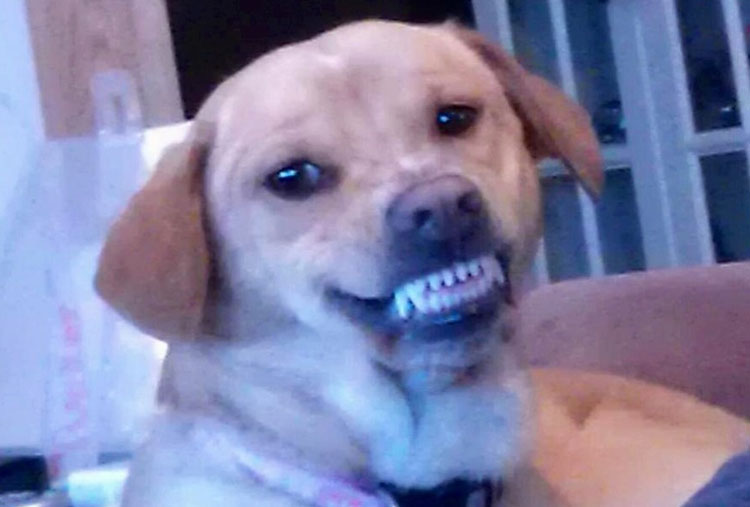 Source: Reddit
Look at that huge smile, although it doesn’t really look like the dog is having fun. Maybe he’s just a really upset. Either way, we can’t stop laughing. 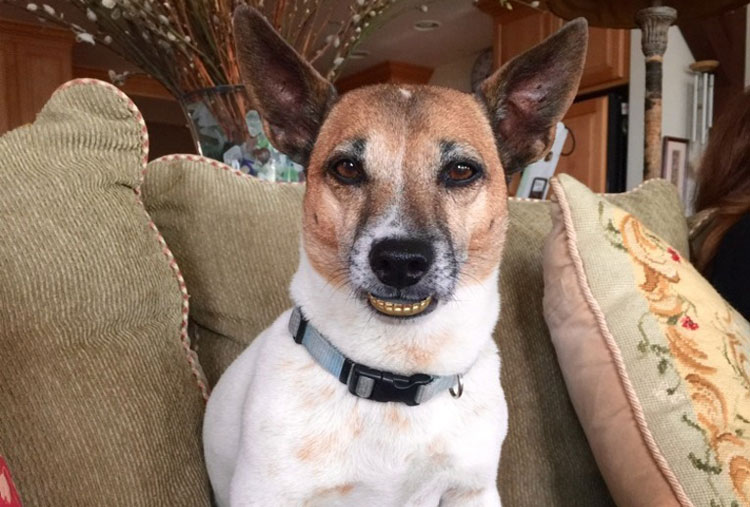 Source: Reddit
This furry friend definitely knows how to show some bling. And if he raps as well as he looks we might have another promising rapper! 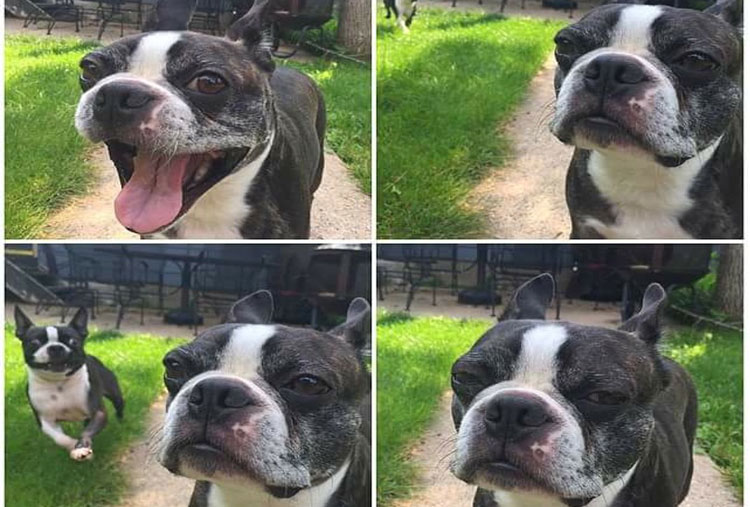 Source: Reddit
This dog was pretty upset when his owner made his believe he was getting something to eat but didn’t give him any food in the end. The look on his face says it all. Just look at the dog in the background, these dogs are too funny! 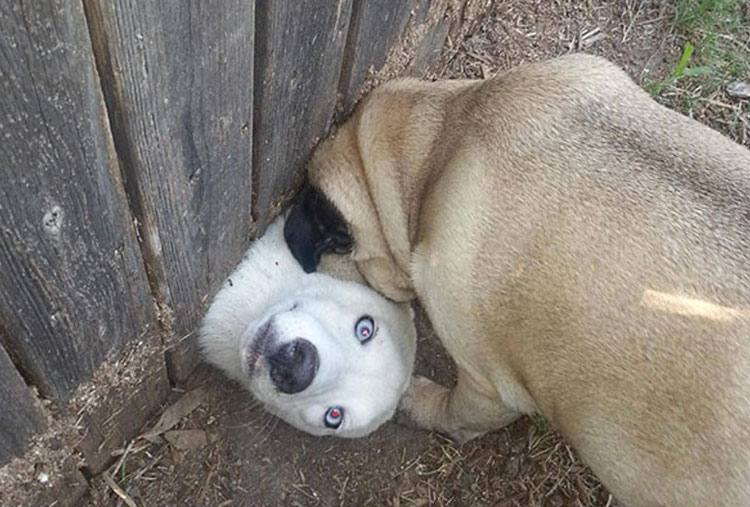 Source: Reddit
We’ve all had nosy neighbors, especially if we’re talking about dogs. Apparently this dog heard a fishy noise in his neighbor’s house so he didn’t hesitate when deciding to find out what was going on.

The shutters won't stop him 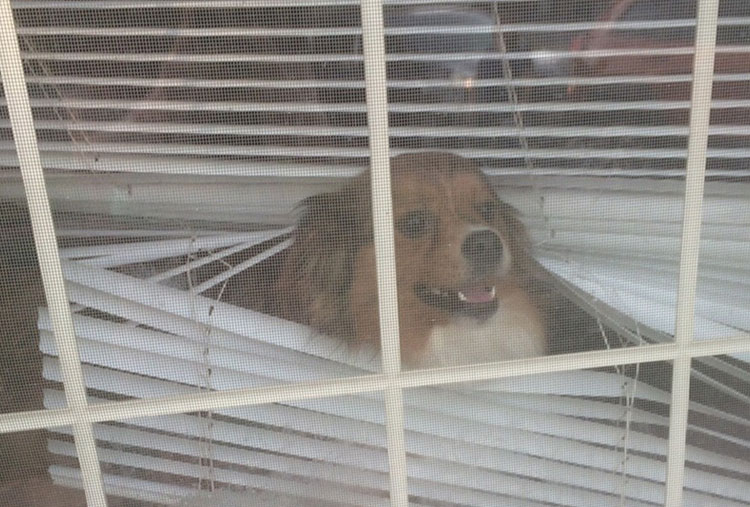 Source: Reddit
Looks like the previous dog is not the only nosy one in the neighborhood! No shutters will stop this dog from finding out all the interesting gossip. 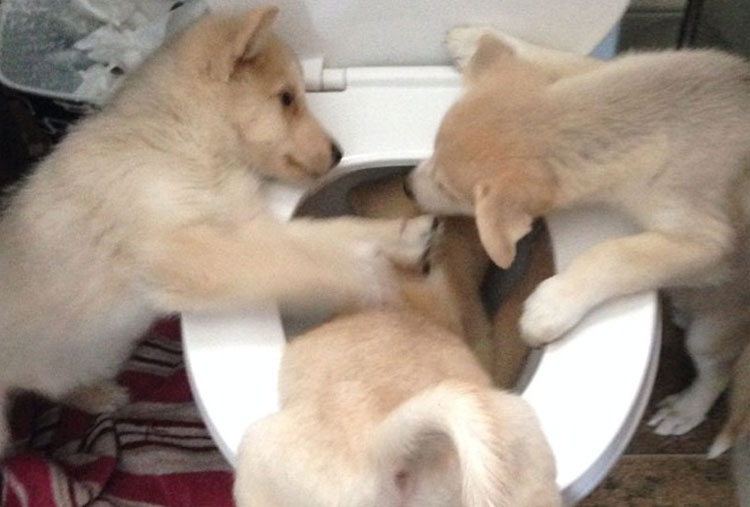 Source: Reddit
These puppies don’t seem to get along with each other. It looks like they decided to show this poor little dog a lesson. They put him inside the toilet. Their owners should definitely keep an eye on them.

The cats are in charge 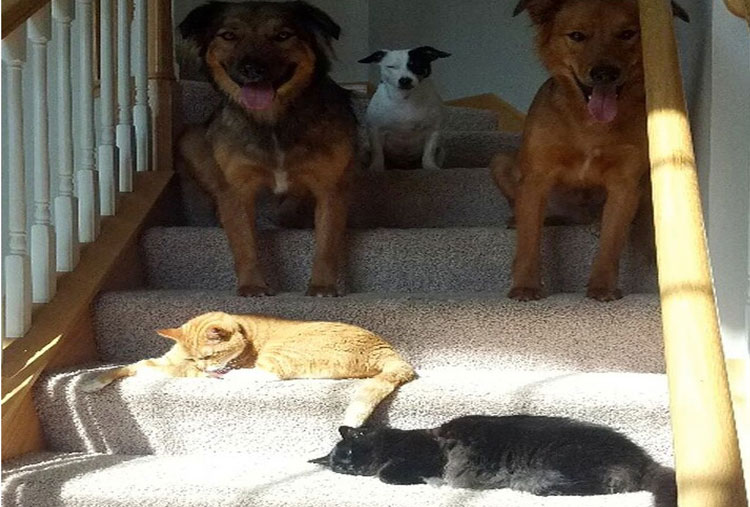 Source: Reddit
We all know that cats tend to be bossy, their personalities are very different. In this picture the dogs don’t seem to be in charge because the cats are just resting, trying to get some sun, and they don’t want to be disturbed. 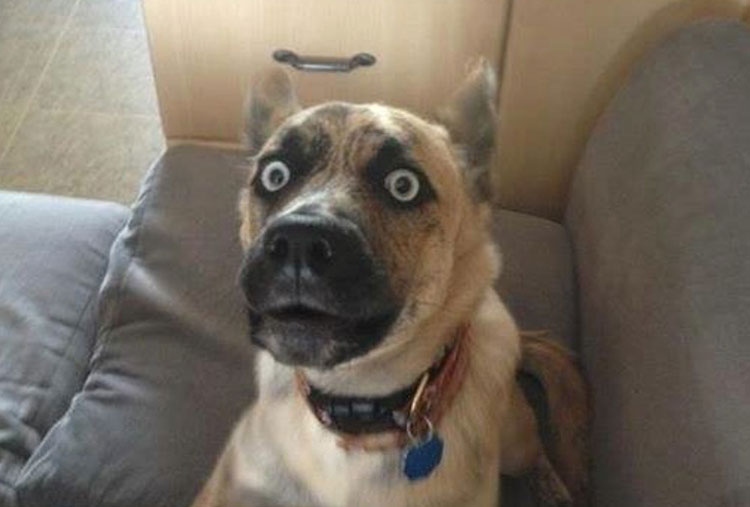 Source: Reddit
This dog was overly surprised when he found out his owner was out of cookies. Let’s just hope that they went to the grocery to get some more. 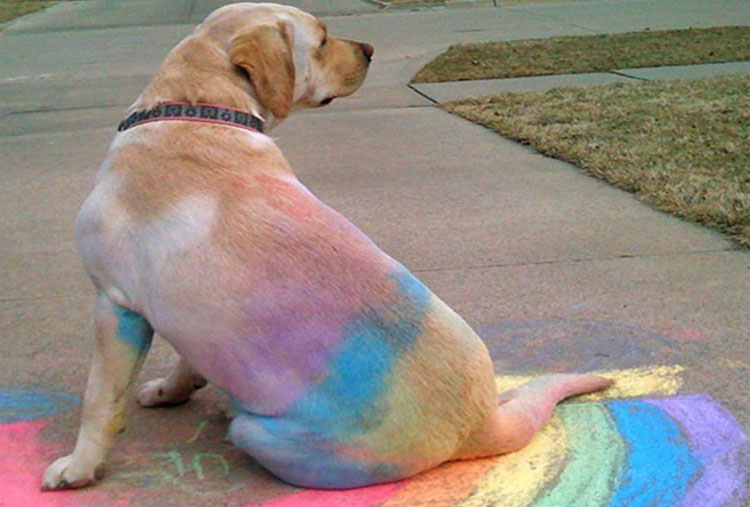 Source: Imgur
This dog was tired of looking the same every day, so wanted to have fun and try out a different look. Apparently he wasn’t sure about what color suited him best, so he went for the rainbow style.

A little too excited 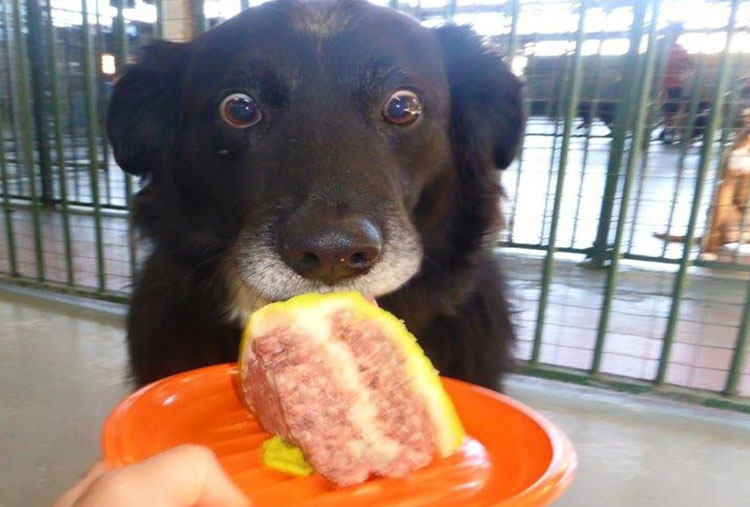 Source: Reddit
This little guy can’t believe he’s about to eat that delicious cake, so he’s probably thinking: “Just take that picture already! I wanna have my cake”

I brushed my teeth 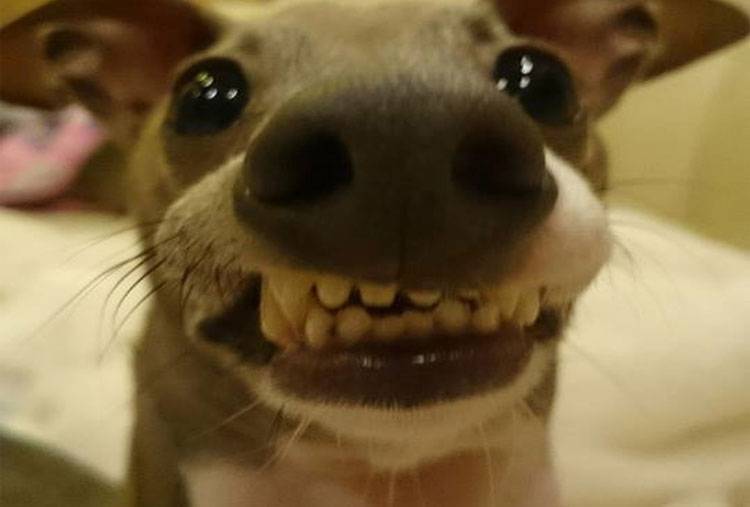 Source: Reddit
This Italian Lebrel showed his best smile to prove his owner that he had brushed his teeth properly. Maybe his owner was thinking if he had also flossed his teeth.

Is he crying or laughing? 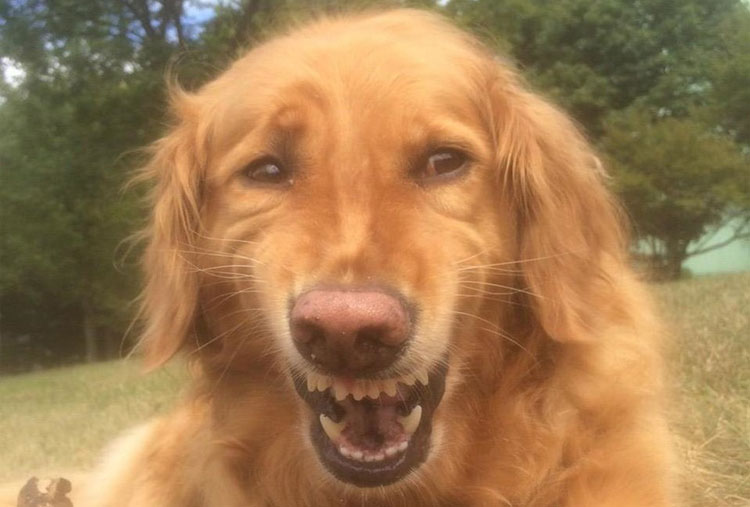 Source: Reddit
It’s impossible not to laugh at the facial expression of this Golden Retriever. It looks as if he’s trying to smile but his eyes show that he’s also worried. Maybe he’s just trying to hide something.

“Cause this is thriller, thriller night” 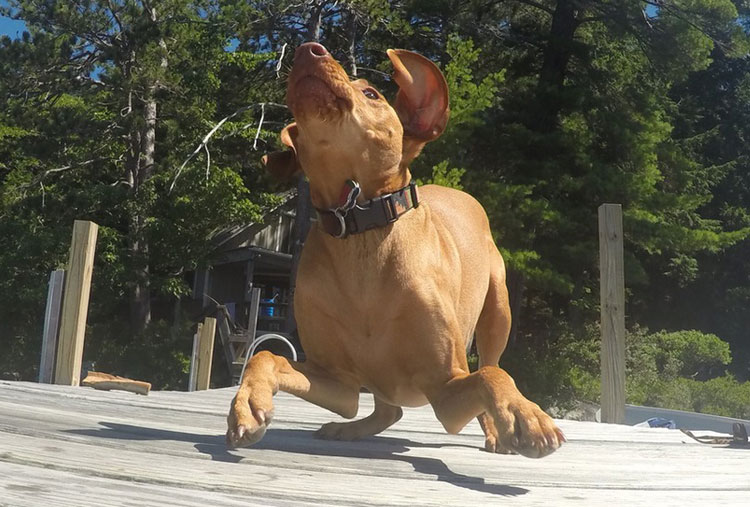 Source: Reddit
We’re pretty sure this dog if dancing along to Michael Jackson’s Thriller song. He’s trying to look like a zombie but we just can’t help laugh at him. The only thing missing is his zombie outfit.

Uh oh, someone was going through the trash 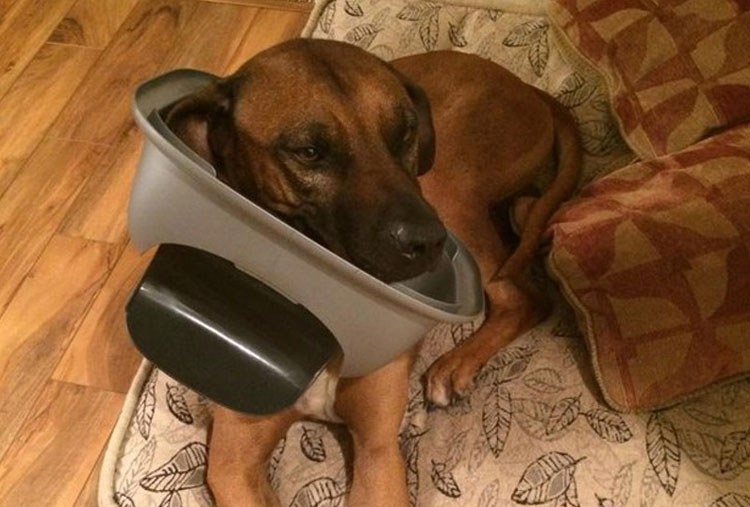 Source: Reddit
It’s pretty obvious who was going through the trash, unfortunately for this dog, his head got stuck in the garbage can lid. His owner instead of punishing decided to take a picture because it was just too funny. 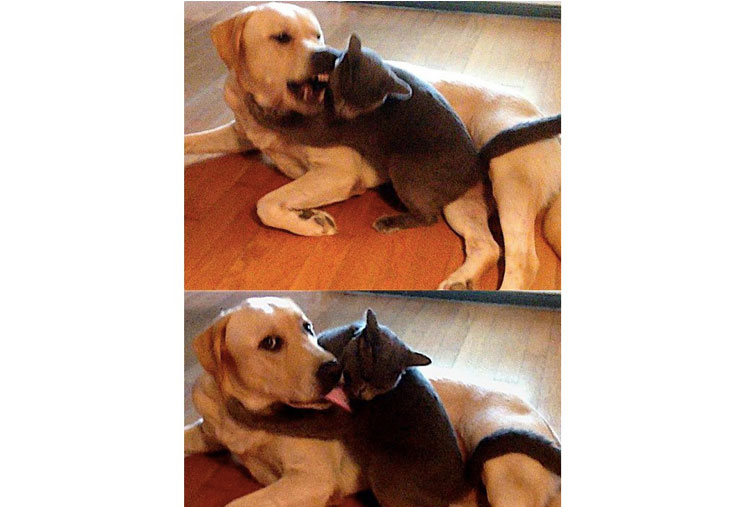 Source: Reddit
Who said dogs and cats can’t get along? These two friends prove us that, a real friendship can overcome any obstacles. The Golden Retriever was probably just trying to kiss the cat on the cheek and their owners thought it was the perfect moment for a picture.

Scooby Doo, Is that you? 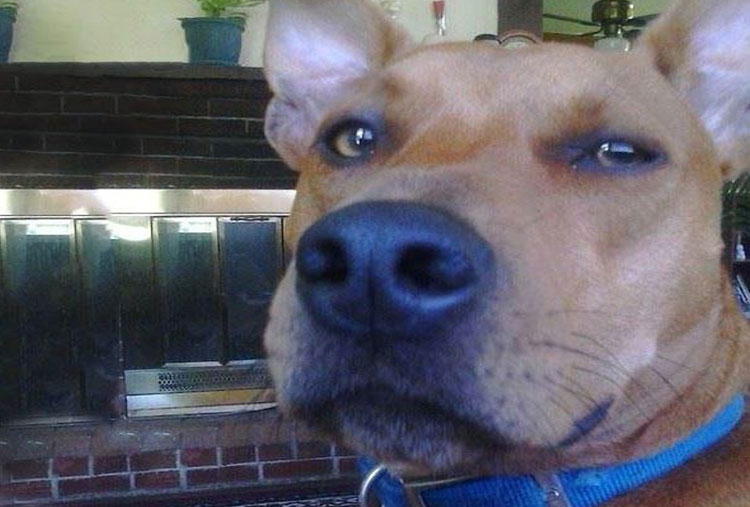 Source: Reddit
This dog looks exactly like Scooby Doo. Maybe his owner thought the same thing and decided to buy him a blue collar. Let’s just hope that this dog is braver than Scooby Doo. 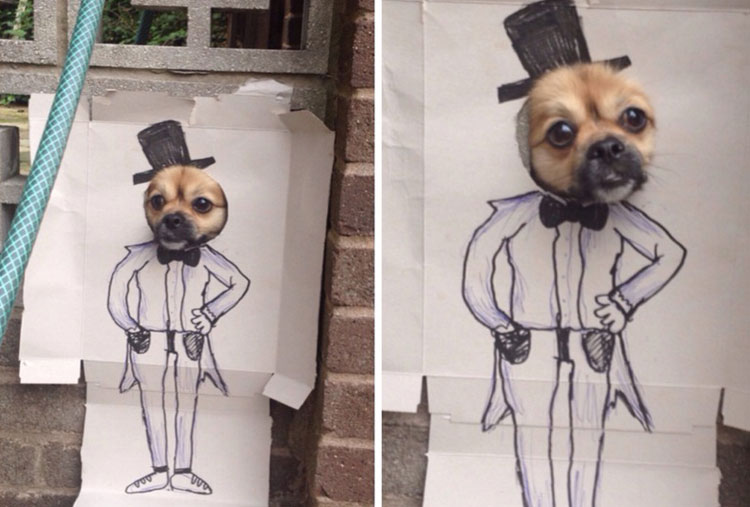 Source: Imgur
We’re not sure what their owners were thinking, but when this little dog’s head got stuck in the wall, they decided to take a picture making it seem as if he were a 1900s gentleman. 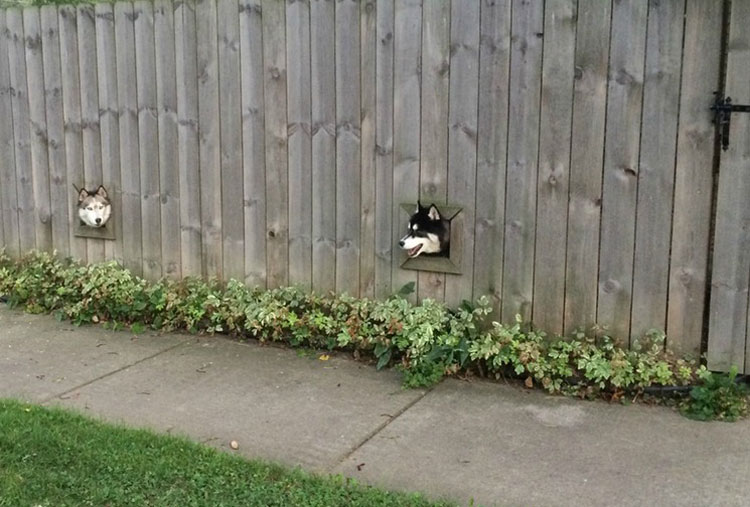 Source: Reddit
These dog’s owners know how curious their pets are, so they decided to build a fence with little windows in it. How thoughtful of them!
Compartir este artículo
Mundo.com