The touching story of Bella, a dog diagnosed with cancer that is living each day to the fullest - Mundo EN
Animals

The touching story of Bella, a dog diagnosed with cancer that is living each day to the fullest

The moving story of Robert Kugler and his dog named Bella started in May 2015 when she was diagnosed with bone cancer; the veterinarian told Robert that Bella’s leg had to be amputated because she was in too much pain. After the surgery, Bella was given 3 to 6 months to live, so Robert decided that he would make those last months as exciting as possible.

That was how Robert and Bella began their journey, visiting different places around the United States including Boston, Chicago, Savannah, Texas, and Nashville. Love can do miracles and Bella is the best example, 14 months after her unfortunate diagnosis she is still traveling around the country. 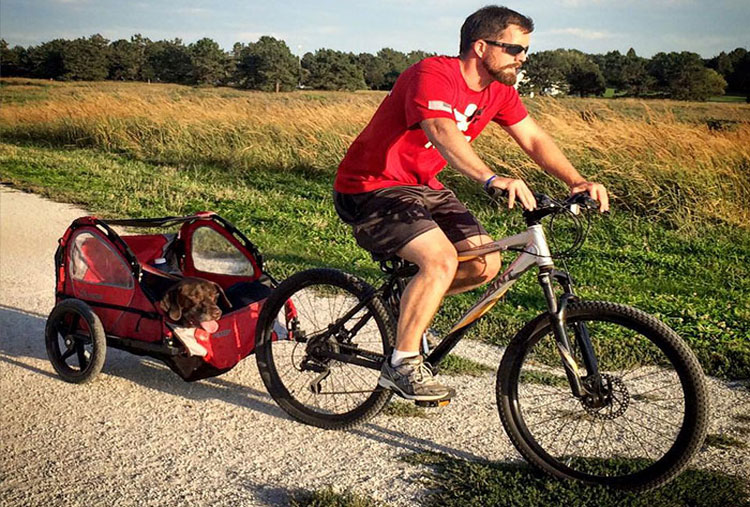 If you own a pet, you know that they become a very important part of our lives, they’re the perfect companions and they make us feel loved.  Robert enjoys spending long weekends with Bella, her best friend. 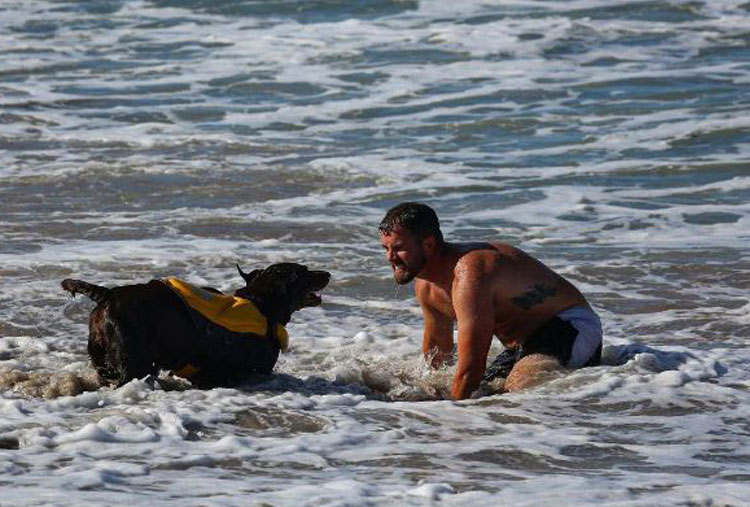 Dogs were the first domesticated animal that developed a close relationship with humans. According to Colin Groves of the Australian National University, "The human-dog relationship amounts to a very long lasting symbiosis. Dogs acted as human's alarm systems, trackers, and hunting aides, garbage disposal facilities, hot water bottles, and children's guardians and playmates. Humans provided dogs with food and security.” 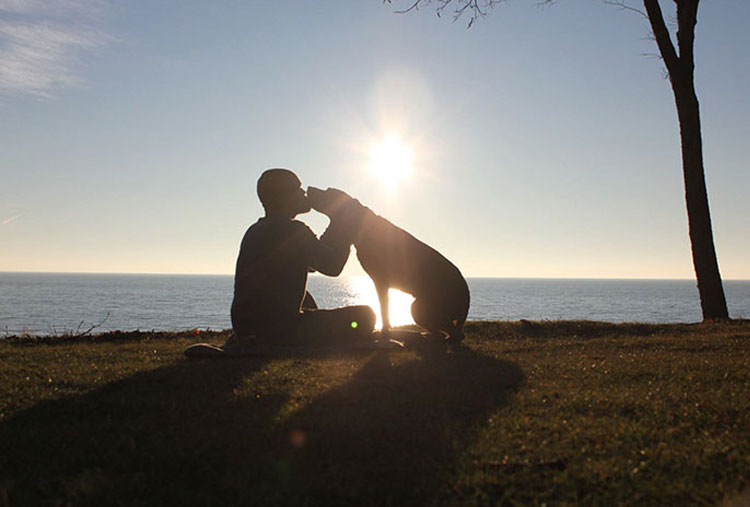 The relationship between humans and dogs has always been rated as one of the best relationships due to the commitment and effort between the two, that’s why dogs are man’s best friend. Bella and Robert have shown that they share a very special bond. 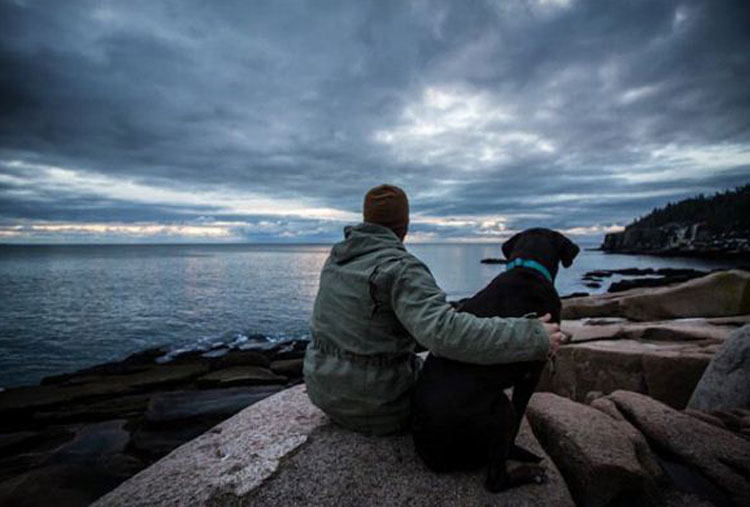 As Helen Keller said, "The best and most beautiful things in this world cannot be seen or even heard, but must be felt with the heart." Bella has lived longer than expected because Robert has taken good care of her; the love they share is extraordinary. 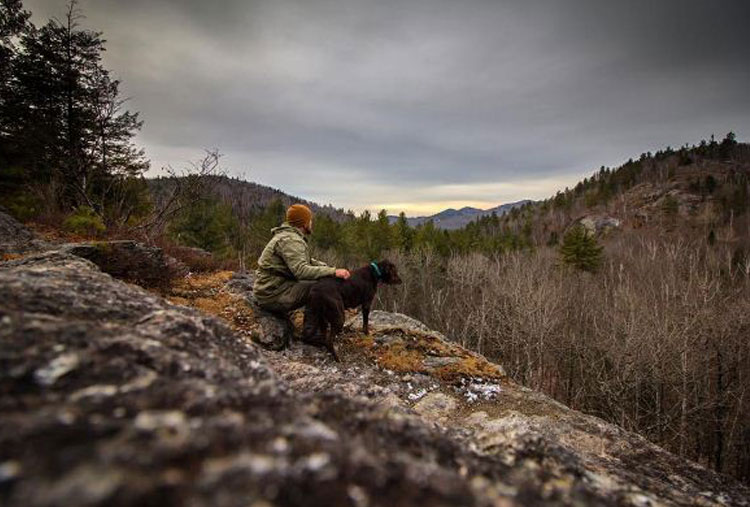 Being surrounded by nature can improve your health, maybe this is why Robert took Bella to beautiful places where they enjoy hiking and taking pictures of the breathtaking views. These two were definitely made for each other. 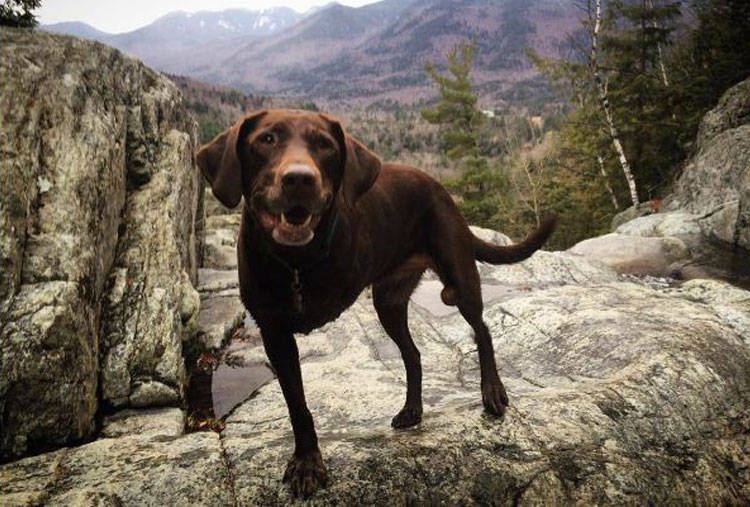 Bella is the perfect example of overcoming obstacles after her leg was amputated; she recovered very fast from the surgery. Vets say that dogs’ front legs account for approximately 70% of the dog’s strength and balance, so living with only three legs is quite an accomplishment. 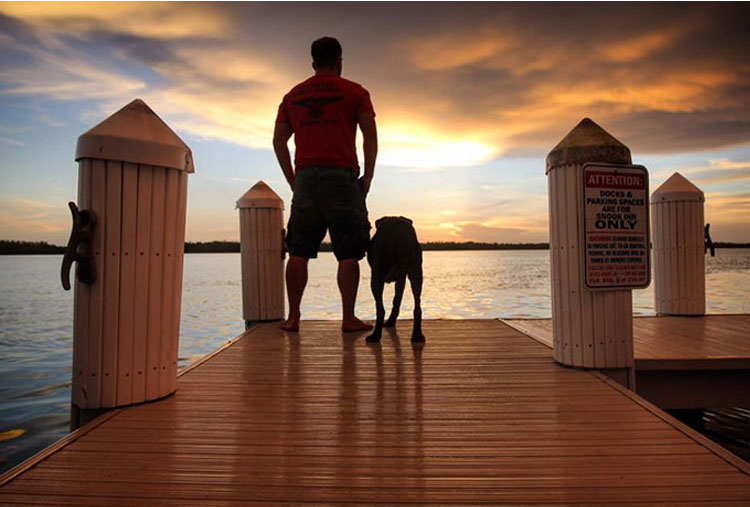 Bella is really lucky to have Robert as an owner; when Bella was diagnosed, Robert had just finished school and instead of starting a job search, he decided to go on a road trip with Bella to enjoy as much as they could. 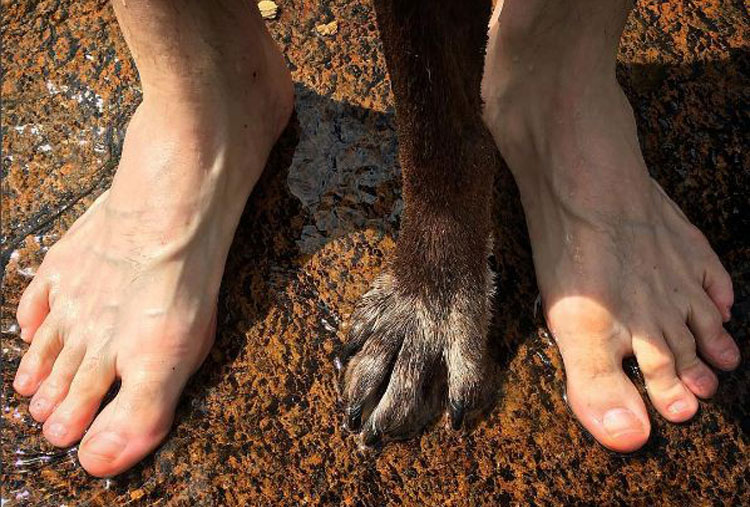 This might be our favorite picture, it reminds us of how strong Bella is, living with just three legs. Robert’s love and affection have really made a difference in her life. We hoped you enjoyed these lovely pictures of Bella and Robert!

Where are we going? 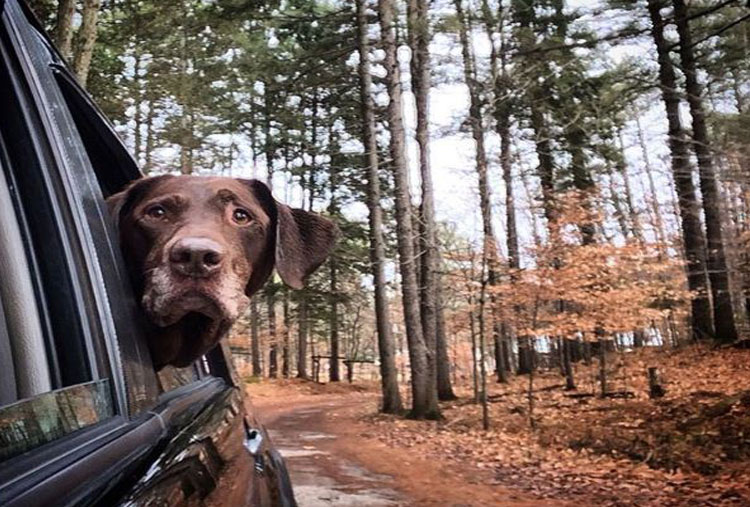 One picture is worth a thousand words; in this case, Bella seems pretty excited to get to their next destination. We don’t really know where they are going, but it must be somewhere nice. Bella is the best travel companion for Robert; she’s always willing to go anywhere he wants. 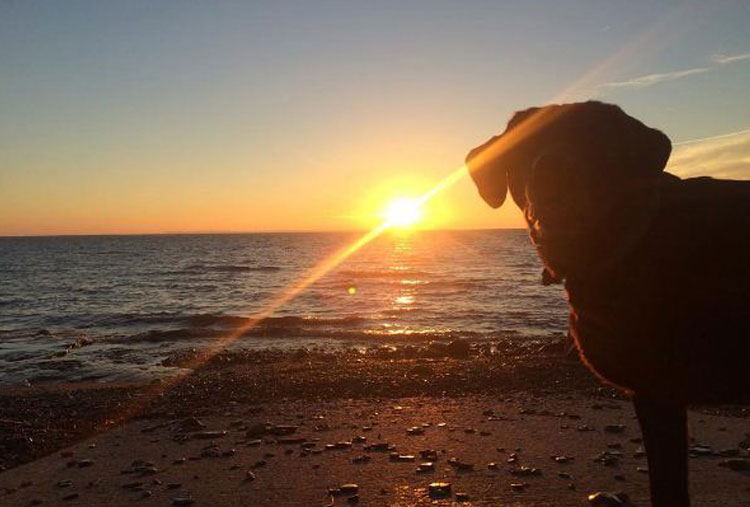 Going to the beach is one of Bella’s favorite things to do; she can spend a whole day feeling the sunshine and listening to the waves. For many people, the beach is the right place to relax, for Bella, it is a place to feel free and enjoy her days to the fullest.

It looks like Bella is ready for another adventure, judging by their pictures, they always enjoy watching beautiful sunsets. The good thing about dogs is that they are always willing to go on long trips and they are the perfect companions. 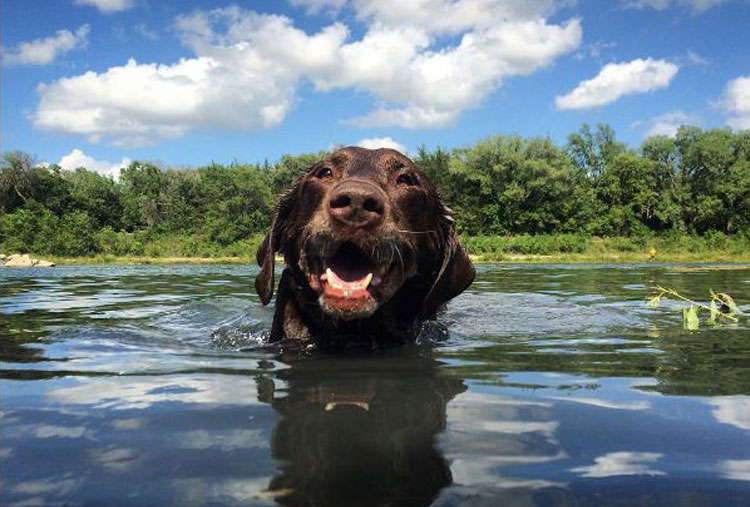 Despite everything that has happened to her, Bella has a very positive attitude towards life. Most people underestimate the power of a positive mind. Positive thinking is a key part of effective stress management. 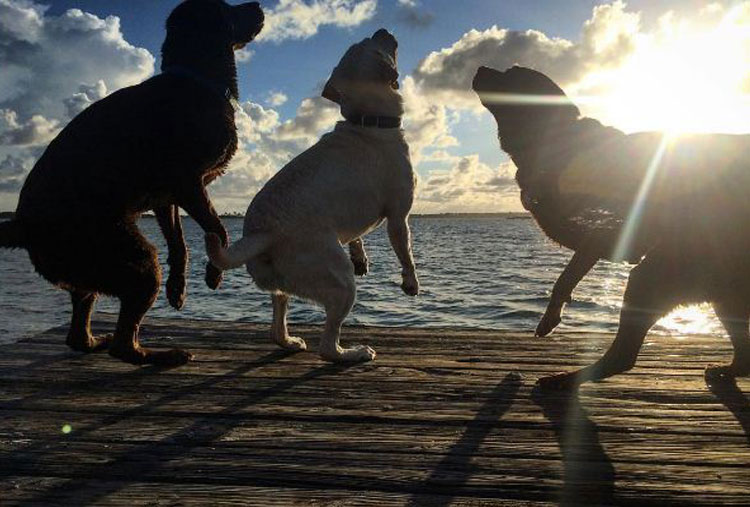 There is no better therapy than spending time with friends; even dogs enjoy a fun day at the lake surrounded by other four-legged friends. The photograph does not need much description since it is quite obvious that Bella and her friends are having an amazing time. 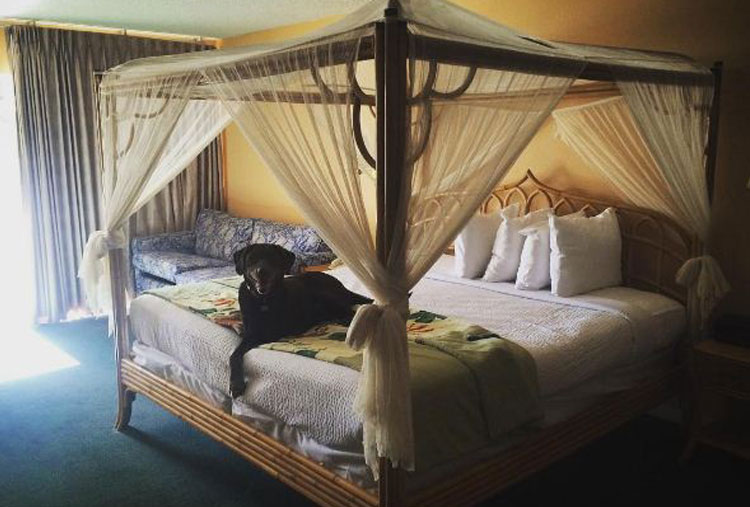 Traveling is one the biggest pleasures of life, but eventually, we all need a little break, in this case, Bella decided to rest in this comfortable hotel suite. Robert doesn’t mind spending money on Bella; they have traveled to hundreds of places together. 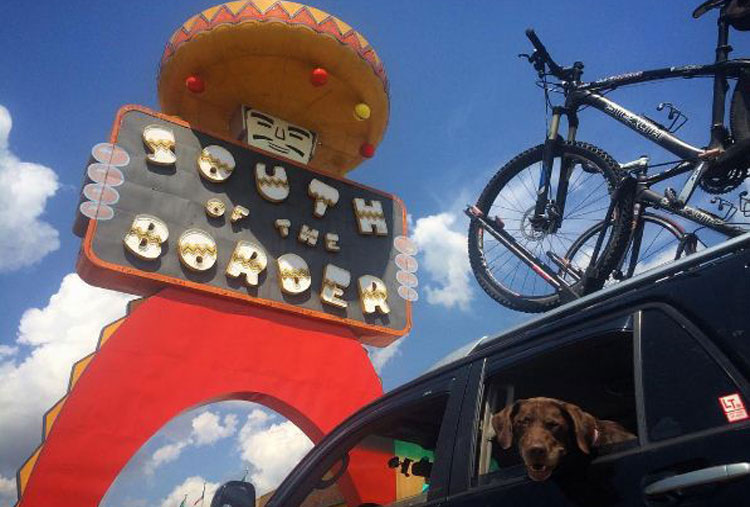 Is anyone craving some tacos or quesadillas? Bella and Robert decided to make a short stop at this Mexican restaurant. We do not know what their destination was but we are pretty sure that Bella loves Mexican food.

Living life to the fullest 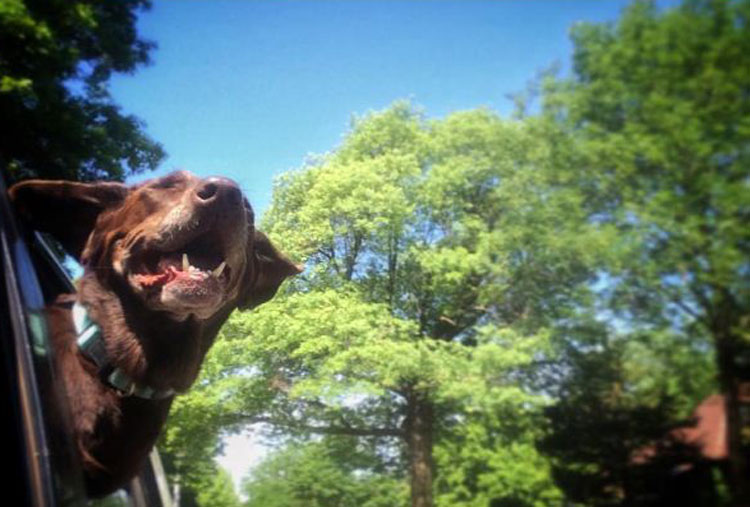 It seems as if Bella didn’t mind being sick, thanks to Robert, she is living each day to the fullest. She might be a dog, but we should all learn from her example, we must be grateful for every opportunity we have.

A day at the beach 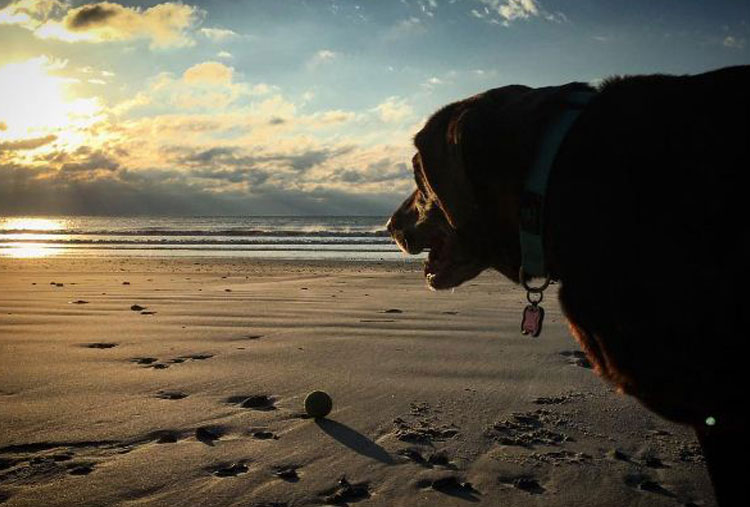 After Bella was given only 6 months to live, she showed everyone that a little bit of love and affection can go a long way, going through a difficult situation can become easier if you are surrounded by people you love. This time, Robert took Bella to spend a relaxing day at the beach; she got to see a beautiful sunset.

A day at the museums 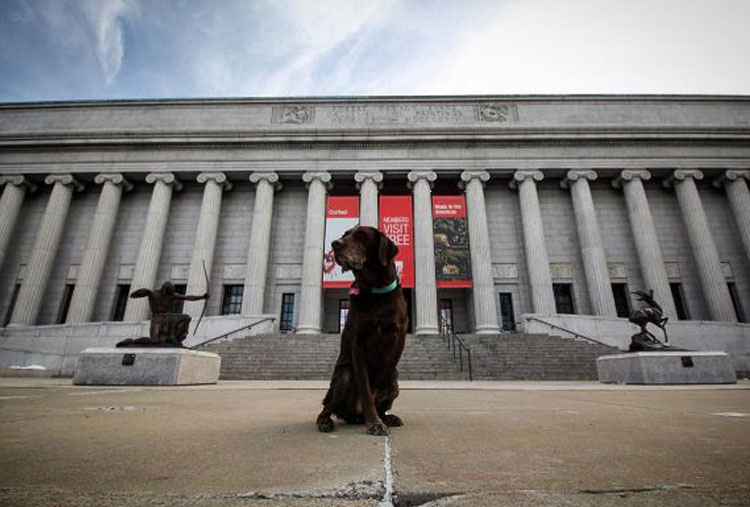 Who said dogs can’t appreciate history? Bella was taken to different museums in Boston, which is a great city full of history. Robert posts all the pictures of him and Bella in his Instagram account @robkugler. 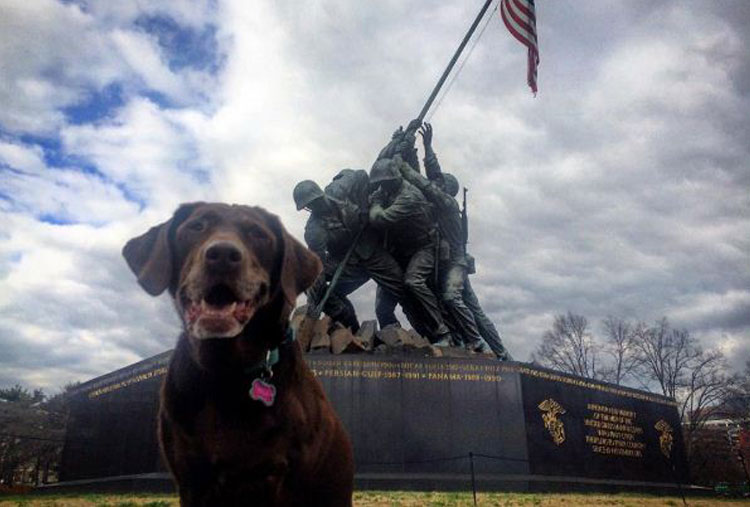 A visit to Arlington National Cemetery in Virginia was the weekend plan for Bella and Robert, judging by this picture, she spent an excellent afternoon and decided to pose with the military memorial statue. It must have been quite a special day for them! 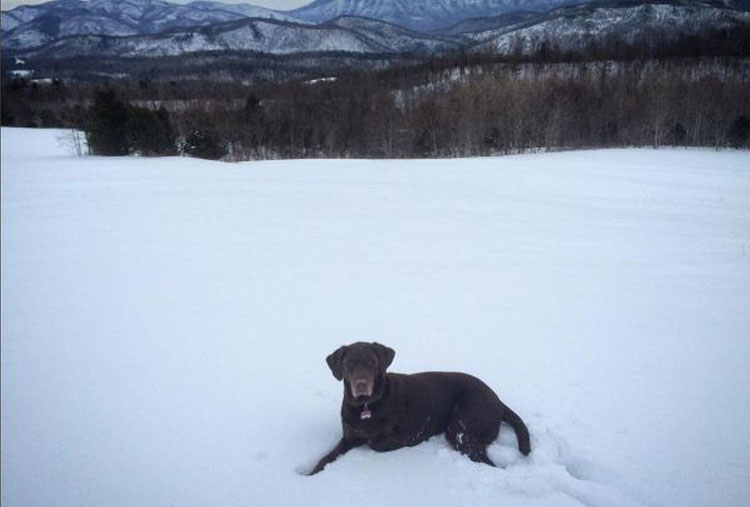 Bella enjoys any weather, no matter if it is a sunny place or if it is cold enough to wear a scarf and gloves. This time, they visited the mountains of Virginia, they spent the day skiing and then they enjoyed a delicious cup of hot chocolate to stay warm in the cold weather.