Living in the Lap of Luxury: Abused Dog Receives the Royal Treatment

It may look like Rudy the dog is being ridiculously spoiled by soaking in lavender-infused bath water and enjoying delicious treats fed by hand, but after reading his whole story, you will conclude he deserves every minute of his special spa treatment. 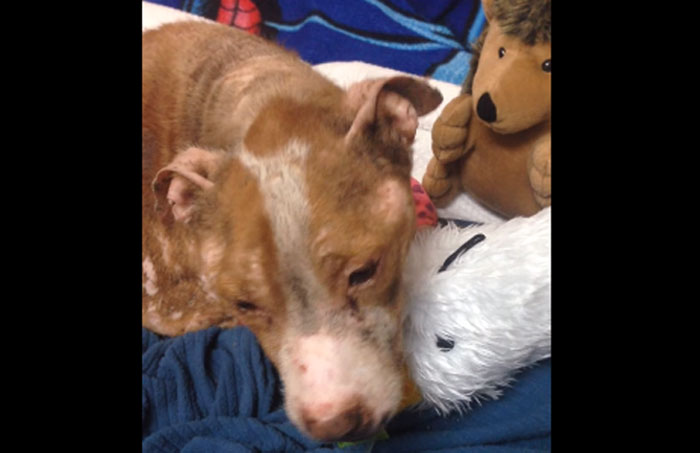 Vía SNARR Northeast / Youtube.com
While his luxurious sink bath may seem over-the-top, it is necessary to help heal his grievous injuries, after the abuse he has suffered.

When you see poor Rudy finally get the comfort, attention and pampering he deserves you will be brought to tears. 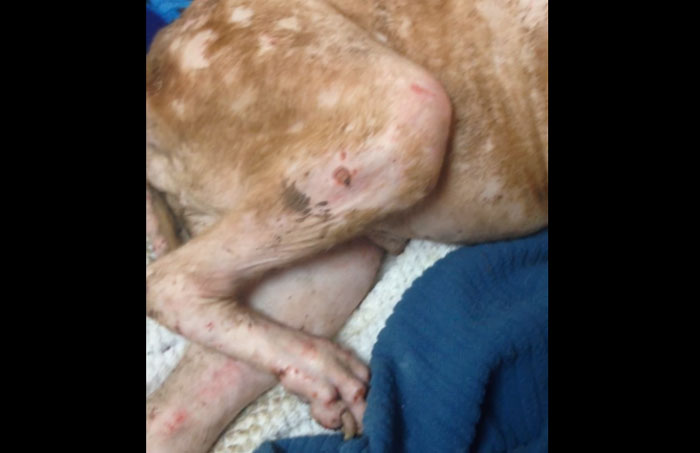 Vía SNARR Northeast / Youtube.com
Rudy’s condition was critical when Special Needs Animal Rescue Rehabilitation (SNARR) rescued the poor pooch. While the organization’s specialty is taking in severely abused canines, Rudy’s case was particularly horrific — he suffered from life-threatening injuries from what appeared to be a battery-acid attack – and the staff at SNARR questioned if he would survive another day. 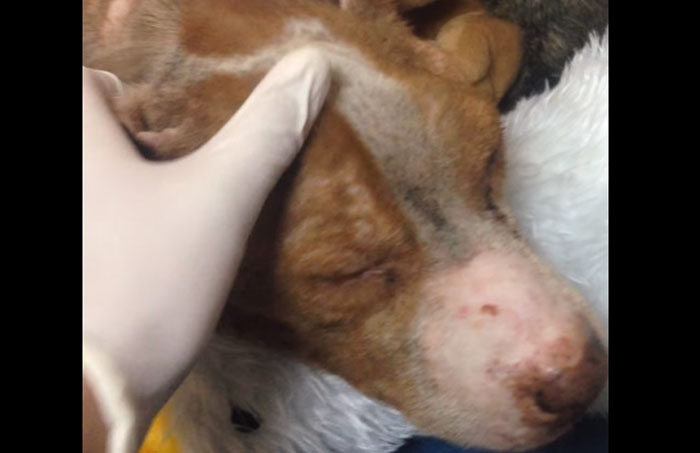 Vía SNARR Northeast / Youtube.com
The pup had been brought to Animal Care and Control in critical condition after being discovered discarded in a plastic bucket in NYC. SNARR Northeast Animal Rescue immediately rescued Rudy from the high kill shelter and sought emergency veterinary attention. 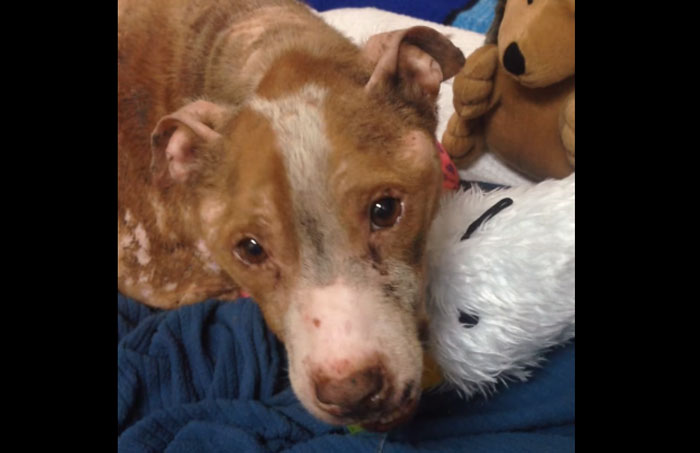 Vía SNARR Northeast / Youtube.com
Rudy’s injuries were severe: deep holes possibly caused by battery acid or cigarette burns riddled his starved and emaciated body, his head was sunken in, and he was covered in dirt, feces and urine. During his first bath, all of his hair fell out, and he cringed when being petted. 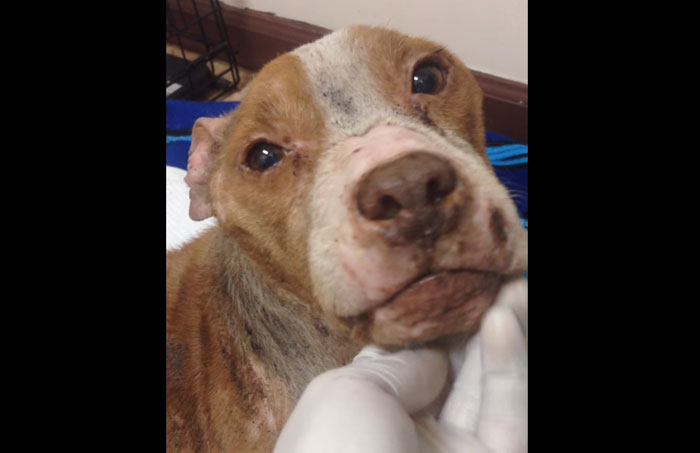 Vía SNARR Northeast / Youtube.com
Rudy has clearly suffered a life of neglect and abuse. In addition to those horrific injuries, while recovering in foster care it was discovered that he had also had a broken front leg, damaged tendons, a tear in his bladder, and had untreated Cushing’s disease. 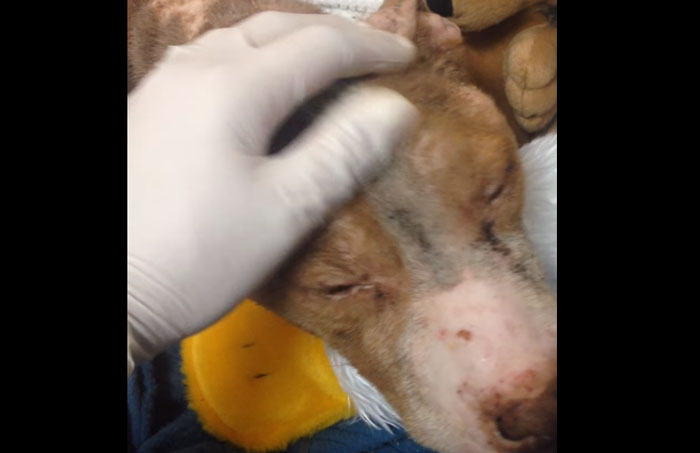 Vía SNARR Northeast / Youtube.com
He is a fighter, though. Within a week he was recovered enough to go into foster care, and now is living with a kind couple alongside their children, other dogs and cats, and even a pet lamb. Despite his horrendous ordeal, he is a sweet dog who is grateful to have been rescued. 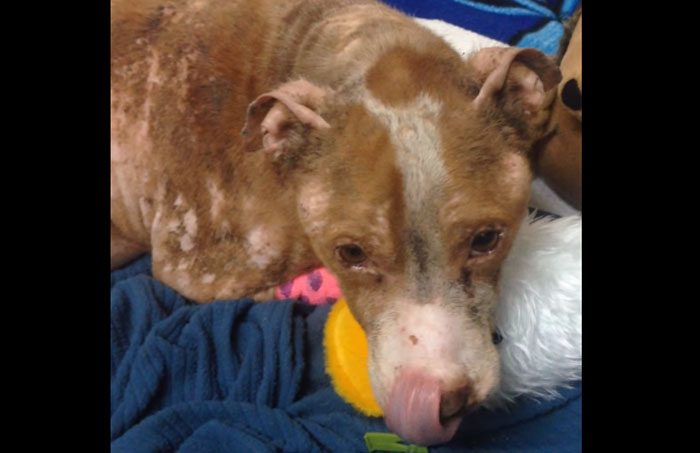 Vía SNARR Northeast / Youtube.com
According to the director of the Northeast chapter of SNARR, Courtney Bellew, Rudy relishes being spoiled and pampered, loves his baths and enjoys the special attention it brings. 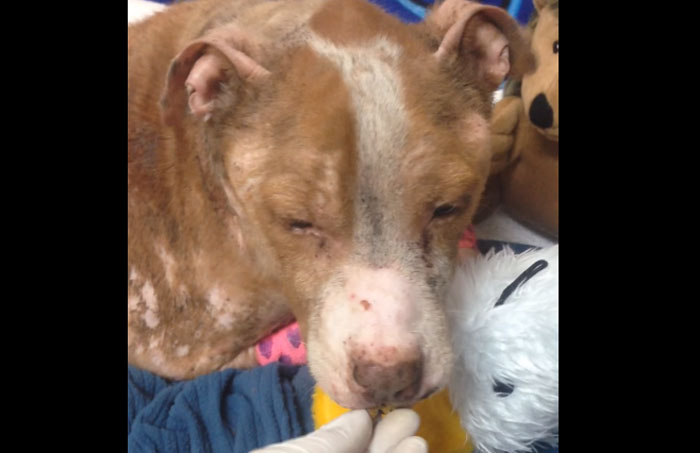 Vía SNARR Northeast / Youtube.com
Bellew is glad they have been able to show Rudy what a good life should be, and believes Rudy appreciates it as well. He continues to enjoy being doted on today as much as he did when receiving the special spa treatments. 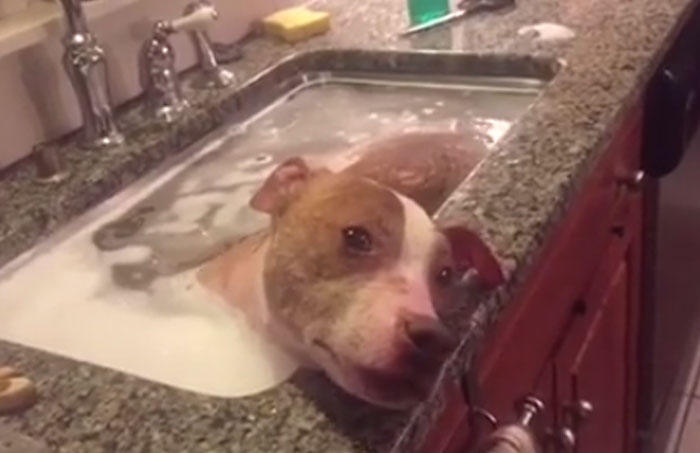 Vía SNARR Northeast / Facebook.com
Rudy has a way of grabbing your heart with one look, and his eyes are filled with love and hope. While Rudy will be ready for adoption soon, he does need a surgical procedure on his front leg. There is no guarantee the surgery will be successful, and he may never walk normally — he may require a wheelchair for mobility. In addition, his chronic conditions may necessitate costly lifetime treatments. 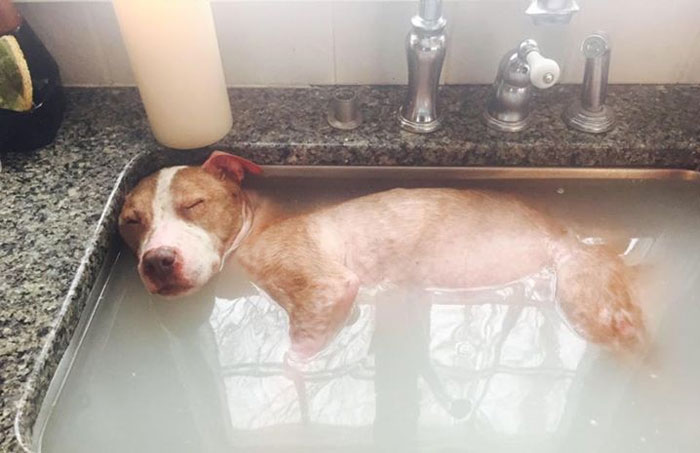 While nobody knows what Rudy’s future will bring, luxuriating in a soothing herbal bath is certainly a good start toward a wonderful tomorrow.
Compartir este artículo
Mundo.com