Shelter pets are often family pets that have arrived at the shelter because their families were unable to continue caring for them. People often drop off their pets at the shelter, trusting that they’ll find a home. It’s really beautiful to see how happier animals look as soon as they are adopted.

In this list, you’ll find the best before and after pictures of rescued animals. There’s no doubt that the owners and their pets make each other really happy!

Just look at that happy face! 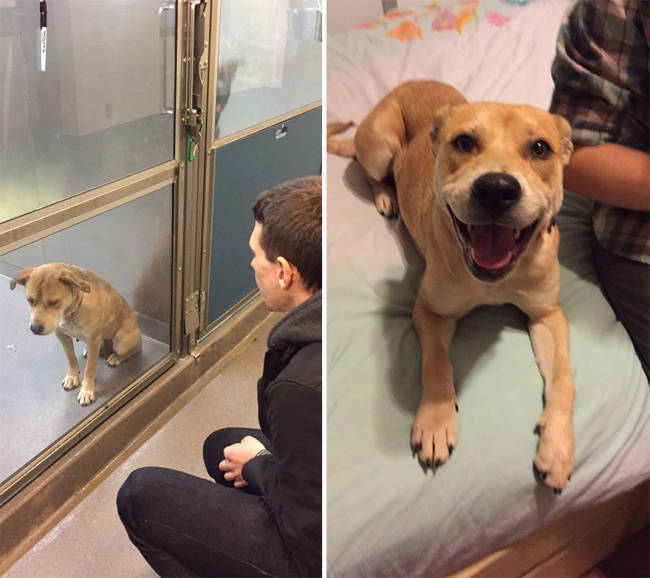 Only 10% of the animals received by shelters have been spayed or neutered. Overpopulation, due to owners letting their pets accidentally or intentionally reproduce, sees millions of these “excess” animals killed annually. 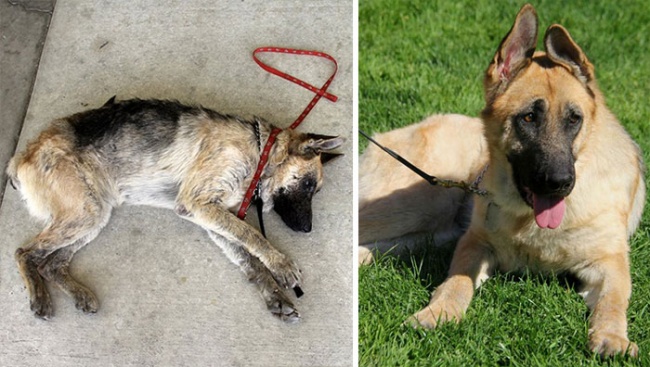 According to Bark Post, it costs taxpayers roughly 2 billion bones a year to round up, shelter and euthanize homeless animals. Wouldn’t you rather pay that tab with love and belly scratches? 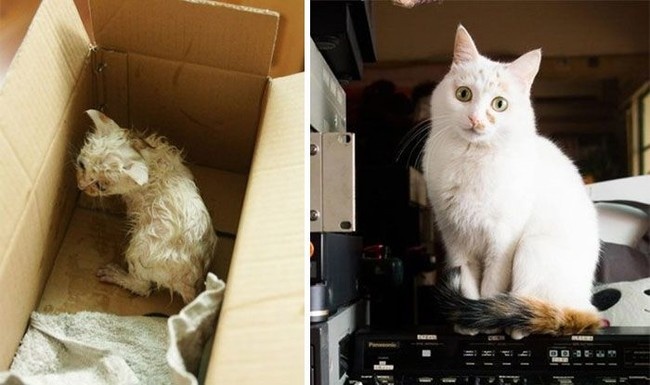 The main reasons animals are in shelters: owners give them up, or animal control finds them on the street. 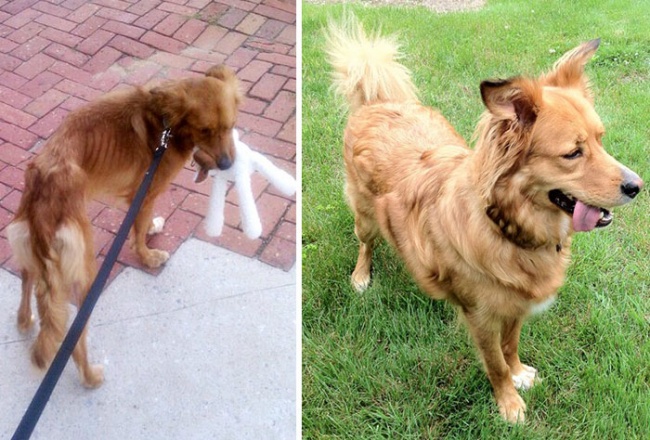 Gotta case of puppy ruv? The average age of animals entering shelters is 18 months… still perfectly puppyish if that’s what you’re after!

From unwanted stray to beloved pet… 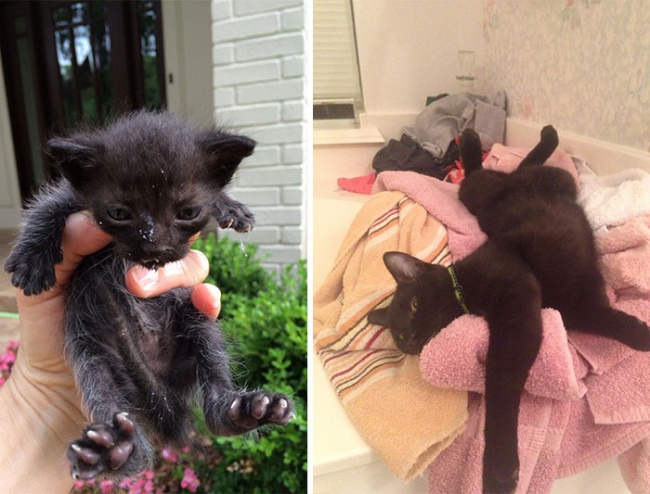 Homeless animals outnumber homeless people 5 to 1. So you can really help these lovely animals by adopting one of them. 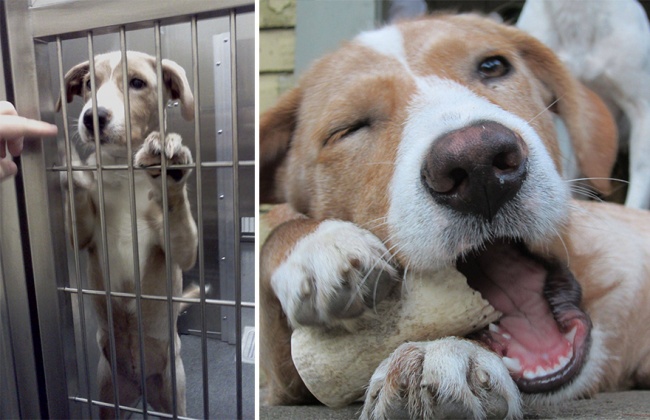 Science shows that dog owners are less stressed thanks to hormonal and chemical changes that occur from spending time with their pups!

They both look so happy! 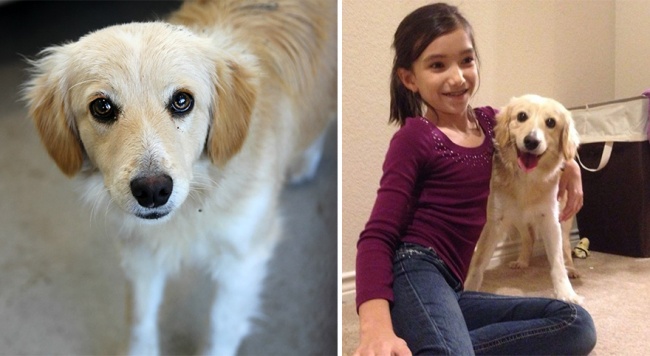 Each year, approximately 2.7 million dogs and cats are killed every year because shelters are too full and there aren’t enough adoptive homes.

Can you believe this is the same dog? 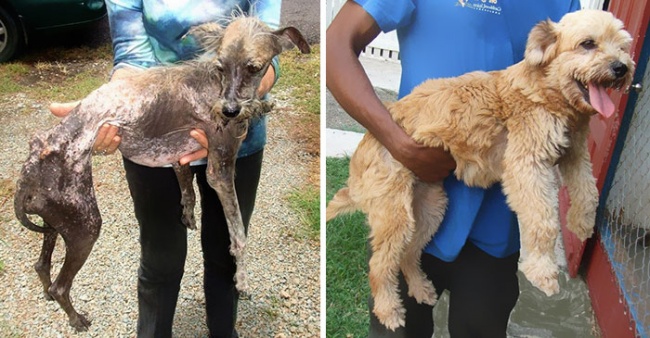 Many dogs and cats in animal shelters are turned in by guardians who simply can’t take care of them anymore, so it’s easy to find plenty of sweet animals who are already house-trained and friendly and who may even know a few tricks! 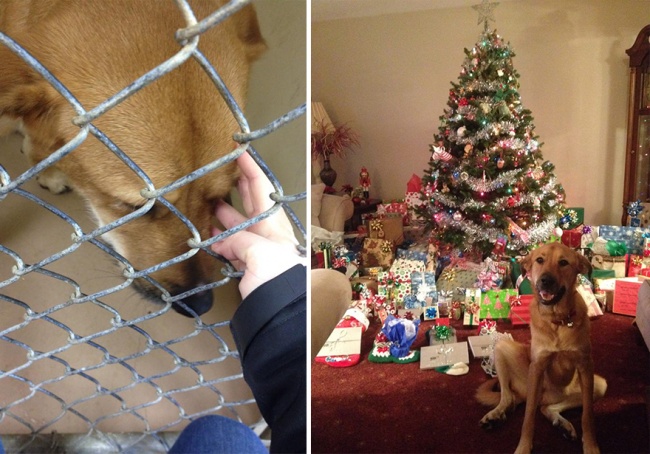 According to the National Council on Pet Population Study and Policy (NCPPSP), less than 2% of cats and only 15 to 20% of dogs are returned to their owners.

Look at those eyes! 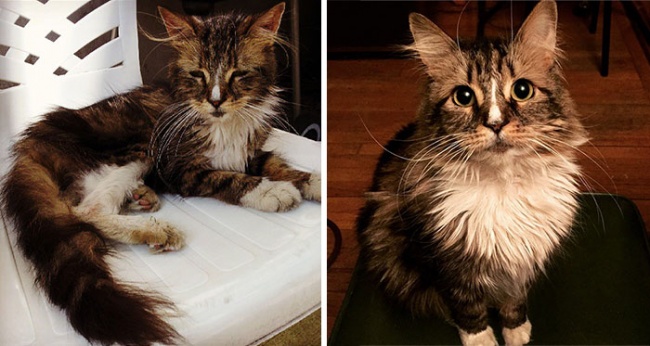 Got the love but not the time to play with cats all day? Just volunteer or foster! Not only will you be able to meet loads of adorable animals, you’ll also play a role in finding them forever homes.

About twice as many animals enter shelters as strays compared to the number that are relinquished by their owners. 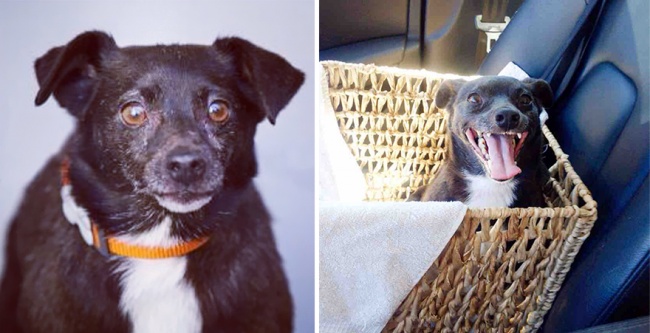 Does the thought of high medical bills make you paws when it comes to shelter dogs? Well, a whopping 90% of animals entering the shelter system are healthy and ready-to-adopt!

I love my new home! 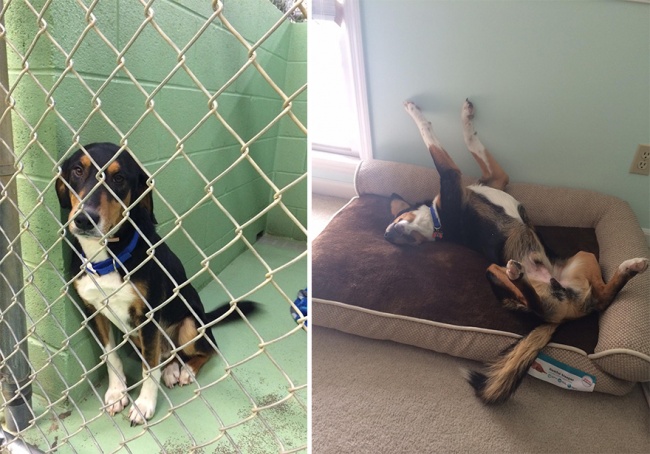 It’s impossible to determine how many stray dogs and cats live in the United States. Estimates for cats alone range up to 70 million. 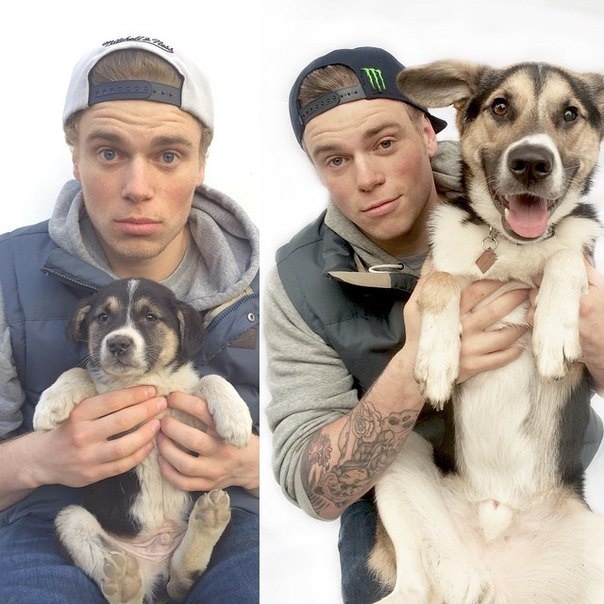 Did you know that 20-30% of dogs in shelters are purebred! There are incredible breed-specific rescues everywhere– a quick Google search will help you dig for what you need. 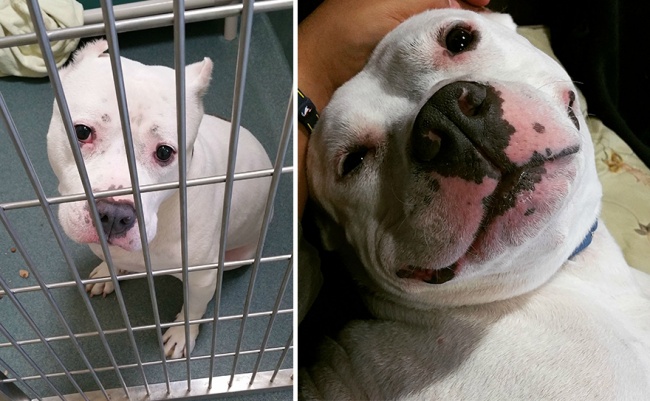 Many strays are lost pets that were not kept properly indoors or provided with identification.

She loves her owner very much 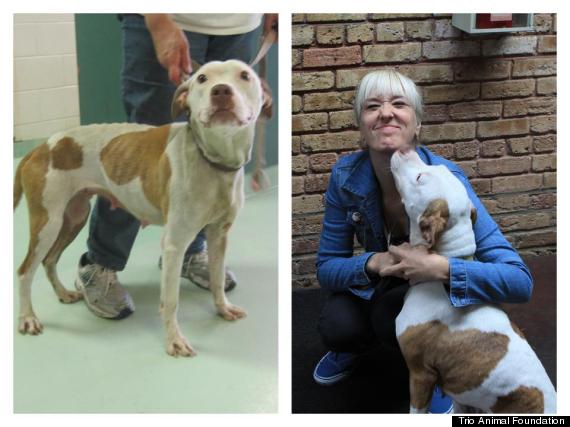 Workers and volunteers at animal shelters know the animals well, and they’ll help you find your perfect match. 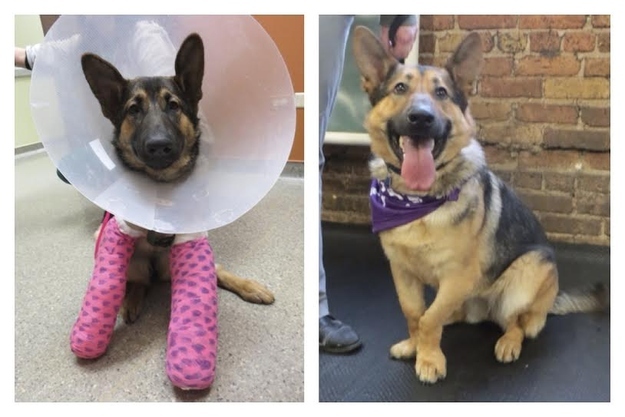 You can be that ray of sunshine by giving an animal in a shelter a loving home. He or she will pay you back in love tenfold! 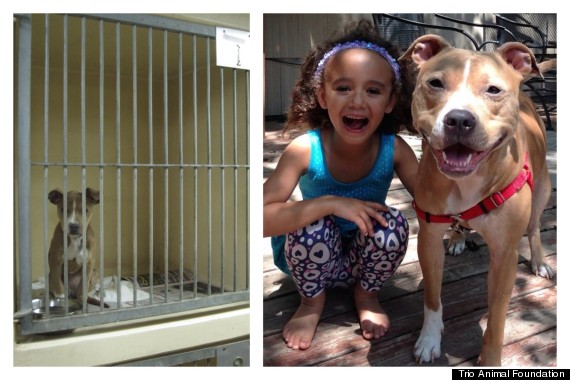 Before being put up for adoption, most pets in shelters are given a complete medical exam, plus vaccinations and any necessary treatment. 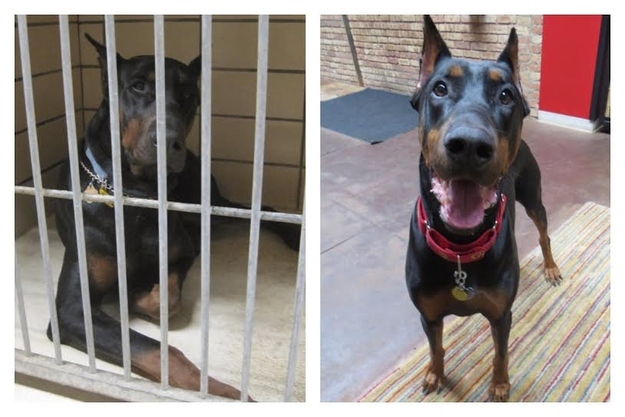 Of the estimated 8 million pets that enter U.S. shelters every year, only half of them will make it out. 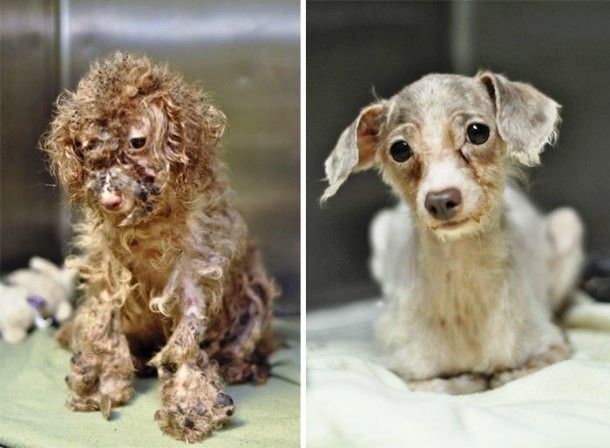 Adoption is the easiest, quickest way for a pet to leave a shelter. If your options are choosing to adopt — and save a life — and choosing not to adopt, why wouldn’t you welcome a shelter pet into your home? You can make a difference by adopting a pet.