Dogs are known as man’s best friend for a reason. They love us without question and they’re loyal to the end. We can’t forget the hours of amusement they provide either, from their silly antics to those strange sleeping positions. Honestly, how do they pull some of those angles off? More importantly, do they have spines – or bones, for that matter? 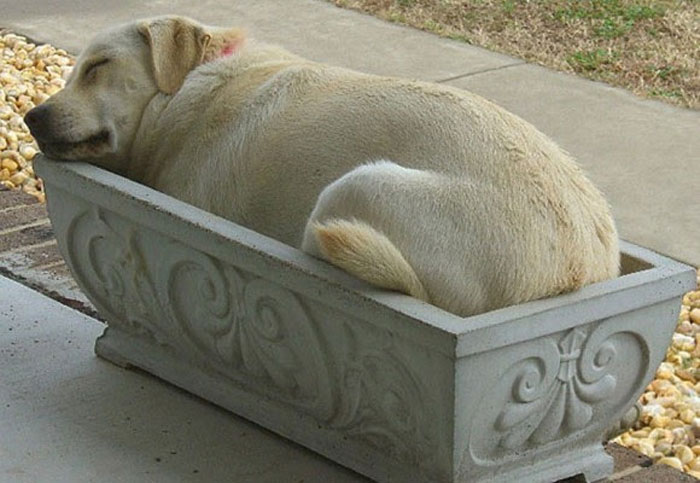 A dog will eventually find some odd angle to sleep in that leaves you so baffled all you can do is stand there and stare. The next clear thought that pierces your befuddled mind is that you have to take a picture of this! Unfortunately, right before you capture the moment, your dog wakes up and stares at you like you’re the one who’s insane. From time to time, though, people manage to snap the picture before the pooch awakens.

There are 17 dogs who finagled themselves into the most bizarre sleeping positions.. How they twist and contort their bodies into those odd angles, we’ll probably never know. Some of these canines even find a way to defy the laws of physics, much to our eternal amusement. 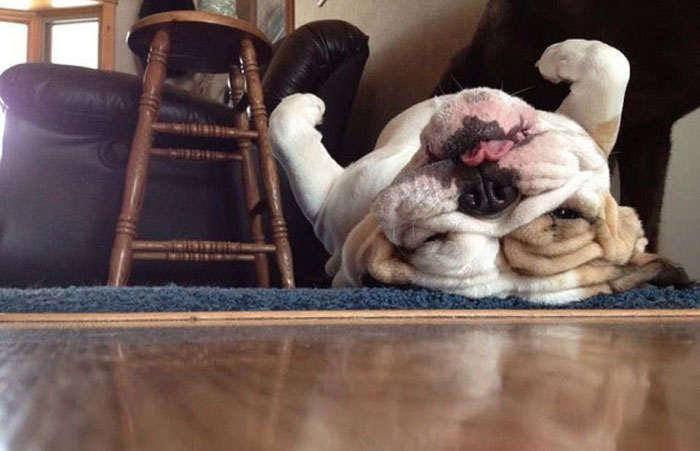 This Bulldog is so adorable no one really cares that it seems like he’s staring at you – upside down. Maybe it’s the way his paws curl in the air or that he’s sprawled out on his back without a care.

Those wrinkles certainly make him look like something you want to scoop up and hug for life. Then there’s the tongue dangling there for all to see. Could be he’s taste testing the air for any hint of a beefy treat while he’s catching some Z’s.

Bull Terriers are one of the cutest dogs around, but this one raises the bar a little higher. No, that’s his behind. 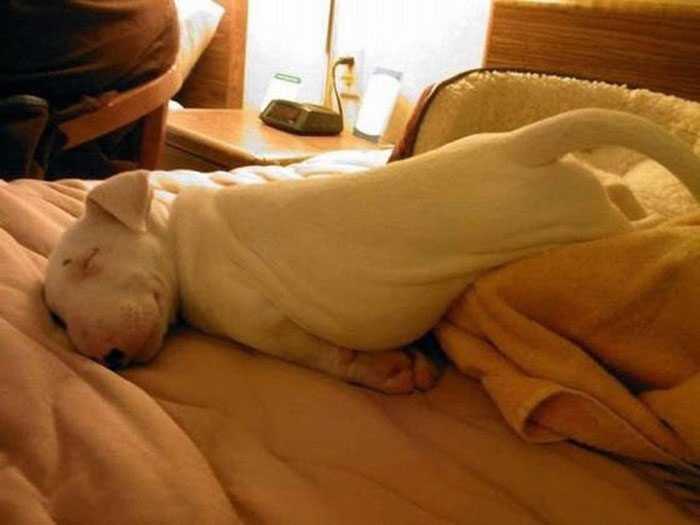 He looks like he conked out mid-run and slid into doggy dreamland. Judging by that smile, he’s gnawing on the biggest dream bone he’s ever seen. 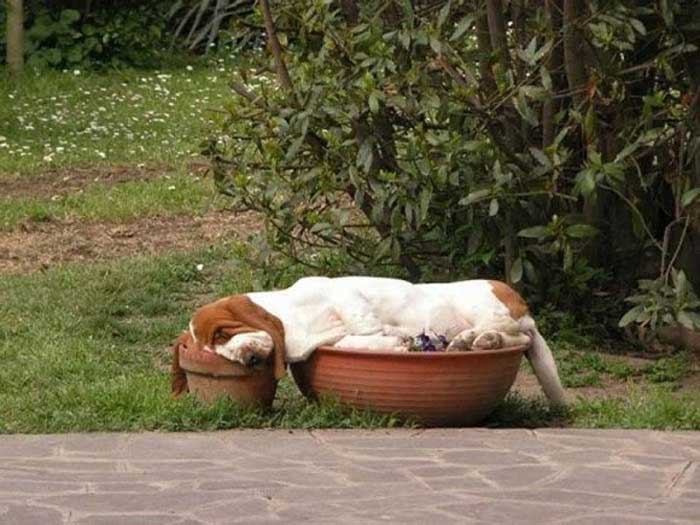 Now this is one creative pooch. Not sure how he pulled this off, but you can clearly see his bed pot is a perfect fit and that pillow pot supports his head at just the right angle.

Maybe he wanted to get in touch with his roots while he enjoyed a little siesta.