The most popular tourist attractions in the world - Mundo EN
Travel

The most popular tourist attractions in the world

There are 195 countries in the world; each one of them offers different attractions, cultures, museums, gastronomies or languages. Among all of these countries, there are some that attract millions because they have become popular tourist destinations over the years.

The Great Wall of China, the Colosseum, and Machu Picchu are some of the top visited attractions; make sure to read this post to find out interesting facts about these popular tourist attractions. 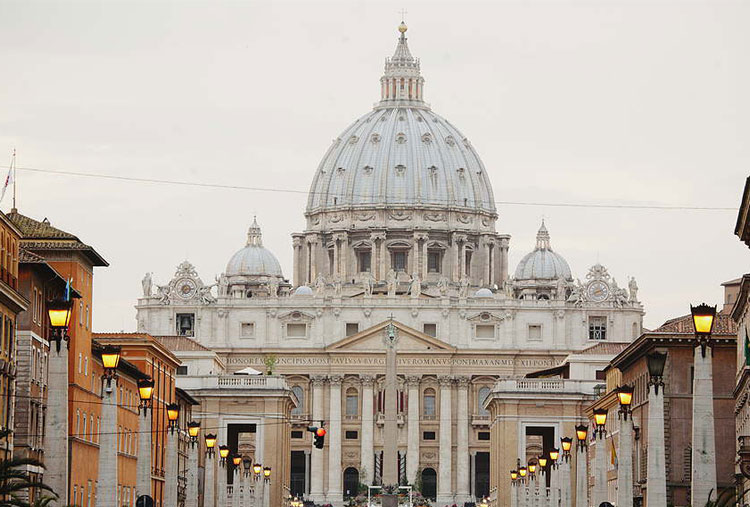 This basilica is located in the Vatican City, it is an Italian renaissance church designed by Michelangelo, Donato Bramante, Carlo Madero, and Gian Lorenzo Bernini. This church was named in honor of the first pope, St. Peter whose body is buried within the enclosure; it can accommodate 20,000 people at a time and it has become a popular place for pilgrimage and liturgical functions. 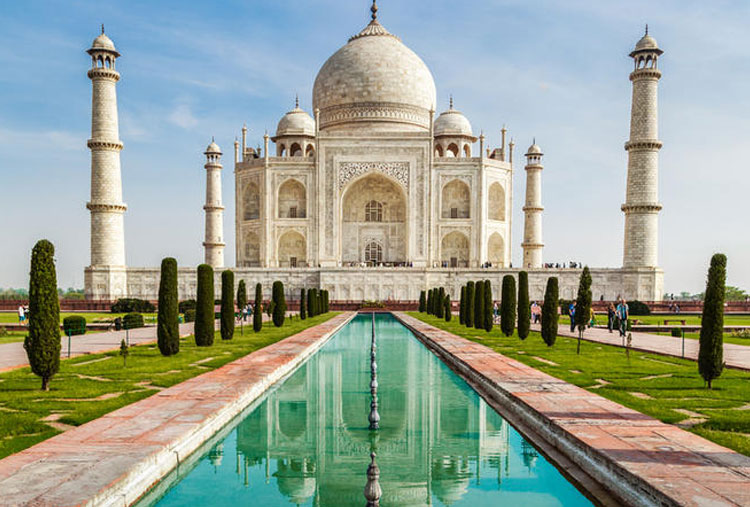 The Taj Mahal is one of the Seven Wonders of the World and it is India’s most popular landmark. The construction of this mausoleum was completed in 1653, and its estimated cost was $827 million. It was built by an emperor called Shah Jahan in the memory of his wife Mumtaz Mahal, a Persian princess.

The Great Wall of China 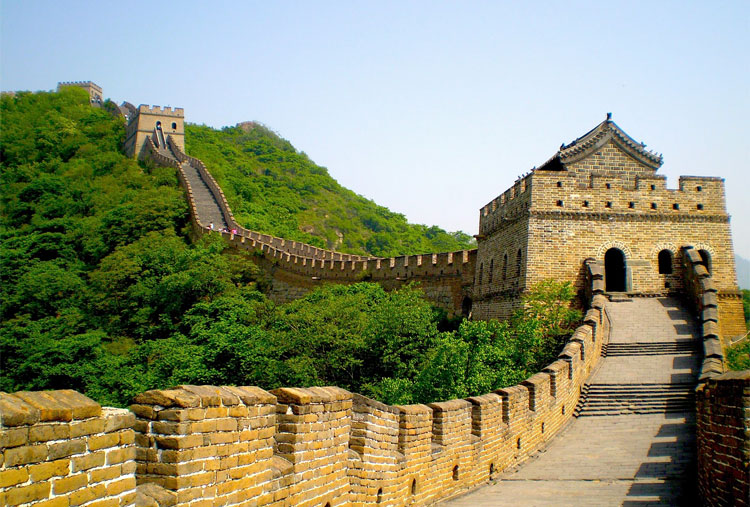 These series of fortifications were built during the Qin Dynasty, in order to protect themselves from the raids and invasions of nomadic groups. After the fall of the Qin Dynasty, many sections of the Great Wall started deteriorating, so it was reconstructed and extended during the Ming dynasty.  The Great Wall is considered one of the largest and most expensive constructions projects ever built. 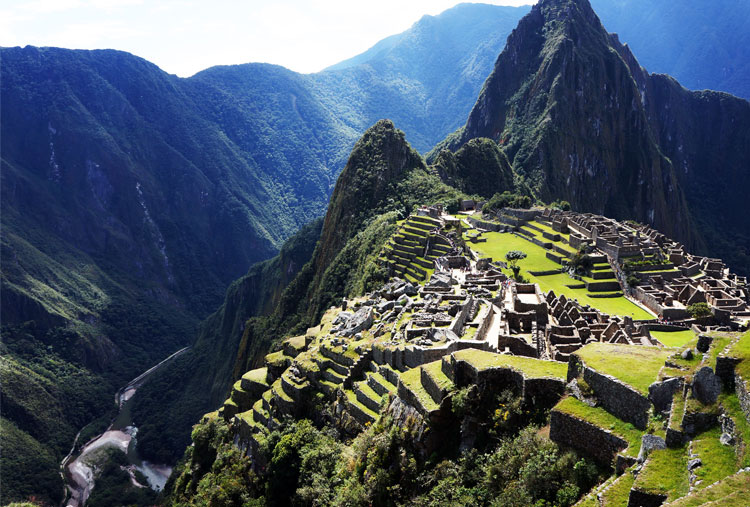 Machu Picchu, also known as the Lost City of the Incas, is located 130 kilometers away from Cuzco; it is considered one of the world's most valuable archaeological treasures. It was a fortress and place of worship of the Inca people. 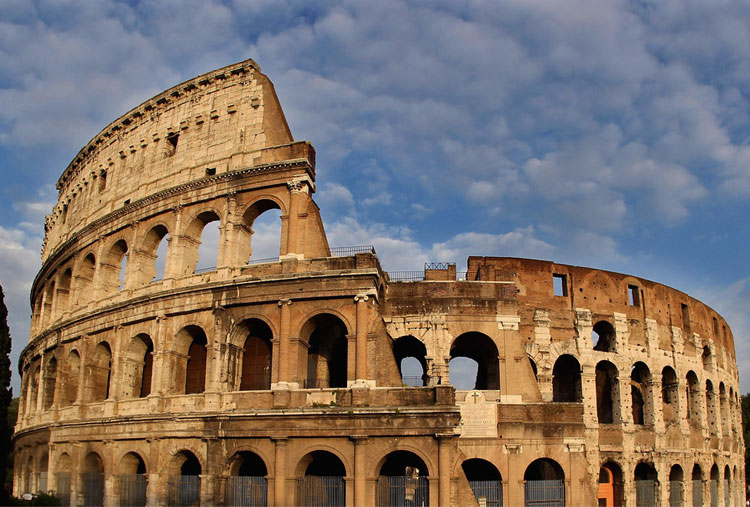 This Colosseum is one of Italy’s most famous landmarks; it is the largest Roman amphitheater with a capacity to host 50,000 people. In ancient times it was used for gladiatorial contests and public spectacles. Today it is one of the most visited places and in 2007 it became one of the Seven Wonders of the Modern World. 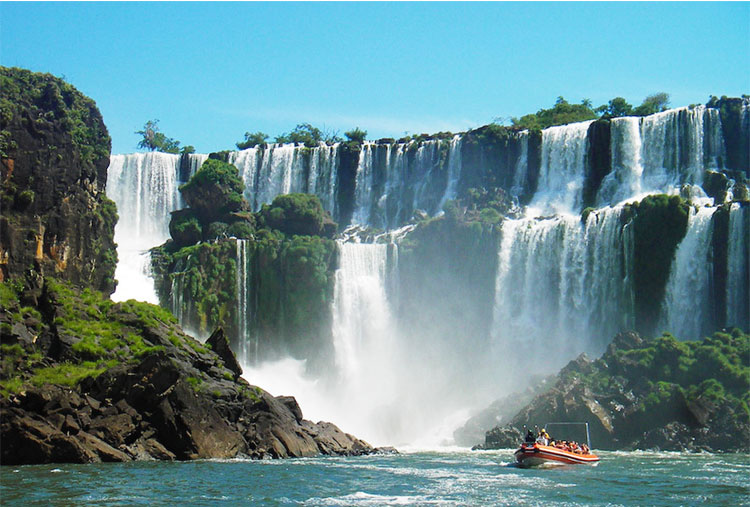 These waterfalls are located on the Argentinean border and the Brazilian state of Parana. Iguazu Falls can be reached from Puerto Iguazu in Argentina, Foz do Iguaçu in Brazil, and from Ciudad del Este, Paraguay.  They were chosen as one of the "Seven Natural Wonders of the World”. 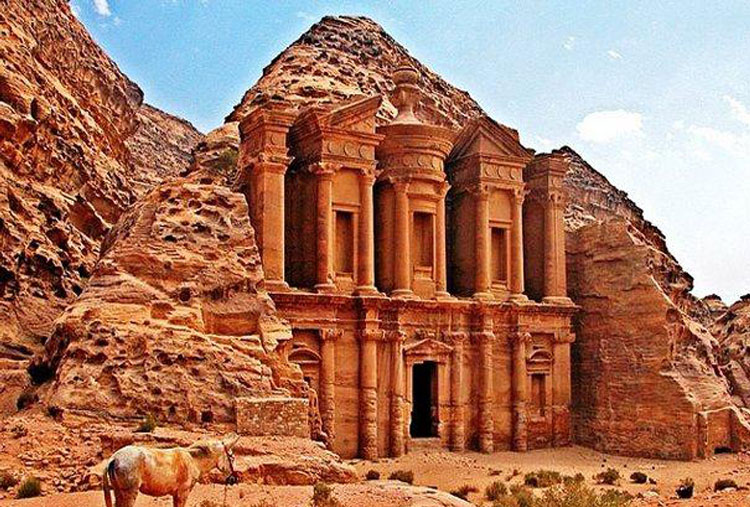 This archaeological city, located in Jordan, was the capital of the ancient Nabatean kingdom.  It is a unique place because it was carved into sandstone cliff faces. In ancient times Petra was a religious, cultural and political sanctuary; in 2007 it was chosen as one of the Seven Wonders of the Modern World. 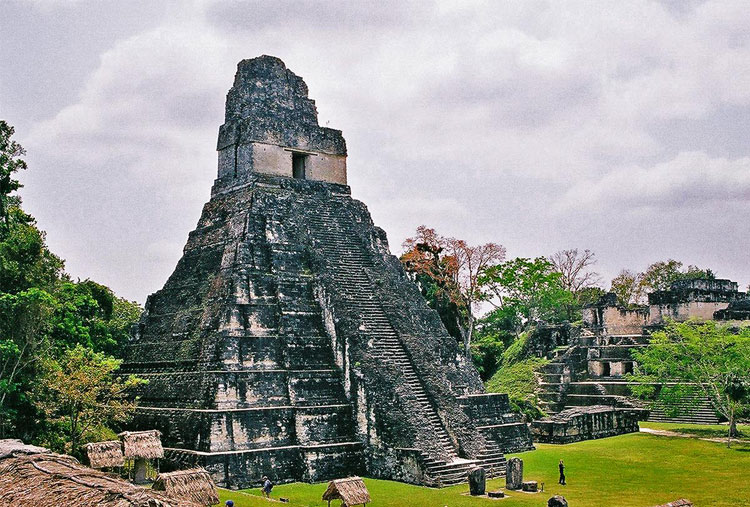 Tikal is Guatemala's most famous natural and cultural reserve, various Mayan archaeological sites are located here. It was declared a World Heritage Site by UNESCO in 1979. This archaeological gem comprises 576 square kilometers of forest around a ceremonial center and it is visited by thousands of tourists from around the world. 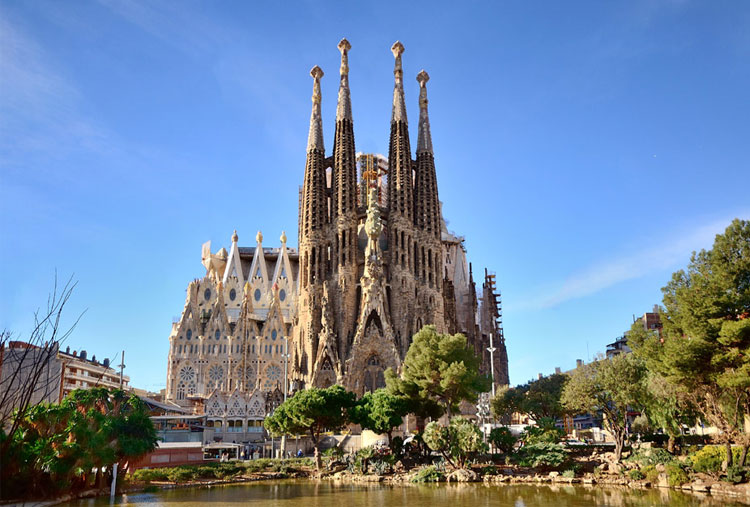 This is a large catholic church located in Barcelona, which was designed by Spanish architect Antonio Gaudi. Its construction began in 1882 and it combines Gothic and curvilinear Art Nouveau forms. The Sagrada Familia is a must-see if you visit Barcelona! 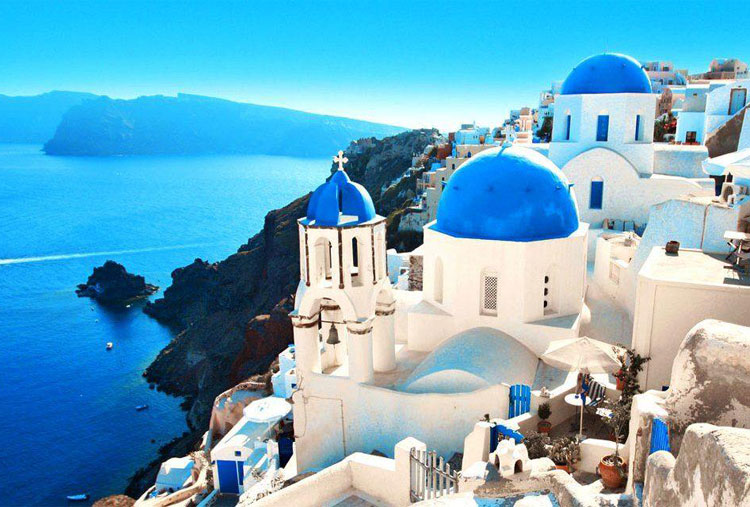 Santorini is part of an archipelago located in the southern Aegean Sea; it is what remains of an enormous volcanic explosion that destroyed the earliest settlements on the former island territory. Its nightlife and beautiful views make it one of Europe's main tourist destinations. 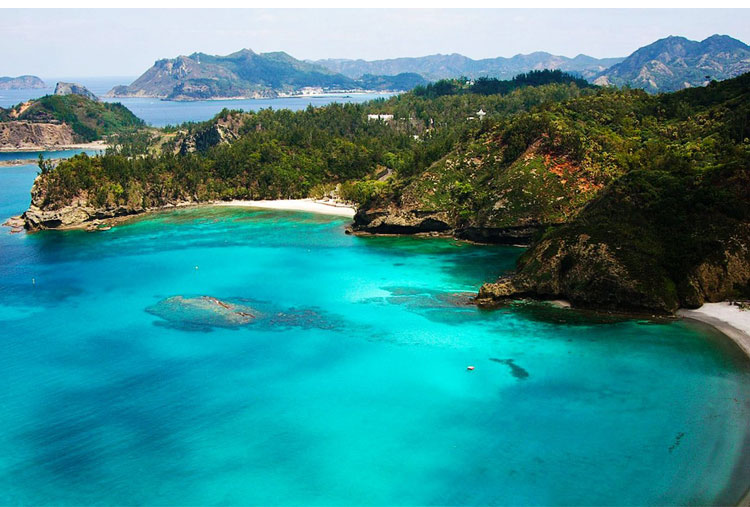 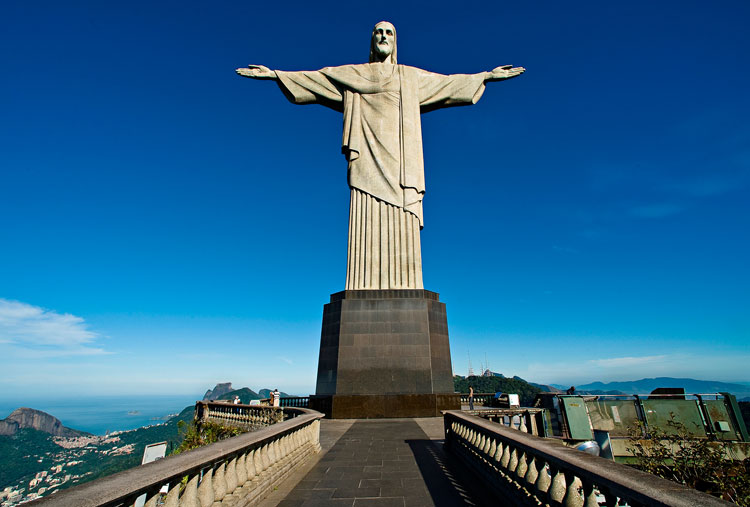 This statue is 30 meters high and it is located at the peak of the Corcovado mountain in Rio de Janeiro, Brazil. Cristo Redentor is considered the largest statue of Art Deco in the world and it is one of the most famous tourist attractions of Brazil. 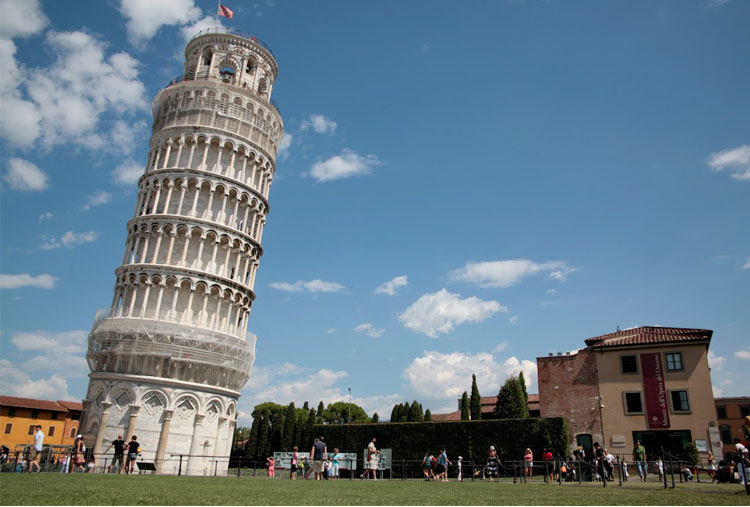 The Leaning tower of Pisa is located in Tuscany; its foundations were built on soft subsoil so the tower’s tilt began five years after its construction started. Visitors can climb to the top of the tower to enjoy the breathtaking views of Pisa. 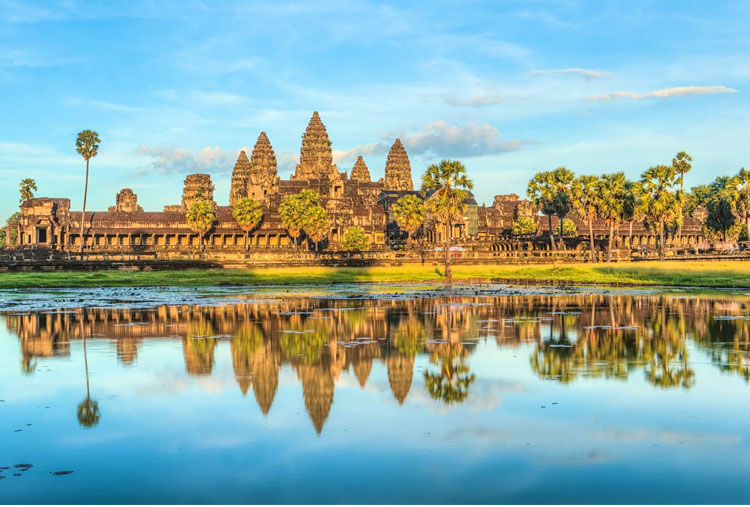 This temple is considered the largest religious monument ever built, it is located in a province of Cambodia and it is one of the most valuable archaeological treasures in history. Angkor Wat translates to “City of Temples”. 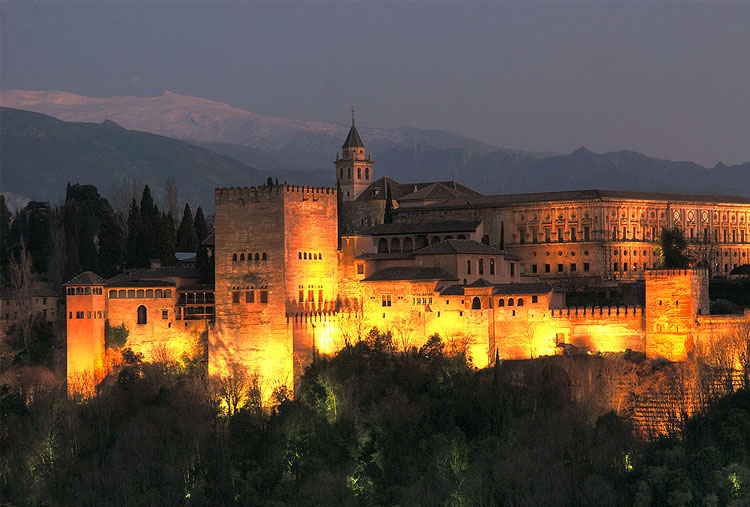 This palace and fortress complex located in Granada, Spain, is one of the most visited castles because of its Abbasid architecture. The Alhambra is located on a hill so if you visit the castle, you’ll enjoy the breathtaking views of Granada. 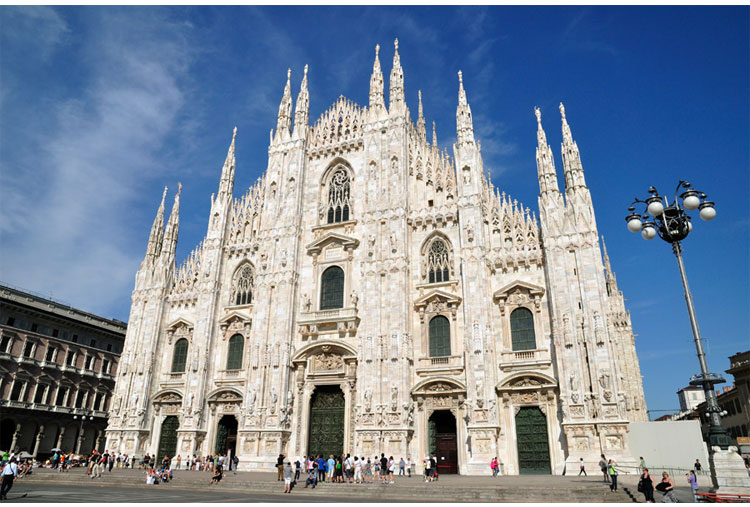 The Milan Cathedral, also known as the “Duomo” is the seat of the Archbishop of Milan. Inside this cathedral, you can find numerous statues, paintings, and sarcophagi of great figures in the history of the Catholic Church. 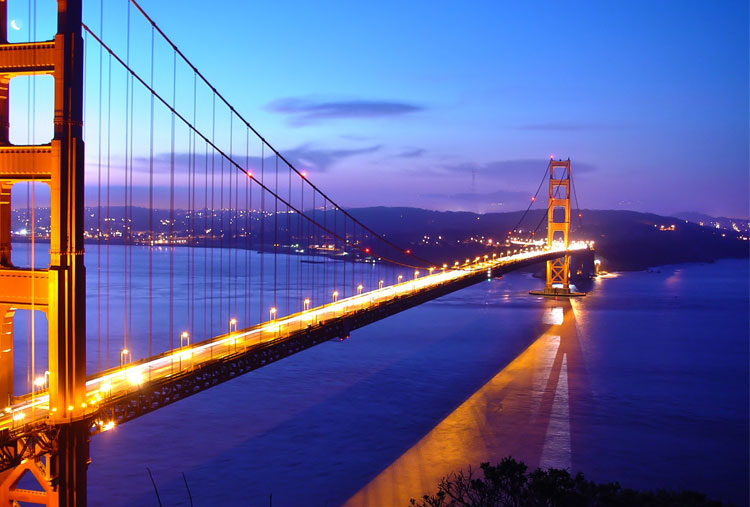 This bridge located in San Francisco is one of the most recognized symbols of this Californian city. Its construction began in 1933 and it connects the city to its northern suburbs. The bridge’s color was selected because it complements the natural surroundings. 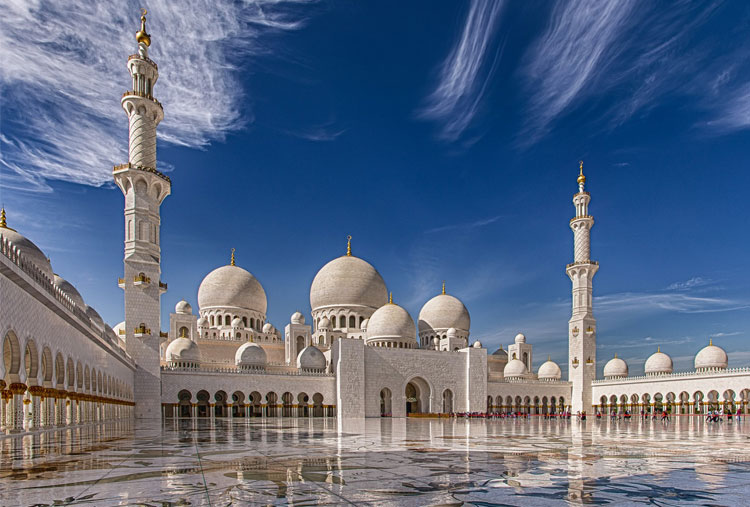 This mosque is located in Abu Dhabi; it was built by the late president of the United Arab Emirates, Sheikh Zayed bin Sultan Al Nahyan. It is considered a key place of worship because it unites the cultural diversity of the Islamic world. 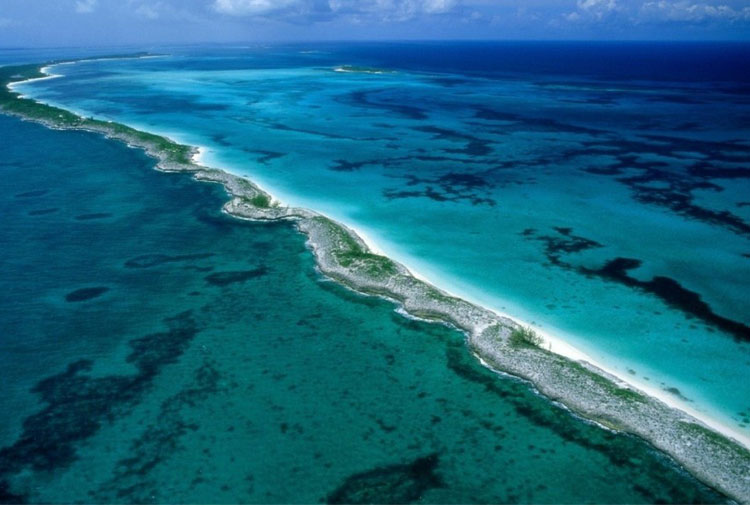 The Great Barrier Reef is the largest one in the world. There are over 1,800 different species of marine animals and over 400 coral species. A very interesting fact about this coral reef is that it can be seen from outer space. 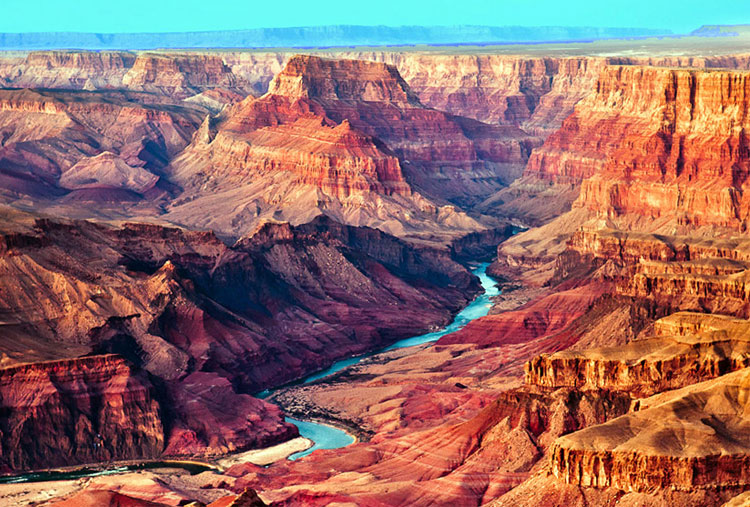