These people had one job and FAILED - Mundo EN
Omg

These people had one job and FAILED

Human error is as common as breathing. We make mistakes every once in awhile because no one is perfect. Maybe they were tired and failed to see the terrible things that the mass production chain had done to the products. Others times, we think, it was negligence. When the mistakes are architectonic failures it’s obvious the person in charge did not care about the task he or she was granted.

Sometimes those mistakes are pretty funny, especially when you seen them on toys or clothing. Thanks to the smartphones almost everybody can be a street reporter. We have all these wonderful pictures that prove how people can have only ONE job and still blow it. Some of the mistakes are wild and will make you think how it is possible to mess something so easy.

It was only on national TV 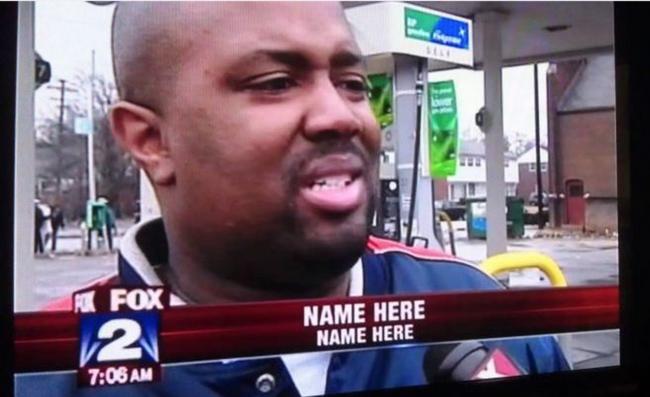 Distractify
This news editor surely messed up. Instead of typing the name of the person being interviewed he just left the “name here” text. Maybe that person’s name is really that but we think someone just made a huge mistake on national TV. It makes you wonder what the interview was about…

What is wrong with Nala? 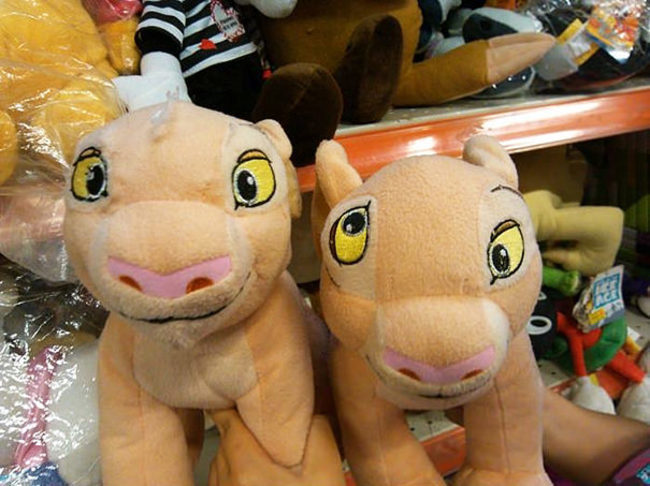 Distractify
Nala is the famous character of The Lion King. But this stuffed animal is from looking like the princess of the movie. Something bad happened in manufacture because her eyes are looking a little funny and unfocused. 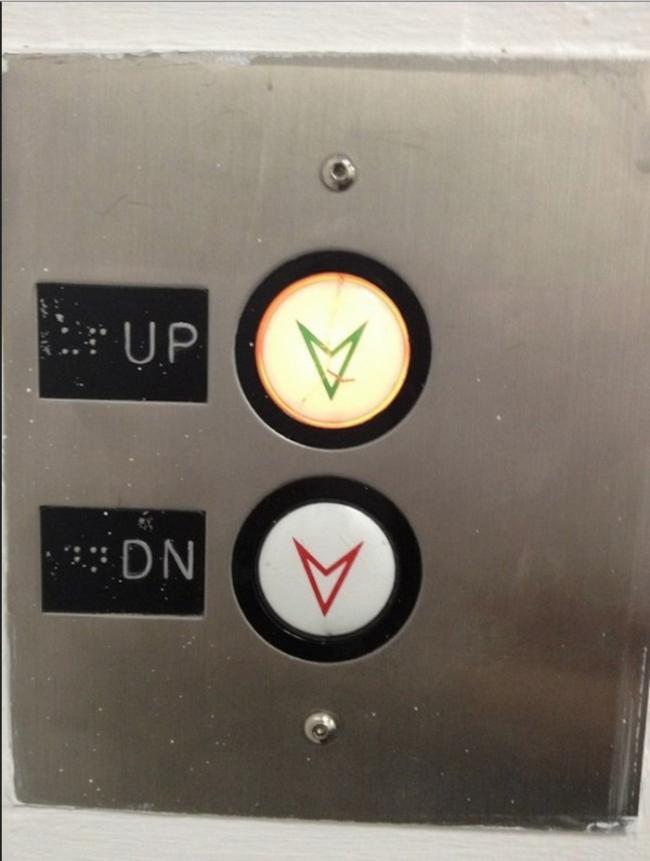 Distractify
One of my biggest fears is getting stuck in an elevator. I wouldn’t trust this elevator with my life. If the people who installed it didn’t care about the buttons there is no assurance that everything else is perfect.

The cap is supposed to go over the hole 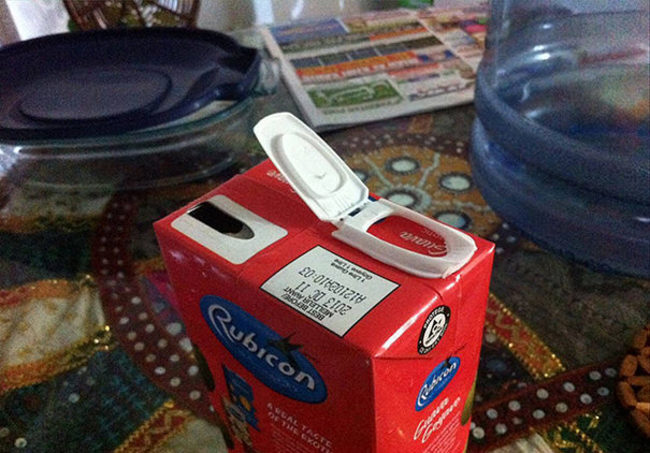 Distractify
Now it will be even more difficult to pour liquid from this god forsaken package. The family breakfast will have to be treated with care because you could spill juice on everything. Next time the workers should make sure that the hole of the package is covered by the cap.

¡Congratulations on your thirdst place! 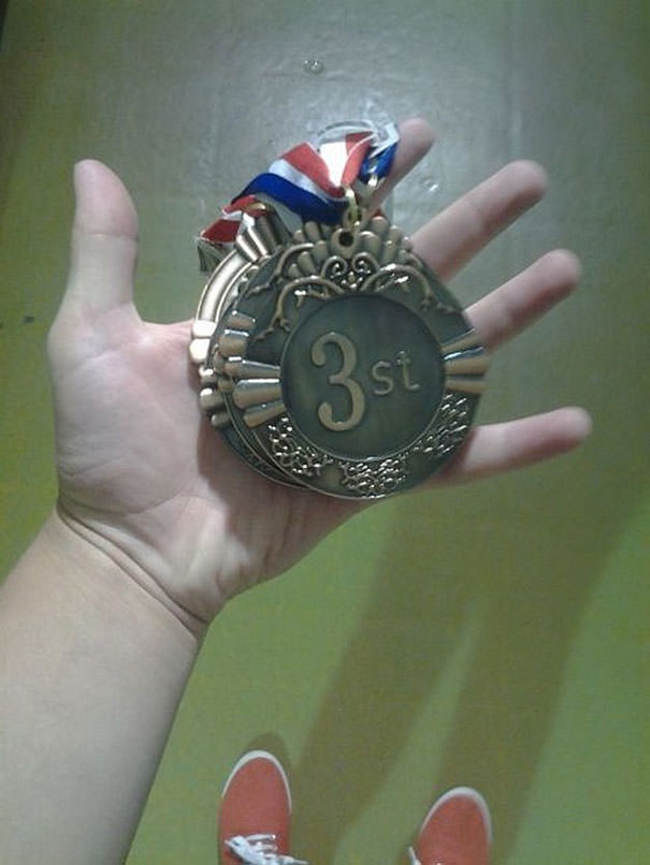 Distractify
It is true that nowadays every kid gets a participation medal. But this is getting out of hand. This person had one job and it was to get the number on the medal right. But now there is a new place on competitions and it’s thirdst place. It’s like you are winner but at the same time you are in third place. 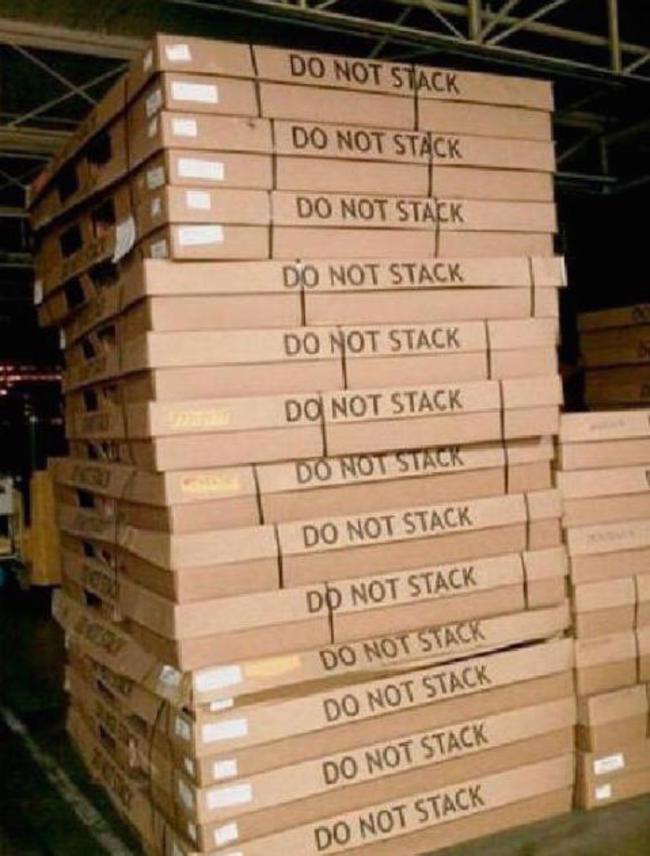 Distractify
The instructions could not be more clear. The boxes say DO NOT STACK on all caps. But maybe the warehouse didn’t have enough space to hold all the boxes and decisions were made. Problem solved.

Geography is important when you want to travel 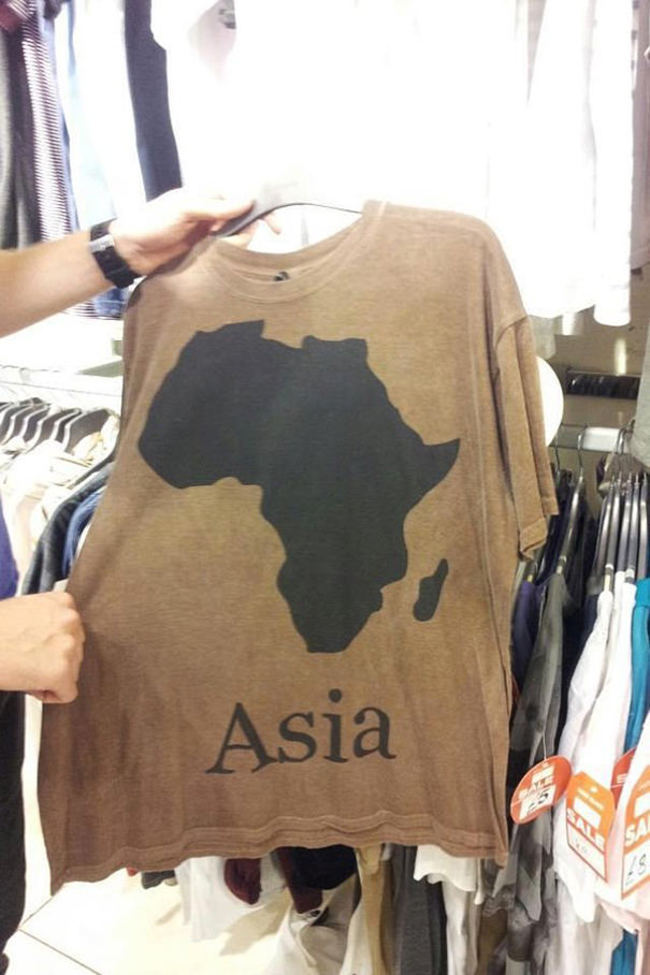 Distractify
If you are planning a family trip to Asia you might want to buy this shirt. It will help you get across the continent. Although we are sure that it will cause confusion among the locals. Because the shirt is showing a picture of Africa but it says Asia. Weird.

Long yellow things on the supermarket 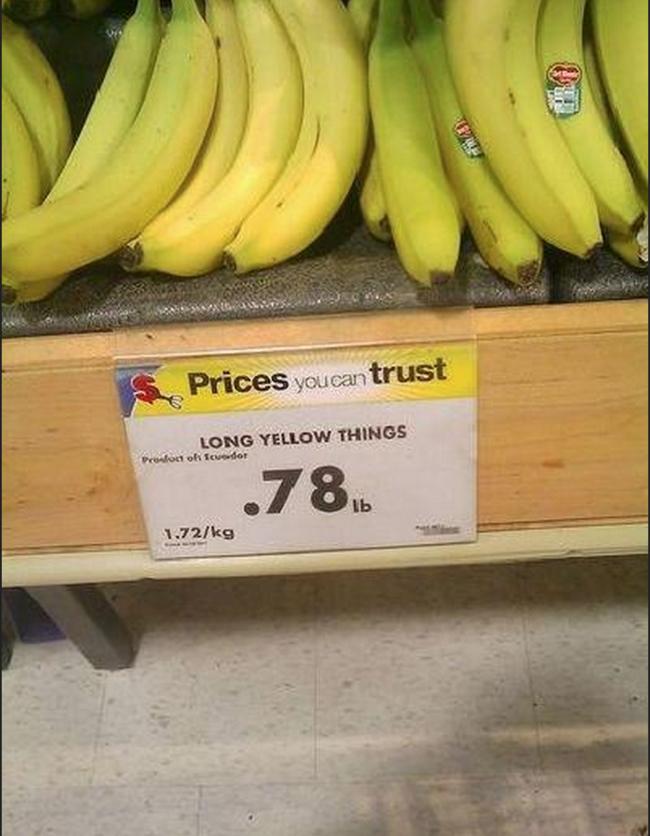 Distractify
The supermarket does it again. The only job the person had was to make the signs for the products. Everything was going fine until those long yellow things came by. No one knew their name so it was easy to just describe them for the customers. Hint: they are bananas.

Back to school basics 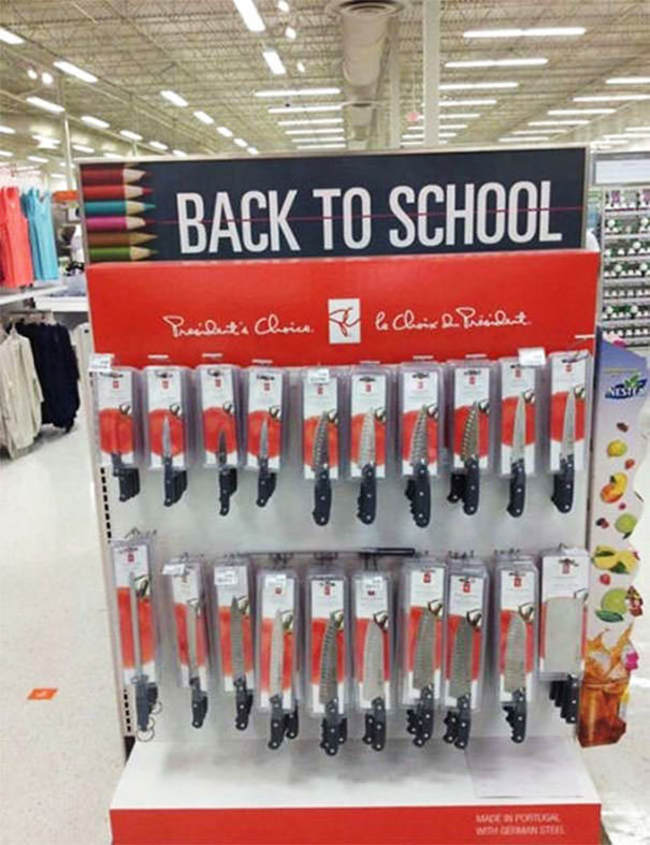 Distractify
Going back to school for a lot of kids is torture. There is homework, exams and grumpy teachers. Nobody wants that. But it doesn’t matter how strong their feelings against school are they have to suck it up and go. But on this store they are giving the kids bad ideas.

A new paint job for your car 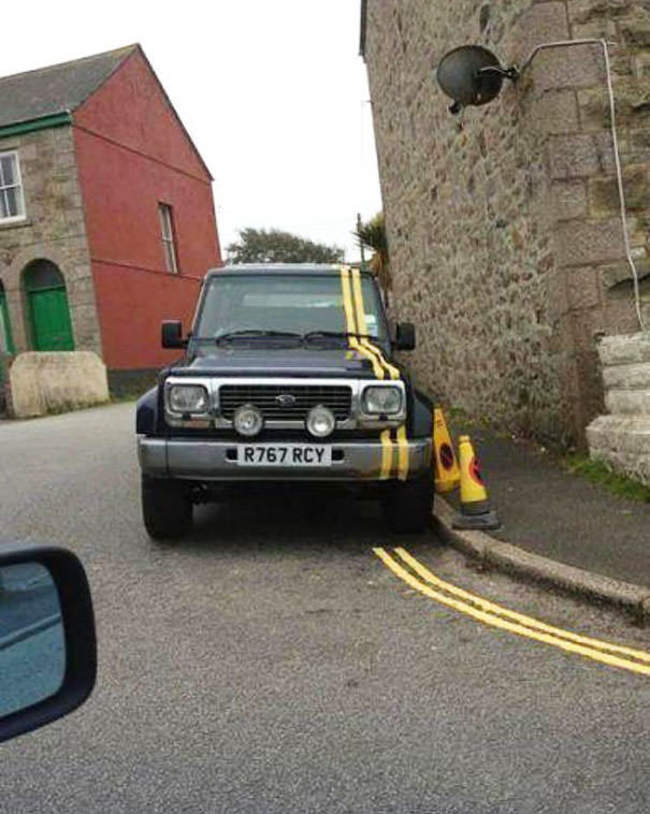 Distractify
If you want to paint your car or give it a new look you just have to park on this little european town when they are fixing the streets and wait. The car owner had no idea that the car was going to get ruined by parking there. Maybe the worker had no time to waste and just decided to paint over the car instead of finding a way to move it. 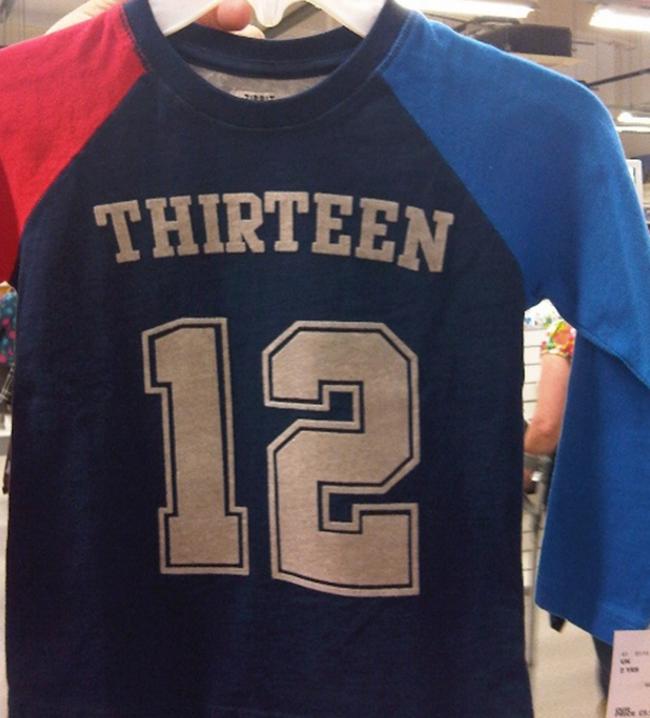 Distractify
We can tell by these pictures that numbers are a big issue when it comes to mistakes. These department store is selling shirts with a little mistake in them. Maybe they want thirteen year olds to buy their clothes but also the teens that have twelve. If you like to confuse people this is a cool shirt to own.

It was a very easy puzzle

Distractify
How do you mess up a two piece ad? We cannot imagine how these people can manage with a puzzle with more that five pieces. 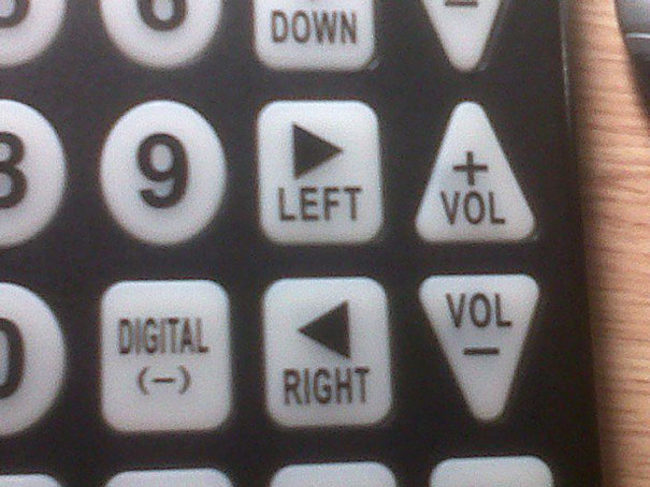 Distractify
Have you ever felt that using the remote control can be stressful? Have you been sitting on your living room and feel like the remote has it against you with all those buttons that you can’t seem to figure out? Well if you had this remote it would be even harder…

This is not a safe room 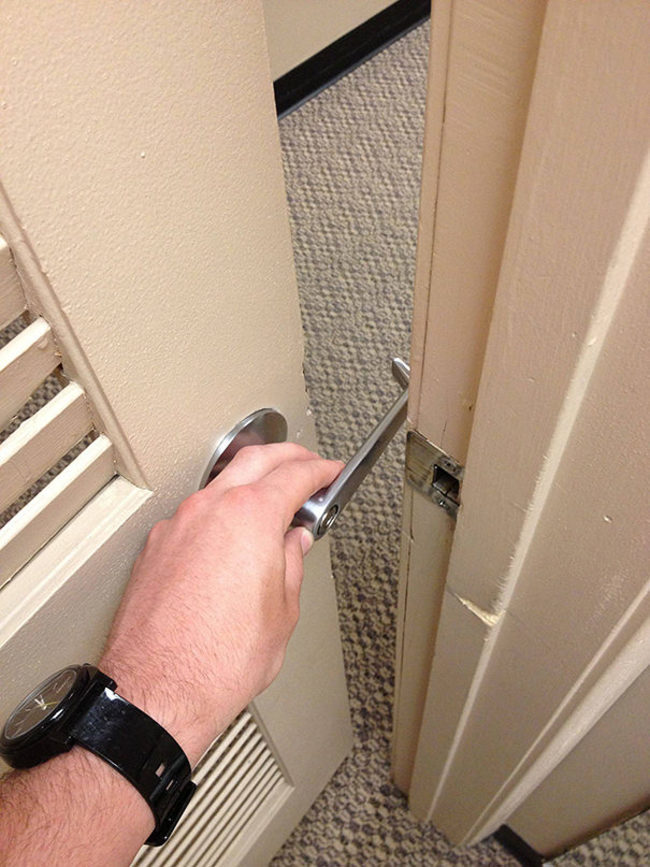 Distractify
If you want lock this room think again. The designers figured out a way to make a door that doesn’t lock. You can put it in your kids room so he can have privacy but cannot lock himself in. 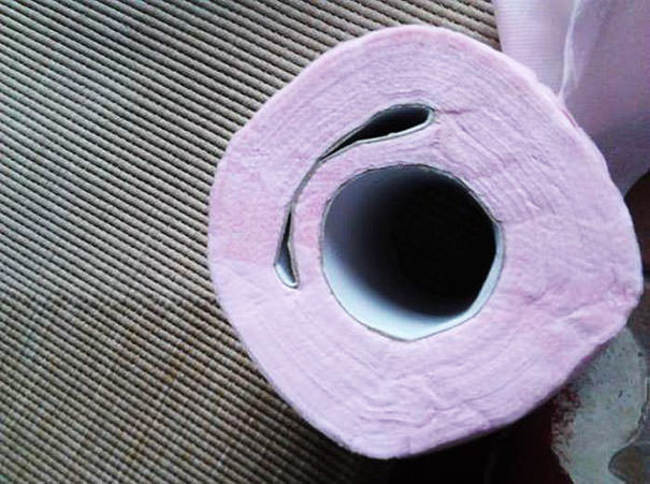 Distractify
If you look at it from the bright side, this mistake can help you. If you run out of paper you have two cardboard tubes to help yourself.

It’s called a midfield logo for a reason 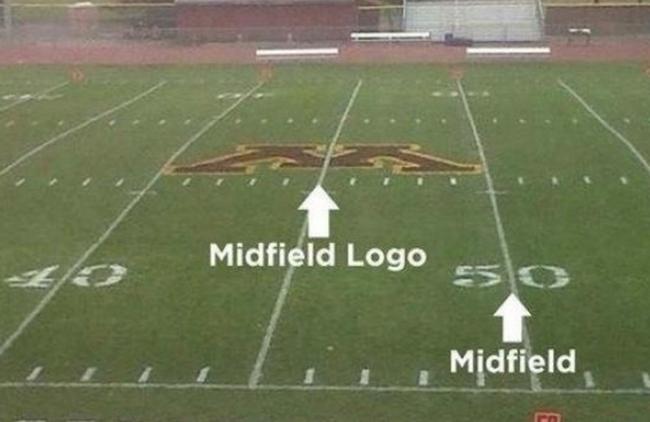 Distractify
We can accept this mistake because we know that humans are not perfect. But next time maybe they should check twice if they are in the middle. 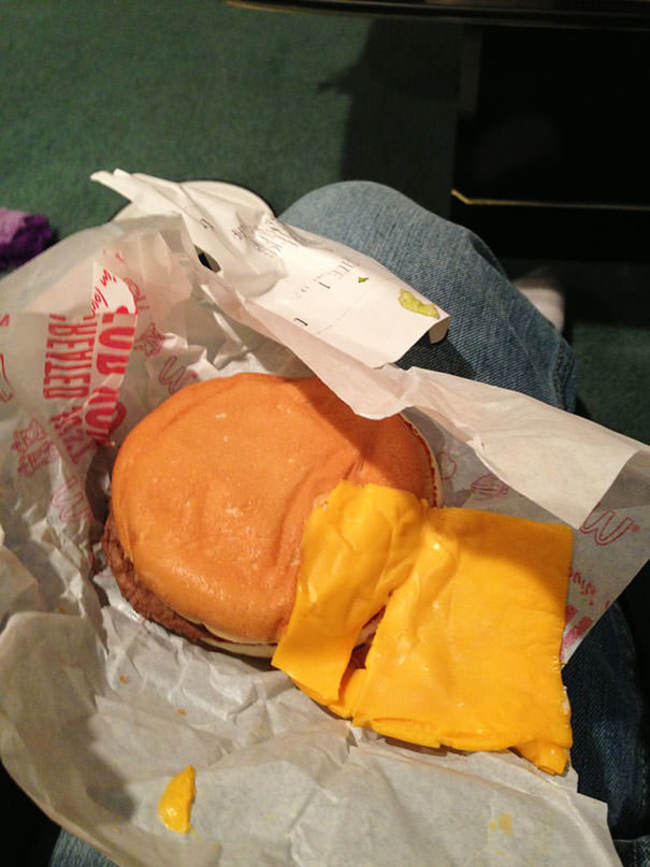 Distractify
This is one of the worst mistakes. You had one job and it was to put the cheese in the cheese burger. But someone in a hurry just tossed de cheese on top of the burger. 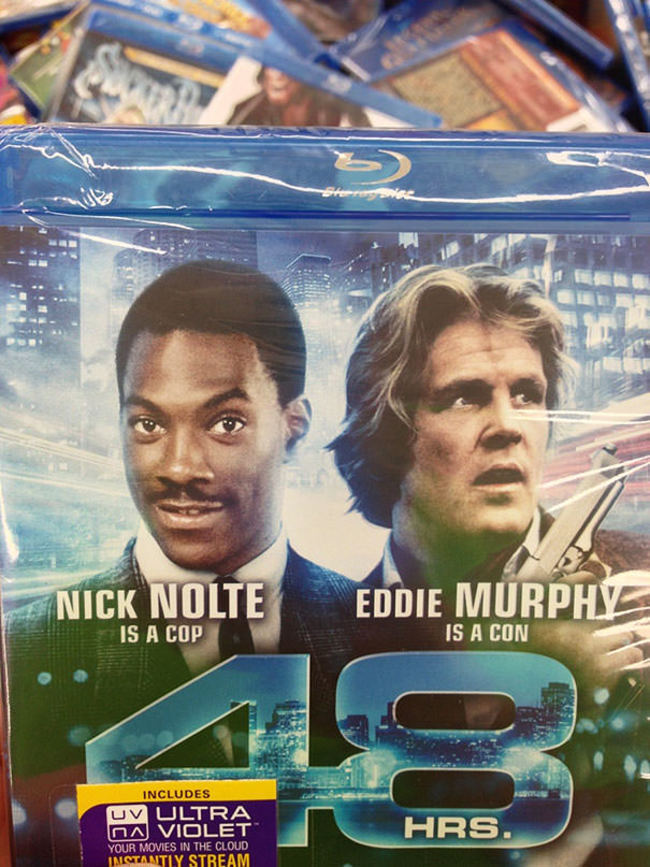 Distractify
I didn’t know Eddie Murphy had long blonde hair. We can all learn from this. If you are not sure of somebody’s name you should ask. This mixup is a big fail because there are only two characters on the cover and they don’t even have the right name underneath.

It floats on water… 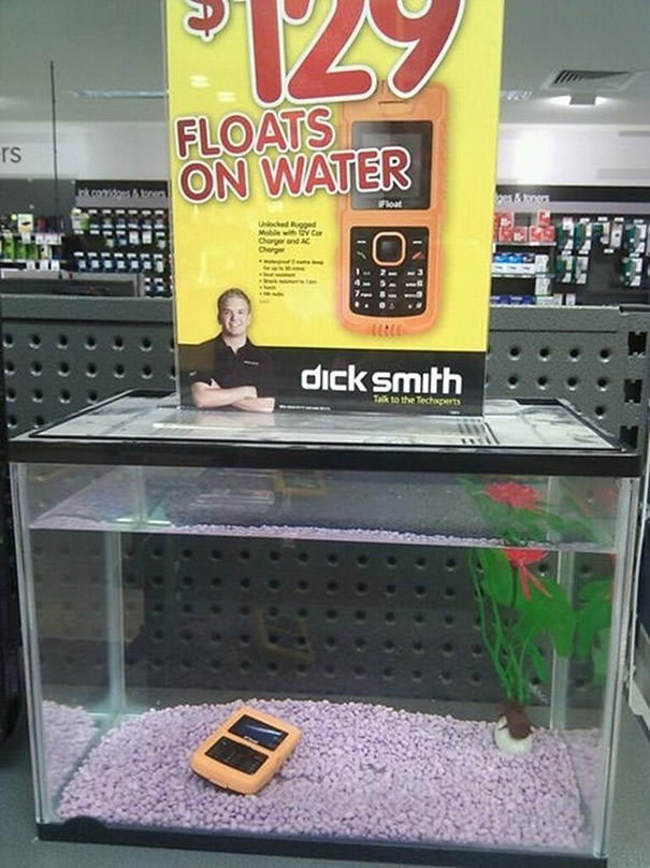 Distractify
This is the perfect example of bad advertising. If you see the product doesn’t complete the expectations you don’t mention them or at least you don’t make it that obvious.

The perfect cup of tea 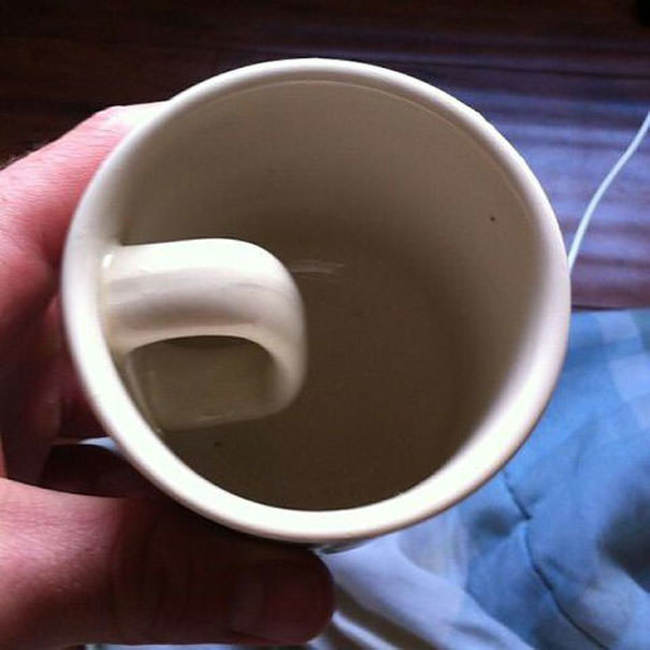 Distractify
I think this cup is designed to hold your spoon on the inside.
Compartir este artículo
Mundo.com