Human overpopulation is a condition in which the number of people in a group exceeds the capacity of the region occupied by them. This is a real issue we’re facing nowadays, and it is caused by numerous factors, such as medical advances or reduced mortality rates.

Due to the rapid increase in human population, experts are concerned because the planet may not be able to sustain present or future numbers of inhabitants.  In this post, we’ll show you some really shocking pictures of human overpopulation and its consequences.

This is not a motorcycle race 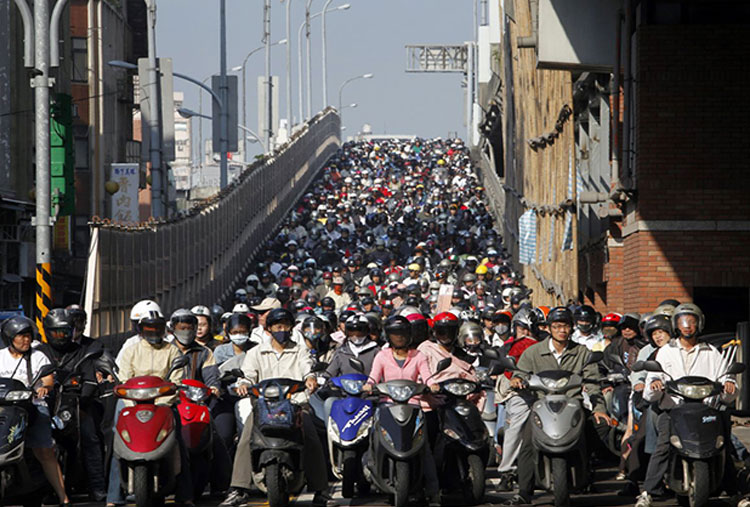 Judging by this picture, it seems as if this were a motorcycle race, but sadly, this is what a regular day in China looks like. This is the most populous country in the world with 1,382,300,000 inhabitants! 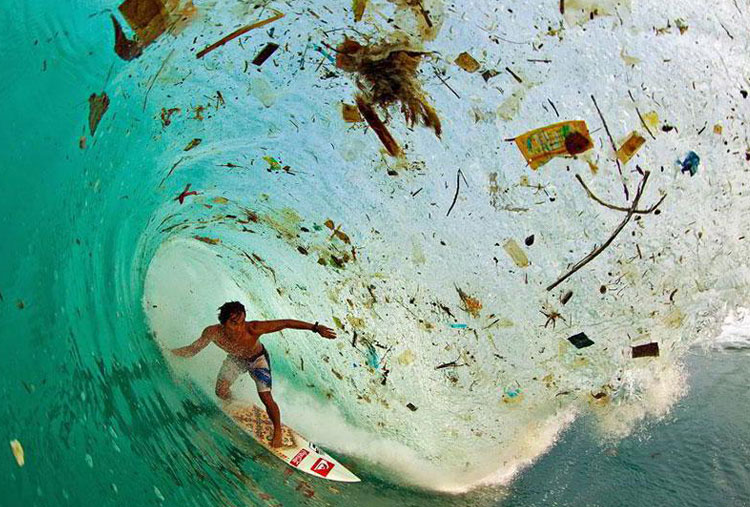 This picture shows the ocean pollution in Java, Indonesia, the most populous island in the world. Human overpopulation is contributing to the contamination of coastal waters; approximately eighty percent of marine debris is plastic. 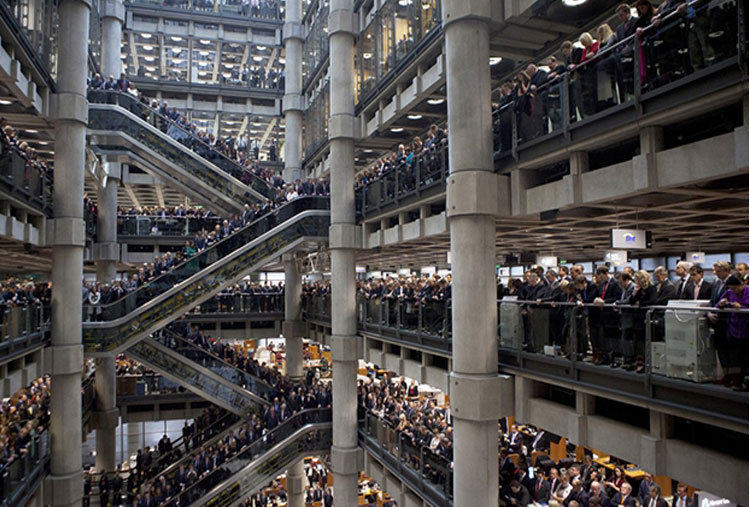 This picture was taken at a British office building; the United Kingdom is the fifth most populated country in Europe with 65,081,276 inhabitants. Can you imagine how many elevators this building needs to travel between each floor? 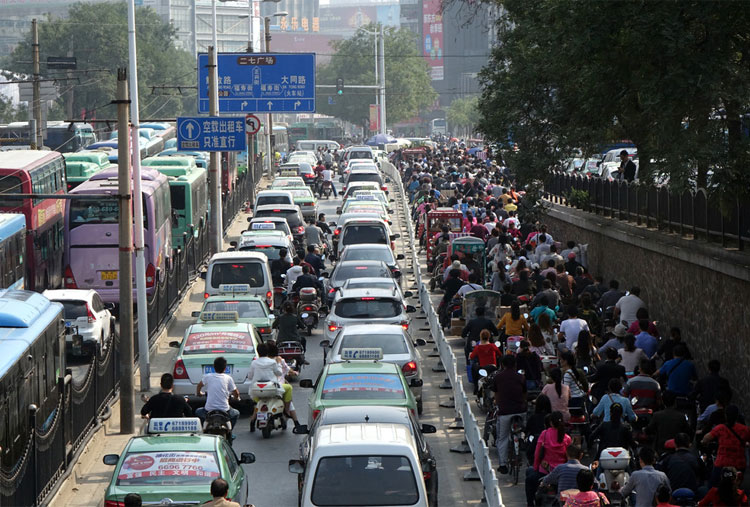 If you live in an overpopulated city, then you know that traffic can be your worst nightmare. Bangkok, Mexico City, London and New York are some of the cities with the worst traffic in the world!  We definitely don’t want to get caught in one of those traffic jams. 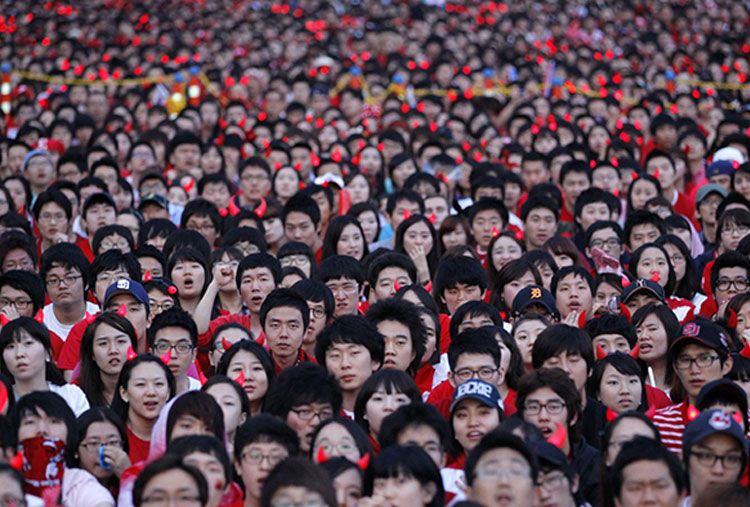 In this picture, you can see thousands of Korean soccer fans gathered to watch a TV broadcast of a World Cup soccer game in 2010. The photo was taken inside the City Hall (Seoul Plaza) in South Korea, a country with 50,495,543 inhabitants. 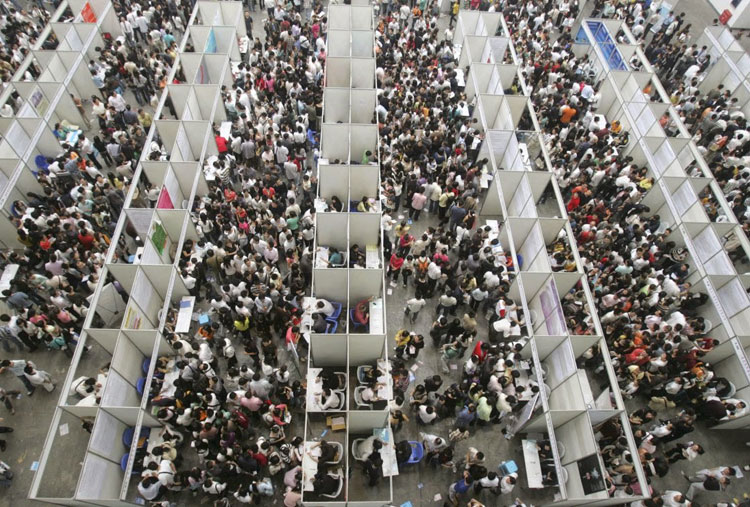 You might think that overpopulated countries have had a higher economic growth; this can be true, but the unemployment rate rises when there are fewer jobs to support a large number of people. 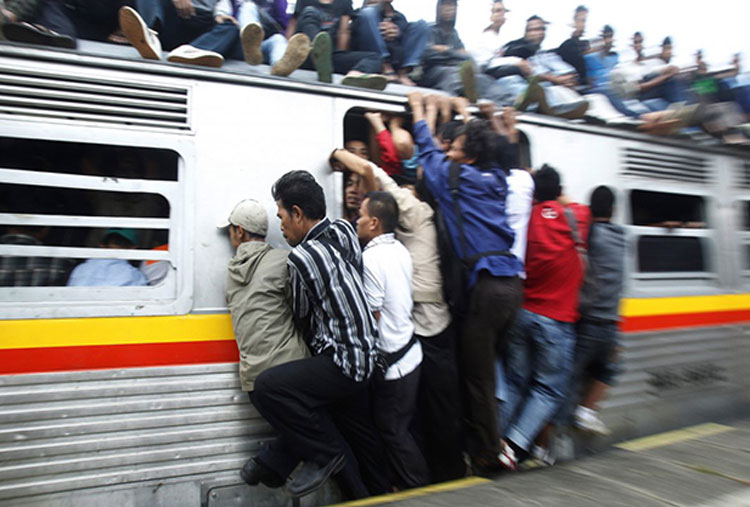 Getting on a train in Indonesia can be quite hard, just look at this picture! This country has a population of 260,460,499 inhabitants; the photograph was taken at a train station in West Java, Indonesia, where more than 500,000 people use the train every day. 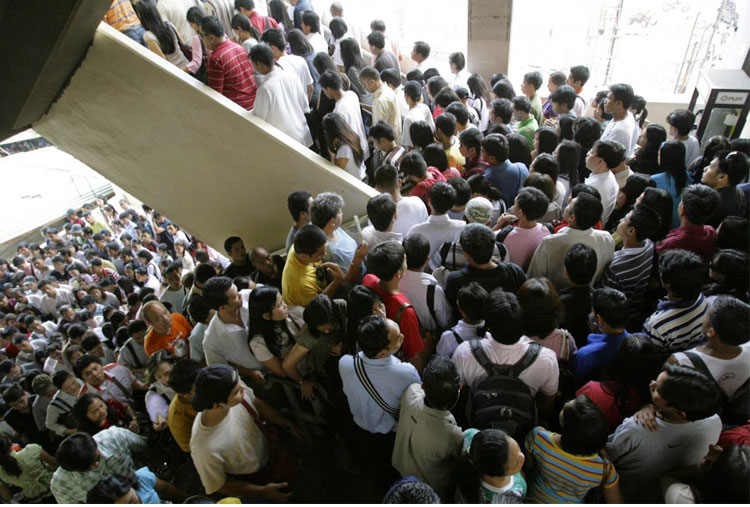 This picture was taken in the Philippines, the train stations are overcrowded because of high fuel prices. Most Filipinos choose to use public transport but that means queuing for over an hour to get on the train! 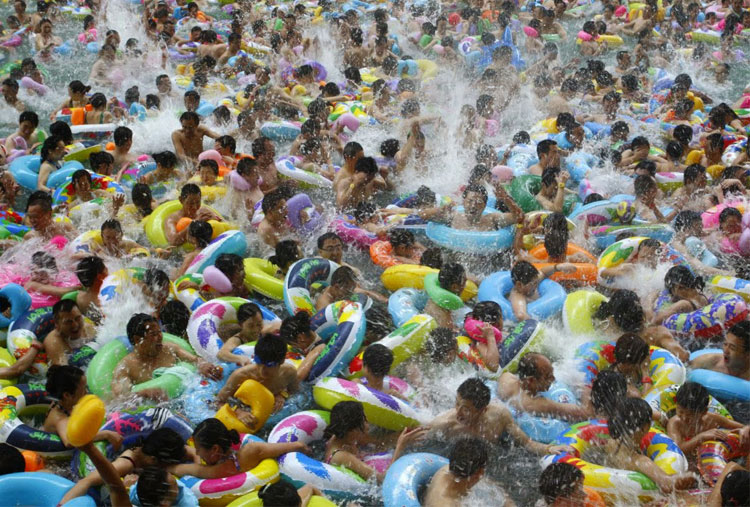 Do you still want to go to a swimming pool on your holidays? Well, this picture was taken at a public pool in Sichuan, China; where the temperatures can reach up to 40 degrees during summer. 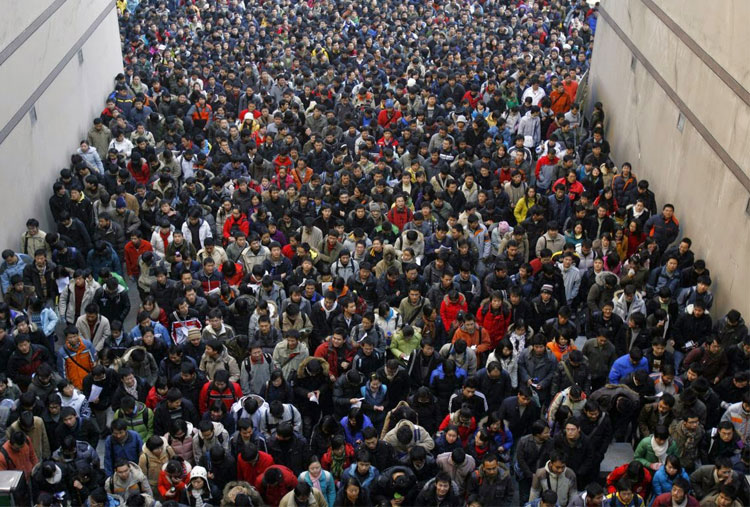 Every year in Hubei, China, more than 12.5 million Chinese students line up to take the exam for postgraduate studies. In China, there is a strong culture of academic achievement, so these students suffer some of the highest stress levels in the world. 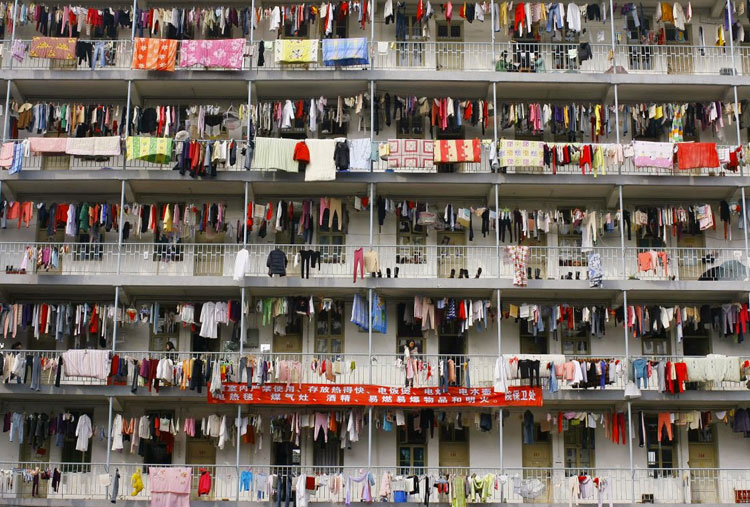 This is another picture taken at a university in Huber, China. The student residences are overcrowded because they are a more affordable option. 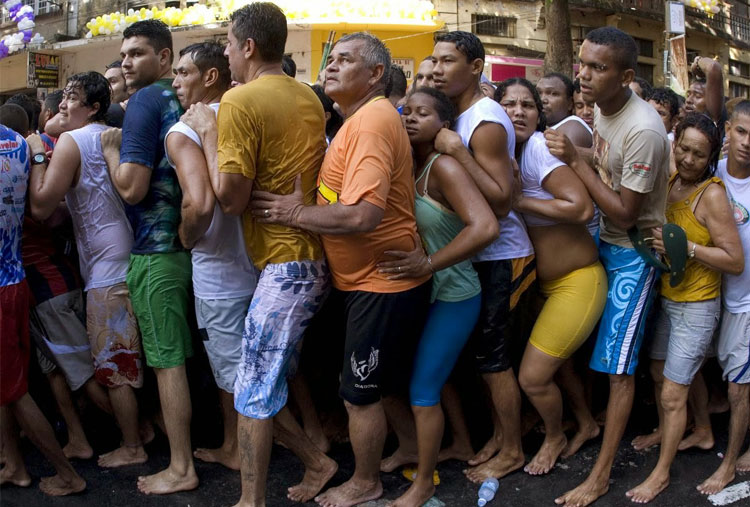 More than one million Catholics travel to Brazil to visit the Basilica of Our Lady of Nazareth in the city of Belem. As you can see in the photograph the lines to get in are endless, but their faith helps them cope with the high temperatures. 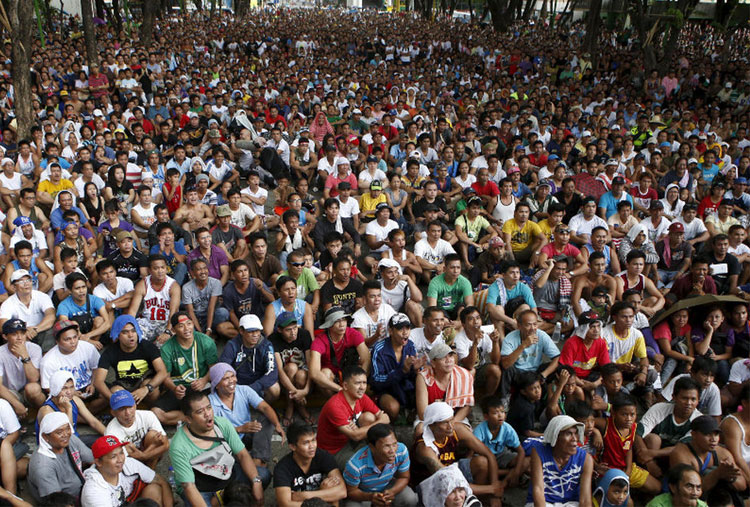 Thousands of fans of Filipino boxer Manny Pacquiao gathered to watch the big fight against Floyd Mayweather in a public park in the city of Marikina, Philippines. It's amazing how many people are willing to do anything just to see a boxing fight.

They should get a bicycle 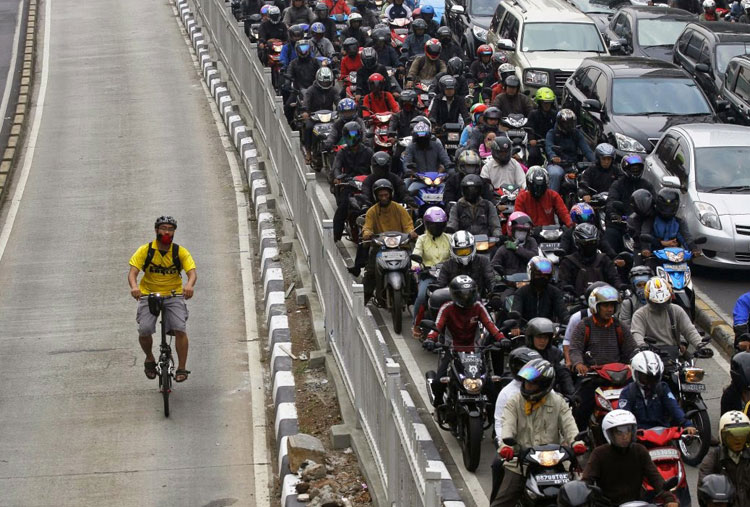 This picture shows three different lanes, and you can clearly see how the cycling lane is so empty compared to the other two lanes! Using bicycles for transportation in overcrowded cities is a great idea because you don’t get stuck in traffic and you help reduce pollution. 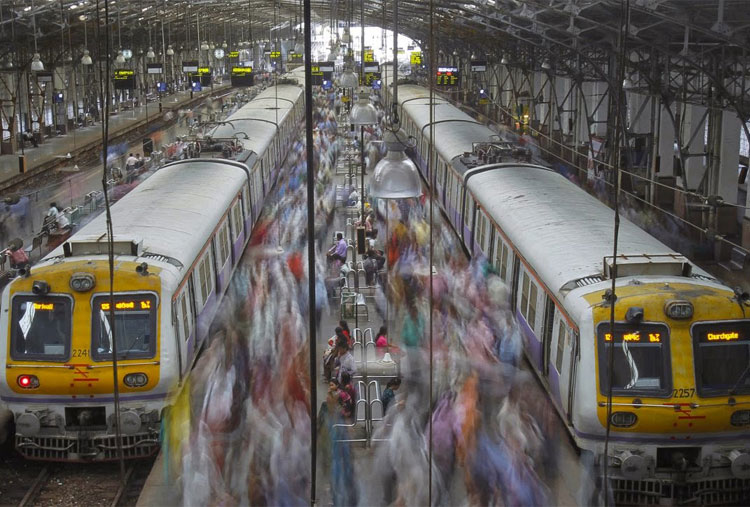 India is one of the most populated countries in the world with 1.3 billion inhabitants! According to some studies, India will be the number one most populous country by 2015. This picture was taken at a train station in Mumbai.

Let’s go to the beach 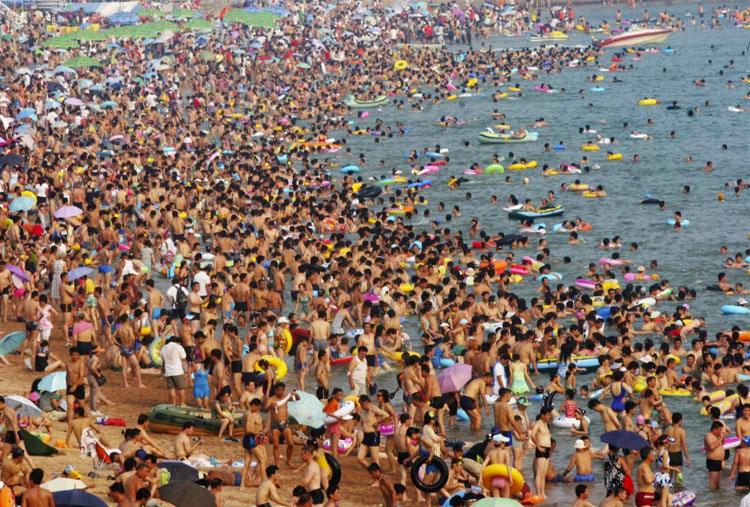 This picture was taken in Shandong, China. When temperatures rise, over 100,000 people visit the beach of Qingdao because it’s free of charge and close to the city center. Wow, now that’s an overcrowded beach! 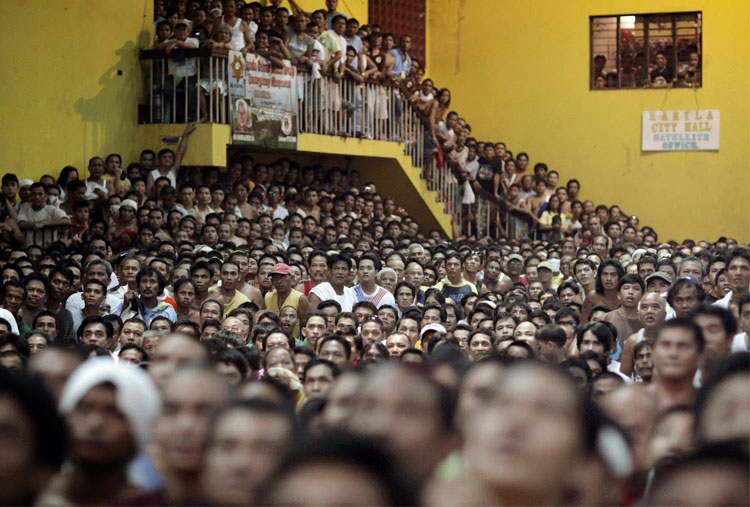 According to the United Nations, the world population is currently growing by approximately 74 million people per year. That means that by 2060 there will be 12 billion inhabitants! 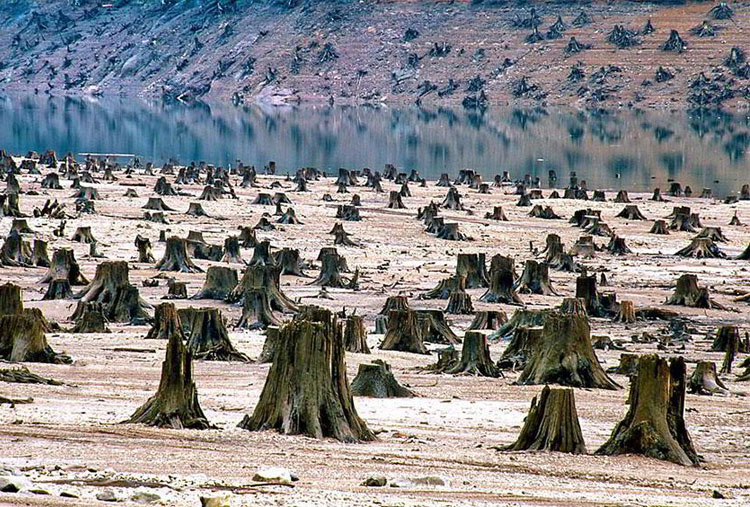 Overpopulation is the most serious environmental issue, according to planetsave.com, “As the population grows, there is more demand for certain plants: trees for paper, food, plant fibers for clothing, etc. We thought the solution was to simply re-plant whatever we consume. This has led to problems, however, in biodiversity. Because many of the plants and crops we sow are of the same age and genetic makeup, they are more susceptible to problems from disease and pests.” 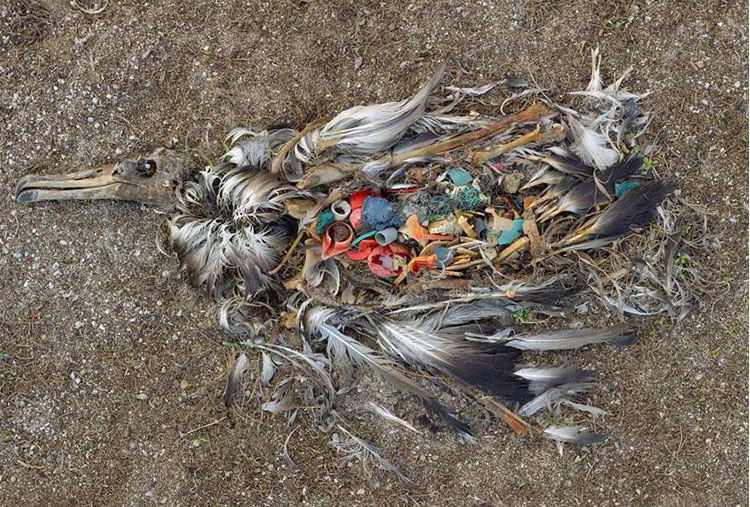 According to Negative Population Growth organization, “The unprecedented rate at which the human population has grown since the beginning of the industrial revolution has had immeasurable impacts on the ability of non-human species to survive. More people using more resources results in less and less suitable habitat for wildlife, pushing many species to the brink of extinction.” 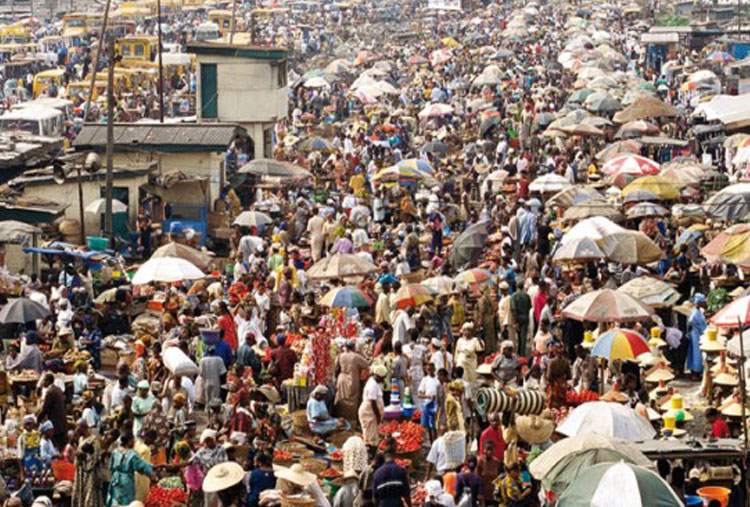 Thomas R. Malthus, a British economist, proposed a systematic theory of population. This theory states that human population will grow exponentially while food production will grow at an arithmetic rate. Malthus predicted the collapse of human population if birth rates continued growing, but he was against forbidding birth control after marriage.