Amazing photos of Paths and Trails that will enchant you

Some places around the world are just unique. Magical, beautiful, romantic and even breathtaking spaces that will make you wonder whether they are enchanted or not. Sometimes you pass through a place while you were thinking of something else and didn’t take it into account. Well, in this case you wouldn’t pass them through at all.

We are going to share with you some of the most incredible paths in the whole world! I guess you never thought of them as a beautiful thing but they remind me of fairy tales. 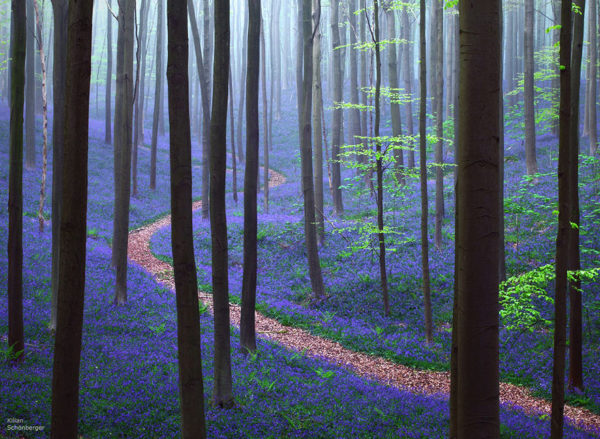 Pinterest.
Violet path. Tall trees and nice green plants all over. Could you imagine just sleeping in there with all that beautiful things all around? It looks like Twilight’s bushes, remember? 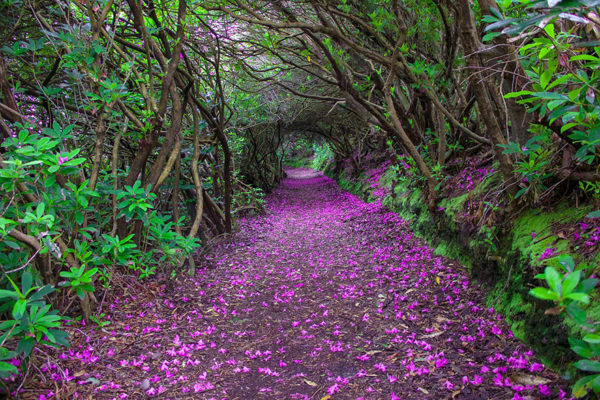 Pinterest.
It had to be Irish. It definitely looks like a long tube but without a structure. As if someone would have molded this place and then taken that mold off the way leaving something like this. Can you see it? 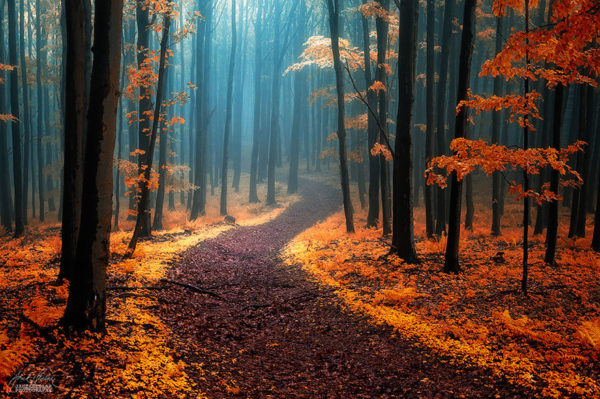 Pinterest.
That foggy sky is just killing me. Combined with the orange leaves and those thin trees it looks like some surrealistic or impressionist painting. Simply beautiful and inspiring. Who wouldn’t kill for sitting there writing or filming something like that? 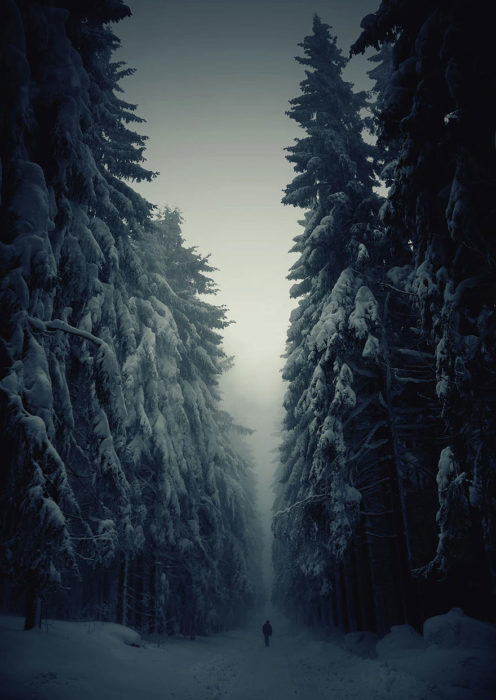 Pinterest.
Full package right here. Snow, long path, tree leaves covered in white snow. I can even feel the cold as if it had been taken from this picture. That person walking seems to be so confident of himself like knowing where to go beyond that gigantic place. This picture transmits a whole new world of emotions. So, poetic. 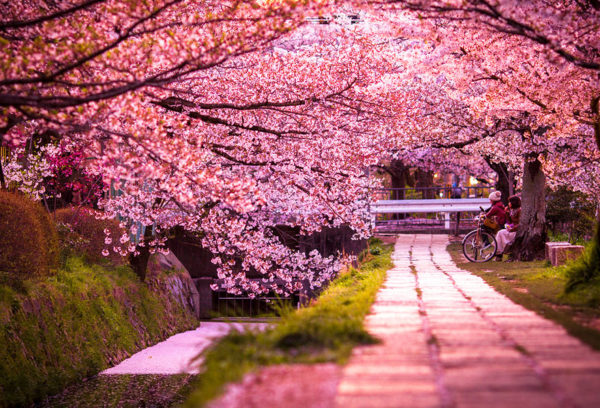 Pinterest.
We all tend to think that pink is only for fancy girls. Or well, not everyone but most of us! For those who do, check this thing out! This tree has it all, romance and different textures. It is really amazing. 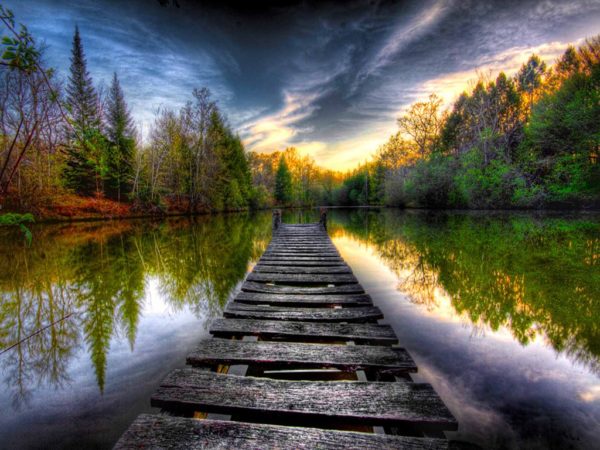 Pinterest.
This is just unbelievable, look how this amazing path scenery just reflects perfectly in the water. That sky couldn’t be better! And the black wooden path complements perfectly with everything else. 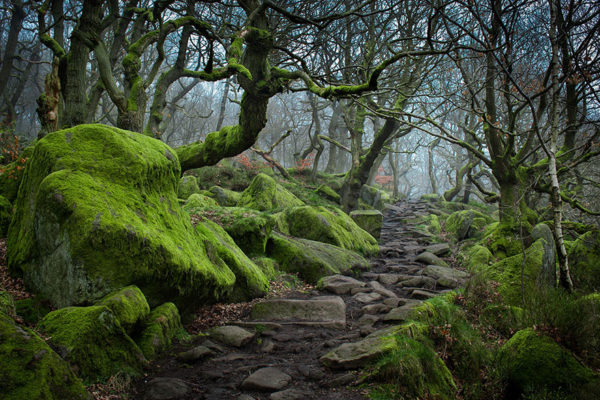 Pinterest.
I can definitely imagine Maleficent right there. This one is just enchanted! Look at those rocks and how they are disposed all together in that path and how that branches tangle up reaching the sky. Tridimensional beautiful path. 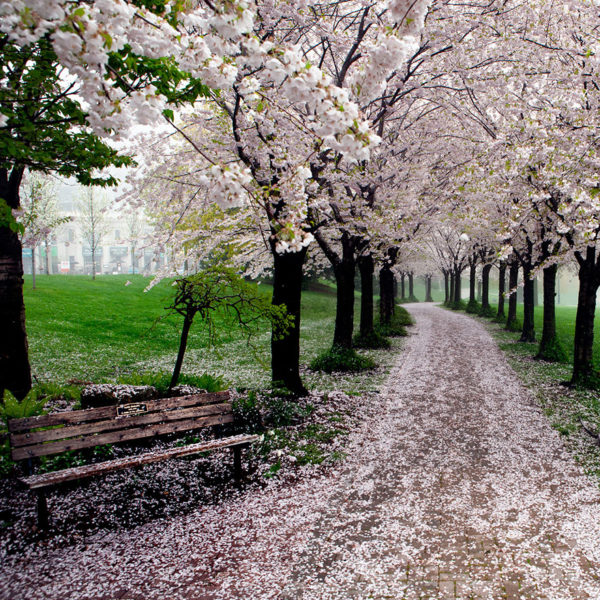 Pinterest.
From pink to white directly with no scales! Al those white flowers fallen to the floor and that green grass combined with some green leaves gives me weird feelings. Positive ones but weird. Maybe because white flowers on the floor reminds me of cut nails or something LOL 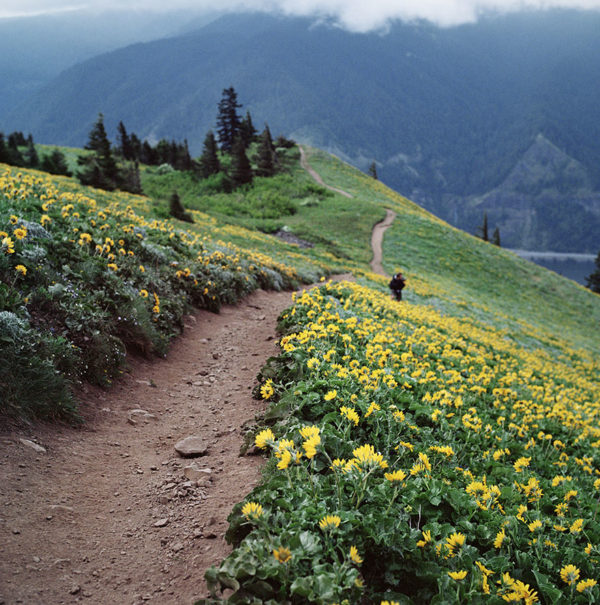 Pinterest.
This beautiful path is located in Washington and despite the fact that is not the most impressing one, it had yellow flowers which I definitely love above all things. Yellow things exude beautiful energies. 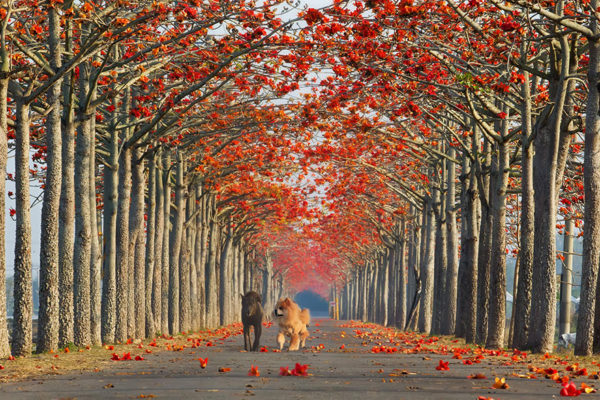 Pinterest.
Again OMG. Those two dogs just walking there as if no one else is watching them with that amazing red flowers falling from the trees is just a picture I don’t want to forget for the rest of my life it mixes tenderness with magic. 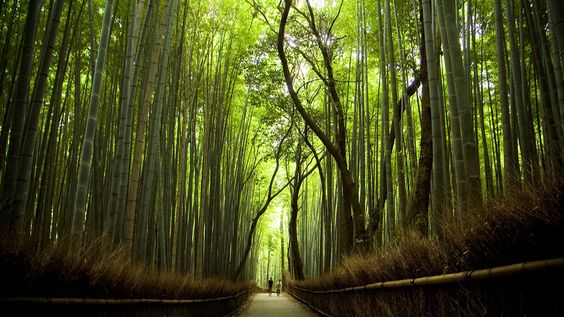 Pinterest.
Green and brown, more green though which reminds me of spring and good times! Fresh air and nice and fresh outfits. This one’s more like a big natural reserve look at its floor. It’s cleaner than my house’s! 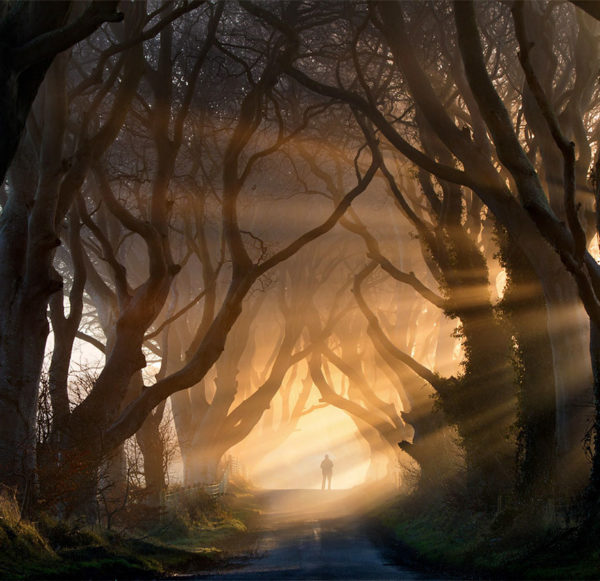 Pinterest.
This can’t be true at all! Are you kidding me! In cinematography, directors of photography spend hours and hours trying to achieve this “magic hour” look. They fill the place with different lanterns and think of something interesting to achieve with them. Something like this mostly when looking for that magic hour look.

Little trolls all around! - Japan 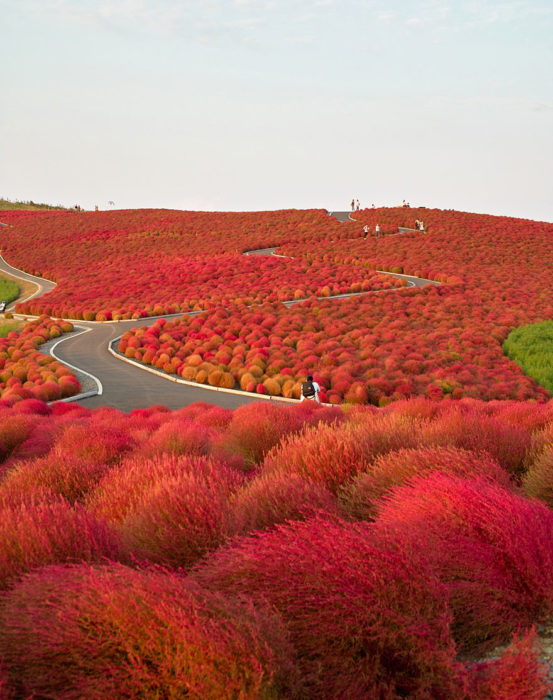 Pinterest.
This red and orange trees are definitely a bunch of troll heads. LOL. Just kidding with you guys! But really they look like something funny, apart from that all together is something beautiful for my eyes. 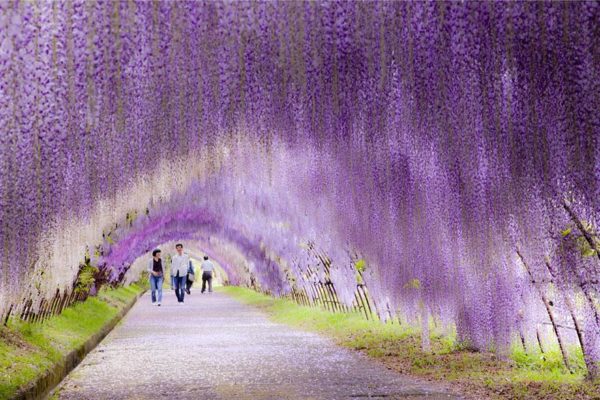 Pinterest.
It’s raining and not water. Look at this! I mean there are some parts where it looks like the violet leaves are falling to the floor and that’s why they look like as if they were moving. Beautiful different violet path! 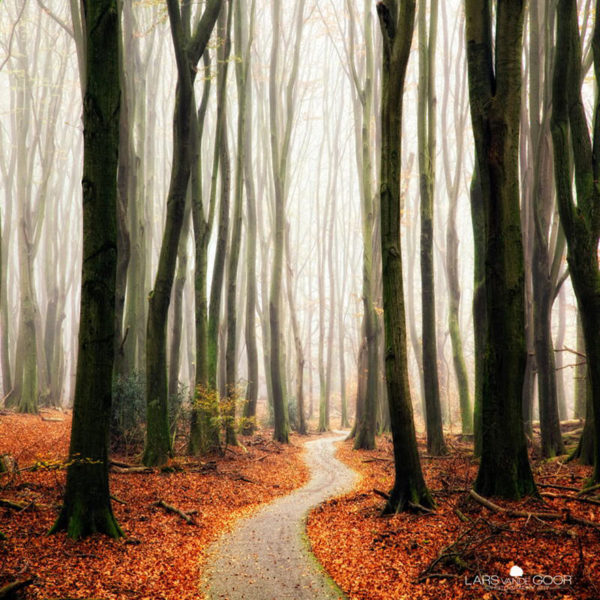 Pinterest.
This path reminds me a lot of “Little princess” movie. I even remember (as it was my favorite movie when I was young) the movie’s backyard that looked truly enchanted and it even had a hammock tide to two trees. 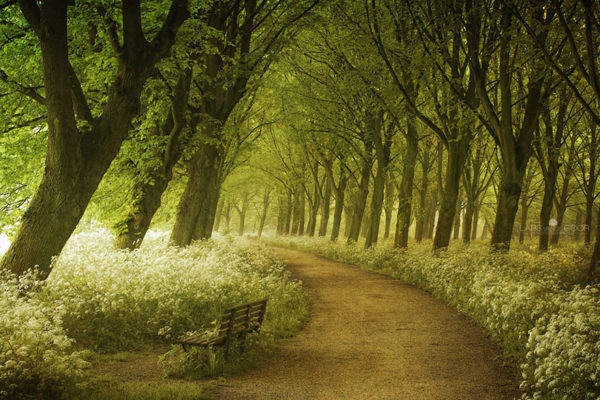 Pinterest.
I’ve been told that fairy tales were not real but look at this. This is a real life fairy tale, those white little flowers and the green grass is just something that came out of a dream and a very nice one. 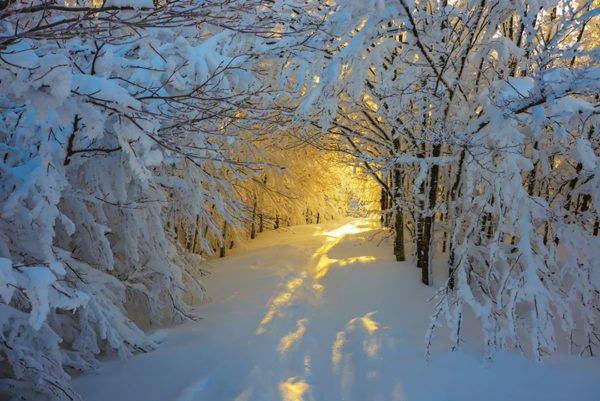 Pinterest.
That orange light contrasting the white snow covering all the place is just stunning. All that reflections died with the sun are inspiring to my eyes as well as everybody’s. Can you imagine yourself skiing in this path? That would be truly amazing. 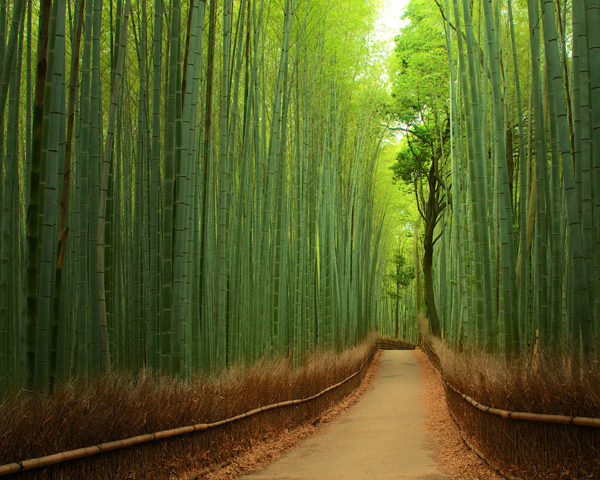 Pinterest.
Japan’s just amazing. Everything is tidy and respectful so as this path. Look how each bamboo is  perfectly placed next to the other one, finishing all in the same row and growing the same exact high. WOW astonishing, right? 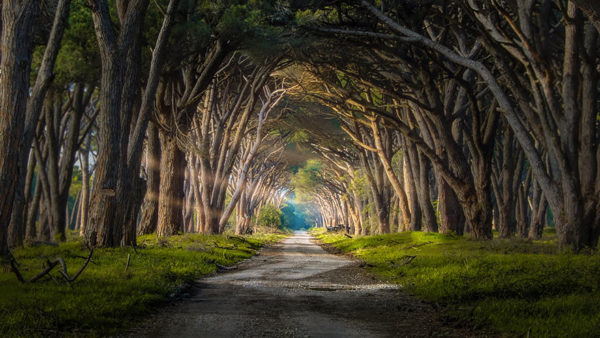 Pinterest.
This one just looks like finding light in the end of the tunnel. Look how this picture is composed. I mean, it has all the brunches together on top and everything is green and brown except for the blue circle that emerges from the back. 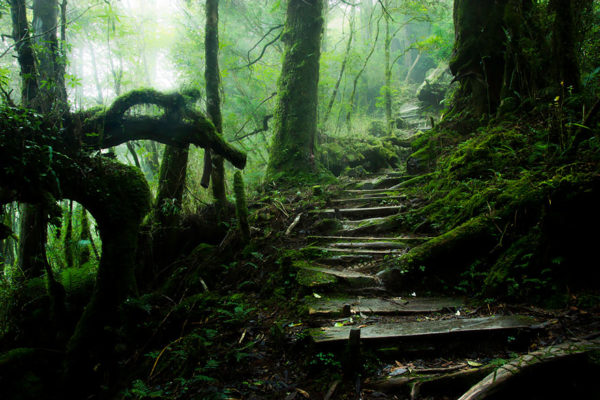 Pinterest.
Enchanted in every perspective you could look at it! Look at that fog and the wooden stairs. Everything’s greenly combined. I would love to visit this path and just smell those plants and green pure air!
Compartir este artículo
Mundo.com