Freckled People Who’ll Hypnotize You With Their Unique Beauty

Freckles are often found on people with fair complexions, such as people with red hair. Why? Because people with paler skin generally have less melanin, which is the pigment that gives skin, hair, and eyes their color. Where do they come from? Well, although freckles are inherited, it’s actually the sun that brings them out.

There’s no doubt that freckles are beautiful! And in this post, you’ll see incredible pictures of freckled people. 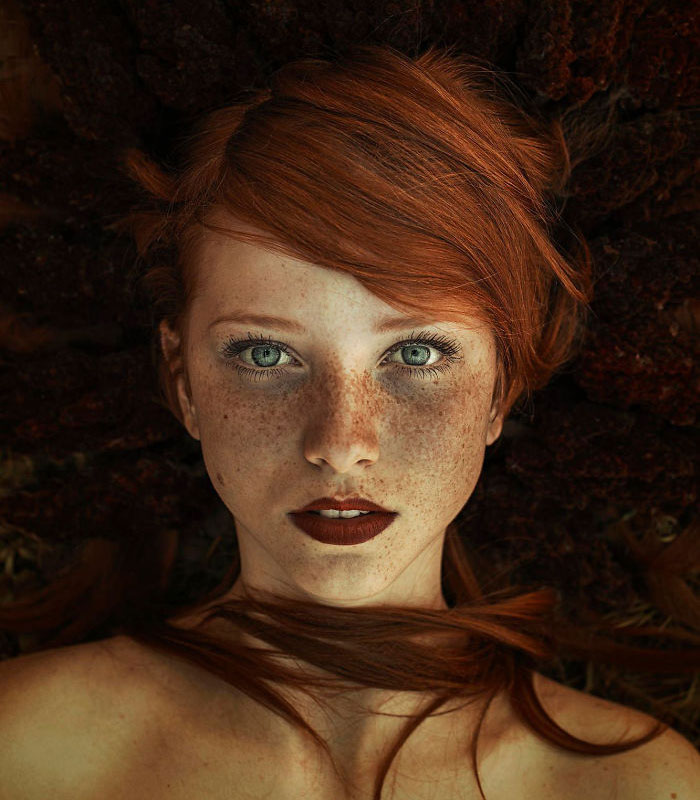 Source: Maja Topcagic
Freckles, sometimes called ephelides (singular ephelis), are clusters of concentrated melaninized cells which are most easily visible on people with a fair complexion. 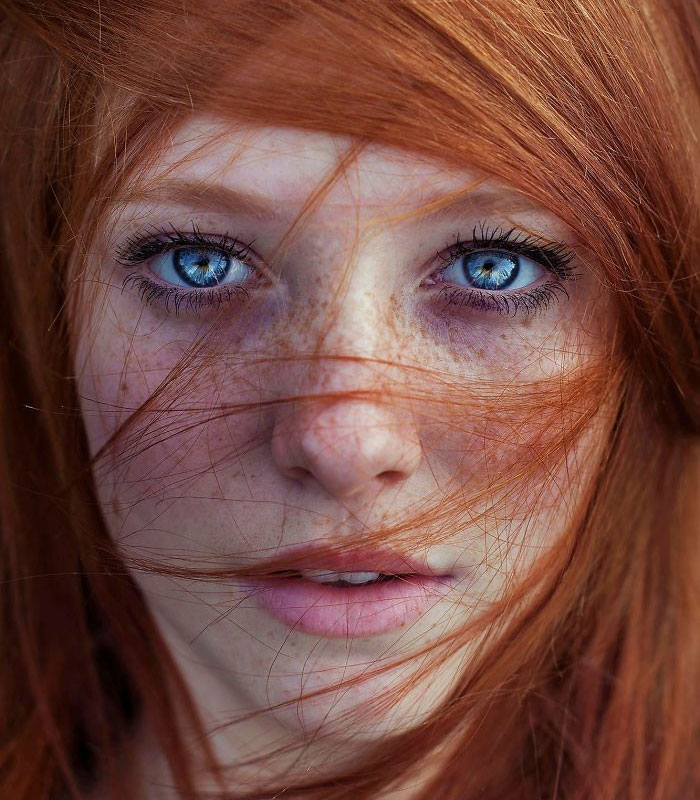 Source: Maja Topcagic
Freckles do not have an increased number of the melanin-producing cells melanocytes, but instead, have melanocytes that overproduce melanin granules (melanosomes) changing the coloration of the outer skin cells (keratinocytes). 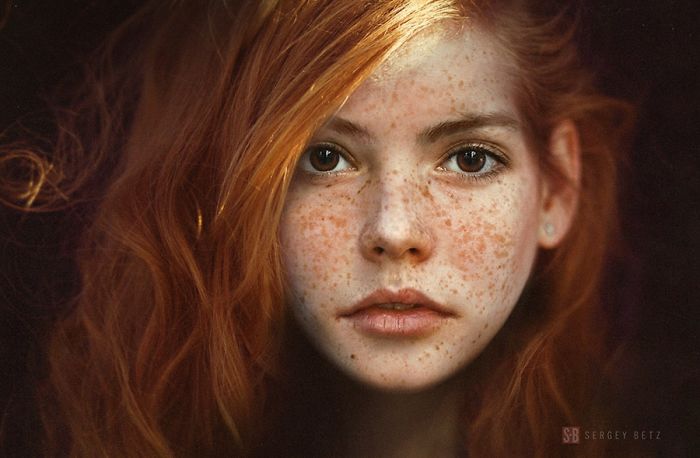 Source: Sergey Betz
The formation of freckles is triggered by exposure to sunlight. The exposure to UV-B radiation activates melanocytes to increase melanin production, which can cause freckles to become darker and more visible. 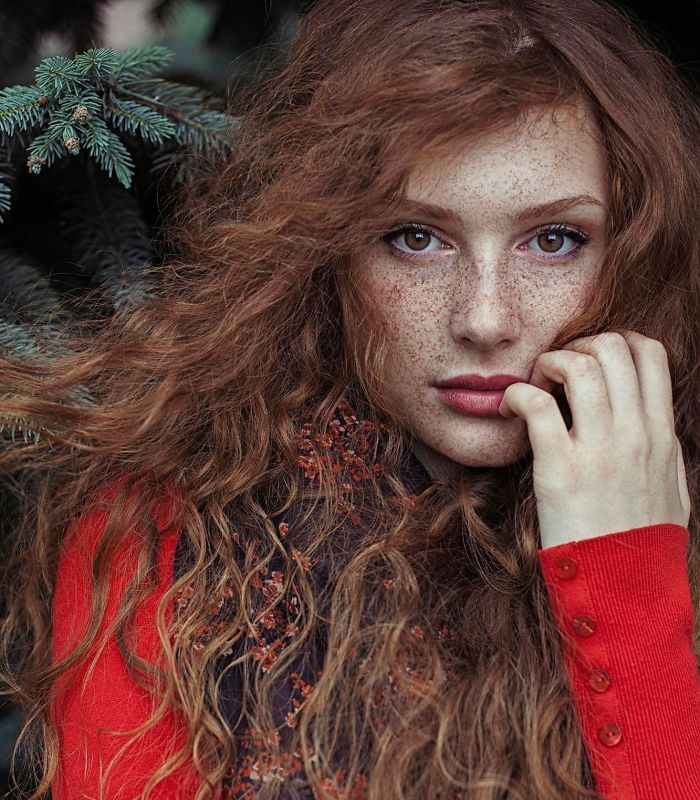 Source: Maja Topcagi
Freckles are predominantly found on the face, although they may appear on any skin exposed to the sun, such as arms or shoulders. 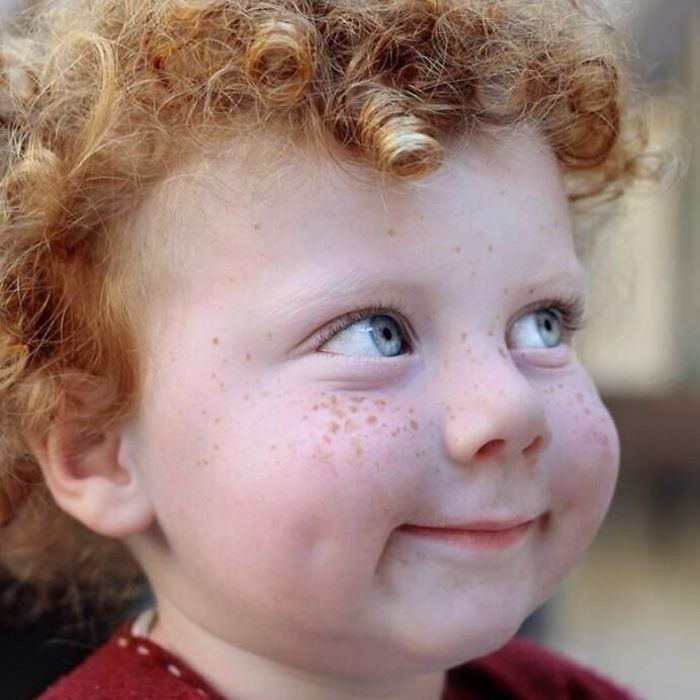 Source: boredpanda.com
Heavily distributed concentrations of melanin may cause freckles to multiply and cover an entire area of skin, such as the face. 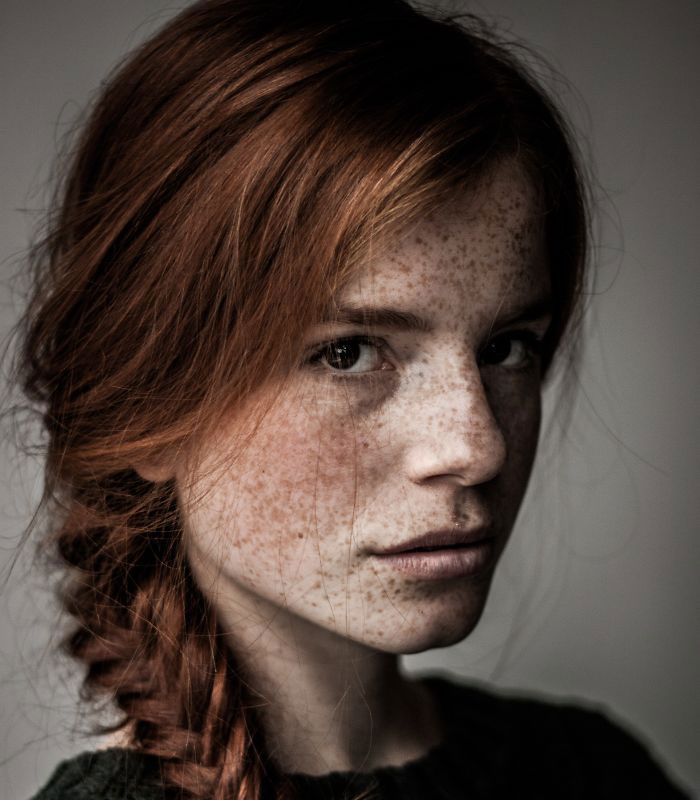 Source: Agata Serge
Freckles are rare on infants, and more commonly found on children before puberty. Upon exposure to the sun, freckles will reappear if they have been altered with creams or lasers and not protected from the sun, but do fade with age in some cases. 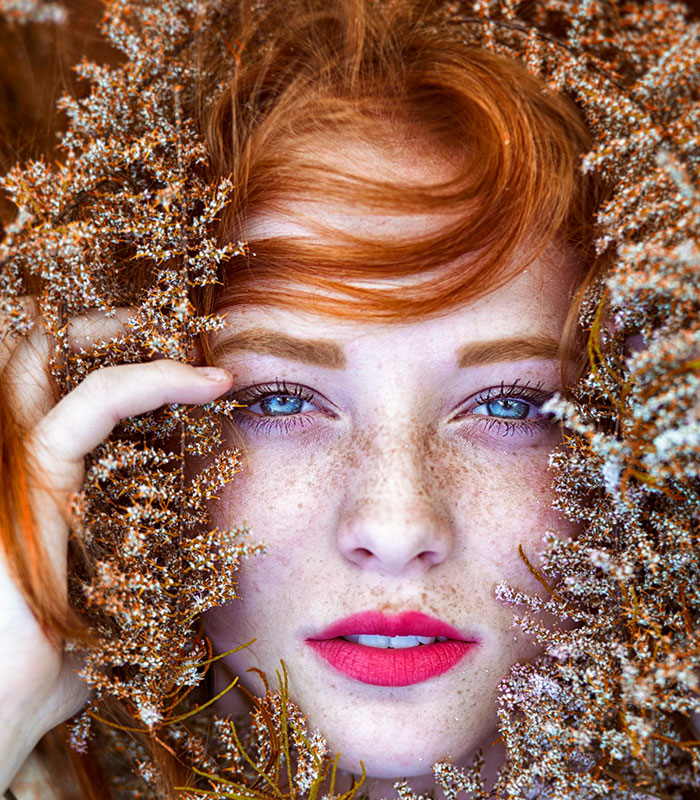 Source: Maja Topčagić
Freckles are not a skin disorder, but people with freckles generally have a lower concentration of photoprotective melanin and are therefore more susceptible to the harmful effects of UV radiation. 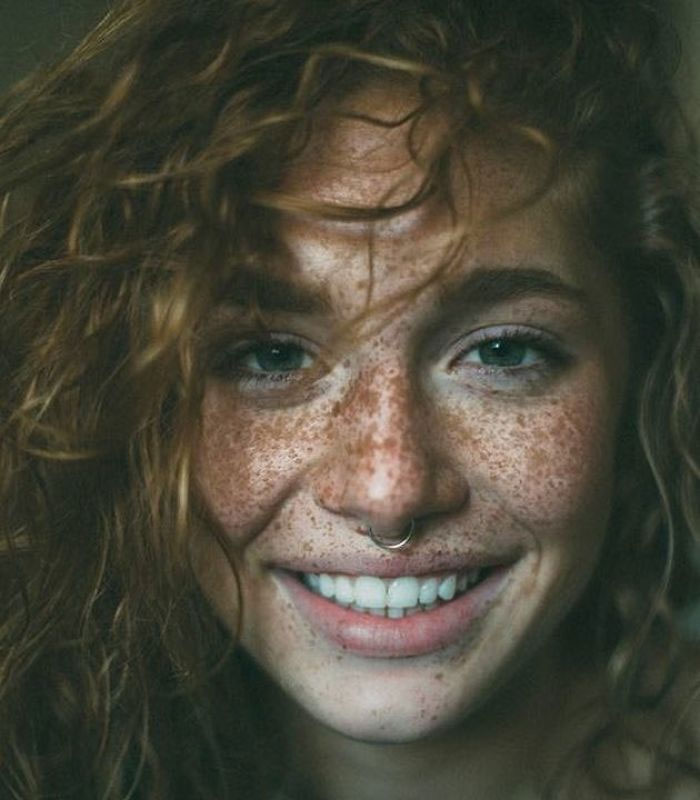 Source: thehomesteadista
It is suggested that people whose skin tends to freckle should avoid overexposure to sun and use sunscreen. 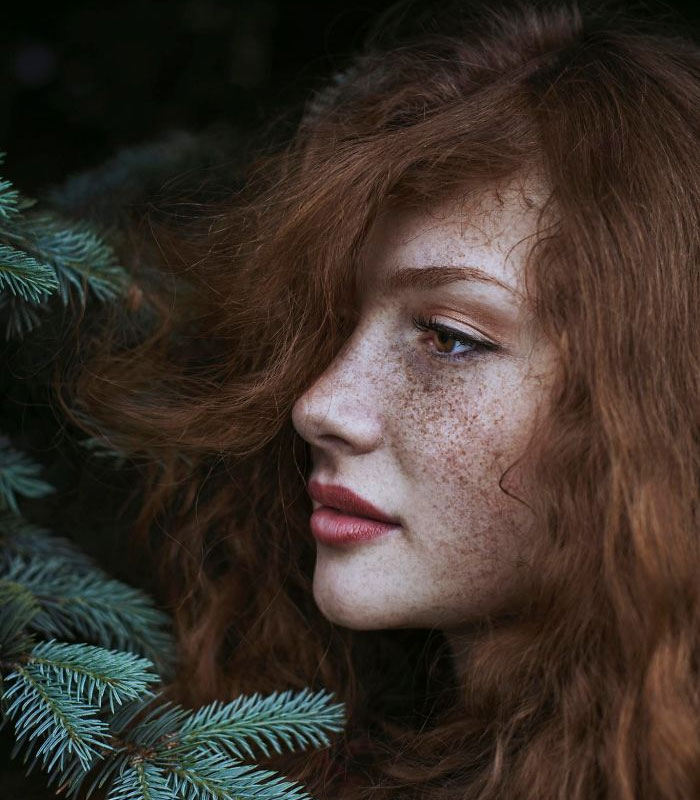 Source: Maja Topcagic
The presence of freckles is related to rare alleles of the MC1R gene, though it does not differentiate whether an individual will have freckles if they have one or even two copies of this gene. 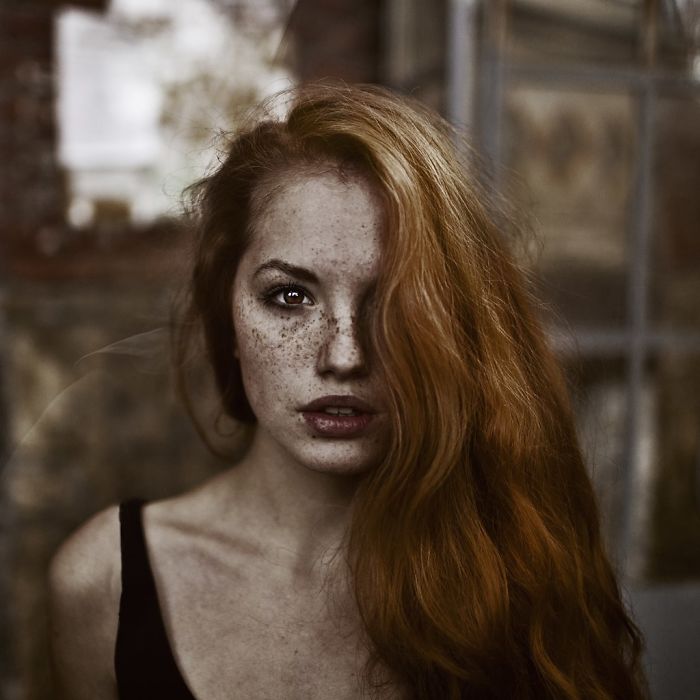 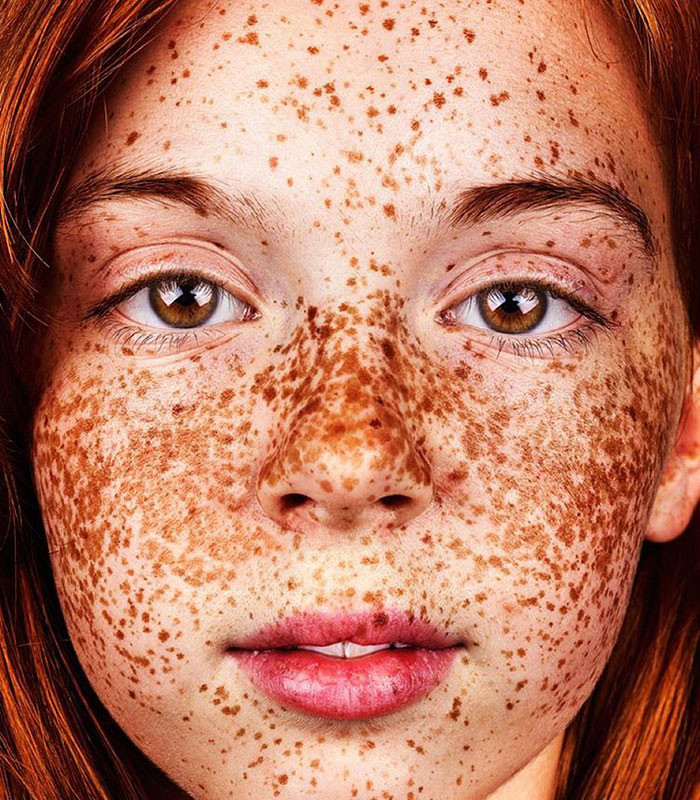 Source: Brock Elbank
The MC1R gene is also associated with red hair more strongly than with freckles. Most red-haired individuals have two variants of the MC1R gene and almost all have one. 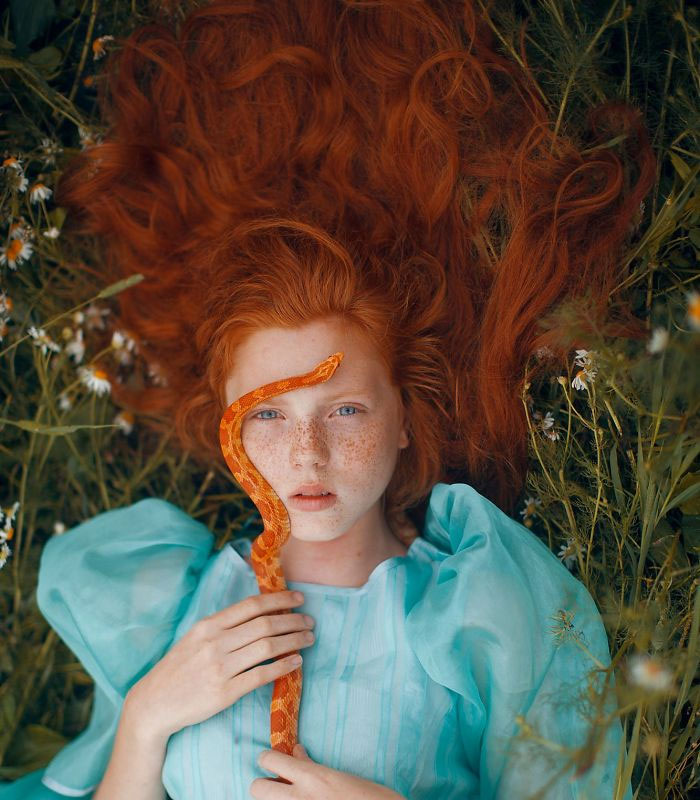 Source: Katerina Plotnikova
The variants that cause red hair are the same that cause freckling. Freckling can also be found in areas, such as Japan, where red hair is not seen.

Look at those eyes 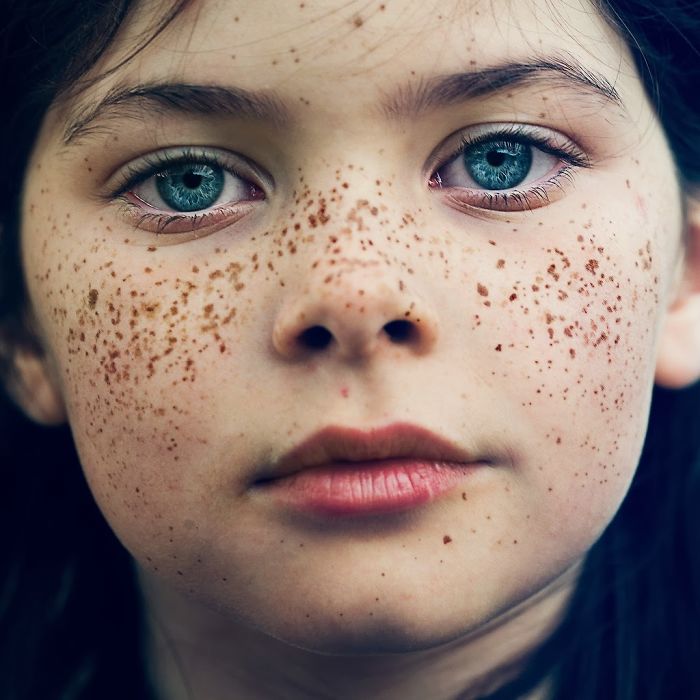 Source: Benoit Paille
The variants of the MC1R gene that are linked with freckles started to emerge in the human genotype when humans started to leave Africa. 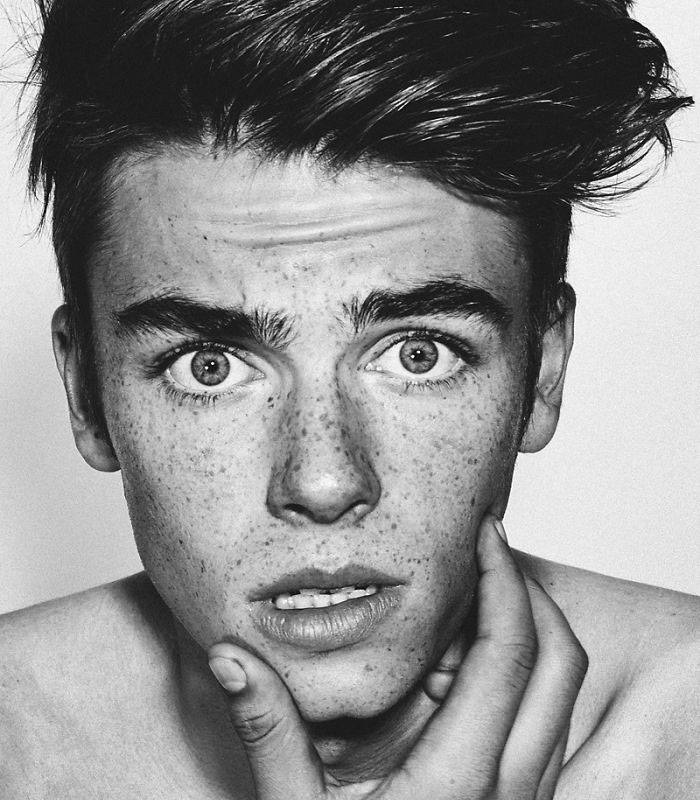 Source: boredpanda.com
The variant Val92Met arose somewhere between 250,000 - 100,000 years ago, long enough for this gene to be carried by humans into central Asia. 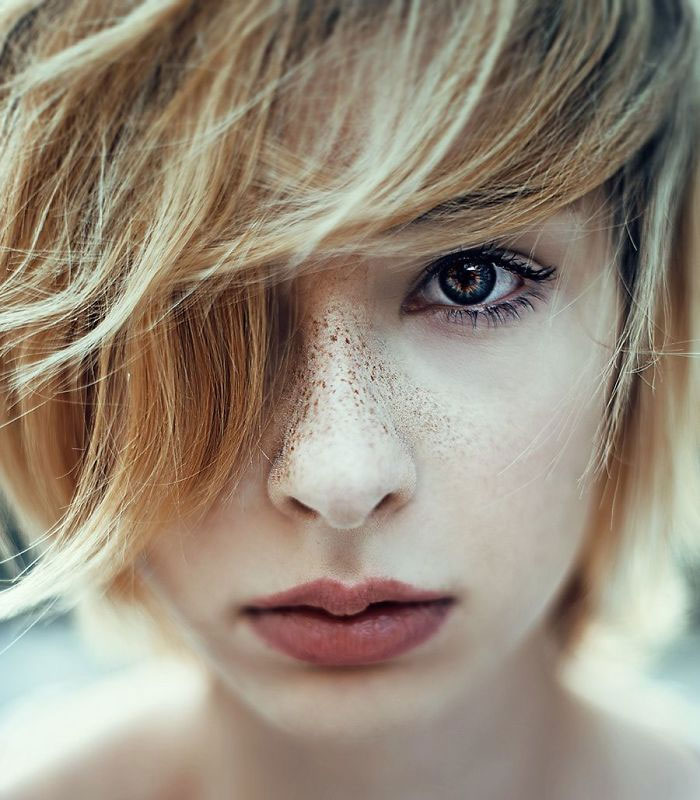 Source: Sollena
The wide variation of the MC1R gene exists in people of European descent because of the lack of strong environmental pressures on the gene.

Flowers in your hair… 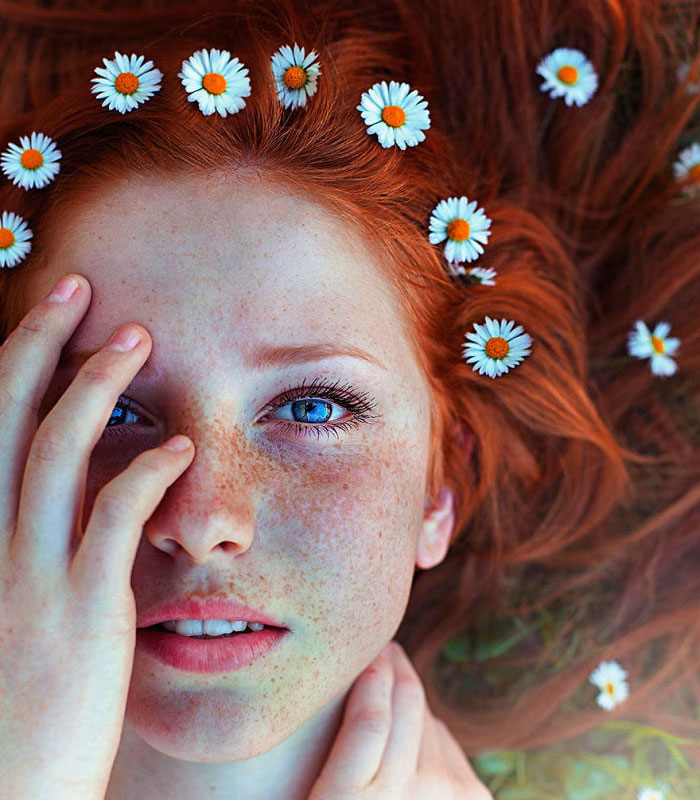 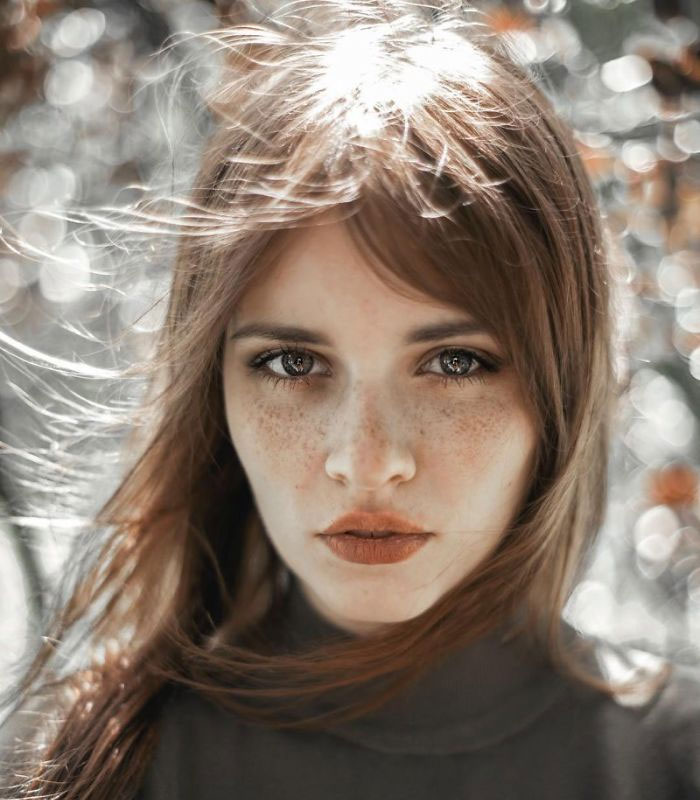 Source: Agata Serge
The adaptation of lighter skin is needed so that individuals in higher latitudes can still absorb enough UV for the production of vitamin D.

The beauty of freckles 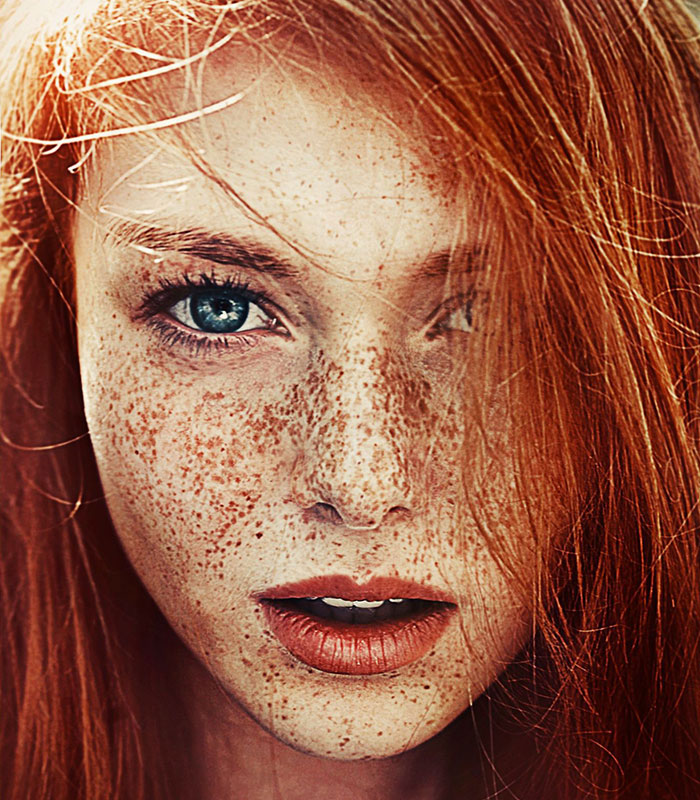 Source: Lena Dunaeva
Freckled individuals tend to tan less and have very light skin which would have helped the individuals that expressed these genes absorb vitamin D.

Our differences make us beautiful 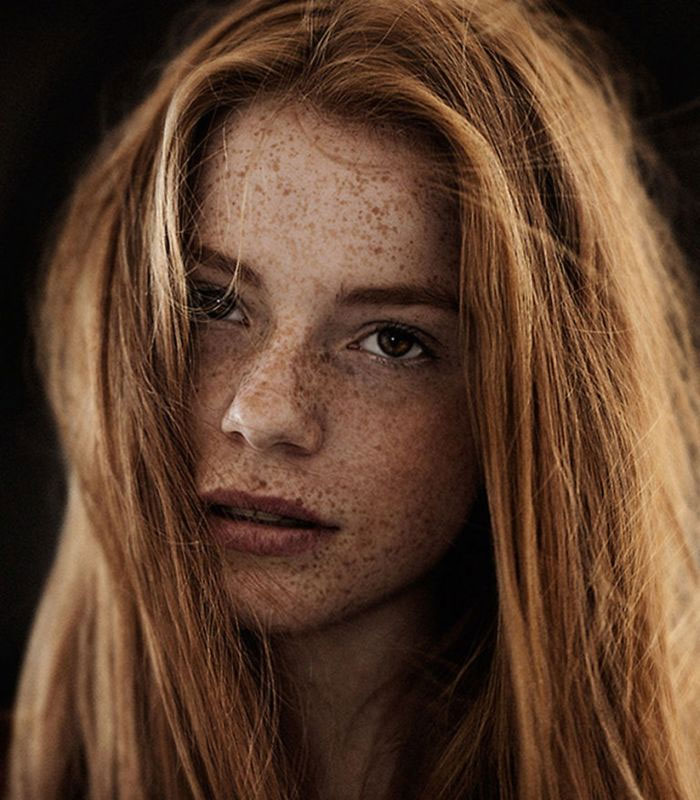 Source: Carsten Witte
Ephelides describes a freckle which is flat and light brown or red and fades with reduction of sun exposure. 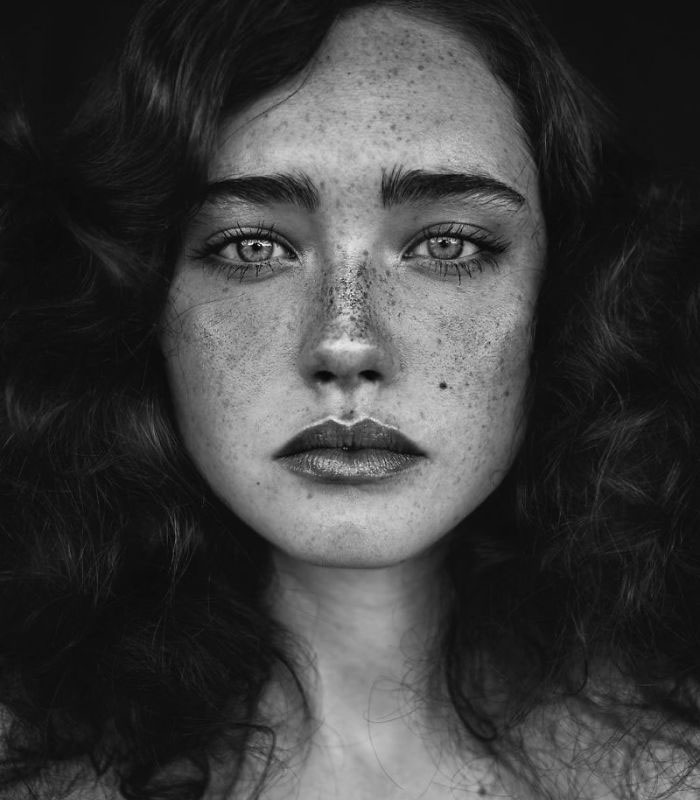 Source: Agata Serge
Ephelides are more common in those with light complexions, although they are found on people with a variety of skin tones. The regular use of sunblock can inhibit their development.
Compartir este artículo
Mundo.com