These places are really famous and we see them all the time in photos and videos thanks to people that is always travelling around the world. Everybody thinks they know these tourist attractions but that’s not the truth, unless you’ve been there for at least once in your life.

If you ever get the chance to go to any of these places, this is how they will actually look. Yes, there is going to be a lot of people, it’s going to smell weird and the size will be bigger or smaller than what you imagine.

Take a look at these incredible places you need to visit at least once in your life. 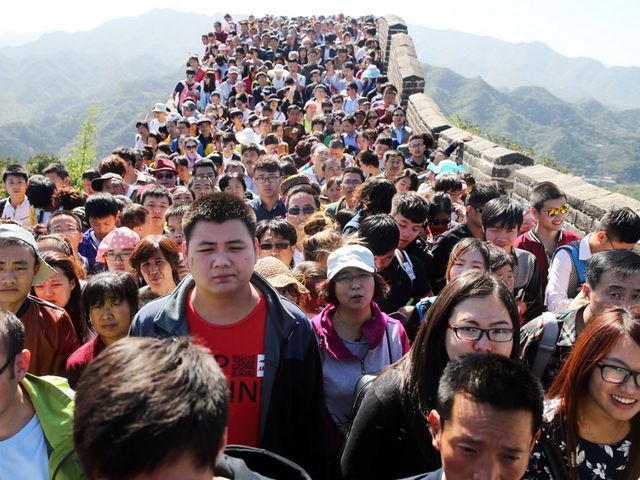 Pinterest
The Great Wall of China is one of the most famous sights in China and in the world, and because of this millions of people come here each day. This is how it’s going to be and look like if you visit it. Sure it’s worth seeing this world's attraction with your own eyes because besides the people it’s really impressive.

The Great Wall of China 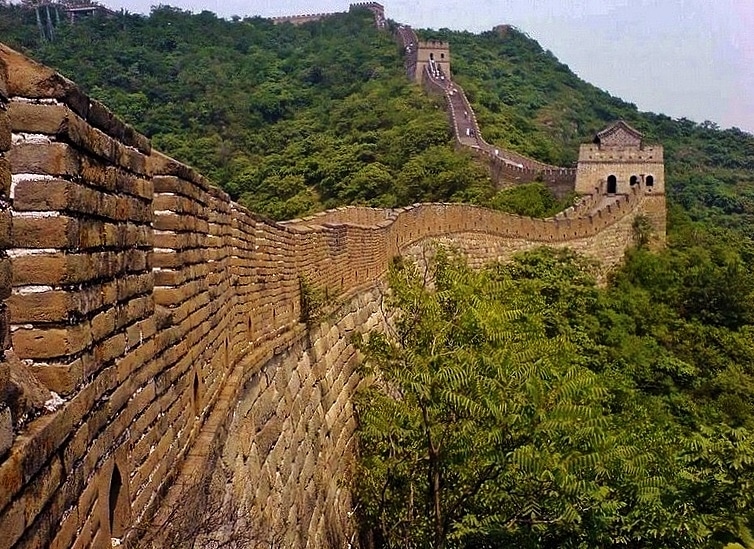 Pinterest
Just like a gigantic dragon, it winds up and down across deserts, grasslands, mountains and plateaus, stretching approximately 13,170 miles from east to west of China. With a history of more than 2,000 years, some of the Great Wall sections are now in ruins or have disappeared. 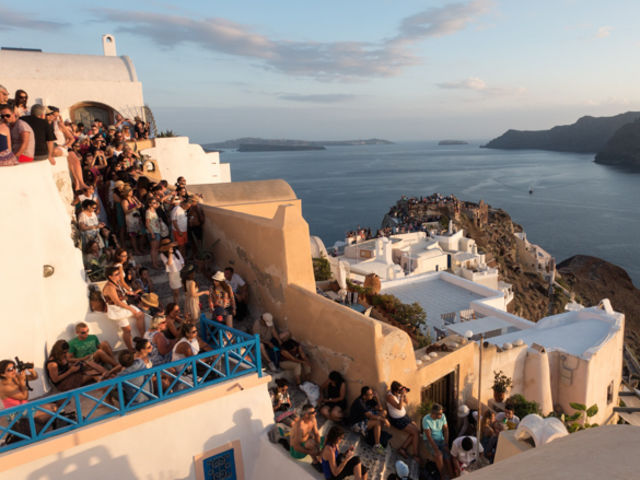 Pinterest
The place is really beautiful reason why many people think that this is the perfect summer destination. We all have seen it on photos and movies, and it's just flawless. If you are planning on visiting this place just know that there is going to be a lot of people enjoying their vacations too. 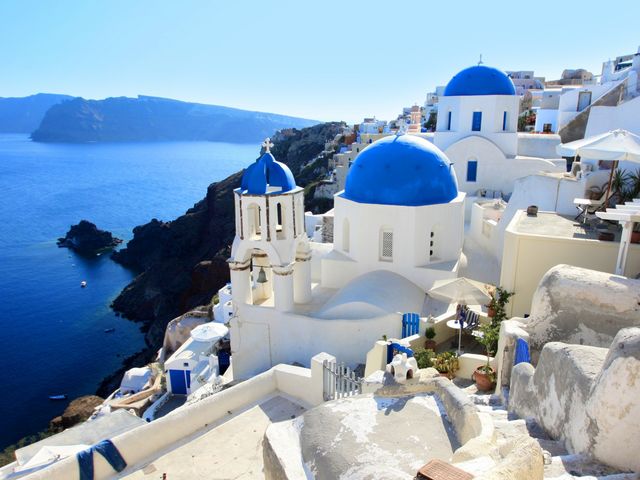 Pinterest
Santorini is one of the Cyclades islands in the Aegean Sea. It was devastated by a volcanic eruption in the 16th century BC, forever shaping its rugged landscape. The whitewashed, cubiform houses of its 2 principal towns, Fira and Oia, cling to cliffs above an underwater caldera (crater). They overlook the sea, small islands to the west and beaches made up of black, red and white lava pebbles.

What it's like to be in the Leaning Tower of Pisa? 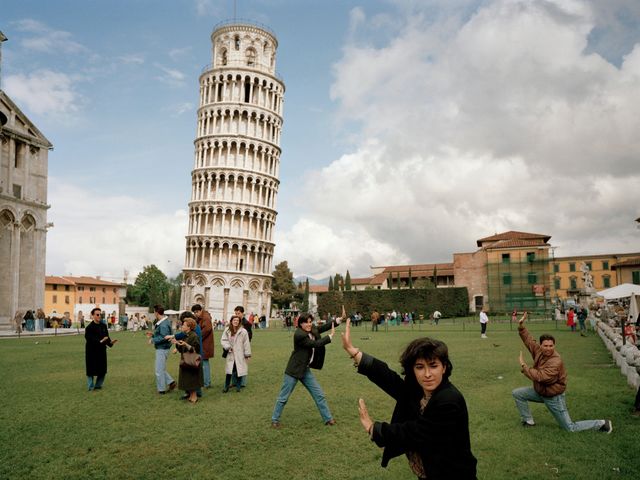 Pinterest
Let’s be honest, EVERYBODY wants a photo holding the famous leaning  Tower of Pisa or next to it, and that is why there is always going to be people posing all around it, so wake up extra early to be the first one because it's really worth to visit this beautiful place. 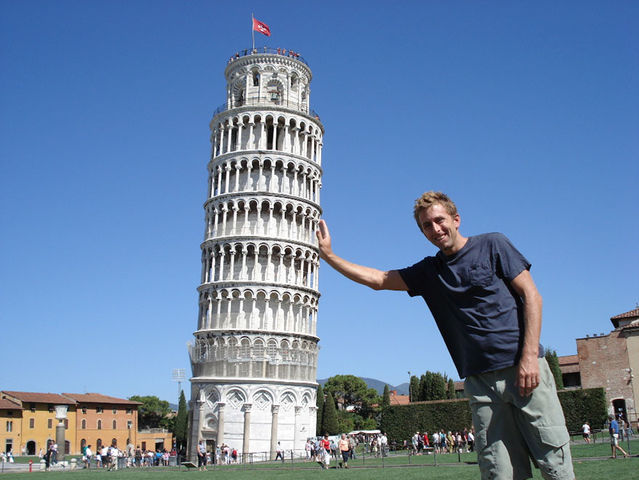 Pinterest
One mistake made in the 11th century resulted in a 14,500 ton leaning tower. This miscalculation would later become a symbol of civic pride, but tell that to the man who designed it. The construction of the Tower of Pisa began on August 9, 1173. Originally designed to be a bell tower, the tower actually stood upright for over 5 years, but just after the completion of the third floor (1178) it began to lean. The citizens of Italy were shocked as it began to lean ever so slightly. 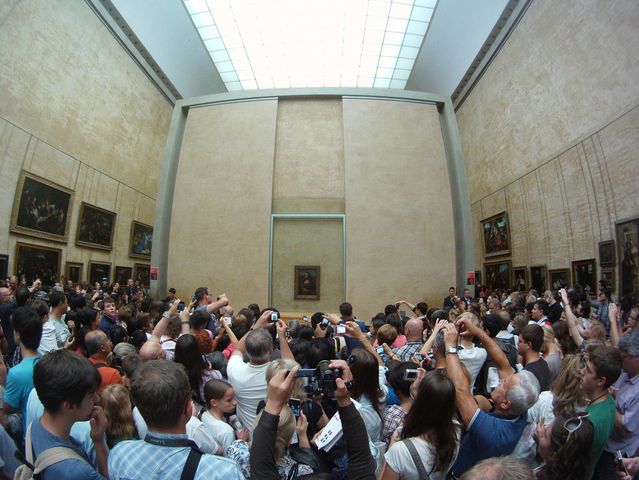 Pinterest
Unless you have enough money to pay a private tour in this museum, this is what your visit is going to be and look like. It opened at the end of the 18th century, and since then it became the most important museum in France and in the world. 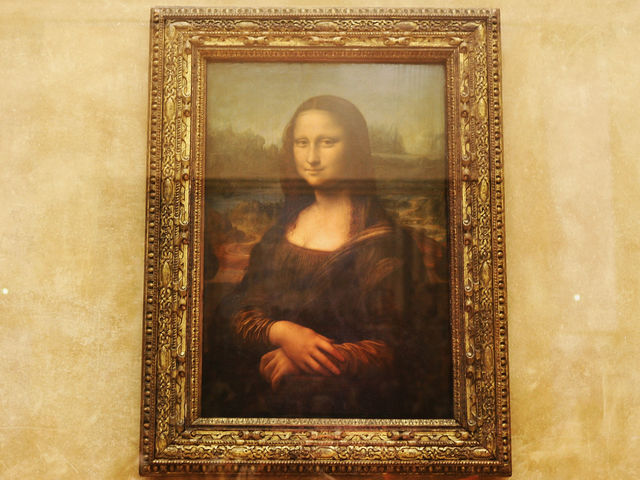 Pinterest
Louvre Museum is the world's largest museum and a historic monument in Paris, France. A central landmark of the city, it is located on the Right Bank of the Seine in the city's 1st arrondissement (district or ward). Approximately 38,000 objects from prehistory to the 21st century are exhibited over an area of 72,735 square metres. The Louvre is the world's second most visited museum, receiving 7.4 million visitors in 2016.

What is't like to be at the Eiffel Tower? 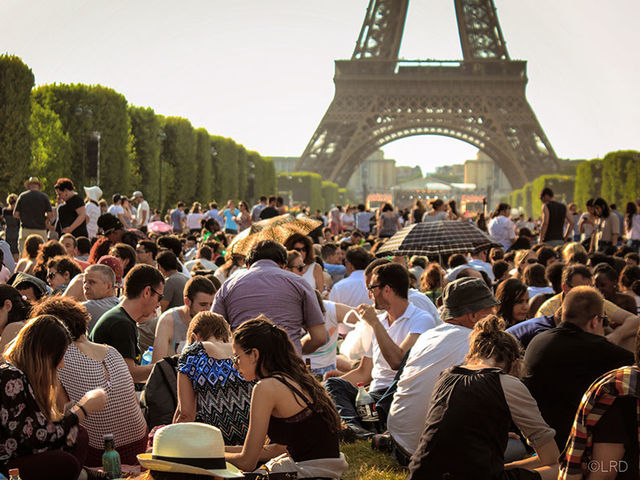 Pinterest
Day by day millions of people come here to enjoy a delicious picnic and the incredible view of the Eiffel Tower. So if you thought that it was going to be empty then you are totally wrong, you have to remember that it's one of the most visited places in the world and just like you, people wants to see it. 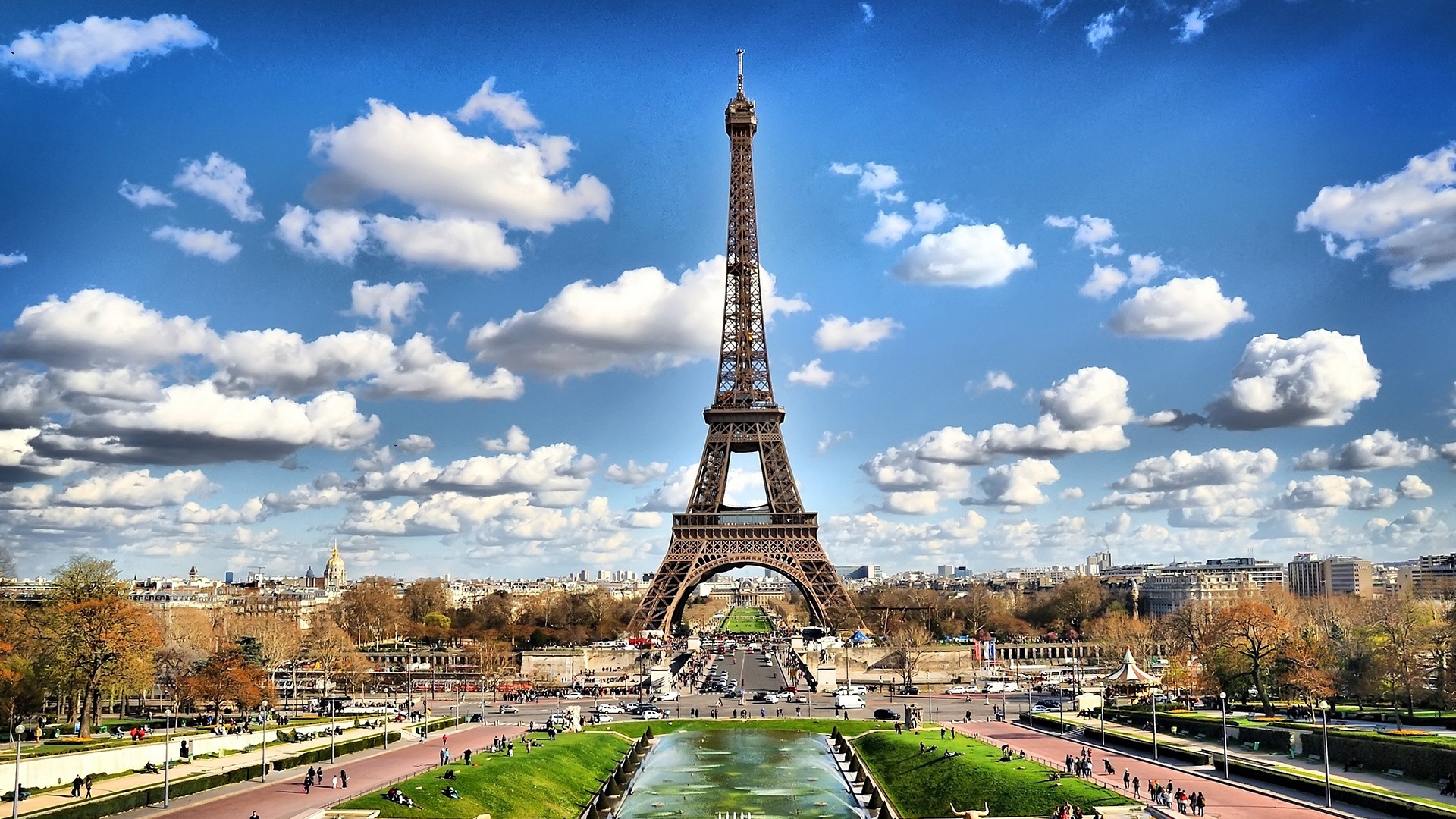 Pinterest
The Eiffel Tower is a wrought iron lattice tower on the Champ de Mars in Paris, France. It is named after the engineer Gustave Eiffel, whose company designed and built the tower. Constructed from 1887–89 as the entrance to the 1889 World's Fair, it was initially criticized by some of France's leading artists and intellectuals for its design, but it has become a global cultural icon of France and one of the most recognisable structures in the world. The Eiffel Tower is the most-visited paid monument in the world; 6.91 million people ascended it in 2015.

As romantic as it is in the movies? 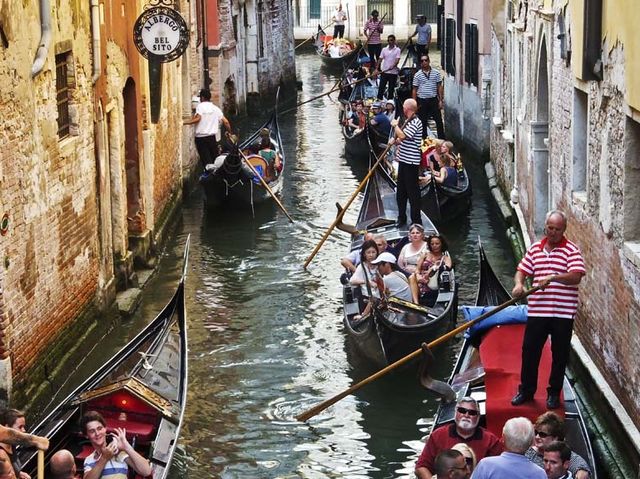 Pinterest
This is really iconic, we see it all the time in romantic scenes in many romantic movies, and yes it is as beautiful as it looks in photos, but the smell at this place is usually strong, depending on the season. 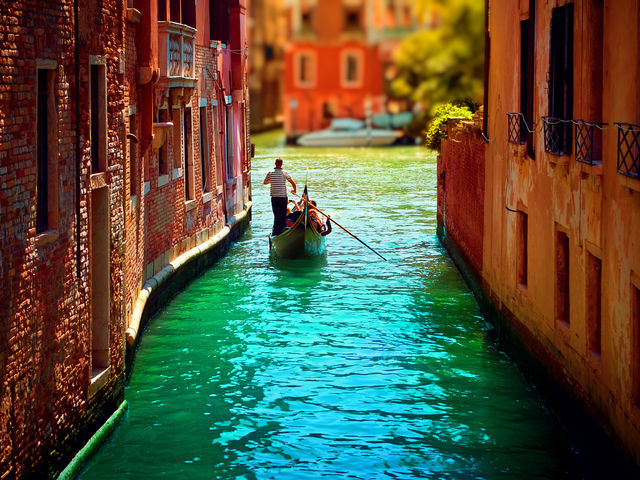 Pinterest
It forms one of the major water-traffic corridors in the city. Public transport is provided by water buses and private water taxis. As well, many tourists explore the canal by gondola. One end of the canal leads into the lagoon near the Santa Lucia railway station and the other end leads into Saint Mark Basin; in between, it makes a large reverse-S shape through the central districtsof Venice. It is 3.8 km long, and 30 to 90 m wide, with an average depth of five meters (16.5 ft). 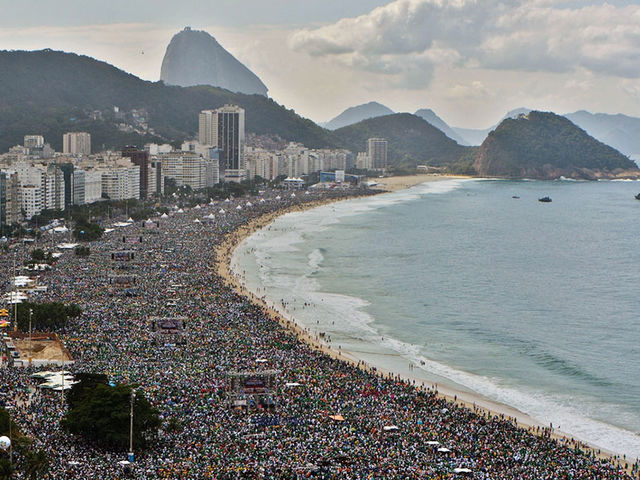 Pinterest
Considered to be one of the most famous beach in the world, it stretches for 5.15 kms along Avenida Atlântica until the Copacabana Fortress. Copacabana beach stages the biggest New Year’s Eve festivities on the planet, with the world renowned fireworks, bringing together over three million people. 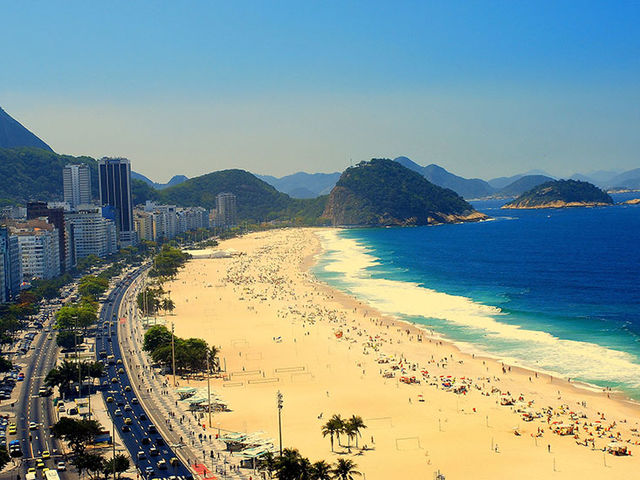 Pinterest
Copacabana is a bairro located in the South Zone of the city of Rio de Janeiro, Brazil. It is known for its 4 km balneario beach, which is one of the most famous in the world.

Trevi Fountain on a normal day 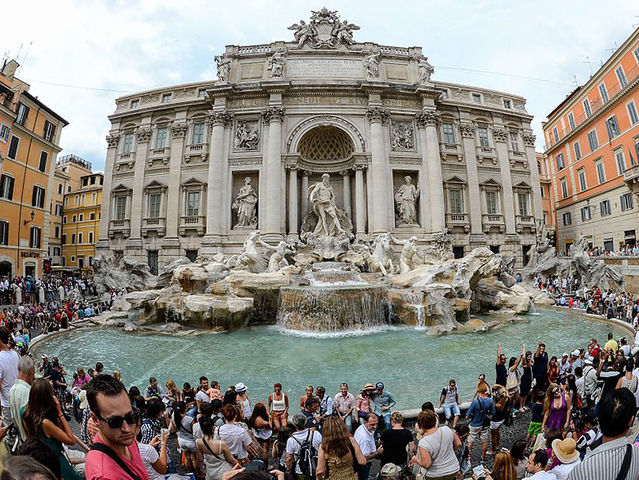 Pinterest
Ready to make your wish? It's the largest Baroque fountain in the city and one of the most famous fountains in the world. The fountain has appeared in several notable films, including Federico Fellini's La Dolce Vita and the eponymous Three Coins in the Fountain. 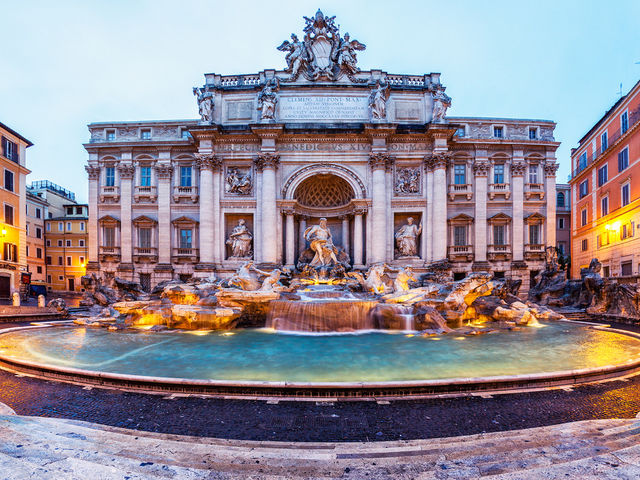 Pinterest
The Trevi Fountain is a fountain in the Trevi district in Rome, Italy, designed by Italian architect Nicola Salvi and completed by Pietro Bracci. The fountain at the junction of three roads marks the terminal point of the "modern" Acqua Vergine, the revived Aqua Virgo, one of the aqueducts that supplied water to ancient Rome. In 19 BC, supposedly with the help of a virgin, Roman technicians located a source of pure water some 8.1 mi from the city.

What about the Great Pyramid of Giza? 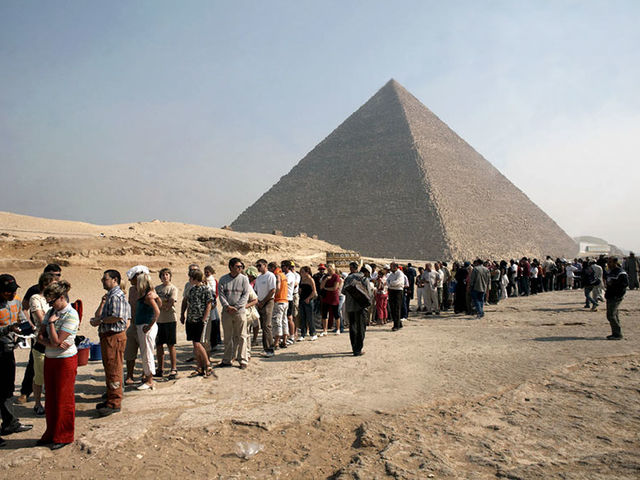 Pinterest
This is definitely one of the most visited places in the world, and in order to get there you have to travel for several hours under the hot sun and among the sand, but at the end it's totally worth it. 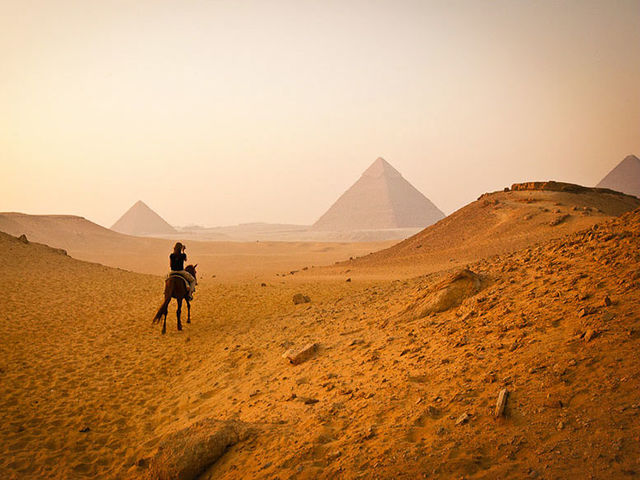 Pinterest
The Great Pyramid of Giza is the oldest and largest of the three pyramids in the Giza pyramid complex bordering what is now El Giza, Egypt. It is the oldest of the Seven Wonders of the Ancient World, and the only one to remain largely intact. 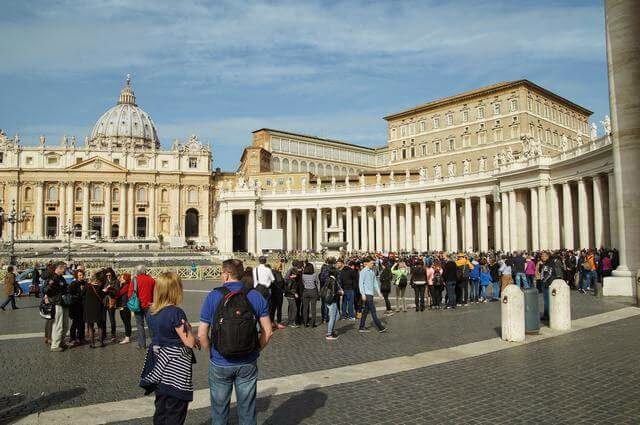 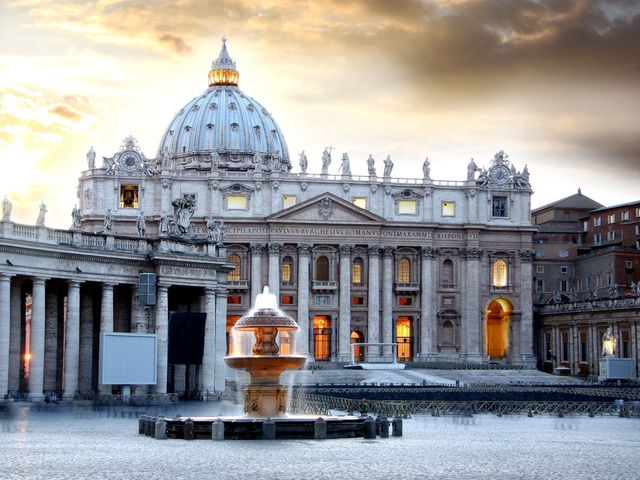 Pinterest
The Papal Basilica of St. Peter in the Vatican, or simply St. Peter's Basilica, is an Italian Renaissance church in Vatican City, the papal enclave within the city of Rome.  It is often called "the greatest church in Christendom". In Catholic tradition, St. Peter's Basilica is believed to be the burial place of Saint Peter, who was one of the twelve apostles of Jesus. It is believed that Saint Peter was the first Bishop of Rome.
Compartir este artículo
Mundo.com