Old photographs that show us the funny side of people

We are used to seeing old photographs and thinking about how serious people acted and were in those times. Although it was the norm when taking photographs back then that no one smiled, some of them were taken seconds later and show us that it was not like that at all. Regardless of the situation and how difficult times were, people always seek to find a positive and fun side to everything. These are some pictures that will show you the happy side of that people. 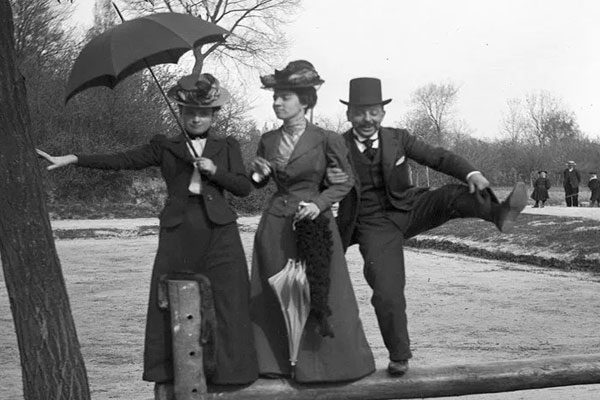 Google.
Their costumes and appearance of French people always make us think of etiquette and elegance, but we all need a moment to leave the seriousness behind and just smile, right? 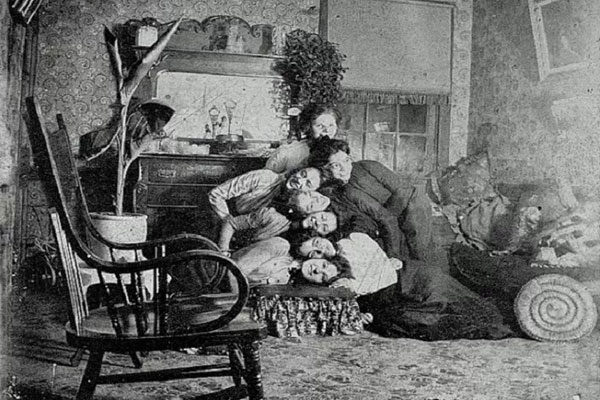 Google.
Although this photograph can be common now, years ago it was impossible to see something like it. We can definitely see a very united and happy family.

Here we have it again 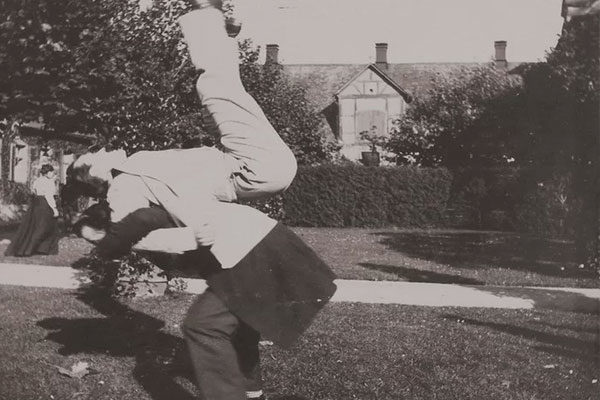 Google.
It seems that Zar Nicolas II was the one who imposed that new challenge that everyone is doing in social networks. Hopefully they have not hurt themselves. 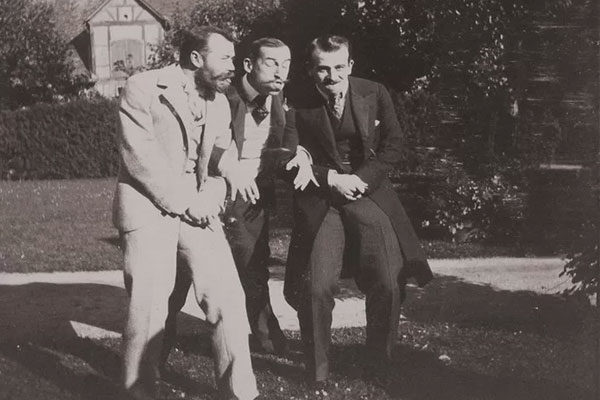 Google.
Even the Emperor of Russia Zar Nicholas II joked in front of the camera before taking the official photo. 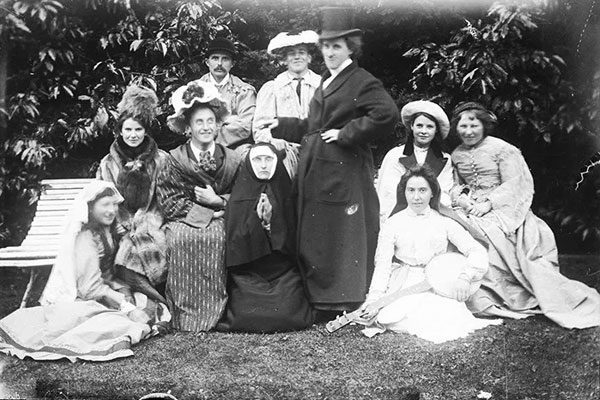 Google.
This family decided to have a little fun and dress a little differently for the family picture. Not only now we wear costumes, people did it years ago as well.

Famous psychiatrist of the time 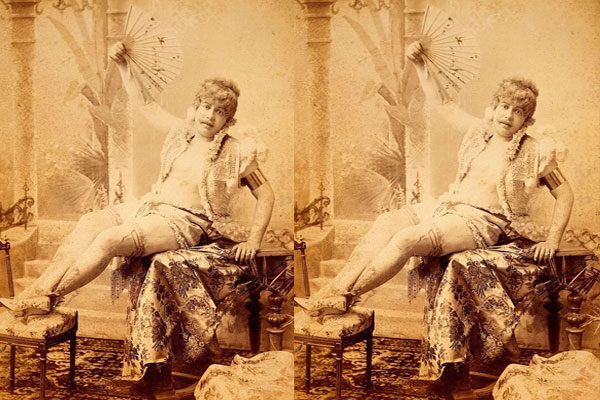 Google.
His name was Richard Von Krafft Freiherr and he was one of the most recognized psychiatrists of that era. Apparently that wardrobe was very uncomfortable for that specific temperature.

Ready to fall into the water? 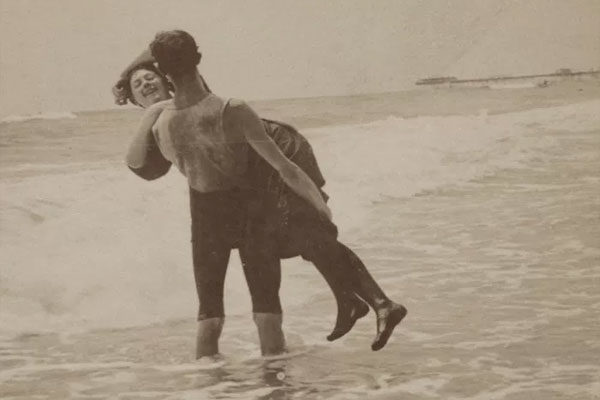 Google.
Couple were not always romantic, they also knew how to play a little bit. Look how they prove it in this picture! 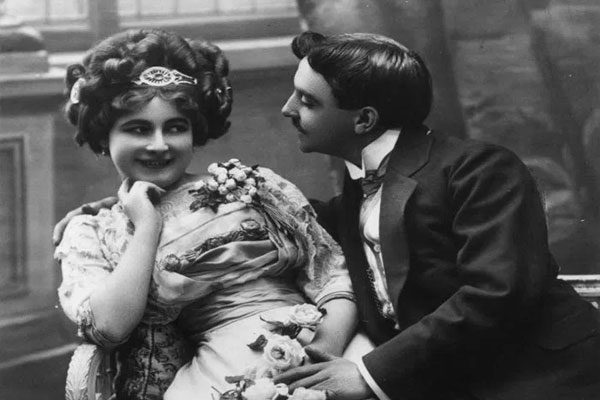 Google.
Apparently "flirting" is nothing of this century since many years ago they have done it and we have even learned from them. 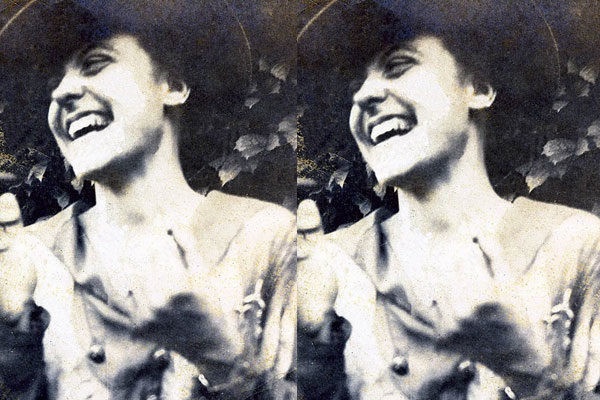 Google.
That image is very similar to a selfie today. No doubt she was very happy and they were making her laugh. 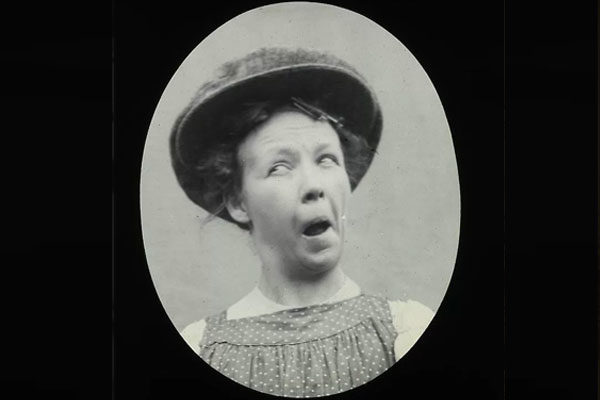 Google.
We have all found pictures of us when we were babies or pictures of our parents and grandparents. Older  ones also make funny faces while they are photographed.

Smiling to the camera 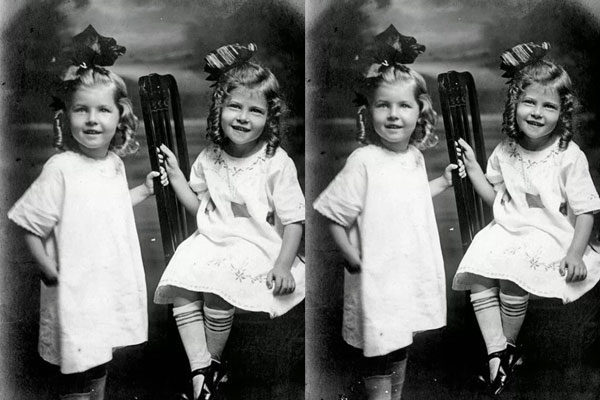 Google.
These two little sisters show their genuine smiles to the cameras before the family photography. At least they do not mind having the same hair and a very similar outfit. 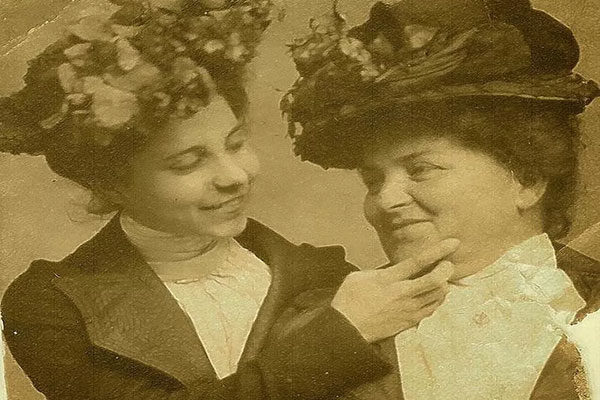 Google.
Mother and daughter showing their appreciation before being photographed. Apparently they had a very good relationship. 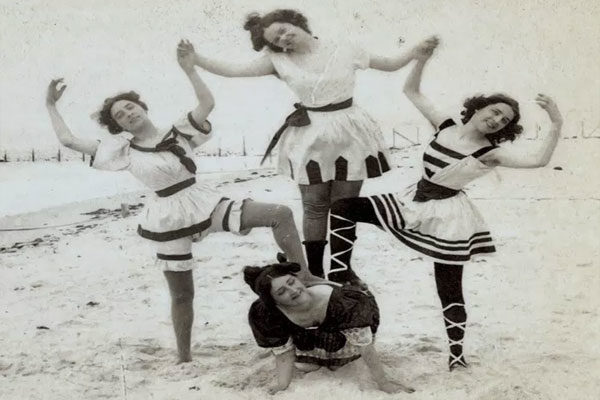 Google.
Nothing better than going to the beach on vacations and enjoying the sun with incredible people and unique moments. Hopefully it was not that uncomfortable for the person who was on the floor.

Everyone in his place! 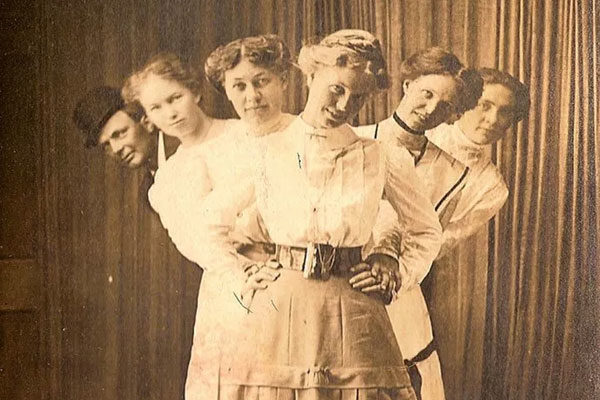 Google.
This image is a bit curious, they seem to agree to be in the right place to create a very interesting visual effect and they achieved it.

A walk in the park 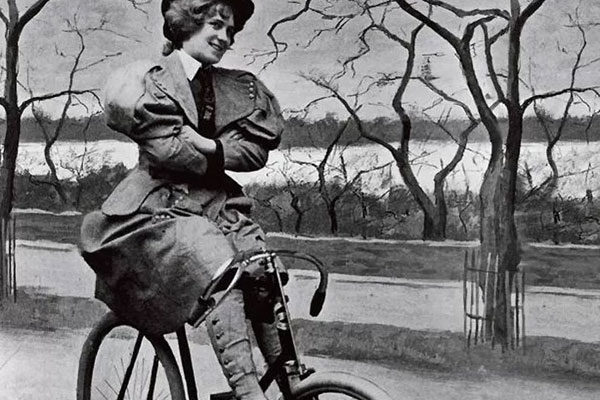 Google.
There is nothing more de-stressing and refreshing than a bike ride through the park. Surely she had a lot of balance to ride with her arms crossed that calm and smiling. 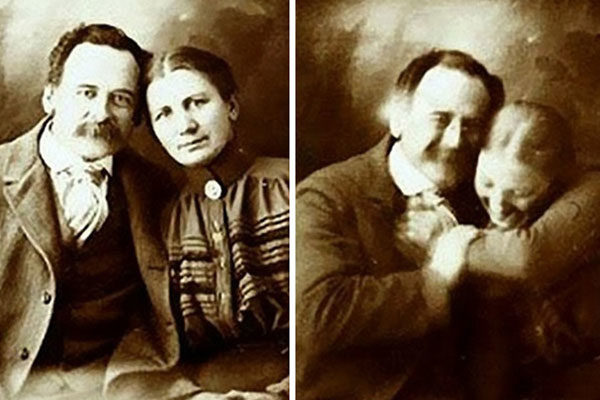 Google.
This couple could not help joking and smiling during their photo shoot to remember their love and show it to their grandchildren. 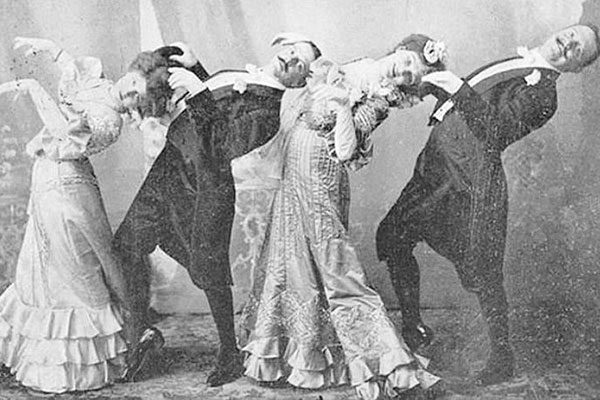 Google.
If we thought that the old holidays were boring, this photograph shows us the opposite. It even looks like they are dancing Thriller. 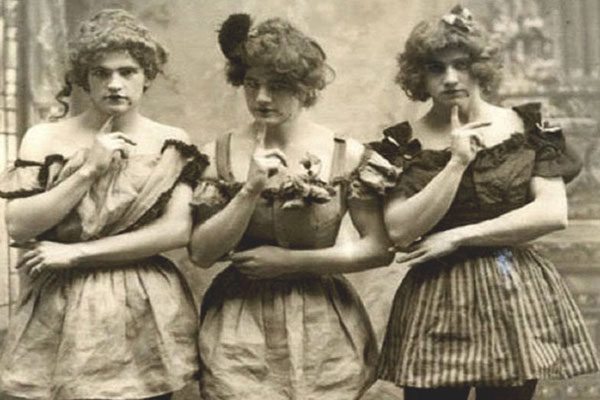 Google.
These three young men decided to joke a little and dress as ladies and even pose for the picture. Surely they did not stop laughing seconds later. 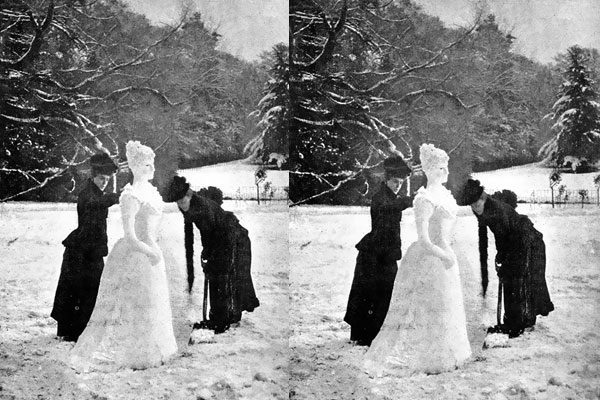 Google.
Apparently at that time not only snowmen were fashionable, that snow lady seems almost unreal.

She is not floating 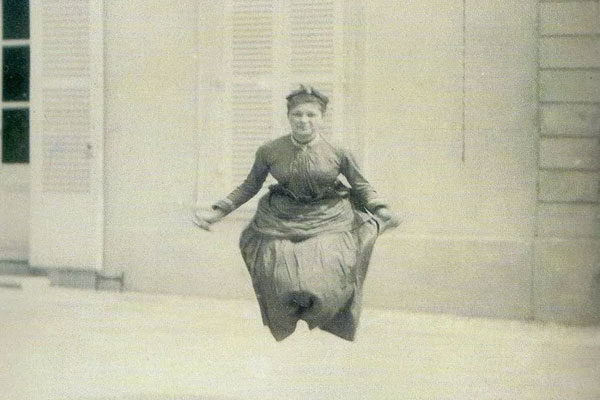 Google.
But she is jumping rope. This was one of the most popular games of that time, they were really good at tricks.
Compartir este artículo
Mundo.com