Items you cannot stop buying if you are having a baby

Being mother for the first time is no easy task. That is why we came here to help you with the ultimate list of everything you need for your little newborn! As a first-time mom, you will find out that having everything you need at the right moment can be a lifesaver, especially with a little one around.

Perhaps, seeing it from the outside it can seem that as a parent you only need a stroller and some diapers. However, there are lots of things you must have! Here are some helpful tips from parents who’ve gone through it

Of course, a stroller 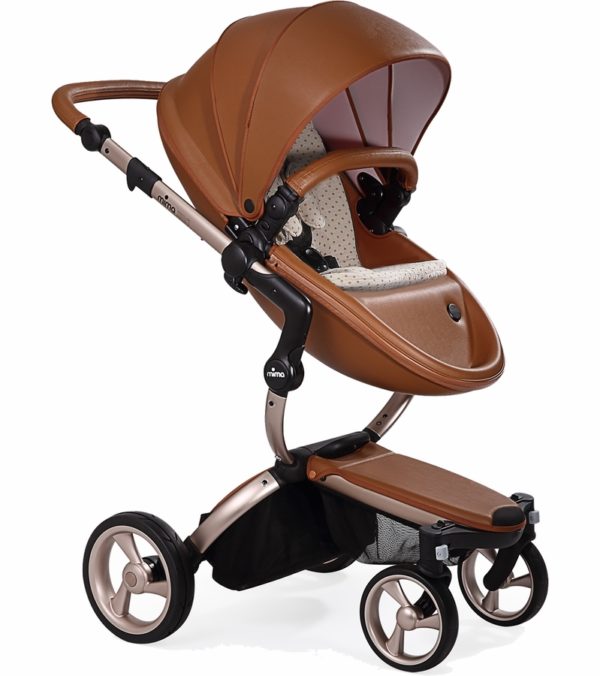 Google.
Well, as I said before, something that’s a must! You need to take your baby wherever you go! Now, you are not alone anymore you have someone else that depends on you. There are many different styles and prices ranges, the important part is that you know what you needs are to choose the one stroller that will suit them all. 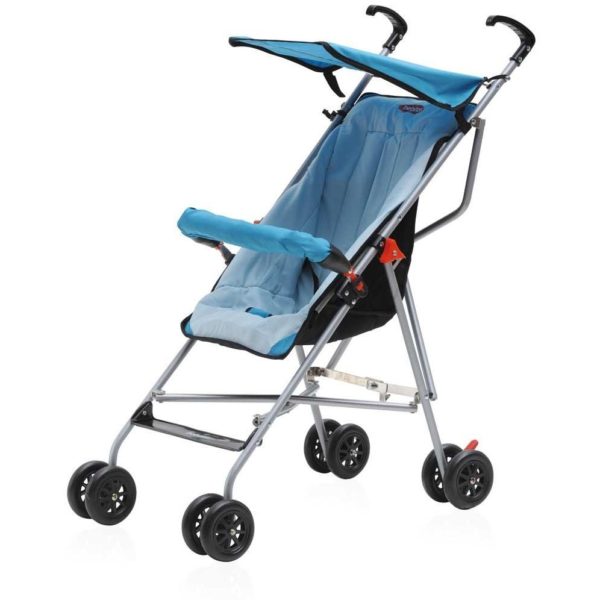 Google.
This type of stroller is a more “portable” one. For short trips or even long car trips this is the item you need. You can just fold it and put it right into your trunk. It is not as heavy as the other one which means that it will help you carry less weight. You need to start saving energies! 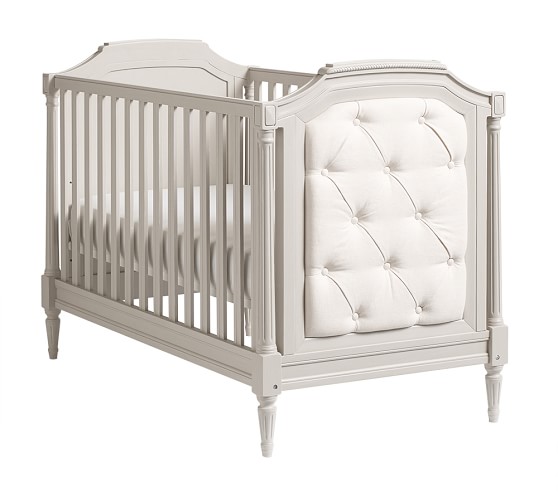 Google.
Nice and comfy crib. There will be a time when your baby stops sleeping with you and your husband. When that happens, you need to have a place where he/she feels safe and comfortable just like being near you! This is quite difficult, however, don’t lower your arms and try it! It’s the healthiest thing for all, believe me! 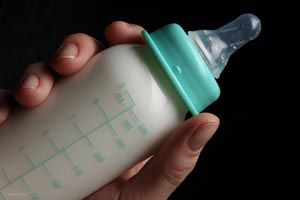 Google.
Your baby eats like we all do. However, when they are little they just drink your milk. Well, don’t cry mommy but let me tell you that there comes a time when they start drinking their milk by themselves from a bottle. Some mothers hate lactation or have problems with it. something as simple as a bottle can help you with that problem. Don’t feel guilty or anything, no baby is dying from hunger if you are offering them food! Believe me. 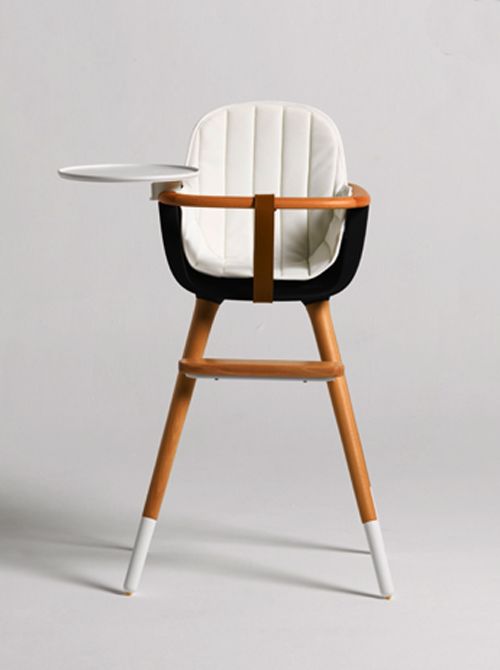 Google.
After 6 months, your baby will need an eating chair. They will find it difficult to sit by their own means. However, this chair helps them sitting straight and eating by themselves. It is something you must have when that moment arrives. 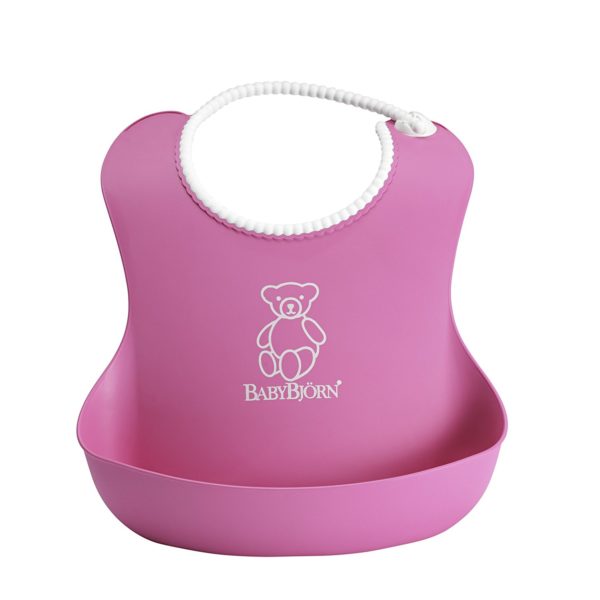 Google.
While eating, you must understand babies are a huge mess. You need to be patient and let them get all dirty, they can do it and they need to have that experience. However, bibs can help a lot with this stage. 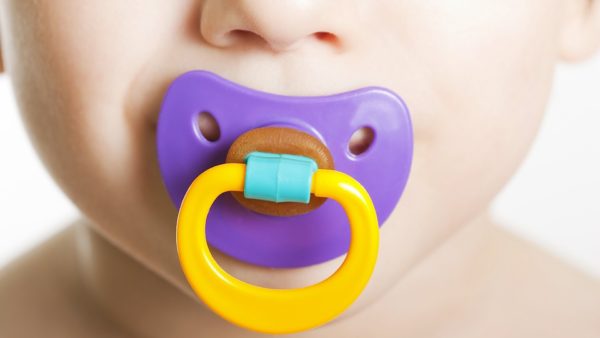 Google.
Great item moms! When they don’t stop crying: pacifier. When they can’t stop messing around: pacifier, when they have trouble to sleep: pacifier again. Really, it’s A LOT of help in the shape of a pacifier LOL. 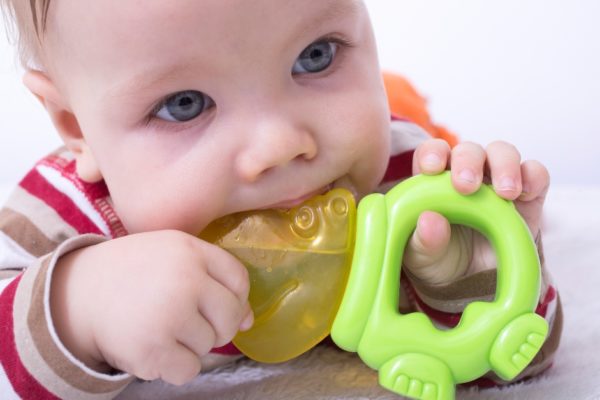 Google.
Sometimes there are some babies that suffer more when they starting growing their first teeth. However, there are some things that helps them deal with the pain. This type of toys have the right texture to bite and absorb pain. Well, poor creatures I don’t blame them. Imagine having to grow teeth for the first time in your life being that little? 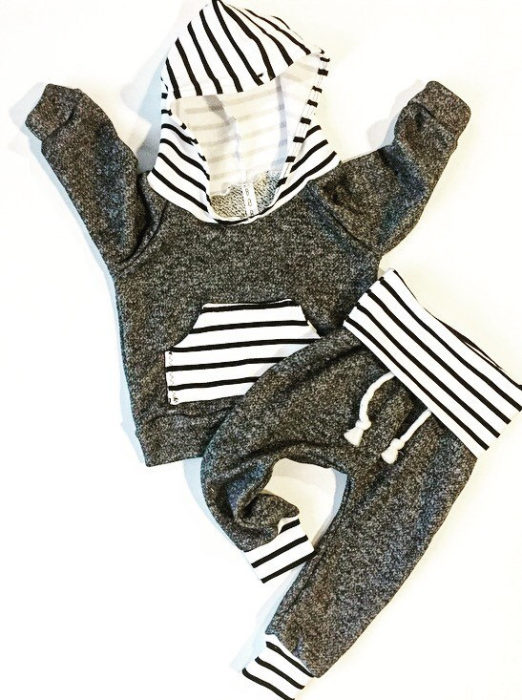 Google.
Especially when they start crawling! They must be flexible to carry out their goal.. the need to feel that they can do it by themselves. Comfortable clothes help them strengthen their self-confidence. 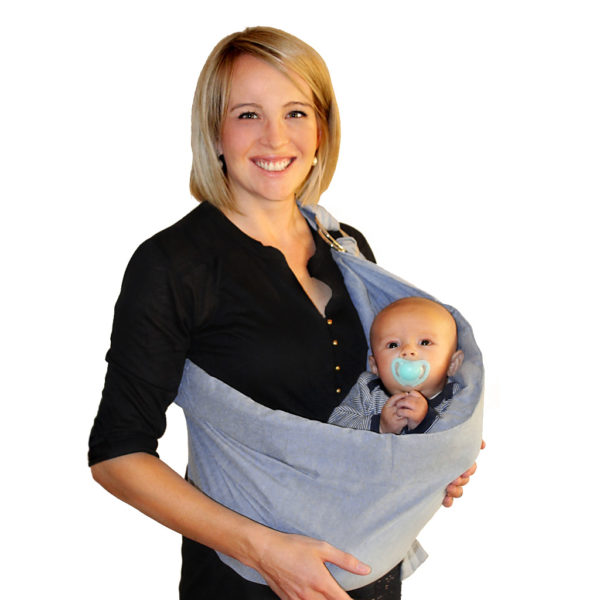 Google.
This is a great way of taking your baby everywhere you go without having an extra bag. It’s really effective and if you choose the right one, it’s comfortable too. 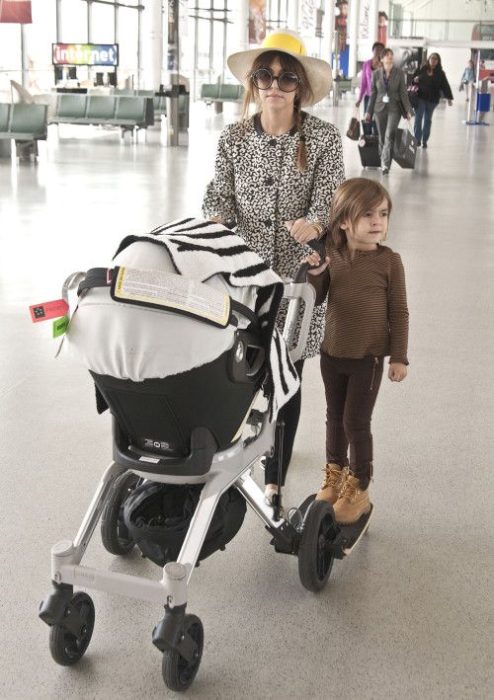 Google.
Being honest, this is not a MUST in your list. However, I got to say that is one of the most helpful tools to take a walk if you are having a second child. The other one doesn’t gets bored and you can happily take a ride. 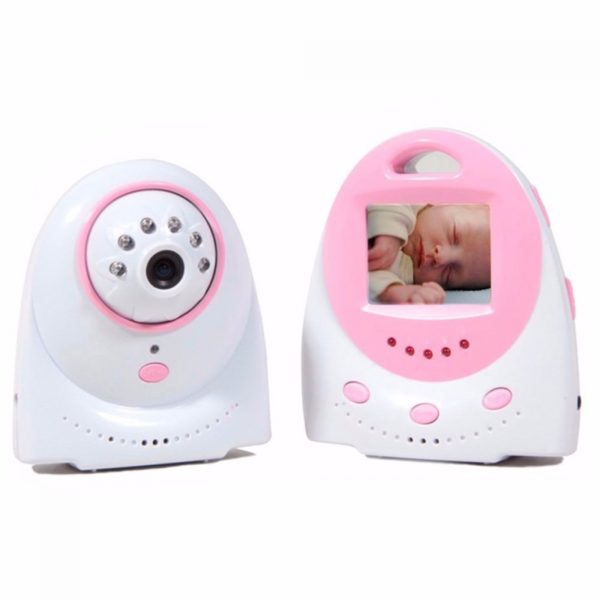 Google.
Now with the new technologies, these things appeared and mommies touched heaven! Check them out. If you think it twice, you would maybe think that it takes your baby’s privacy away from them. However, it’s the solution to all your problems. You will start eating dinner with your husband while watching your baby without the need of leaving the table every 5 seconds. Also, they don’t need privacy at that age, leave that for teenagers! 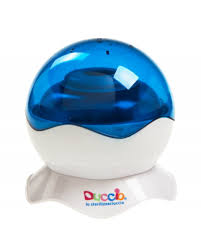 Google.
Everything your baby touches with her/his mouth must be 100% clean. That is something that can sound silly but you have to know. Especially pacifiers that tend to fall to the floor and the upper part of the bottle. 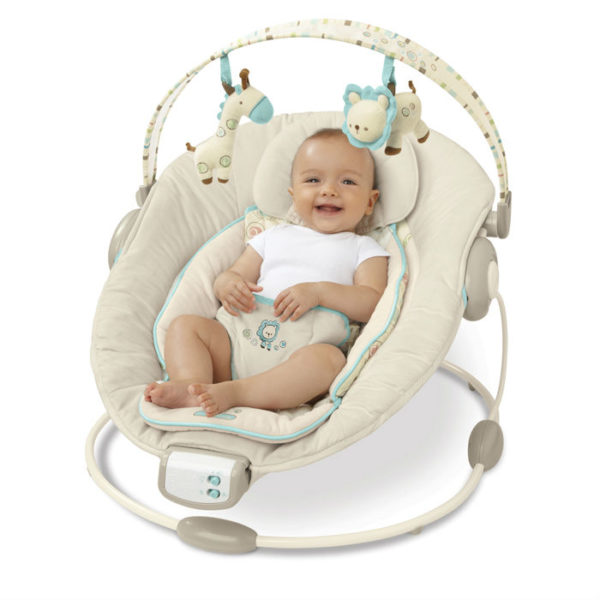 Google.
This is something babies usually love. The vibrating chair is not only for fun it also stimulates their senses which is a great thing! It helps them interact with new sensations. 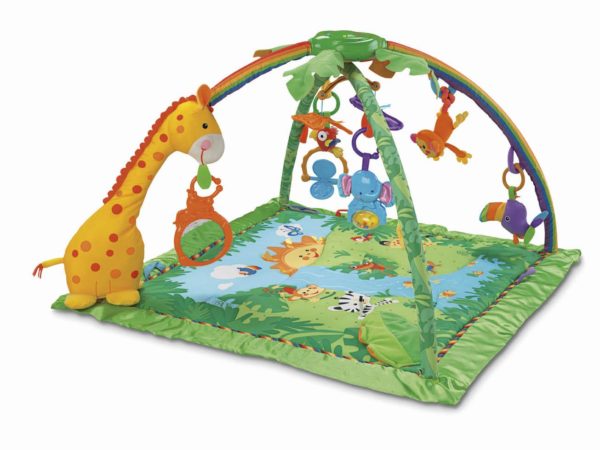 Google.
Other way of stimulating their senses can be this baby gym. It doesn’t work with batteries so it can be something less “technological” if you prefer. However, both are great tools for your baby’s growth. 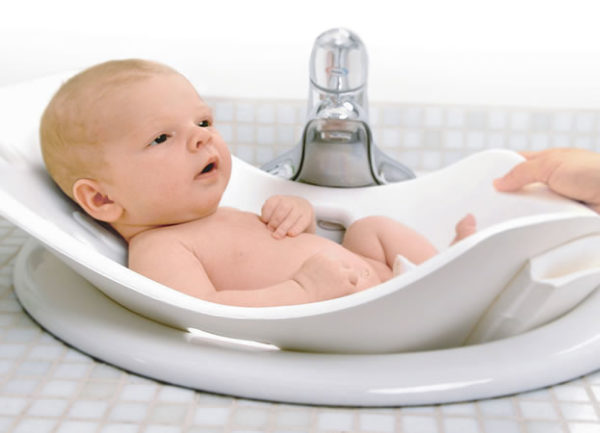 Google.
This will help you bathing them. Sometimes when you try to catch them perfectly your back starts to help. Try to bathing them in the sink with this tool. Your back will thank you as well as your baby who will be more comfortable too. 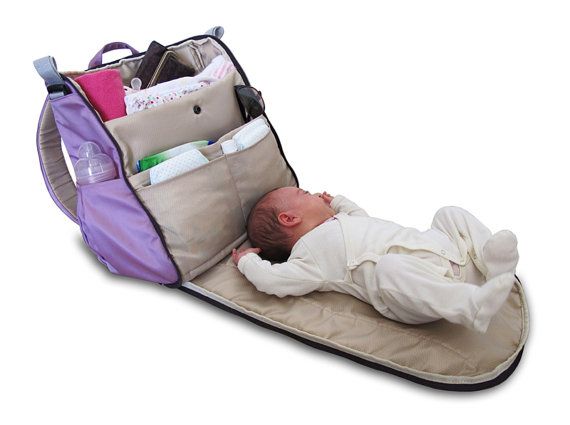 Google.
You are not bringing just your wallet and your cellphone you need a bag where you can put all your baby’s needs. Something like this one in the picture will help you save time and will also help your organization when going out. 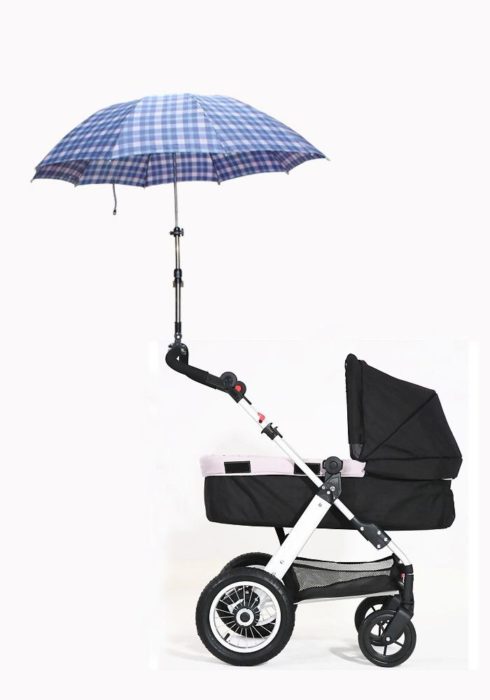 Google.
Again, this one is not a MUST in the list. But, it’s a great accessory for your baby’s comfort. When it’s sunny this will help bringing shade and when it’s raining you won’t wait anymore till it stops! 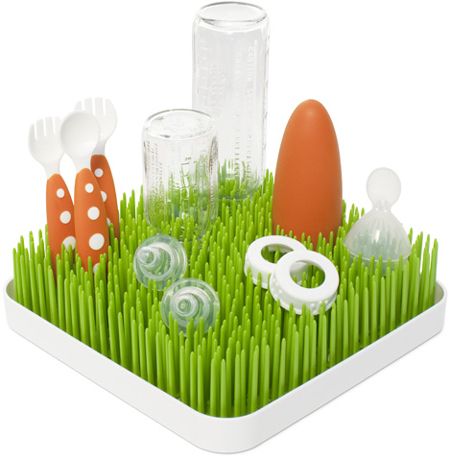 Google.
Going on with the clean mood. I highly recommend this dish rack. All your baby’s items will be separated from the rest. Clean way of preserving clean things, right? 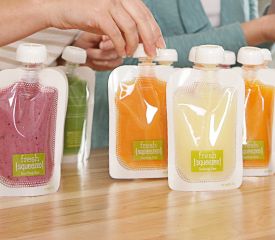 Pinterest.
This is a great way of saving money. You’ll reuse this portable baby food pouches without wasting your money in all the disposable ones. Remember to clean it carefully!
Compartir este artículo
Mundo.com