Snacks are small portions of food we eat between meals to temporarily satisfy hunger. It is recommended to eat at least 5 times a day, and including snacks in your diet can help you speed up your metabolism and keep you more active during the day.

Most people choose to eat cookies, potato chips or high-calorie foods, but they are not the healthiest options because they can cause overweight.  Here’s a list of healthy snack ideas that are also incredibly delicious! 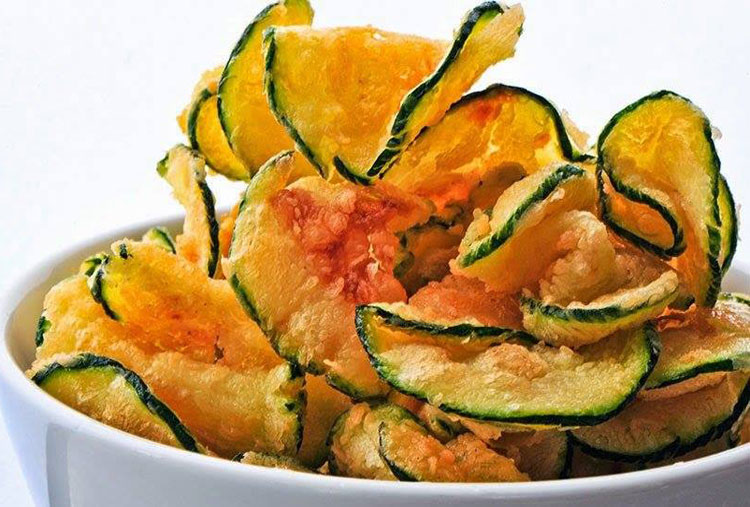 To prepare this snack you just have to cut the zucchini into slices and add a tablespoon of olive oil and season with salt, pepper and a bit of paprika. Then, you just need to bake it for 30 minutes until the courgettes are tender. Paprika will boost your metabolism and reduce appetite because it makes you feel full for longer. 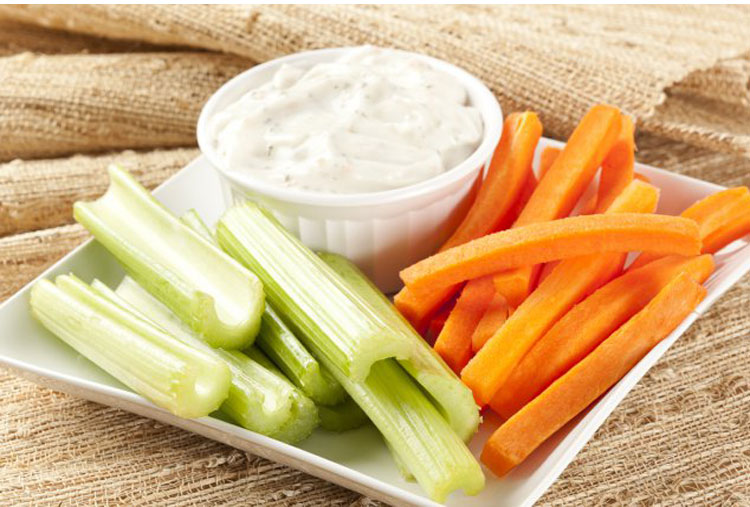 One of the most simple and healthy snacks are vegetable sticks, you can take them to work or school and they will help you feel full on fewer calories. All you have to do is cut strips of vegetables like carrots or celery and you can also eat them with a low-calorie dip. 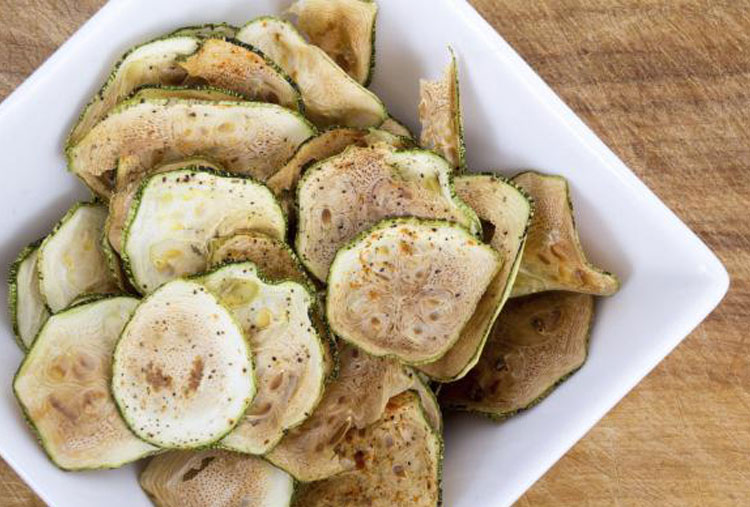 You can replace processed foods like chips with these delicious homemade snacks, all you need are cucumbers or zucchinis, apple cider vinegar, and salt to taste. Cut thin slices of cucumber and put them in a bowl with a bit of apple cider vinegar and salt; bake them for 25-30 minutes depending on how crisp you want them.

Who said chocolate is not healthy? A tablespoon of chocolate chips and ½ ounce of peanuts make one of the most delicious snacks. These two foods are high in calories and fat, but the key is to moderate your intake. 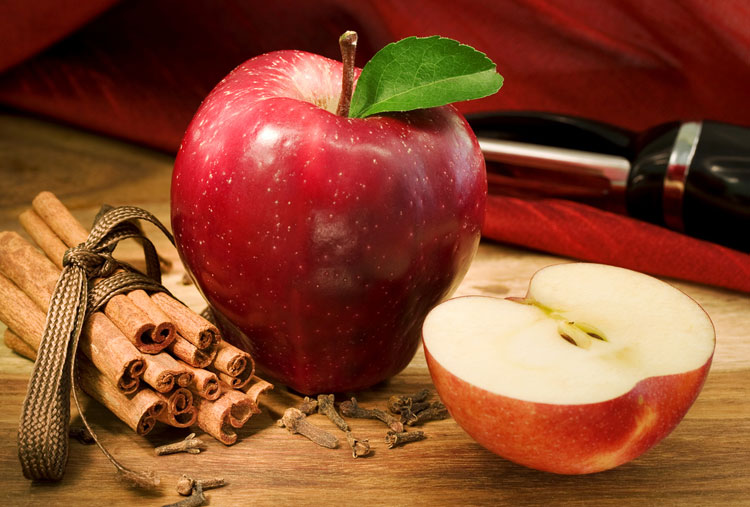 Apple slices seasoned with cinnamon, are a good choice for a morning snack. Cinnamon, apart from having antioxidants that protect the body from oxidative damage, can help you lose weight. This is a different and healthy way to eat fruit during the day. 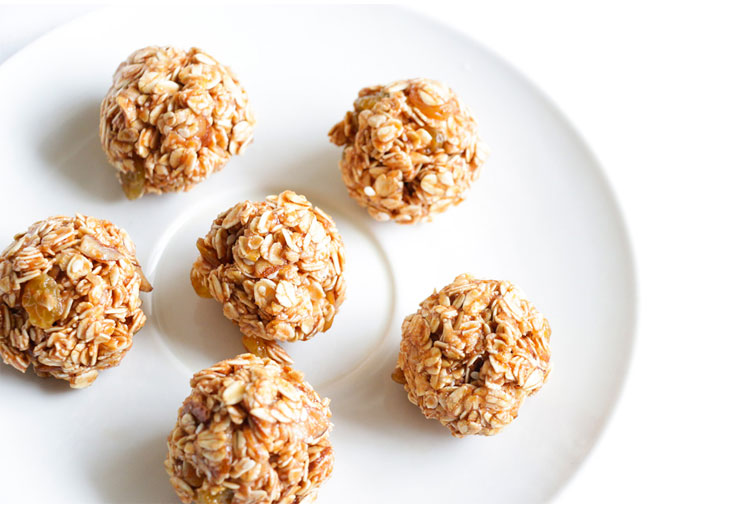 Oatmeal is a very healthy option for all those who want to lose weight. To prepare these delicious balls you need:  1 cup of dry oats, 1/2 cup almond butter, 1/2 cup black chocolate chips, 1/3 cup raw honey and 1 teaspoon vanilla. Stir all the ingredients together in a bowl and let them chill in the refrigerator for half an hour. Then, you just have to roll the mix into balls. 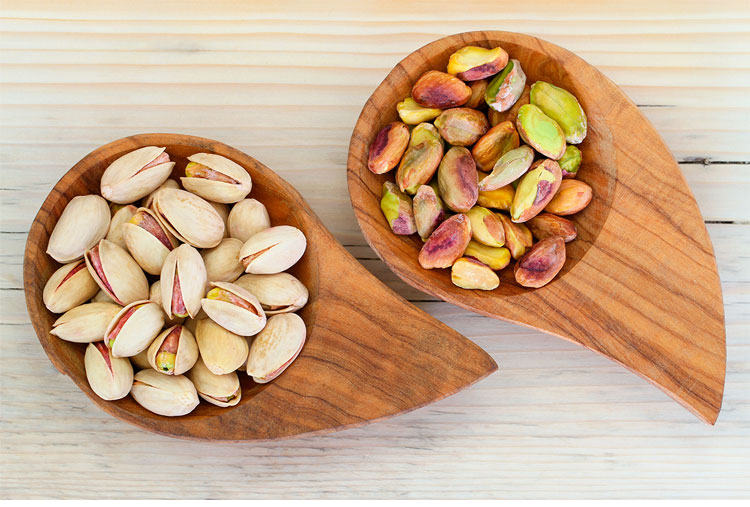 Pistachios contain nutrients such as proteins, carbohydrates, dietary fiber, phosphorus, and potassium. Having a healthy heart and weight management are some of the health benefits of pistachios.  A handful of nuts is a great snack option! 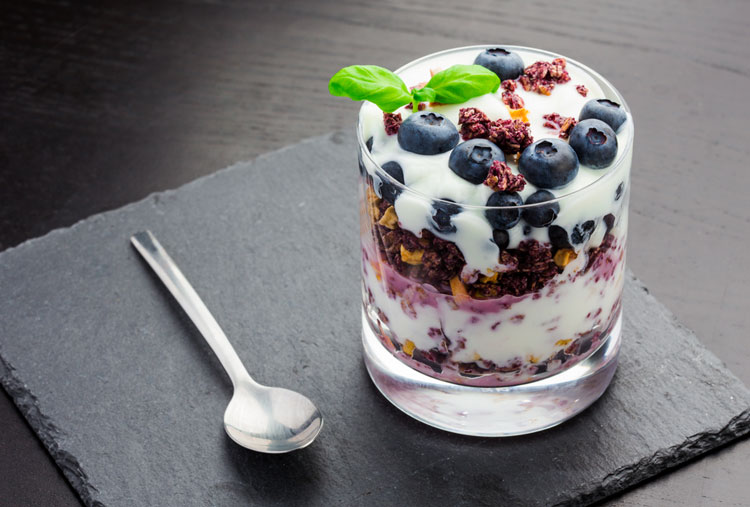 Yogurt is a great source of high-quality protein.  There are many ways you can eat yogurt, you can dip raw vegetables in plain yogurt or you can eat it with delicious fruit. There is a wide range of yogurt flavors, but the best option is plain yogurt. 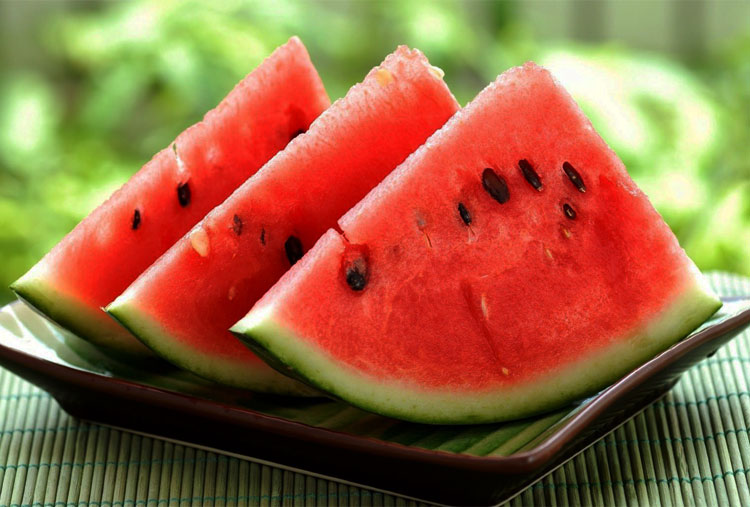 Watermelon contains a lot of vitamins, minerals, and antioxidants. Studies have shown that eating watermelon can decrease the risk of obesity and it can help prevent heart disease or cancer. A great way to replace high-calorie snacks is with watermelon. 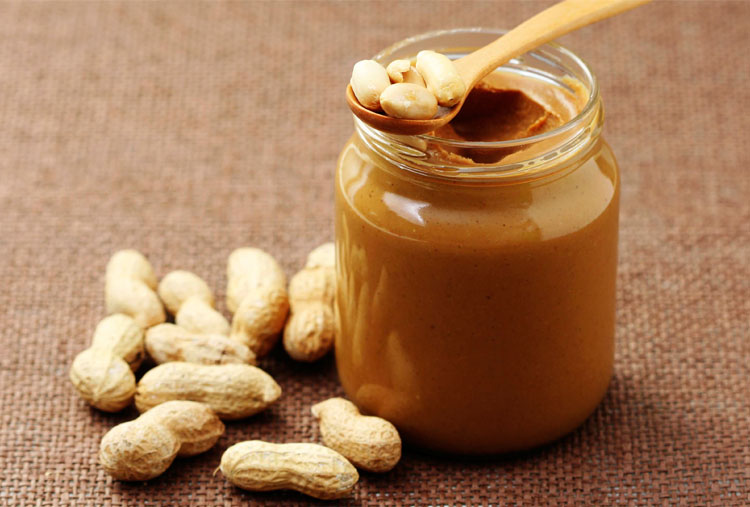 Peanut butter contains a lot of protein, fiber, and fatty acids. As it is high in calories, doctors recommend eating it with foods that are low in fat to in order to create a nutritious snack. Apples and peanut butter taste really good together, so they make the perfect snack. 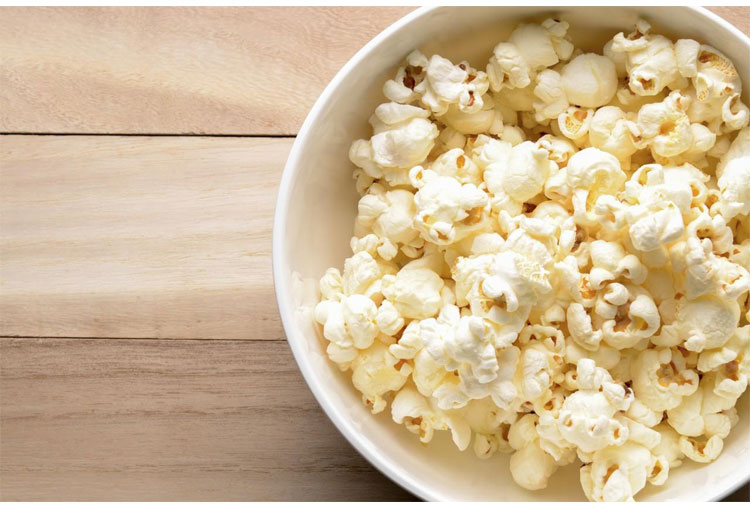 Most people think that eating popcorn can be unhealthy, but if you prepare them with the right ingredients, they can be a healthy snack because they are a great source of fiber.  Popcorn can also help prevent cancer and reduce cholesterol levels. You should avoid eating butter or caramel popcorn because they are not healthy snacks. 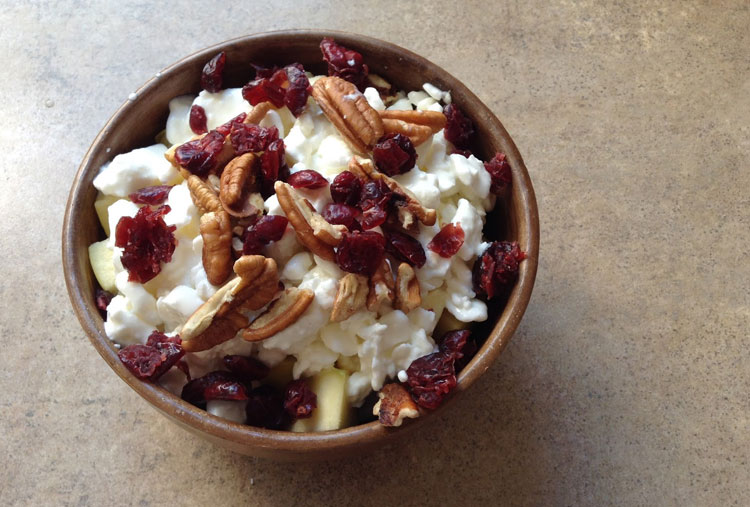 Apples offer many health benefits because they contain antioxidants which are disease-fighting compounds. If you get easily bored of eating the same fruit, a different and healthy way of eating apples is with cottage cheese because it can help with weight loss. Cottage cheese is also a great source of many minerals such as magnesium, calcium or potassium. 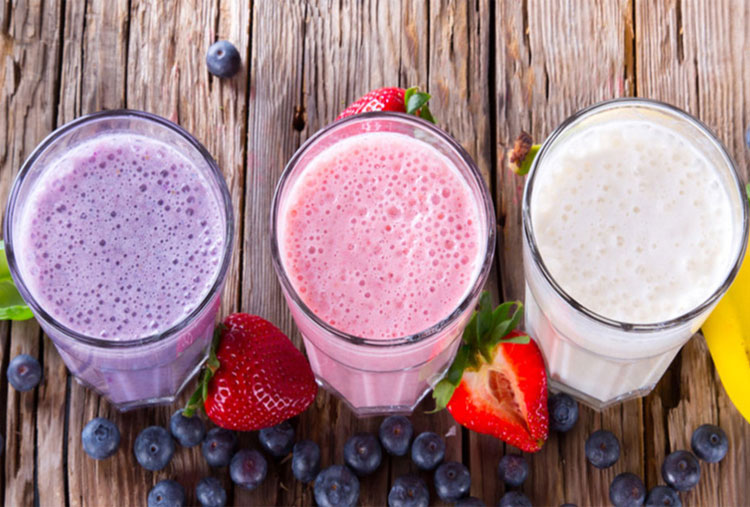 Smoothies can be a very healthy snack as long as you don’t add too much sugar. You can combine your favorite fruits with Chia seeds which contain healthy omega-3 fats and 5 grams of fiber per tablespoon. Drinking smoothies can help you get the daily allowance of fruits and vegetables you need. 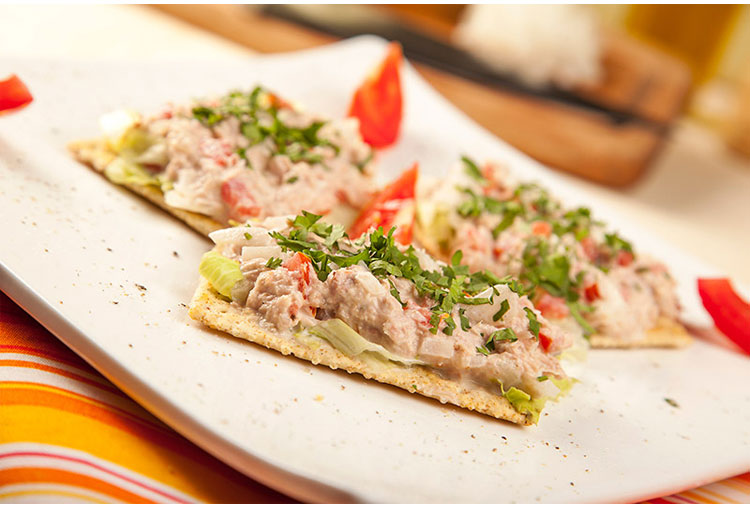 Tuna is a great source of lean protein and omega-3 fatty acids which lower your risk of cardiovascular disease. You can eat tuna with whole grain crackers as a snack because they are low-calorie foods and they taste really good together. 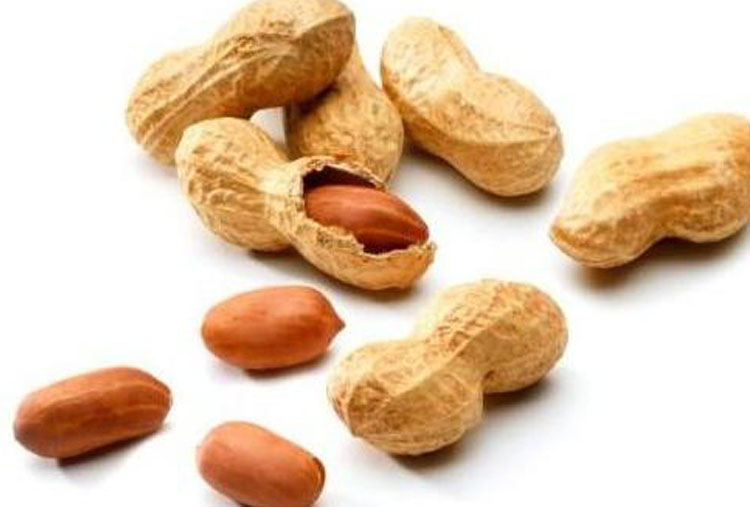 Peanuts can be a very healthy snack because they contain high amounts of fiber and protein. They can help you lose weight because they can fill you up and keep you feeling full for longer. If you want to fight cravings you can eat unsalted dry-roasted peanuts. 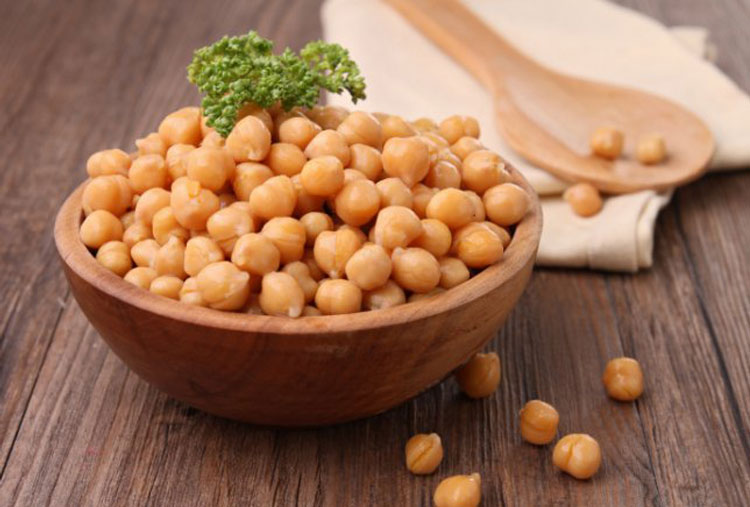 Chickpeas help strengthen our immune system because they contain many nutrients such as fiber and protein. They can help lower blood glucose levels and prevent type 2 diabetes; chickpeas can also lower the risk of ischemic heart disease. 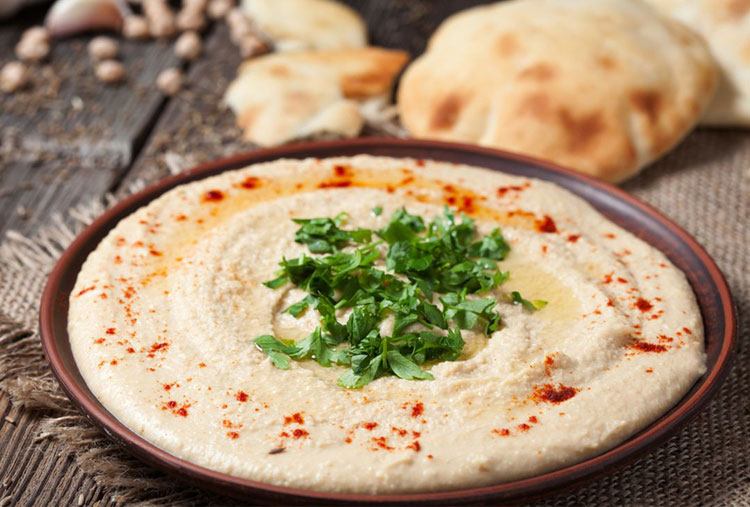 Hummus has become a very popular snack because it is easy to prepare and it tastes delicious. Due to the fact that it is so rich in protein, it can help fight hunger cravings and balance blood sugar levels. There are many hummus flavors to choose from, such as spicy avocado, Thai coconut curry or sweet potato. 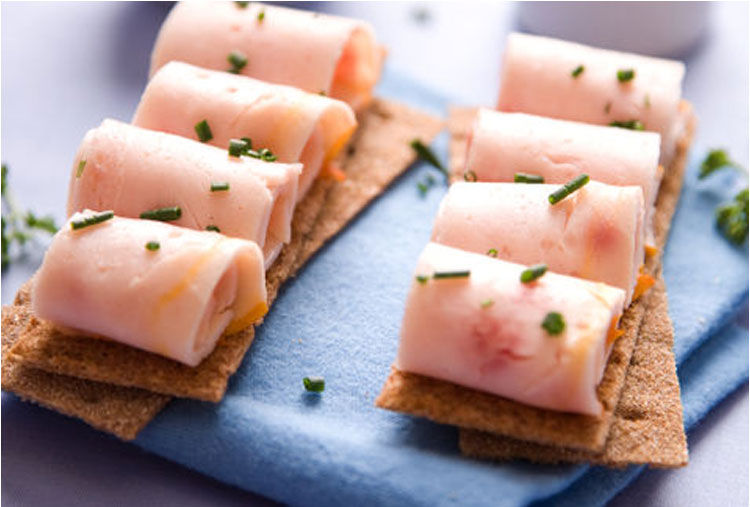 Ham rolls can be a very easy-to-make, healthy and cheap snack. You can eat ham rolls with low-calorie crackers or you can also spread cream cheese on the ham slices and add chopped pieces of pepper. 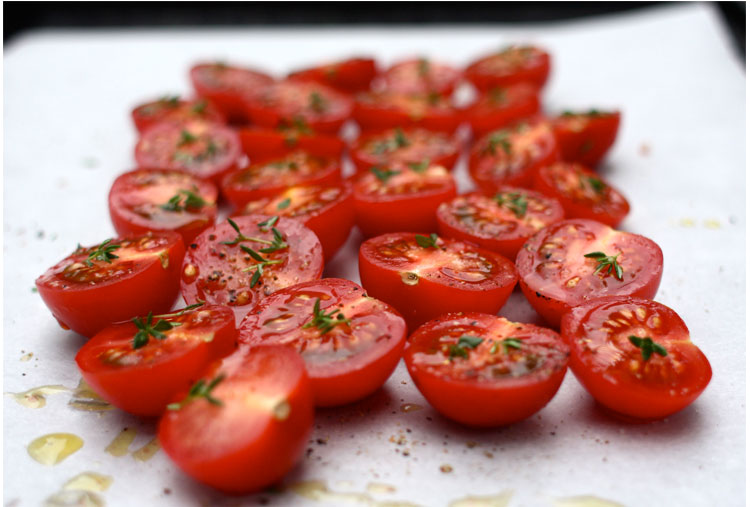 This type of tomato is a good choice for a midday snack because of its sweet taste and small size. Cherry tomatoes provide vitamins, calcium, potassium, sodium, and zinc; they can also improve your immune system and prevent heart disease. 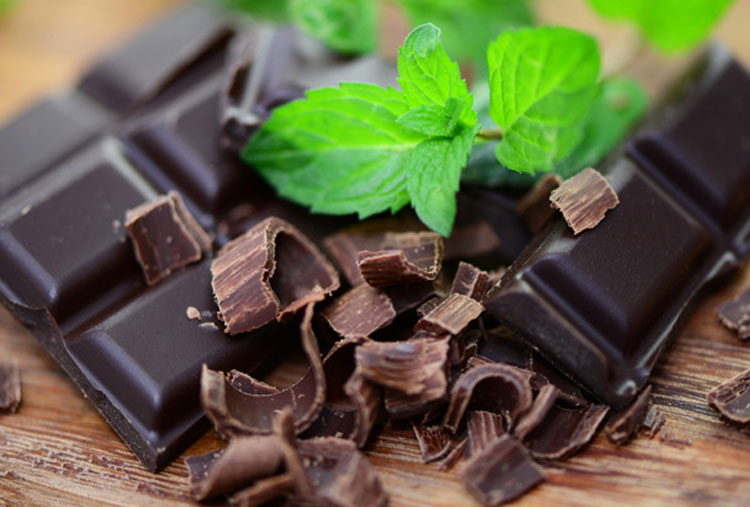 Dark chocolate can be a very delicious and healthy option because it is rich in antioxidants. Nutritionists recommend eating one or two ounces of dark chocolate per day. Preventing heart disease and lowering blood pressure are some of the health benefits of consuming this delicious snack.