21 reasons you should be nice to your dog

Dogs are the best kind of friend you can have. There are plenty of great reasons for having a dog at home, and they can have a profound impact on everything from your health (both mental and physical) to your social life (dog lovers unite!).

1. Your dog’s always ready to make you laugh 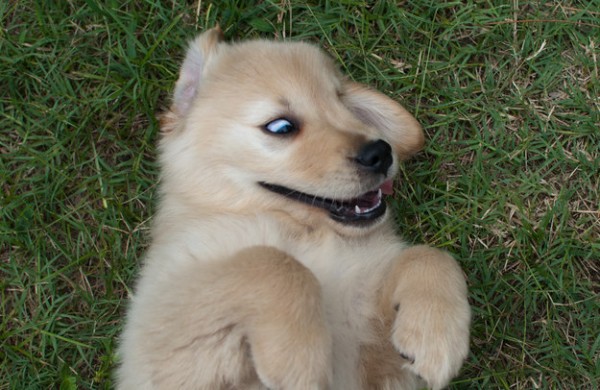 His favourite hobby is to put a smile on your face. A dog plays with you, goes with you wherever you go (if you let him), doesn’t judge you, makes you laugh, and gives you unconditional love.

2. He’s your best friend all the way to the end 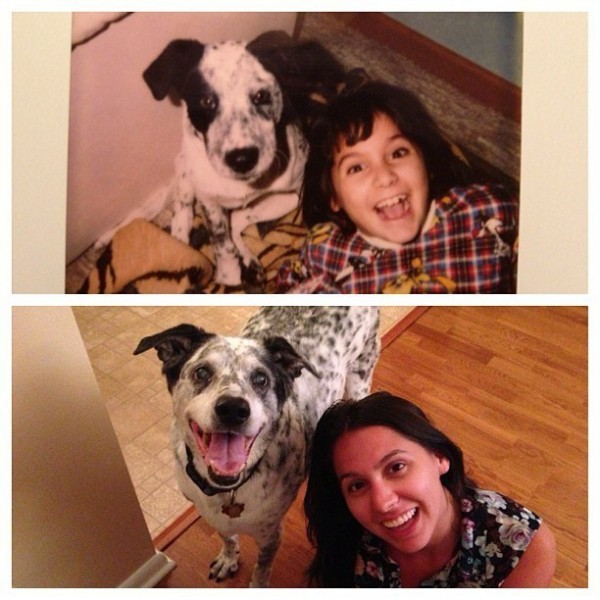 You have a best friend for life, no questions asked. They also pretty much force you to exercise, and help you reduce stress. They’re a great antidote for loneliness.

3. They’re always ready to spend a night with you on the sofa 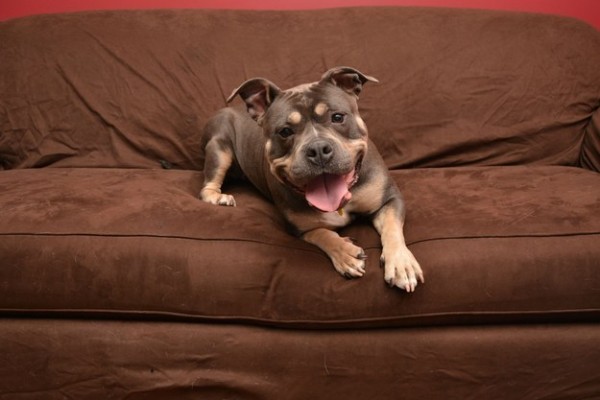 Regardless of the type of life you lead, your dog will do his best to adapt to it. Do try to keep it moving, though. A tired dog is a happier dog.

4. They’re great for your children to grow up with 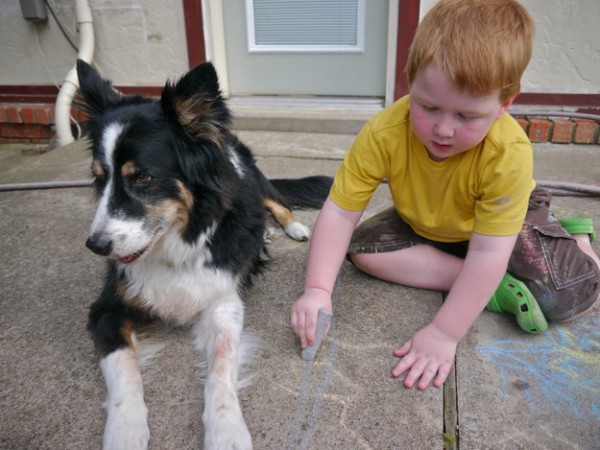 Doesn’t matter how big or how small you are, your dog loves you the way you are, and he won’t ever leave you. They’re great playing buddies.

5. Their loyalty is well known 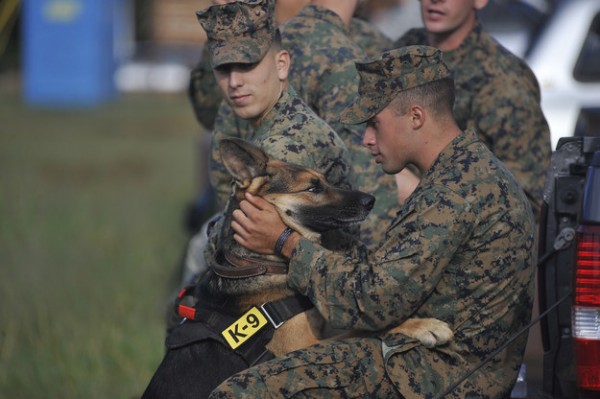 There’s a reason every police force or army in the world uses dogs for a multitude of tasks. Their loyalty is legendary. It doesn’t matter what happens, or even if you’ve been mean to him, your dog will always be there for you.

6. When you get home, joy is guaranteed. 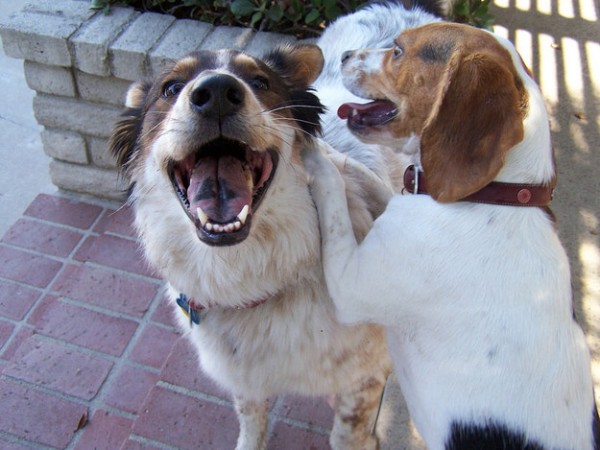 Even on your worst days, they always find a way to make you laugh. Every breed has different characteristics: some are serious and protective, some are noisy and playful. They all have one thing in common, though: they’re always happy to see you. 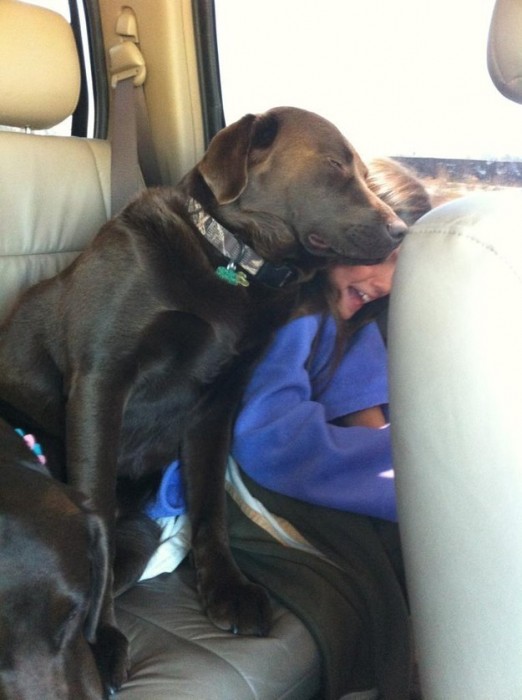 They invade, in the best possible way, every inch of your space, and surround you with love and company. You’ll never lack unconditional love when your dog is around you.

8. They can never get enough of you 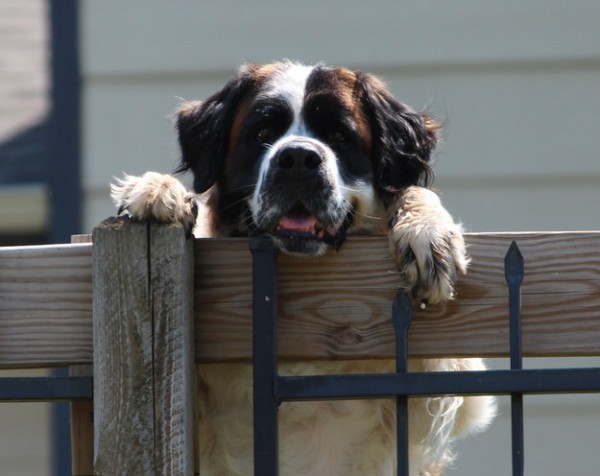 When you’re away, you know that not a second goes by that your dog is not missing you. They love you so much they always get anxious when you leave the house, but they’re always waiting for you to return.

9. When you get home, they’re waiting for you with the sweetest welcome in the world 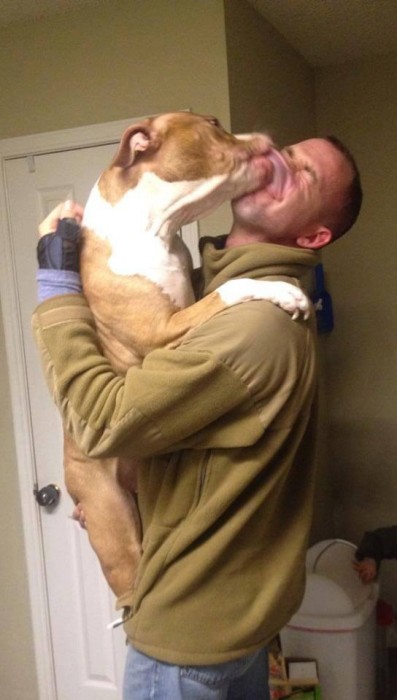 The best gift you can get, coming back home after a long day, is the reception party (for one) your dog has set up for you. If your day doesn’t pick up after that, you should probably just go to bed.

10. They’re a source of truth and peace 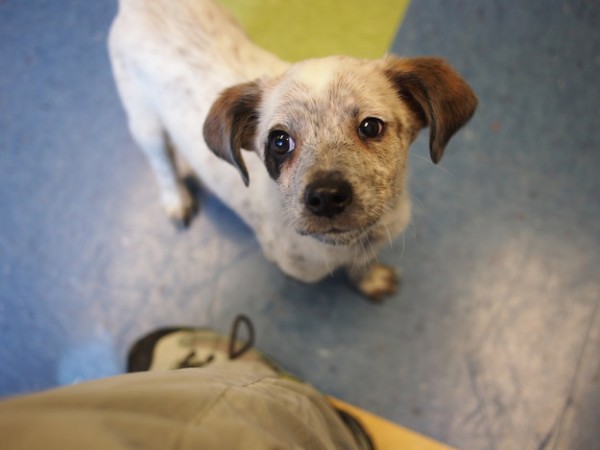 When things are not going so great, sometimes it’s enough to just look at them to feel a little better. They can’t do all the things we do, but they’re always there by our side to make us feel things are going to get better.

11. They do everything they can to fill your life with love and friendship 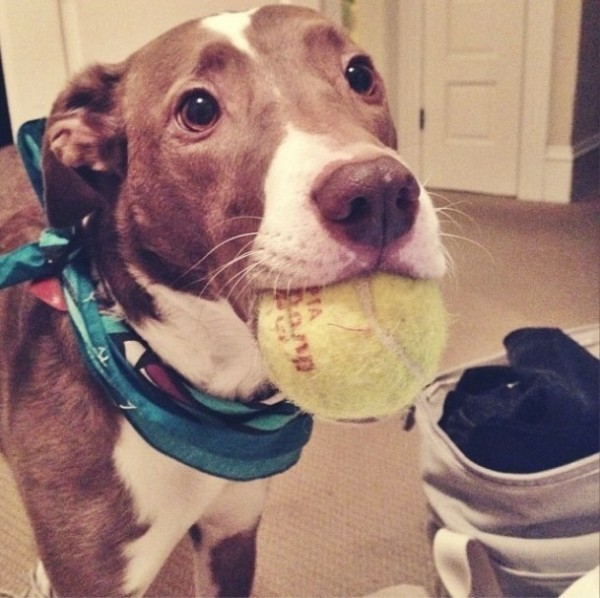 You never have to wait for anyone, cause you always have a faithful friend who won’t leave you alone.

12. Sometimes they just want to be a ball of fur to hug you 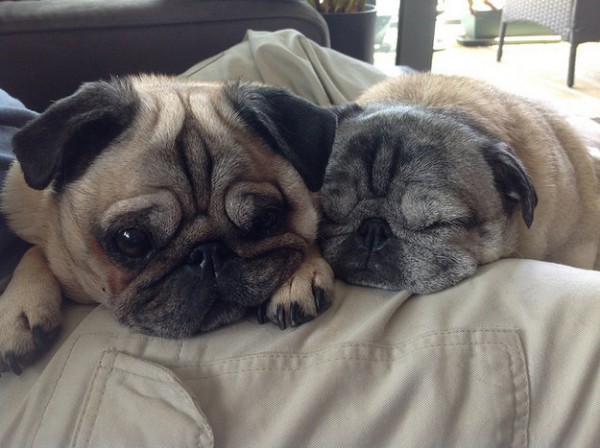 This seems to be an ideal task for some breeds. Pugs, in particular, are wonderfully cuddly, and they don’t need a lot of space. You will never get bored with them. 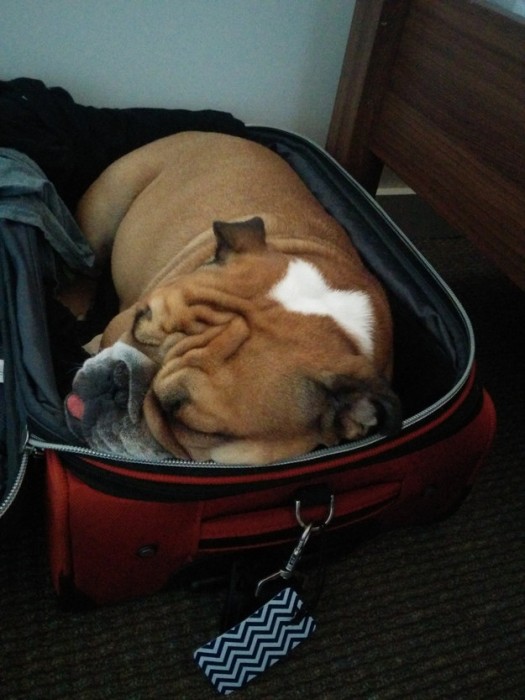 They’re always ready to go with you, wherever you go. Sometimes they’re the first ones in the car when you want to go out for a ride. You may not want to take them literally everywhere (don’t be that guy), but if you want to, they’re there.

14. Your puppy is always ready for an adventure 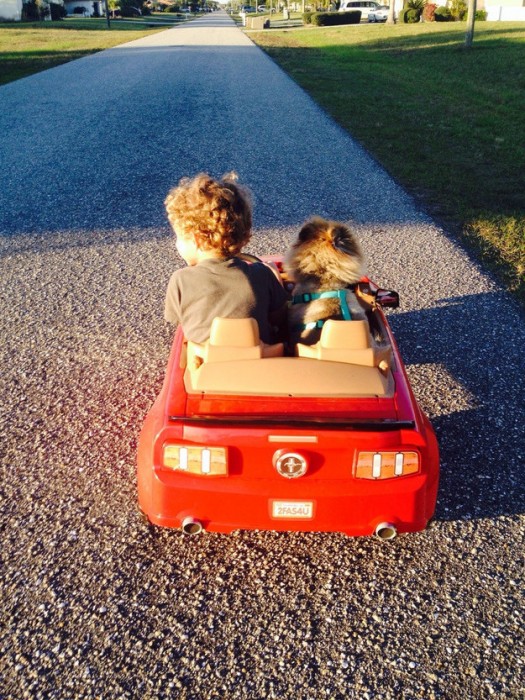 He’s your perfect playing partner and he will fill your days with joy. Your dogs are willing to adapt to your lifestyle, are exceedingly malleable, and accept pretty much any reward, no matter how big or small, without complaints. 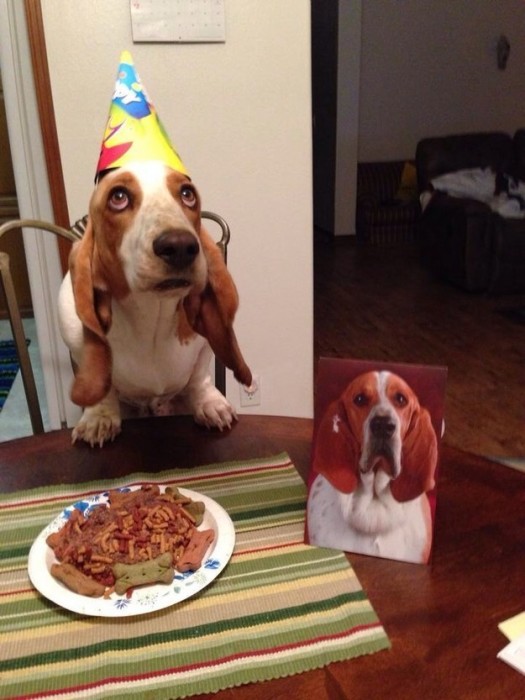 They love celebrations with family. They sense our moods and are  infected with joy when you have a party at home. They’re also great for receiving guests.

16. …or to mourn with you when things go wrong 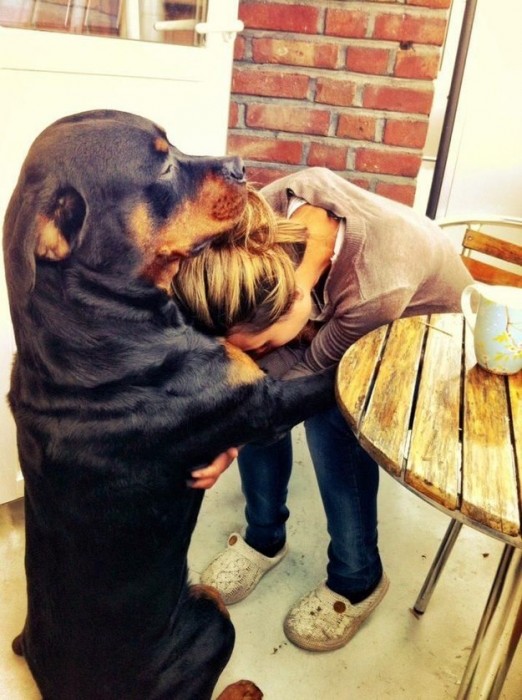 That’s why they’re the best company for you. They’re great companions in happy times, but if you’re sad and need a friend to comfort you, your dog will always be there for you.

17. They’re the best wake-up alarm in the world 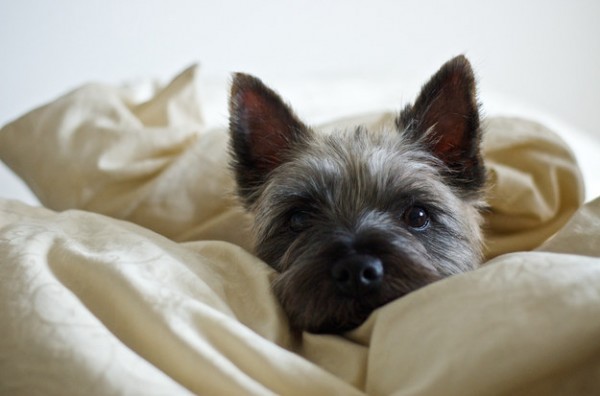 Waking up is better in the company of your best friend. The days are a lot more fullfilling when your puppy wakes up with you or, why not, when your puppy actually wakes you up.

18. And great company for the nights 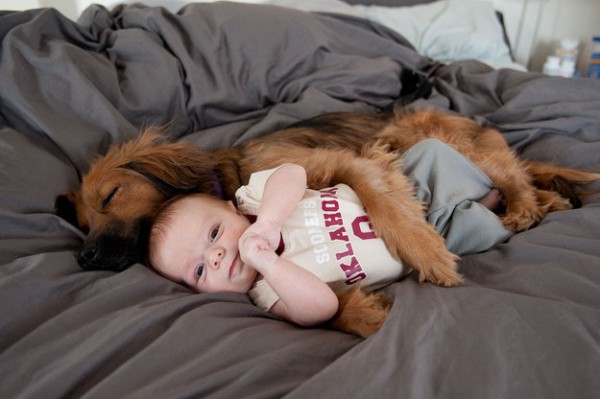 The nights are even better. You or your kids don’t need a teddy bear anymore, your puppy can hug you and take care of you all night.

19. Not to mention, they’re the best kissers in the world 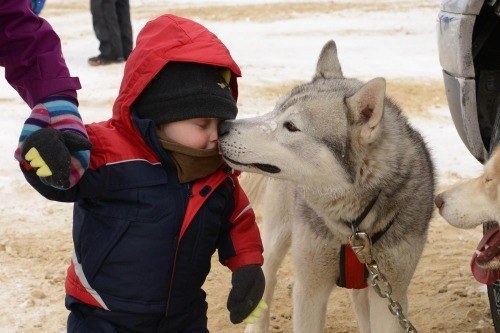 It’s their way of showing love. They also lick us when they’re hungry, when they want attention, and even lick our wounds as a sign of care.

20. Your dog loves you unconditionally, in a way no one else could 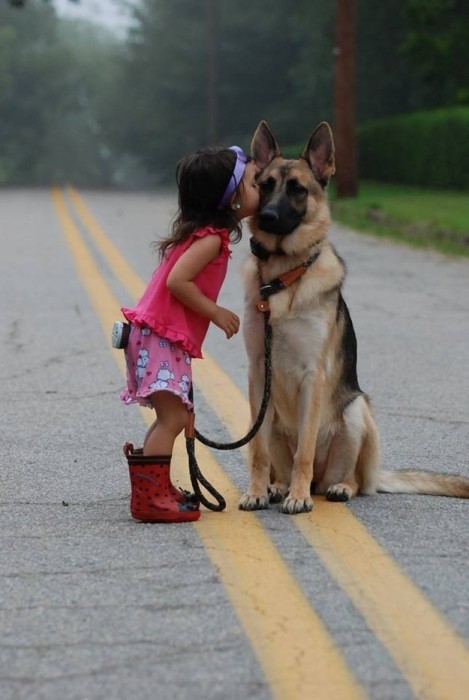 He also loves your children, and becomes their guardian, because dogs love children. Like we saw in some examples, buying or adopting a puppy to grow along with our children is an excelent idea. It creates a bond between them that’ll last forever.

21. And, above everything else, he’s your best friend, and he sees you and loves you for what you really are 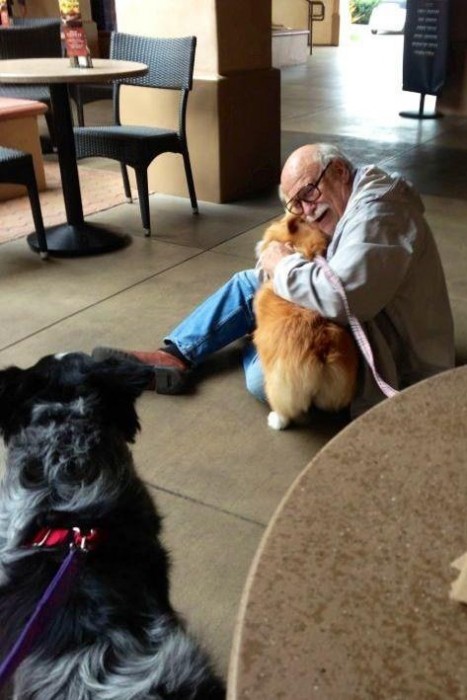 If you still have doubts about adopting a new member into your family, we encourage you from here to allow yourself an opportunity to enjoy an unconditional friend that’ll fill your days with love.