Attention Foodies! Here is the BEST street food around the world

How many times you found yourself walking on the street just wondering what could you eat? I mean, this happens all the time but when we are traveling the search gets even more difficult. The other thing that usually happens is that you see a lot of people eating the same weird food and you can’t figure out what is it. It looks delicious until you finally try it and yes, it is quite different than you imagined. This is based on a true story in NY, when I tried the big pretzels that are in those little food trucks. OMG, I’ve never tried something THAT salty. We are going to share the best street food you’ll find around the world. 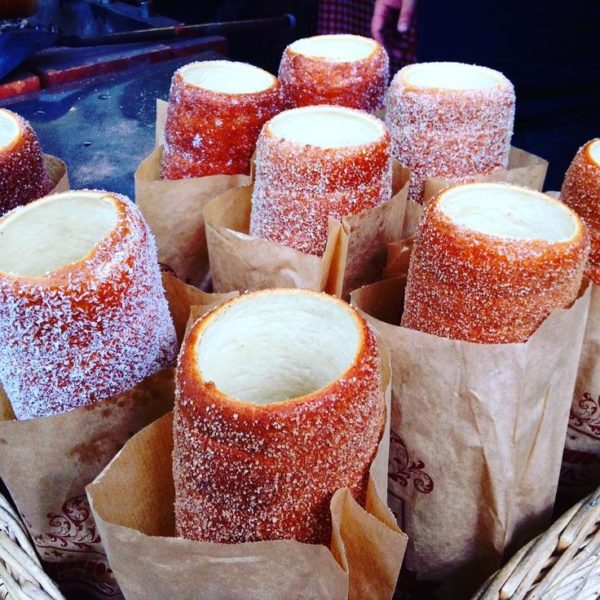 Google.
It is only £3 and it's a kind of Donut. It is called “chimney cake” and is served with a little bit of Nutella. What else could you ask for? 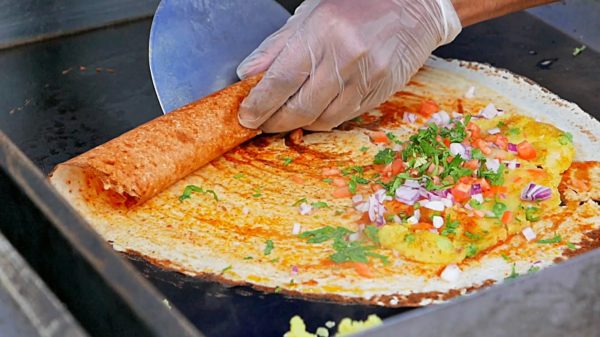 Google.
It is called "Masala Dosa" and it cost something less than £2. If you are not used to having spicy dishes, this can be a little too much for your taste. However, it is a great treat and can be enjoyed walking around. 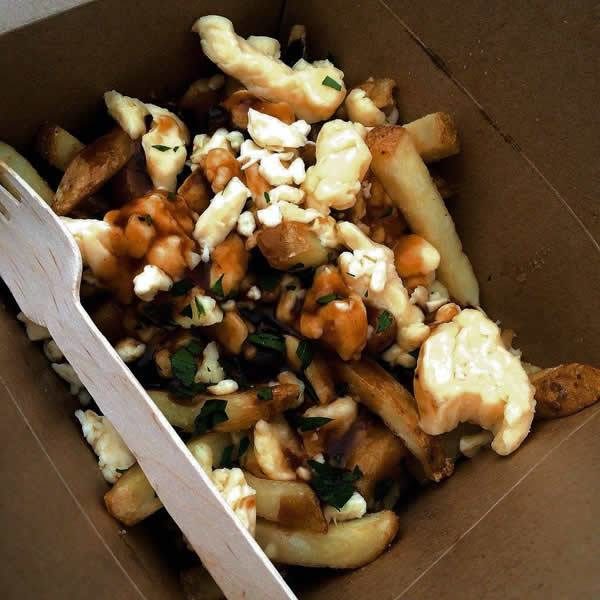 Google.
This one is a little bit more expensive but it is totally affordable. It cost £3.50 and is a mix of different things such us gravy, fries and cheese. It is called “poutine” that means "mess" doing apology to the plate. However, it is not only a mess, it is a great tasteful mess. They say it also helps you with hangovers. 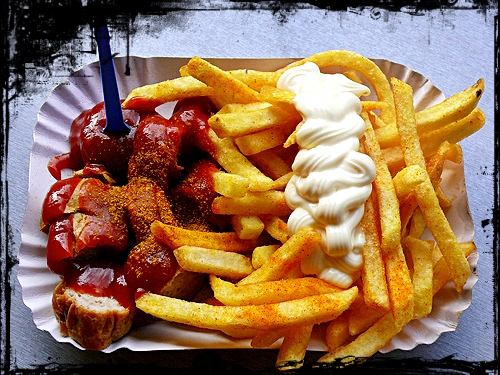 Google.
This one looks pretty normal. However, you can find it anywhere in Berlin, there is a place that became so famous that is called "Curry 36" it sells the best "Currywurst" in the world. The plate comes with sausage, some fries and cool dippings. 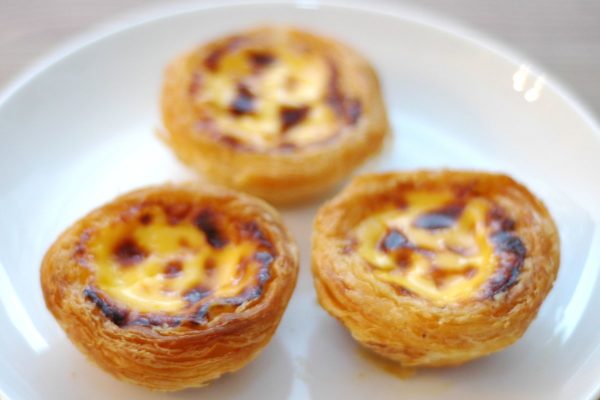 Google.
This one is a sugary treat made out of egg yolk and butter. It doesn't have the best look, however, people say you can't eat just one. It is only £1 and it is all over Portugal. 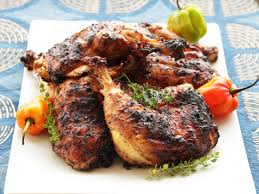 Google.
This one is called "Jerk Chicken" it does not look like a regular street food. However, it is one of the most tasteful chickens in the area. The smell of it is amazing and the taste too. It is called like that because of the way that is cooked. 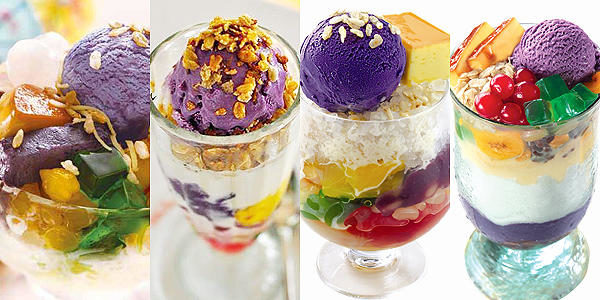 Google.
The best treat for kids in the world! Look how colorful it is. I simply love it. It is called "Halo Halo" which means "Mix Mix" and yes, it is a mix of fresh fruit, ice cream and evaporated milk. It is only £1.50. 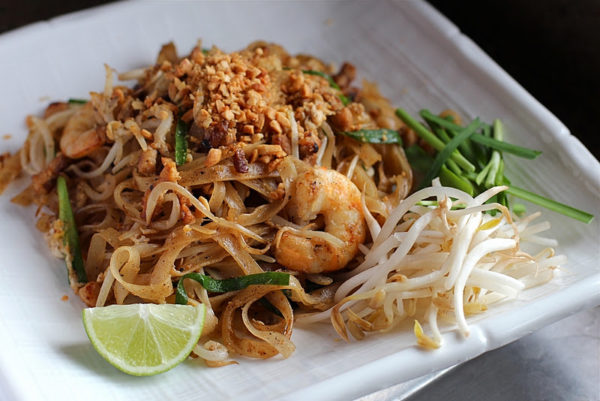 Google.
It is a great dish to eat while you are walking. You can eat it with sticks or with a regular fork. The cool thing is its sourness. It can be accompanied with different sweet sauces that are great in it, you also need to add lemon and you are all set. It is called "Pad Thai" and it is only £1.50 too. 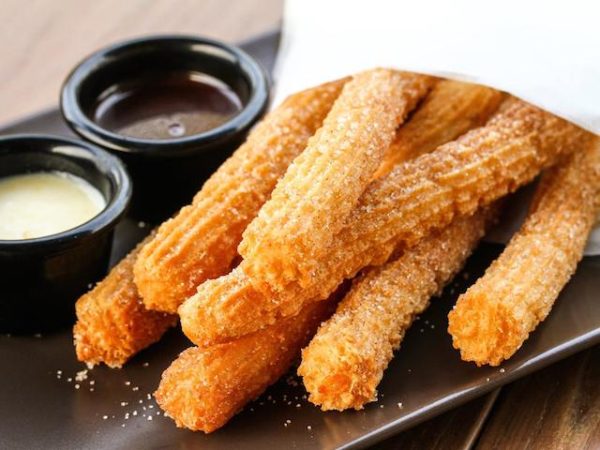 Google.
You need to try this treat ASAP! It is called "Churro". It can have chocolate on top or if you are lucky and you are visiting Argentina they sell them too but with Dulce de leche on top that is a great thing too! It is only £3 you can't miss it. 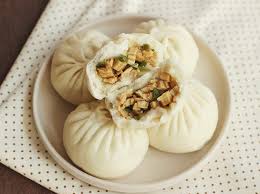 Google.
They are called "Baozi" and are filled with different meats or vegetables. As they are boiled, they have a soft texture that is great. Their price is £1 mostly. Perfect as a mid day treat. 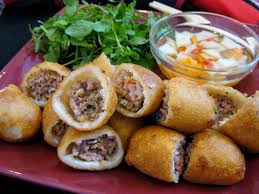 Google.
It is called "Banh Mi" and it is called a "delicacy". People say they get why fusion food is great after eating this. It is really cheap ad most of the street food we've been sharing. You can get it for only £1. 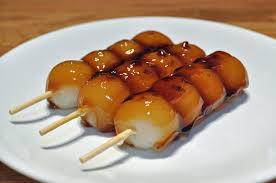 Google.
It is also £1 and it can be served with sweet chestnut paste to sesame seeds. It is cooked in an open fire which also gives a different taste. You can find them coming out from almost any Japanese temple. 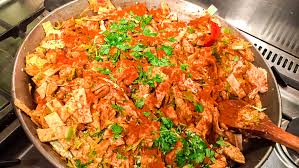 Google.
It is called "Kottu Roti" and as it is from Sri Lanka it is also a little bit spicy. It costs £2 so you can easily buy it and they sell it everywhere. It is a mix of flatbread, egg and meat. 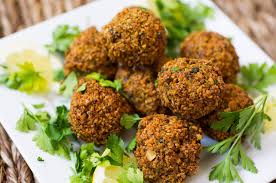 Google.
This is one of my favorite street foods in the world. It is called "Falafel" and you can find it almost everywhere around Tel aviv. You can season it with everything you like and it is also vegetarian. It cost £1.50 so it is very cheap also. 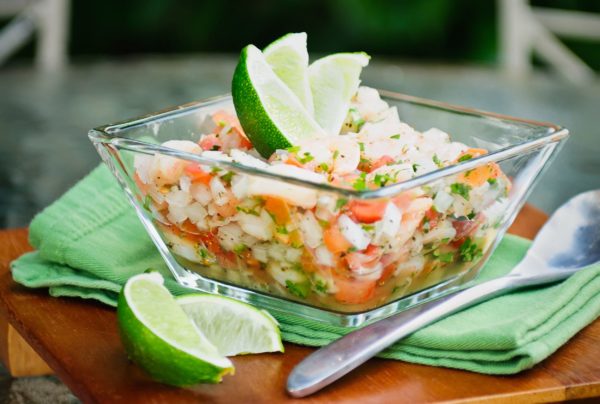 Google.
This one is called "Ceviche" and is made of white fish marinated in citric sauces. Perfect for summer and hot weather. It is only £3 and it is quite tasty. 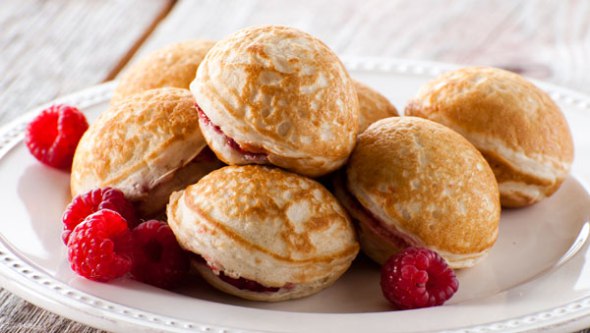 Google.
What could be better than mini pancakes? You can buy 10 for just £2 perfect for walking around while eating something sweet. I can't think of anyone who wouldn't love them. 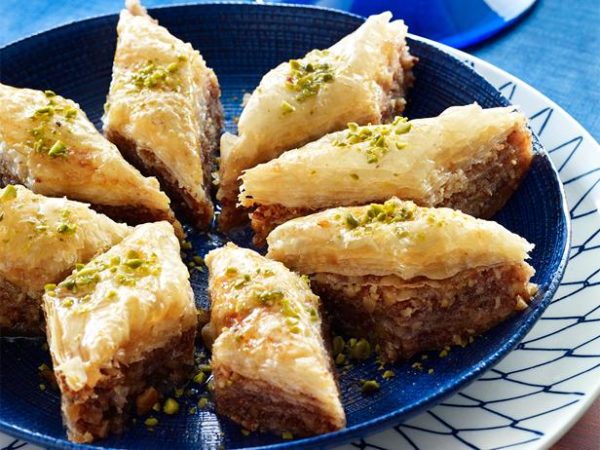 Google.
It is called "Baklava" and is a sweet and sugary treat that you can't miss if you are visiting Turkey. It cost only £2.50 the quarter of a kilo. Amazing dessert! 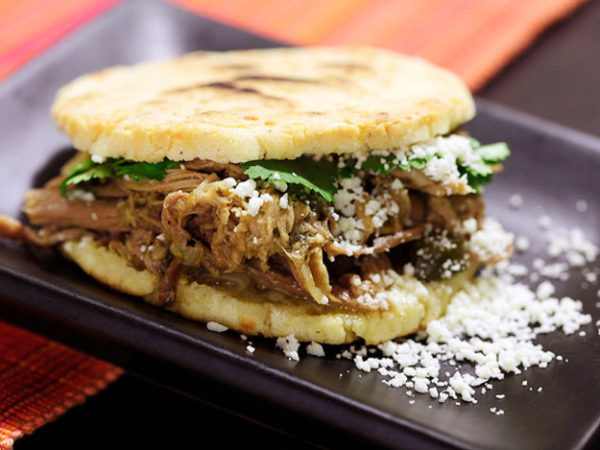 Google.
You can eat them with almost anything. They are called "Arepas" and are very common in Colombia. They are only £2.50 and can be stuffed or not. 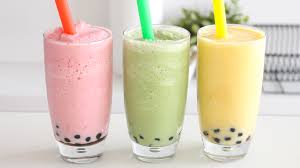 Google.
Only for £1 you can get the most colorful drink ever. It consist in a creamy tea with tapioca balls and is called "Bubble Tea". One of the most beautiful drinks in the world! You can find it in almost every color that's on your mind. 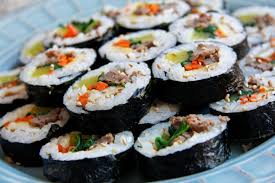 Google.
It is called "Kimbap" and it is a type of sushi. It cost only £1 which is also quite cheap. It is like the classic sushi roll without any fish in it. Perfect for a meal on the go!