Incredible Secrets About Disney Movies You Didn’t Know About

We all love watching Disney movies because they are just the best, no matter if you have grown up, we all watched at least one of these movies, and if you are a big fan of them here are some secrets and curious facts you need to know about the most famous ones.

The first versions of the Beauty and the Beast 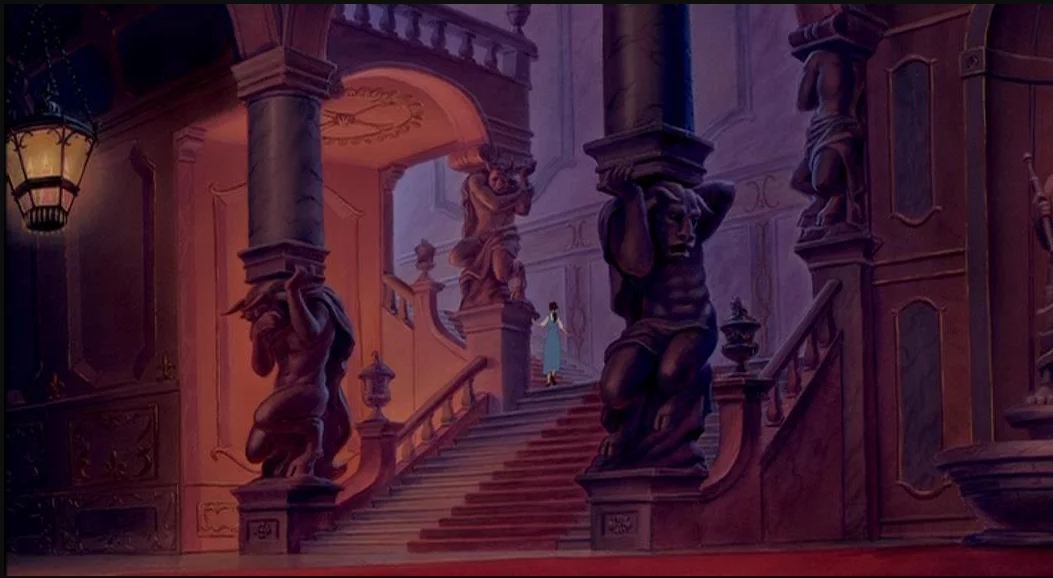 Pinterest
The first versions that were made of this movie have the design of the "Beast" in the sculptures that we can see in the columns of the castle.

Jane is the granddaughter of Beauty and the Beast 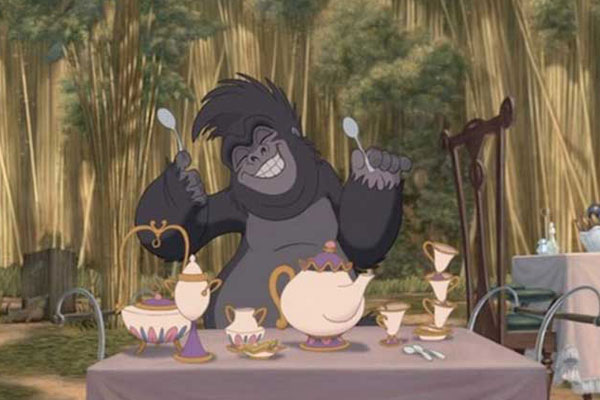 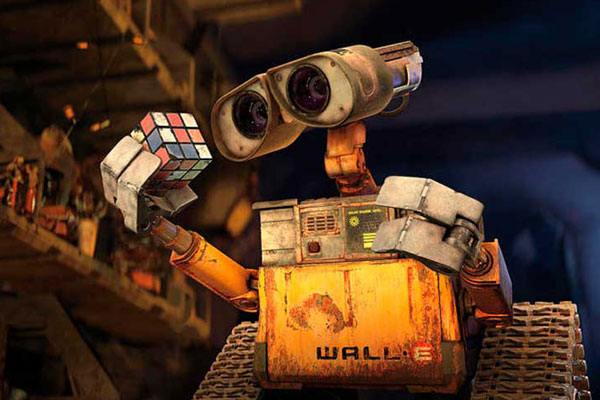 Pinterest
Believe it or not Wall-E was named after Walter Elias Disney, full name of the creator of this magical world.. On the surface of it, it doesn’t seem all that possible or even plausible, but with a little bit of creativity, a simple modification and conversion of Walt’s name brings about a brand new name.

The seller of Aladdin is the genius of the lamp 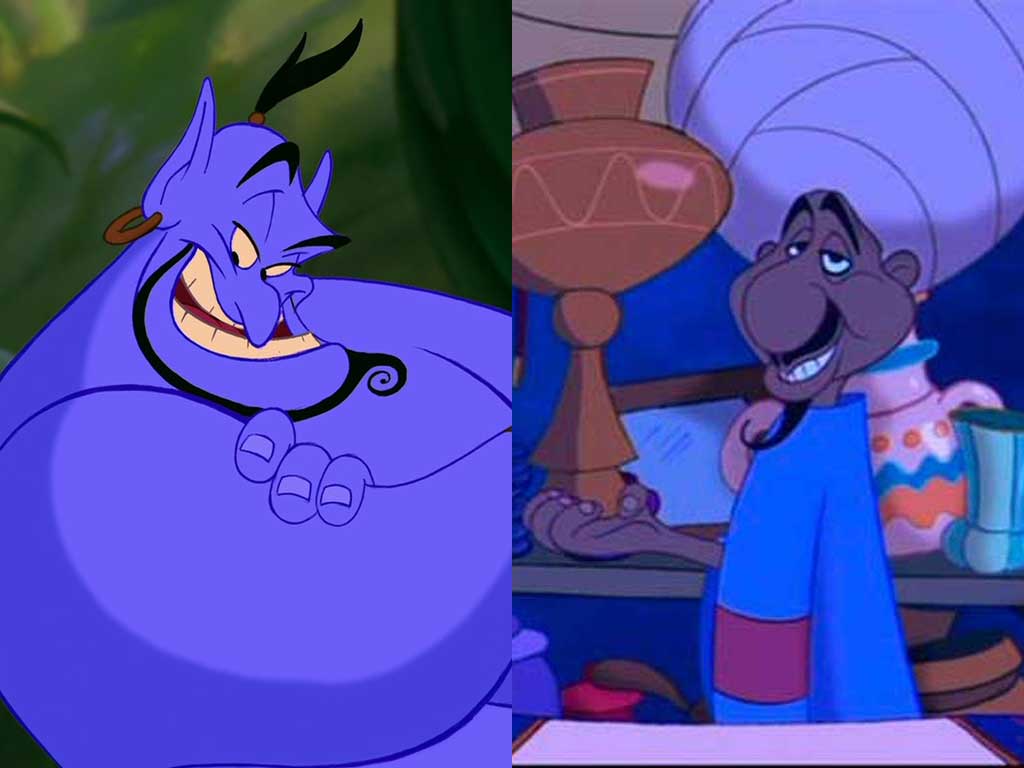 Pinterest
In Aladdin 's movie, the street seller who appears at the beginning of the film was originally created to become the Genie later on. Therefore, Robin Williams made the voice of both characters. This facty was also confirmed by the creators. 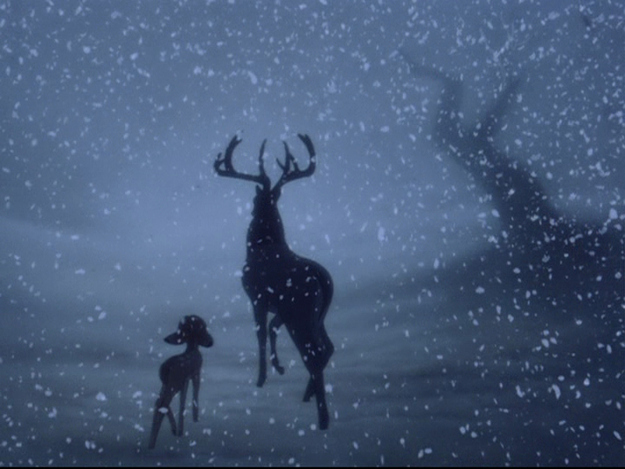 Pinterest
After the success of Snow White, Walt bought a house for his parents. A faulty heating system installed in the parents' new home caused death by carbon monoxide poisoning and Flora Disney, Walt's mother died, and since that incident his films has reflected on it. 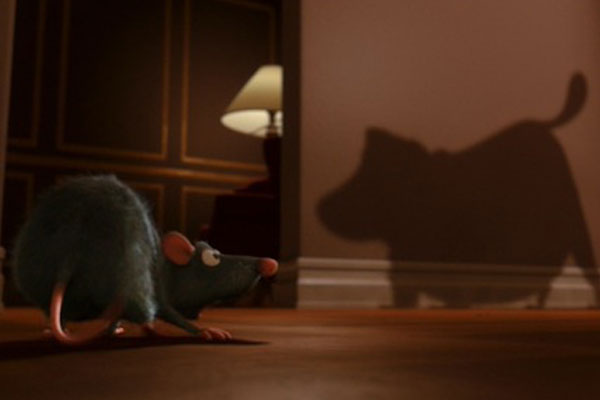 Pinterest
In a little scene of the movie Ratatouille , in which our protagonist walks in to a room, you can see the shadow of Dug, the talkative dog from Up .

The Pizza Planet truck appears in all the movies 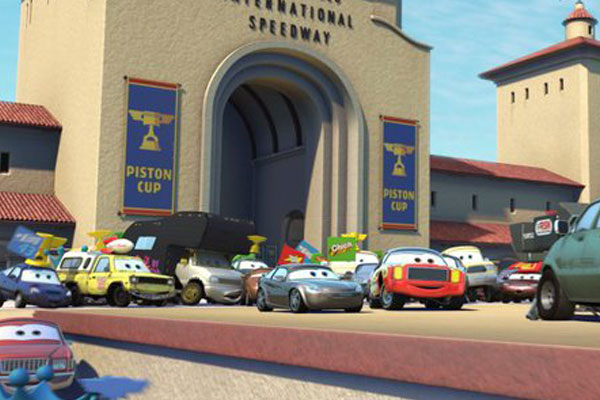 Pinterest
The Pizza Planet truck appears in every Pixar movie. Like the jumping desk lamp Luxo Jr., the Pizza Planet truck has become a Pixar symbol. Over the years the studio has managed to work it into all of their films, starting with Toy Story, through to Finding Nemo, Cars and even Brave. Yes, Brave, which is set before cars were even a thing.

Sully from Monsters Inc. makes his appearance in Brave 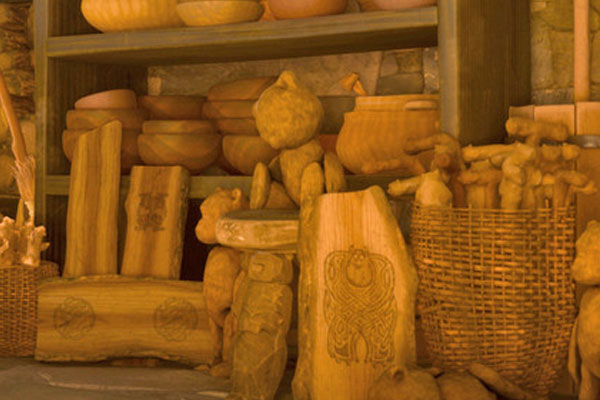 Pinterest
If you're a careful viewer, you might have noticed that Sulley, from Monsters Inc., appears as a carved figure in the house of the old witch in the movie Brave. Here's also the Pizza Planet truck. This is because one hypothesis asserts that the witch is Boo in the future.

Walt Disney had real animals to get inspired 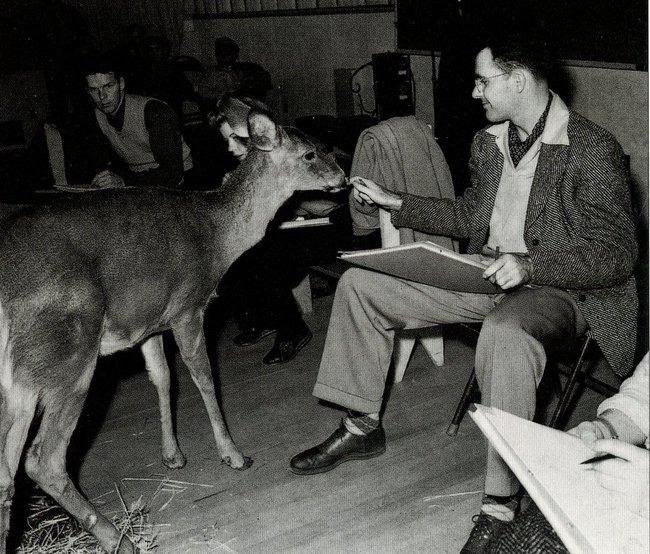 Pinterest
During the production of Snow White and Bambi , Disney had real animals so that the animation studio could be taken from them as reference.

Pinterest
Almost all Pixar movies refer to the company Apple, founded by Steve Jobs. When Steve Jobs finally sold pixar in 2006 for more than $ 7 billion, the deal looked more like a creative takeover by the junior partner. For at that moment, the traditional house of Disney animation wandered aimlessly after several failures. 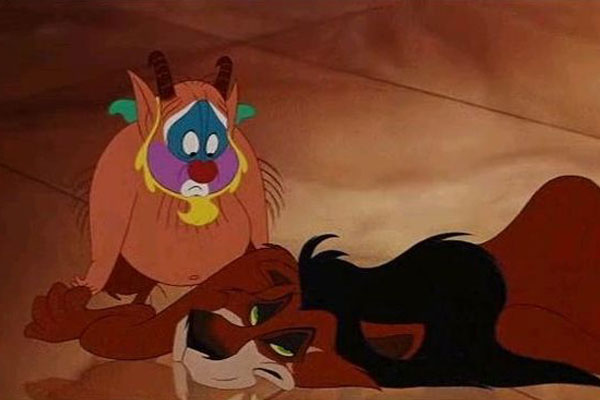 Pinterest
In a scene of the classic Disney film, Hercules, the protagonist hunts a lion and then takes it as a trophy. Upon seeing the picture in detail, you can see that this lion is Scar, the villain of The Lion King.

Pinterest
To make Snow White's skin tone look as real as possible, real makeup was applied to ton her. This was the first Disney movie to use this technology. 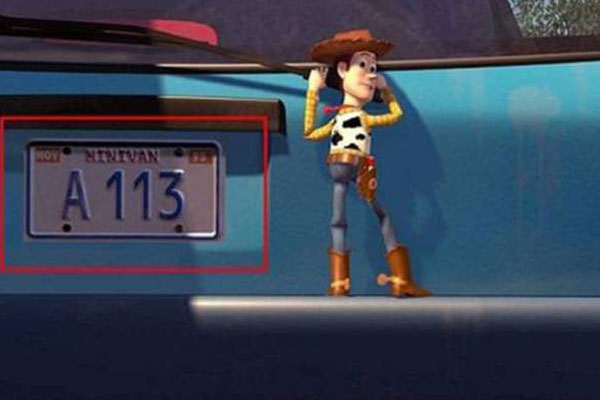 Pinterest
"A113" is a mysterious code that appears in several films of Disney and Pixar. The number refers to a room at the California Institute of the Arts, where many animators of the company learned everything.

The girl who did Boo's voice improvised everything 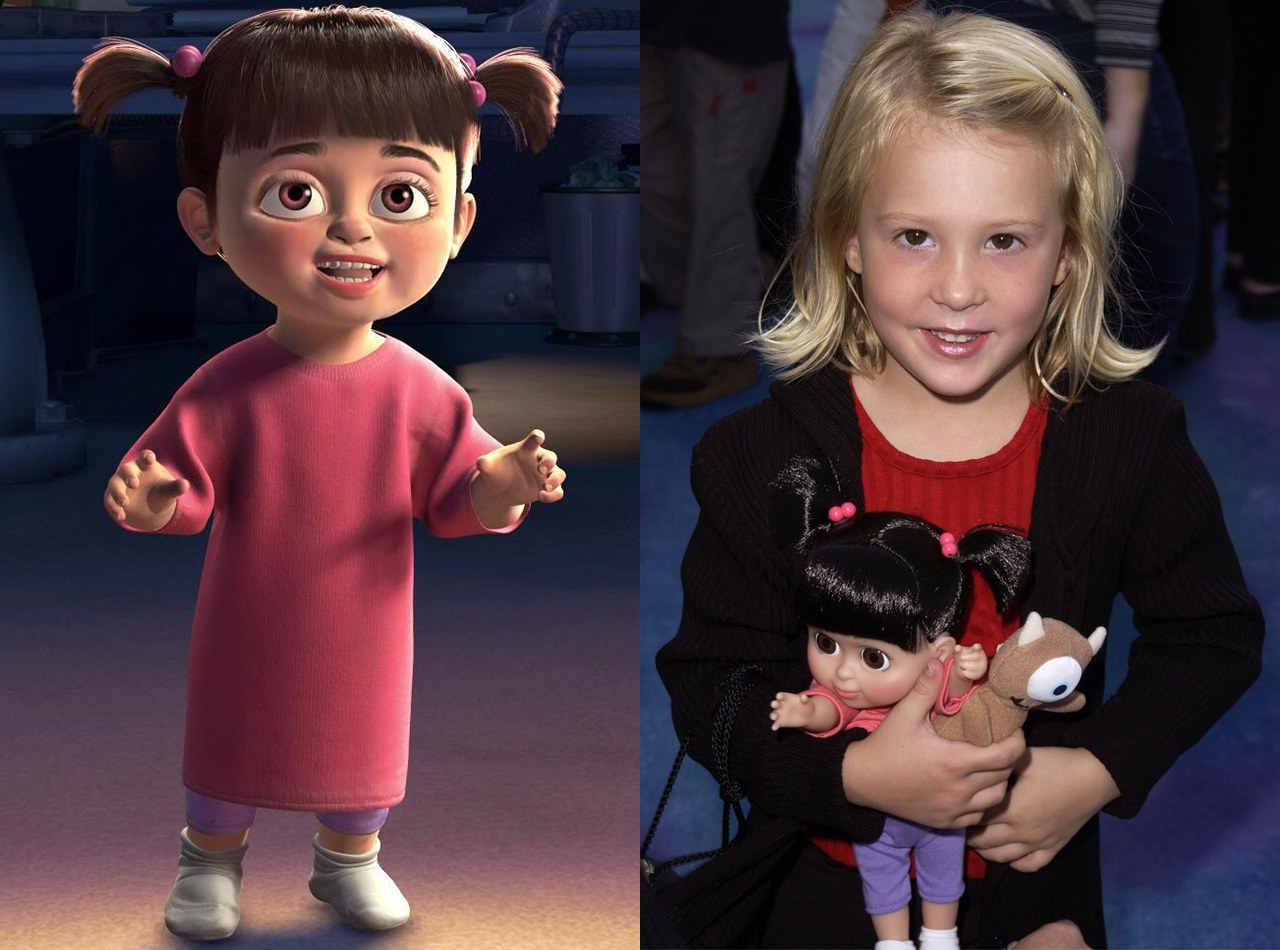 Pinterest
Boo's voice in "Monsters Inc." was made by Mary Gibbs when she was just a baby. The production team had difficulty getting it recorded so they followed her throughout the studio and the final dialogue was a set of things she said while playing

Andy from Toy Story is family ralated to UP! 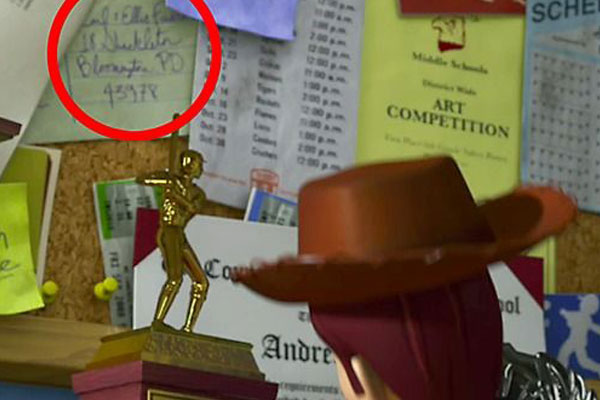 Pinterest
A postcard sent by Carl and Ellie Fredricksen, from Up, can be seen in Toy Story 3 , pasted on Andy's bulletin board. This could mean that Andy is related in some way to Ellie. 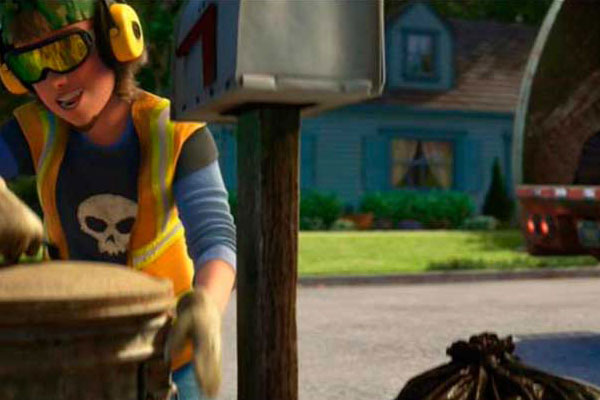 Pinterest
Sid, the psychotic child of the first Toy Story movie, makes a brief appearance as a garbage collectors in the third film of the saga. 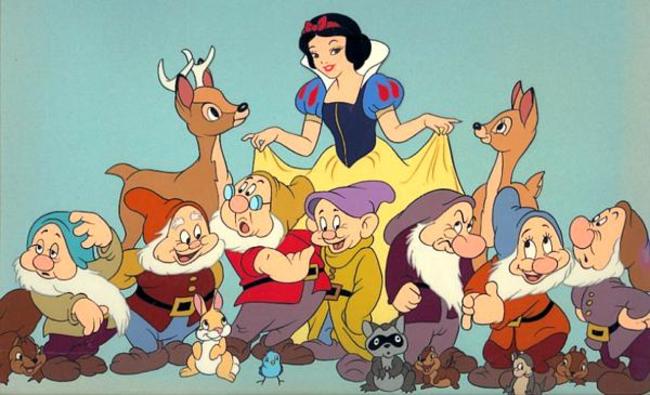 Pinterest
Some of the early dwarf names were Jumpy, Deafy, Puffy, Burpy, Stuffy, Lazy and Wheezy. Hilarious, sure, but we think Disney ultimately made the right call, going with the names Doc, Sleepy, Grumpy, Sneezy, Happy, Bashful and Dopey. 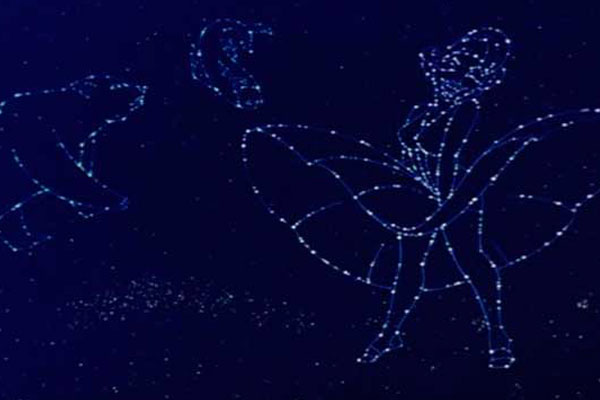 Pinterest
The star-shaped silhouette of the famous Marilyn Monroe makes an appearance in the music video of Zero to Hero , of the film Hercules , in her so famous pose with the skirt raised by the wind.

The Little Mermaid was inspired by Alyssa Milano 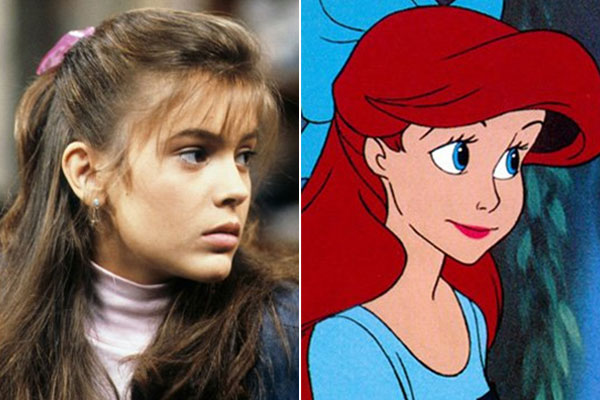 Pinterest
The storyboard creator of The Little Mermaid created Ariel, the protagonist of the film, based on actress Alyssa Milano, who was then starring in the television serie Who's the Boss?
Compartir este artículo
Mundo.com