You will be surprised to discover with us that these famous houses we all have seen in the cartoons actually exist in real life, and they are identical to what they look on television.

We all grew up watching cartoon, and we never imagined that in the real world these houses can even possible exist, but they do.

So check them out!

The Simpsons' in real life 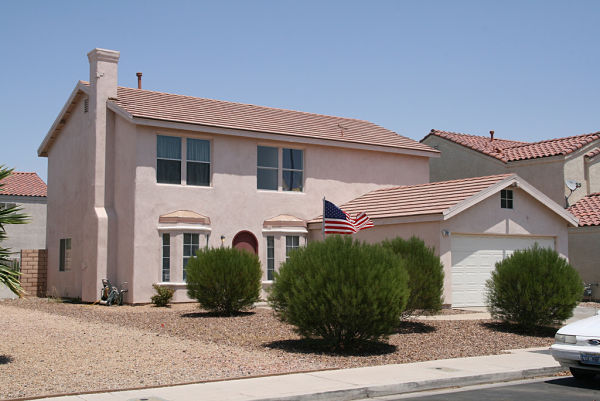 Pinterest
This peculiar construction was made based on the design of the American animated comedy and costs approximately 120 thousand dollars. Barbara Howard is one of the million0 fans of The Simpsons and in 1997, impelled by a competition that FOX did, she constructed the house exact replica.

The House in Caricature 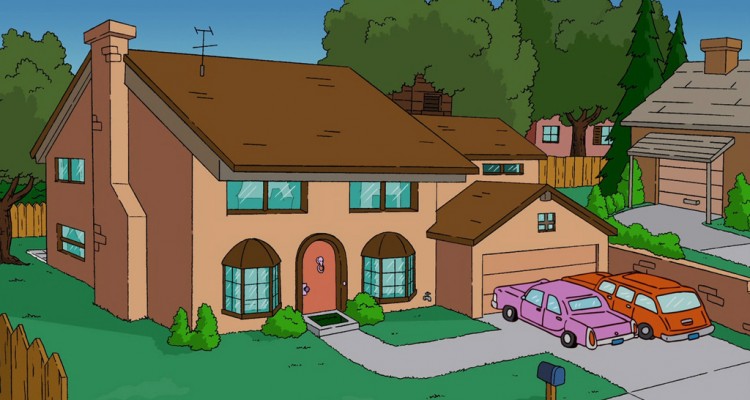 Pinterest
After the success of the serie, the Fox Studios decided to build a replica of the house, both externally and internally alike and gave it to a fan. Nowadays the house no longer looks like it did before but it maintains the structure, and located in Nevada, Las Vegas. 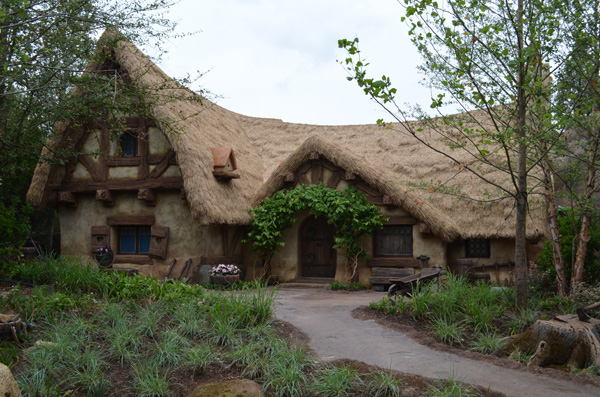 Pinterest
Karen Morgan was a big fan of the Disney film, so in the 70's her husband built the replica of the cabin, they did it by parts but at the end they were astonished by the resemblance with the original and fictional house. 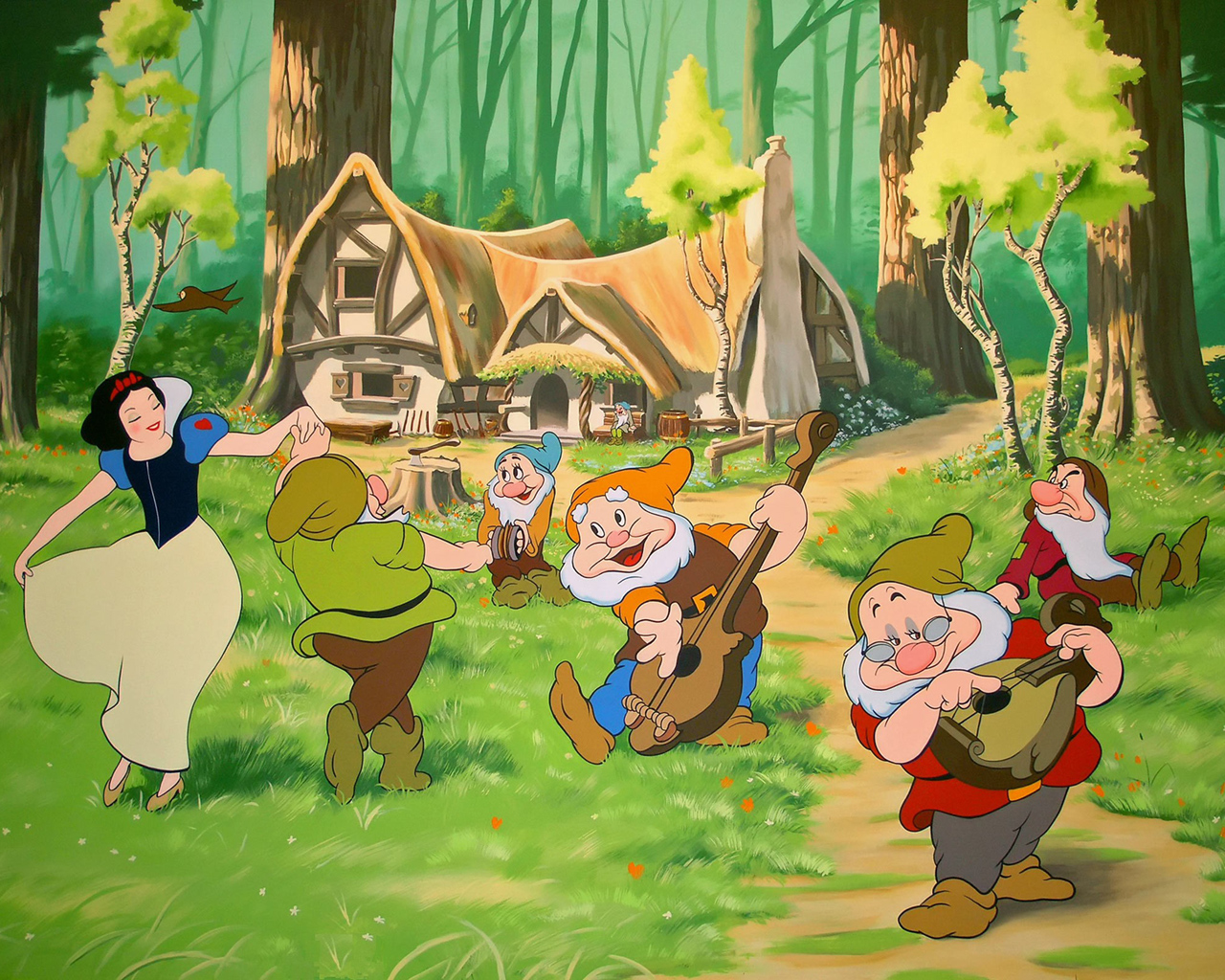 Pinterest
Evonne Bess, who bought the house in 2005 decided to add more touches inside to increase the resemblance of the house of the 7 dwarfs. If you want to visit the house is in Olalla, a few minutes away from the city of Seattle.

UP! in real life 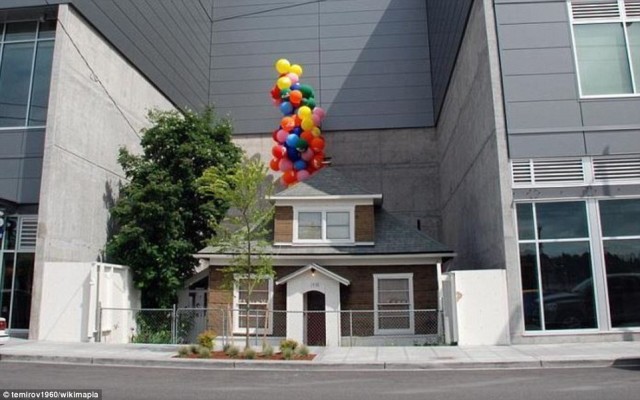 Pinterest
Unlike what happens in the Disney movie, the story of the real house that inspired Up does not have a happy ending. Its owner, Edith Macefield , died of pancreatic cancer on June 15, 2008 without being able to see the film based on the heroic struggle to keep his family house. 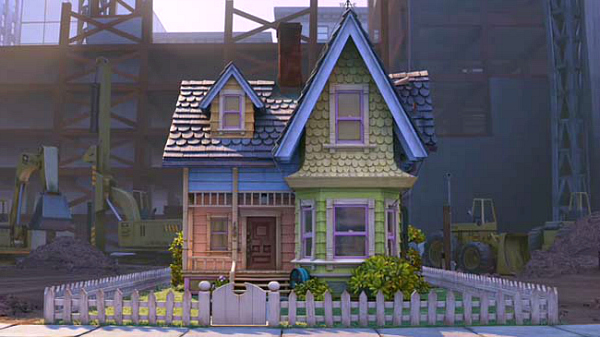 Pinterest
The famous home surrounded by modern buildings in Seattle came to Barry Martin, a foreman who became Macefield's best friend and caretaker in his later years. 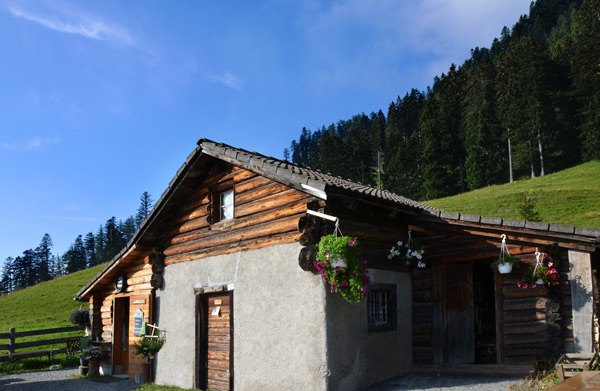 Pinterest
We all saw at least once this serie, Heidi was a girl who lived with her grandfather in the spruce house, where she lay on her bed of hay to stare at the stars.

Pinterest
Both houses look just the same, we bet that the owner of the real house feels like part of the serie, just imagine coming down stairs and having breakfast made the grandfather. 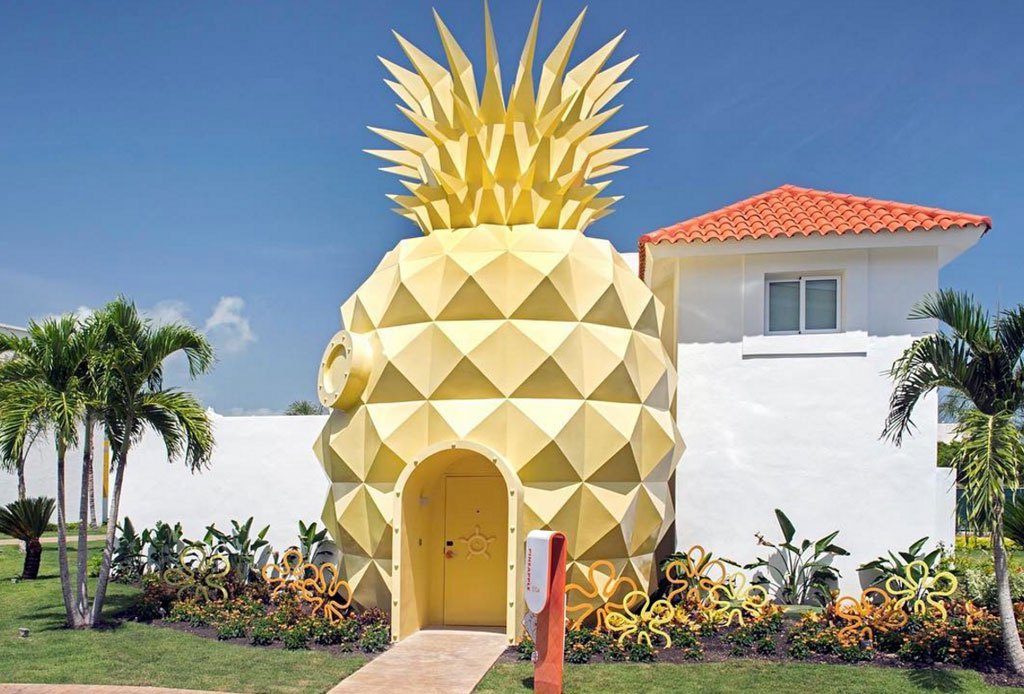 Pinterest
It's an all-inclusive family-friendly resort with two bedrooms, three bathrooms, a dining room and Gary guiding you throughout your stay. The master suite has a king size bed and smart devices. The bathroom is huge and it's decorated with marble. 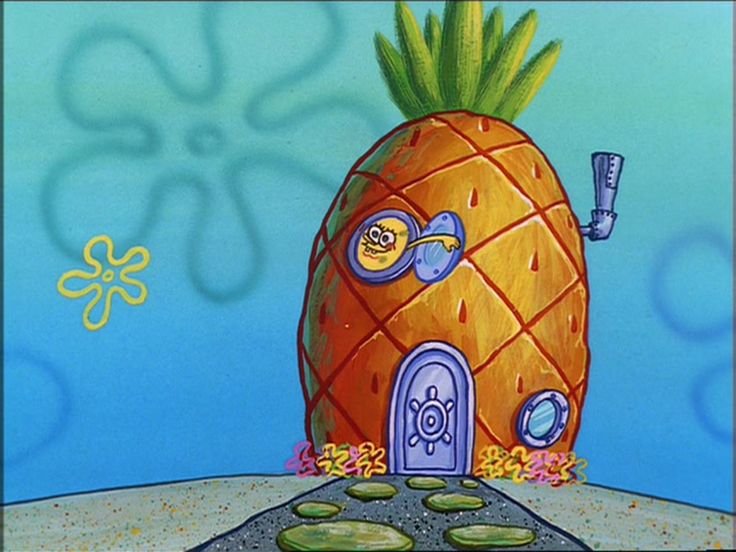 The Flintstones in real life

Pinterest
Dick Clark, an American well-known TV host, has put on sell his $ 3.5 million ($ 2.6 million) house-inspired Malibu house (California). Located on a lot of more than nine hectares, the house has 360º views of the city and the sea.

The Flintstones in caricature 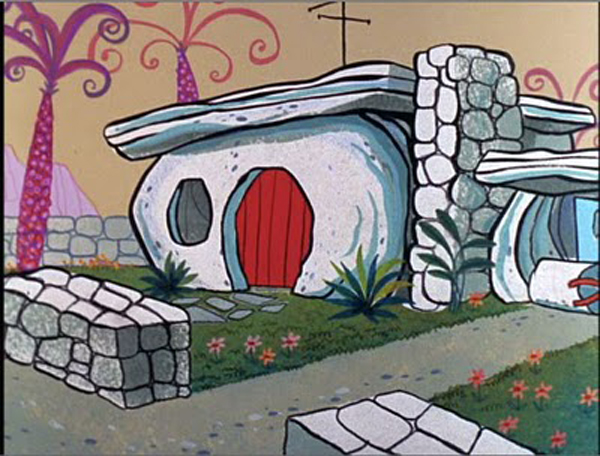 Pinterest
It's a privileged home that like the house of Pedro Picapiedra, who is the protagonist of one of the most famous television cartoon series of all time. The house has a bedroom and two bathrooms, a kitchen, living room and a wine cellar, although it has its unique personality with vaulted ceilings and the design based on the use of glass.

The beautiful house of Minnie Mouse 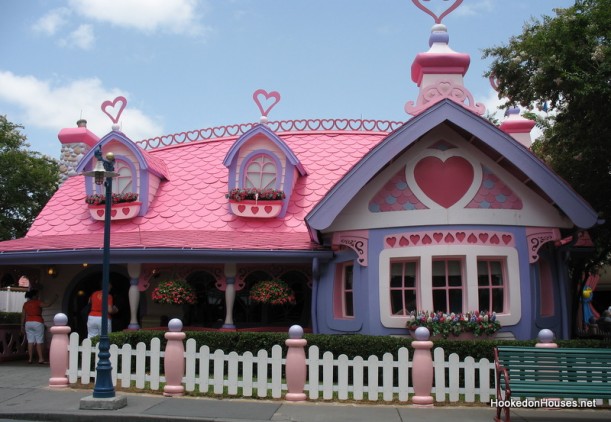 Pinterest
This is a replica of what we have seen in the cartoon and you can visit it at Disney's amusement parks in the "Toon Town" area where you will also find the homes of Mickey, Donald, Tribilín and the rest of his friends.

We have all dreamed of living in that house 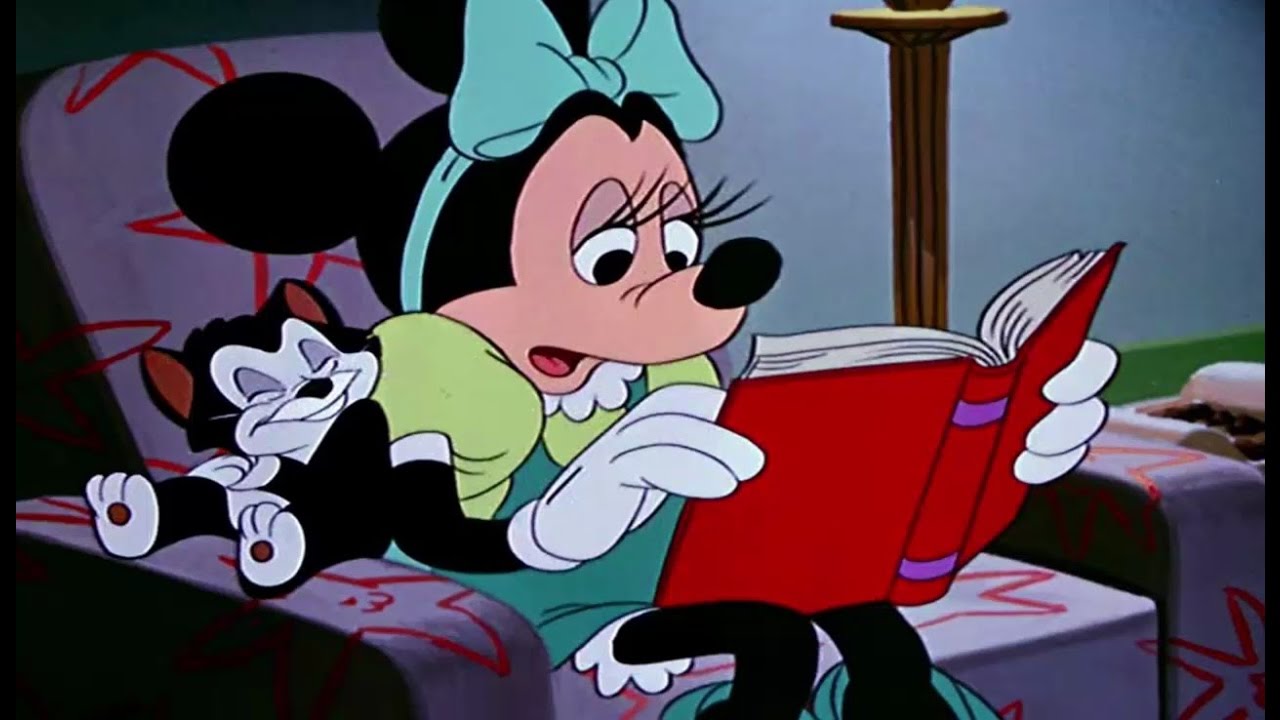 Pinterest
In one of his first interviews as president, Barack Obama confessed that his little daughters Malia and Sasha dreamed of being able to live in Minnie Mouse's house, and she is not the only one, many girls dreamed of it at some point in their lives.

The Hobbit's house in real life 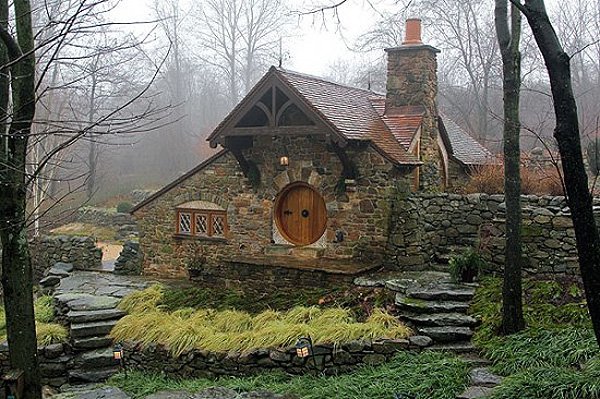 Pinterest
Simon Dale, a British man decided to build a house,  $ 5 thousand were enough to make his version of Bilbo and Frodo Baggins' cabin; there are solar panels to generate its own electricity and a wood-based stove.

The Hobbit's house in the movie 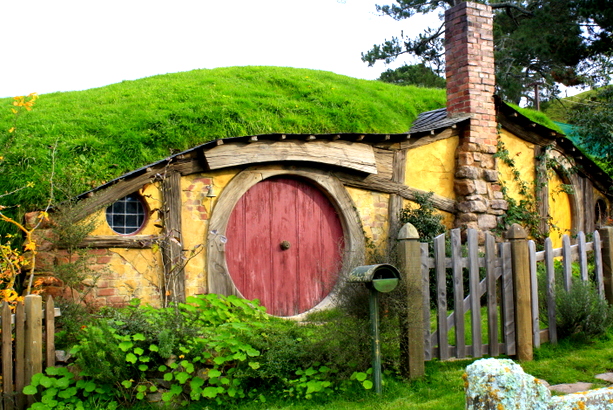 Pinterest
The truth is that since the films of The Lord of the Rings and The Hobbit came out, many people around the world have recreated these tiny houses for hobbits.

The Millennium Falcon made home 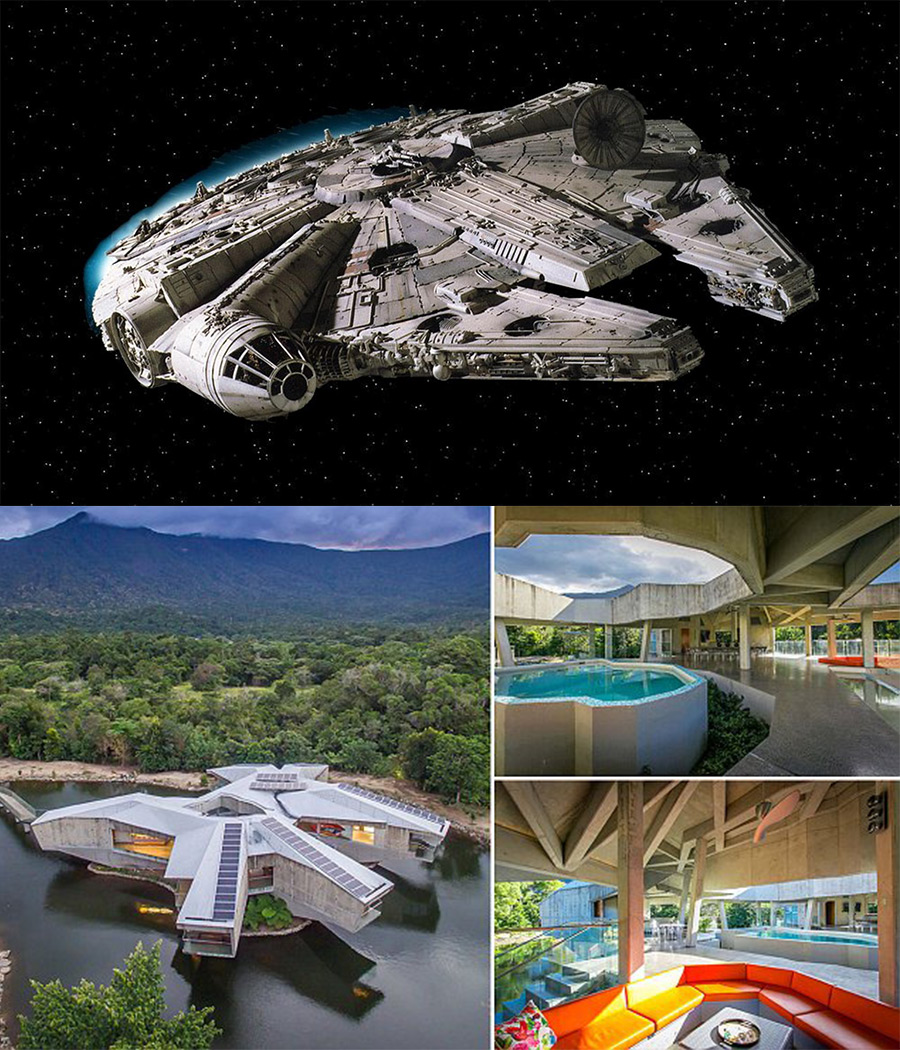 Pinterest
In 2009 a Star Wars fan, Rod Perry, carried out the project of building his house in the shape of the Millennium Falcon or Millennium Falcon , the spacecraft of the saga, in the remote region of Queensland, which lies between the eastern rainforest of Australia.

Who wouldn't want to live there! 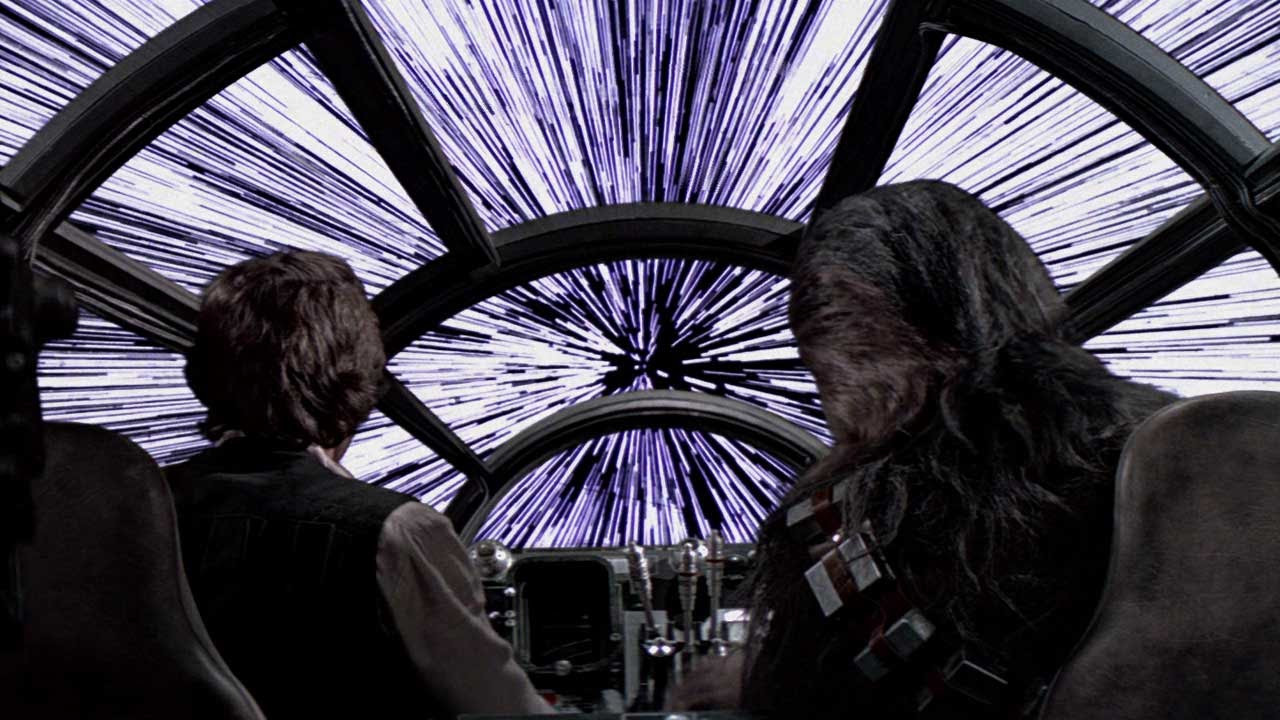 Pinterest
With a completely futuristic style, the house is located exactly in the middle of a lake. Its construction made of concrete, steel and wood, allows an adaptation to the temperatures and humidity of the area, while a series of solar panels provides them with independent energy. 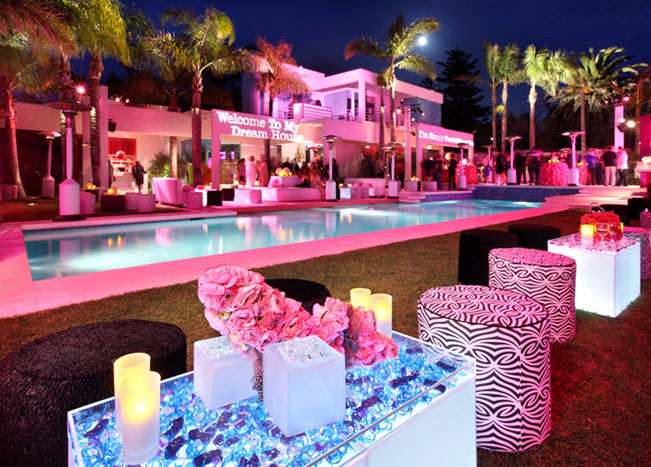 Pinterest
When Barbie turned 50 years on the market, the Mattel company decided to reward the doll's fans with a replica of her dream mansion in the city of Malibu. The house is completely white with different shades of pink and has all the accessories you can imagine.

There are several versions of the Barbie mansion 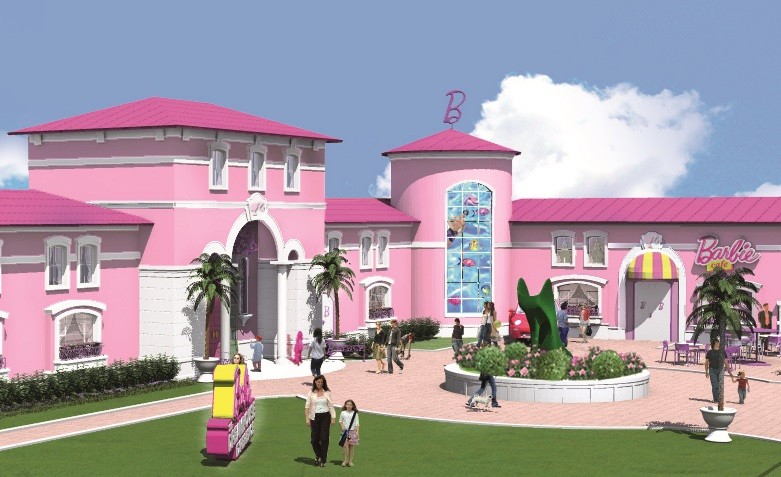 Pinterest
In Berlin, Germany there is another version of Barbie's house, built in real size, interactive and decorated in pink and purple, where visitors can try on the clothes of this popular doll, play the piano and bake virtual biscuits.
Compartir este artículo
Mundo.com